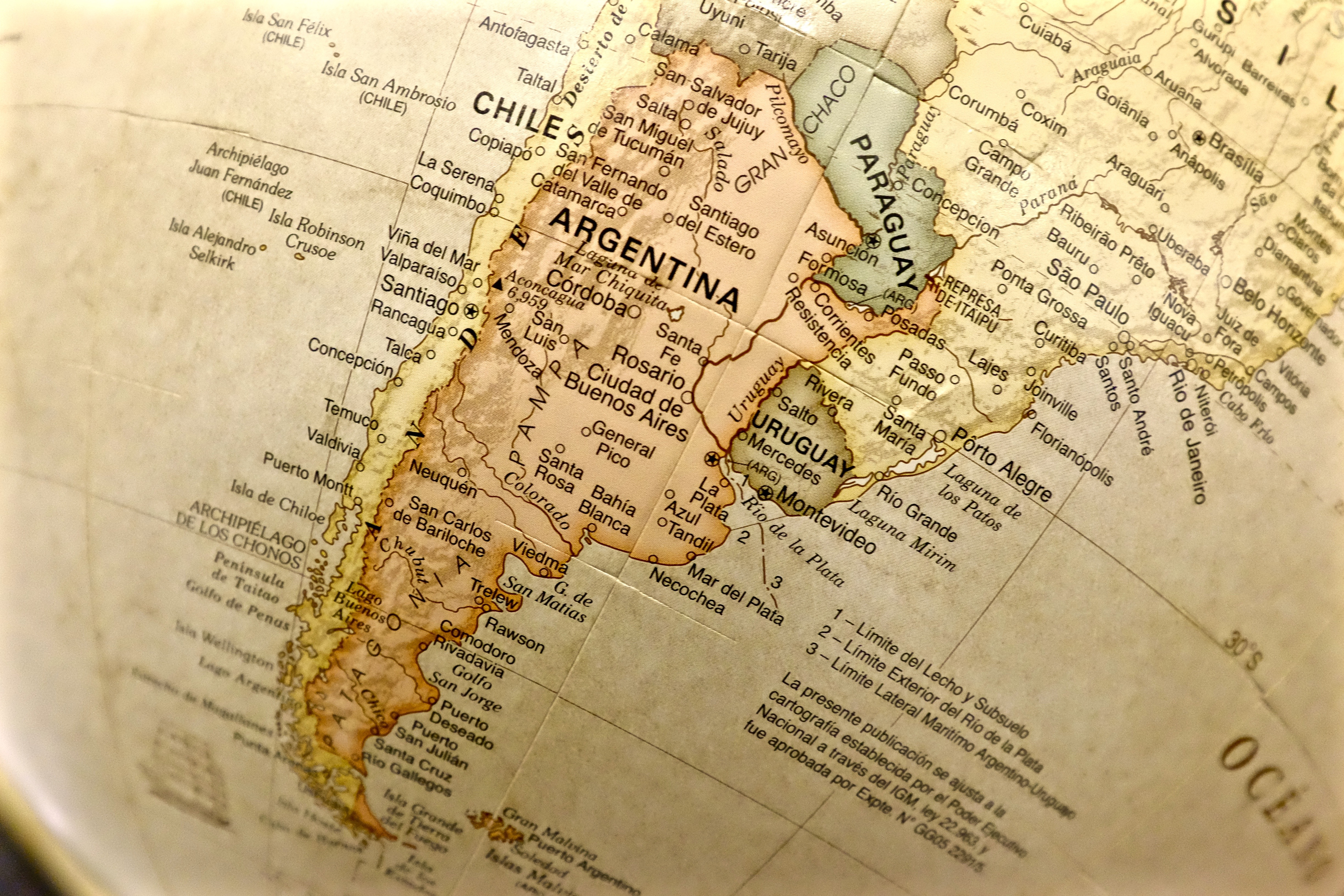 In this second part of my journey through Argentina I fly down to the bottom of the country to the strange and mysterious world that is Patagonia. Steeped in mythology and folklore it has often been cited as the end of the world. It’s a fascinating and extraordinary confluence of nature and expectation. I wanted to find out what all the fuss was about so decided to see for myself. 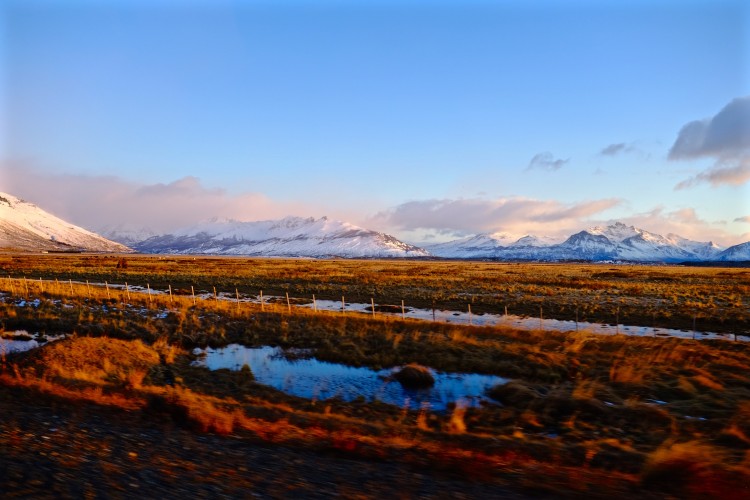 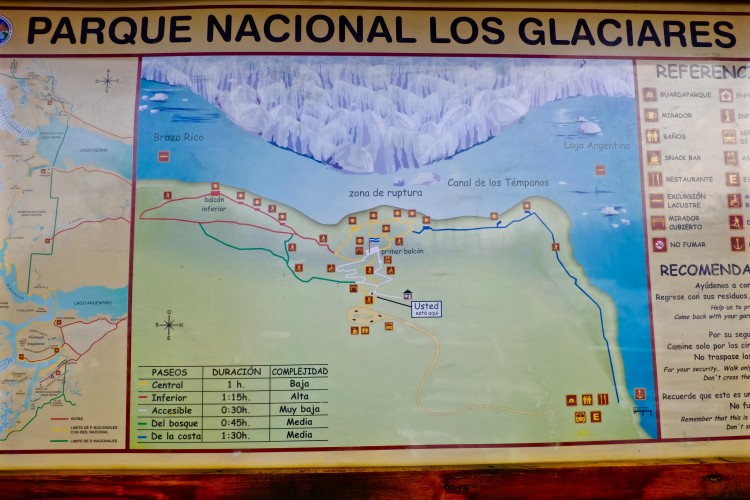 The first thing you have to realise about this part of the world is that it is remote, really remote by land or boat but strangely quite easy to get to from Buenos Aires. Three hours in a plane will do it. It’s worth planning ahead and working out where you’re going to stay when you embark on what will be a trip of a lifetime, trust me. 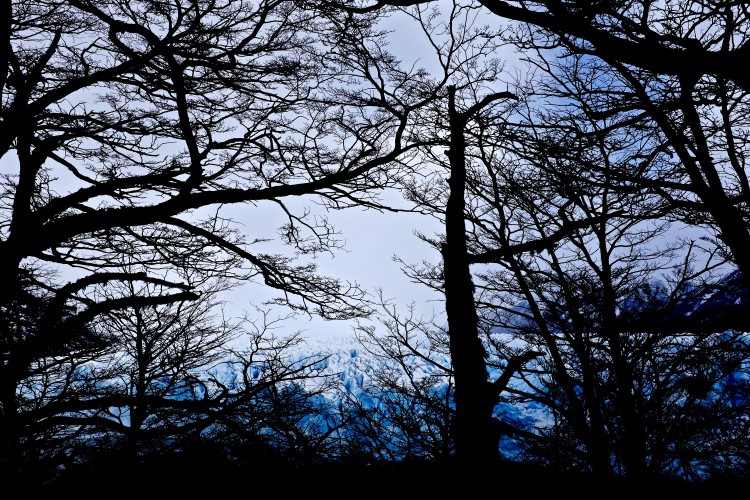 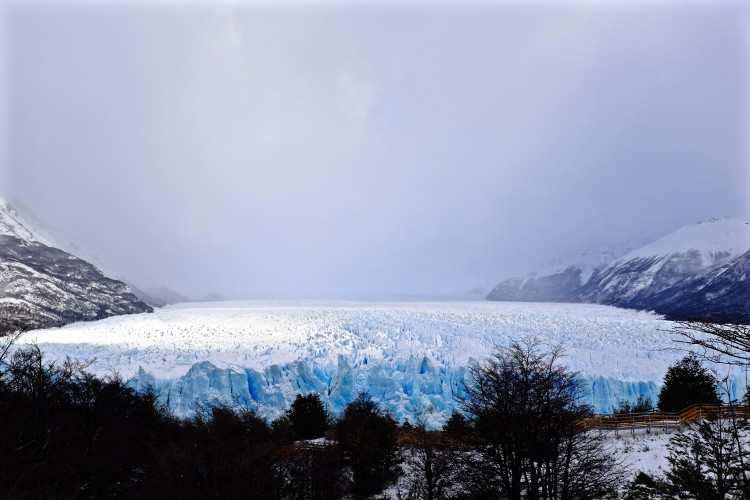 From a temperate Buenos Aires to the chilly and cold El Calafate my plane arrived late at night. The airport is small but full at 2am with fellow passengers. It was a shock to walk outside and view the sky. The stars were so clear and ‘near’ I really thought I could reach out and touch them. I could tell this was a special place. 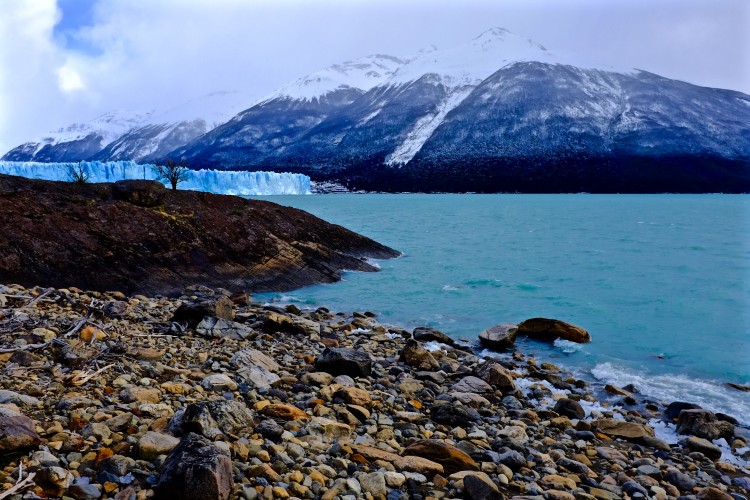 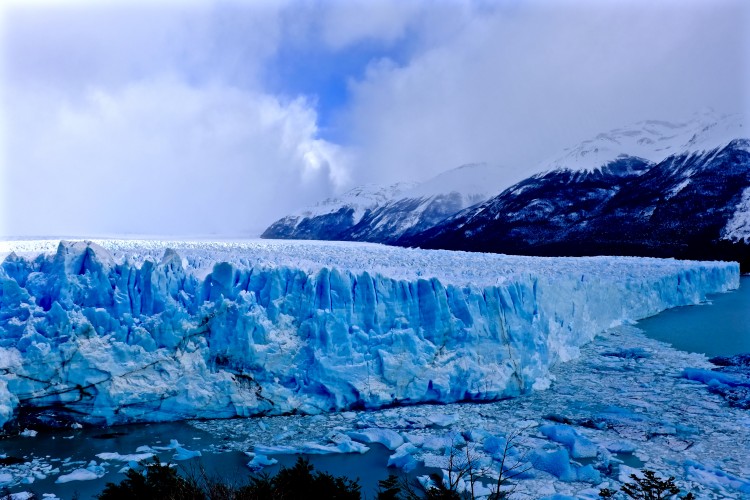 I checked into the 5* Los Sauces. Decorated in the Patagonian vernacular think chunky stones fireplaces, trophy antlers on the walls and think rugs on the floor. It’s very comfortable and chic with a touch of folk. President Cristina Fernández de Kirchner owns the hotel and also designed the interiors. She’s done a good job with a luxury factor present without it losing some of its authenticity. 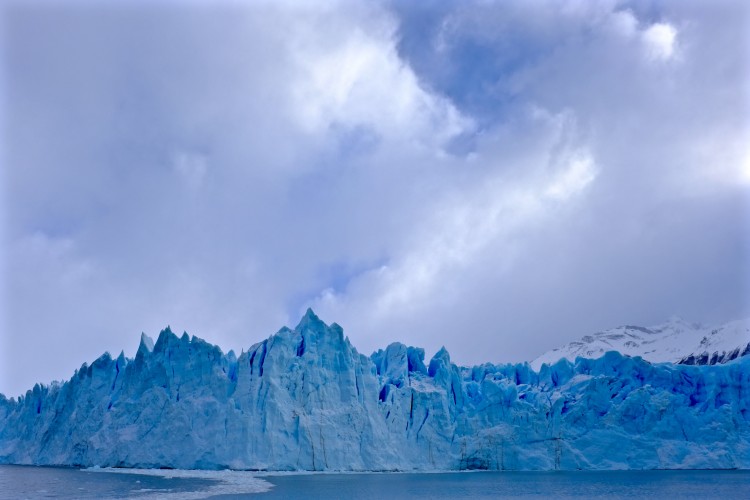 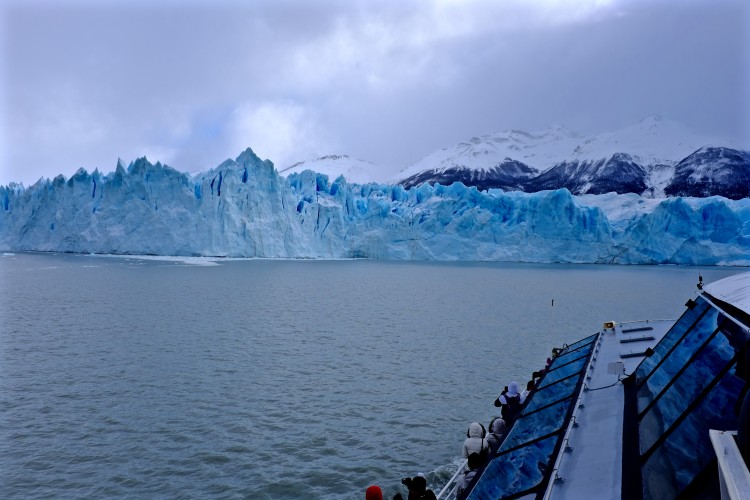 The great breakfast of eggs, meats, fruits and pastries set me up for a day in the Parque Nacional Los Glaciares. We drove through estancia (farms) where it is as common to find armadillo, as it is sheep. Puma are plentiful and prey on sheep, they can kill up to 40 in one night; they are hunted but have sanctuary in the national park. It’s about £20 to enter the park, which is a wilderness paradise with lakes, mountains and of course glaciers. 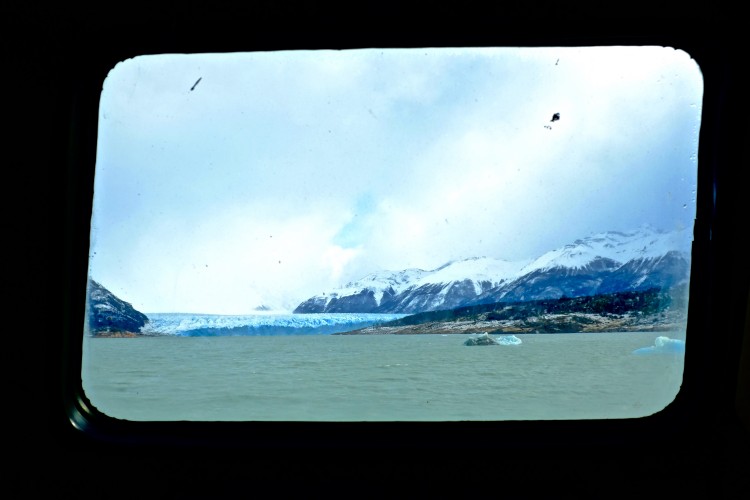 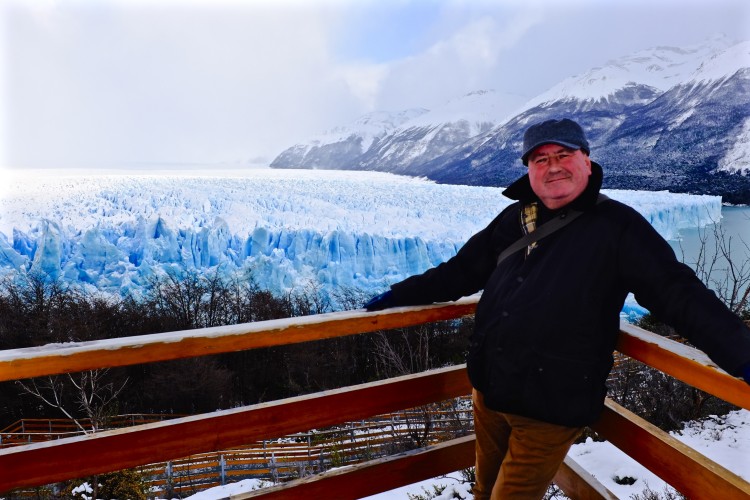 Escorted tours are in plentiful supply in El Calafate and it’s best to use one. You will miss out on so much if you don’t, plus you might endanger yourself as the park has a harsh environment. The guides will navigate through the ice and snow. It’s possible to trek on the glacier between August and May if you feel up to it! 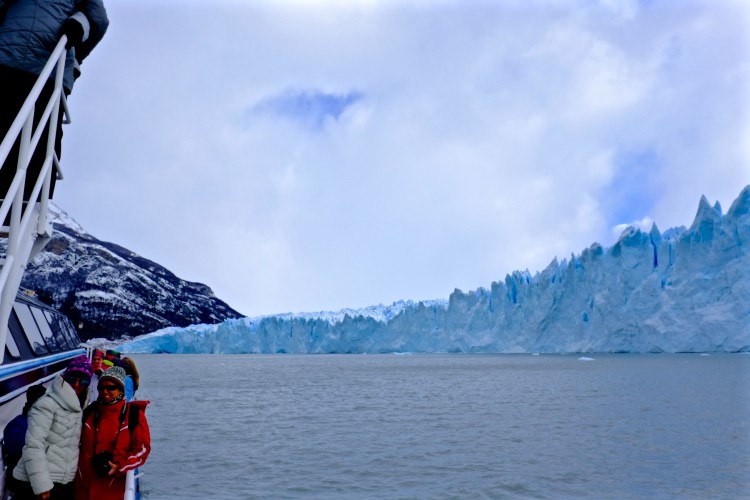 The glaciers here are truly stunning. My first view of one was from a distance of 7km and it was enormous about 30km wide and between 50 -70m tall. The ice at the bottom has been there some 300 years and the vertical face is a knarled blue and white ice with a rough texture like frozen wave formations. A lone condor flies high above looking for food. Winter is said to sharpen their eyesight looking for the meager pickings that make up their food.

The sheer enormity of the glacier is hard to comprehend the closer you get. I can see a direct comparison with Eguazu and the falls in the north of the country. The only difference being that one is free flowing and the other is frozen. This glacier is on a lake and every few years or so it moves forward a few metres but it constantly makes its presence known. The crack or boom of a piece of ice falling into the lake is quite frightening at first. It sounds like a large thunderclap followed by a giant splash. The glacier seems alive and very vocal. 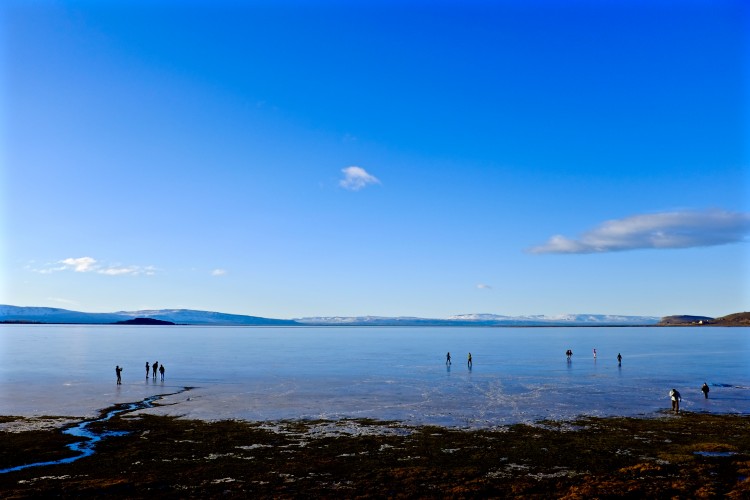 I took a boat out on Lago Argentina to get a closer look from the south side. You can’t go right up next to it as it’s too dangerous but we went close enough to sense its size. It is a vast edifice that has a hypnotic beauty that entrances and commands respect. The deep blue ice is the oldest and if you didn’t know you’d think it was a film set such is its unreality. It is here that the noise of ice breaking away is at its loudest. 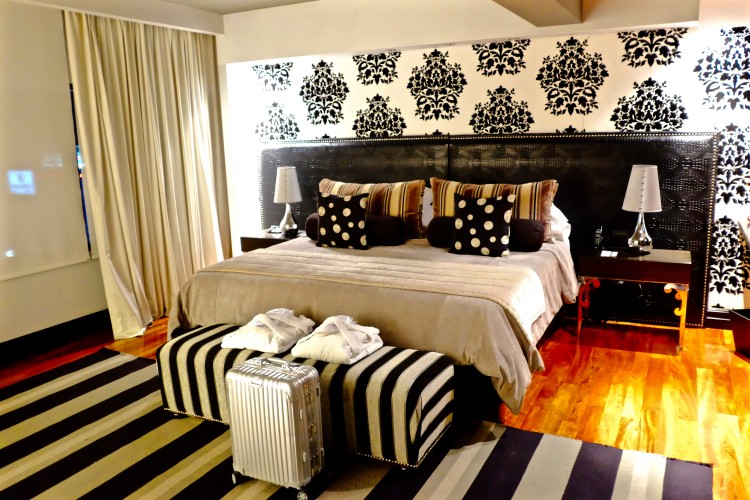 There is a warren of walkways on land giving different views. It’s surprising how different it can look with the light playing on the surface. It’s spectacular with sunrise or the sun setting. If you were to see it from above it covers some 250 square kilometres larger than the area of Buenos Aires. 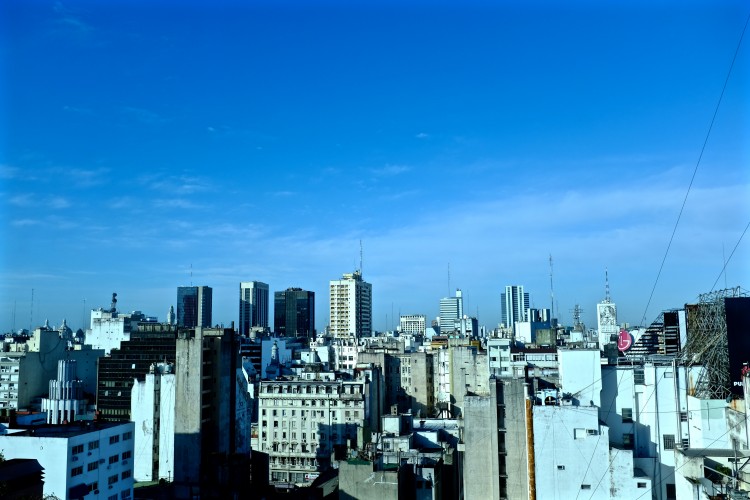 The sky was fighting for blue and the wisps of sun of an hour ago have gone. The view through the window from onboard frames the glacier as if I was watching a movie. The trip costs about £15 and was well worth it. You can get within a few hundred metres of the glacier and if it chooses to ‘speak’ to you and some of the ice separates you will see an iceberg being formed before you eyes. 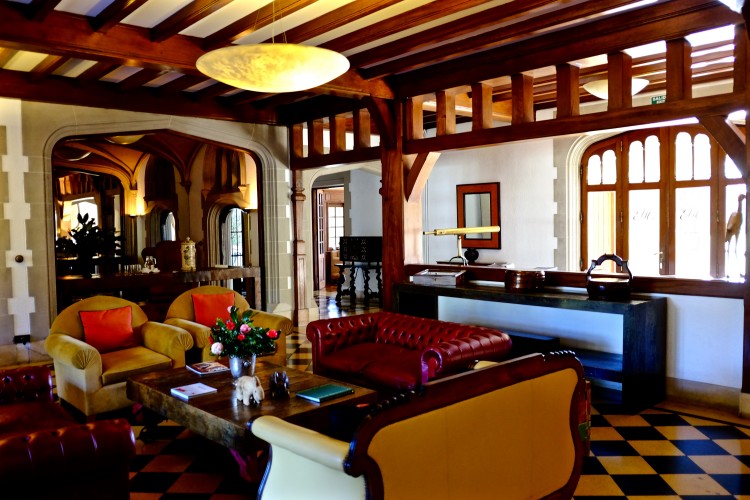 The front of the glacier has what looked like marbling with veins of black and grey stones picked up as it has travelled steadily down the valley over thousands of years. With this glaciologists are able to study and date this ever-changing chunk of ice. This is a rewarding and unforgiving environment that has to be seen, it’s amazing. 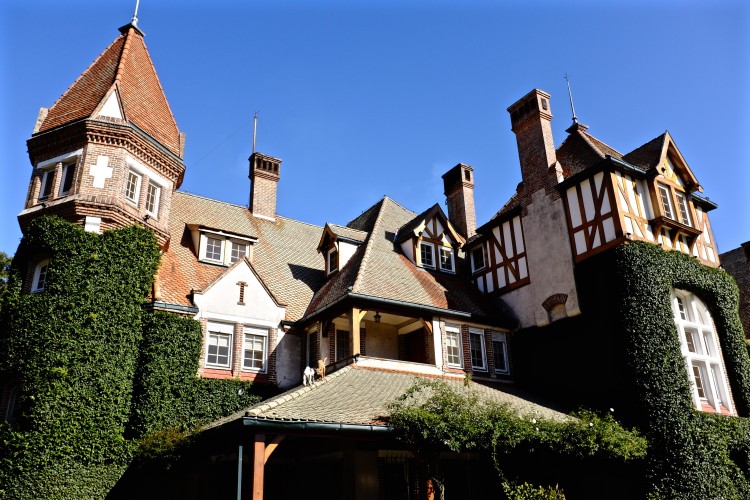 My drive back to the airport was in daylight and I could see the snow capped Chilean Andes in the distance some 80 kilometres away but if you wanted to drive it would be nearer 480 kilometres due to the terrain. My final memory of this extraordinary part of the world is watching pink flamingos bob like lollipops on the lake. Usually a migratory bird in recent years they have taken to staying in Patagonia and who can blame them. 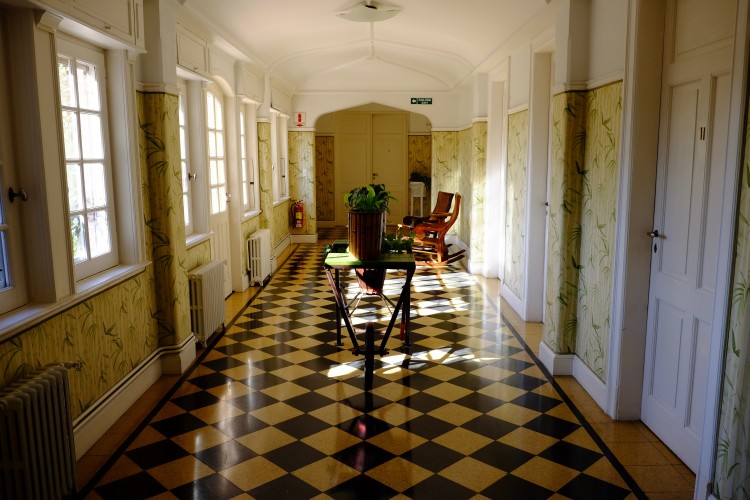 Back in Buenos Aires I checked into one of my favourite places to stay in town Hotel Panamericano. I had a vast suite with more marble in the bathroom than a Roman palace would ever need. I love this hotel it has an ease and charm about it. There’s plenty of space in the public areas and great food too. A fine club sandwich and a glass Tempranillo completed my memorable day. 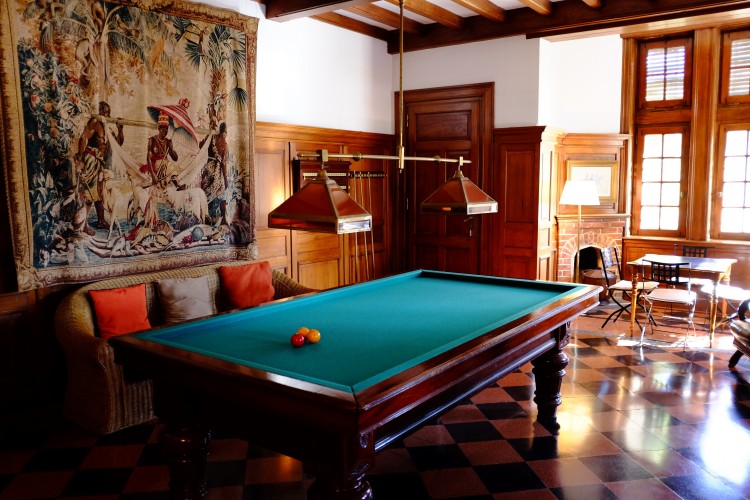 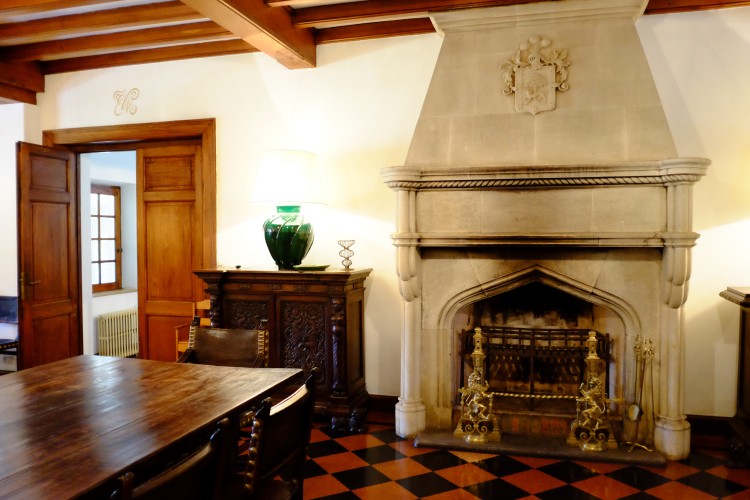 An hour’s drive from the centre of busy Buenos Aires you will find Estancia Villa Maria. It’s a hotel that was once a farmhouse that now keeps horses for polo and general riding. Arts and Crafts in style the hotel was built in 1920 for a cattle breeder in the Tudor style full of European antiques and sitting in 60 hectares of trees and parkland, it couldn’t be more relaxed and rarified. 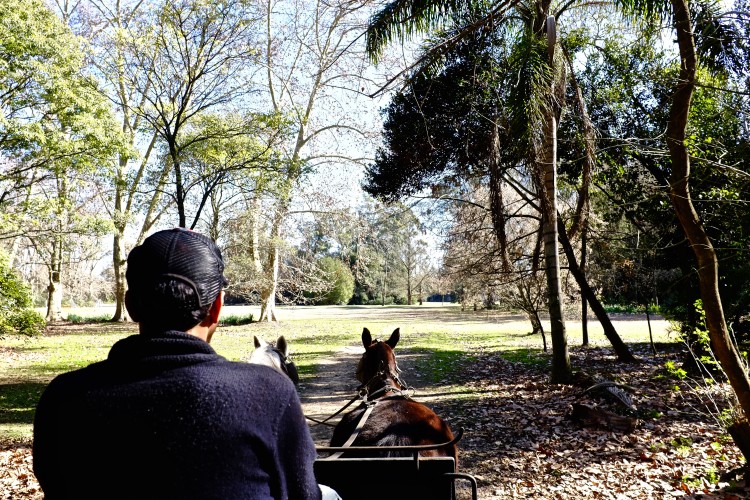 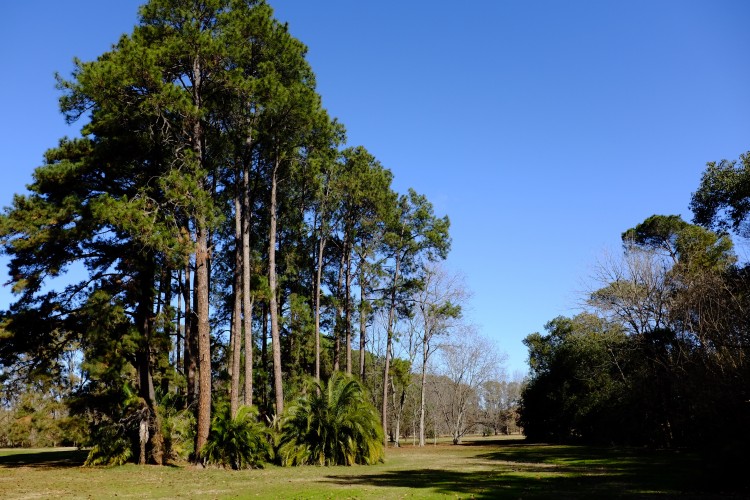 The 11 rooms are all decorated and renovated to the highest standards with many original features still intact. I was thinking about going for a ride, I say going for a ride what I mean is having my first riding lesson. On reflection I thought better of it and took a buggy or carriage out instead. Half an hour on one of those wonderful contraptions and your worries will be far away. It’s not hard to slip back in time and image how the richer classes lived in prosperous Argentina. 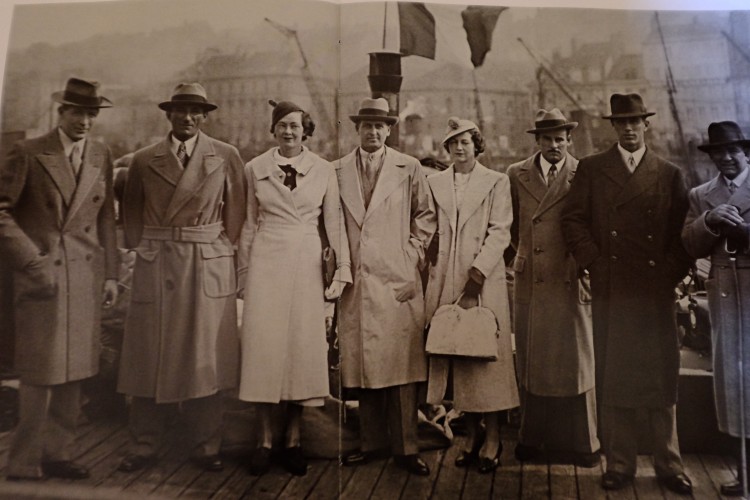 Lunch was under a canopied veranda watching eddies of leaves dance across the expanse of lawn. Winter in Buenos Aires is really quite agreeable a mild temperature with plenty of strong sunlight. Polo is in the soil of this estate they still train the horses for the family that own the hotel.

With a glass of Malbec and the vista in front of me with the expectation of lunch (that I could smell being cooked) I couldn’t have been happier. I think if one could have such things as one’s luxury on Desert Island Discs I would choose ‘the expectation of lunch’. There isn’t a finer feeling. Smoked salmon with cream cheese followed by grilled beef the best in the world and small citrus trifle complete the meal. Perfect. 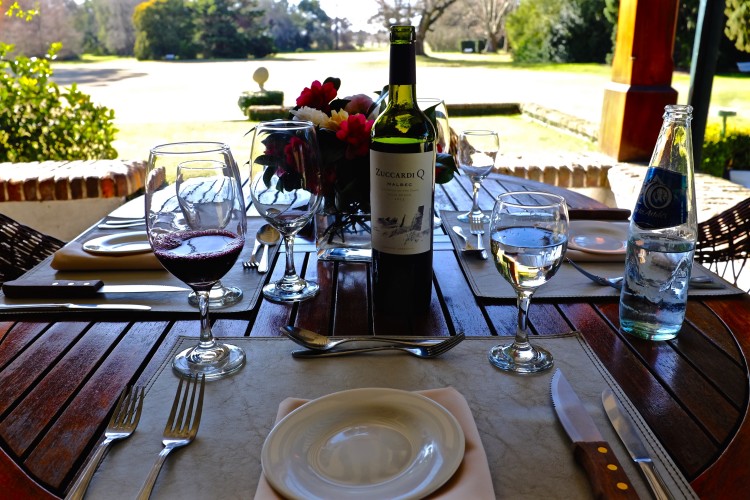 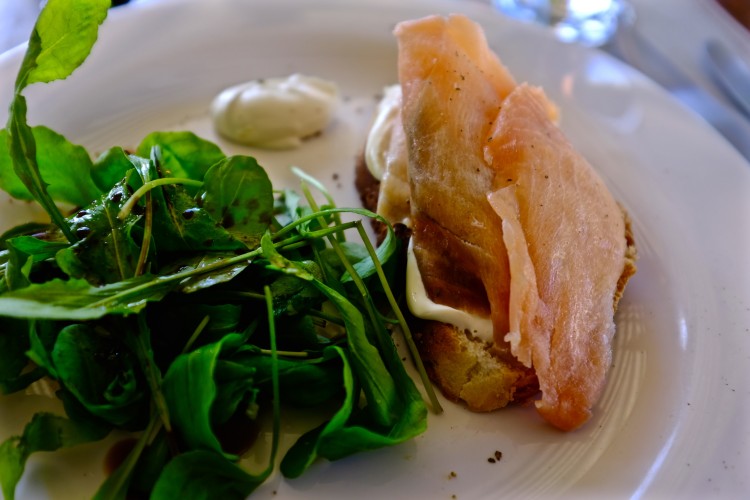 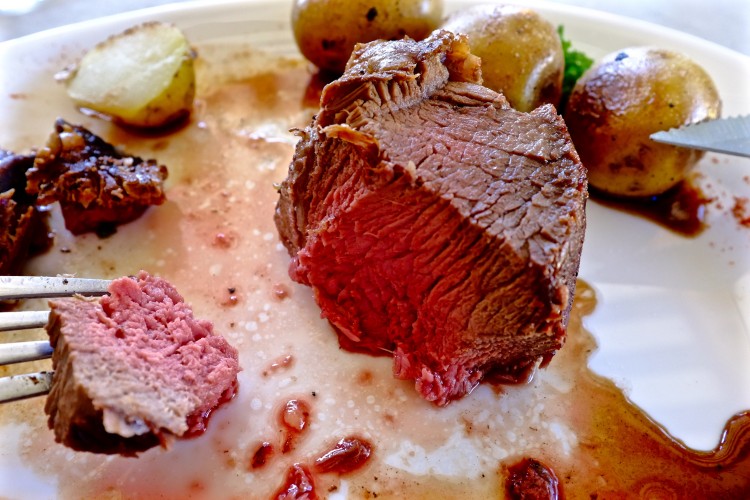 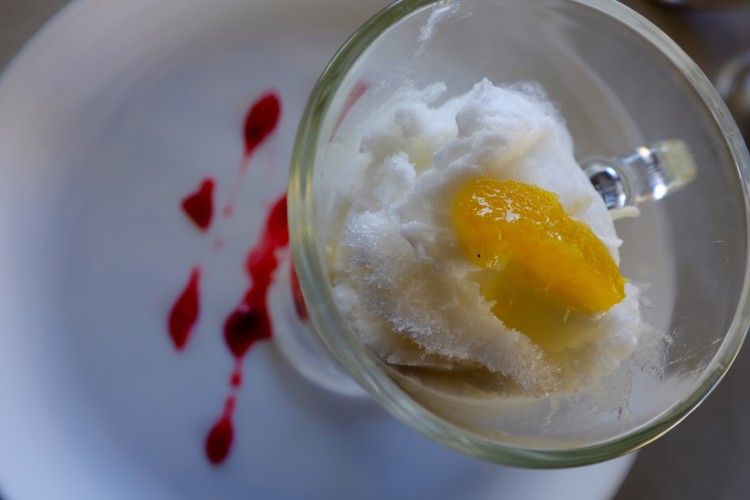 My odyssey was coming to a close but not before another must do in Buenos Aires – a tango show. There are plenty to choose from and most comprise of a dinner followed by a dance show and are usually held in one of the city’s old theatres. They are always inventive, playful and part of the culture being the home of Tango. Argentina never fails to impress me from its sub tropical waterfalls to the Patagonian glaciers it really is a vast country just waiting to be discovered. 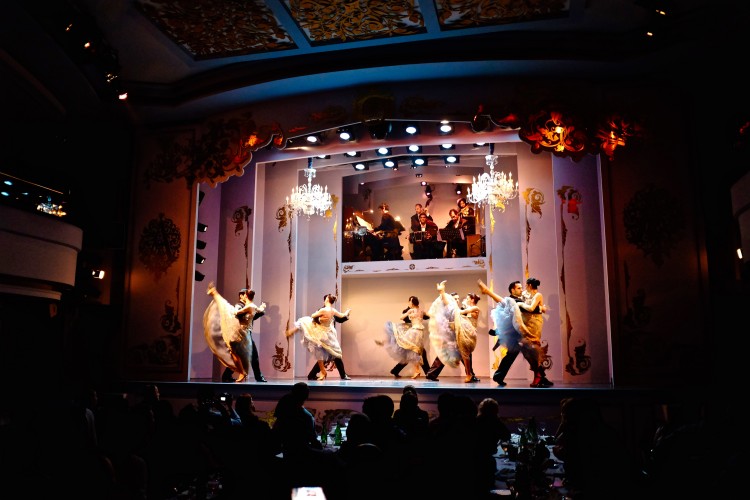 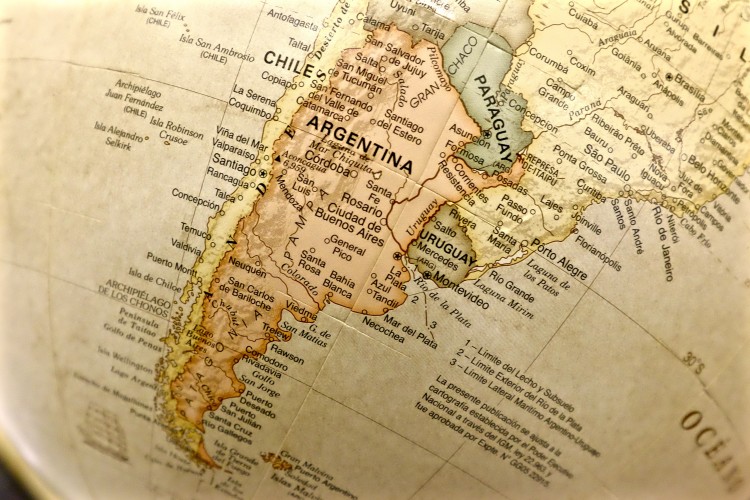 Travel and accommodation was with the