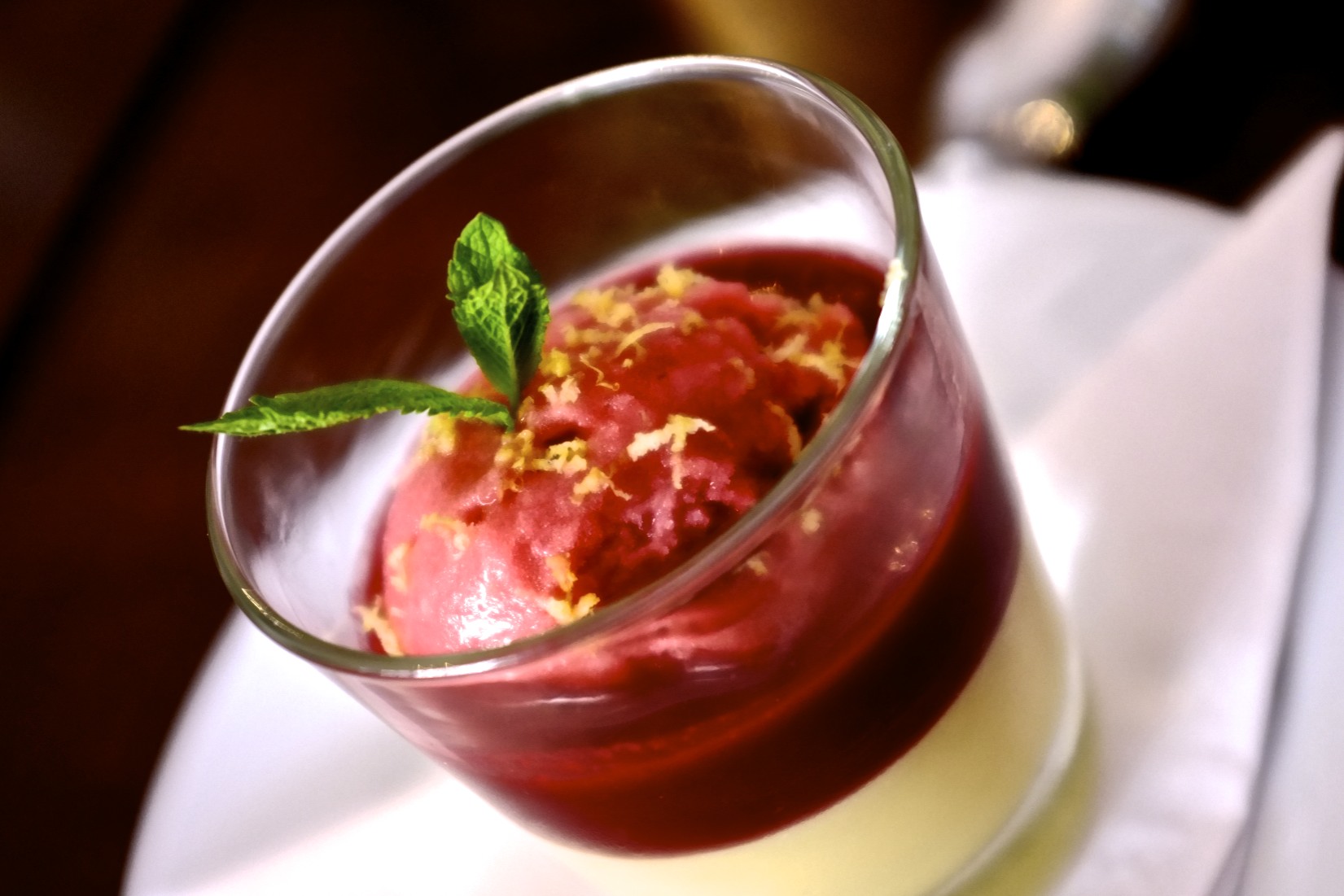 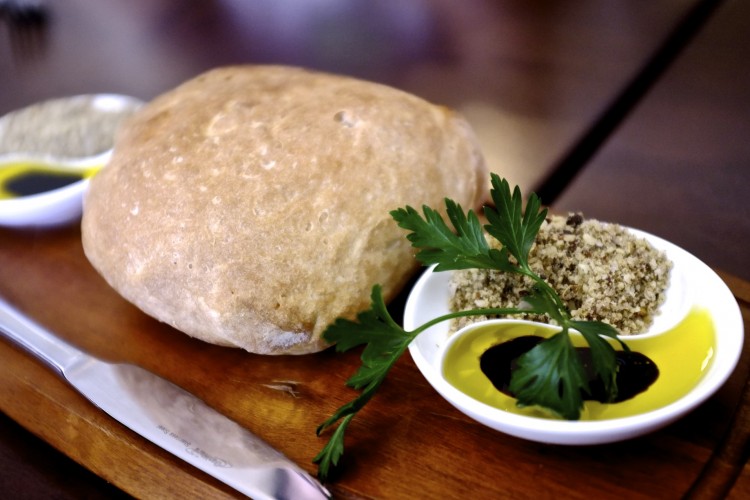 There is a new restuarant in Newquay that is kicking up a bit of a storm. Australian Chris Brookes and his British wife Heather have opened their doors in Fore Street with virtually no publicity a few weeks ago and are packing them in night after night. It’s a breezy open space with solid leather backed chairs and chunky tables, they match – a strange blessing in this age of mismatched everything. I do sometimes wonder how many ‘new’ restaurants it would take to get together and with a bit of judicial swapping all end up with matching furniture. But let’s not dwell on the furniture I was here to eat some authentic Australian grub. 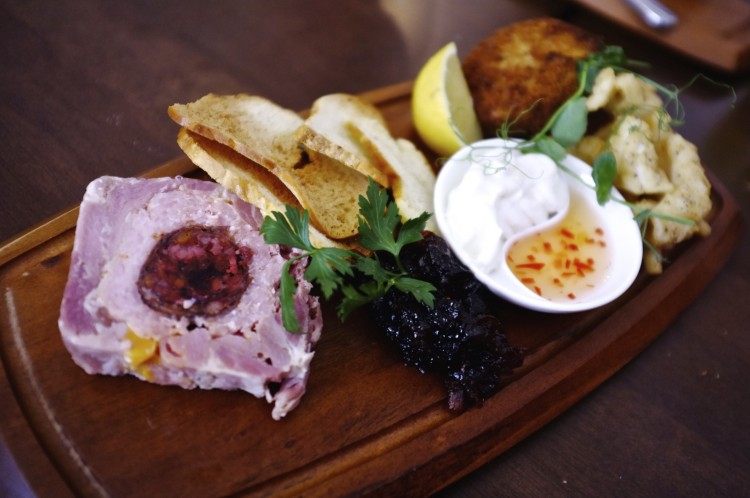 The Australian Gold Coast influence is hard to avoid with Chris’ cooking. We started off with a bush tucker grazer, a combination of very fresh calamari, a terrine of ham, crocodile and Spanish black pudding. A homemade onion jam made this zing. Some toasted bread and a couple of crisp crab and fish cakes finished this off. All four of us tucked in with gusto enjoying it all. A, our youngest wasn’t as keen as us on the terrine but as a nine year old that is not surprising the flavour was rich. 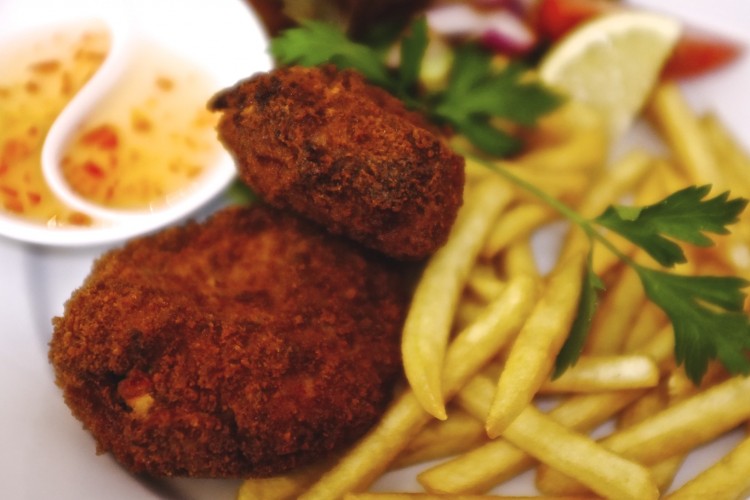 These new restauranteurs are making their way in the world and are ruffle a few feathers with their laid-back approach and interesting menu. New for Newquay is the chance to taste kangaroo. I tried an assiette of this tasty marsupial. A sausage, cottage pie (is there another term for this most British of dishes when not filled with lamb or beef?) and a few slices of loin. Potatoes, golden beetroot and a great jus were on board just to balance things out. This was a triumph of quality ingredients combined with quality cooking. This rich meat needs to be cooked sparingly and as it’s similar to venison served in small portions. That was my only criticism the plate had a lot of meat on it. 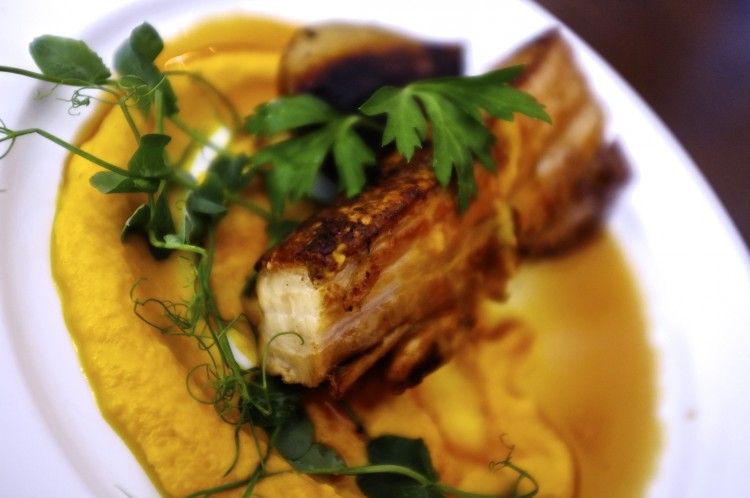 M went for pork belly with chilli and a lime caramel (their most popular dish) and you could see why. Pressed for hours and slowly cooked in a water bath it had that essential soft chewy almost gooey texture with a micro thin layer of crackling. This was outstanding although I couldn’t really detect any lime. Served with a grilled pear and cumin laced butternut squash this is a tip-top dish that I will certainly order on my next visit. 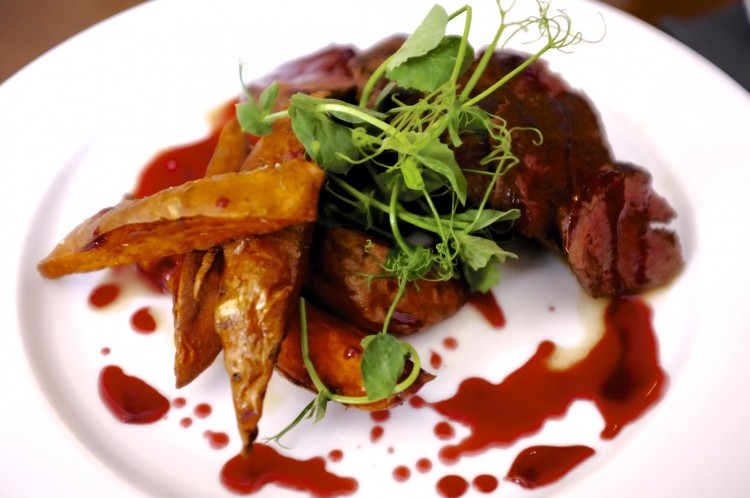 Our eldest son X, chose to eat just kangaroo, 200g of outback spiced loin. This was rich and meaty and the full of flavour port and outback spices reduction giving it a lift. It had a fullness to it that could be described as autumnal the sort of dish that would make the end of a long county walk all the more worth while. A, sometimes hard to please couldn’t have been happier with more of the excellent fish and crab cakes (with chips!). 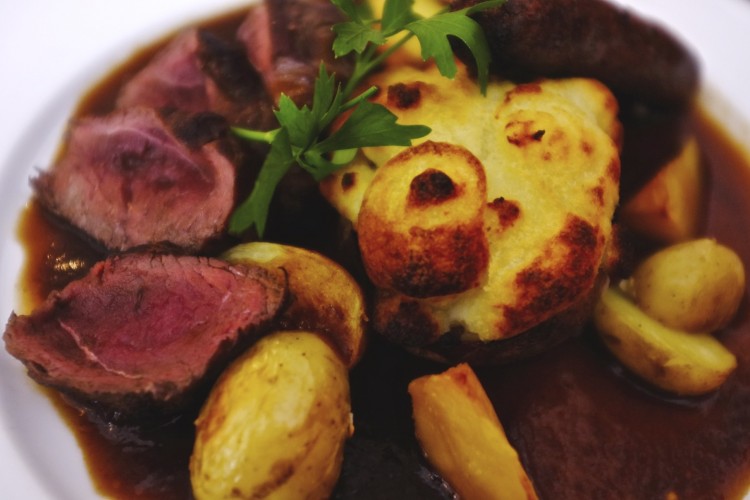 Newquay is somewhere that is really waiting to happen I see it as a potential contender to Padstow. It may not have the Cornish charm of Rick Stein’s beloved Padstow but in many ways it has greater potential as it’s larger and it has a sandy beach that is just a short stroll from the restaurant scene. I have written before about such little gems as Little Kahula and newcomer Whiskers are all bringing the right buzz to the town. 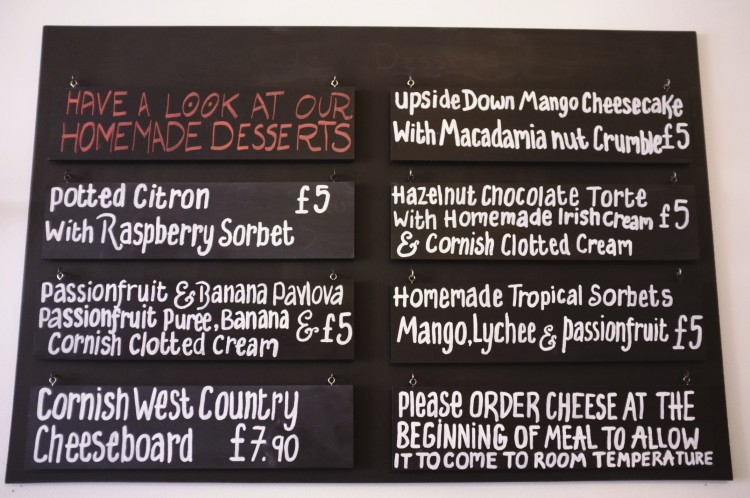 Desserts proved to be full of punch as well. A chose a couple of sorbets; raspberry and mango which are all made in house and tasted fabulous, M chose sorbet and ice-cream as well. X had an upside down cheesecake. Deconstructing desserts is now a national pastime and maybe a bit passé in the capital but here it worked mainly because of the uncanny flavour of the creamy section of the cheesecake. Served in a glass with a macadamia nut crumble on top it was really moreish and rich, it could really have been a bit smaller. My potted citron was served in a glass that had lemon custard or posset topped with raspberry sorbet and candied citrus. This little combo had two of my favourite flavours and was very good. It had a real citrus kick muted slightly with the sweet raspberry but being a sorbet not an ice cream it didn’t fall into a sentimental sweet slush. This is a dessert for purists of flavour who can handle ‘sharp’. 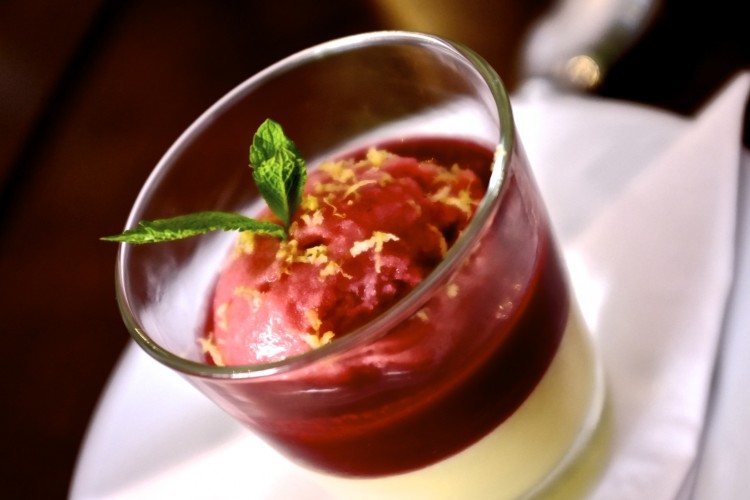 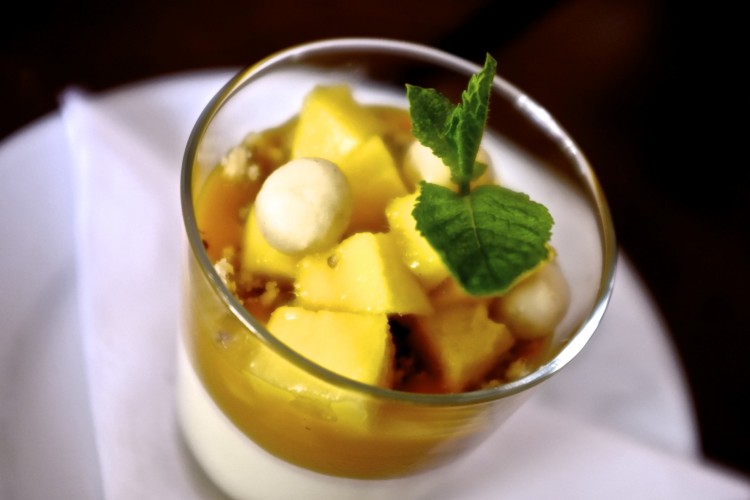 We left Bush Pepper with enlightened minds and a spring in our step. Who would have thought that you could eat such interesting and more importantly great tasting food in Newquay? It is the little touches that Heather and Chris have brought to their fledgling venture like the peppers in the grinders are Australian, the freshly baked bread we had before our starters came with oil and balsamic and a beautiful dipping crust of peppers, citrus, cumin and a few other ingredients that made it compelling (both boys devoured this dip!). Those of you old enough to fondly remember the sixties TV series Skippy might want to steer clear of the eponymous protagonist and veer towards a more traditional plate of food but I would urge you to give it a go, you might be surprised how much of a bounce it can put in your step on the way down to the beach. 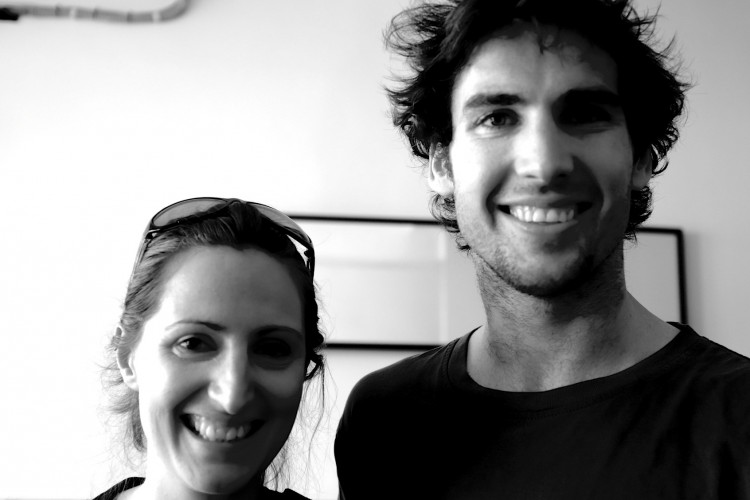