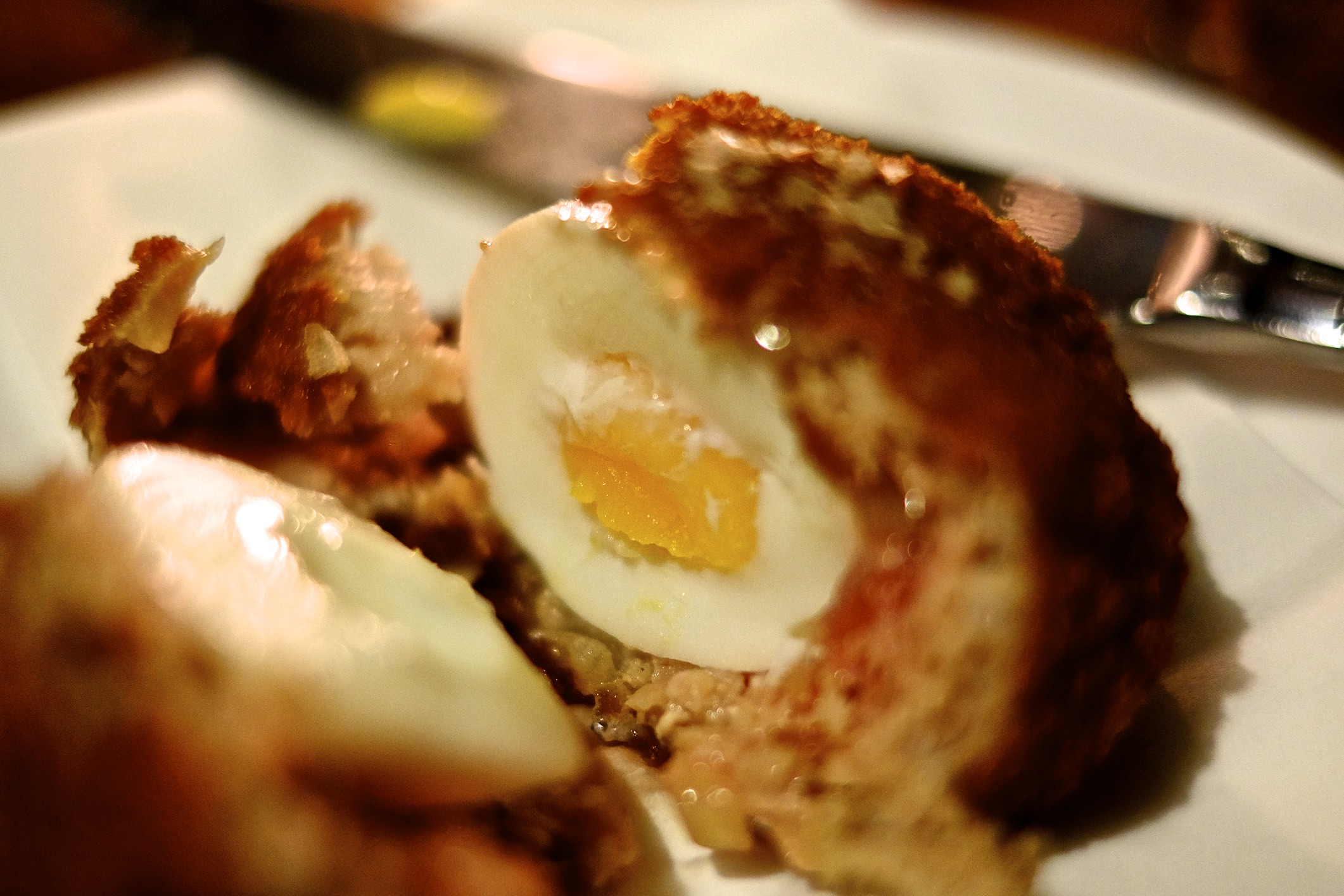 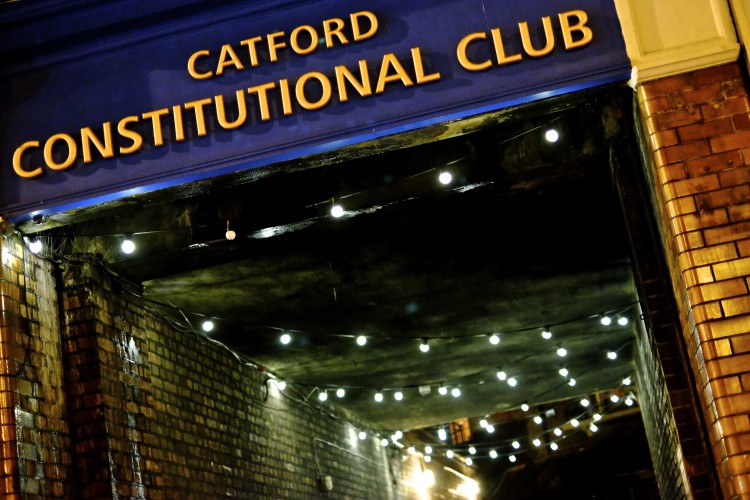 Over the last few years Catford has been fighting back from the perceived reputation of being a bit down at heel. But faith is being restored in this much-loved forgotten South London suburb. It is with a heavy irony that where the Catford dog track once existed a great new shiny modern housing development has risen from the ashes. This is the story all over the town with shops being spruced up, houses once tatty now shine with the gloss of new paint. There is not one but two Costa Coffee shops. A sure sign of 21st century regeneration in advanced stages. 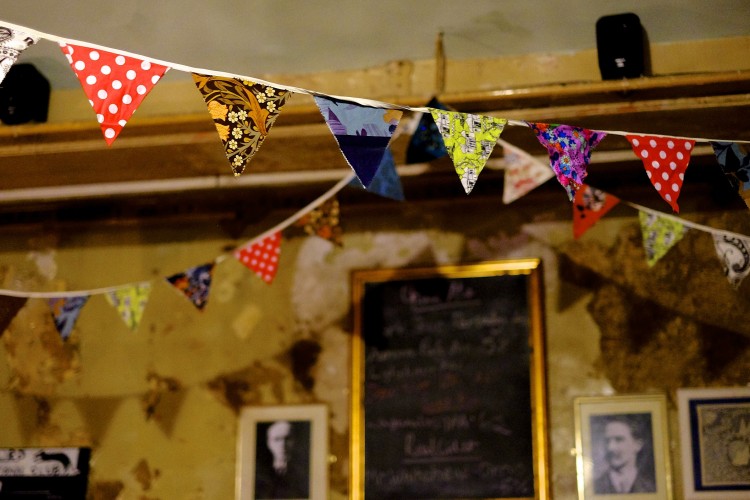 In the centre of the town just a few steps from the grade two listed Art Deco Broadway Theatre and round the corner from the giant fiberglass cat that is synonymous with the Catford gyratory, down a narrow ally between two shop fronts hides Catford Constitutional Club. Serving the community with a new vigor a building that was left to rack and ruin has be resuscitated and is now a bar and restaurant. 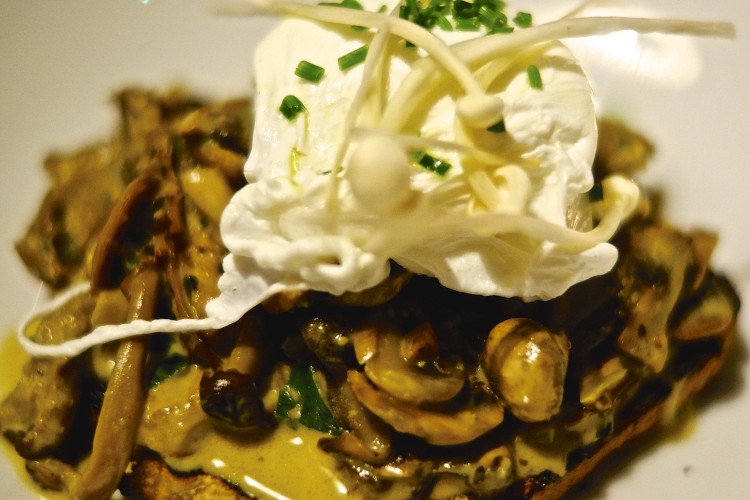 On the night of my visit (Saturday) it had a full crowd of diners, a busy bar and a private function room full of revellers. This doesn’t happen in Catford. Well, it never used to but I’m delighted to see it happening now. 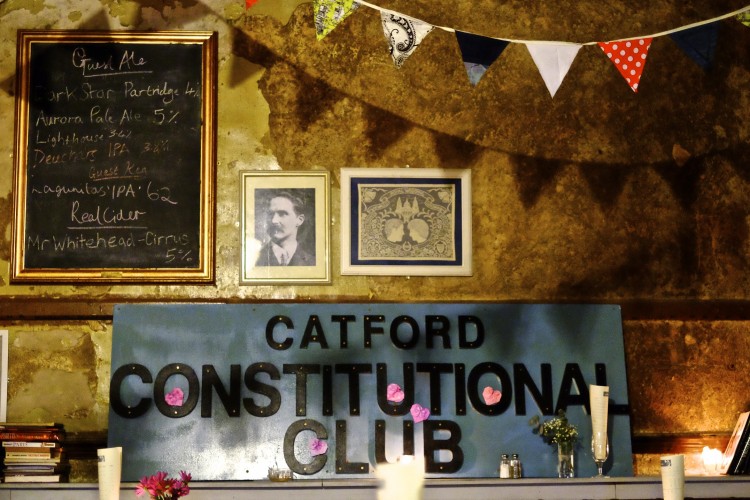 The building has that retro feel to it. Not in a way that the West End has restaurants with stripped back minimalism and high prices. This wears its soul on its sleeve. There are peeling walls, holes in the ceiling, mismatched chairs and a wonderful feeling of space. It’s like the village hall in Dad’s Army that received a hit from one of Herr Hitler’s bombs but survived. In a joyous celebration of this fictional past they have bunting hanging from all corners. I loved it at first sight. 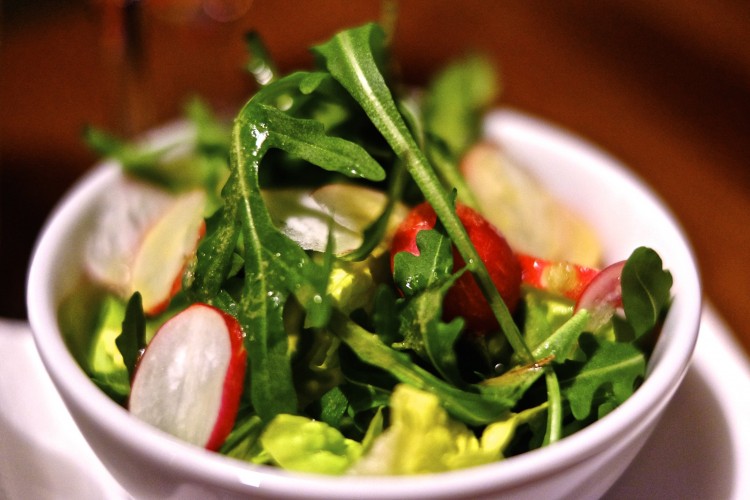 I would have been happy to sit with a drink and take it all in but I was there to work. The menu looked promising and proclaimed everything was prepared freshly. There were many specials and M chose one of those, smoked salmon with crème fraîche. It had those rare qualities of full flavour and thickly sliced. It sat on a bed of chickpeas, which M didn’t like but I thought they worked well giving a little bite to the dish. I was feeling hungry and couldn’t help myself so I ordered two starters. 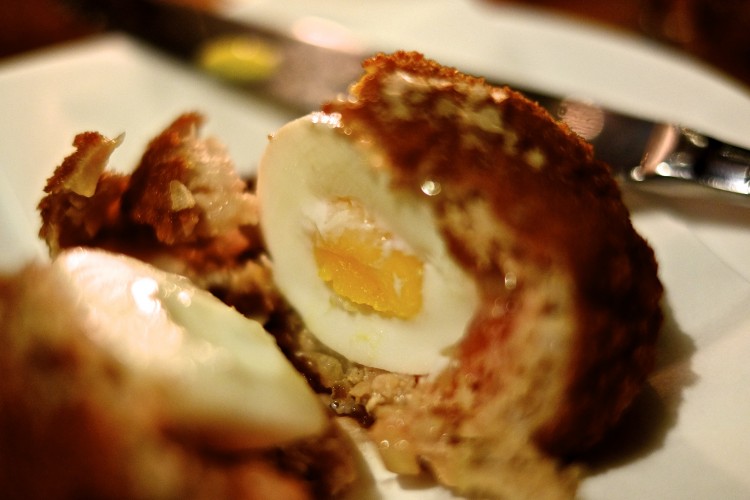 Hidden away down in the side dishes was one of my all time favourite concoctions, Scotch egg. Greedily I added to that devilled mushrooms on toast with poached egg and truffle oil. The Scotch egg was stupendous. Spicy sausage meat (a secret recipe that Ed the chef was not prepared to reveal) and a wonderful fresh egg inner, it had that crisp outer crumb that I long for in a good Scotch egg, a clear winner in my book. 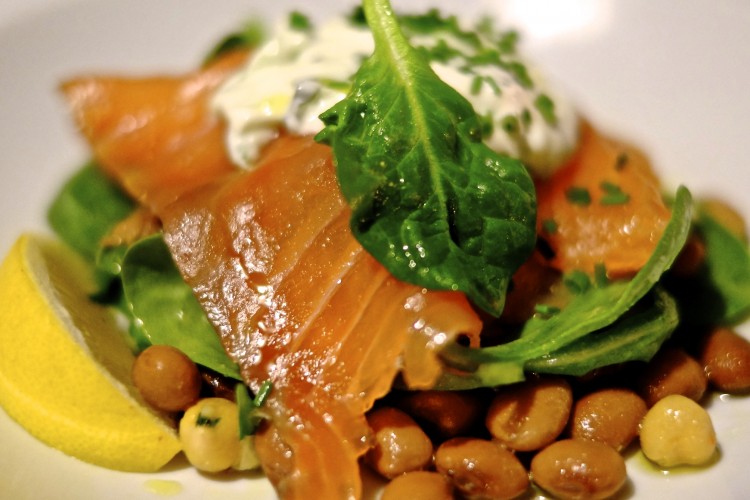 My ‘second’ starter was also really good. Hot with mustard and I’d say a touch of chilli with paprika the creamy mushrooms warmed me and the perfectly poached egg was the ‘icing’ on the cake. These seemingly simple dishes are a good test for any chef worth their salt and Ed was cruising ahead with full marks so far. 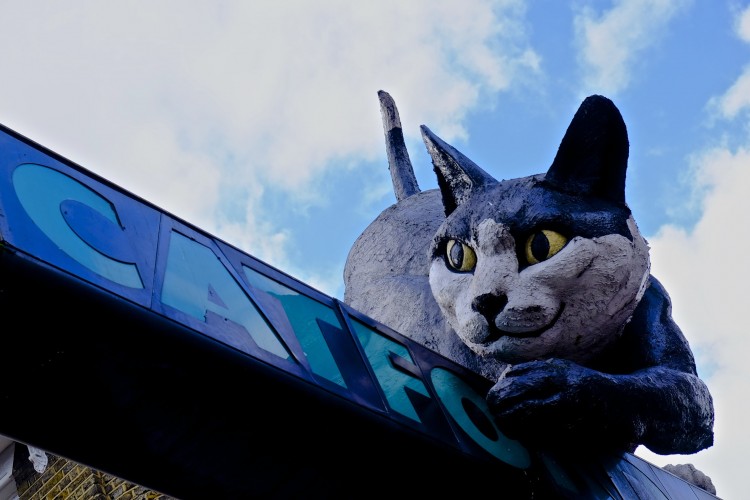 The place was really buzzing with all the tables booked and various celebrations going on. A large multigenerational family was enjoying somebody’s birthday and a coy couple in the corner on a first date (maybe). Lara and Rob looked after us making sure that we were fed and watered at the right times and constantly seemed happy in their work, a pleasure to watch. The wine list is good here as well, not very long but the Roger Sauvestre Cote du Rhone I ordered was going down very well. They also have a broad selection of draught beers and ciders. 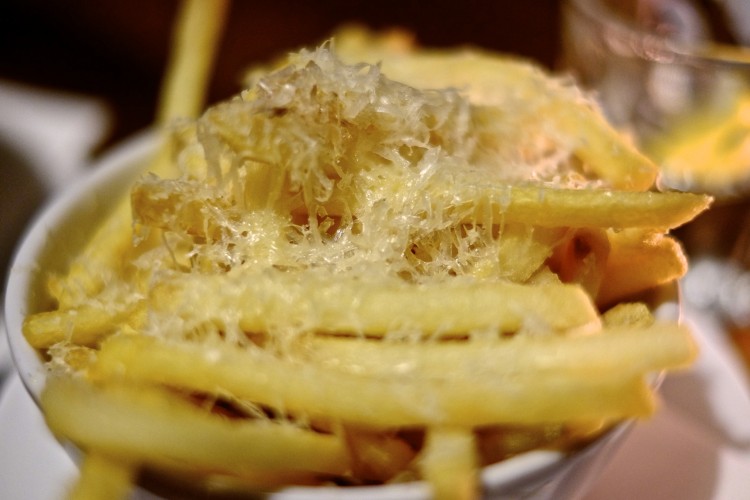 Again there was a choice of special mains from which I chose slow roasted deer with celeriac and baby onions and tarragon. This kicked butt. Sweet and soft the deer was perfectly cooked and the creamy celeriac beautifully matched. The touch of tarragon gave this picture of a dish a frame it deserved. I’d put this on the main menu if I were in charge. 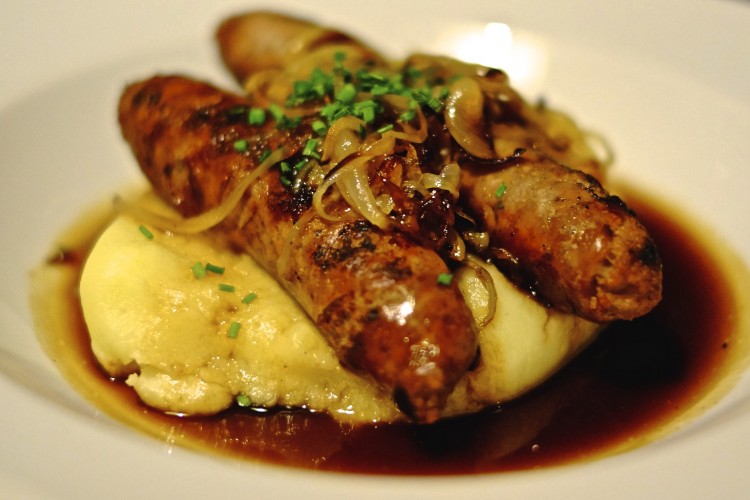 M was in a traditional mood maybe it was all that bunting? and went for free range pork sausages and mash, fried onions and red wine gravy. The two plump bangers tasted great and the mash wasn’t over sieved or runny, this is a proper classic dish that respected its simple origins and gravy and onions held it all together. 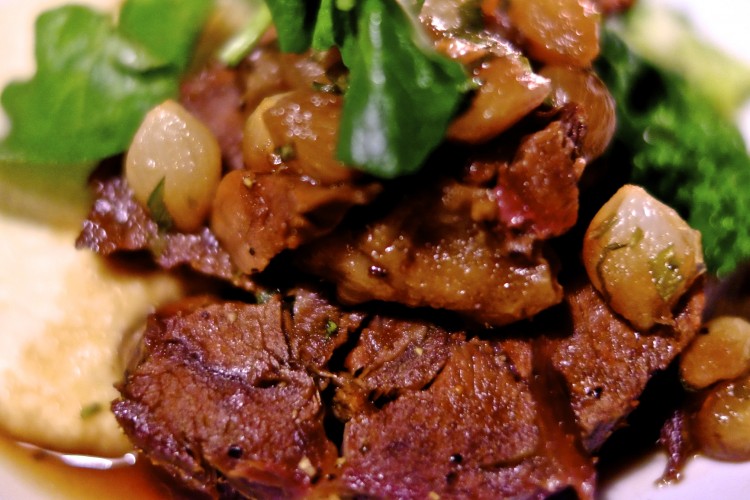 Back to those side dishes, we ordered posh fries (with Parmesan and truffle oil) and baby gem, rocket and radish salad. The fries were super with loads of cheese and just a touch of the fragrant oil and the salad was peppery and crisp. The mains were without fault this was turning out to be a fantastic meal. 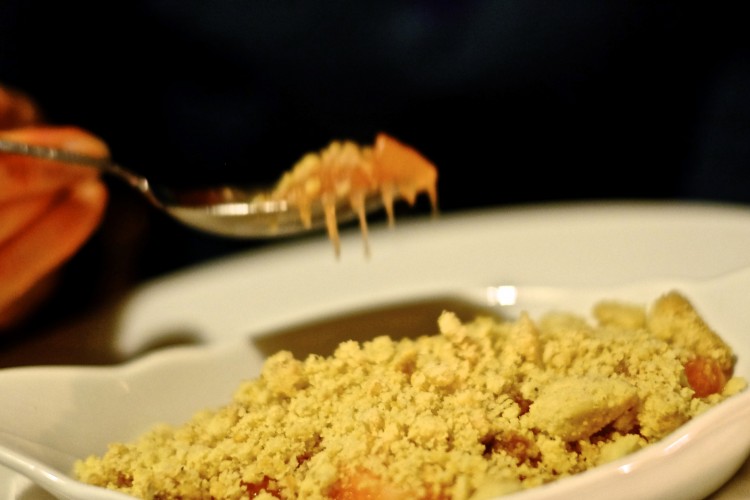 A generous helping of Longman’s Stilton and Kidderton Ash Goat’s Cheese followed with a date chutney and wait for it, warm oatcakes! Brilliant. The cheese was in tip top condition and warm oatcakes is now going to be a dinner party staple of mine in the future, it just adds that extra dimension. 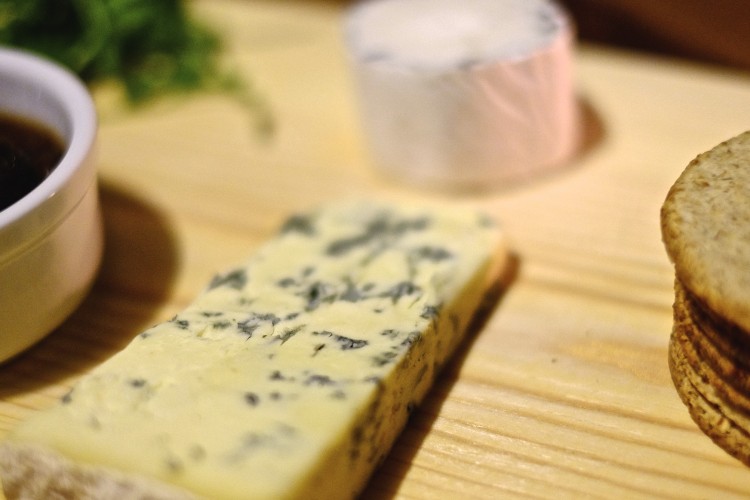 The puddings are simple M went for Bramley apple rhubarb crumble that comes with vanilla ice cream and I was lured by a trio of interesting ice creams. M’s crumble was tart and crunchy with no faddy oatcakes and the ice creams (which are not made in house) were palette cleansing. They have a few to choose from, I went for rum and raisin, salted caramel and a Granny Smith sorbet. The salted caramel (which is turning into my crack cocaine of desserts) was my favourite but the others were good too. 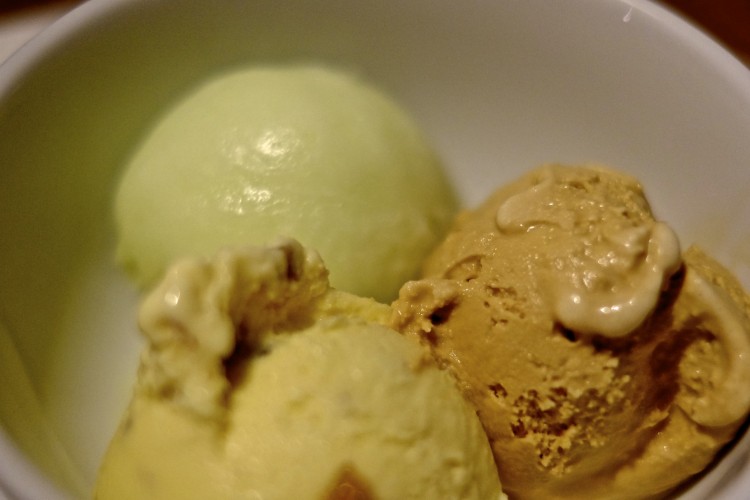 The meal was a total success with nothing of note to complain about. In my line of work this is rare. I would suggest that as the food was so good they should have a go at making their own ice creams they are bound to be good! The charm of Catford Constitutional Club is that it isn’t pretending to be anything it isn’t. But it is a great local eatery with character that deserves to be full and busy with happy customers and regulars cheering on the regeneration of this forgiving town. 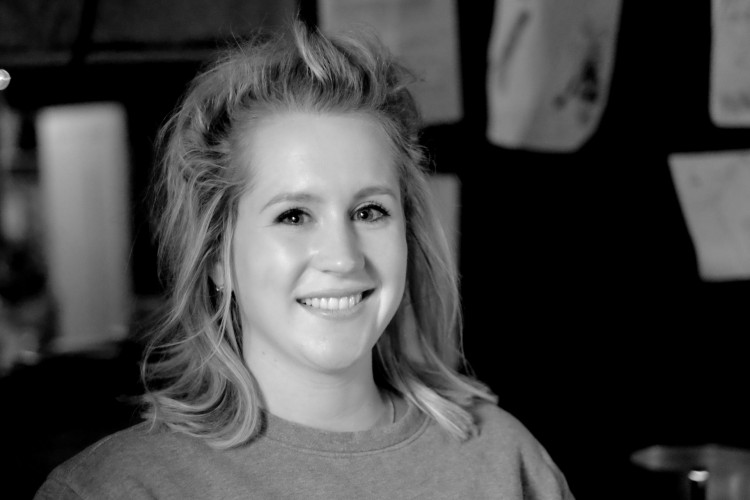 Now, I have a confession to make, I am a Catford resident of many years and I’m ashamed to say this was my first visit. When you go just whistle the theme tune to Dad’s Army to yourself and it will put a smile on your face. Us Catford locals certainly feel as if we are the cats who have finally got the cream at last. 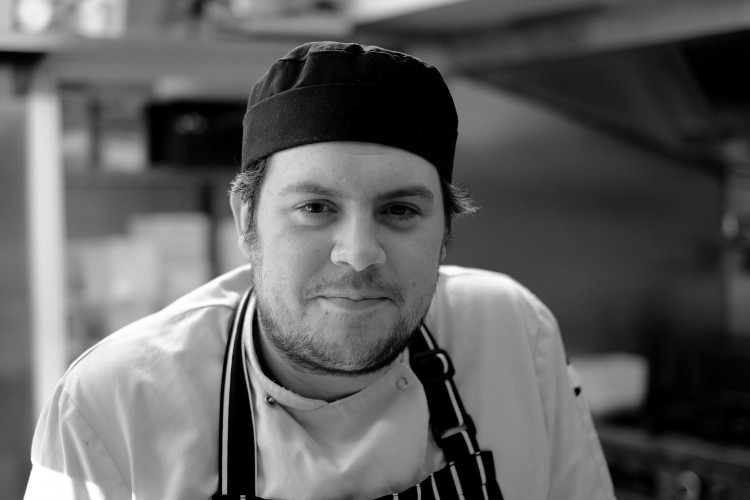