Our visit to Clockjack’s coincided with St. Patrick’s Day celebrations, we had driven into town and this was a mistake.  Parking was impossible, as central London had been closed for the annual parade.  We arrived an hour late for lunch but the staff couldn’t have be more accommodating.  The space has bare brick walls, soft leather covered benches and a large bar with stools that look onto the main attraction, the rotisserie. 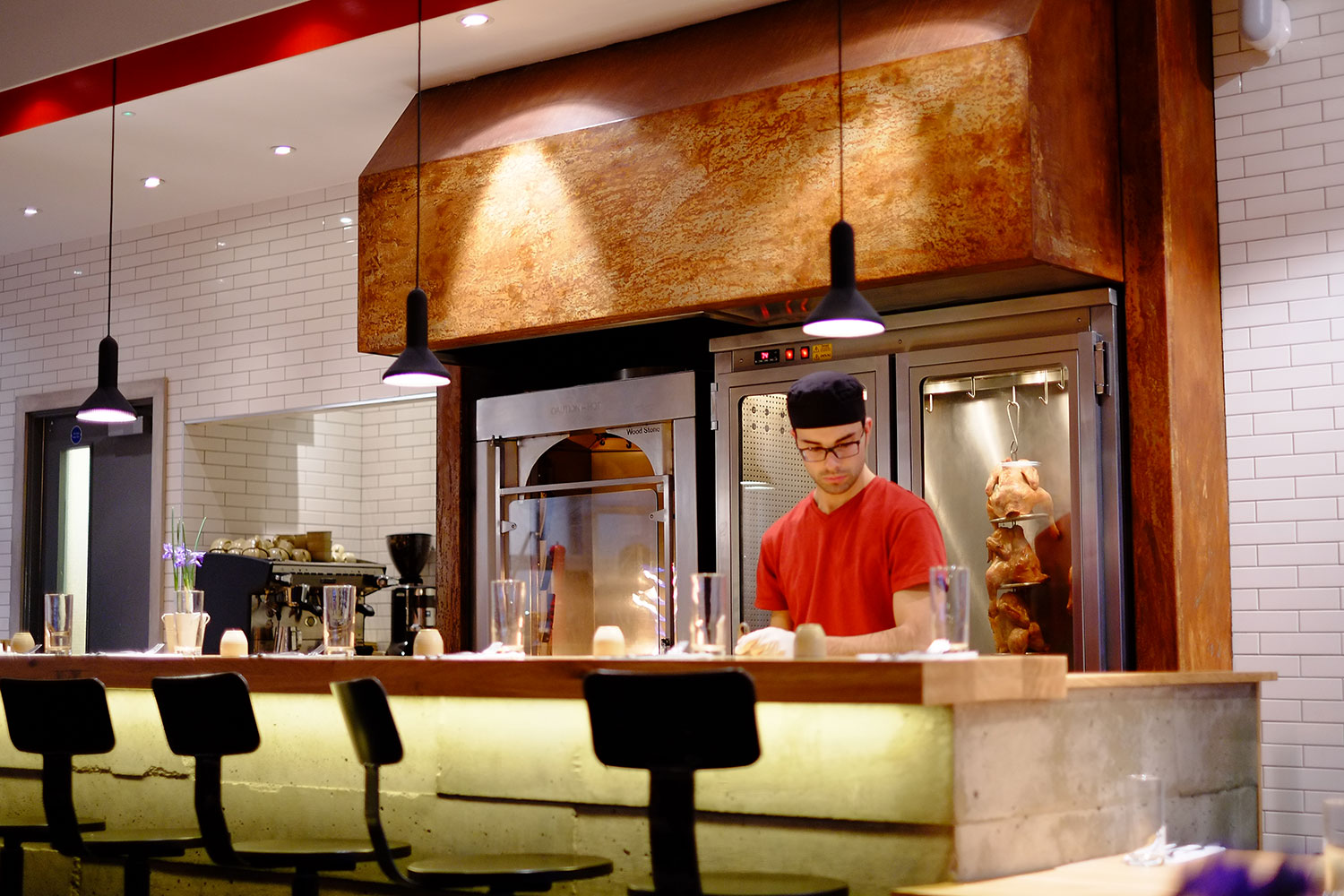 In Tudor times when spit roasted meat was popular, mechanical devices were used such as the bottlejack, smokejack, and the clockjack.  It is an age-old system of keeping radiant heat even with an open flame.  It is quite hypnotic to watch the contents slowly turn and change colour knowing that soon it will be on a plate in front of you.

We began with a mixed set of starters, root vegetable crisps proved so popular we had to have two bowls.  The marinated olives were thankfully room temperature and the bread was fresh with some virgin olive oil to dip in.  These were all cold starters so we also had hot crispy chicken bites.  They are marinated in buttermilk coated in seasoned gram flour and then deep-fried.  These were very good indeed and came with four sauces.  This is part of the charm of Clockjacks the sauces are made in house.  The ranch was good, quite garlicy, BBQ had the boys’ attention and they put it on everything, the Caesar was OK but my first choice was chilli.  It had a smokiness running through it that made me put it on everything!  We devoured this lot very quickly as hunger had set in some time ago as we circled the streets of Soho looking for a parking space like a transatlantic flight waiting for its landing slot at Heathrow. 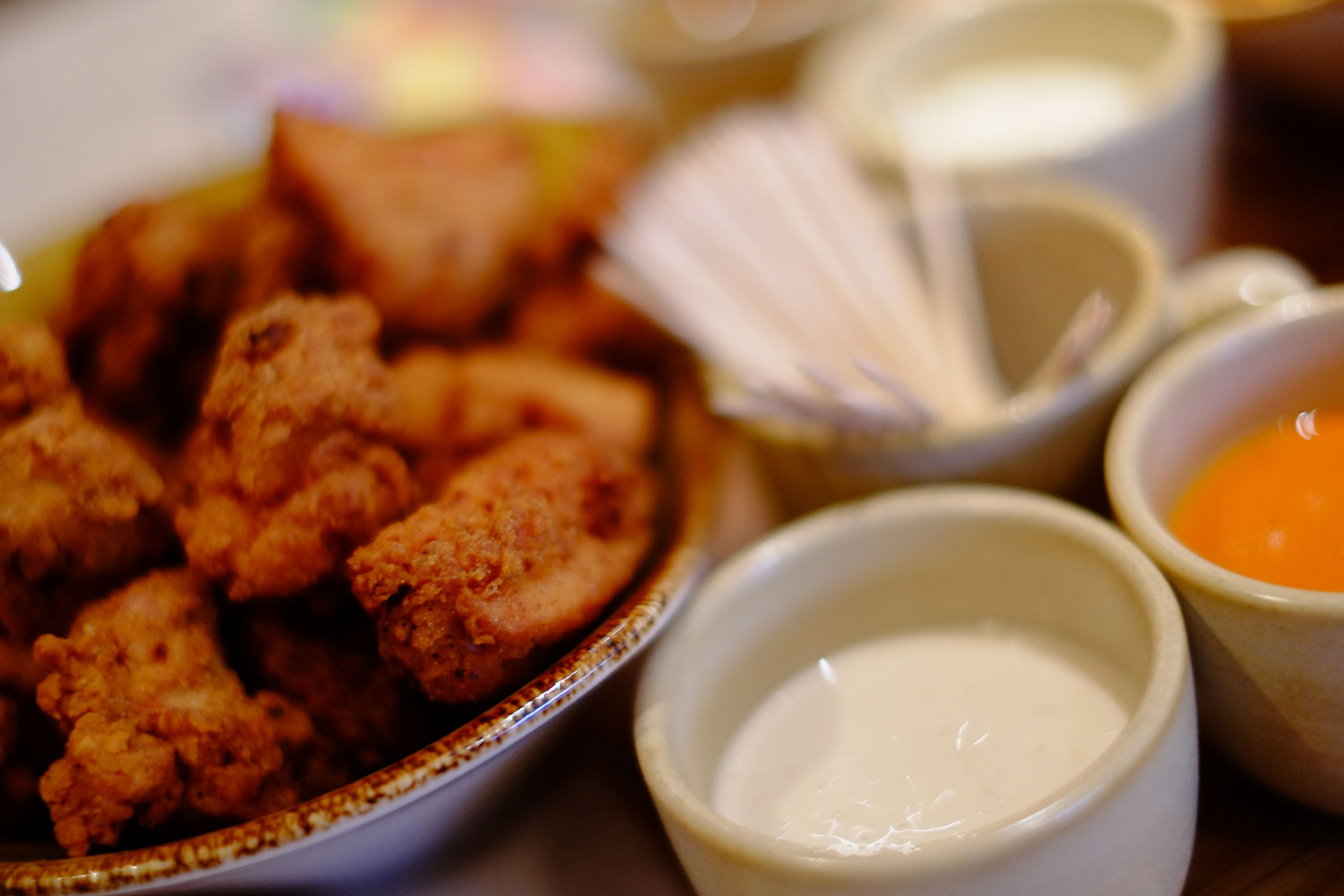 Chicken is the only meat served here and I think they might be missing a trick, putting something else in the rotisserie might just get people returning.  The chicken is served in three, four or whole chicken portions which the menu helpfully describes as peckish, hungry and ten pieces to share respectively.  Also on offer are a couple of ‘torpedo’ style rolls and baps and a few salads.  The chicken tasted great but could have had more colour to it.  It was certainly moist but the skin didn’t have that crispiness I was hoping for.

The chicken, free range from a small farming community in Brittany and are large, about 1.5kg.  As everything comes in shareable bowls it is best to approach a meal here as communal experience.  The kids really enjoyed the dipping and trying of all the dishes.  Cutlery is provided but we just used our fingers.  Like a meal on a plane you are provided with fresh wipes afterwards, essential with kids (and some adults!)

The drinks are well priced, you can get a bottle of French house red for £14.95, soft drinks are about £2.  The chicken is a touch more expensive than I had expected and starts at £6.95 for three pieces.  But what you are paying for here is not just the meal but the chance to see it cooked before you and the location is fantastic just a few paces from Piccadilly tube station.

We enjoyed a couple of desserts, again the menu is short but the Purbeck ice creams were the winners for me, especially the clotted cream ice cream, which came with a lemon tart.  This combination worked and seemed a satisfying conclusion to the chicken.  The kids had a rather good lime sorbet and chocolate tart that was rich and gooey. 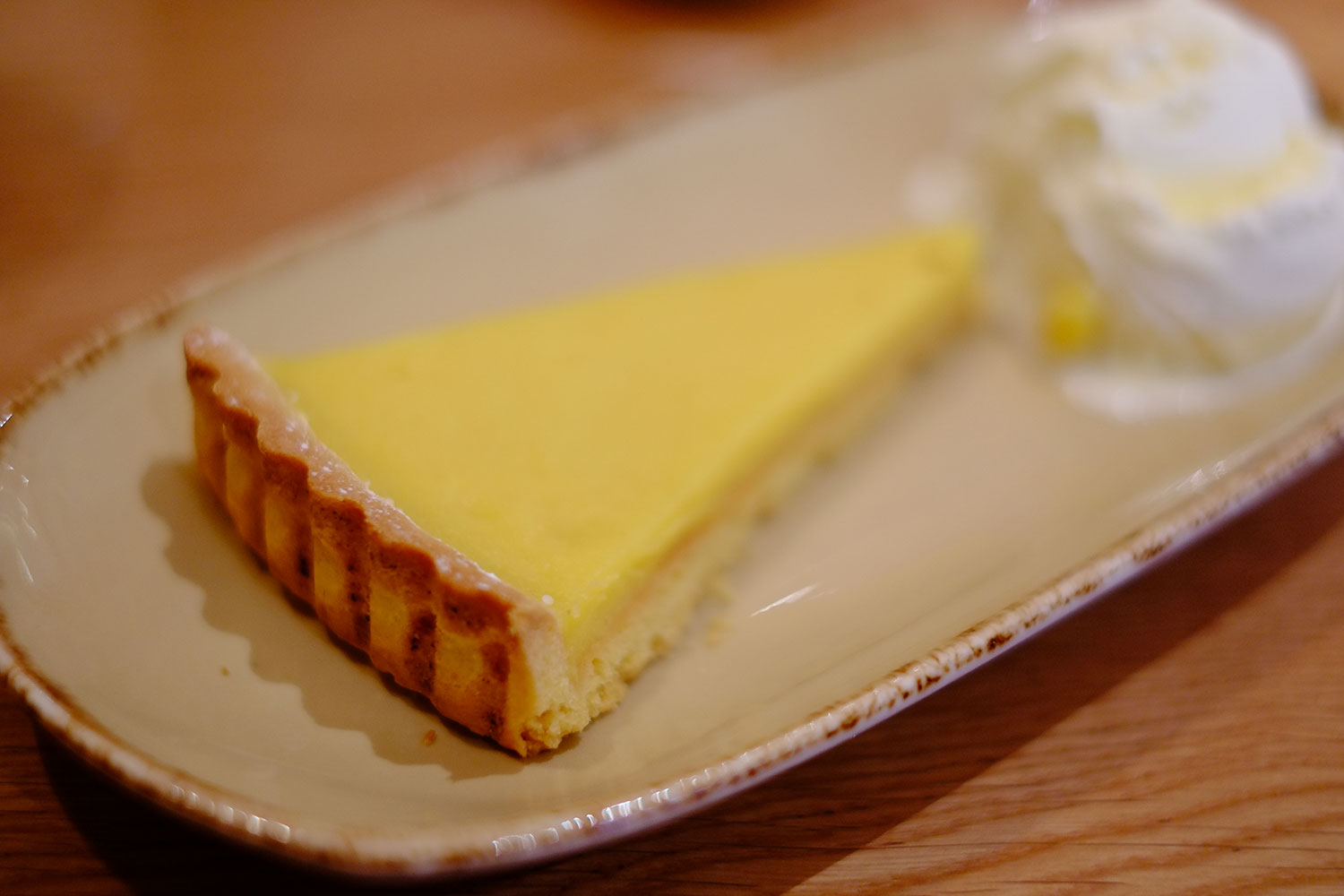 So, would I recommend a visit to Clockjacks?  I’d have to say yes because it is fun, a bit unusual and quite on trend.  Chicken only eateries are opening up all over the place right now.  Some things are good here and as it’s still new I suspect it will get only get better and maybe the chicken might become crispier? 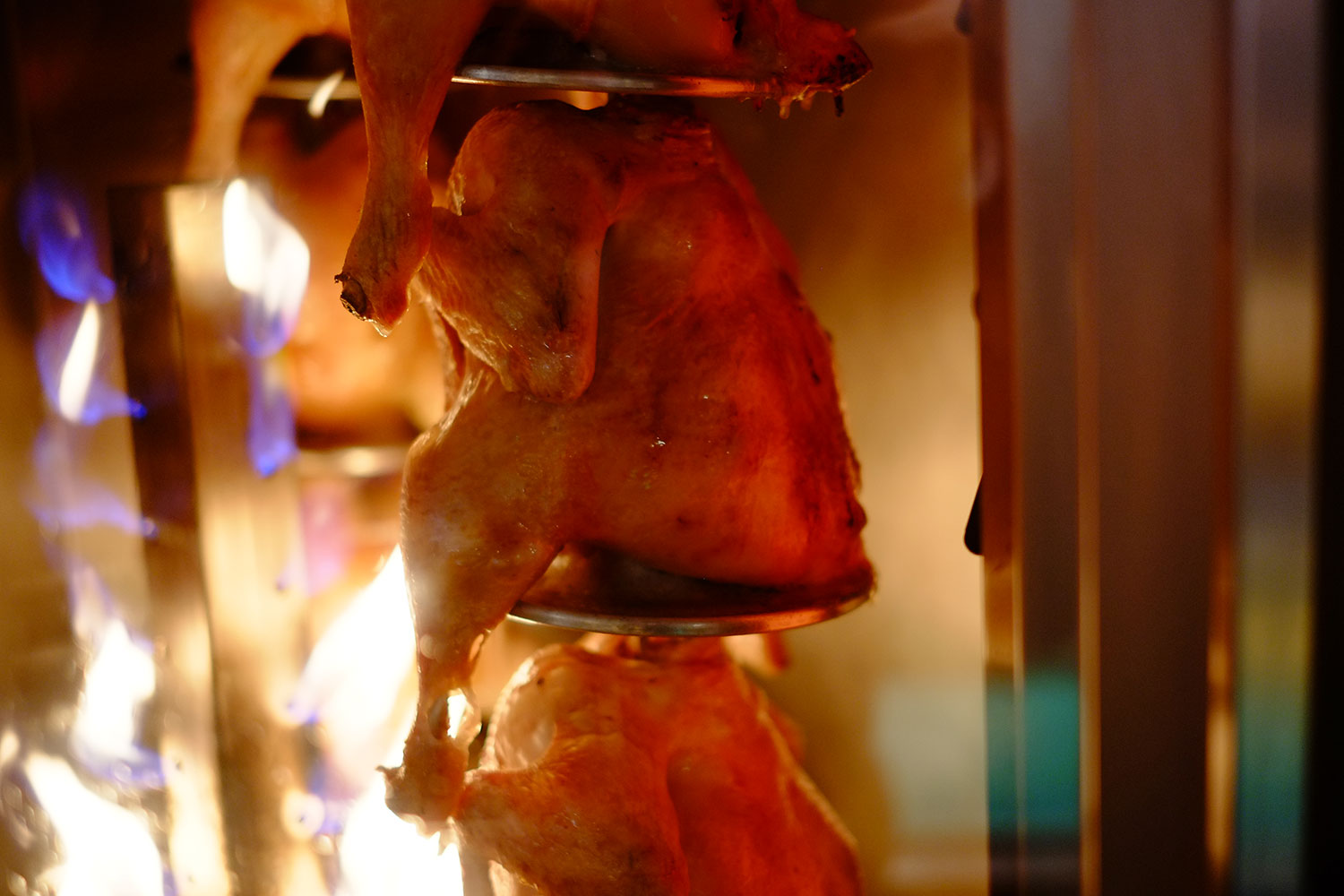 All finished and cabin doors to manual we left content and full only to enter the throngs of green clad leprechauns gallivanting around London’s West End in search of the perfect pint of something black with a cream top.  I did wonder if we had got off the plane at the wrong airport?