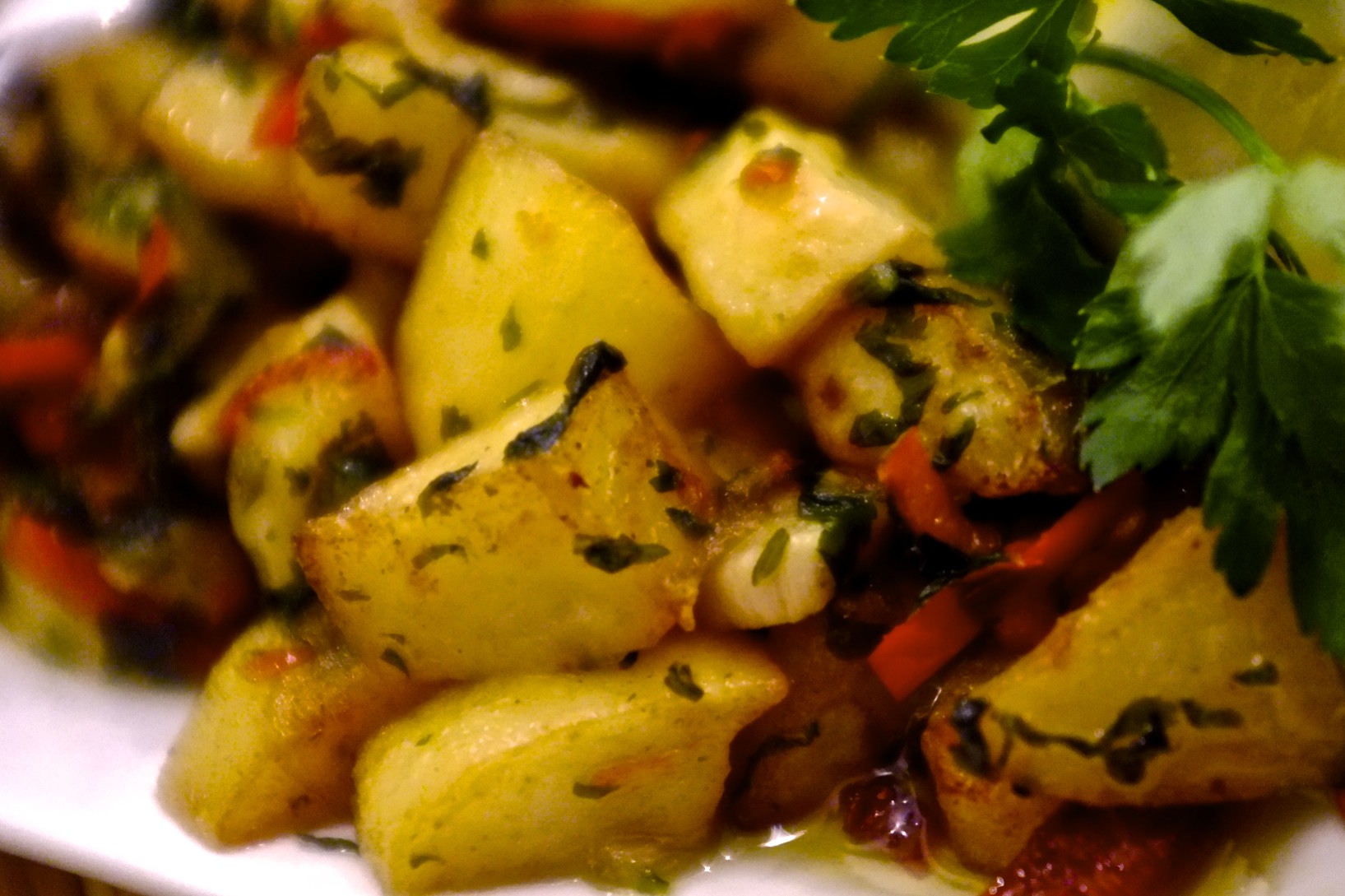 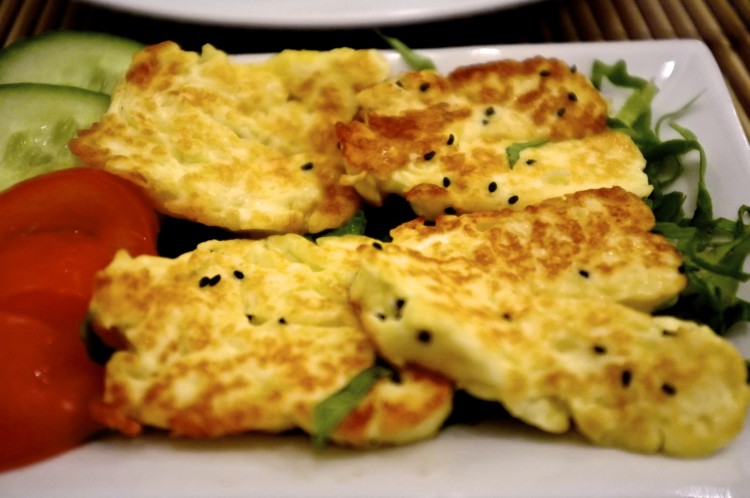 As someone relatively inexperienced in Lebanese food, I was looking forward to trying out Dalila, a new restaurant just a step from Chelsea Bridge.  The interior is pleasing and comfortable.  There is an air of experience and longevity that beguiles Dalilas recent opening.  It seems very well established but is only two months old. 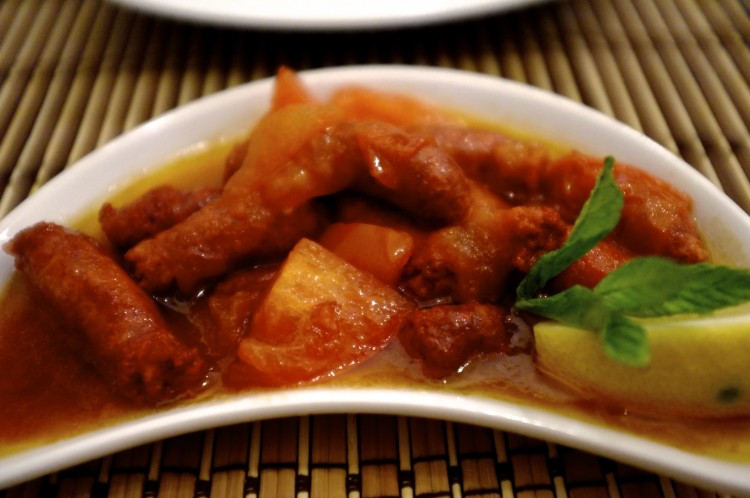 This is an ideal place for families to eat at or indeed to take away from; I saw many customers come and go.  They must be doing something right? 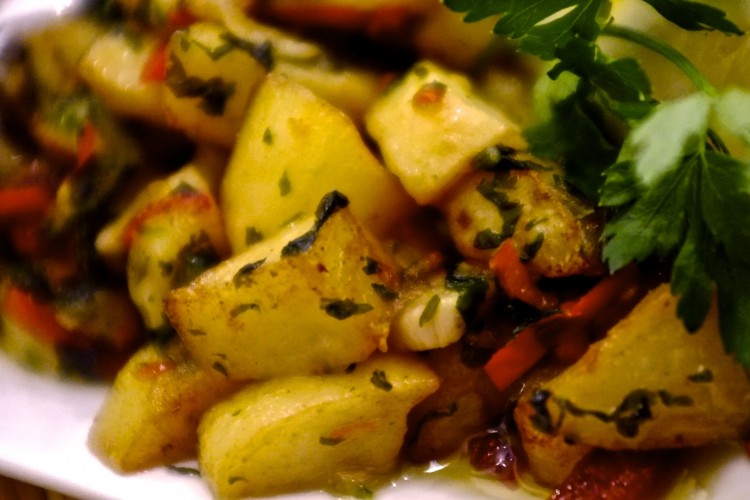 The style of food here is traditional and meant for sharing.  We asked for recommendations from the hot mezze section, as a lot of it was new to us.  M chose halloum meshwe a fresh halloumi grilled cheese that had the texture of Mozzarella, totally delicious.  Soujok was one we shared, spicy sausages not dissimilar to chorizo these had a kick but were lovely.  A speciality of the house is a kind of deconstructed falafel, which is served open, looks like a small scotch egg and is stuffed with pickles.  M didn’t like them but I did, the outer shell was crisp and the filling creamy. 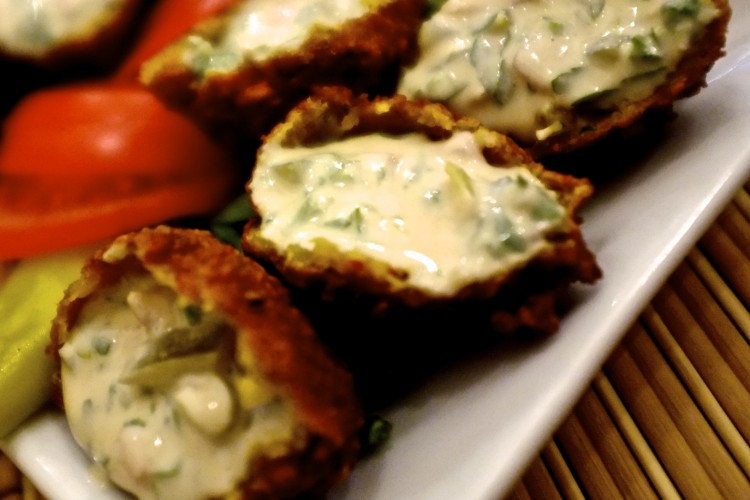 A few other mezze came and went, these really are like tapas so order a few and think about combinations.  A batata harra, small cubes of potato with garlic, chilli,sweet peppers and coriander worked well with the spicy sausages but would have been a bit plain on its own. 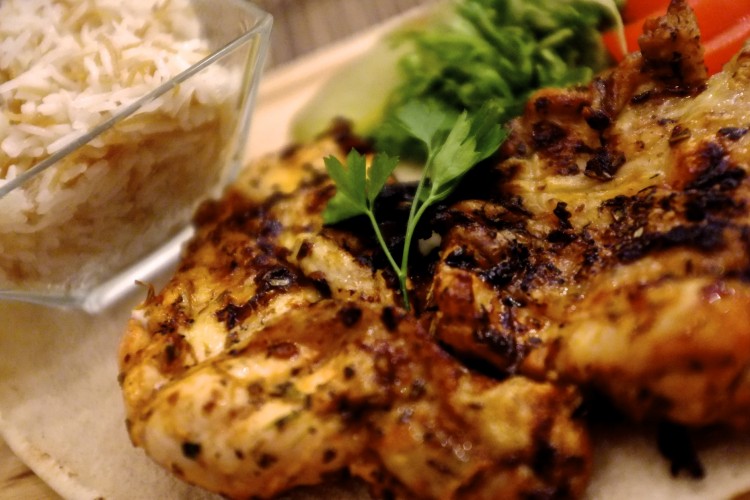 A few couples and families drifted in as we ate staff were great with children and low level music gurgles away in the background.  There are a few mirrors doing a great job at making the space look bigger and if you so desired there is the odd intimate corner in which to nestle.

Mains were of a high standard with the odd tweak they could be outstanding.  I chose a kafta khashkhash, a charcoal grilled mince lamb with a spicy sauce that was smokey, I asked about this and was told that part of the unique flavour of the sauce comes from chargrilling.  It was a great tasting dish but maybe the ratio of rice to sauce was wrong, I would have preferred more sauce as it became a touch dry at the end.  M had an excellent farrouji meshwi, chicken again chargrilled and as moist as could be.  A real treat and a master class in how to use charcoal that the BBQing British public could learn a thing or two from. 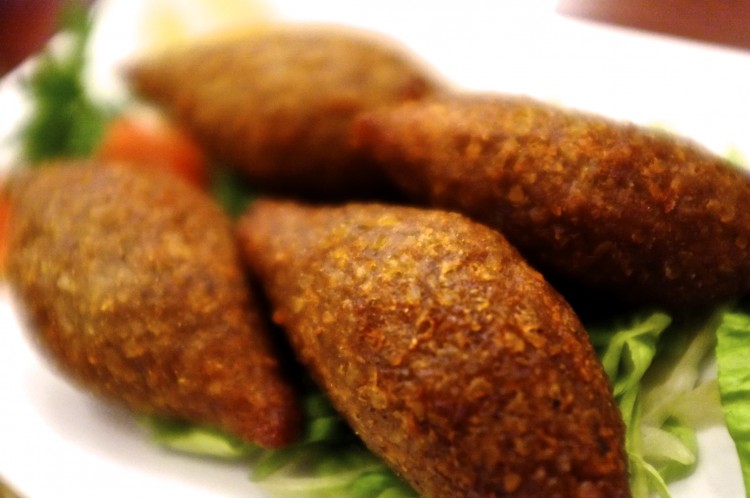 We were quite full by now but had to try a dessert as I had high hopes, the food thus far had been great.  After a chat with our waiter we elected for layali Lebnan a kind of inverted cheesecake in appearance it had rosewater cream as the body and butter biscuit topping with a sweet and devastatingly good pistachio syrup.  This was a perfect end to a very satisfying meal that had its surprises.  I think that Dalila has done a wonderful job in its first two months and can only get better with slight improvements.  The prices too are right, under £5 for the mezze dishes, mains just over £10 and desserts at under £5. 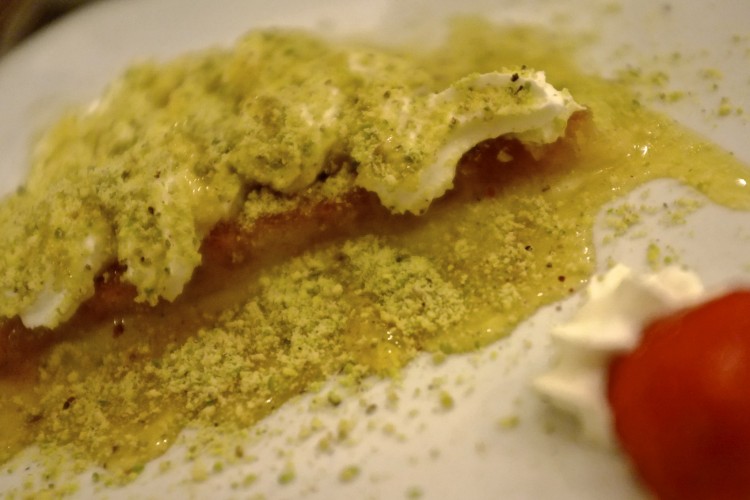 After the meal we took a walk over Chelsea Bridge and I wondered how much the same meal would have cost north of the river?  It might set you back twice as much?  That made me smile.  Bad luck Chelsea.  Lucky Battersea.