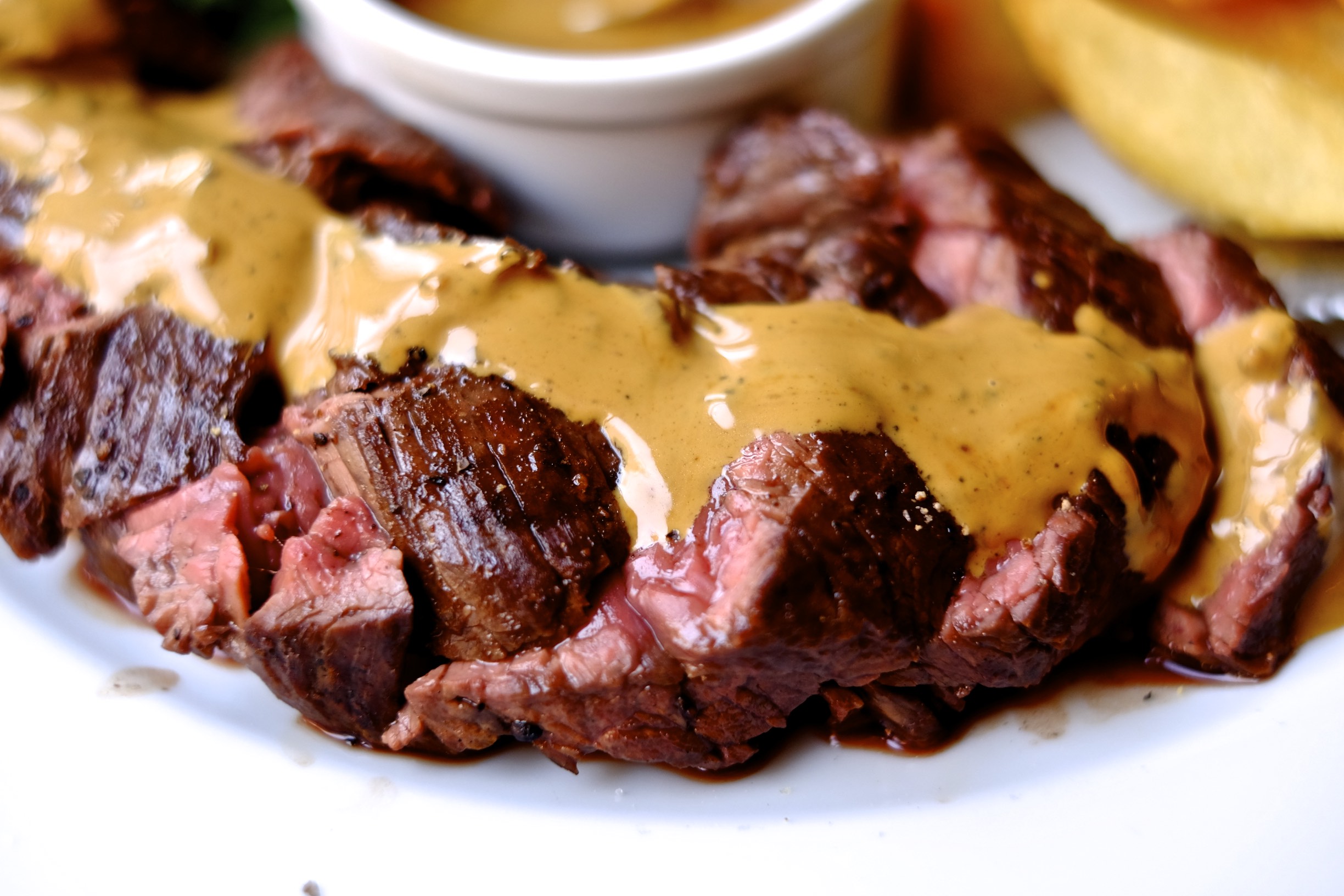 Eating out in Nottingham 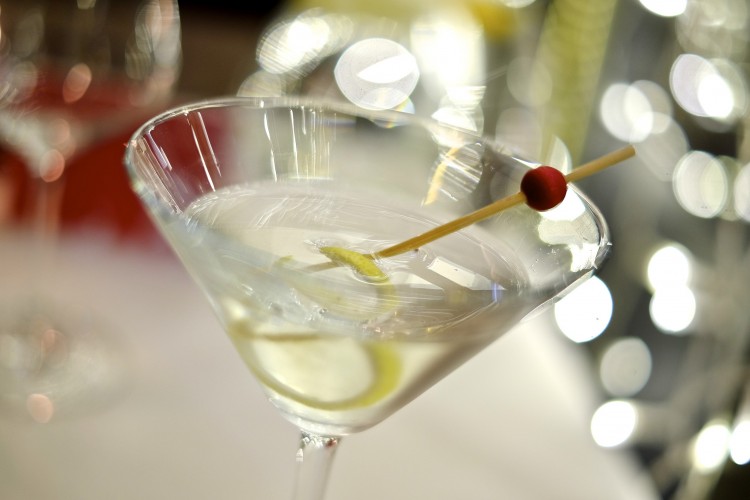 The first thing to realise is that Nottingham has a tremendous choice of good food on offer. It’s very easy to get caught up the London bubble when it comes to restaurants. But if anything, London is guilty of muddying the water with its fads and fickle pop ups that last no time and add nothing to the mix. 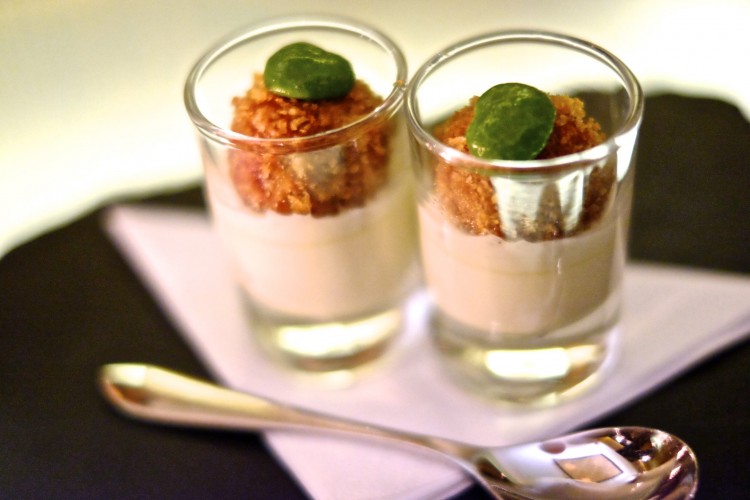 I ate first at a long time institution of Nottingham’s Indian scene MemSaab on Maid Marion Way, Nottingham. It has featured in the last four years of Michelin’s guides and came runner up in this year’s Observer’s Food Monthly awards. What is interesting about it is that the food hasn’t taken the modern road it relies on a traditional palette. 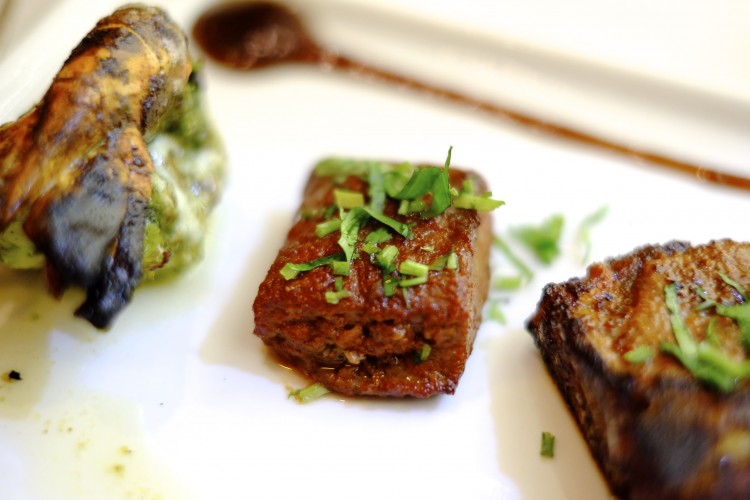 The first thing you realise when you enter and your eyes adjust to the low light is how large it is. There are sections at the back that can be screened off for private parties or the whole place could be used for wedding receptions (and frequently is) as it holds over 150. 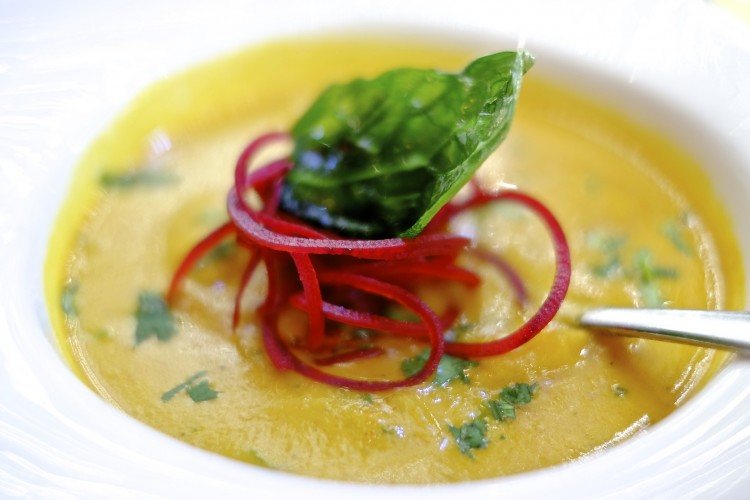 My table was brightly lit and at the front. The service was really charming, they were polite, offered advice if you need it and deliver what they’d promised. I chose a mixed plate to start of which the Lahori lamb chops were my favourite. The ostrich fillet was as tender as could be; infused with garlic and chilli and keeping up the seafood end was a subtle Amritsari machli (cod) and jhinga (king prawns). The portions were about right, enough to make you interested and to get an idea of the calibre of the kitchen but not enough to dread the next plate. 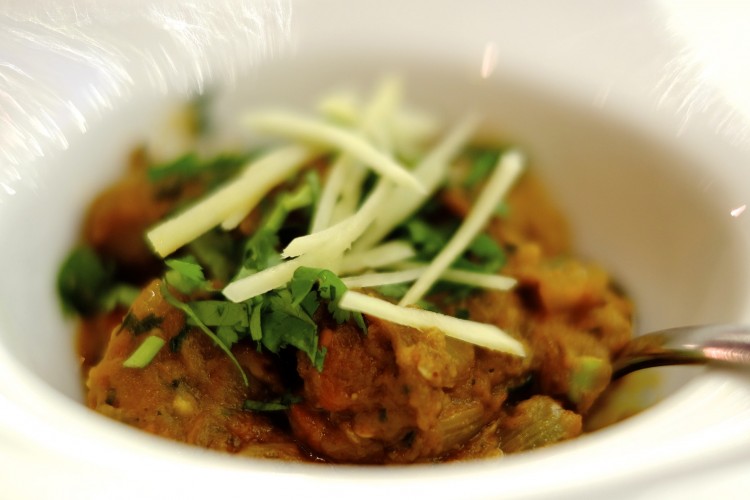 The wine and cocktail list is also good with a few twists on regular offerings from the shaker. I thought I’d operate out of my comfort zone and go with Goan fish curry with some smoked aubergine, some rice and a chilli and coriander naan. All the vegetarian plates can be ordered as mains or sides. The fish was glorious, solid chunks of flesh with a sweet coconut and tamarind to counter its taste. I could have eaten that all over again. The aubergines were also very good with a gentle smokiness to them. 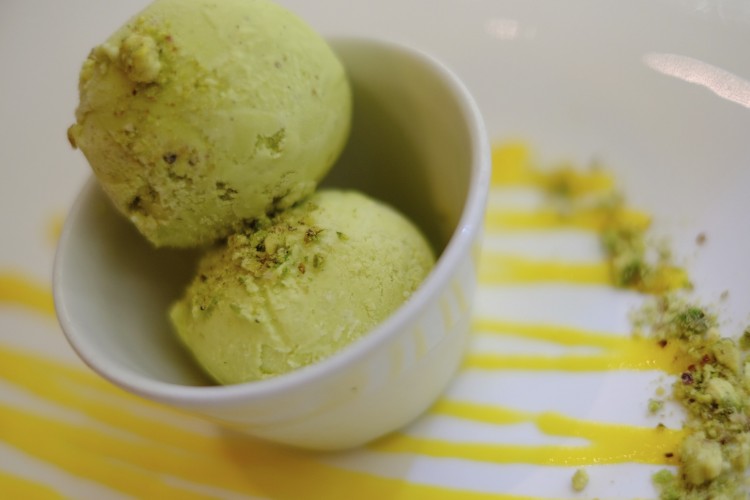 MemSaab is a worthy winner of awards and I admire them for not being too modern. They know what their market is and keep it happy. I would happily return there to try other parts of the menu as I saw some plates go past that not only looked amazing but smelt incredible as well. 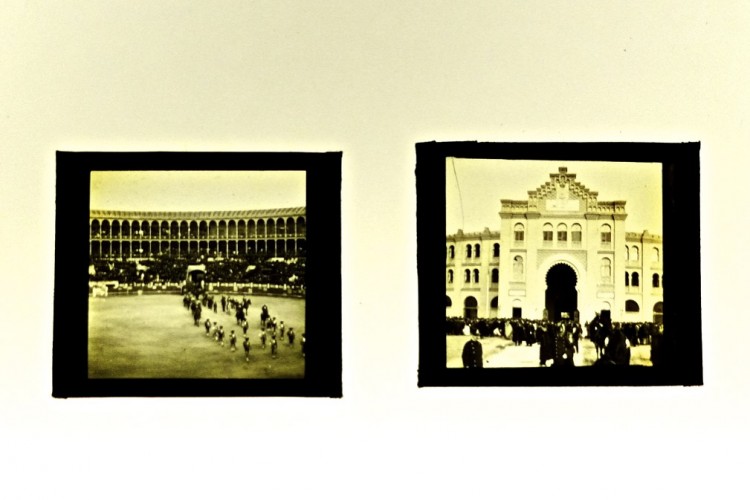 The next notable restaurant I went to was another Nottingham institution World Service. Where all is sleek and calm. The bar area is all very lowlight gentleman’s club with a touch of up market Bali thrown in and broad leather sofas to languish in before the main event. A decent Old Fashioned passed my lips as I perused the menu. It’s quite short which I always find reassuring, the chef knows what works and wants to concentrate getting it right. More of sniper than an elephant gun approach. 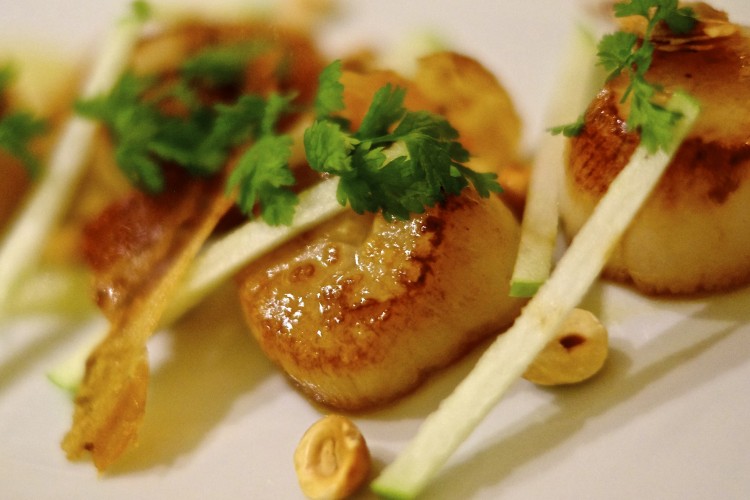 An amuse bouche of horseradish panacotta and beetroot deep fried balls, very pleasant and gone in two mouthfuls. My starter pan-fried scallops with pancetta, apple batons and hazelnuts was sweet and crisp with a little crunch of nut. As well as tasting good I liked the look of this dish. Everything was on show and there was no ambiguity surrounding the ingredients. 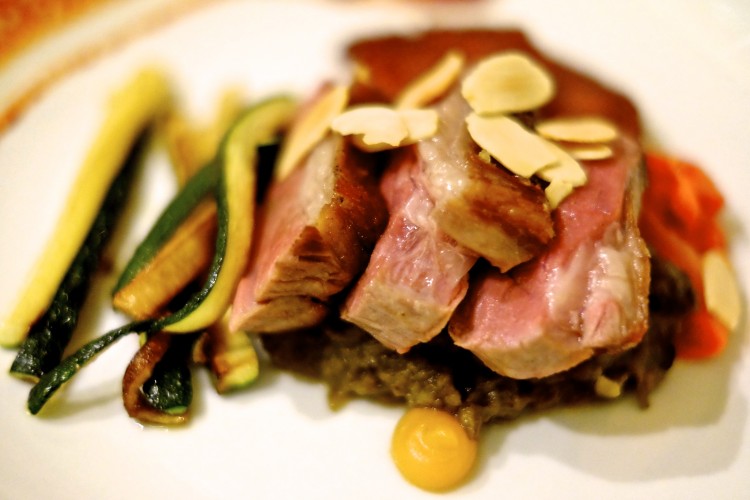 The decor at World Service is a little more detailed than first inspection suggests. Pocketed around the room are old backlit photographs depicting an age of exploration and discovery. Think Egyptian archeologist Howard Carter or Richard Francis Burton the esteemed cartographer of Africa and you’re on the right track. It works very well and offers pleasant curiosity. 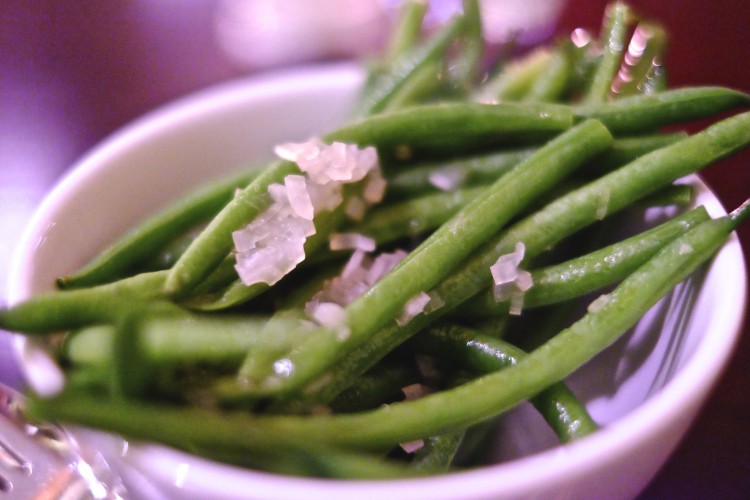 My main was a rump of lamb served pink with couscous, aubergine caviar, chickpeas, a touch of Merguez sausage and almonds. This dish fitted my surroundings perfectly (maybe it was subliminal?) as it had that Middle East and North Africa vibe. It wasn’t heavy but had plenty of flavour, a good plate that delivered. 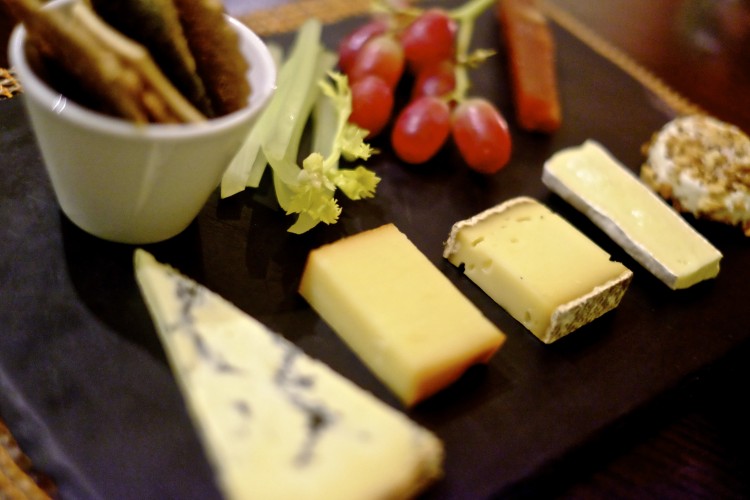 Cheese followed and was on the whole good with one exception, a light goat’s cheese had been rolled in nuts that were not at their best with an acrid note. I simply brushed them off and enjoyed the cheese ‘naked’. 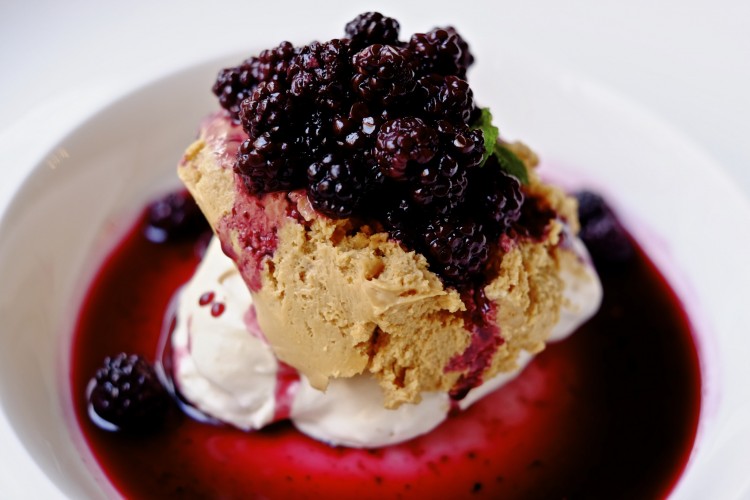 The service was quietly efficient at World Service with Hailey topping up my glass from the excellent bottle Taffy Malbec from Mendoza whenever it looked on the low side without being asked. 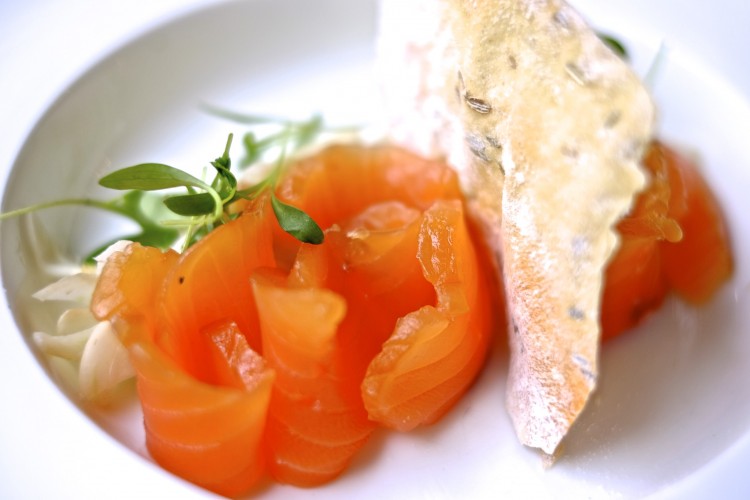 All the restaurants I tried out in Nottingham were good and my last lunch proved no exception. The charmingly named Larder on Goosegate, Goosegate being the road it sits in is a pedestrian centric area of the city. It also happens to be where Mr. Boot the chemist started his business. They have the original sign in the restaurant, which is accessed by ascending to the first floor. You are rewarded with a very bright room with exposed boards, leather backed chairs and scrubbed tables. 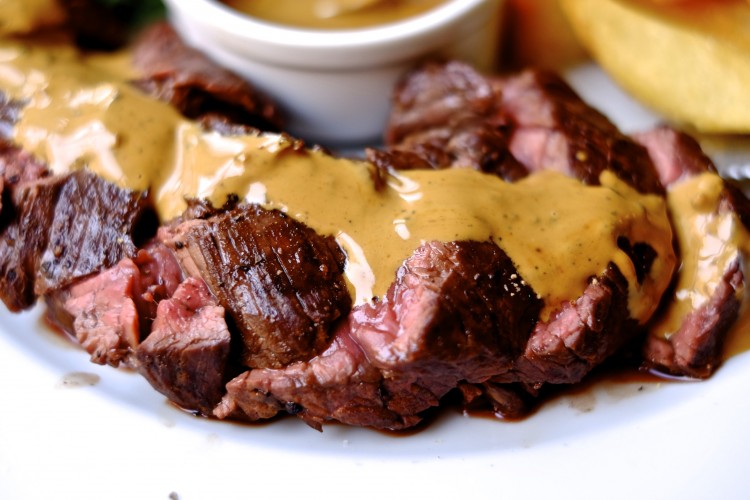 Becky presented me with a short (good) menu and a similarly short wine list by the glass, there is a longer one but this was lunch so I was more than happy to rein things in. The treacle cured salmon with fennel and walnut slaw and ‘music paper’ bread was brilliant. The salmon was cut 4mm thick, why don’t restaurants do this more often? It’s the best way to enjoy salmon. The treacle treatment added a bittersweet note and the whole plate was delicious. If you go have this starter, if you’re wondering about the ‘music paper’ bread it’s a Sardinian specialty of wafer thin hard bread that can be toasted or moistened, as a dish requires. This was crispy and very light. 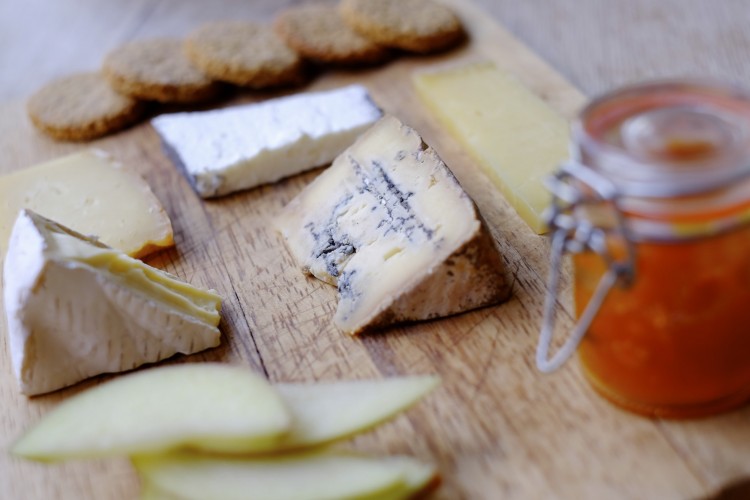 The Larder is the sort of place you could easily loose about four hours of an afternoon. It’s quiet, sunny and bright very private and very relaxing. A shame then that I had to only stay for two hours I would have rather a couple more. Maybe I’ll do that next time. 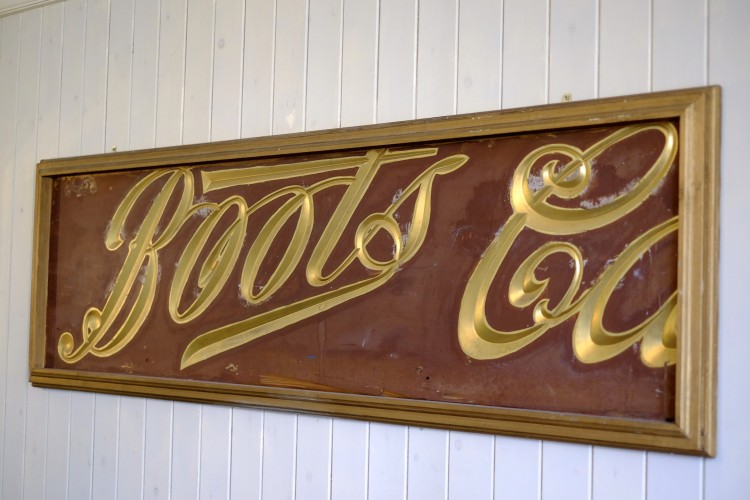 The steak was a 10oz hanger with a kick butt flavour. Super peppercorn and brandy sauce that just draped itself all over the meat as I poured it, a great combination. There were chips and a salad but they fell into taste bud insignificance compared to the glorious meat. A cheese board was also good with Lincolnshire Poacher and Admiral Collingwood taking the honours. I tasted a pudding just out of curiosity; roasted white chocolate mousse, hazelnut meringue and blackberries. This was not a success. The meringue and mousse were rock hard. It’s a shame as the tastes worked well and the blackberries gave it a much-needed sourness with all that rock hard sugar on the plate. 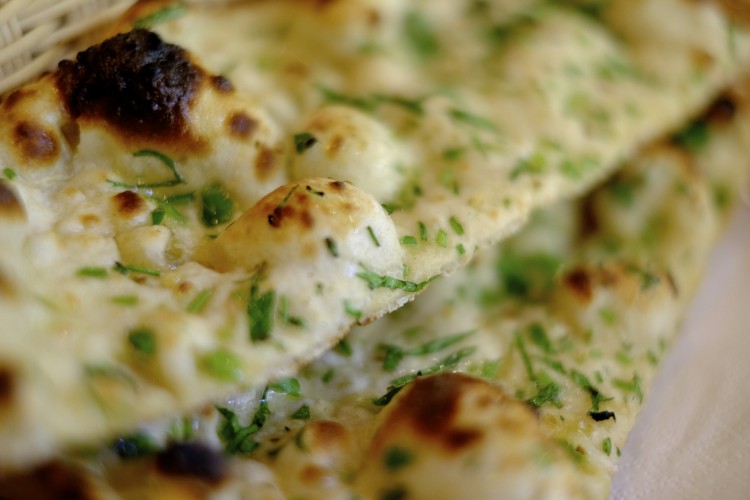 The Larder like MemSaab and World Service provided good food and are all worth investigating as each is bringing something different to the restaurant scene. I have also mentioned in another review that The Malt Cross had brilliant smoked food, the Ned Ludd gives you Nottingham Pie (definitely worth trying) and Nottingham’s traditional delicatessen Delilah can provide you with green eggs and ham. There, I’ve said it now so the cat is definitely out of the hat. Pesto with eggs is a simple pleasure worth discovering. I am lucky enough to have a job that gives me a chance to try lots of different types of food but I can honestly say that Nottingham provided me with some new tastes and flavours that I have thoroughly enjoyed. So bring out your inner Robin and get down to the ‘hood’ I don’t think you’ll be disappointed. 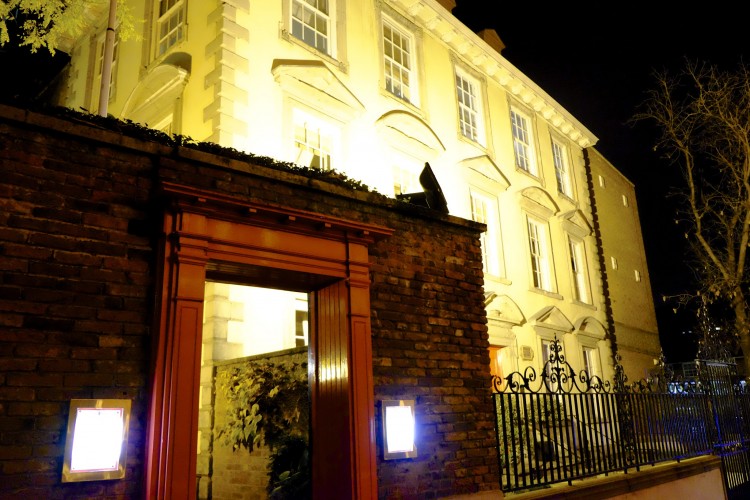