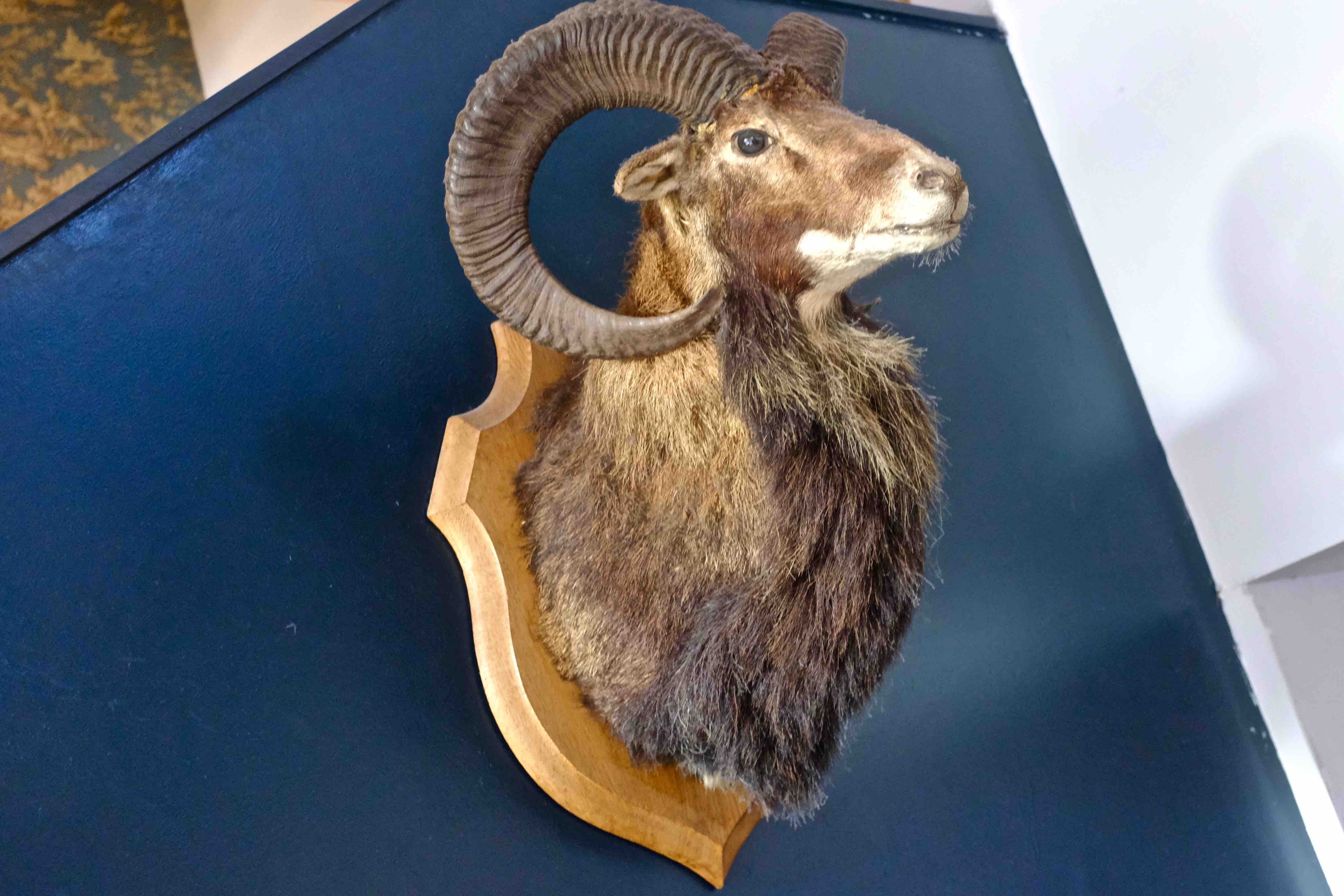 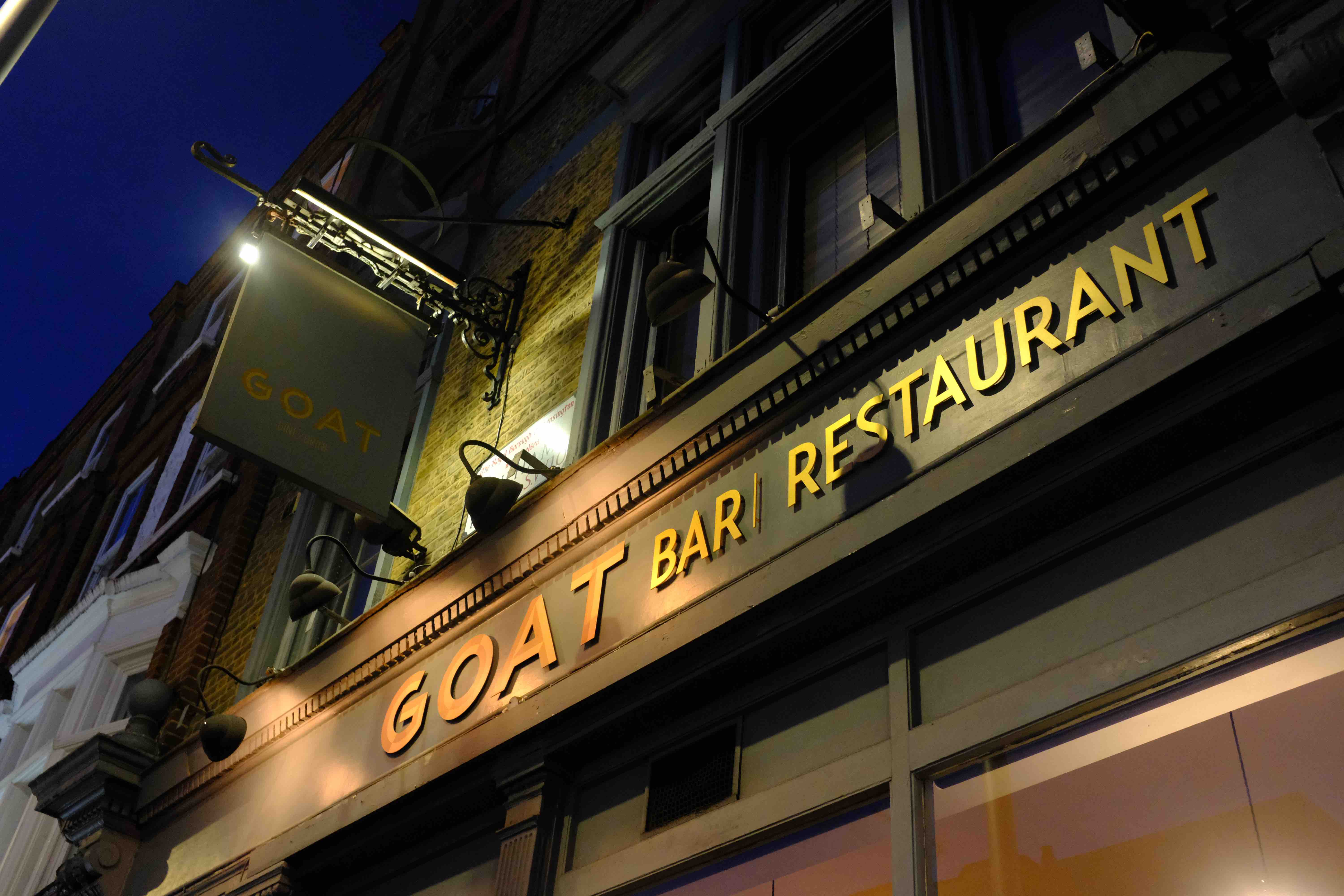 The Fulham Road has always been an inventive and fertile place for food and drink, but bars and restaurants come and go with increasing regularity so it is a great joy to see an old favourite of mine still firmly ensconced.

It’s a few years since I last visited Goat, then it was all new shiny, sparkly and really quite good.  It seemed like a good time for a check up, restaurants are like patients they need to look after themselves to stay in good shape. I wasn’t sure if they could continue to pull off the almost impossible and be all things to all people all of the time. 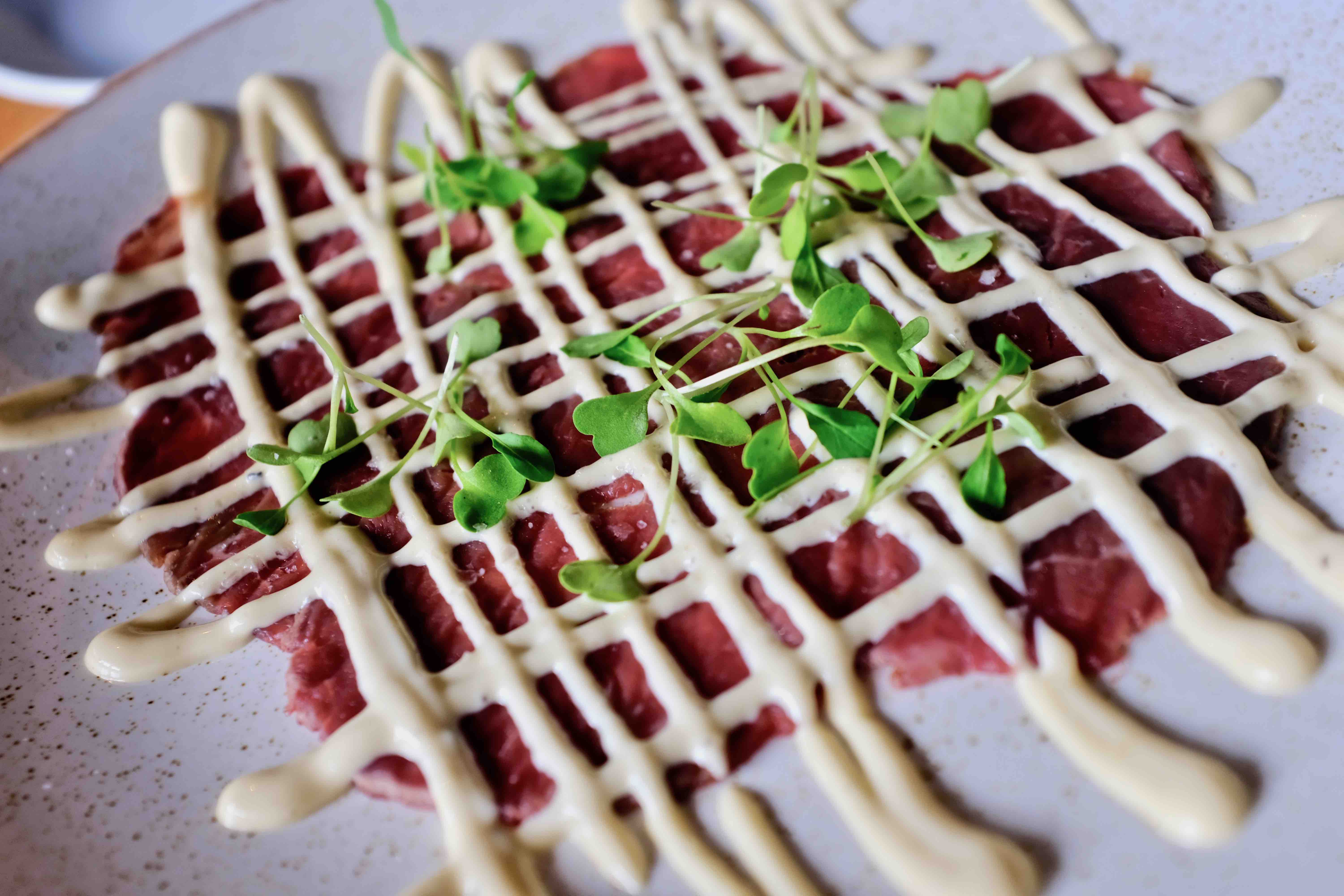 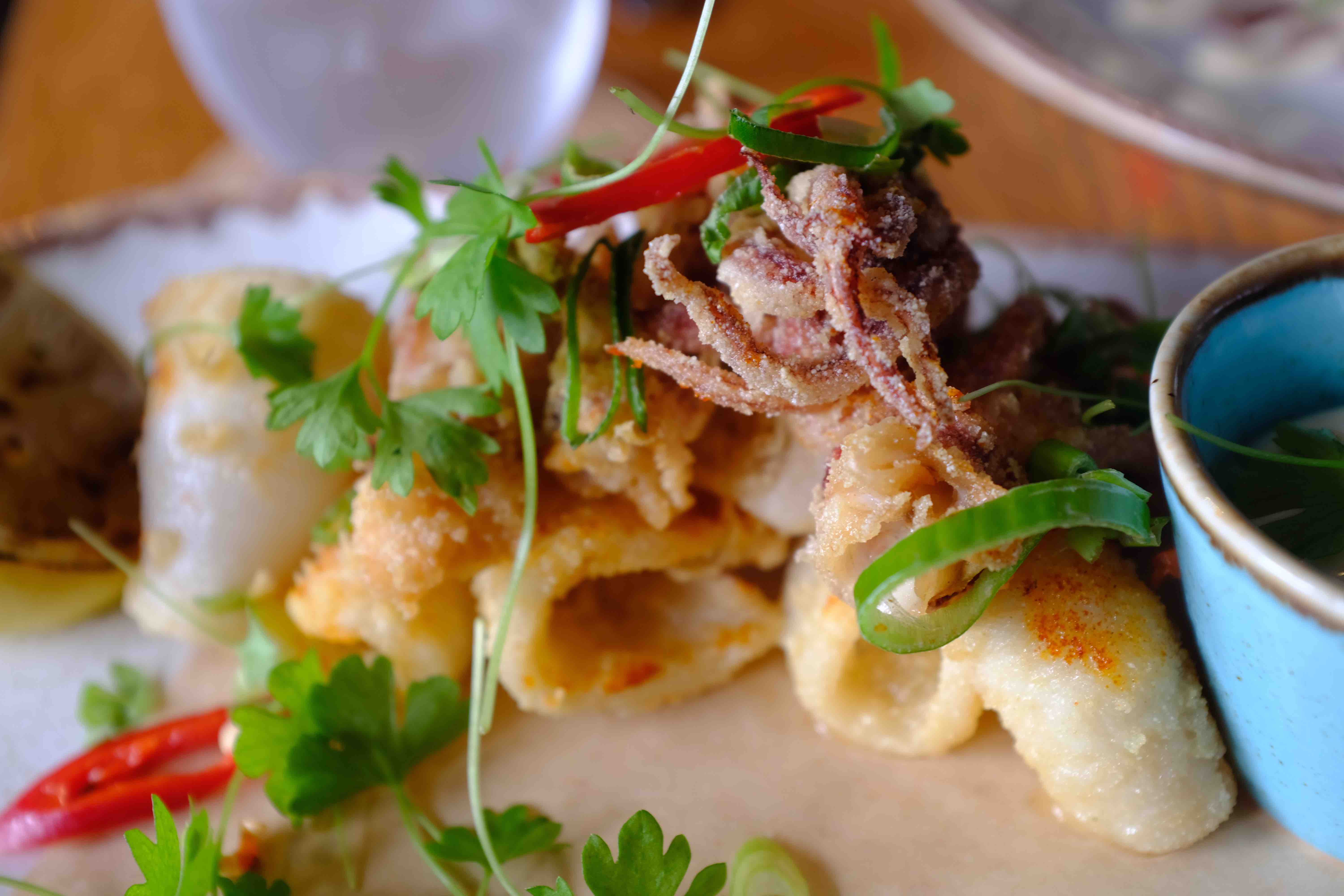 I arrived with L my fellow diner for the evening who although lives locally and is familiar with this now well known landmark had never eaten here.  We were in the middle of what has turned out to be an exciting season of football (so I’m told, not really my thing).  The World Cup was in full swing and tonight France were up against Belgium for a place in the semi-finals.  Goat is not a sports bar by any means but it does have a TV on the upper level so tonight it was full of French watching the match while having a bite and supping some of the superb cocktails on offer.  Cocktails are something that Goat does very well. 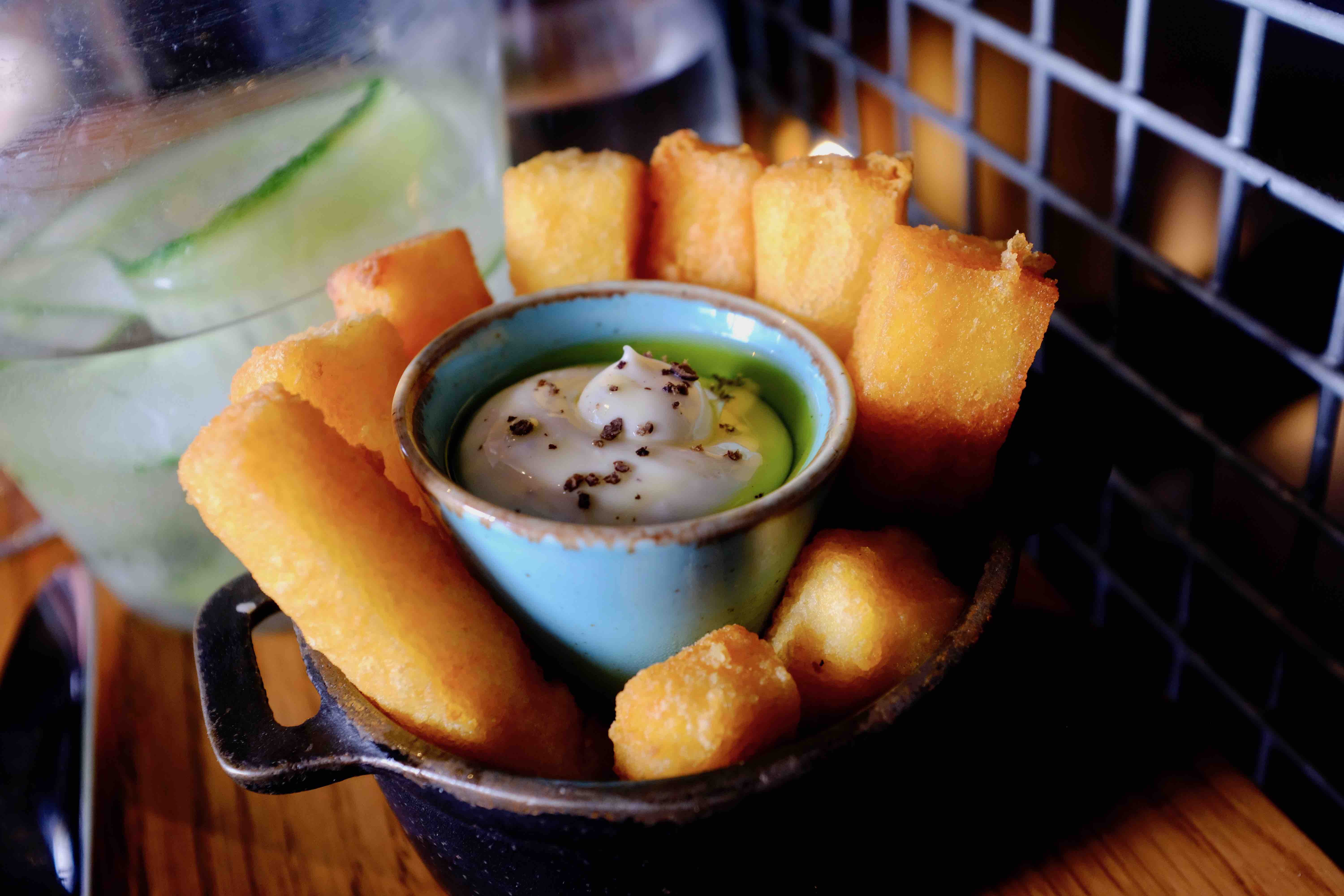 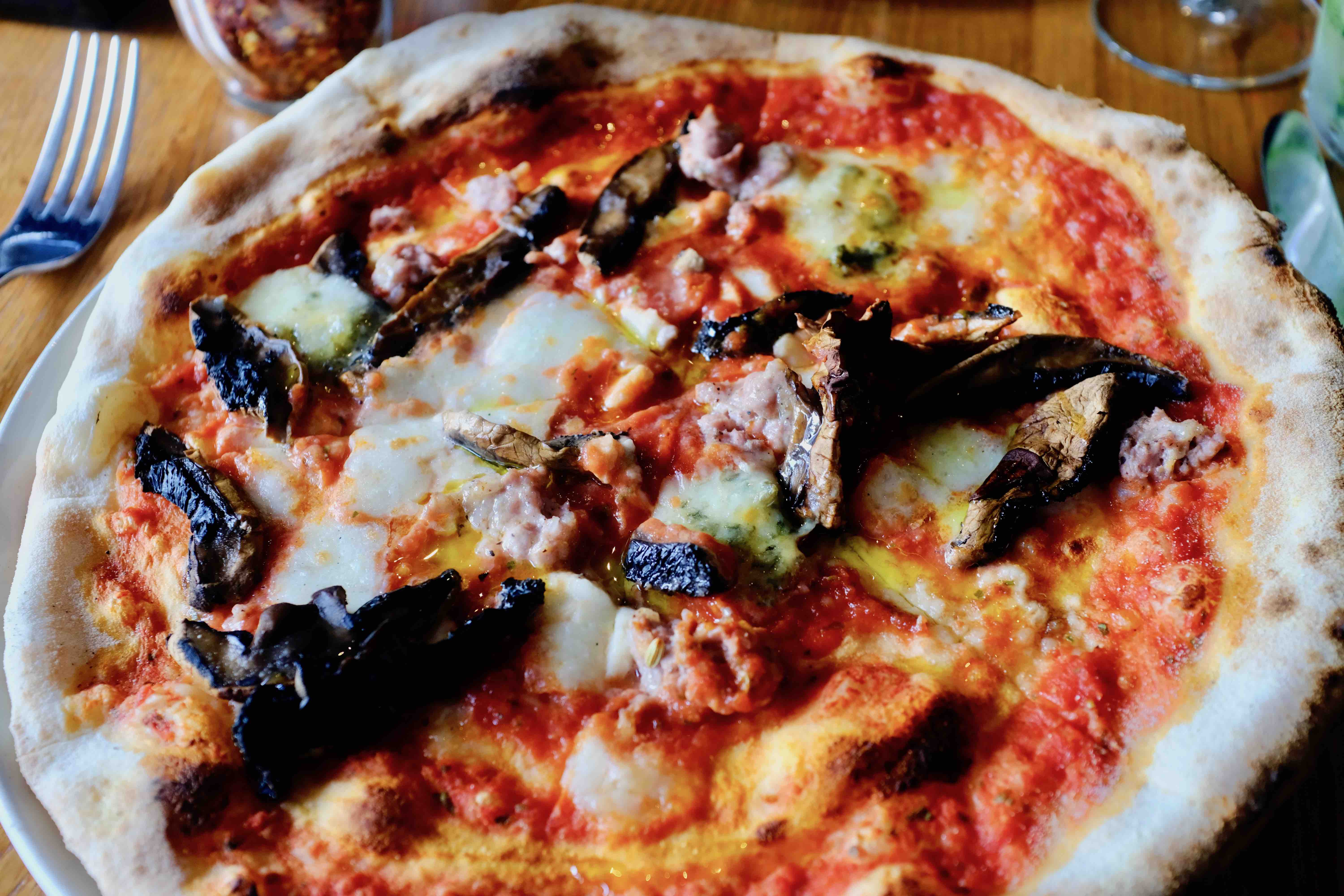 But we were there for the dining.  The weather was fantastically hot, it’s primarily Italian food so pizza seemed the order of the day.  But first we were charmed by the “slightly flirty” waiter Christopher L’s words.  He was everything you’d want in a waiter, good fun, offered recommendations (Gorgonzola, Italian fennel sausage, mushroom and truffle oil pizza) which was a success and a smile at every juncture. 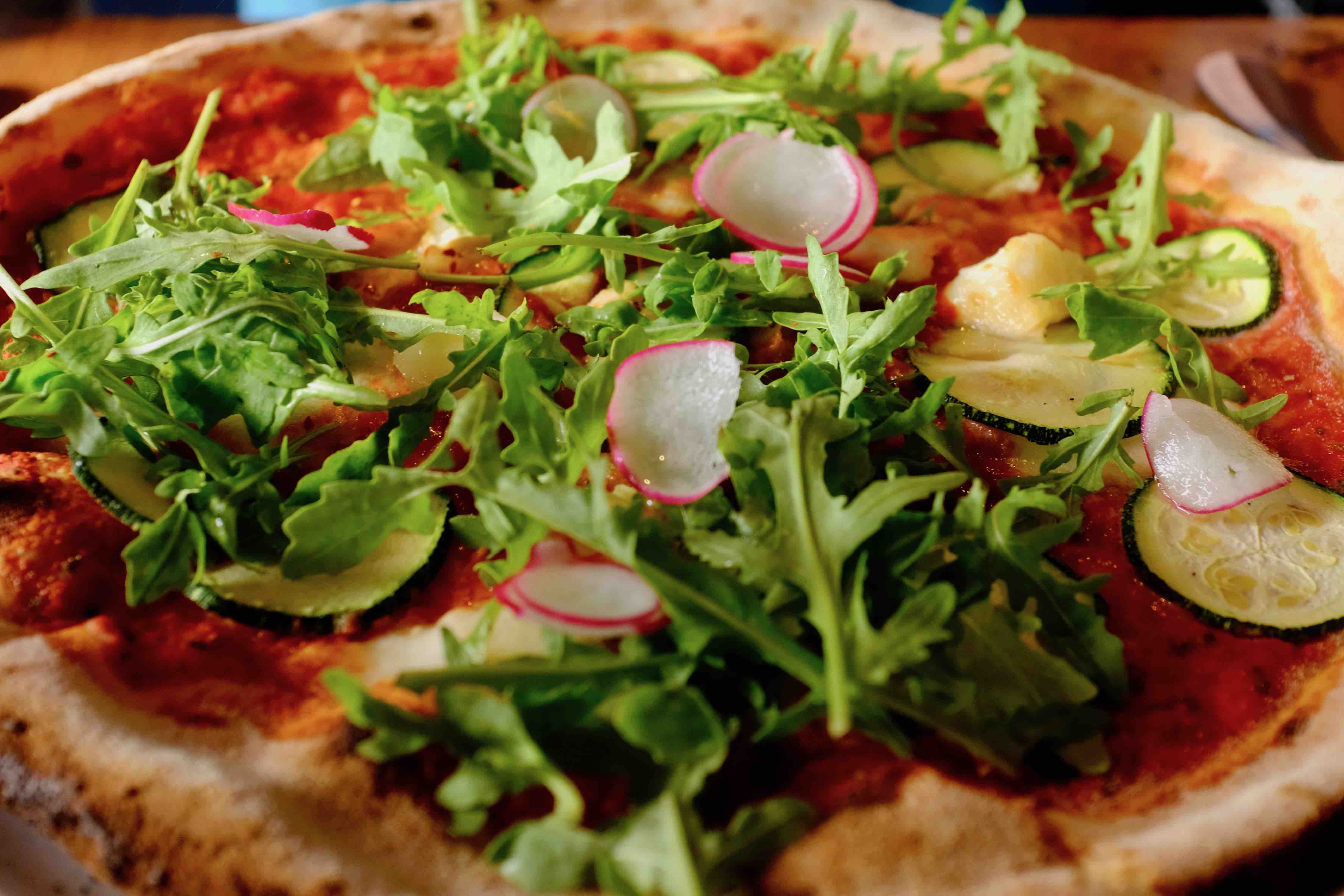 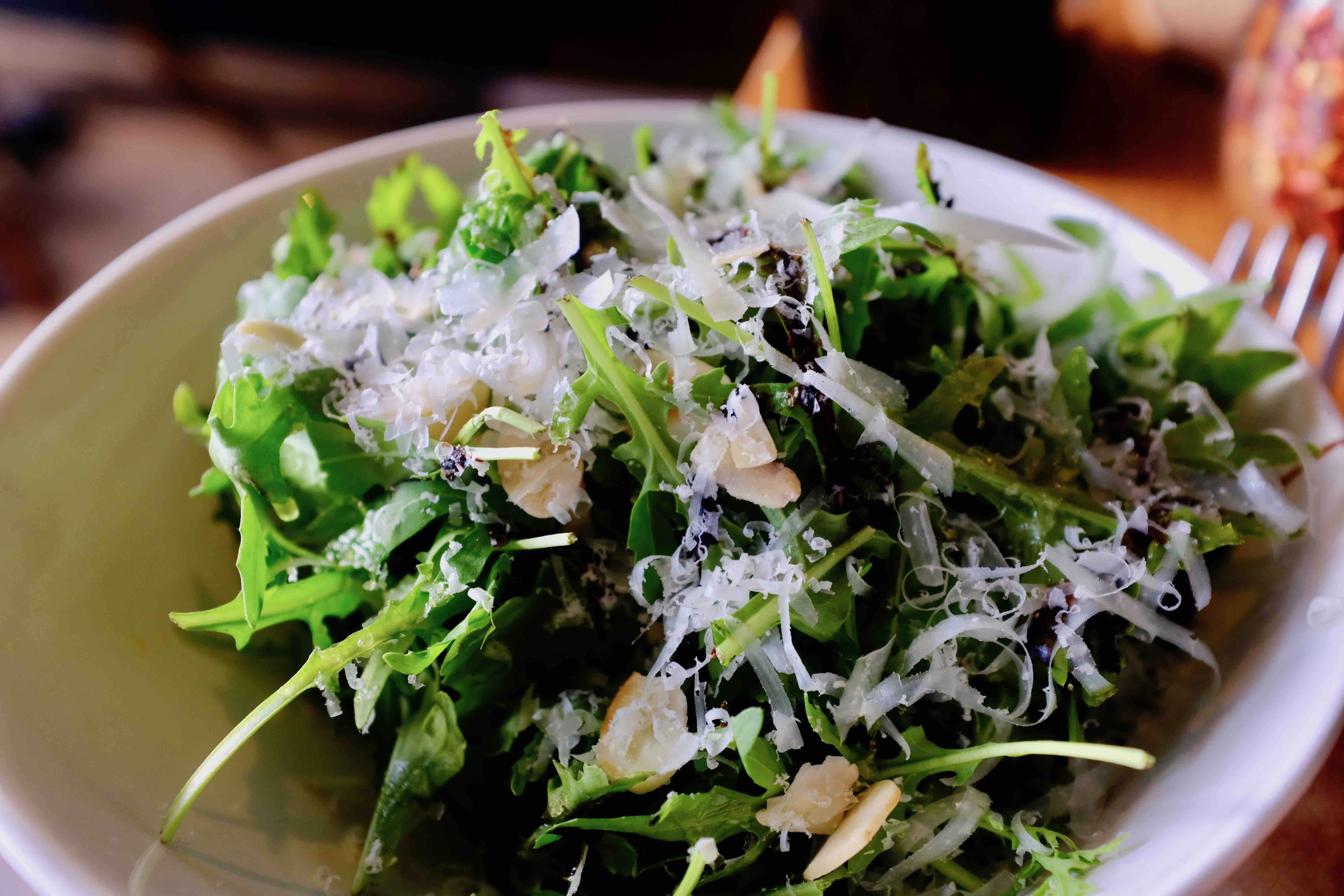 There was a cheer from the bar, we paused our conversation and then as it subsided carried on a few seconds later. Repeat.  This was the rhythm of the evening.  Our starters were both up to par, the beef Carpaccio, with Harry’s Bar dressing was as L put it “like butter”, but they may have overdone the quantity of dressing a tad for my liking.  The calamari fritti, coriander, fresh chilli and basil mayo were lovely, small and crisp with a little zing from the chilli. 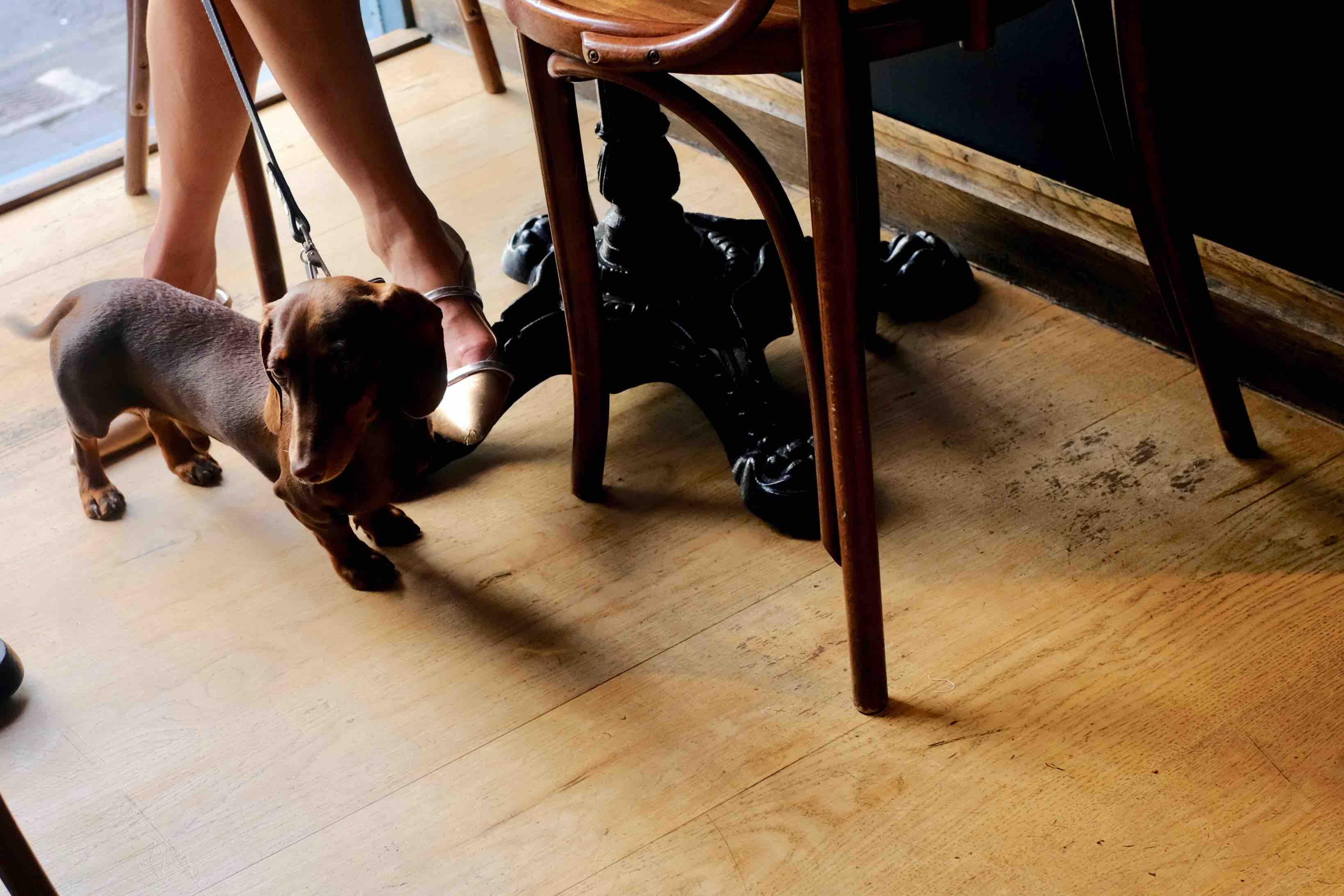 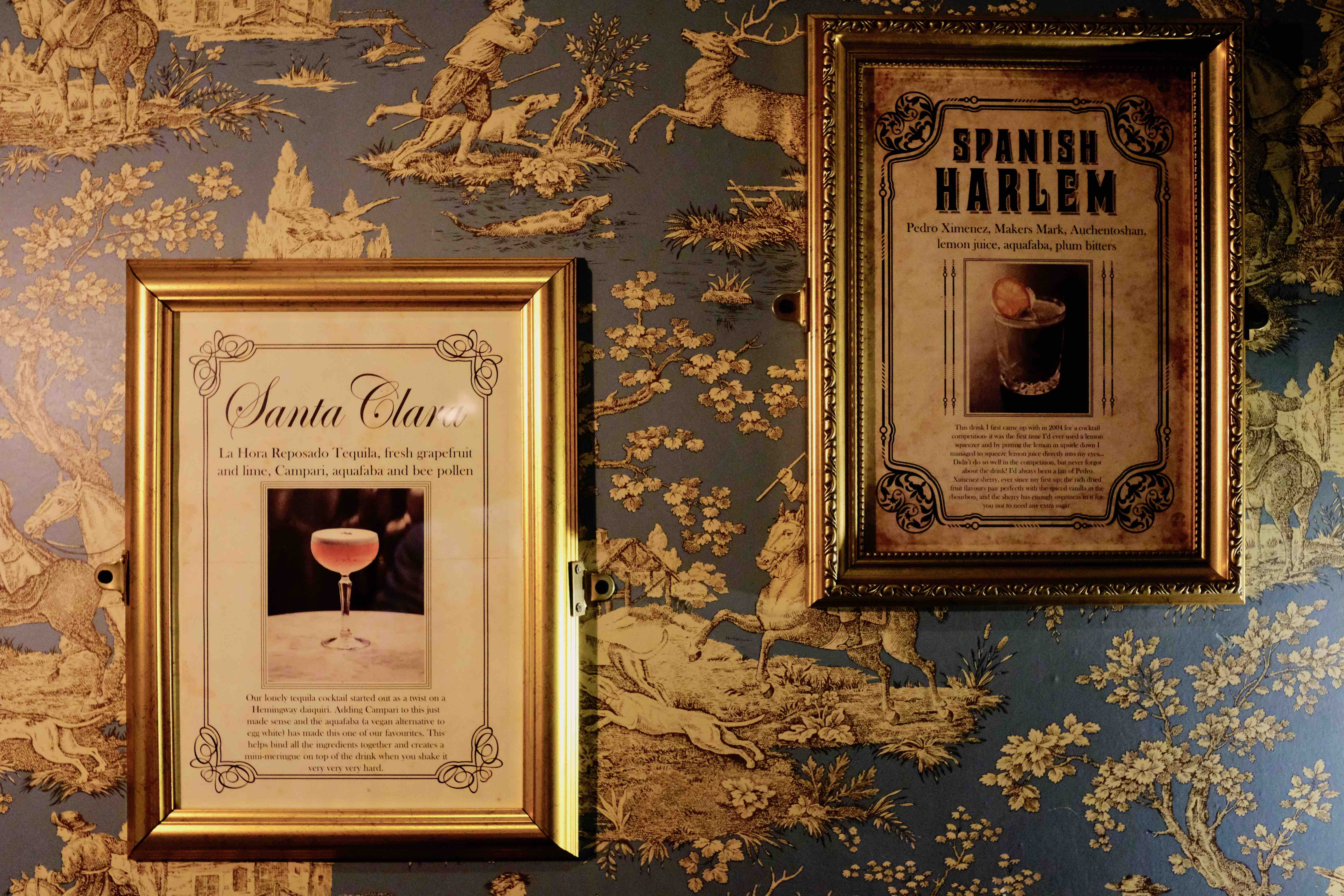 More cheers from the bar and then a retreat as about twenty French patrons left the bar.  What had happened?  Was the game over?  Total disenchantment with the beautiful game kicked in?  No, of course not, we realised it was just half time so they had popped out to smoke a quick Gitaine.  They returned in time for the second half, phew, the conversation metronome was back in place! 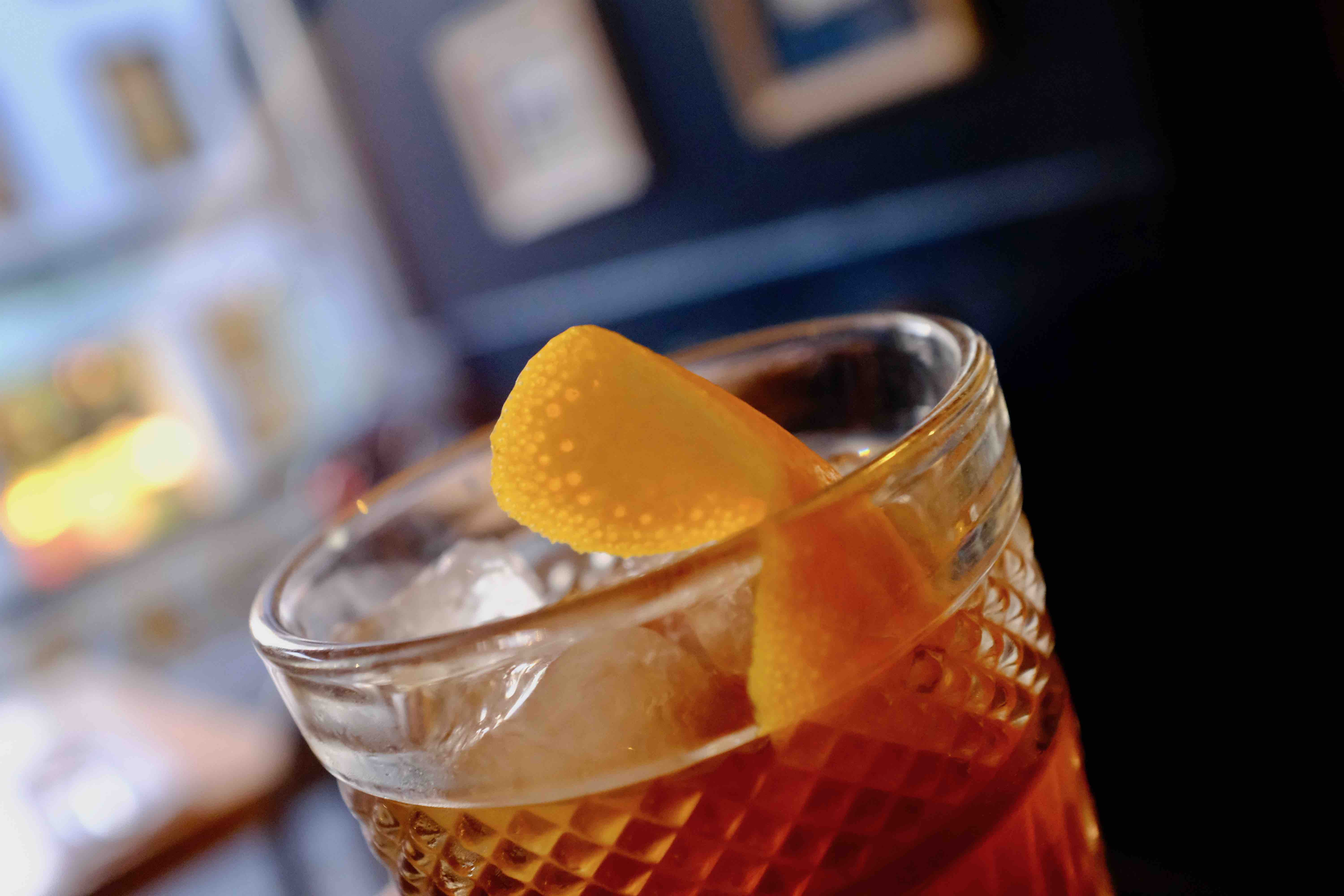 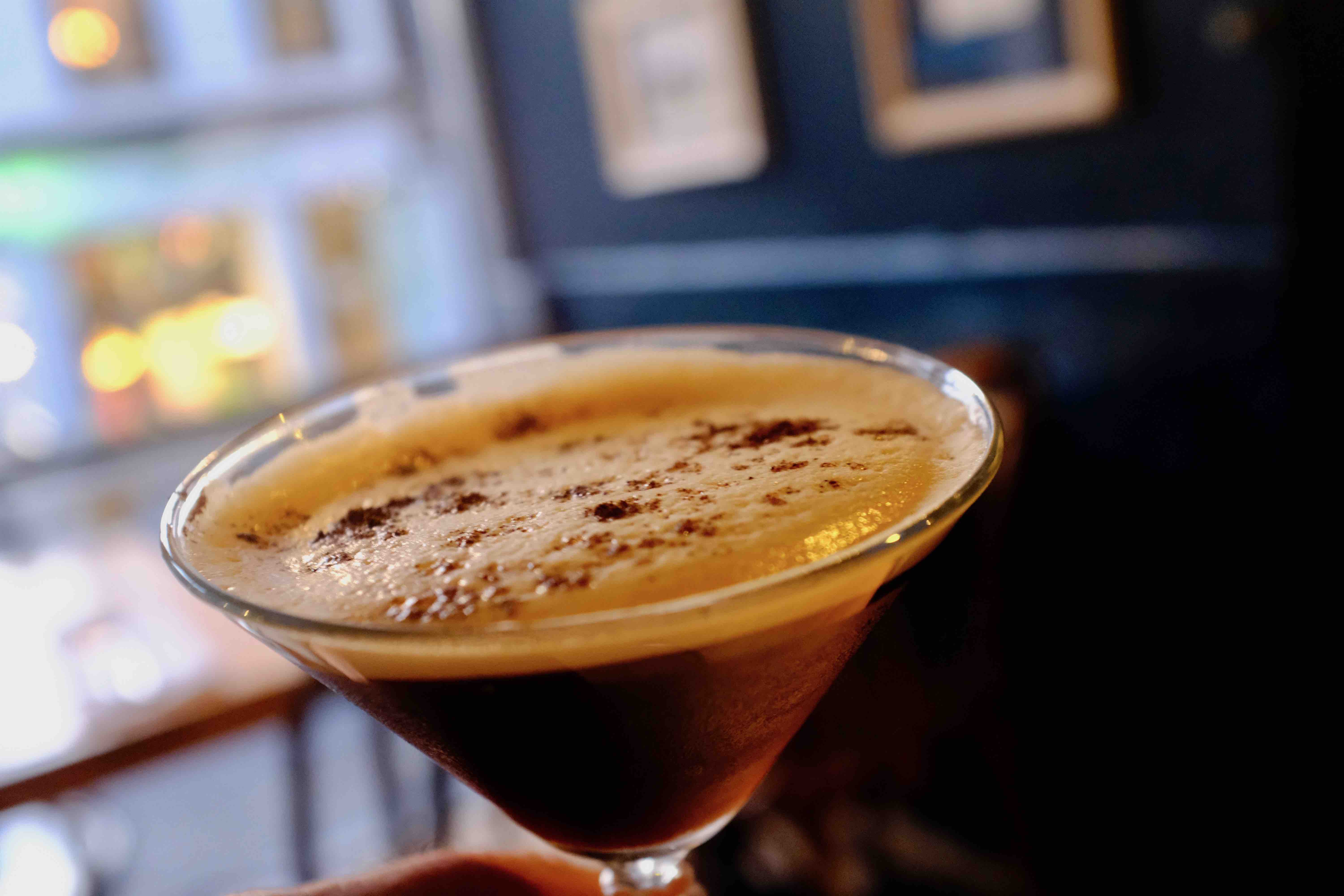 The pizzas were Goldilocks, not too big, not too small, just right and tasted of what they should taste of, L couldn’t resist having goat’s cheese, mozzarella, zucchini, pink radish and rocket. I guess it would be weird if a place called ‘Goat’ didn’t offer goat’s cheese at some point. 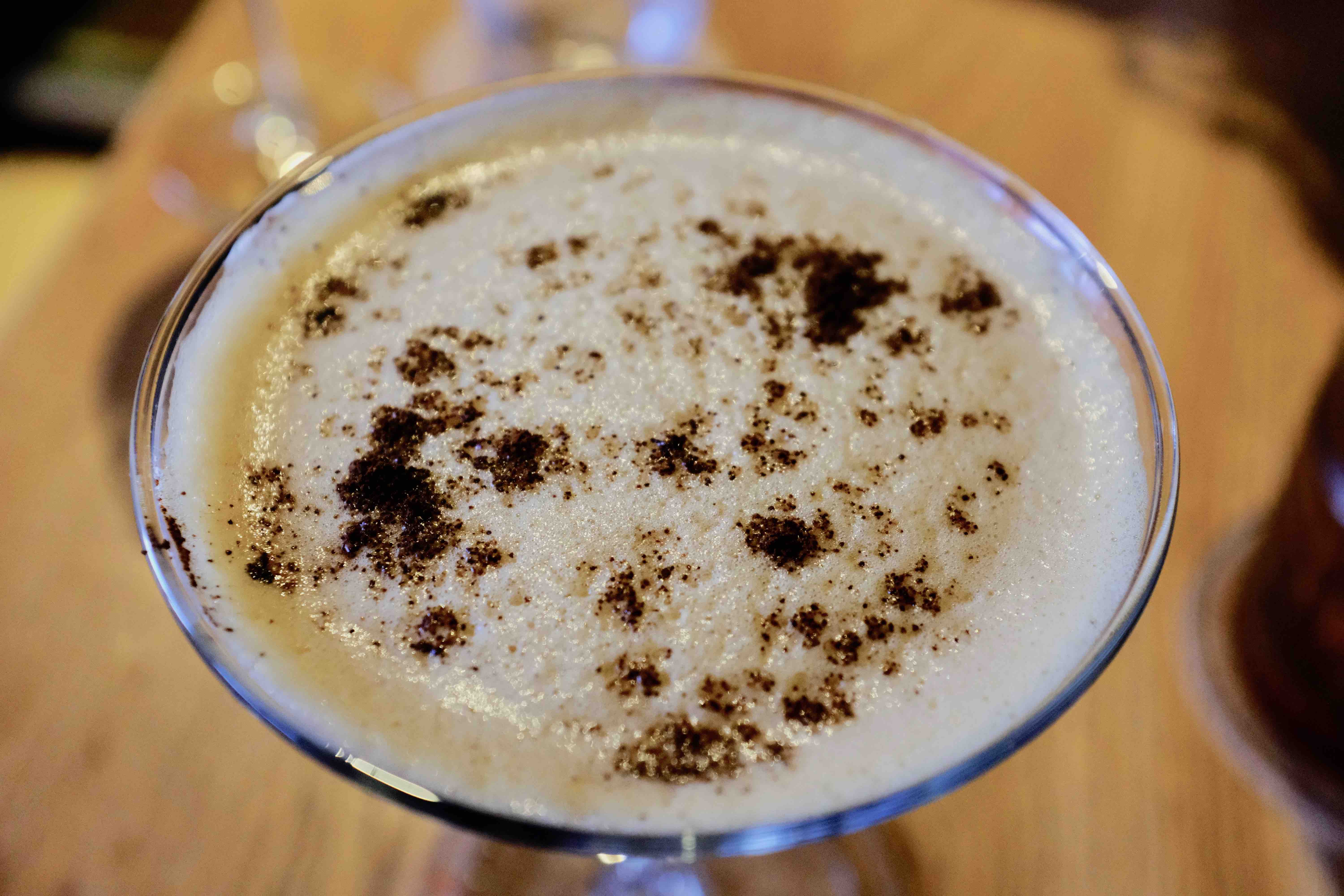 More whooping from upstairs, we paused and continued.  This was working out fine, no ‘awkward’ moments (if there were any they were disguised by the now natural pauses).  As if to add to the street credentials (it doesn’t really need it as it’s pretty cool already) a bright young thing with a small cute dog in her arms sat on a table near us and she had a coffee while the pouch had a large bowl of water provided by Goat.  Nice. 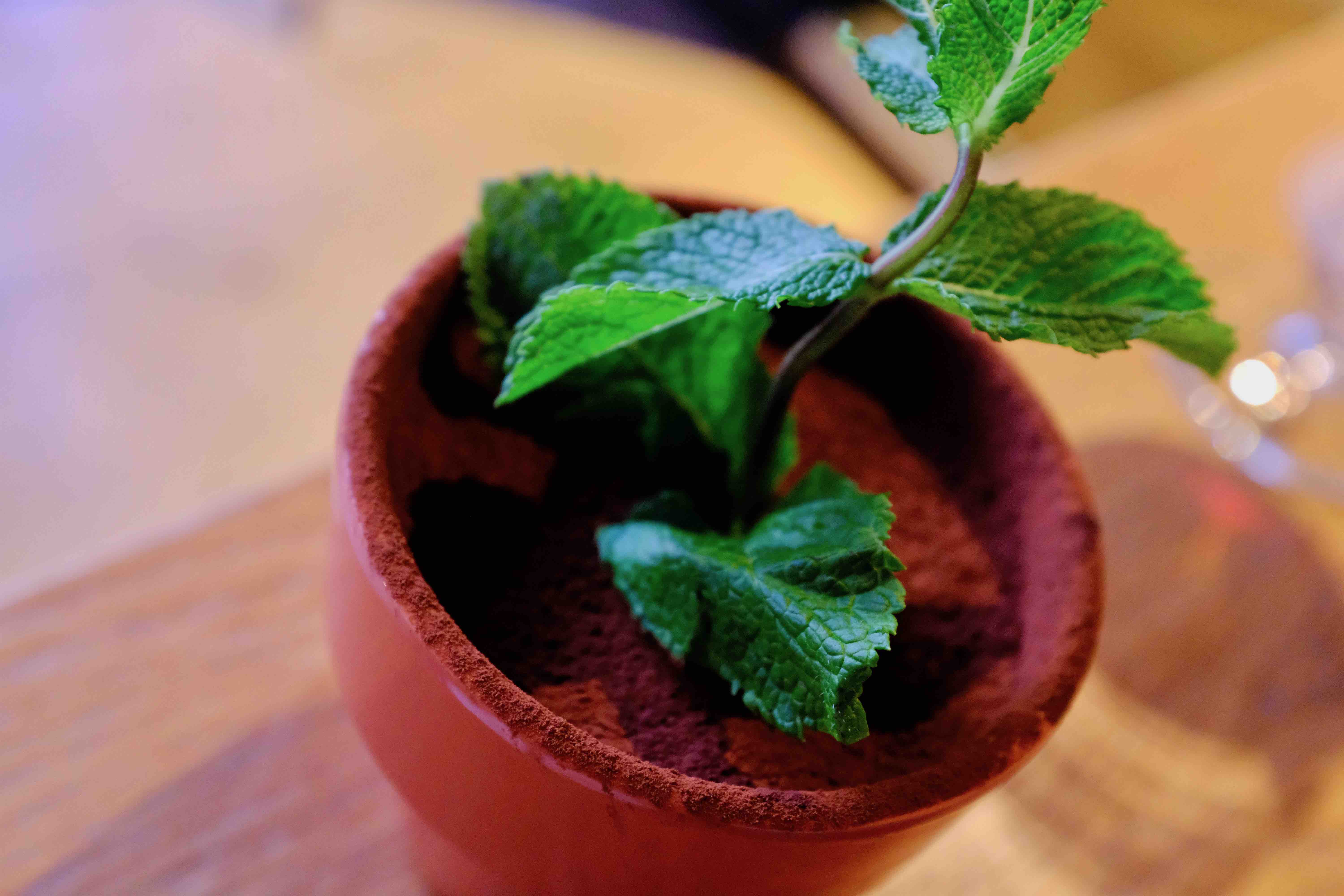 Puddings come with a warning, well at least there should be a warning.  They recommend a cocktail with each option.  Fatal.  Long time readers of this column will remember one of my ‘restaurant tests’ is if they put chocolate fondant on the menu it had better be good because a bad one is worse than none at all.  Well this beauty came with raspberry coulis and vanilla gelato on the plate and in the glass a Toronto-Canadian rye, fernet branca (an Italian digestif) and a dash of angostura bitters.  The later had a moreish medicinal quality to it, very good long finish and the fondant was textbook perfect, oozing gooey dark chocolate dreamy heaven.  L was on a roll with a perfect brace of coffee hits.  Homemade tiramisu (a minor argument about the pronunciation of the word was gratefully curtailed due the ‘metronome’ upstairs.  This was served with an espresso martini (the sleepless beauty, it said on the menu).  The later was perfect and looked fantastic and the tiramisu that came dressed as a flowerpot had a healthy dash of Madeira. 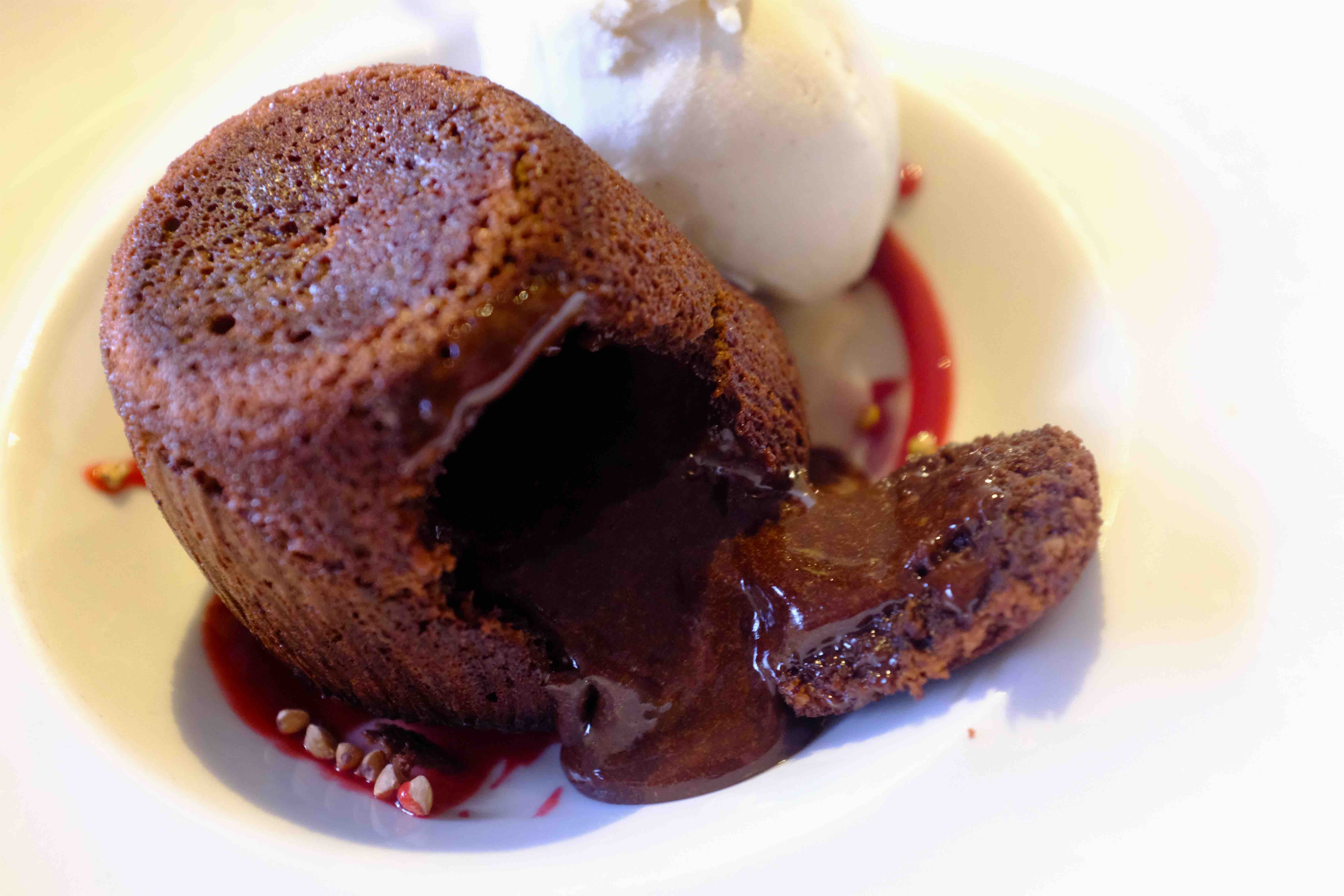 It’s really hard not to like Goat.  It’s such a fun buzzy place with lots of levels to explore, interesting artwork on the wall (yes there are some goats) and on certain nights they have their own speakeasy, The Chelsea Prayer Room where the god they worship is the cocktail.  The owner is a fan of antique bar equipment and some of his collection of shakers and stirrers are on display along with some serious mixology performed behind the bar.  Yes, I think Goat may no longer be the new kid on the block but is now more a part of the landscape of The Fulham Road.  Known for their meat, milk and increasingly their hair the goat is an ancient and noble animal.  I read there are over 300 distinct breeds of goat but this one’s rather special, go and say hello sometime.  And what about the winners of the match?  Maybe you’ll be saying ‘bon jour chèvre’ when you visit?