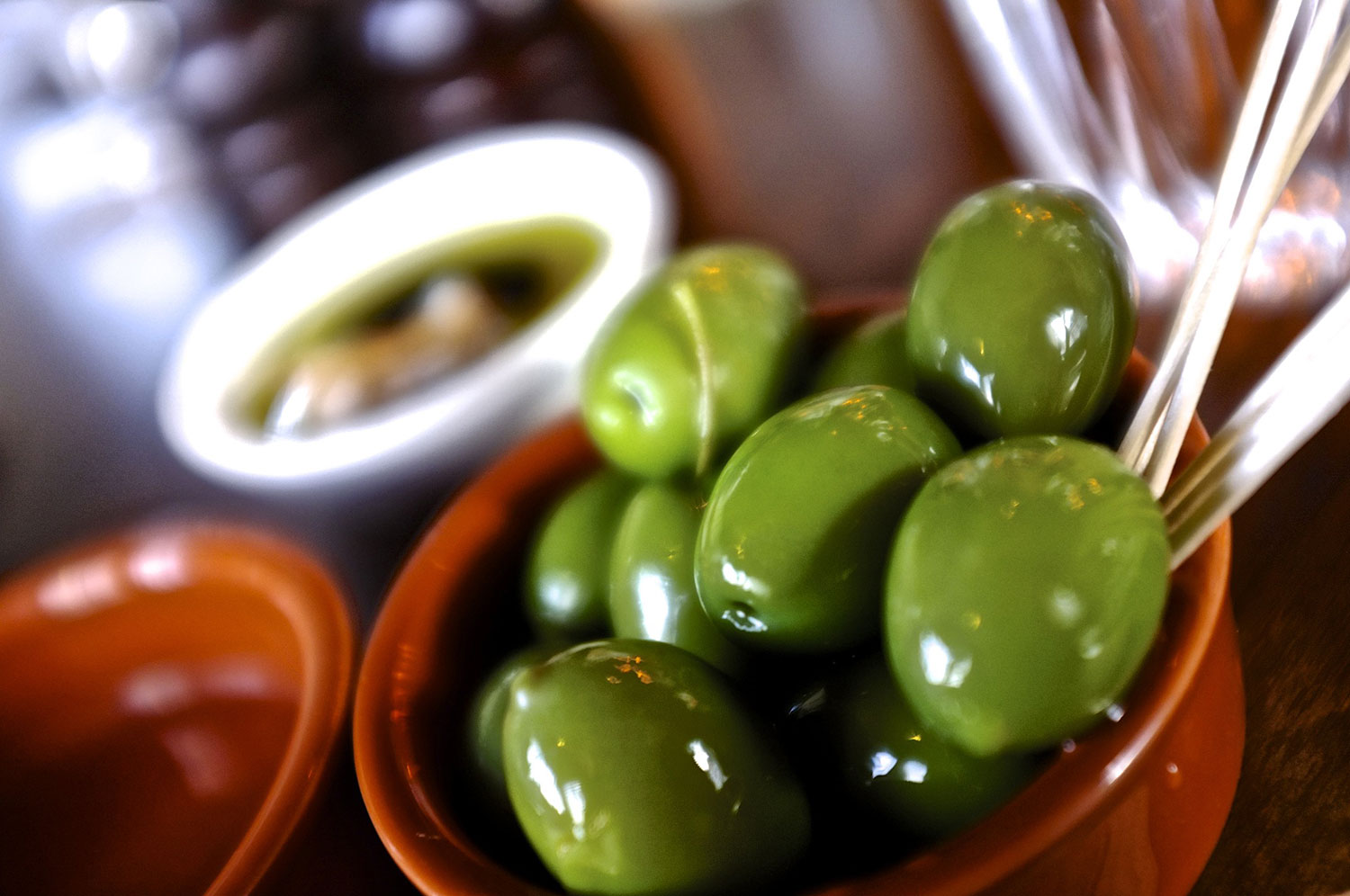 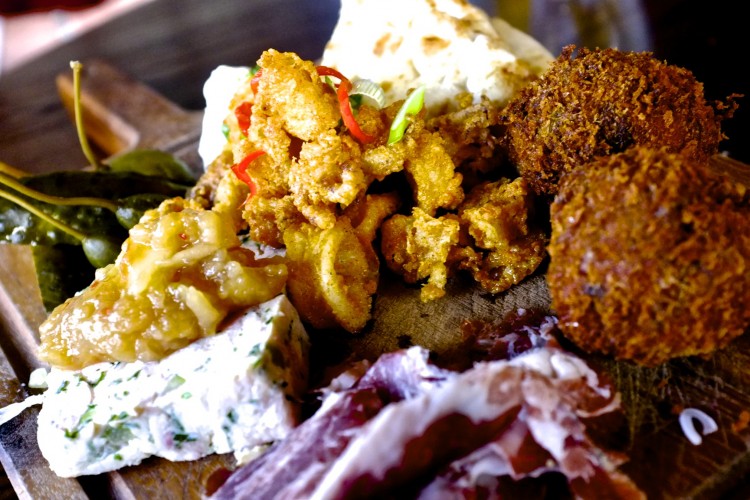 Harrison’s has just undergone a total refit.  I remember it before they spruced it up.  It has always been a cool place to hang out, great for parties and intimate evenings alike.  I also remember the food being full of hits here and decided to pay another visit.  The refit is splendid with fab red leather banquettes edging the main dining area and a snug area downstairs that can be used for private functions.  Think kids birthday parties or even when they reach ‘that’ age an eighteen year old couldn’t get up to too much trouble with Mum or Dad supervising. 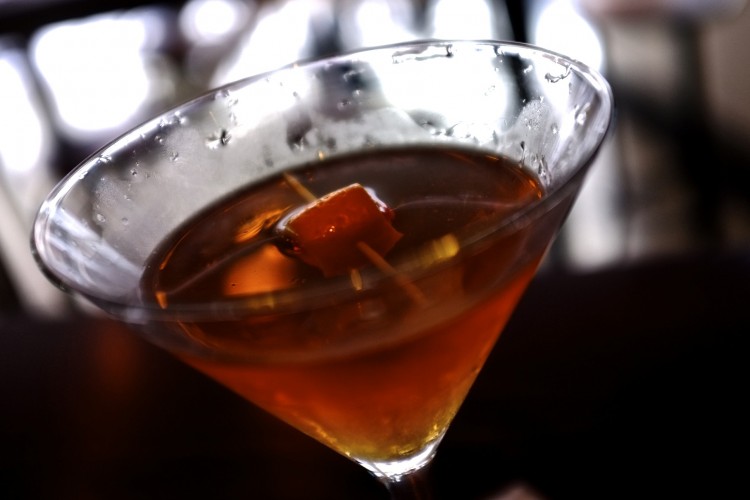 So on to the food.  The menu has changed as well.  We nibbled on some rather nice giant (and they really were giant) Puglia olives and rosemary focaccia to occupy our time before we ordered.   We chose what looked to be a superb idea: Harrison’s sharing board.  It was a good decision and good value at £15.50 for two people.  The smoked chicken and pistachio terrine was subtle and solid I particularly enjoyed the ham hock and black pudding fritters.  This had the appearance of Scotch eggs but when opened revealed warm pulled pork and black pudding.  Very tasty but really could have done with a dip.  As could have the calamari, a shame really as it was very good otherwise.  There are a few other bits that come on the board (they really should tell you on the menu, we had to ask). 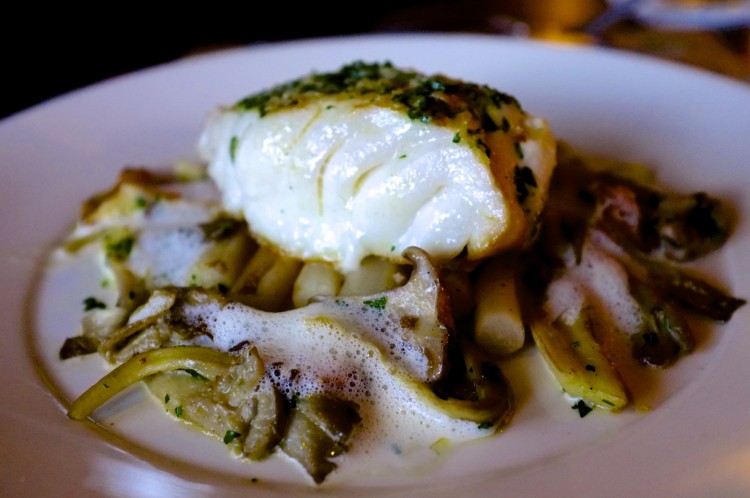 Rick Stein has always had an interest in Harrison’s I remember on the last visit they were serving dishes from his Spanish TV series this time it is India food from his search for the greatest curry.  There is a set menu for this and it offers very good value at £13.50 for two courses and £16.50 for three.  But we weren’t in a curry mood but I wish we had been as what we had was a series of near misses. 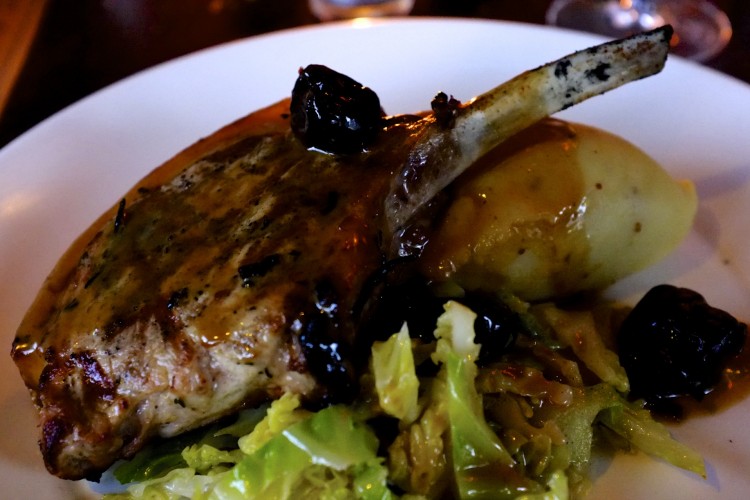 I chose a marinated pork chop on Savoy cabbage, mustard mash and prunes and Armagnac.  The best part of this was the sauce of prunes and Armagnac, which, there wasn’t enough of.  The pork chop, although enormous was dry and overdone.  Sides of creamed spinach helped, as did a little tomato and red onion salad.  But when you set your sights on something the extras can do little to help if you are disappointed.  M went for herb crusted cod fillet sitting on salsify with mushrooms and lemongrass.  Again not enough sauce/foam (lemongrass) and the salsify was tasteless.  The fish was OK but didn’t sing a hit, more of a murmur. 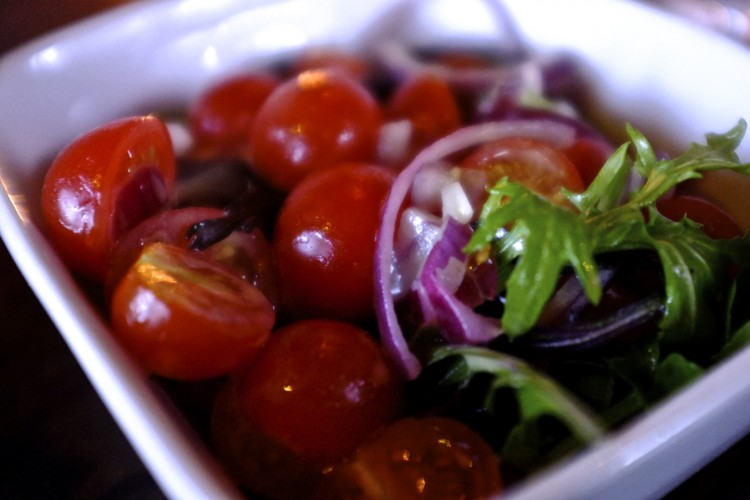 I can only assume this was what we critics call ‘a bad night’ in the kitchen as this place can sing and sing very well.  Puddings arrived, M’s Eton mess (one of her favourites) was left unfinished and I thought it was time to give them a chance at redemption.  I ordered chocolate fondant.  Now it might be that ordering chocolate fondant given the evenings hit and miss score was foolhardy.  I viewed it like this, if a restaurant has the confidence to put it on the menu then they must have some pride in it, after all we all know how hard it is to pull this off.  It arrived, looked good, I cut into it expecting the lava of chocolate and received nothing.  It was overcooked.  A cardinal sin, it never should have left the kitchen really.  So I duely left it on the table. 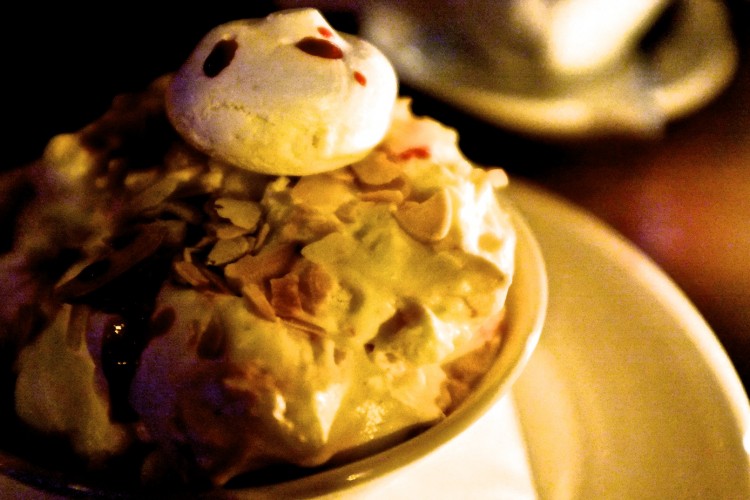 After a promising start and the memories of happier meals here we headed straight into the bottom of the charts.  The only top five hit was the sharing platter but this doesn’t make an album and that’s what going out for dinner is, an album of your own favourite ‘songs’ or even the chance to try something new.  But if the place you go to can’t ‘play’ them then you might as well go and ‘listen’ at home.