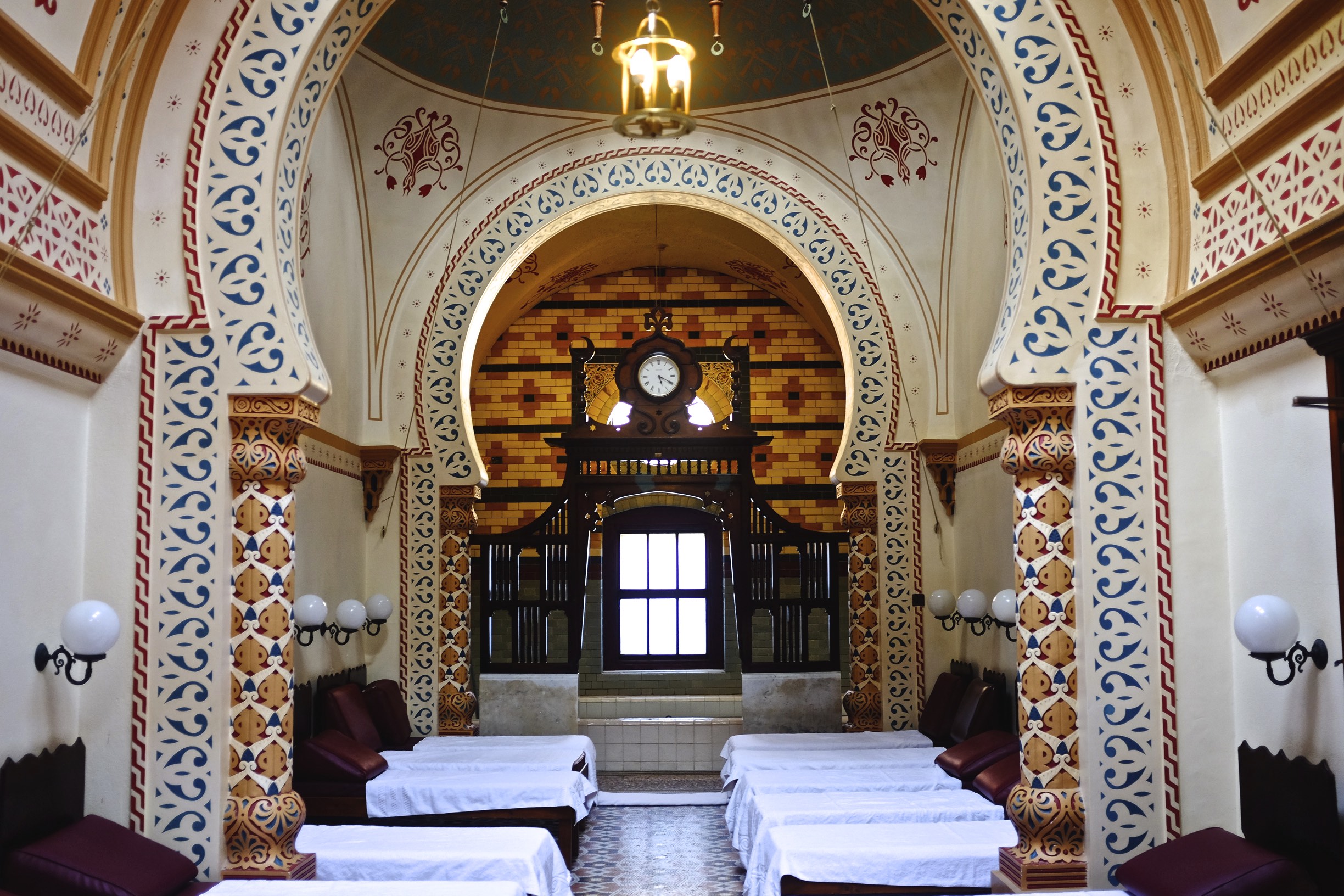 Consistently voted one of the happiest places to live in the UK the spa town Harrogate in North Yorkshire certainly doesn’t disappoint. It’s a gloriously Georgian city full of striking architecture and packed with independent shops and restaurants. It has also been voted one of the most romantic cities in the world above Vienna, Paris and Rome! 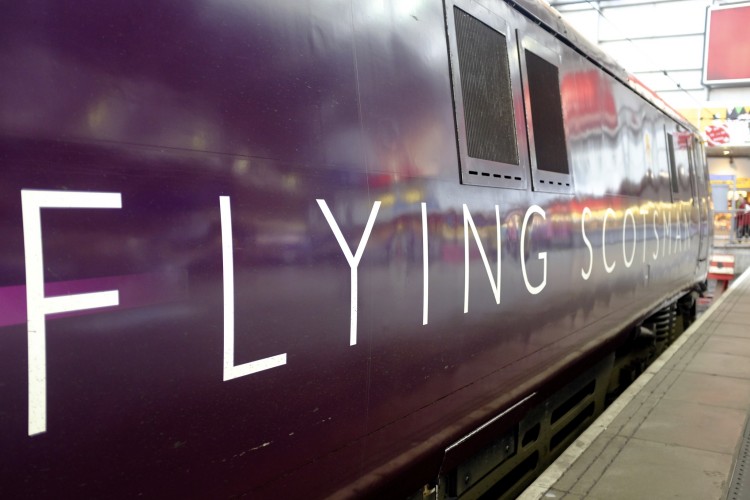 I travelled from London’s Kings Cross to Leeds on a Virgin East Coast train in a little over two hours and then half hour later I was in the centre of Harrogate. It was a short walk to my home for the next few days, the very comfortable Alexa House, an AA 4* B & B on the Ripon Road. This grand Victorian stone building with plenty of original features like the tiled hall floor can sleep up to 22, she also has a couple of family rooms. My room looked out to the front with plenty of greenery in view. Sandra Doherty has been running it for nine years. It’s comfortable, clean and a perfect place to start your time in Harrogate. 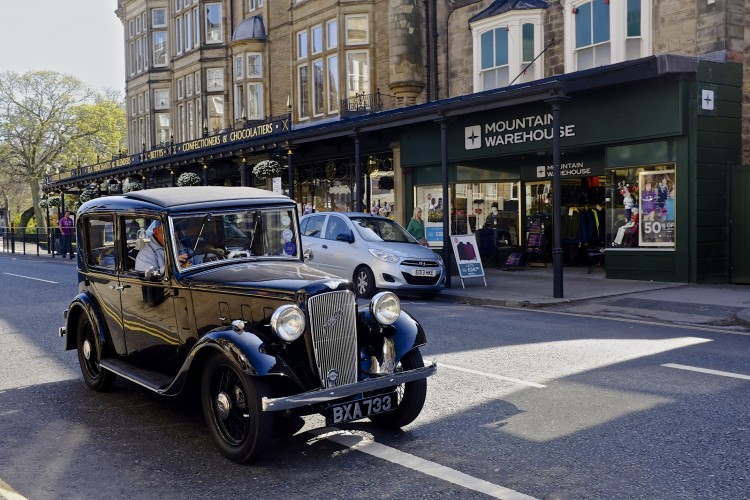 Although my journey had been stress free (aren’t trains wonderful for that) I had decided beforehand to try out something I heard good things about, a visit to the Turkish Baths and Health Spa in the centre of town was booked. The baths are Victorian and are one of only seven left in the country. These are the most historically complete and a total treat to experience. The Moorish design, arabesque arches and elaborate, marble flooring, all add to the feel of opulent luxury. There were several chambers increasing in temperature and a strikingly cold plunge pool to use in between each step up in heat. There were plenty of towels and drinking water. 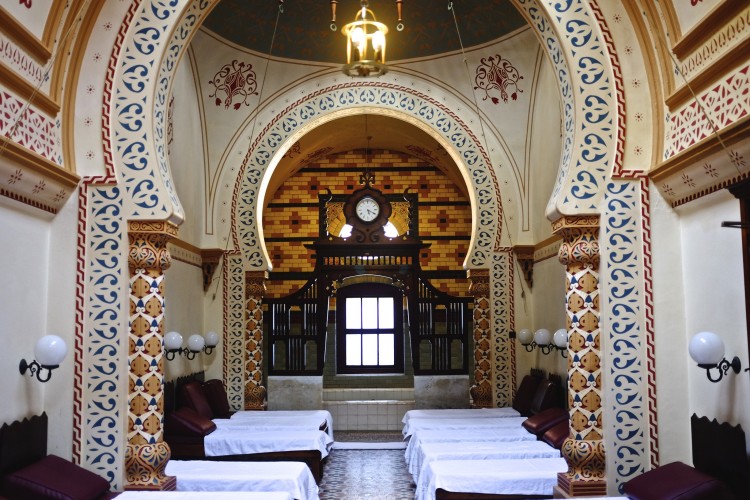 The whole experience, which lasted a couple of hours, was truly relaxing and rejuvenating. I lay down in the tranquil surroundings reading a magazine and looking at the painted ceiling and colourful glazed tiles. The changing rooms are a delight as well, panelled wood with velvet curtains for privacy. This was a gem of a place that is really worth a visit. 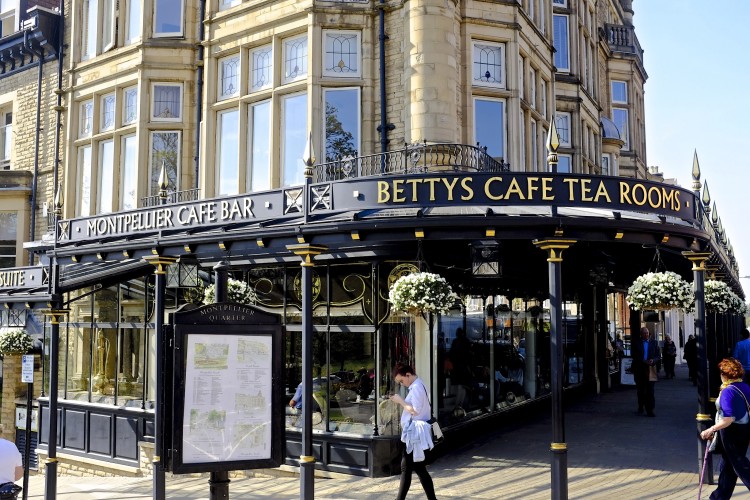 The chic Montpellier quarter lured me in. This is where I found Betty’s Tea Rooms, a Yorkshire institution famed for it’s friendly service and waist widening cakes. Harrogate really is the Bath of the north with plenty of open spaces and imposing stone buildings. I was blessed with perfect sunshine that seemed to make everybody smile. 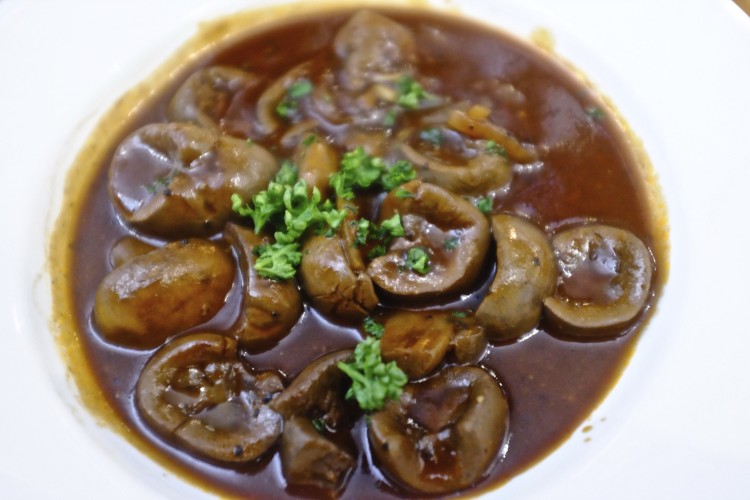 There are many eateries in Harrogate to suit all tastes so for my first meal I received a warm welcome at Damn Yankee. A local independent burger bar that has grown over the 44 years it’s been open, they serve fine steaks and tasty cocktails too. I enjoyed a great meal in one of those old school booths that American diners do so well. 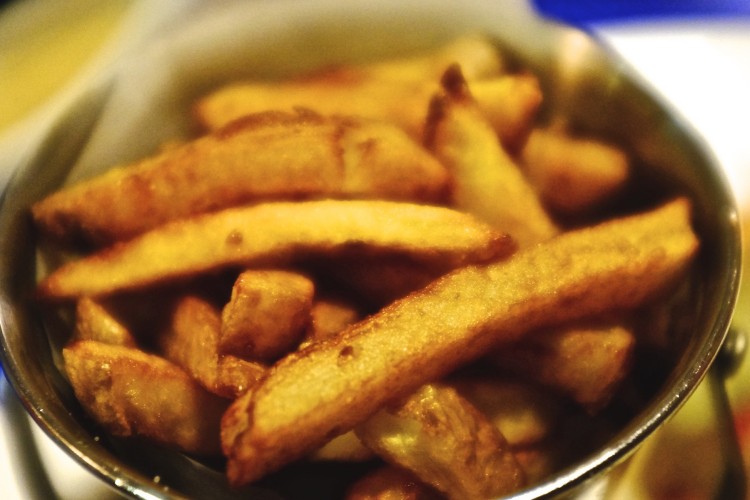 After a good full English breakfast washed down with plenty of Taylors of Harrogate tea I set off to explore the town further. The independent shops are lovely. The Cheeseboard is a shop not surprisingly selling cheese and all things you’ll need for cheese. It’s been around for 30 years, offering a fantastic range of both local and international cheeses. An old fashioned sweetshop caught my eye full of jars of childhood dreams. They were selling a ginger cordial from a large glass barrel, it tasted so refreshing and took me back to short trousers. 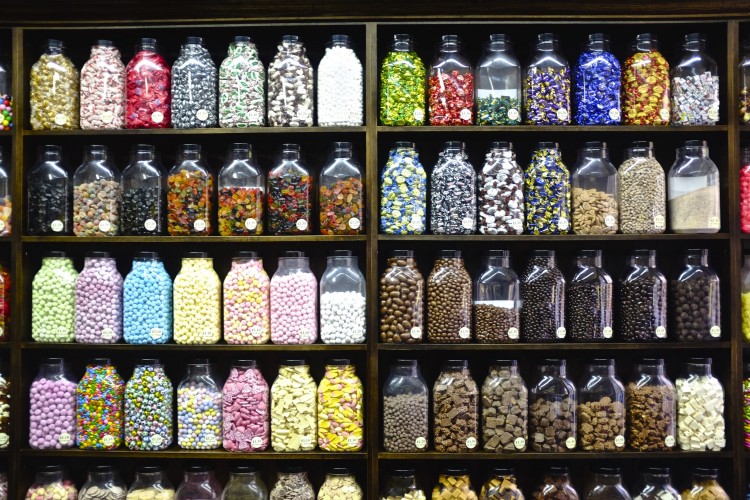 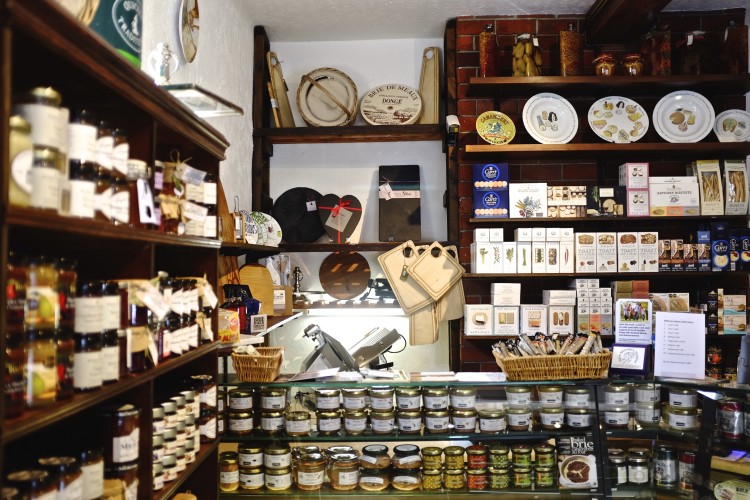 The Pump Room Museum is a window into the past where a changing exhibition allows the old to mix with the more recent. It’s here that I saw the original water wells that made the town so famous. Then on to the magnificent splendor of Valley Gardens, 17 acres of grade II listed lawns, flowers beds, colonnades and a sun pavilion. I defy any family not to find something to do here, as well as the gardens there is a skate park, paddling pool and a bandstand and cafe offering respite from everyday life.

William and Victoria is another Harrogate institution of 40 years. Downstairs it’s a wine bar and upstairs fine dining. I had an excellent lunch of devilled lambs’ kidneys followed by a beautiful plate of smoked haddock with a mustard sauce. I couldn’t resist just a slither from the cheese board. I chose Harrogate Blue of course, beautifully smooth and virtually no food miles! 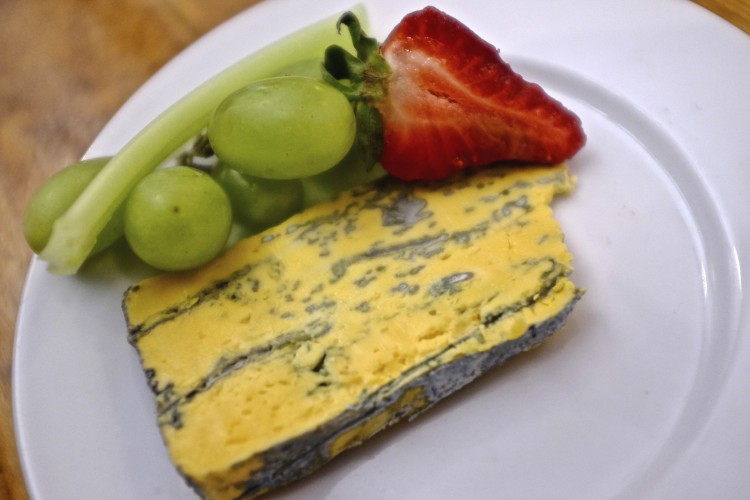 Not far from Harrogate I found Fountains Abbey and Studley Park. The abbey was started in 1132 by 13 monks seeking a quieter way of life the building they created was impressive. Over 400 years later Henry VIII closed the monasteries across the land. What is left is the most complete Cistercian abbey remains in the country. The gardens are enormous at over 800 acres. I had come to see part of their latest exhibition: Folly. In the grounds these buildings now housed art works and installations. The most striking of which is opera set designer Gary McCann’s giant crow called Scavenger sitting inside the banqueting room. They are on display until November, definitely worth a visit. 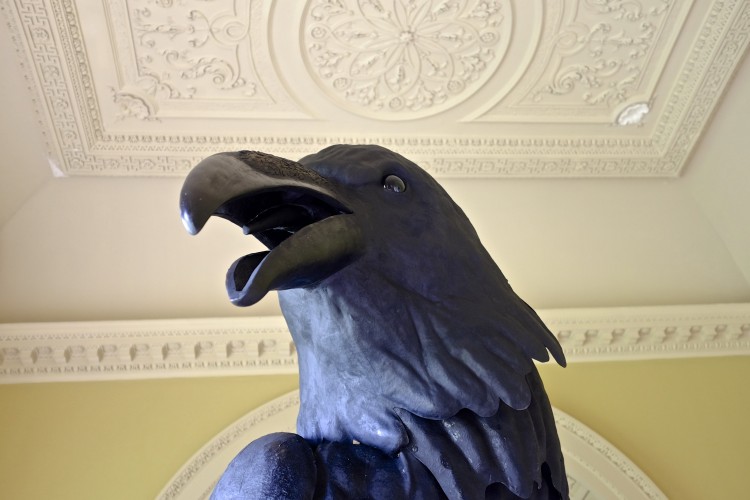 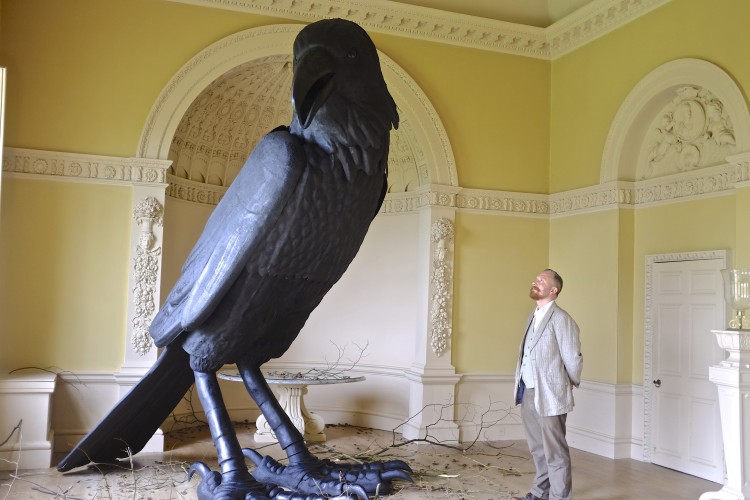 All the walking had given me an appetite so for my final meal in the town I chose Hak Ng’s Royal Baths Chinese restaurant. This has been a labour of love for Hak, the whole process took over six years to complete, as the building is grade one listed. So after planning issues, several builders and architects it now sits resplendent in the centre of town.   The interior is grand and vast and the food extremely good. One dish called dancing noodles caught my eye Hak told me that Heston Blumenthal had ordered it when he visited and couldn’t work out how the kitchen achieved the ‘dancing’ noodles (I won’t spoil it for you but they really do dance). They looked mystifying and tasted great. I will cover the food eaten on my trip in detail in another article. 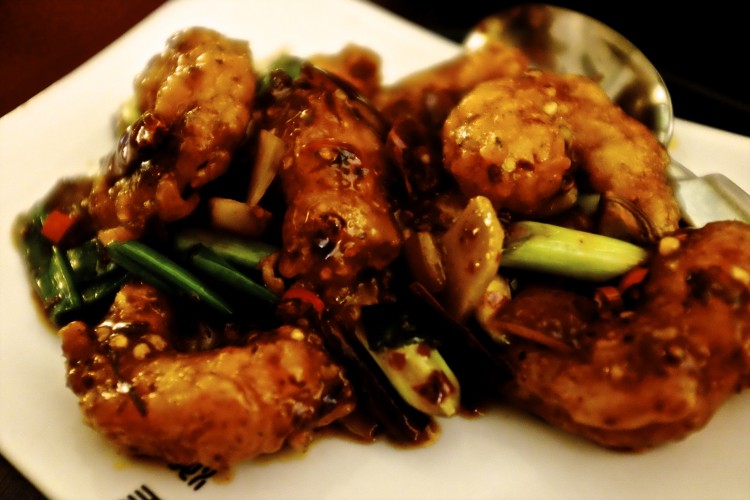 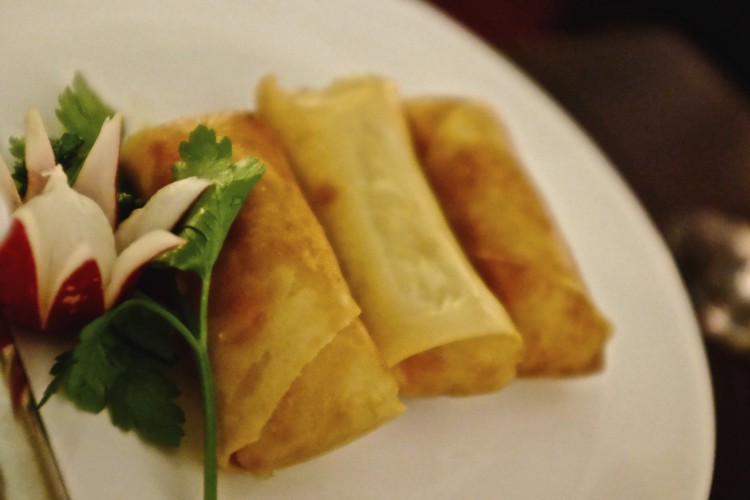 Harrogate has not been immune to scandal. Back in 1926 the country’s biggest manhunt was launched to find whodunit author Agatha Christie who ‘disappeared’ for 11 days. Her car was found abandoned and abduction theories were rife. It turns out she had checked into The Swan Hotel in Harrogate under the name of her then husband’s mistress. She was eventually recognised, enjoying dancing and drinking with the residents. She clearly understood the restorative powers that Harrogate could provide. 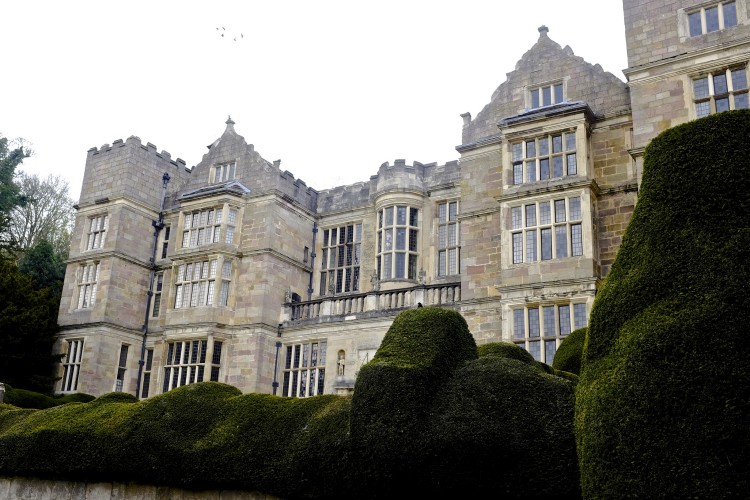 So my brief stay in Harrogate had come to an end and I was sorry to leave. It is a city that clearly contains a wealth of civic pride and is respected by its inhabitants. And who wouldn’t like it? The splendor of Montpellier, the beauty if the Valley Gardens and Fountains Abbey and the rich seam of independent shops and restaurants make this a brilliant place to visit. No wonder they’re all so happy here. 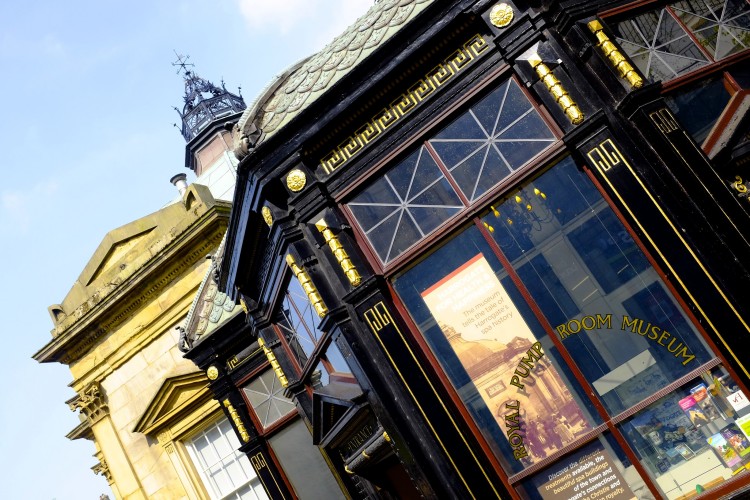 Here are some useful websites: 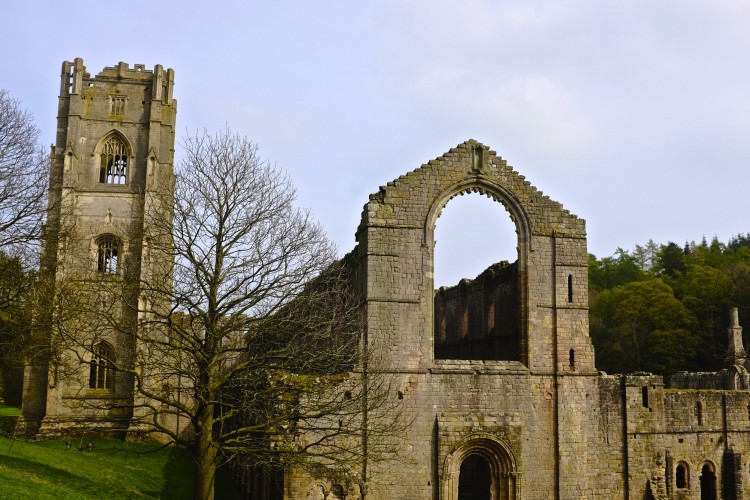 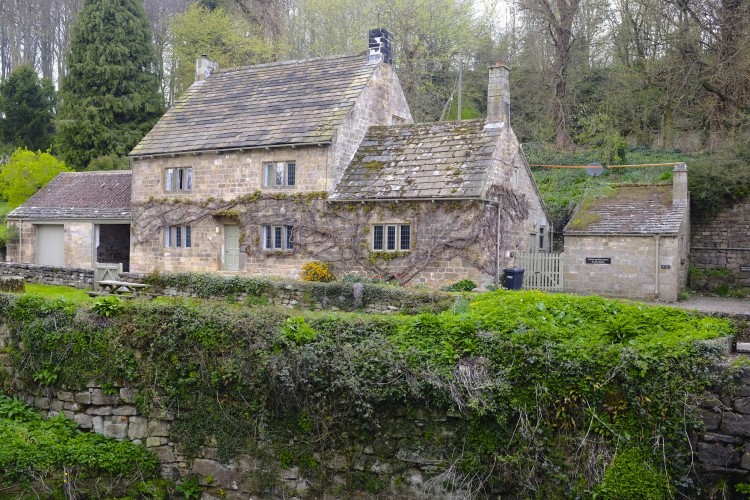