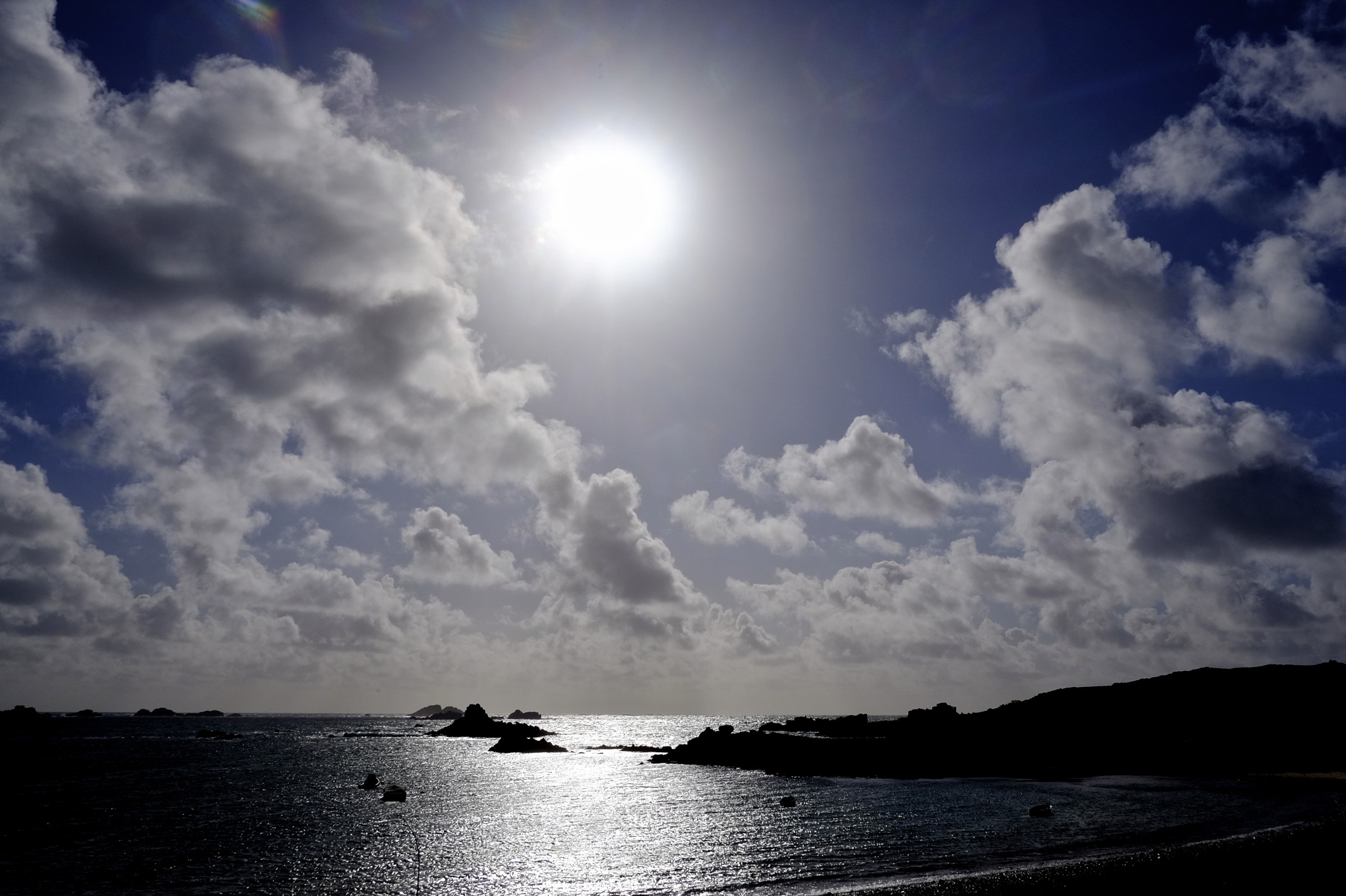 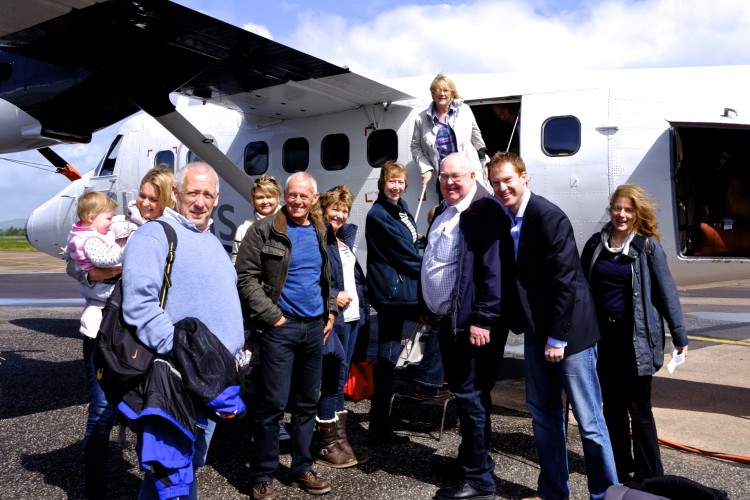 Bryer is one of only five islands that are inhabited of the 150 that form The Isles of Scilly, Britain’s last outpost before America. An archipelago just 28 miles from Land’s End seems a million miles away from the mainland. The people are very friendly and there are hardly any cars (there aren’t many roads either or humans for that matter!). It is peaceful and calm and the 24 rooms that make up Hell Bay Hotel all have a balcony or patio with a view of the Atlantic.

Getting to Hell’s Bay is quite a long journey from London but this is all part of the fun. M and myself set out a day early to break the journey and took a train to Exeter. We stayed in a hotel that was as described ‘opposite the train station’ and for once it really was a 30 second walk.   First thing in the morning we were in a taxi heading off to Exeter airport. Exeter International Airport is tiny it looks like a small school. 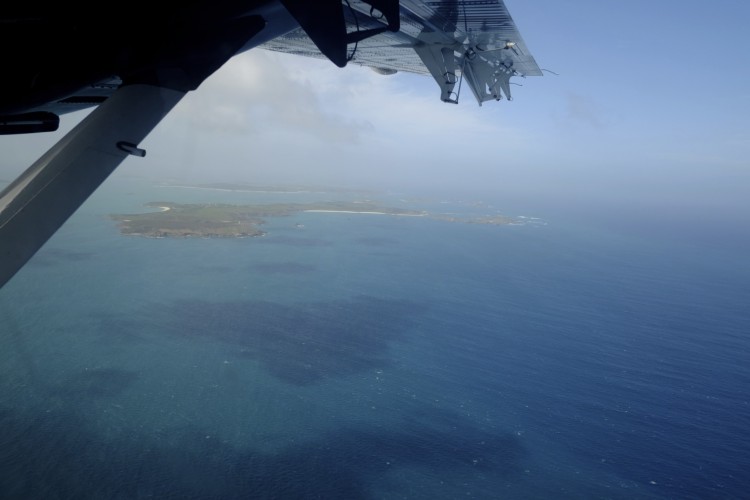 We had a fairly strict security search and an officious baggage allowance was imposed, what would normally be allowed as hand luggage was shrunk to about the size of a loaf of bread. But after a significant amount of ‘displacement’ we were through. It is baffling that you can stuff your pockets with the contents of a bag that is deemed too large and still get onboard. 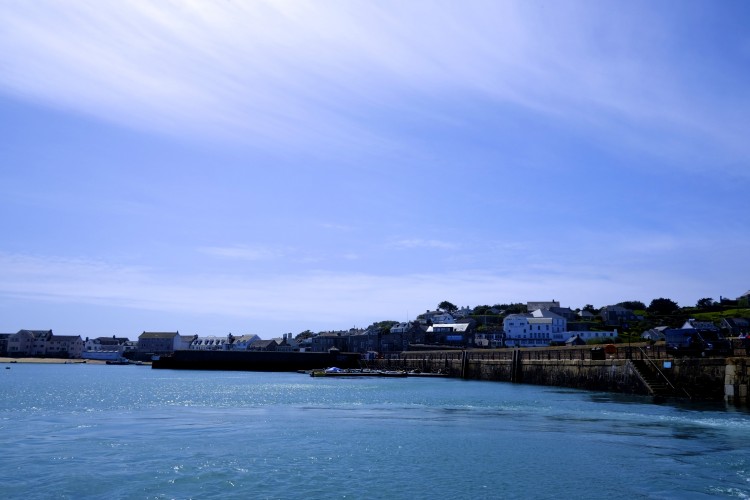 The rest of our party of twelve all had the same problem and emerged from security process looking violated. We swapped stories that all had the same vein … “I’ve never seen anything like it” … “It’s not as if we are going into The White House” etc. These frustrations were soon forgotten, as the reason for this odyssey was the very significant birthday of a much-loved family member, D. 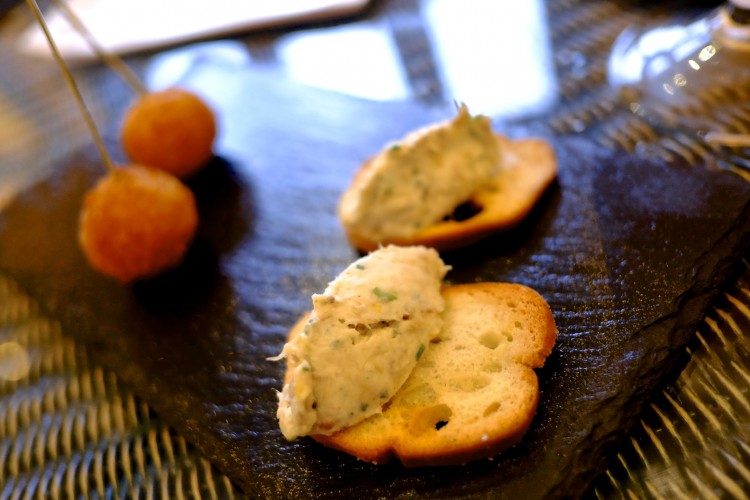 Another reason to forget this experience was the size of the plane we climbed into. It was a Flybe Otter twin engine (propeller of course) that bumped and rattled its way through unexpectedly turbulent skies to St. Mary’s airport. I could feel all the passengers saying a quiet prayer as we came into land in a rather cavalier way, a bit like a kite governed by a child loosing interest in holding the string. But we landed safely and those of us with a non-religious disposition immediately recanted all prayers. 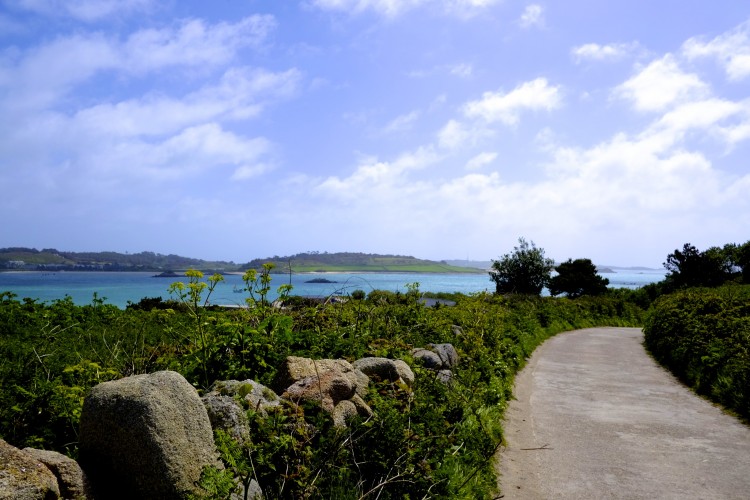 From the plane we headed off in a people mover to the next form of transport, a ferry over to the island of Bryher. M is sadly an appalling sailor so she was delighted to step onto land some twenty minutes later albeit a bit greener but calmer a she knew there was no more sailing for a while. A short hop to Hell Bay Hotel and instantly all was forgotten. This tranquil spot in the middle of The Atlantic is a very well kept secret. The laidback beach style is deceiving as there is polished service underneath the nautical coolness. 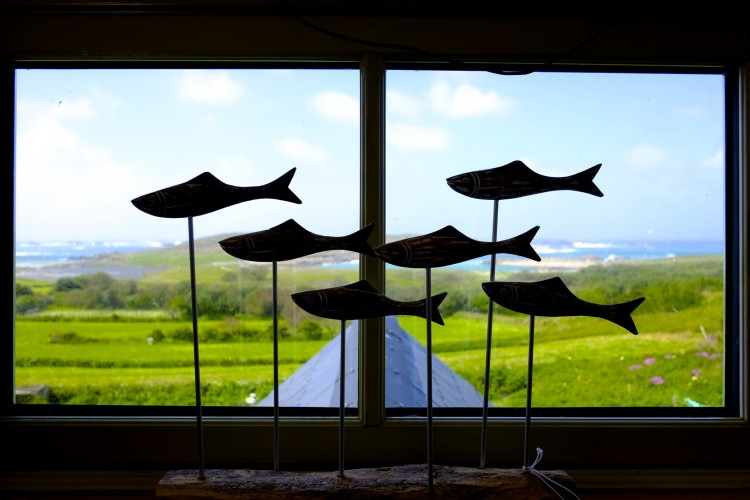 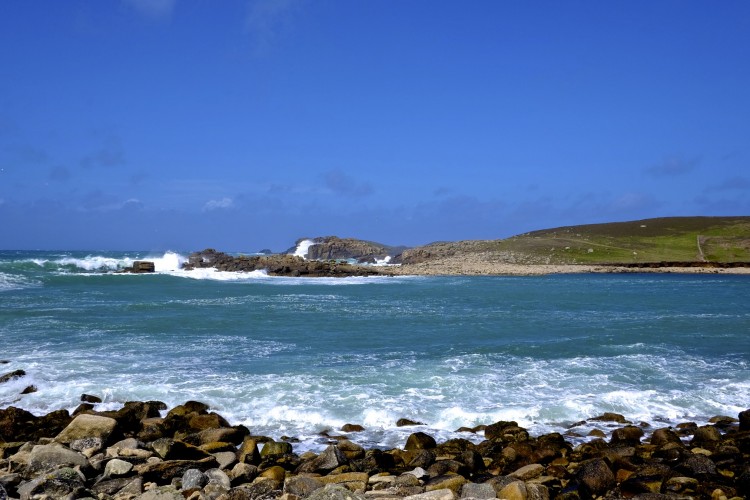 Our room had the most impressive sea view I have ever seen. Waves crashing against giant rocks became somehow hypnotic, each different but in some way the same. I could watch that sea for hours and not tire of it. The room was large with a lovely bathroom and a little kitchenette. This is a must for M who likes to make lemon tea in the room and little sink is just the ticket to wash the knife, there was also a fridge. The style here is unashamedly beach. Soft creams are calming in a kind of anaesthetic way, it’s hopeless to resist. We were on the ground floor and had a large patio area with comfortable liner chairs to sit and read in. 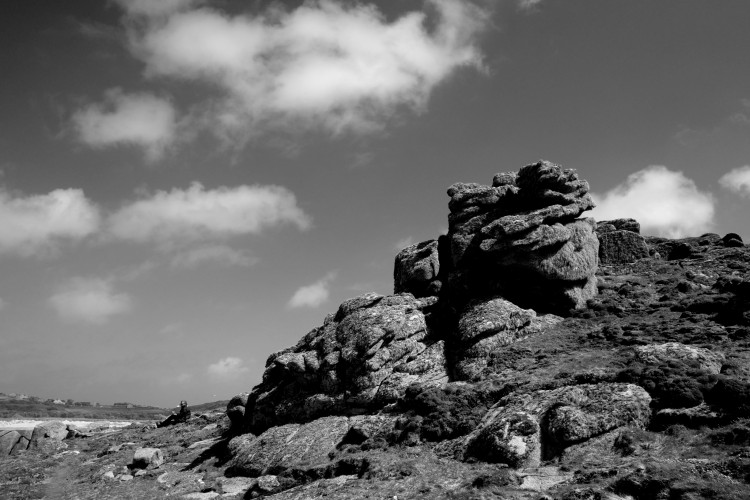 On our way to the hotel our driver told us of island life. Obviously remoteness is a constant, although there are thousands of visitors every year only 98 people live on Bryher Island. He talked of people leaving their car keys in their cars all the time, as it was easier, nobody locked front doors – a Britain of 50 years ago. But not everything is old-fashioned Internet, TV and Radio is the mainstay of modern life on the islands. 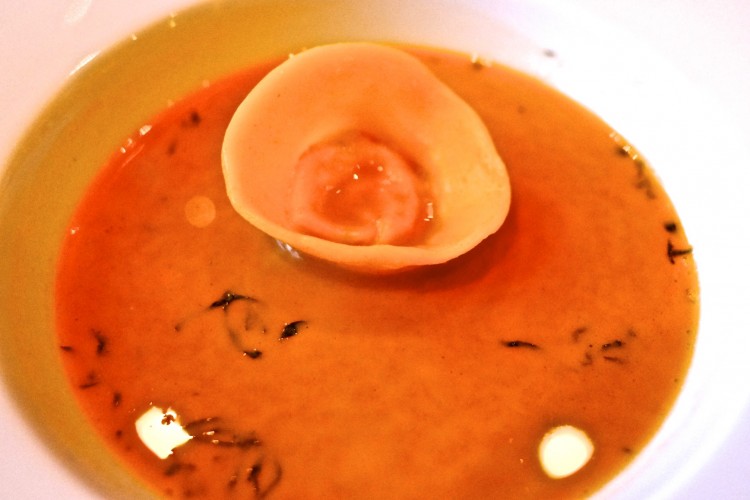 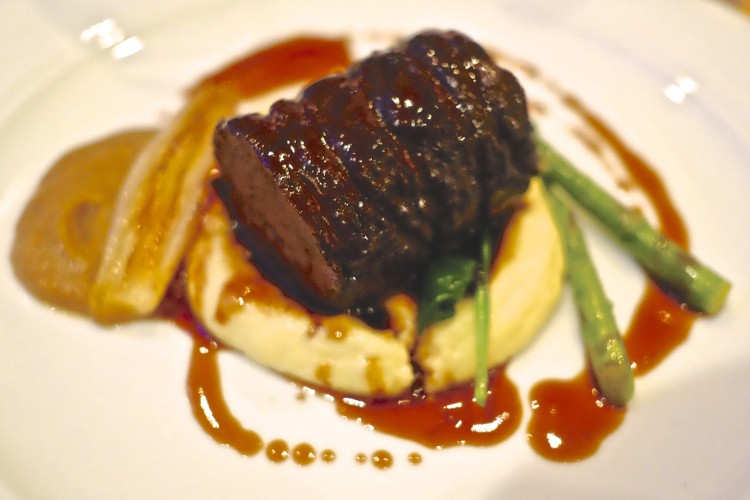 We were there for five days so I will just give you a flavour of the type of food on offer. We had our own dining enclave in part of the restaurant, which was really private without being shut off. The room had a brilliant view over the rocks and ocean with sunset coinciding with us settling down each night. The routine of the day soon set itself we all did our own thing in the day, island hopping, walking around Bryher or just taking it easy reading and snoozing. But what we all did was turn up for dinner together (often with a little drink of two in the bar beforehand). This was really the only ‘clock’ of the day. Such freedom of time can play tricks with one though. I was constantly thinking it must be time for dinner and looking at my watch seeing it was only 5pm. The days just stood still while we were there.

So on one evening the menu (which had a choice of three dishes for each course and changed every night) looked a little like this. Quail, Scotch egg quail, with char grilled asparagus to start a haunch of venison (which was truly epic and full of flavour) with a turnip gratin, port braised salsify and a red wine sauce for a main. On this occasion (who am I kidding on every occasion I chose cheese) the cheese course was too tempting with the rarely seen Smugglers, Ragstone, Helford Blue and a Cornish Blue. All were exemplary in taste and condition. So as you can see the food was of the highest order and I don’t think anybody disliked anything they ordered. 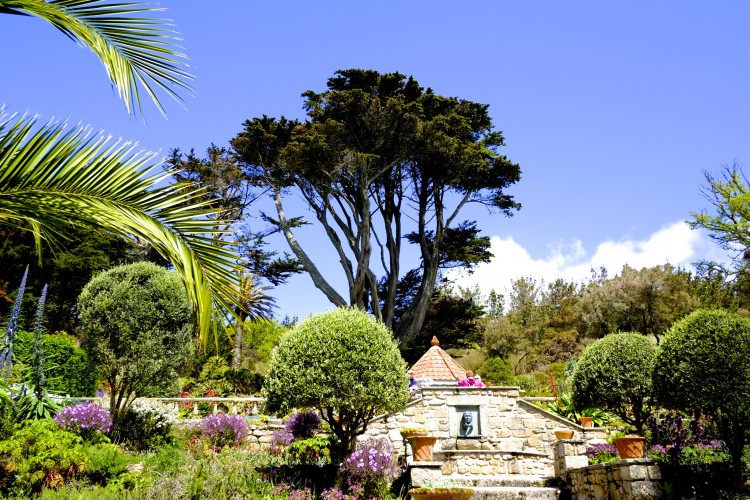 The sea governs everything in Scillies. If it’s rough you can’t travel to another island and when you can sail it’s then at the whim of the tides. So every day the latest ‘sea news’ is posted in reception. We went to Tresco by boat to see the famous Abbey Gardens. About one mile from the port it’s a gentle walk or you can hire a golf buggy which is what we did as M has a need to use a walking stick and it made it a whole lot easier. The island is delightful with little cottages and the odd church peppering an otherwise natural landscape with the sea never far away. 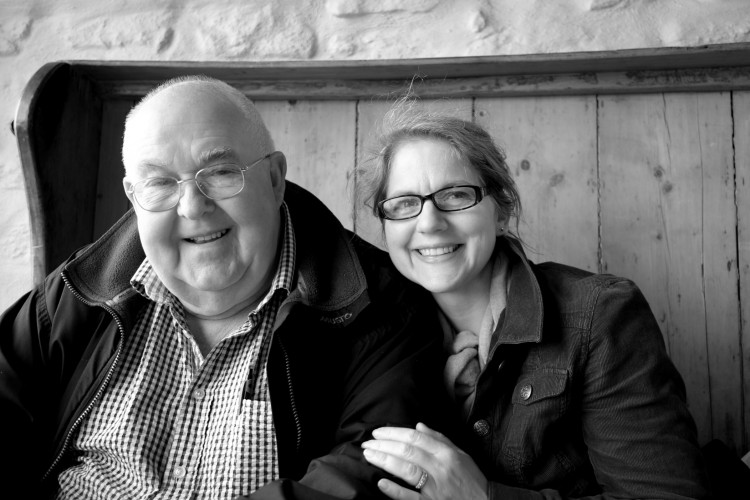 In the north there are a couple of ruined castles that we didn’t have time to get to because after our visit to the 17 acres of ‘boho chic’ gardens with rambling paths and different vistas around every corner we were in need of refreshment. We had been told of Ruin Beach Cafe on the north east coast. Buggying up the slight hills was not a problem and certainly quicker than walking we popped in for lunch. The name ‘cafe’ isn’t really correct this is a well run very good restaurant that has that beach meets pub vibe you get in Cornwall, often emulated but rarely bettered anywhere. 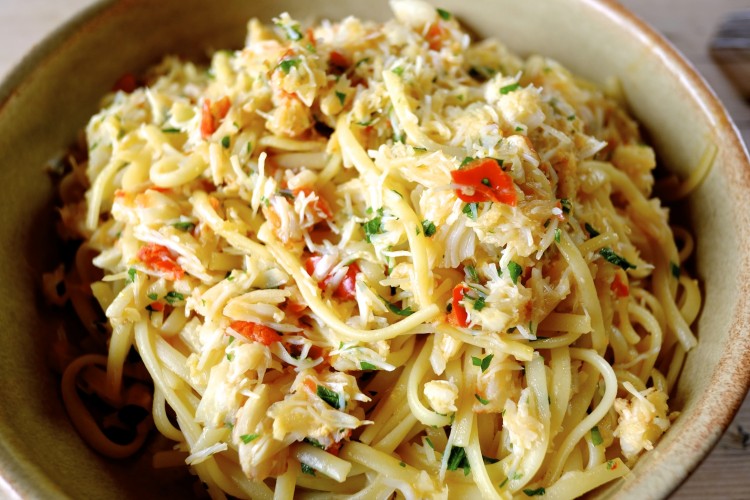 M chose carrot and coriander soup, which was good but D (our host) and I chose what has to be a landmark in crab linguini. It had a significantly larger amount of crab than most restaurants offer (take note London!) a good kick of chilli and tasted rather brilliant. We both ate it all and told others who then ordered it that day and some even made a special trip the next day to sample its lure. Nobody was disappointed. 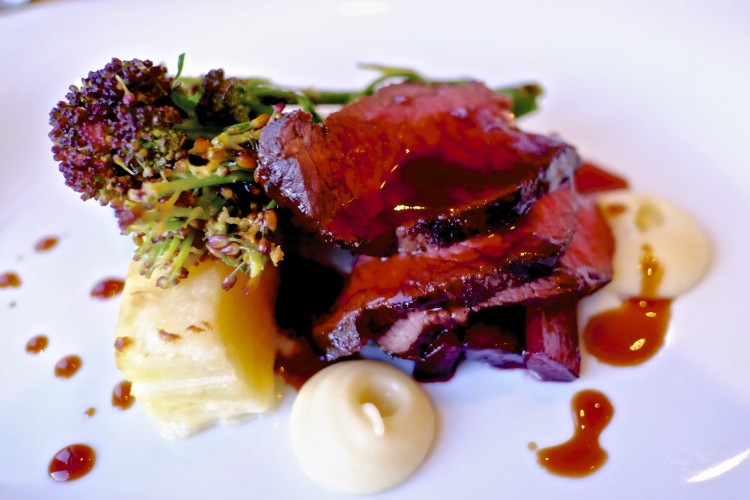 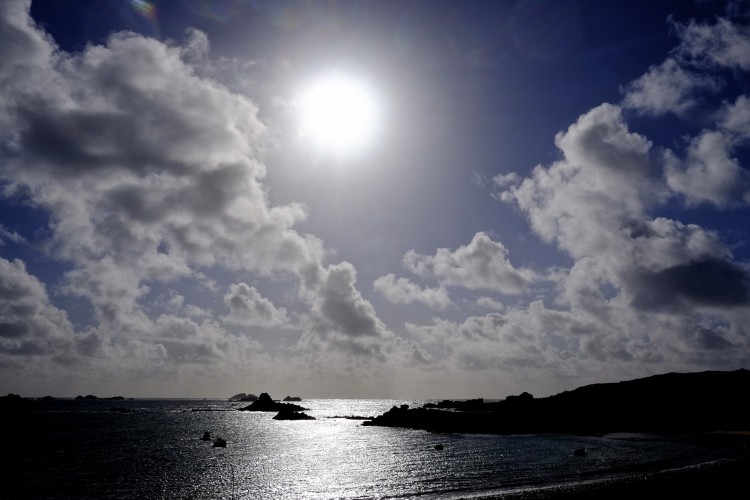 Our time on the islands was nearing an end. After a few long walks on cliff tops with wind speeds that literally knocked M off her feet the description ‘bracing’ seems far too mild. We called into a few artist’s studios and galleries, as with the Cornwall art scene there is a lot of talent on display with a decidedly nautical bent. 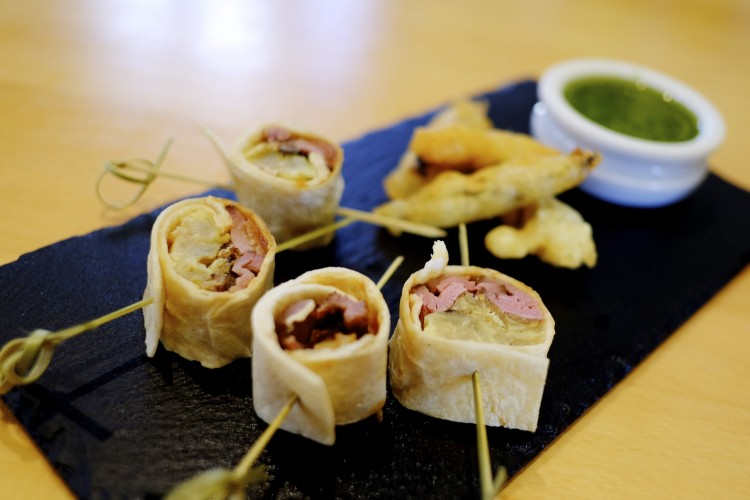 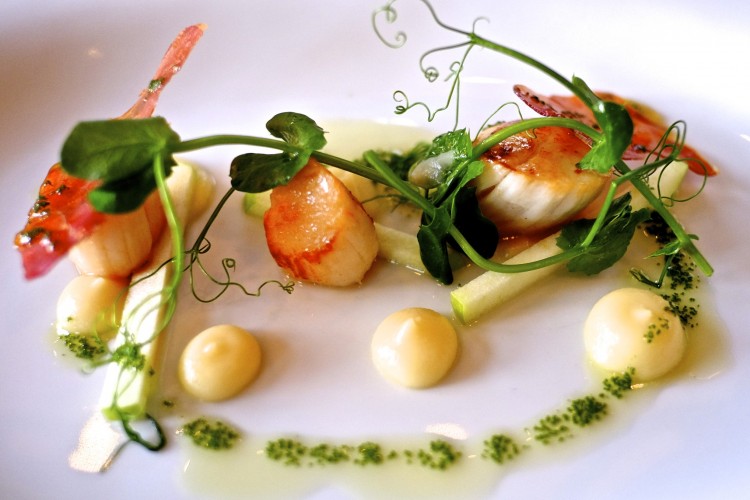 The return journey to the main island was on a hydro speedboat that proved a smooth and fast ride that M was grateful for. We gathered at the airport bracing ourselves for a security nightmare. They didn’t even ask for our tickets, we wandered in a casual look at my shoulder bag and a “yeah, that should be alright” and I was in. 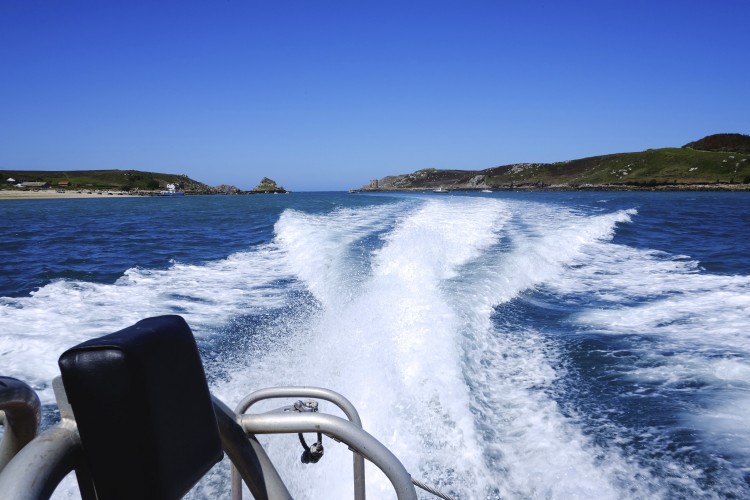 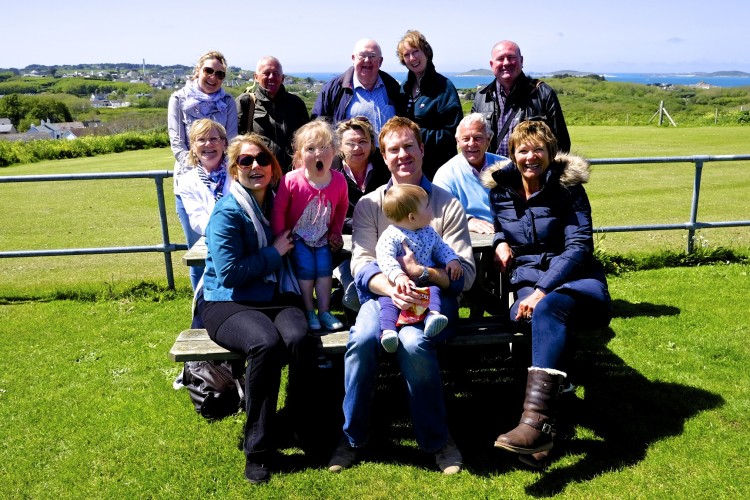 Nobody else had any problems either. The flight to Exeter was a smooth and sky blue journey. What a perfect end to a brilliant stay on the island of Bryher. Prayers were far from our minds when we touched down and the first flight was far away in a lost pocket of memory unlike Bryher, I think I can speak for us all in saying that is firmly lodged in the ‘I loved that place’ part of all our memories. 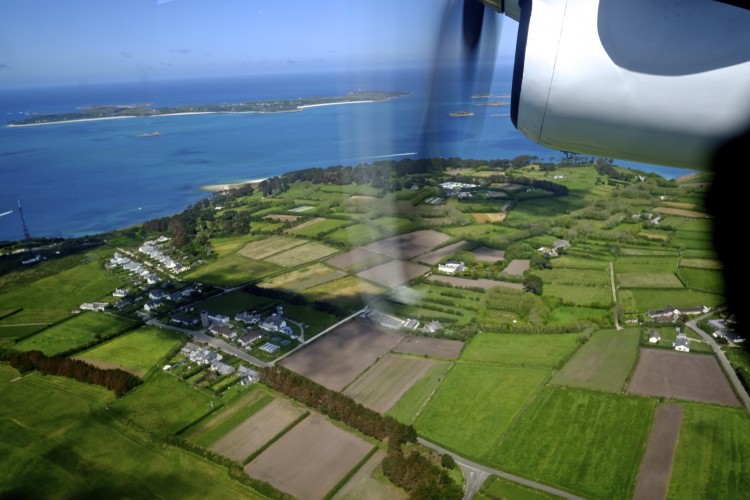 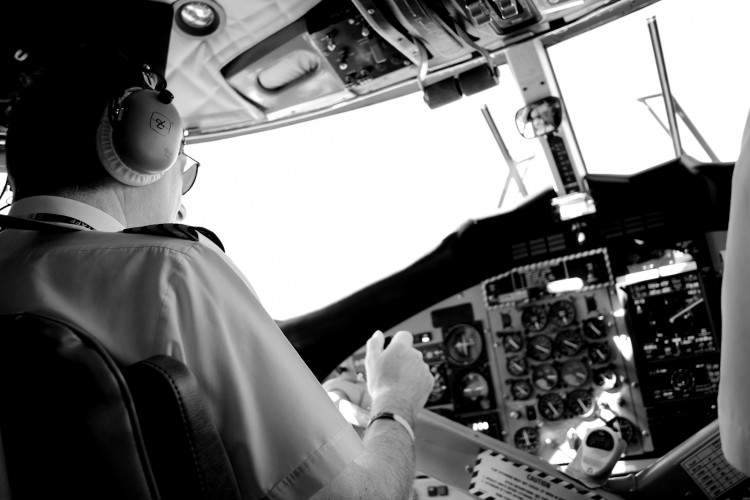