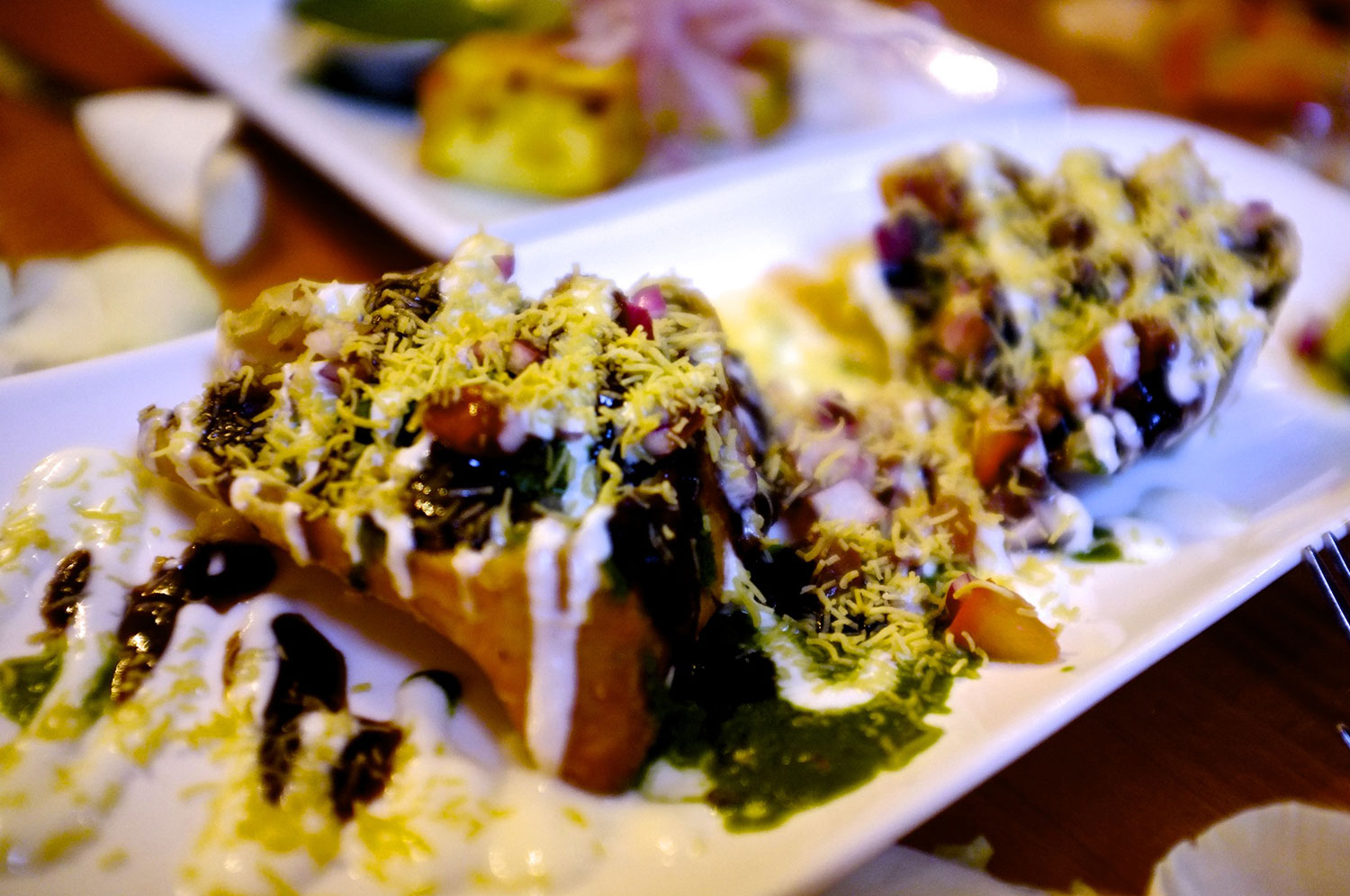 Only on the train from London to Brighton do you begin to realise that it would be really good to live in Brighton. The commuter towns slip past the window after the grime and slime of London’s dirty streets, yes it’s to the seaside that I’m bound.

The Prince Regent made this part of the world popular and it has remained so appearing in numerous novels and films. From Graham Greene’s anti-hero Pinkie to Quadrophenia’s Jimmy Cooper they have all had their fair share of adventure and angst. Making me curious as a young man I had travelled there to relive those influential moments, it was now a pleasure to return. 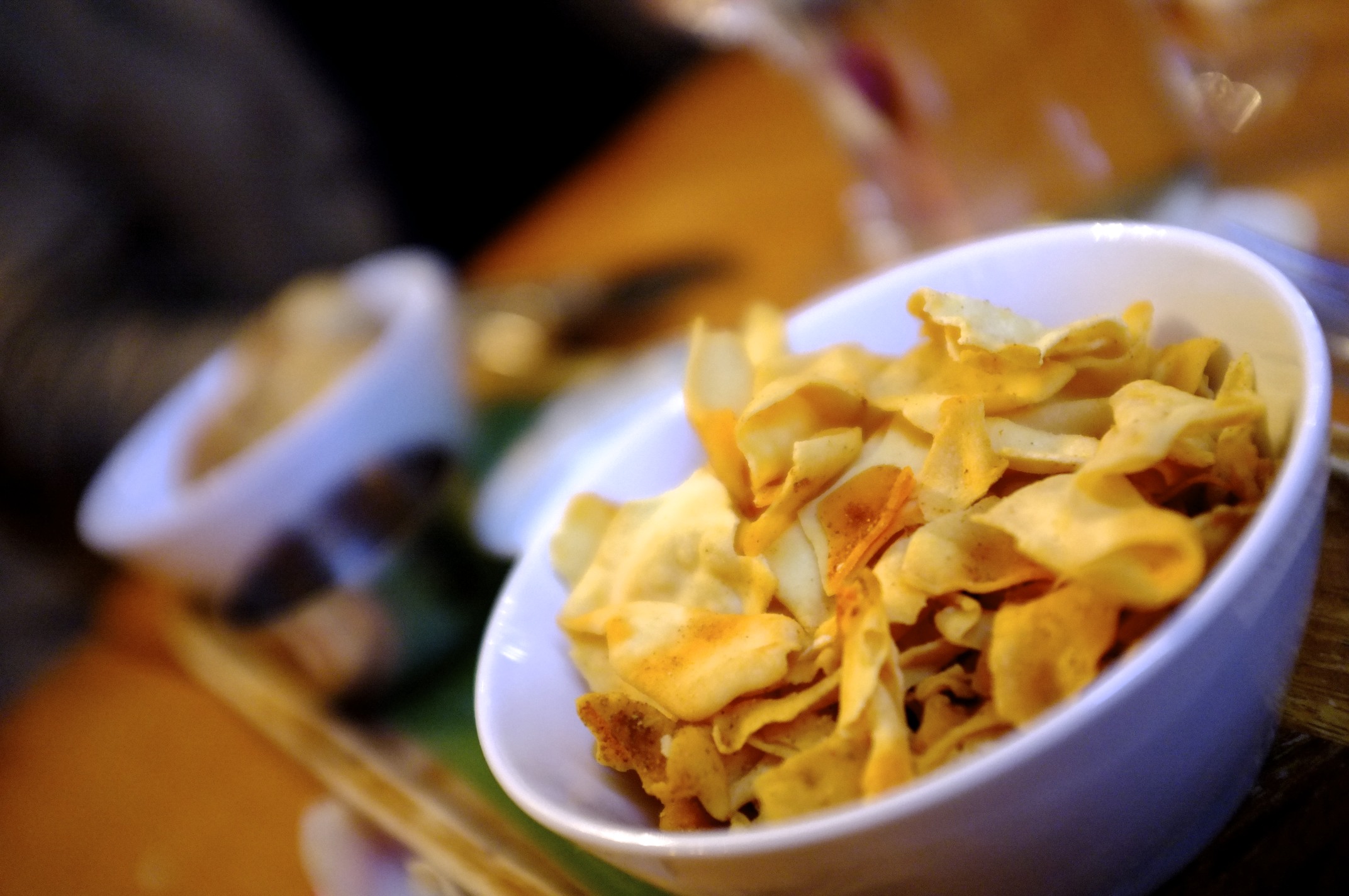 So familiar to us it is often referred to as ‘London by the sea’, the weather today is good and memories come flooding back. It seems appropriate that after the miserable winter we’ve experienced I am to visit the Indian Summer. An award-winning restaurant and a Brighton institution for over ten years, Minesh Agnihotri and Byron Swales have been at the coup de grace of modern Indian cooking right from the start.  Today they are to receive the coveted Cobra Curry Award presented by Pat Chapman. 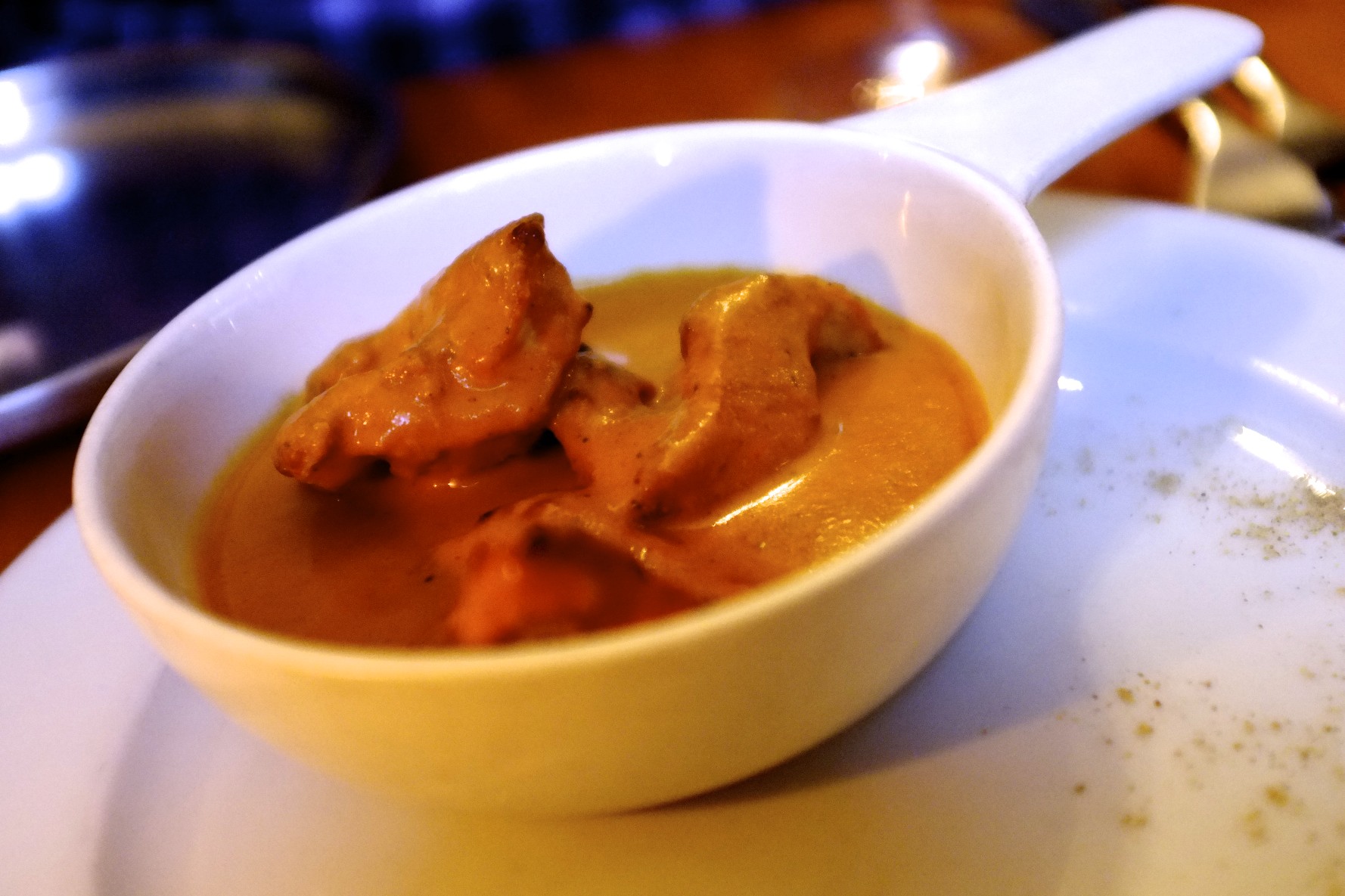 Known for their fine dining and street food alike, Indian Summer recently launched a new ‘Summer Lunch’ menu specifically for busy office workers and those of us who like lunch but might not want a heavy meal, two courses are £14.95. These lightly spiced dishes are workmate friendly and will not leave you sucking your way through a packet of mints all afternoon. The trick they have pulled off here is to produce flavoursome food lightly spiced with responsibly sourced local ingredients. What’s not to like? 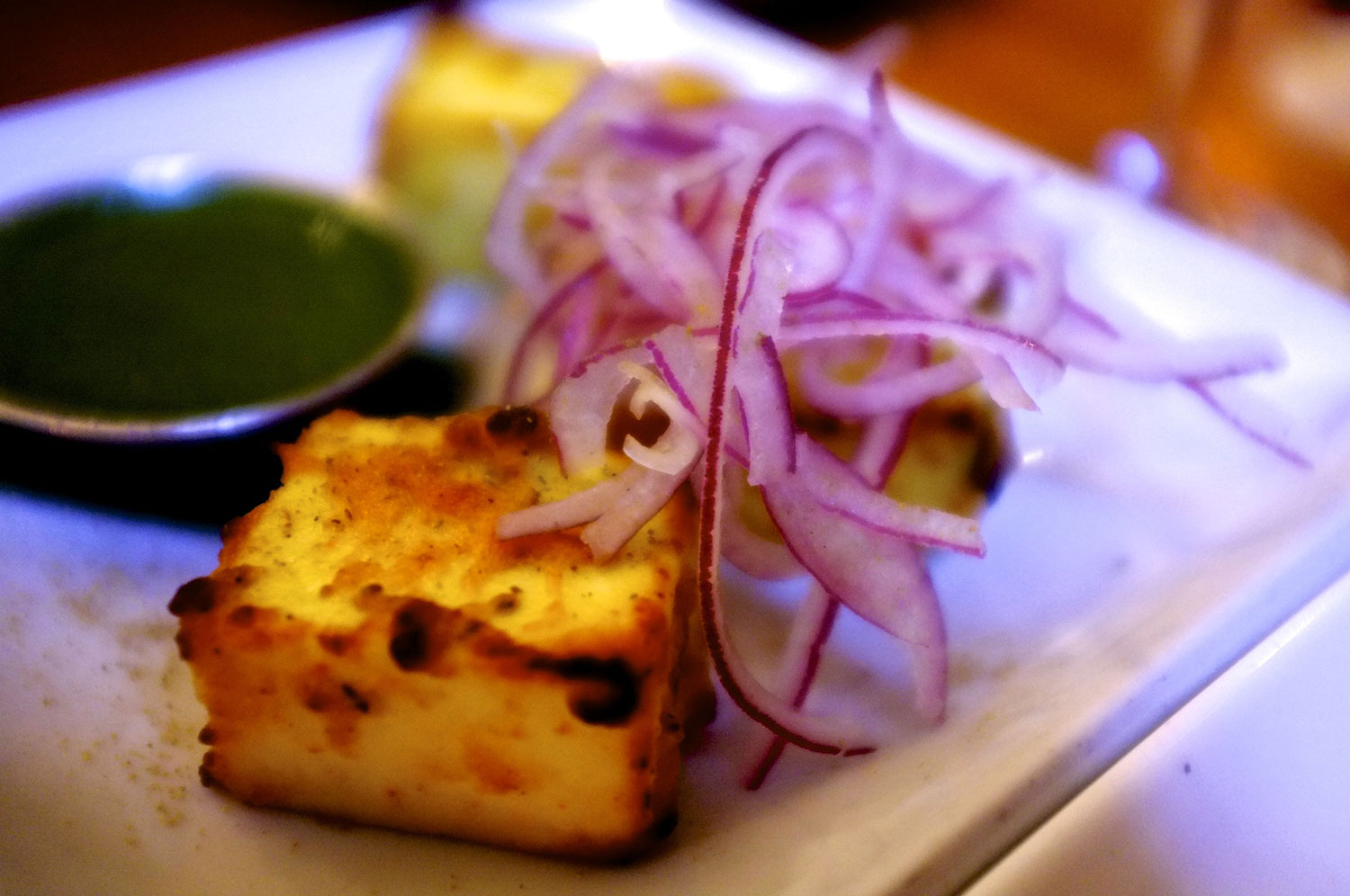 So, after nibbles, some small breads and sanchar papdi, a gram flour preparation, a couple of dips and chutneys we kicked of with a selection of starters that four of us shared. Crisp, clean flavours and well presented, we were told that the first course was ‘street’ food. Minesh grew up on this food as a child in India and has used family recipes passed down through generations. Although Minesh has no formal training he has honed his skills to an impressive level.

This is not food commonly associated with Indian restaurants in the UK. The ghee free cooking makes for a lighter bite and lets the flavours shine through.

Samosa chaat came dressed with yoghurt, coriander and tamarind chutney. It worked perfectly, a slight crunch, not too hot.  The nawabi murgh was creamy, I could imagine this being served in the courts of Lucknow, where it originates from and sitting on top a splendid nawabi sauce, it had the X Factor. 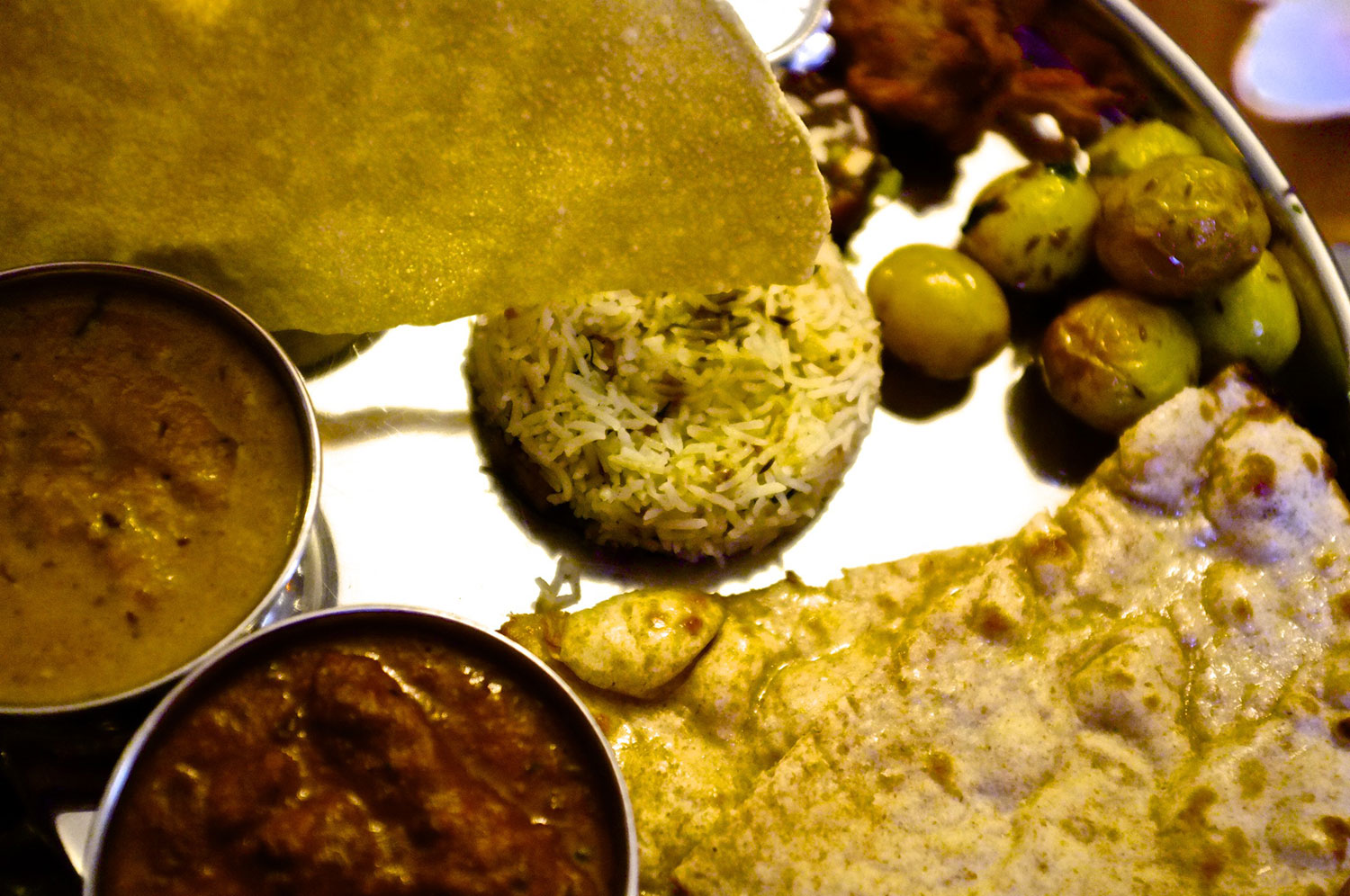 Indian Summer is a cool place to be, even on a hot day. The staff, are friendly, the restaurant sits close to the beach.  It would be hard to improve it. Minesh is an engaging and startlingly calm chef. He doesn’t seem to get flustered by anything and talked about the genesis of many dishes.  He told me about the early days of the restaurant and being instructed by classically trained Indian chefs that shouted “You can’t do that!” to which he casually replied “why not?”

This is why Indian Summer sits happily in the top 100 Cobra Indian restaurants in the UK.  Breaking rules and destroying myths should be the mantra of all chefs in my view.  How else will anybody learn anything new? 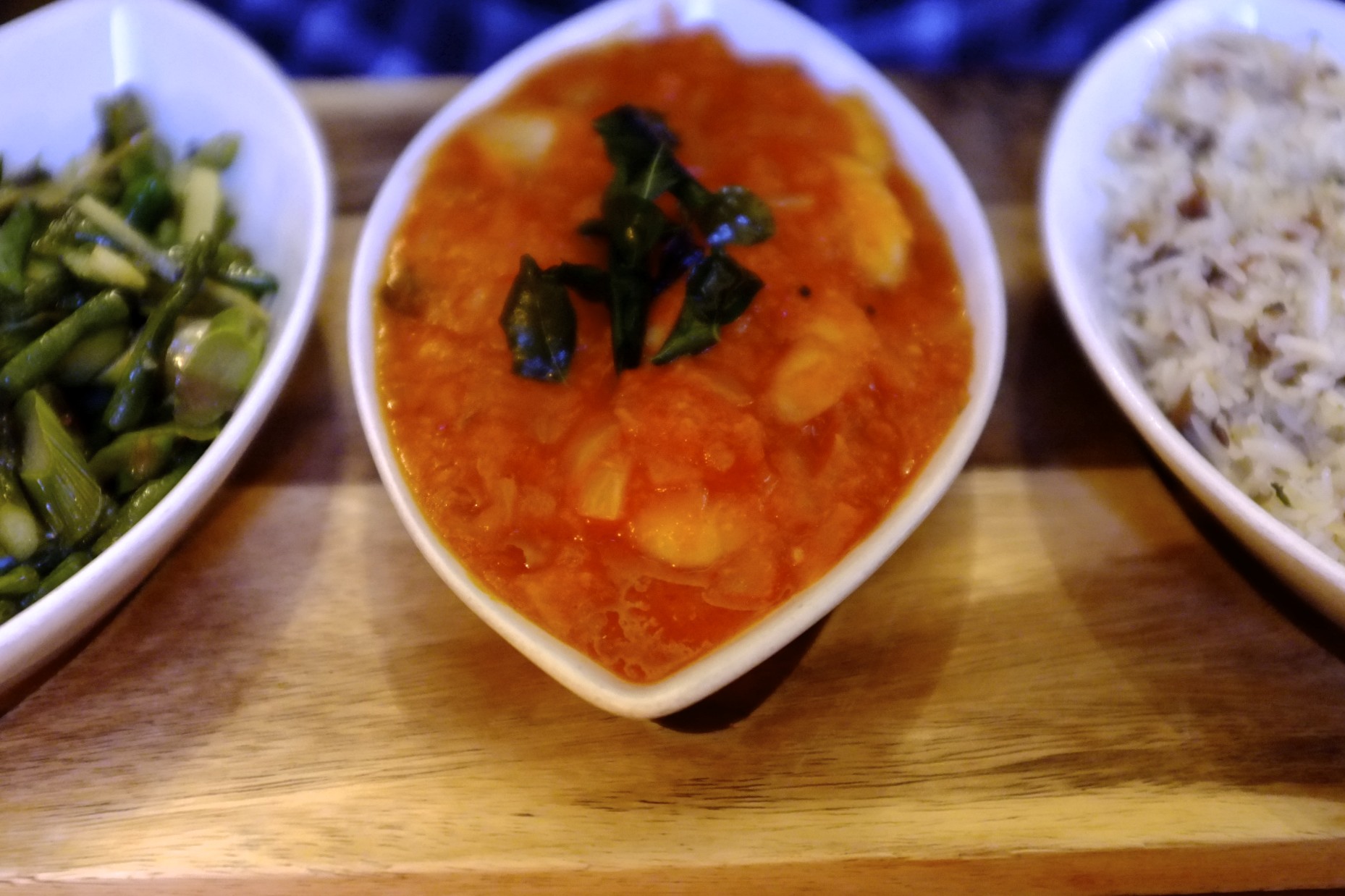 The mains proved to a success as well. Two of us chose meat thali and I was ribbed for choosing a Royal tahli. The commoners as they described themselves thereafter enjoyed this combination of dall, lamb, chicken good basmati rice and a hot pickle. I enjoyed mine more as it had a couple of extra components the jeera spring aloo was particularly good.

My advice would be to go for the Royal at £12.95 it’s a bargain. A breakout section of the table had malayali jhinga, tiger prawns cooked to a southern Indian recipe it came with green beans, asparagus and masala rice. It all looked very attractive on a large metal plate. We did our best and ate as much as we could, all concurring that it was indeed fine food. 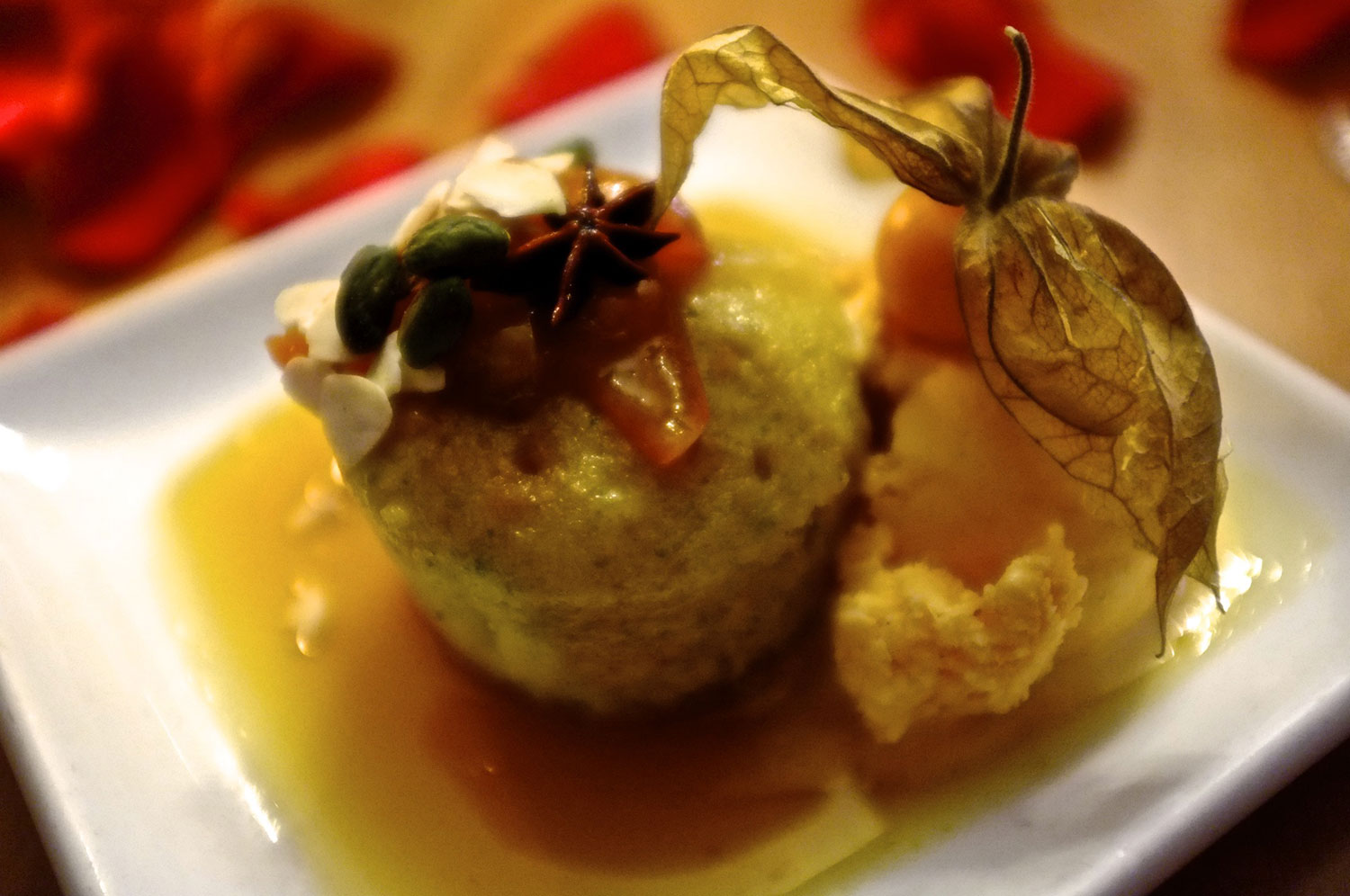 The desserts also proved worthy, though not all of us had room. A blood orange and hazelnut pudding came with vanilla ice cream. No indication on the menu about the welcome gentle spiced sponge or how pretty it looked, another winner, but only for those who are still hungry. 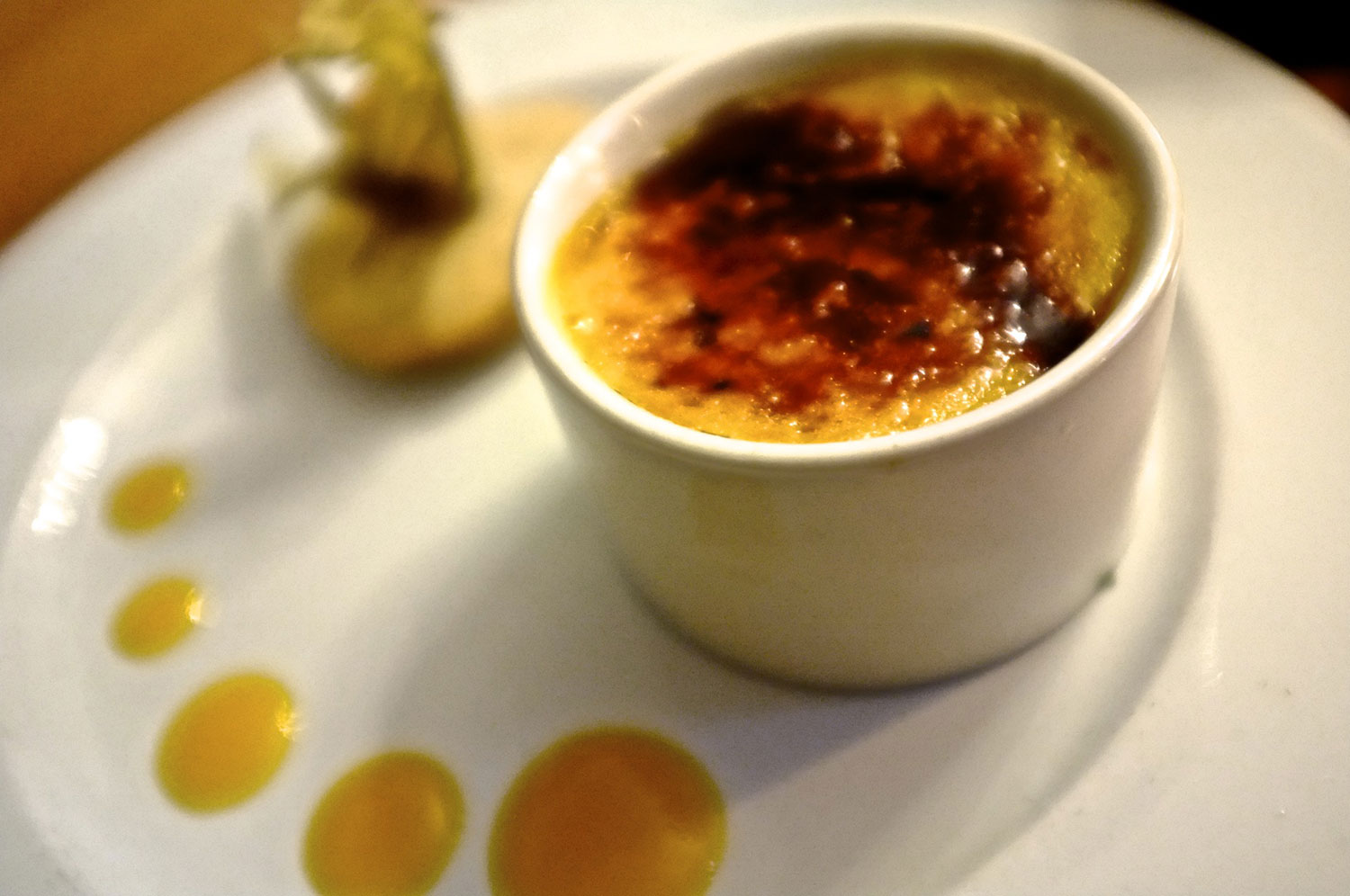 After we had all said our goodbyes I wandered off to the pebbly beach that had attracted me all those years ago. I sat and watched the sea lap against the stepped beach. The sun splintered through the silhouette of the burnt out pier that had proved to be Pinkie’s demise seventy-five years past.

There were many couples and families lost in their thoughts as was I. Graham Green could never have called his brilliant book Brighton Pebble could he? No he got it right, Brighton does rock.