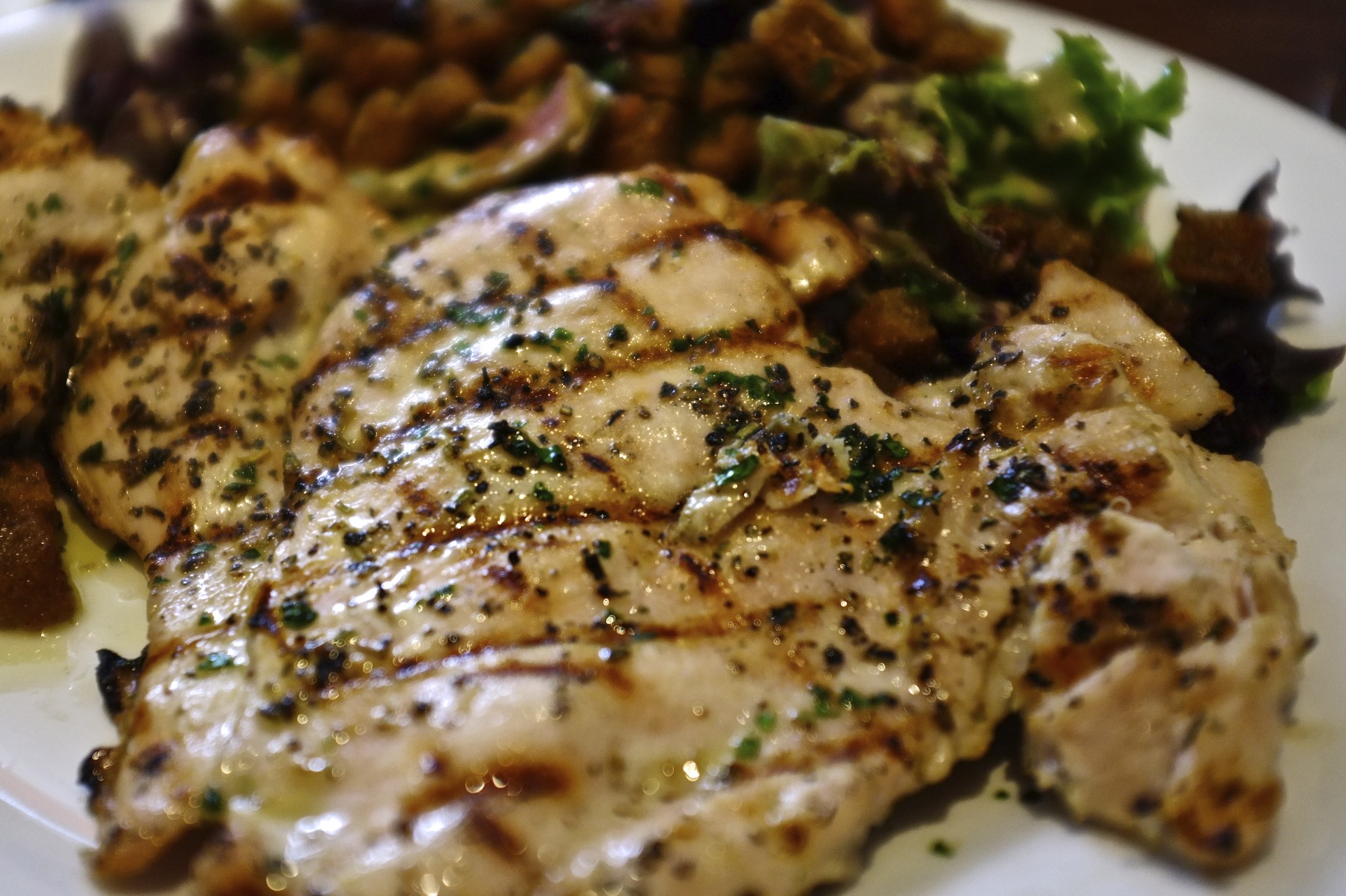 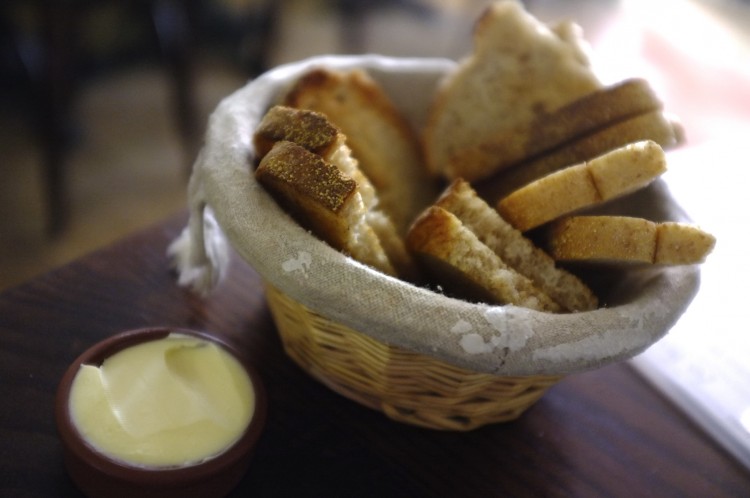 This is the sort of restaurant I would like to have at the end of my road.  It is an unpretentious bistro of old.  Firm favourites sit on the menu not out of a lack of imagination but because they are classics.  A case in point would be the inclusion of chicken liver parfait with red onion marmalade.  This is the epitome of bistro fayre.  It tasted just as it should and was a generous portion.  They do steer off the well-trodden path of French cuisine though – I did see but didn’t have a cottage pie. 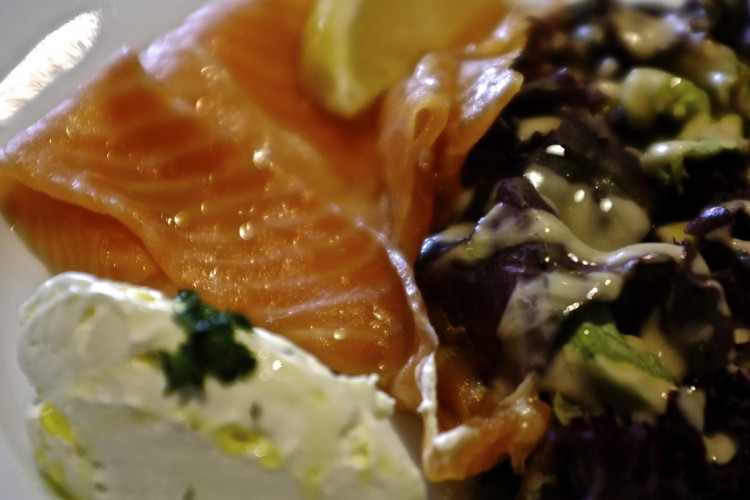 I was here with a work colleague who has an interest in good flavoursome food.  We were in luck.  Inside this corner site is exactly what you might find in Montmartre, posters by or influenced by Toulouse-Lautrec, clean scrubbed tables and charming staff.  As we pondered the menu three locals popped in to confirm or make bookings for the evening.  That’s what I mean about wanting one of these at the end of my road.  The convenience and familiarity are a great pull.  Absolutely everybody knew everybody else, these weren’t young hipsters but mostly Primrosians of more mature years and OK the odd Hipster as well.  But I think they had found themselves there by accident.  Shoreditch’s loss is their gain. 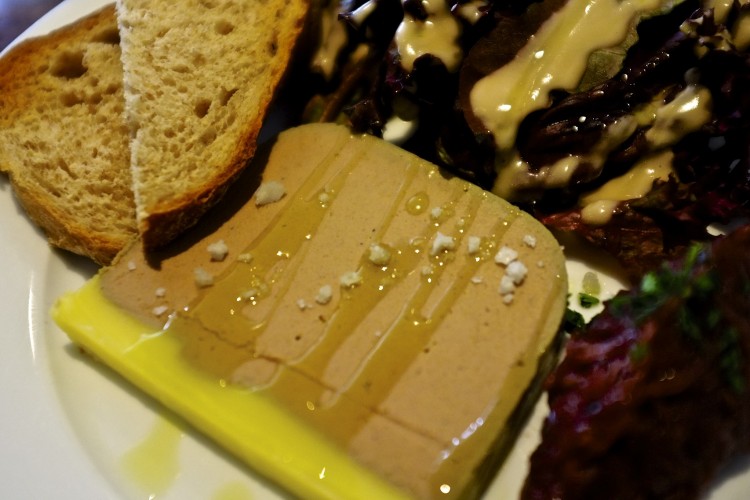 At lunch or ‘Ze Brunch’ as it’s called here there is a slightly smaller menu than the evening.  No matter, I was quite happy with what I ordered, as was J.  In fact she enjoyed all her dishes and said of the dessert “it’s possibly the best pudding I’ve ever had” but more on that later. 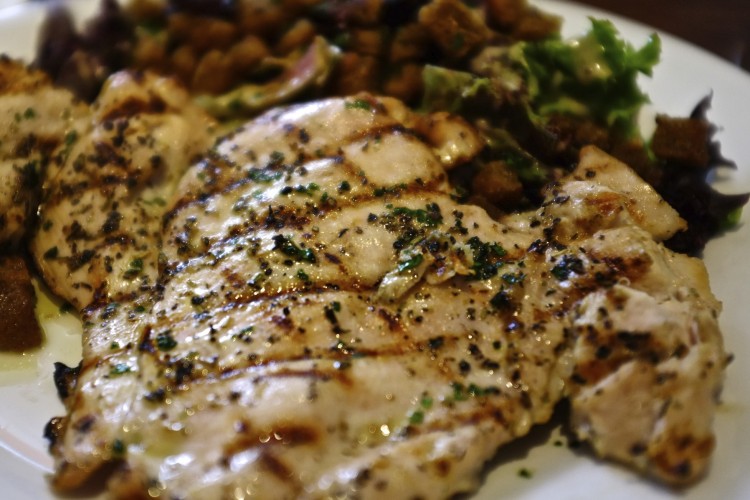 Our starters were half French and half local. I had chicken liver, which was rich with good toast and a small salad.  J went for the intriguingly named ‘Chalk Farm’ smoked salmon with a little bit of sour cream, we discovered it’s locally smoked less than a mile away.  I didn’t get to taste the salmon as she ate it too quickly before I could put in my request.  She said rather needlessly “That was good!”

Our plates were removed and I’m very pleased to report that we had a decent gap before the next course.  So often a restaurant just gets it wrong.  They could see we were not in a hurry so they took their time, I was grateful for it. 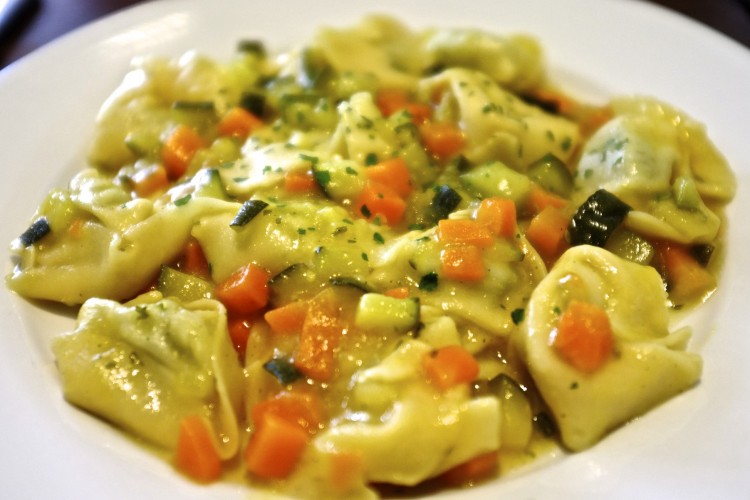 The mains arrived with the same smiles as first time from the new waitress, who seemed to be settling in nicely.  I had chicken paillard, a flattened piece of meat quickly cooked that came with green leaves with croutons.  The chicken was good and moist but I was disappointed to see the same ‘green leaves’ I had with my parfait, with the same dressing.  This is not a major criticism but just a touch lazy I thought.  J had chosen well from the specials board and again we were only half French.  Here tortelli spinach and ricotta was very tasty.  This time I managed to try a bit.  It had a creamy sauce that contained amongst other things carrots, an unusual choice with cream, but not unpleasant at all.  There were two other superstars on the table.  A bowl of spinach with a touch of cream and a totally brilliant gratin dauphinois, this is worth the visit alone to L’Absinthe.  It was as it should be, creamy, garlicky and not dried out.  This went some way to explaining why we had that much-needed gap between courses.  No complaints from either J or me. 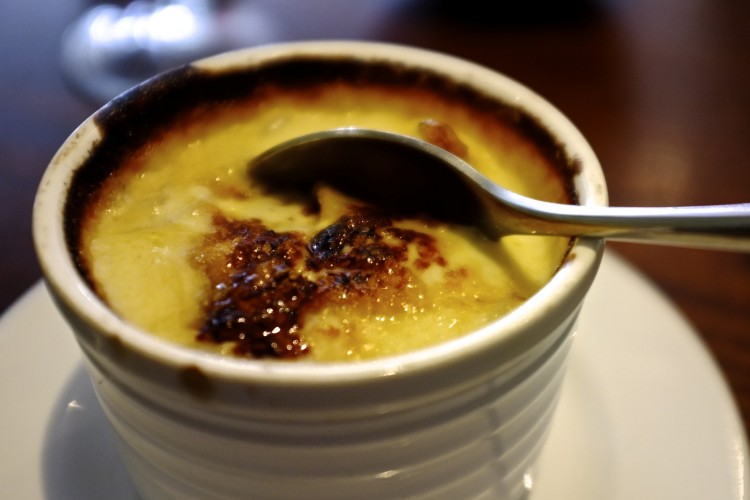 Glasses of wine were filled and emptied as we chatted the afternoon away.  Naturally our minds eventually came round to dessert.  Readers of my reviews will know that I am a complete sucker for a good cheese board.  So I went with that and it was good but took a while to get up to room temperature.  Where as J had the pudding of her life: The L’Absinthe crème brûlée.  What made it L’Absinthe brûlée appeared to be the inclusion of Pernod in the mix.  This was not only unusual but also very effective.  The cream dissipating the strong aniseed so it became more manageable and thoroughly delectable back note.  The technical side was well looked after as well.  The brûlée had a crust that didn’t require a can opener to get into it but just enough resistance to provide a bit of suspense.

The overall experience at L’Absinthe was really good.  The owner came over to say hello or indeed “bon jour”.  He is as French as can be and had returned that morning from France procuring some essential ingredients that are “French, you can only get them there”.  I would add that what they do with them is just as important, especially in the crème brûlée department.  I would love to have this restaurant at the end of my road, I’m pretty sure you would too.  J wasn’t so sure and had a more prosaic approach “ I would love the recipe for that crème brûlée”. 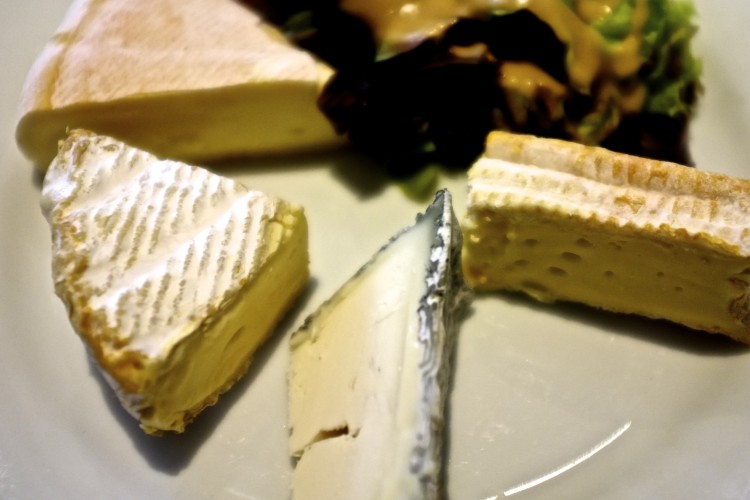