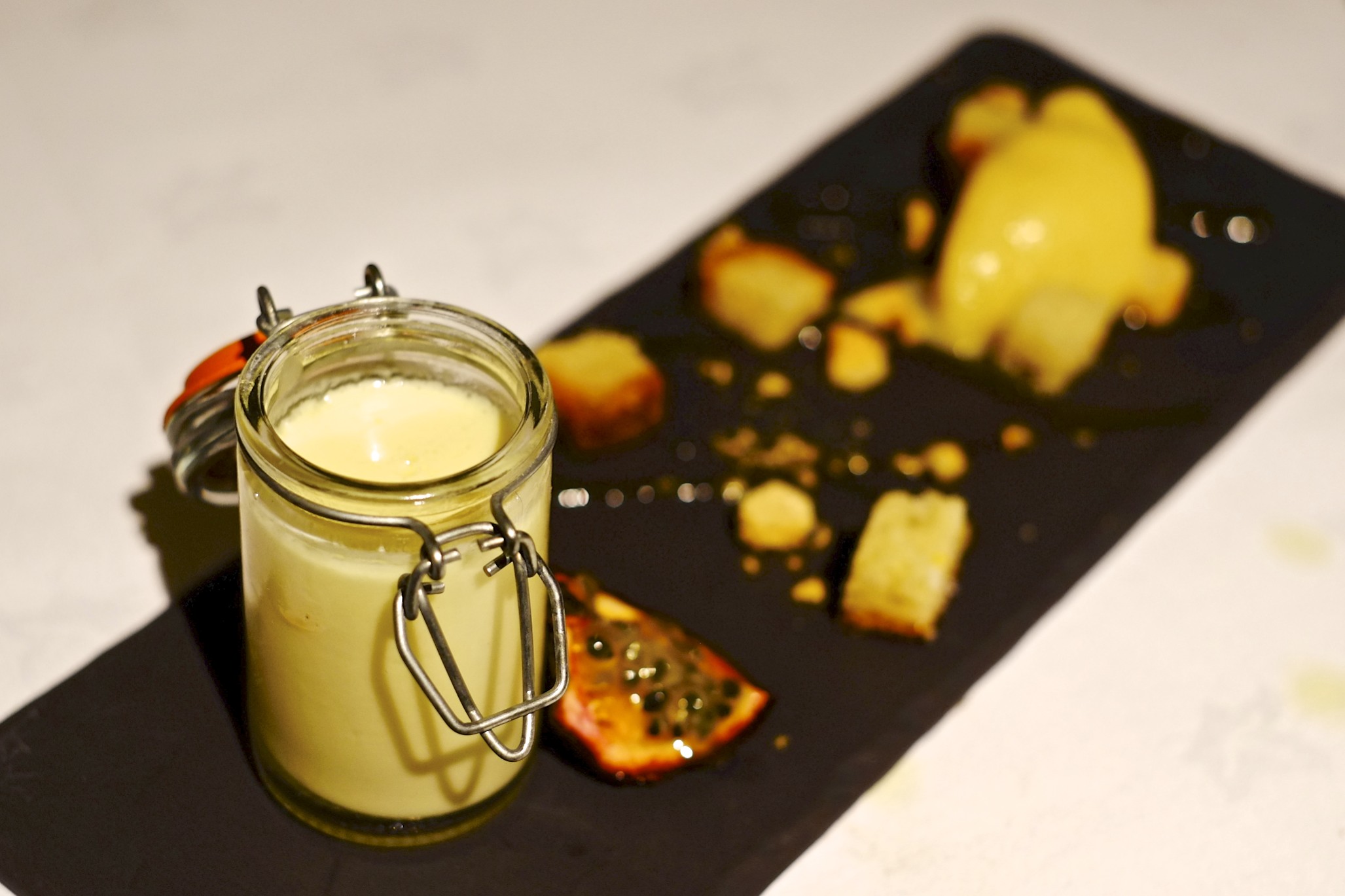 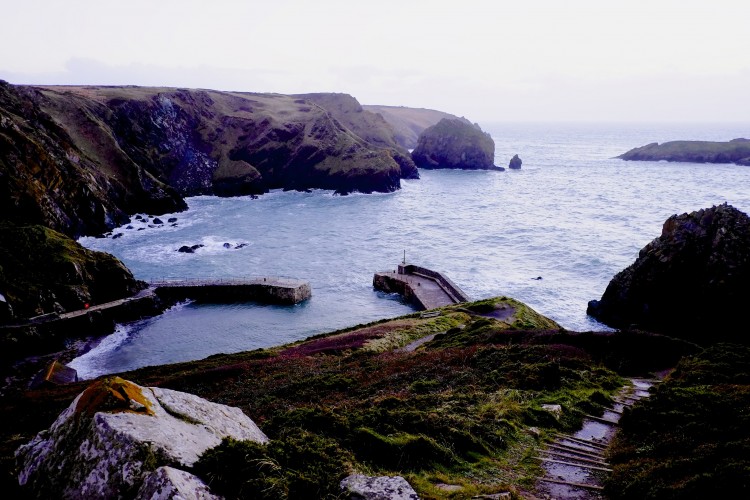 Travelling to Mullion Cove on the Penzance Night Riviera Sleeper has such charm my break really started in Paddington the night before.  Catching a train at 23:45, checking into your cabin, pre ordering breakfast and slipping off to the bar carriage for a quick nightcap all play on one’s expectations.  I could have made a night of it in the bar carriage as it is open for the duration of the journey but decided to get some sleep instead. 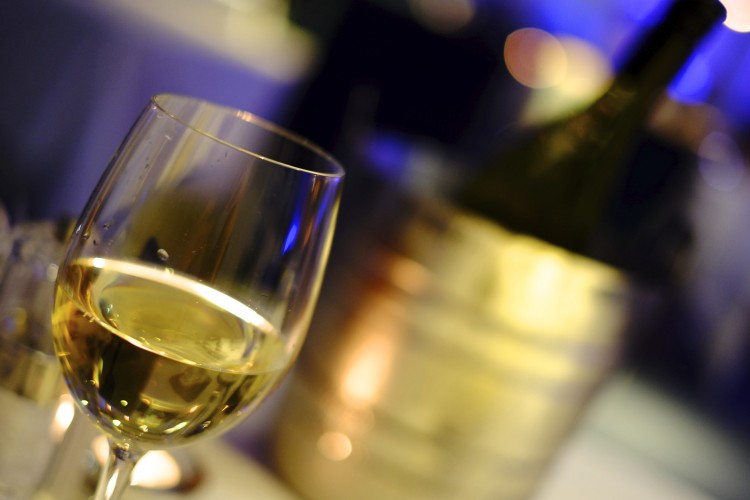 As the train pulls into Penzance all that is missing is a puff of steam and a stationmaster with a whistle.  It’s like going back in time, a time where Hercule Piorot and Hastings would alight and head off for a break to a cliff top hotel.  Which is exactly what I’m about to do. 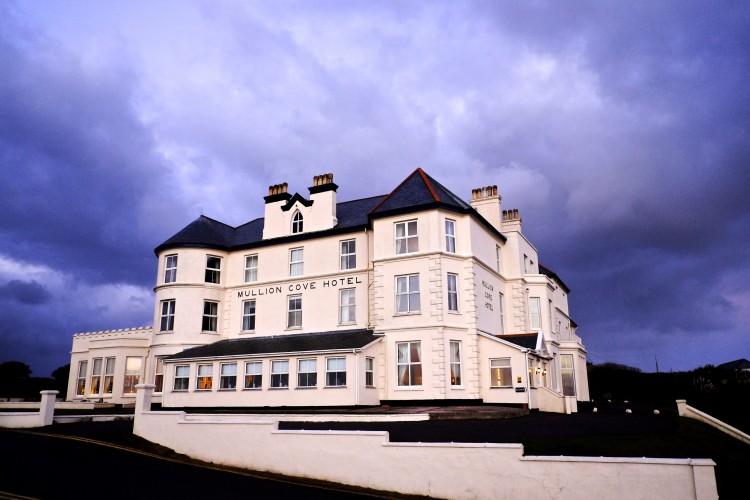 Mullion Cove Hotel first came to my attention when I heard that Award winning chef Fiona Were was to head up the team a few months ago.  I have followed Fiona’s progress across Cornwall for a couple of years.  She is a progressive New Zealander with an exciting approach to cooking that has never failed to impress me.  I was looking forward to catching up with her, tasting the new menus she has developed and of course unwinding in one of Cornwall’s most spectacular hotels. 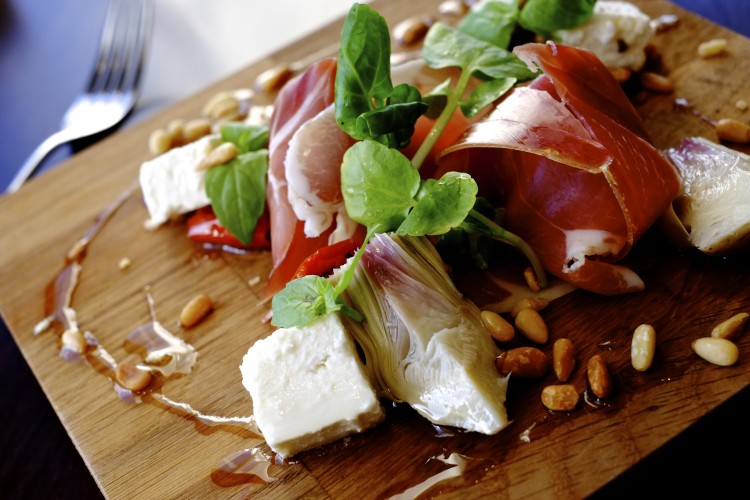 My room, 210 sits on the top floor and is positioned on the corner facing Mullion Cove.  The view is spectacular to say the least.  Once voted one of the top 100 hotel room views in the worlds by Sunday Times Magazine it hasn’t lost its allure.  The vast expanse of sky in the November light is like being in a real life Turner oil painting.  Exciting and fearful at the same time the sea offers little respite for sailors in autumn and has claimed many lives over the years.  It is the sheer power of it that holds my attention.  On a day like today where there are gales blowing and rain travelling horizontally it is a view best enjoyed the right side of my hotel room glass. 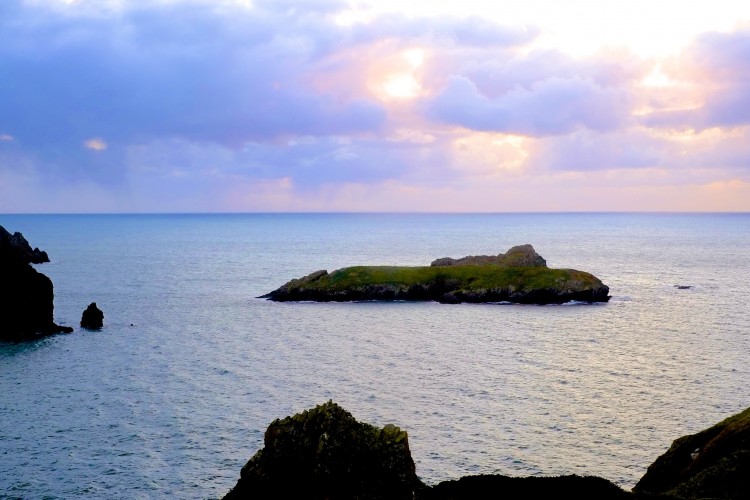 My room is very comfortable and large.  With a superb bathroom boasting a deep bath that shares the same views of the sea it is a perfect sanctuary.  The comfortable sofa and leather armchairs, subtle lighting and deep carpet provide the opportunity to never leave your room.  But I was interested in exploring this late Victorian gem of a building.  A grand staircase took me to reception although I could have a taken the lift I felt like stretching my legs after the train journey.  There are three lounges, one especially for dog owners who are welcome to stay with their owners in a couple of designated rooms.  This is perfect place for dogs and owners to wander off on long walks and work up an appetite. 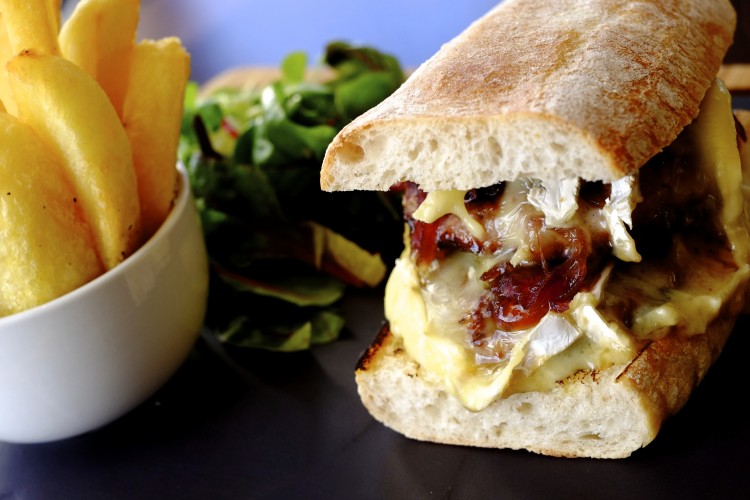 Without over indulging in its history the feeling of Mullion Cove is of a friendly country house, plush carpets, roaring fires and friendly staff.  I had the good fortune to eat there several times.  There is a bar The Glebervie named after a wrecked ship, which lost its battle nearby at Lowland Point in January 1902.  She had in her hold 600 barrels of whisky, 400 of brandy and 200 of rum.  Thankfully the crew of 16 was saved and in that time honoured tradition of the Ealing comedy ‘Whisky Galore’ not all of it was returned to the owners.  That is what’s known as a Cornish silver lining. 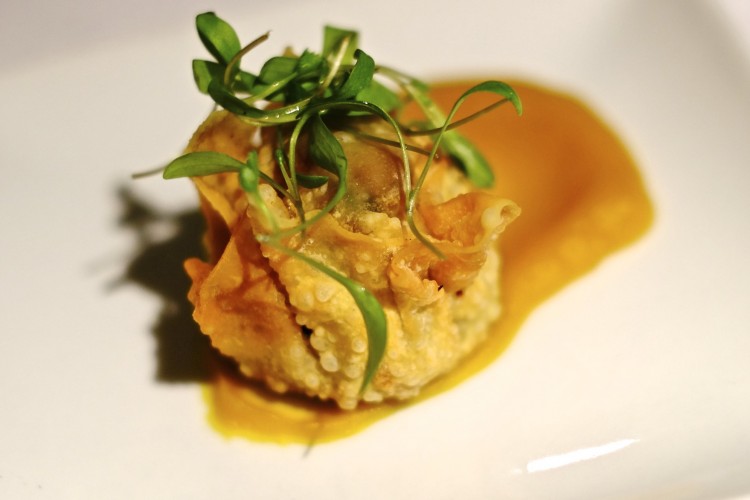 Fiona’s food is as always different and interesting, her roots often bring a touch of the unusual and exotic.  There is a set price to food at the restaurant with plenty of choice as it changes daily.  For £36 you will receive bread, an amouse buche, starter, main, dessert and coffee with petit fours.  There is the odd dish with a supplement but I feel this represents great value and the food is very good as well.  Parmesan and tomato bread was made fresh and moreish.  A little duck and plumb wanton was a treat.  Could have done with a few more of those it had a pumpkin sauce that fused well with Fiona’s fusion vision.  Not known for my squid consumption I felt it was about time I tried salt and pepper squid with Primrose Herd chorizo that came with puy lentils, sherry vinegar and coriander.  The squid was clearly a leviathan of the species so fairly thick skinned but despite that it wasn’t rubbery and I liked the lentils, which had a lot of bite.  This is a good dish that would have been more succulent if the squid had been smaller. 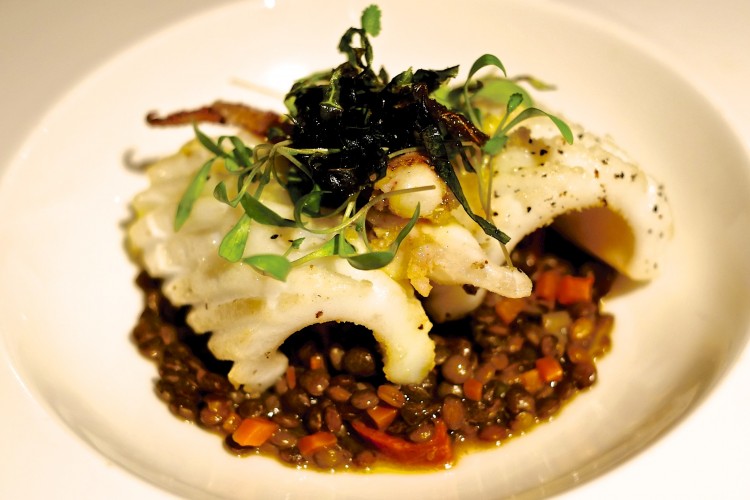 The attentive staff at Mullion Cove are full of character.  The general manager, Chris Owen is a mine of local information and much more besides.  He has been here for eleven years and has seen the place transform having had millions spent on it over recent years by the current owners.  Chris has had an interesting life that has not always been spent in hospitality.  He worked at London film studios in the sixties and has quite a few unprintable stories to tell.  The great and the good may not always be what you might imagine. 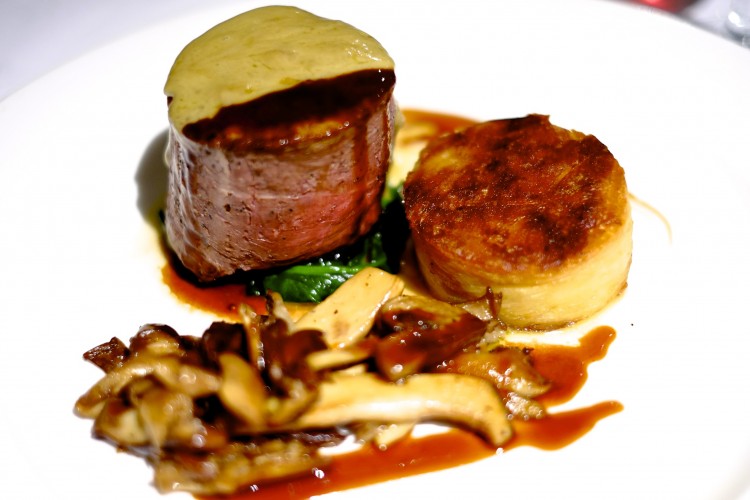 On one night I tried a 28 day matured beef fillet steak with dauphinoise potato, spinach, wild mushrooms a touch of Cornish blue and a red wine jus.  This has a supplement but was superb and worth paying the extra.  The giant steak was brilliantly cooked and the classic accompaniments earned their place.  It’s easy to be dismissive of something as simple as a piece of beef but when cooked badly it is such a disappointment.  This was as far from disappointing it was tasty, cooked rare and bursting with flavour.  To give you an idea of what else was on offer I could have chosen line caught bass with cassoulet or a ballotine of rabbit with pancetta, chicory, chestnuts, Calvados, quince and unusually baklava.  I should have been brave and gone for rabbit, as it sounded so interesting.  The kitchen is flexible so if you were after a sea platter or lobster then all they need is a bit of notice and it’s yours. 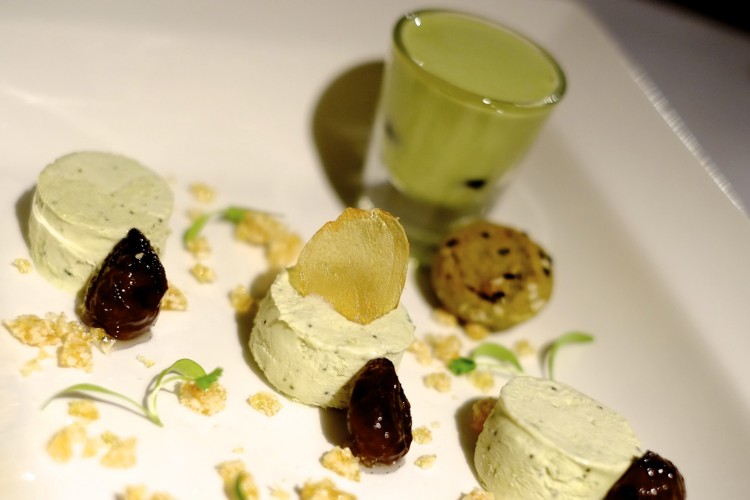 One of the real but simple luxuries that staying in a large country house and not going outside for a day is that you can wear slippers all day long.  This might sound a trivial notion but when your feet have been in tough boots for hours it is the height of luxury to slip into something more homely or as I did on more than one occasion just pad about in stocking feet and enjoy the deep carpets. 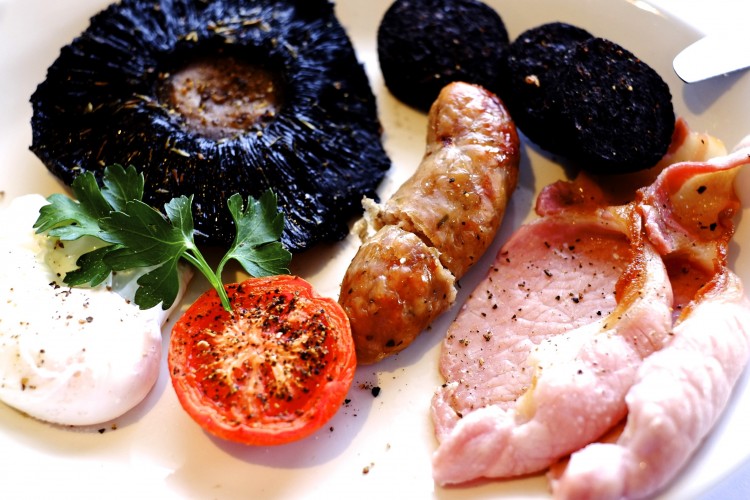 On another night I ate a fantastic lamb shank that fell of the bone when I looked at it.  A creamy mash with lots of garlic and a spot of kale was all it needed.  This is hearty food perfect for the weather.  The Glenbervie Bar has a staple selection of standards, a pork burger with chips was particularly good and an air dried ham with feta and basil was of worthy note; crisp and clean a great starter or a light lunch. 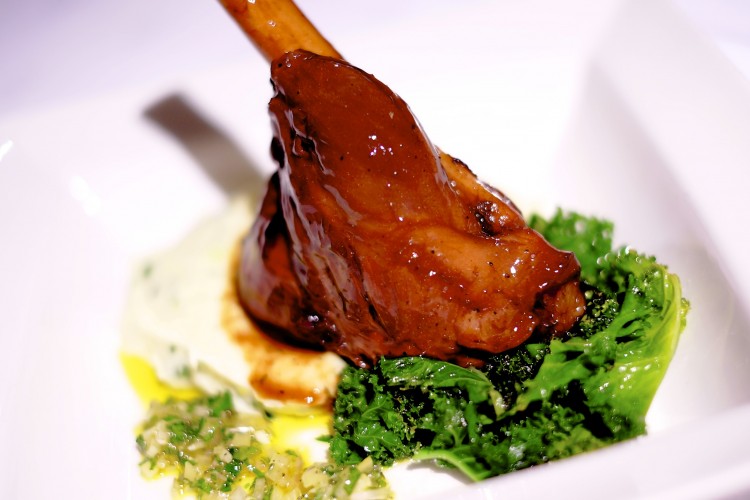 Desserts are something that Fiona has a weakness for, by that I mean she creates sweet food that can be irresistible.  The standout one for me was a devilishly good lemon posset, lemon drizzle cake, passion fruit and hokey pokey.  The trick with a pudding like this is to generate a balance that allows each component to sing.  It worked beautifully here.  I ate each part with a dollop of posset giving a rounded but still individual note to each spoonful, a resounding success. 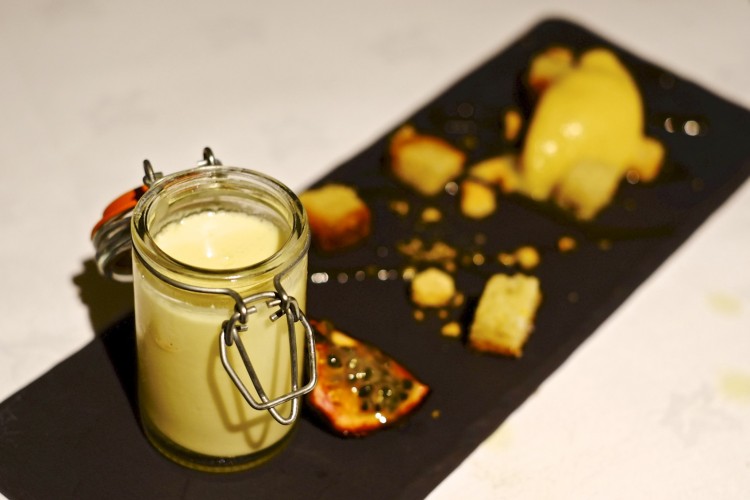 There are many other delights at Mullion Cove that I don’t have space to mention here although I would say that there is a substantial Cornish cheese board with no less that eight to choose from.  Fiona Were’s commitment to local produce and producers is clearly on display. 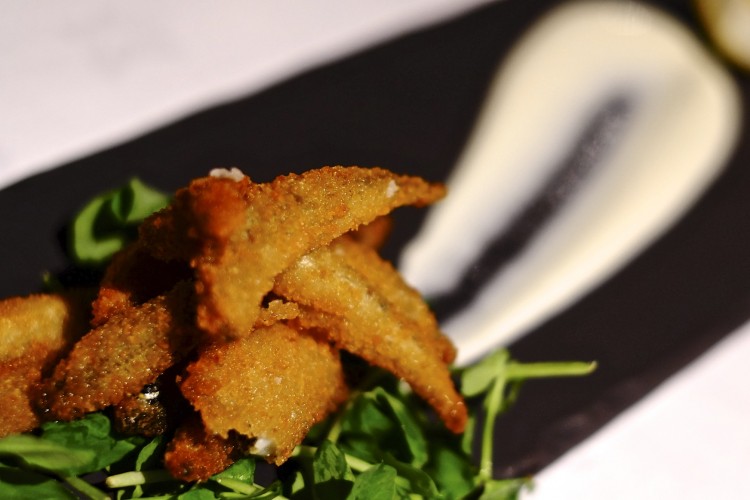 So The Mullion Cove Hotel can serve many purposes, a wind swept winter break, a Christmas getaway from it all (they are fully booked for the four days over Christmas by the way) a perfect base to explore the countryside or a place to relax and undertake a painting or writing holiday.  These are arranged with local artists and writers who teach from beginners level and up.  There is even a studio for the painting.  What could be better than half a days painting a long walk and a great evening meal for three or four days in a row?  Ticks most of my boxes.  Mullion Cove is a special place that has a unique character and a few unique characters to boot.  The train journey and comfort of the hotel all make for a fantastic trip that I shall not forget for some time. 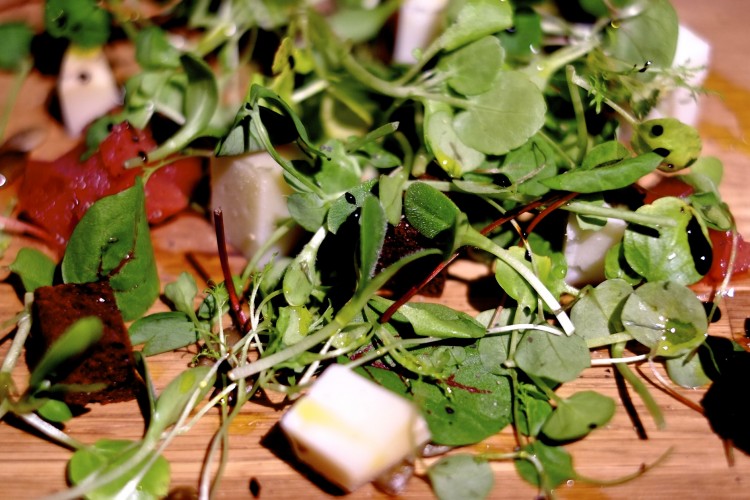 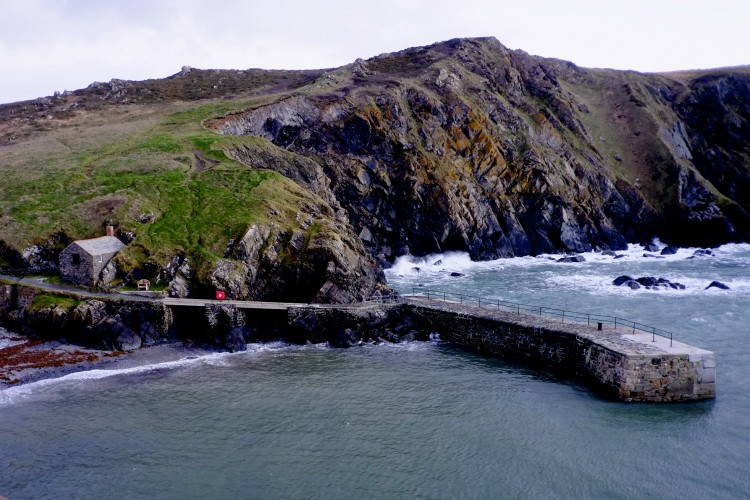