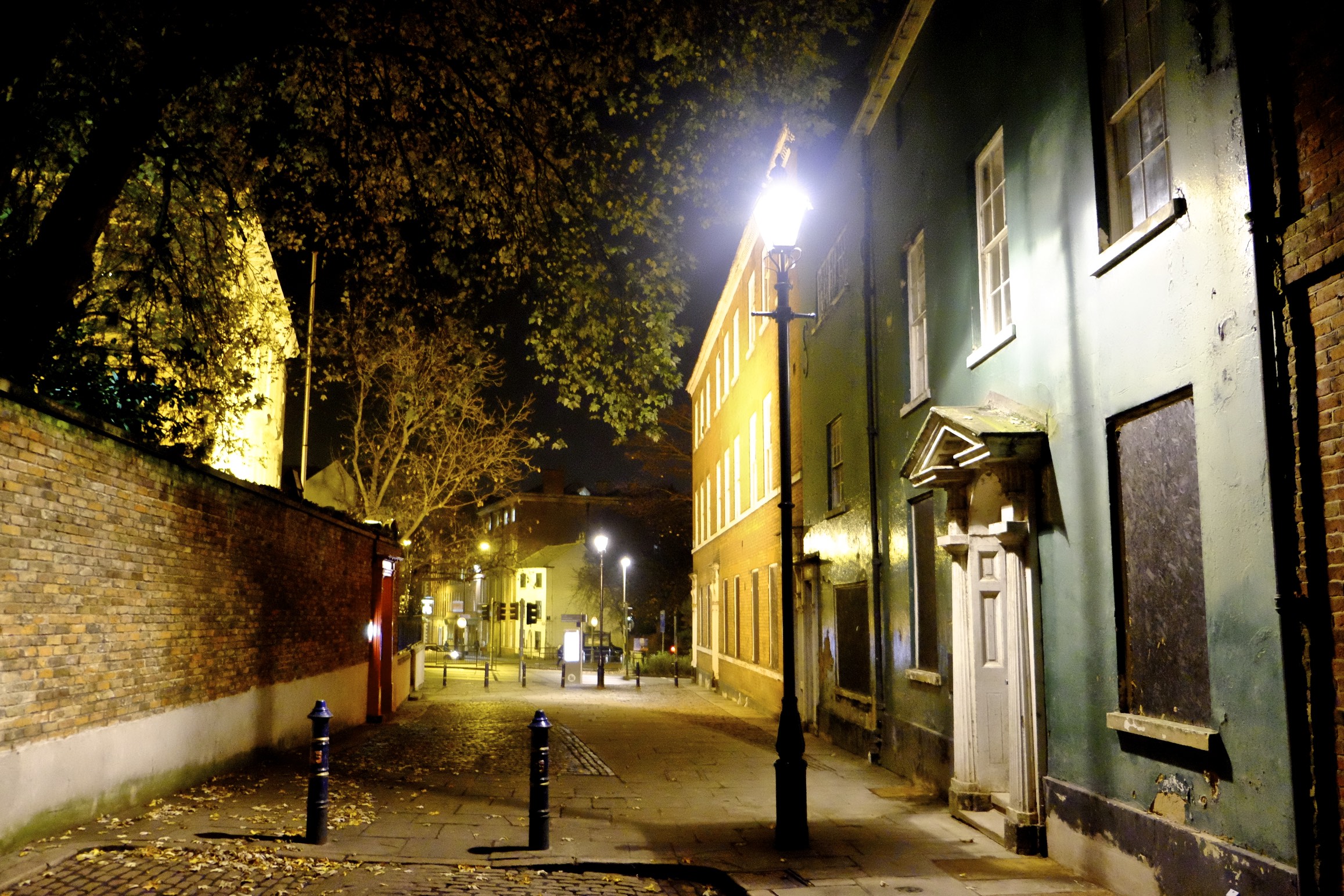 Nottingham has several claims to fame the most prominent being the home to Robin Hood and his nemesis the Sheriff of Nottingham. It has an illustrious past in lace making and is still the home to Raleigh bicycles. It has another strange accolade, the most haunted town in Britain. My interest piqued, I decided to visit the sights of interest and find out where to eat some fantastic food. Nottingham is a burgeoning foodie centre that can no longer be ignored. 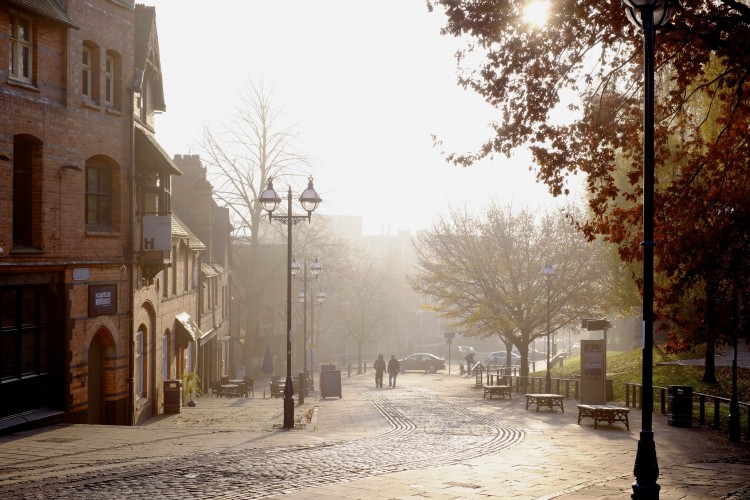 William the Conqueror built the very first castle there in 1067. Henry II rebuilt parts of the castle in stone between 1150-1189 it was then besieged by Richard the Lionheart in 1194. Quite a lot of history in a little over 150 years, and so it continued, Charles I raised his standard there to signify the start of the English Civil War in 1642 after all the turmoil of the last millennium it opened as a museum and art gallery in the gentile Victorian age in 1878. It’s well worth a visit as they have changing exhibitions as well as a very good military section. Don’t forget to have a look at the iconic statue of Robin Hood just outside the castle on the way to England’s oldest pub Ye Olde Trip to Jerusalem where you can enjoy a range of great beers. Part of the pub is carved out of the sandstone the castle sits on so it has a really snug feel inside. 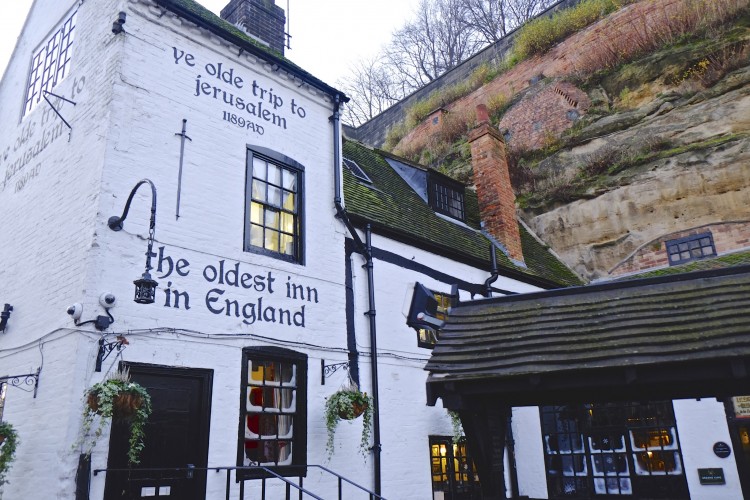 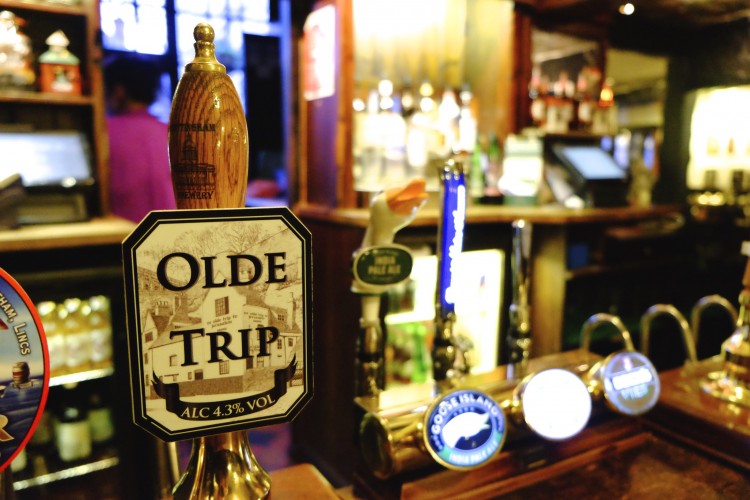 Nottingham was once rightly famed for its lace production, an area of the city is named Lace Market in deference to it’s industrial past. The city is very easy to walk. There are many references to the city’s past, the old market square is now the centre of the shopping district and is the site of a large selection of Christmas themed stalls and shops over the festive season. Many Victorian buildings are prominent and have new uses.

There’s the brilliant Delilah Fine Foods occupying a grand old bank on Victoria Street, a deli with a mezzanine level to enjoy breakfast or lunch. Open until 7pm it’s a place to try some excellent food, I had amazing green eggs and ham (the eggs had pesto mixed in with them). The cheese section alone would lure most foodies let alone the cold meats. It acts as a social hub for the people who really care about food to pop in for a coffee or a quick bite as well as picking up some stocking fillers for foodie friends. 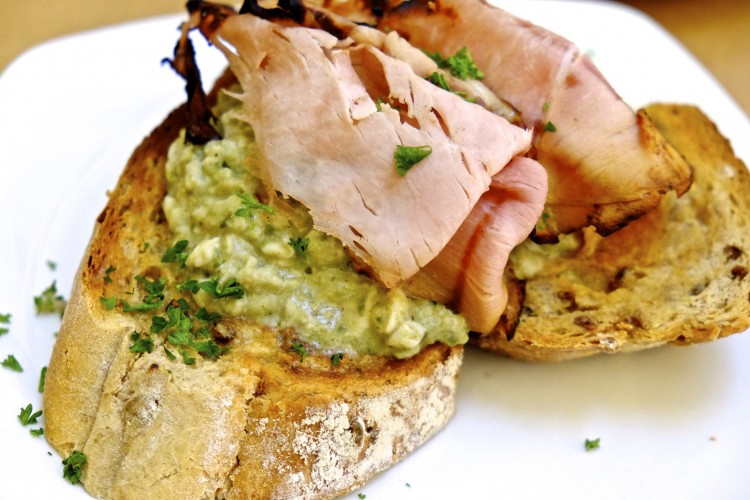 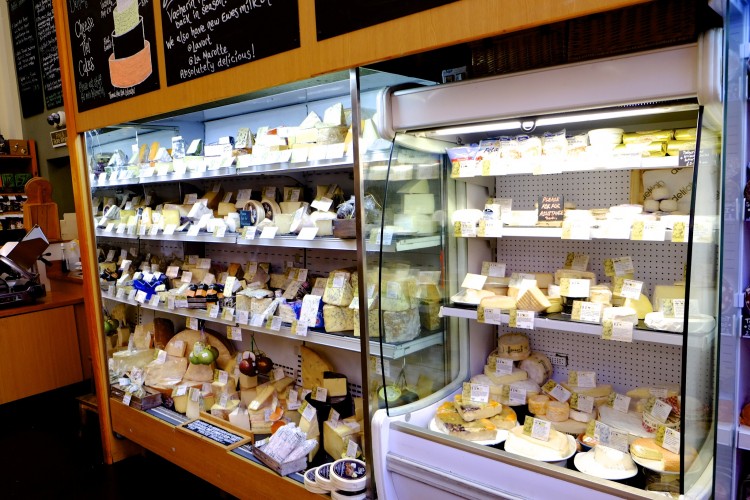 The Ned Ludd was my first port of call for a spot of lunch. As well as proving that desserts can be cocktails (check out their apple Martini for proof – it’s gorgeous) I had my first Nottingham Pie there. A brilliant concoction of open puff pastry made into a square with sides filled with stewed beef and chunks of Stilton and topped with mash potato and crisped bacon. It was super, I couldn’t eat two in one day but I recommend you try one – it’s a meal in itself. They have all sorts of gourmet burger nights and pie specials so it’s worth keeping an eye on their changing menu. 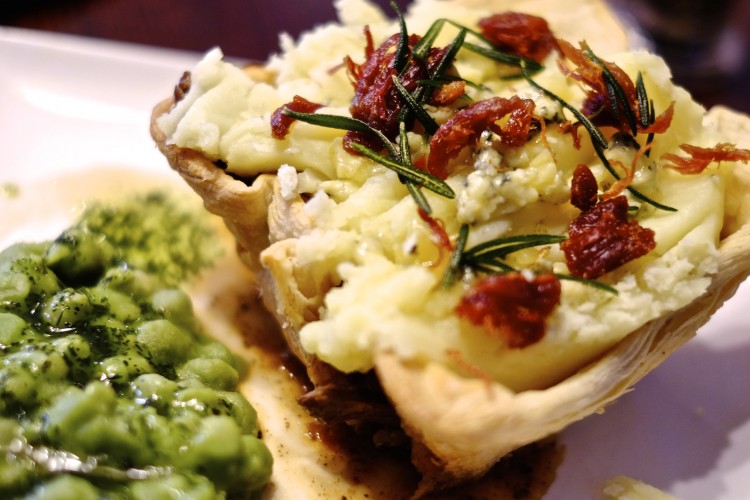 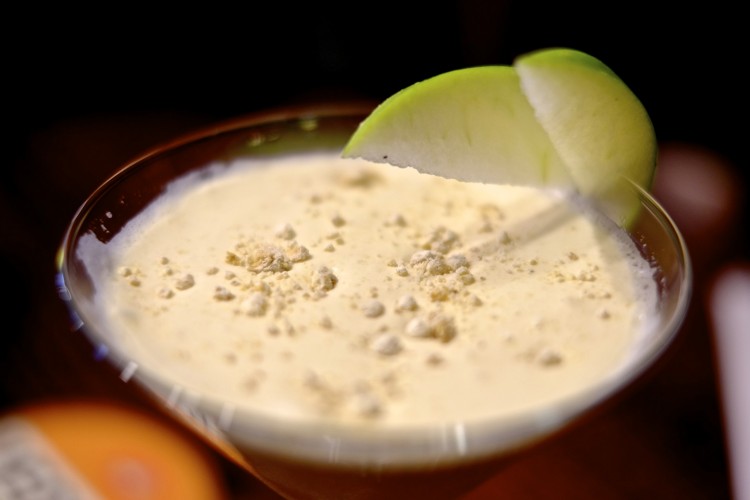 It’s a curious fact of geology that Nottingham is built on soft sandstone allowing hundreds of caves to be created under the city. All the pubs in the town seem to have one and of course the castle has several. I had a tour of a large complex under one of the main shopping centres. This a great place for kids to explore and learn at the same time. A tableaux illustrates the historical context of their use over the centuries. From being a safe haven from bombers during WW2 to the troglodytes of the past, the actor led tour can make this a fun and educational visit. It is quite creepy with the trams rumbling overhead but this all adds to the atmosphere. 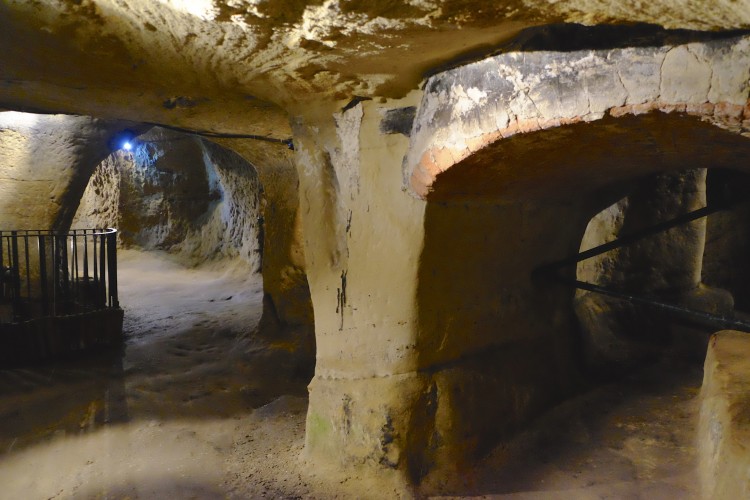 There are so many places to have a bite to eat especially at lunchtime. I came across one of the country’s only surviving Victorian music halls, The Malt Cross. Tucked away in St. James Street in the centre of Nottingham it is a portal to the past. Recently renovated with £1.38m from the Heritage Lottery Fund it has newly restored lower floors and of course more caves! It is a delightful building co-owned by a consortium of local churches and runs as a bar and restaurant, as well as hosting live acts three times a week. The upper story no longer has pitched seats but now offers tables for eating and drinking. The U shaped upper floor allows you to look down onto the main ground floor level giving the building a sense of drama. It has an illustrious past too. Built in 1877 it is believed that Charlie Chaplin and Stan Laurel played here in their early days as performers. 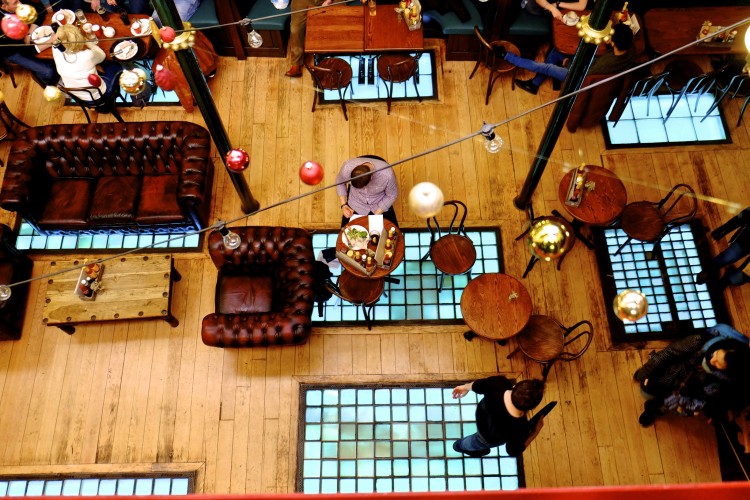 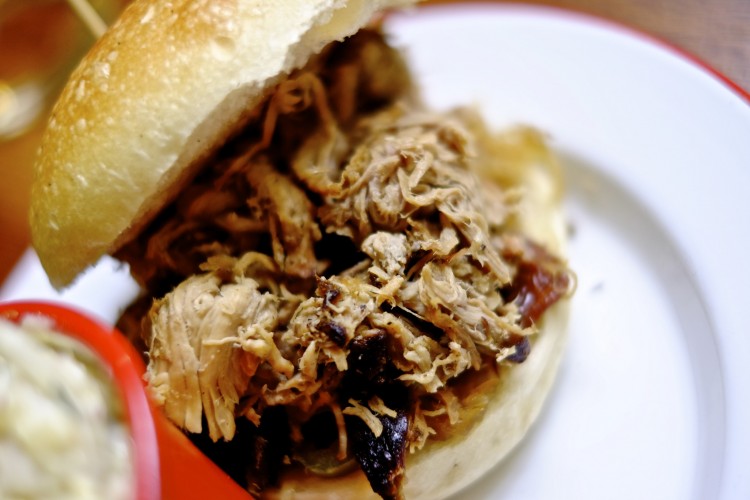 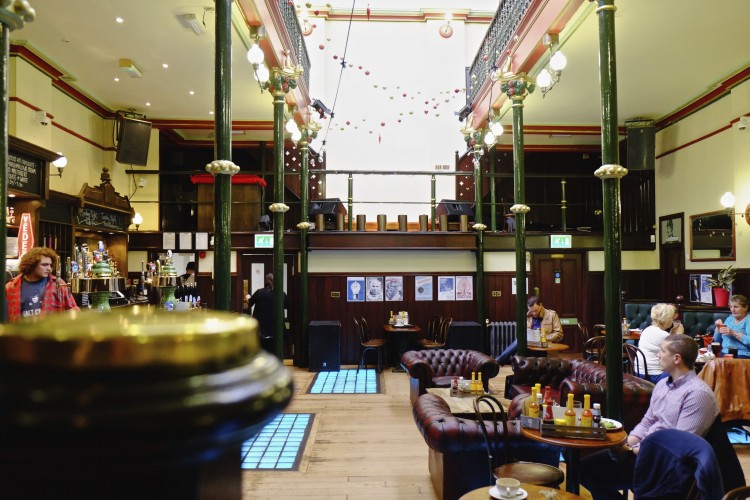 The food is worth an extra mention as it is smoked in house. The menu offers what you’d like in your bun or sandwich, beef, pork, chicken, beet or Portobello mushrooms with halloumi. Then it’s the simple task of choosing the type bread or salad followed by extras. I had pulled pork with jalapeños and caramelized onion, which was fantastic. The pork retains moisture in the slow cooking process and the smoky taint just perfect. They have a large range of beers too, so make sure you have a chat with the barman who is so good other barmen come to The Malt Cross for cellar keeping lessons. 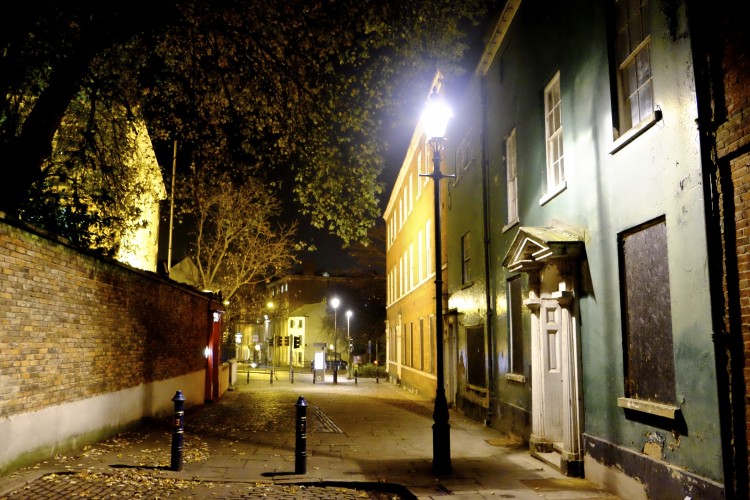 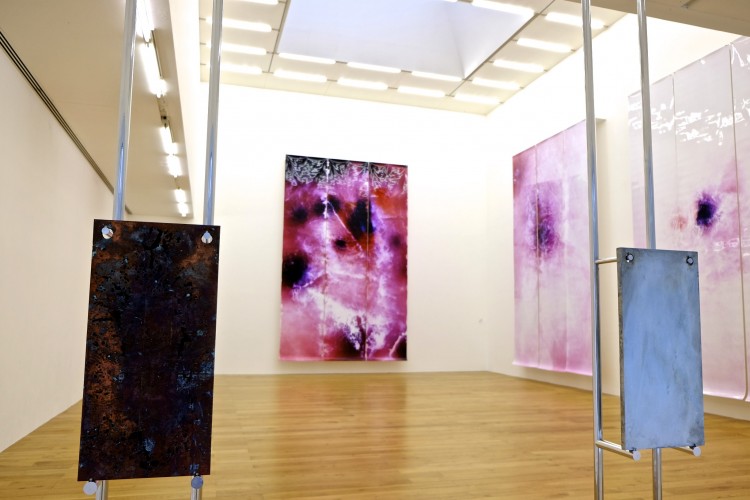 But it’s not just food and castles in Nottingham. A trip to The Contemporary is a must for all fans of modern art. With regular changing exhibitions it has been a real success over the last five years with over a million visitors. Lunchtime tours are held by the curator of an artist to guide you through the current cohort of art and they are free. 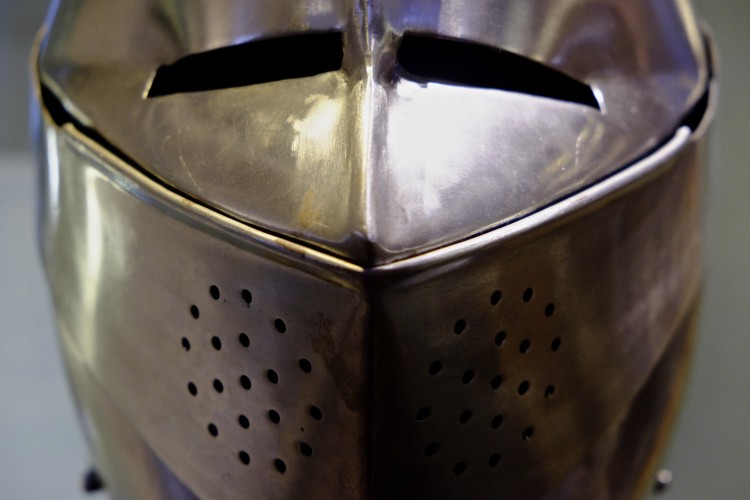 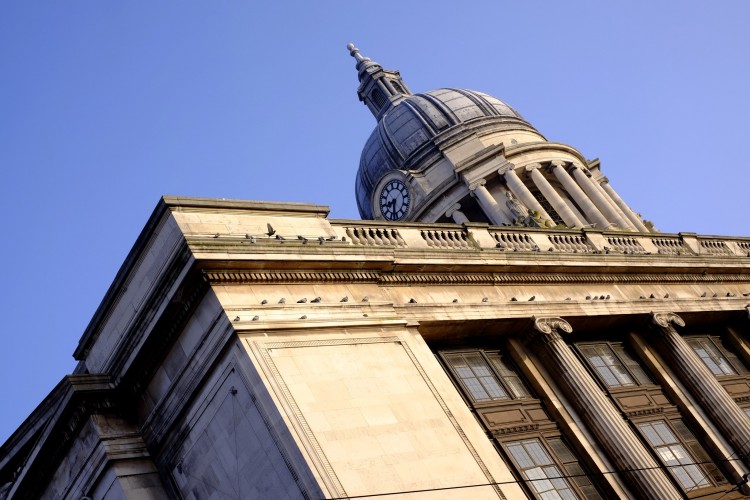 My visit was made all the more comfortable by staying at the St. James Hotel. This modern looking hotel is actually housed in an old building. It has been spruced up to match today’s expectations of a boutique hotel. The reception is all clean and modern lines with a rather nifty secret door behind the counter.

We are talking twinkling lights in the lift, bold statement wallpaper, a lounge and bar that has TVs with a warm fire flickering away on the screens. My suite had all the mod cons you could want; Jacuzzi with a TV above it, splendid shower with a generous showerhead, dining table, a couple of sofas, cocktail making equipment, and of course not forgetting that essential home from home, a piano. Yes I had a piano in my room, I did feel a little bit of pressure to try to compose something or at least tinkle a little with it. I can’t play very well at all but I had a go at being a rock star on 6th floor of this cool hotel looking out across the city hoping that nobody could hear my cacophony. I had no complaints so I think I got away with it. Incidentally don’t think you can steal from the rich to give to the poor, Nottingham still has a sheriff. 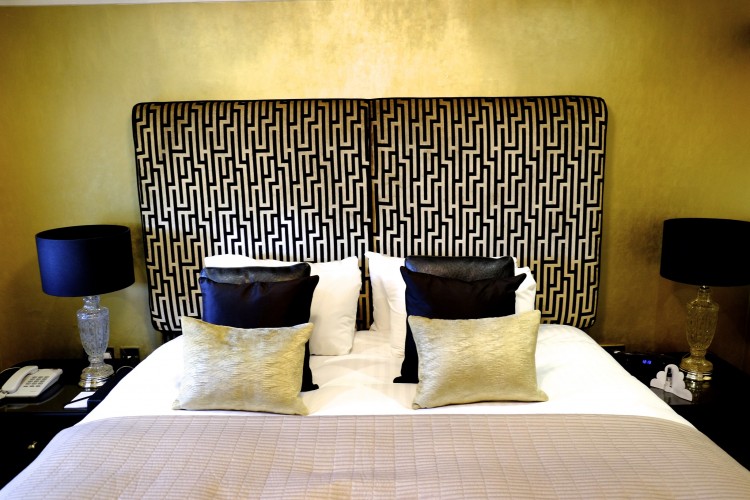 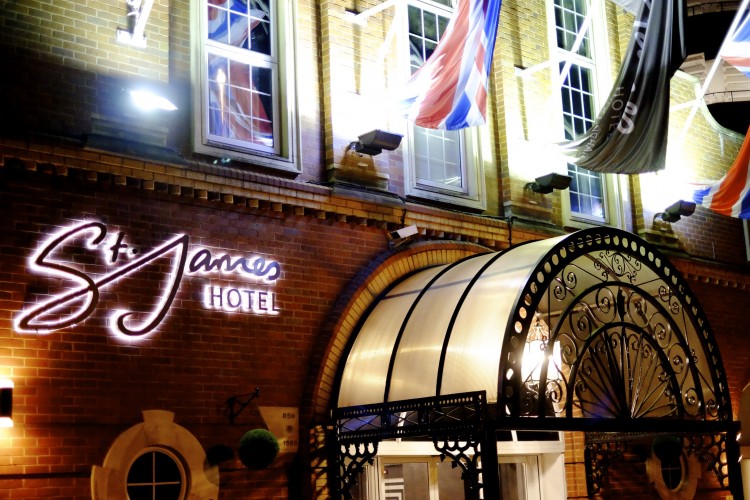 On the morning of my departure back to London on the East Midland Train line (which only took 100 minutes to St. Pancras with no changes) I came across a splendid cheese shop in St. Peter’s Gate. It turns out that the owner Rob Freckingham was a fellow judge at last year’s World Cheese Awards. We chatted about this year’s winner (Bath Blue) and nodded in approval that it had stayed in the country. It is a very well run shop with much to choose from but I only had one cheese in mind to take back home, a nice slab of the King of English Cheeses: Colston Bassett Stilton. Made not far from Nottingham it somehow tastes better closer to the source. So when you visit Nottingham make sure you call into a good deli or cheese shop and pick up a slice of classic British cheese, it’s what makes us great. 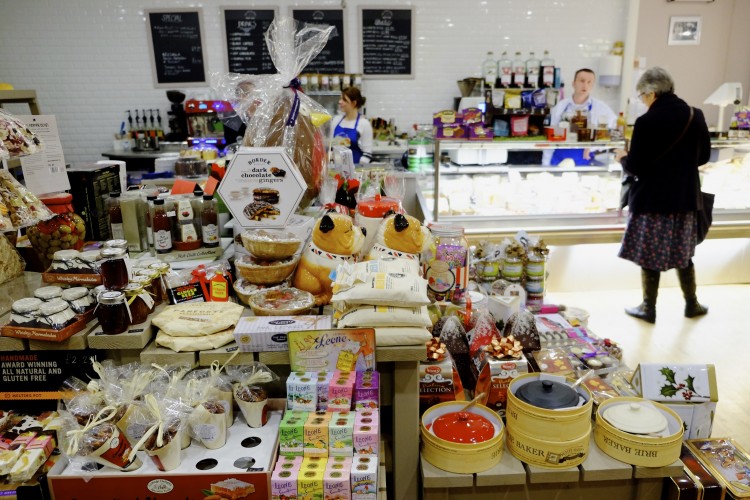 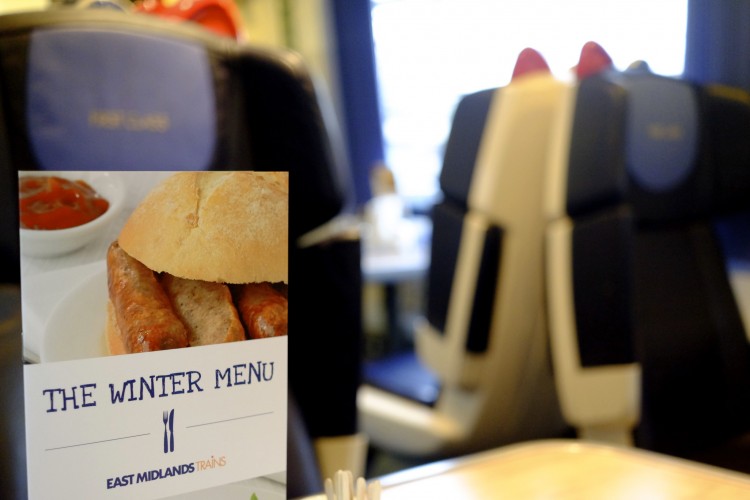 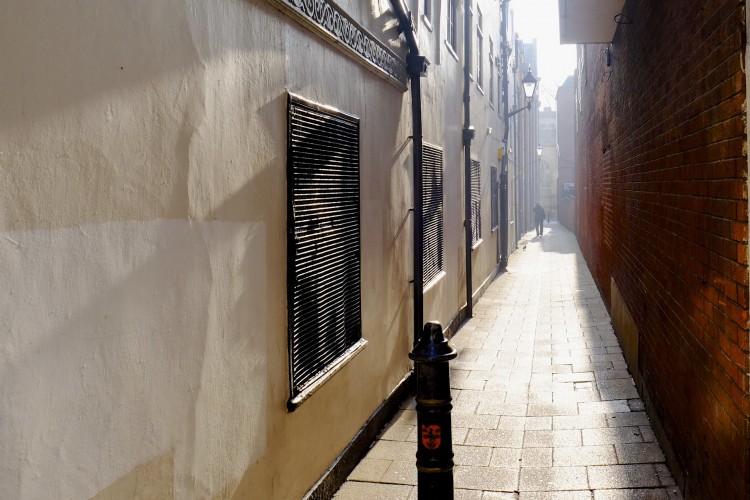