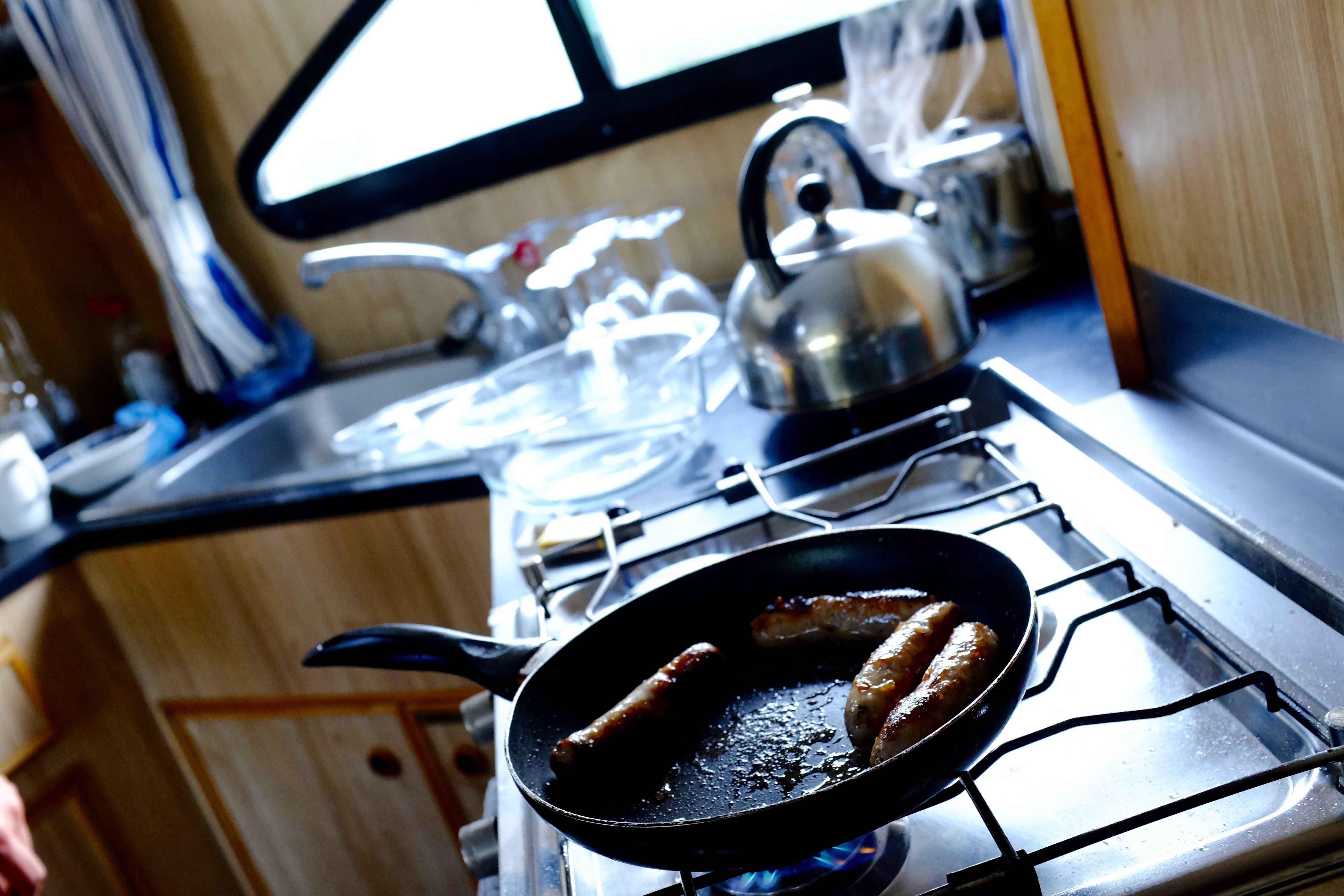 a Le Boat on The Thames 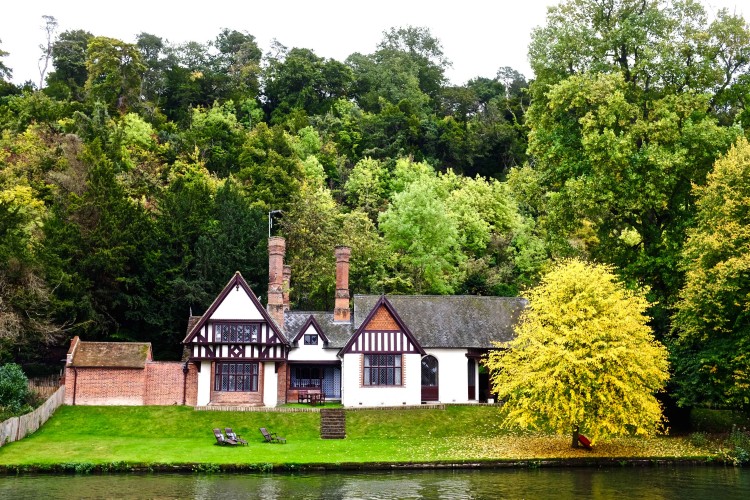 I wonder, when in 1908 the retired secretary of the Bank of England decided to jot down the bedtime stories he had told his son Alistair that he thought people would still be reading and talking about them over a 100 years later? That secretary was the author Kenneth Grahame and those stories became The Wind in the Willows. It has whimsy, camaraderie, morality and a certain Mr. Toad. It’s Rat and Mole that hold the story together and the anthropomorphised animals are still to my view alive and well on the splendid River Thames. You can see them at the locks and moorings along this beautiful stretch of pure English countryside. 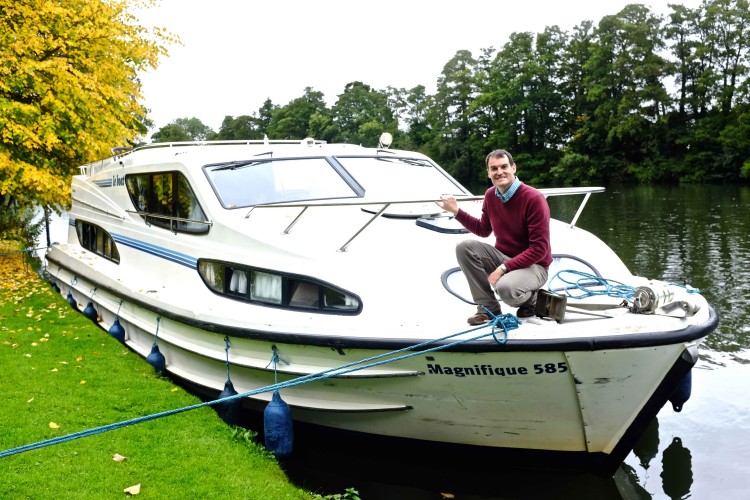 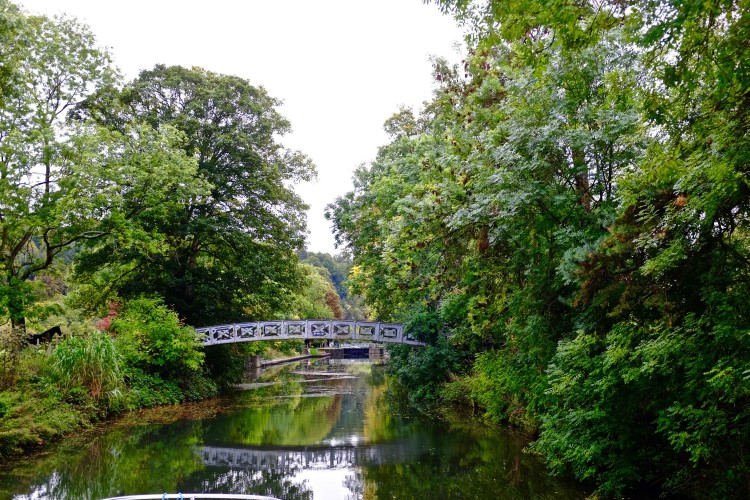 Le Boat is a company that will rent you a boat, any type of boat you like within reason so that you and your family can have your very own ‘messing about in boats’ memories. Since 1979 they have offered the dream of being able to drift along the riverbank (with a little tuition for the novice) for a few days or the whole summer it’s up to you. I chose autumn with beautiful golden hues everywhere and the calm waters of the Thames as flat as a mirror. 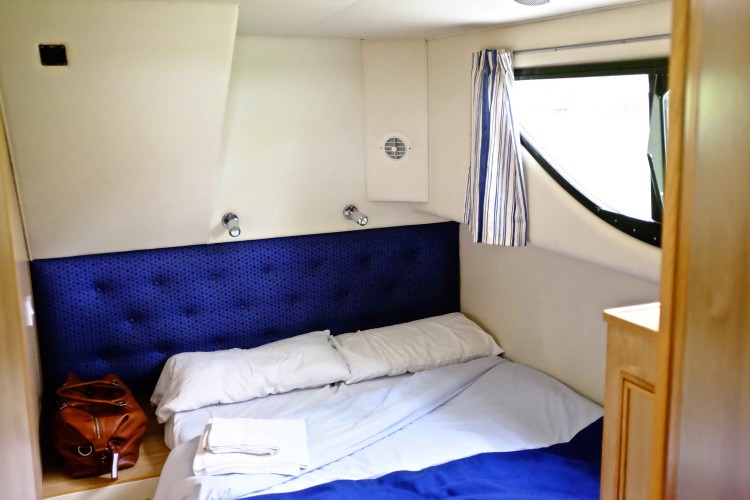 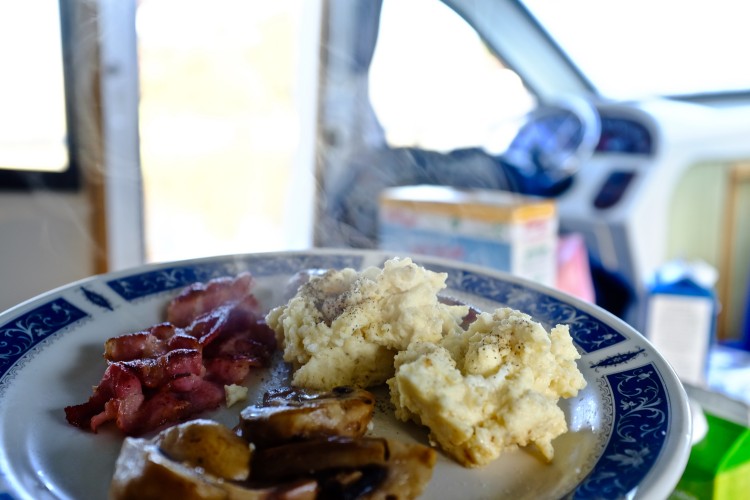 For some just the simple ‘drift’ of the current will be enough to relax and unwind but for me I fancied a little culinary diversion or two. The stretch of The Thames I’d chosen was very conveniently home to many fine eateries and hotels including a disproportionately large clutch of Michelin stars. 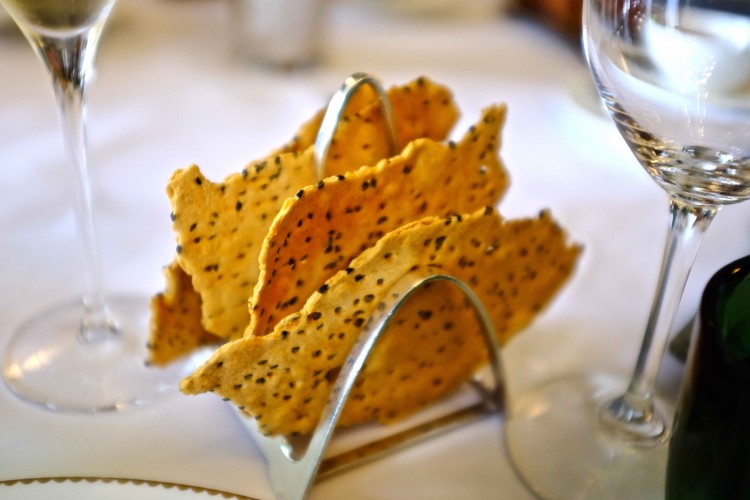 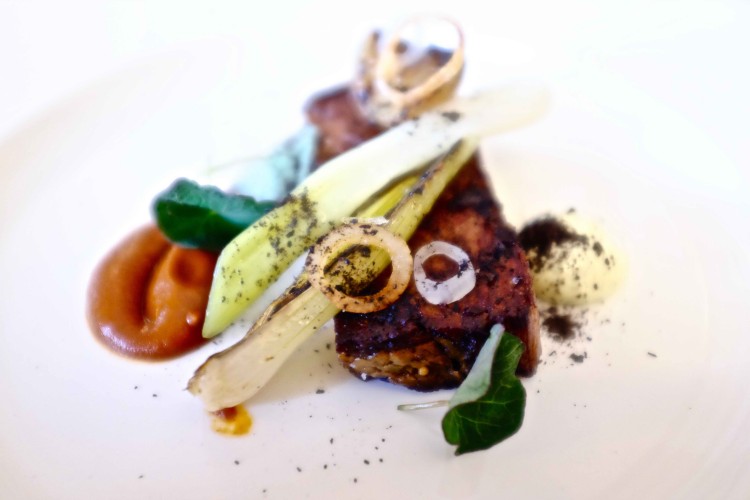 Cookham where I boarded my boat (one of 900 across Europe) is also where Kenneth Grahame lived. A lovely four-berth number called Magnifique. My cabin was comfortable and I had my own loo and sink which, when you pressed the right buttons and locked the right hatches became a shower room as well! The main eating area also could become sleeping quarters so the boat can easily accommodate 10 adventurous landlubbers. 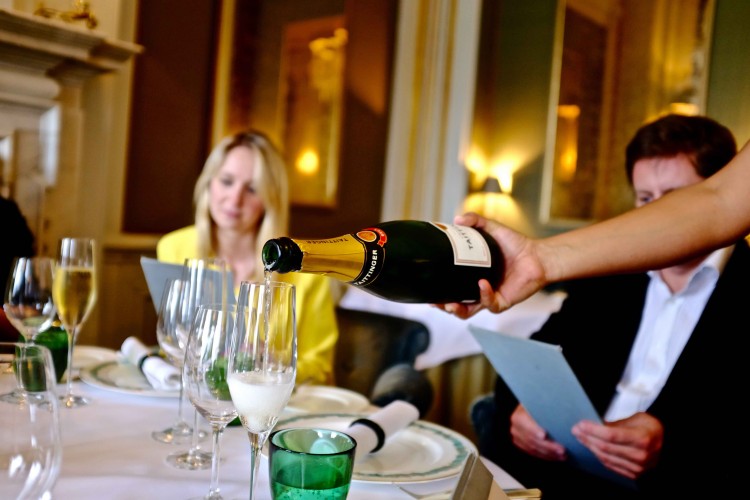 The calm that bestows one as soon as you get on board is quite magical, a serenity unfamiliar to city dwellers and very welcome to me. A little bit of tuition with locks and the like and we were off to Cliveden that infamous country seat that Christine Keeler, John Profumo and a Russian spy made so famous back in the early 60’s. These days it’s a classy hotel with grounds run by National Trust.

We moored up on their grounds and were met by a couple of black 4 wheel drives. This is how movie stars arrive (actually it was very easy to arrange with a phone call to the hotel) and were swept up to André Garrett’s restaurant. The dining room is a grand affair and offers superb service and food. There’s a tasting menu of eight course on offer but I chose a more restrained three course a la carte (I knew about the evening’s arrangements and didn’t want to peak early)! 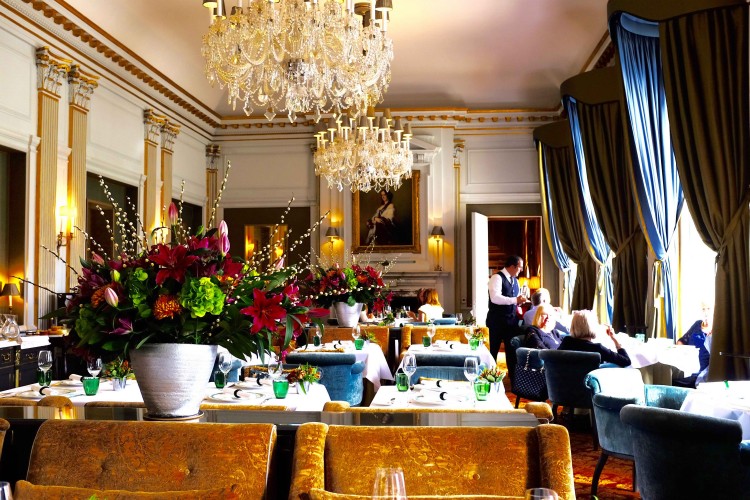 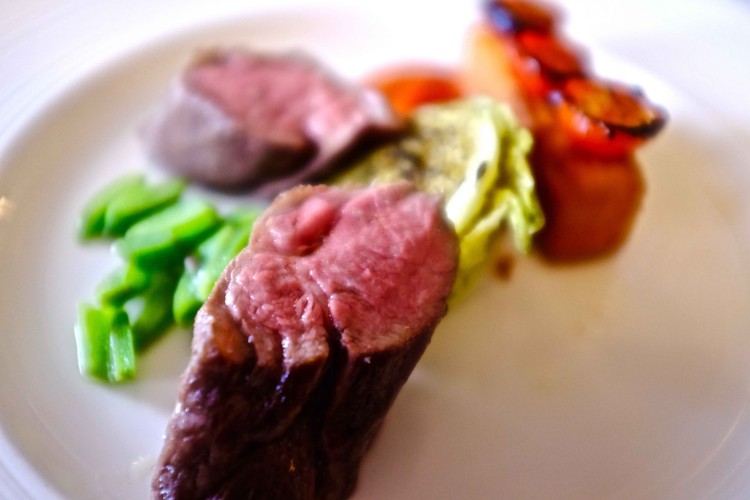 Offering the sort of meal that you don’t really want to end I enjoyed a little amuse bouche of pepper mousse with divine biscuits, some slow cooked beef brisket followed by Devon lamb neck fillet and a hearty selection of cheese. A fab lunch – a walk was called for. 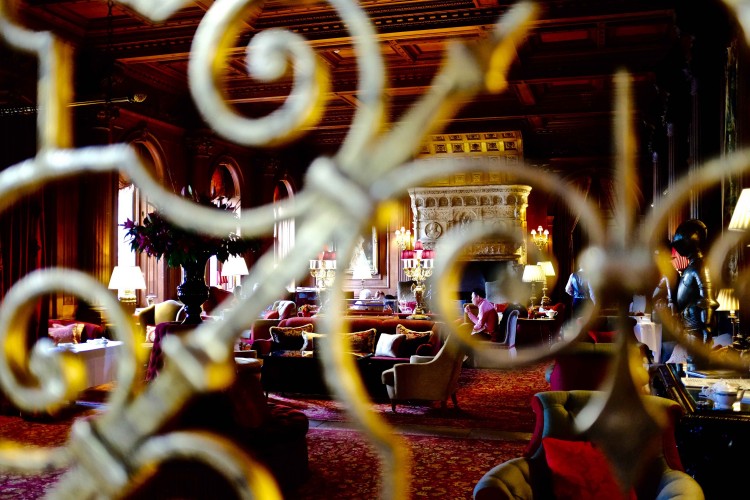 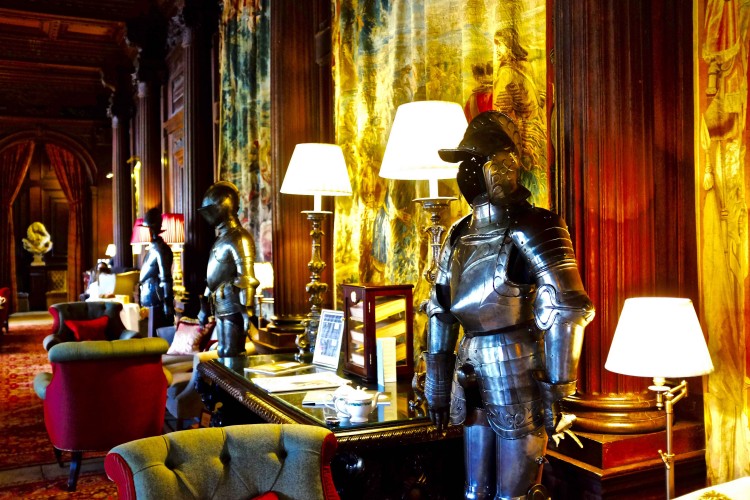 The grounds extend to 376 acres and like the house, are grade I listed. Looked after by an army of gardeners it is like a giant marquetry work of art. The borders are neat and tidy with not a blade of grass out of place or flower not looking gorgeous. I loved the dramatic giant topiary dotted around and the maze is great to get lost in (or lose a noisy child for ten minutes). It really is something to stroll around and share that memory with the great and the good that have walked before you.

Once the countryseat of the Astors, visitors such as Charlie Chaplin, George Bernard Shaw, Mahatma Gandhi and Winston Churchill were frequent guests. These days you don’t have to be famous (or infamous) to get a table or room for the night. It’s well worth it to experience the luxury of a grand country house that you call your own for a day or two. 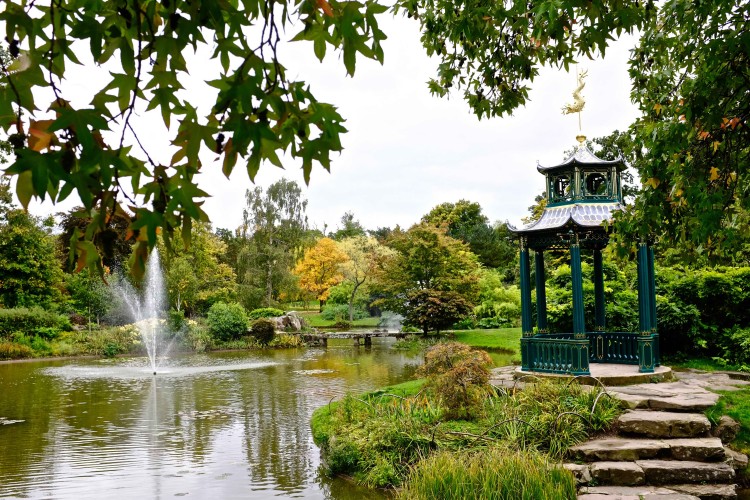 Back on the boat it was time for a little snooze after lunch and a good walk. One of my companions was at the helm so we meandered along the river to the gastro epicenter that is Bray. Famed for the Roux brothers Waterside Inn and latterly Heston Blumenthal it was I’m sure once a quiet village but now is a honey pot for local cab firms picking and dropping off fares at the various offerings. 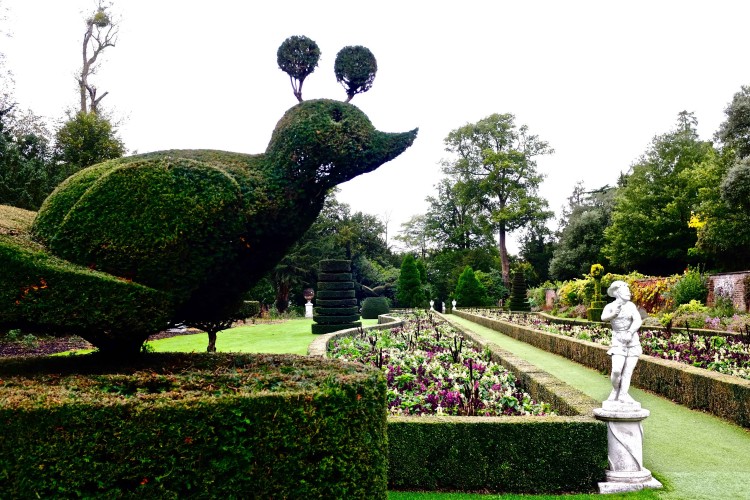 Taking it easy I elected to tryout The Hinds Head, Heston’s other offering after The Fat Duck. Michelin starred in its own right it is a classic 15th century pub that has thankfully remained unchanged in appearance. It’s all wooden beams and thick curtains inside. Warm and cosy would describe it perfectly. The food as you would expect is very good. Highlights included a chicken, ham and leek pie and an excellent Scotch egg. But what a lot of people come for is a portion of those famed triple cooked chips. I can confirm they are worth the journey, crisp on the outside with a crunch to alarm your dentist and fluffy and light on the inside. Probably one of the best value items on the menu in any Michelin gaff anywhere, at £4.75. 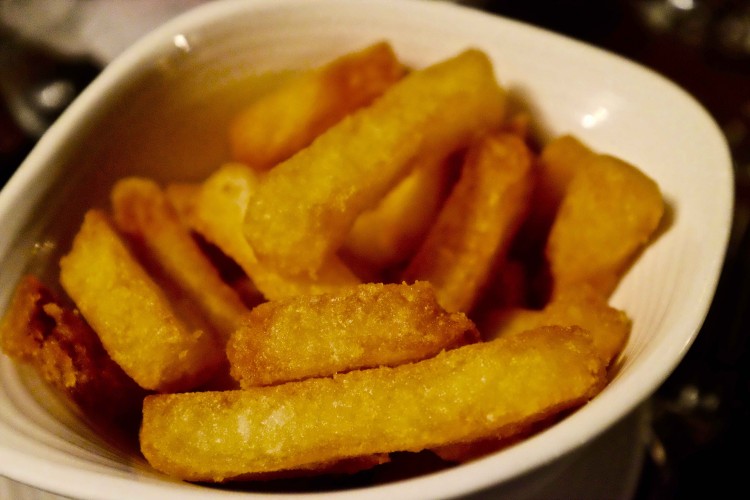 Sleeping on a boat is slightly different to messing about in the daytime. It can get chilly (no problem, plenty of blankets and duvets on board) and it becomes eerily quiet with just a gentle lapping of the water inches from ones head. I had a window with which to watch the lights shimmer and see the odd star through. 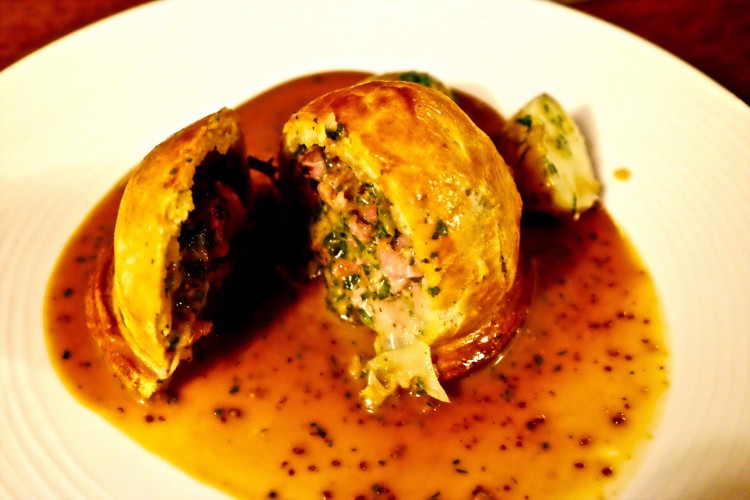 I was woken by the bark of a distant coxswain giving his eight hell early on the water. We were in rowing country and while the city sleeps the river wakes up early to sound of the ‘engine room’ grunting and ‘hammer’ doing his stuff. It was a great sight seeing the oars cutting the water with a military precision watched only by the local swans and myself. 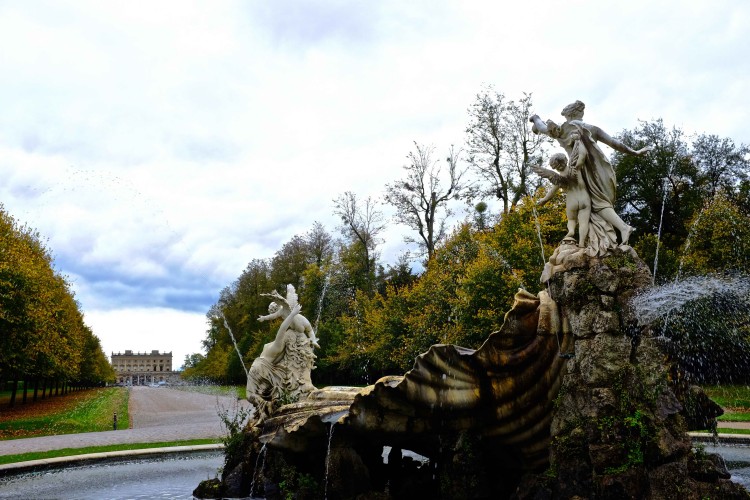 Breakfast is an event on a boat. Somebody goes off to get provisions or if your organised you’ll have them with you. There was a fridge, grill and proper oven in the ample kitchen or galley area. So with the same cunning as a modern Winnebago the table is erected providing a large U shaped booth for us all to sit in and revel in the smugness that is having a cooked breakfast with a fresh cup of tea on a boat. 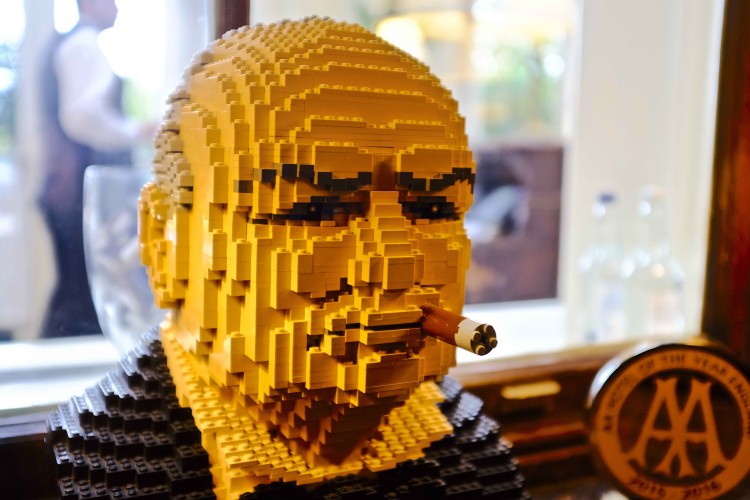 There are many characters who inhabit the river some like badger are illusive and don’t like visitors (often found living in barges), some like mole are genial and willing to learn the ways of the river. Others (usually with new flash boats) are like toad – honing their skills with the latest fad to take their fancy. And then there is the everyman rat, who wants to learn and loves the river and its ways (responsible holidaymakers). 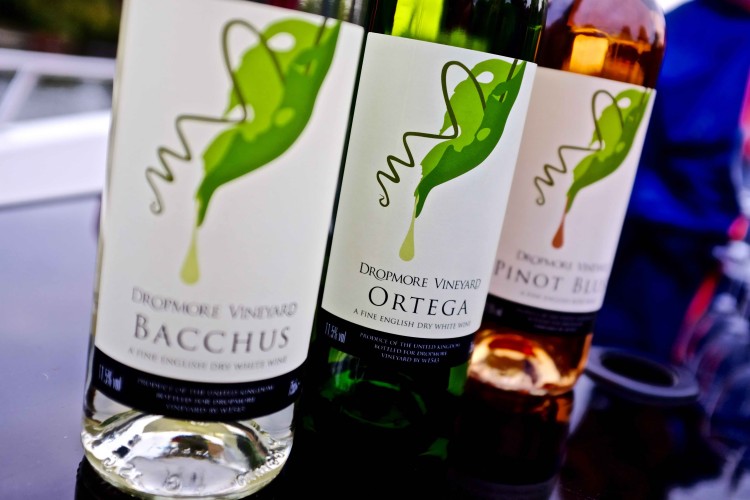 On my travels I came across John Peterson who is the rarest of people – he produces wines in just three acres of land behind 17th century farmhouse. Dropmore Vineyard is just 30 miles from London and unbelievably with a Slough postcode he produces award-winning wines using five grape varieties. With the first harvest in 2010 his Ortega, a white wine was particularly agreeable. John is an engaging character who would not be out of place in Wind in the Willows. If you contact him he can come up to your boat bringing samples and hold tastings for you. How civilised is that? 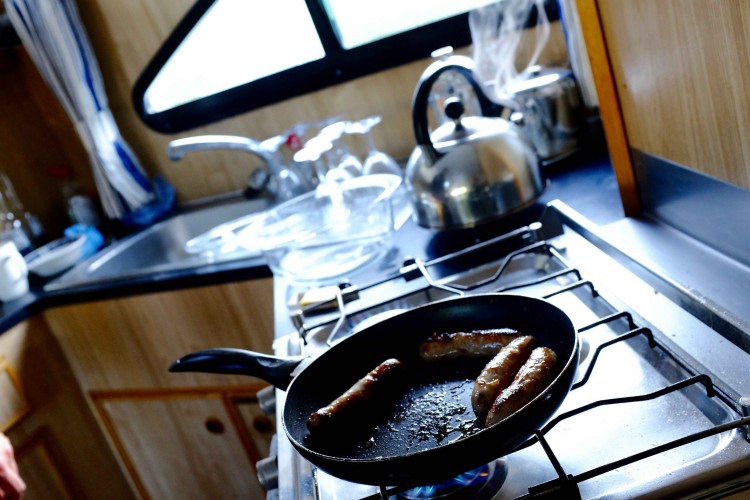 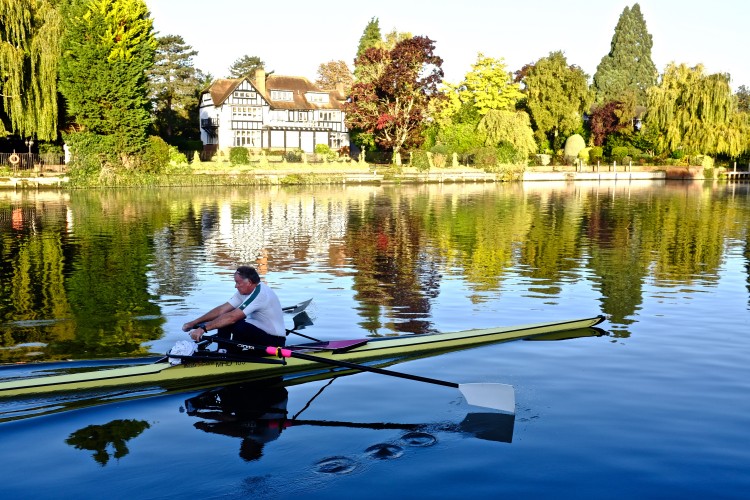 But it’s not all food and drink on the river. I called into the Stanley Spencer Gallery in Cookham described as one of the ‘top five small galleries’ by the Art Fund in 2014. It is a celebration of Spencer’s work and life in Cookham that he called his ‘village in heaven’. As well as being a major war artist Spencer is also known for his depiction of biblical scenes set in Cookham. There are plenty of permanent paintings in the gallery as well as some on loan it seems fitting given his style that the gallery is housed in a converted chapel. 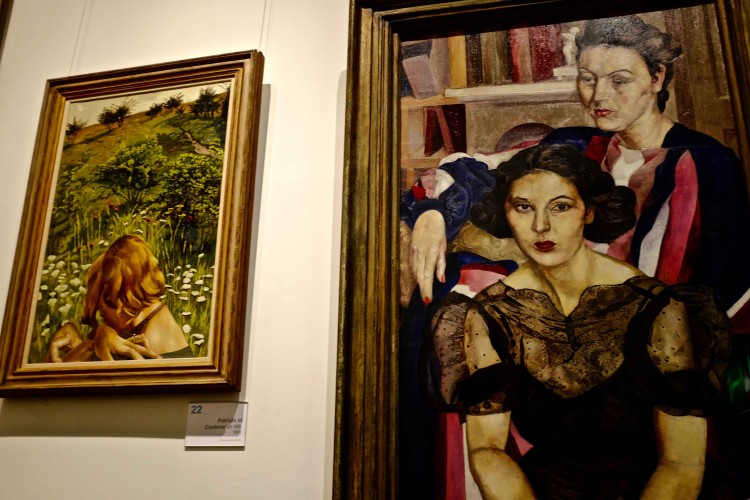 I had the good fortune to navigate my way along the river with the assistance of the extremely helpful and extensive ‘A Complete Guide to Boating Holidays on UK’s Most Famous River’ written by Le Boat’s marketing manager Colin Salt. He travelled the length of the river noting all the attractions, locks, pubs, restaurants, fuel points you name it he has recorded it in this invaluable book. Needless to say you get one when you hire a boat. It will also help you plan days out to nearby attractions that can keep your kids happy as well as older members of the family. 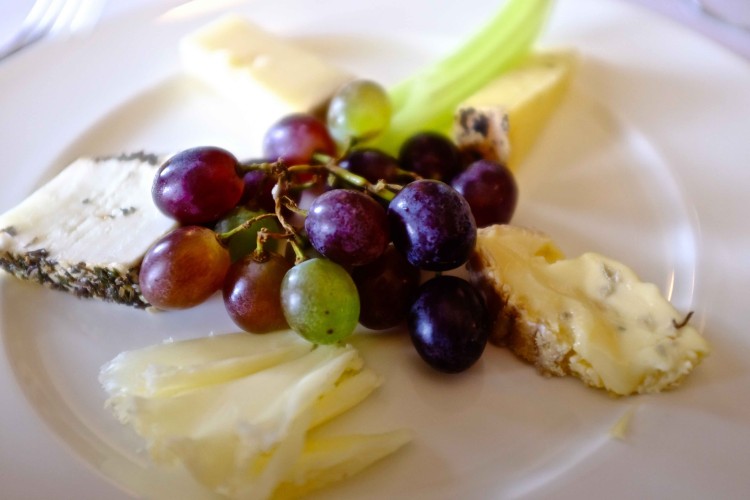 I thoroughly enjoyed my time on the Magnifique and the Thames. It was a time to unwind and take stock of what’s important in life and enjoy some of life’s good things, which are centered on the river. As Kenneth Grahame so aptly put it “There is nothing, absolute anything half so much worth doing as simply messing about in boats.” 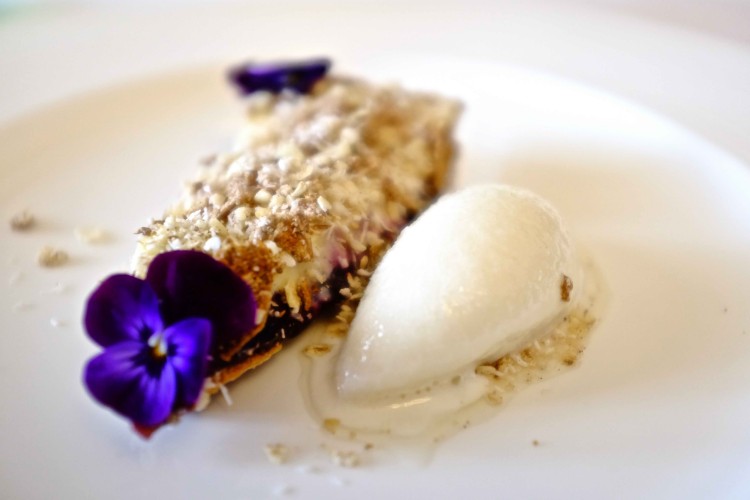