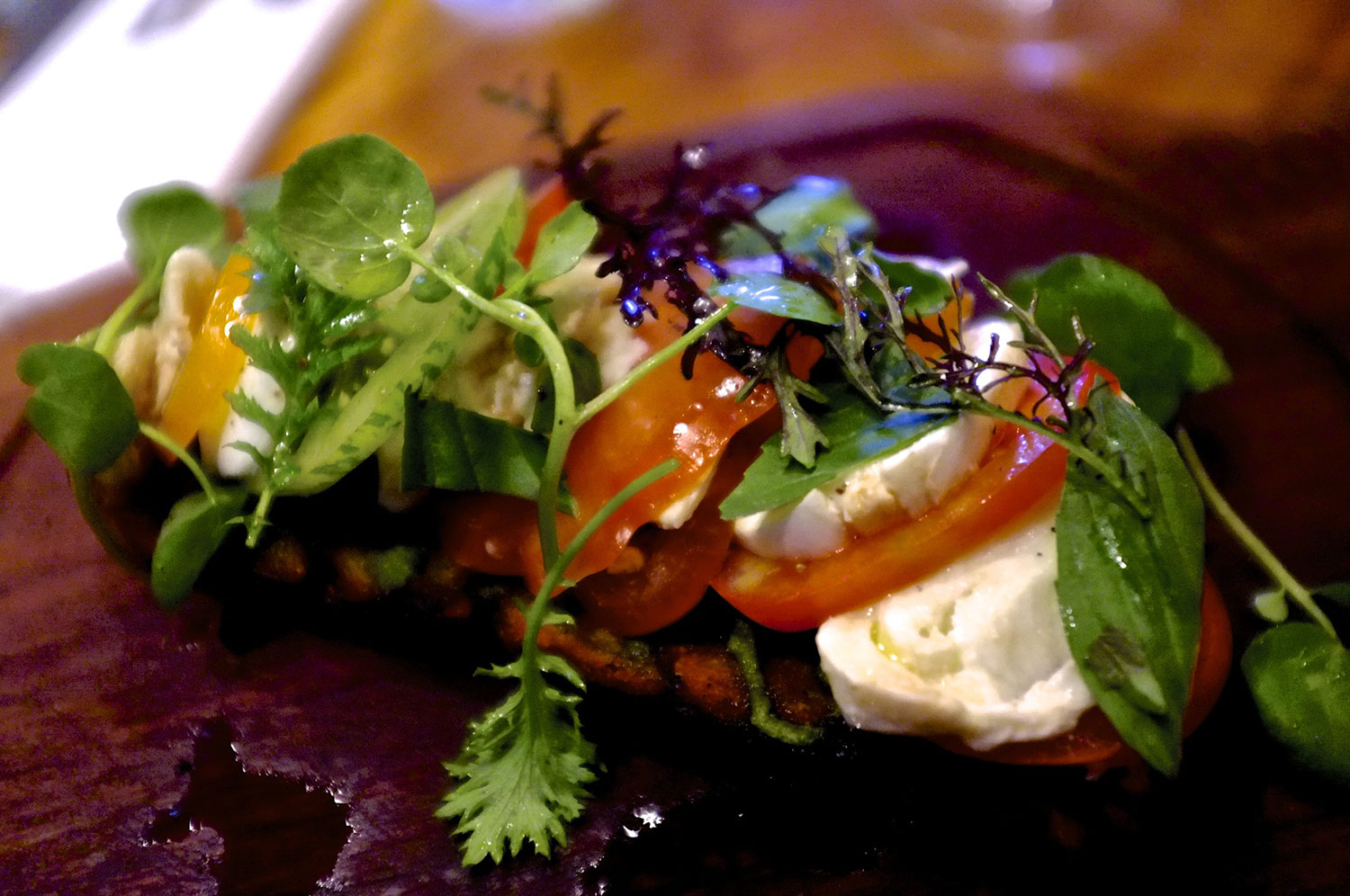 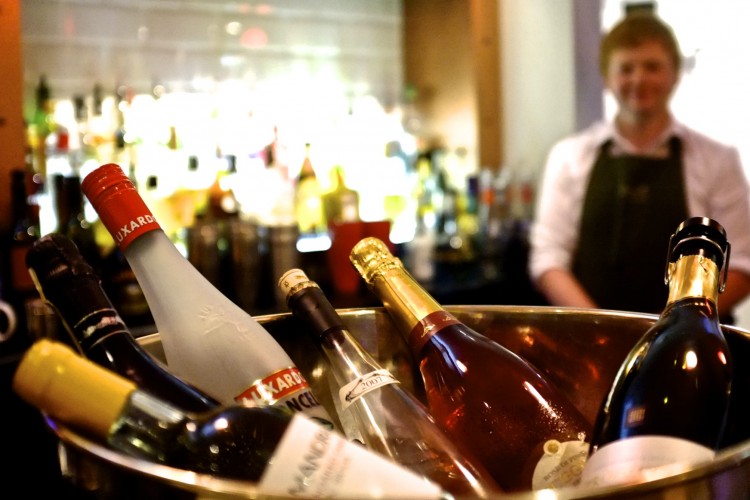 The passion that shines through here is palpable.  Paul Ainsworth has stamped his trademarks of quality and local produce firmly on the Padstow map yet again.  Having opened Paul Ainsworth at No. 6 seven years ago and earned himself a Michelin Star in the process it is a delight to see him turn his hand to something that Padstow was really lacking, a quality independent mid ranged Italian restaurant.  Although he does like to refer to it as Italian influenced dining with Cornish produce.  Either way the evidence is there.  It’s really busy all year round. 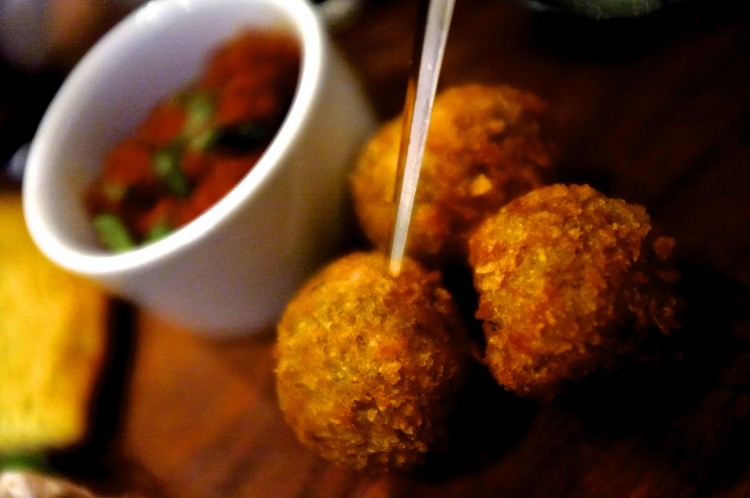 It sits on a small lane that really shouldn’t be called a square at all, like a lot of Padstow, blink and you might miss it.  You can eat outside in warmer weather or on two levels inside.  I was upstairs on the mezzanine that felt cosy and not too far from the cocktail bar. 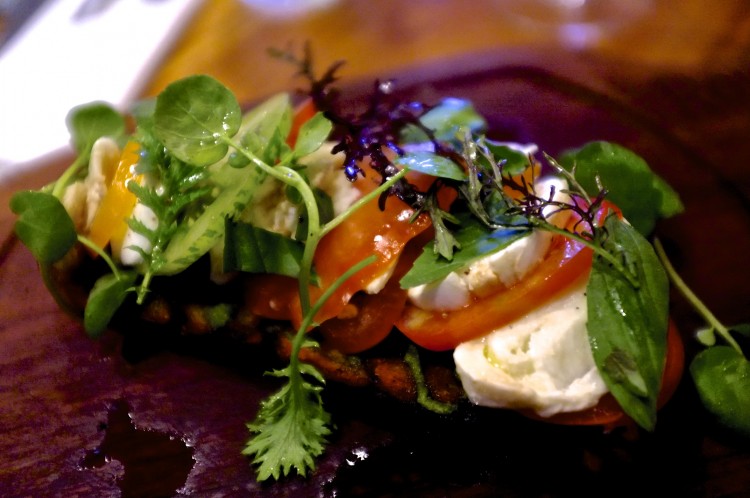 The menu is large and covers a lot of ground and there are a few specials offered daily.  The bruchetta was a special, it was faultless, crispy, fresh mozzarella with tomatoes and a little chefy thing that Mr. Ainsworth can’t help himself doing, adorning it with beautiful micro herbs dancing across the plate. It looked and tasted wonderful.  I also had the opportunity to dive into a few other starters.  The calamari with an Italian Tarter Sauce was my favourite.  I had seen Paul at a food demonstration earlier in the day at The Rock Oyster Festival and it had intrigued me.  The Tarter has oysters in it, which is a good way to eat them with calamari, which was so crisp on the outside and tender inside.  The Sicilian Arancini had been made with care.  The risotto balls were stuffed with mozzarella and a little truffle oil.  Crunchy and hot they were served with a spicy tomato sauce. 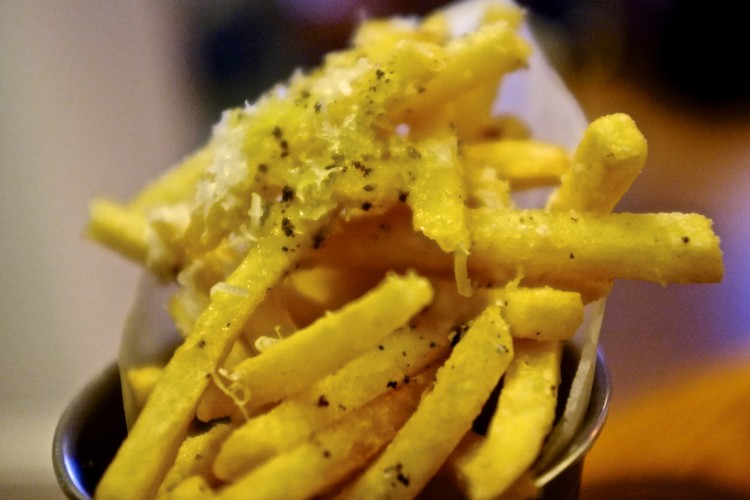 The charcuterie ‘plank’ as it is known also had an air of authority.  Delicately placed slices of cured meat that really is made for sharing.  Five meats with a little fondue and some rosemary toast make it a meal on its own. 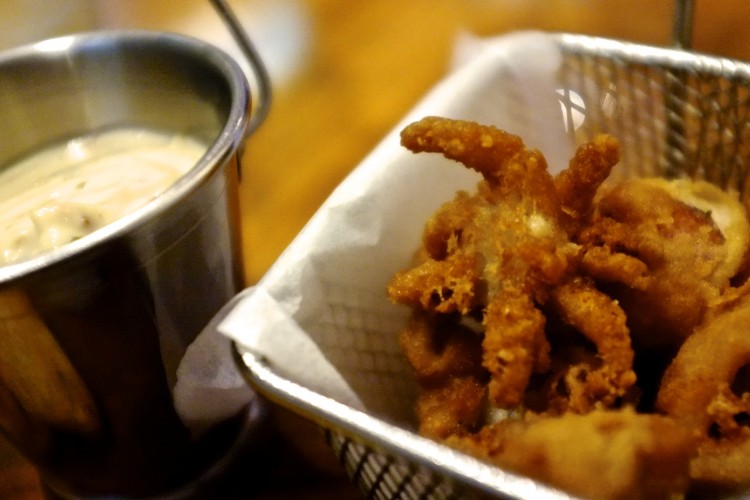 The lively Saturday evening crowd gave the place vigor and was not too intrusive.  There are quite a few little corners to hide away in at Rojano’s.  A big plus in my view, there is nothing worse than walking into a large regular space where you can see everything from the door.  Food should be a journey and in a small way so should the restaurant where you eat it also fulfill that remit. 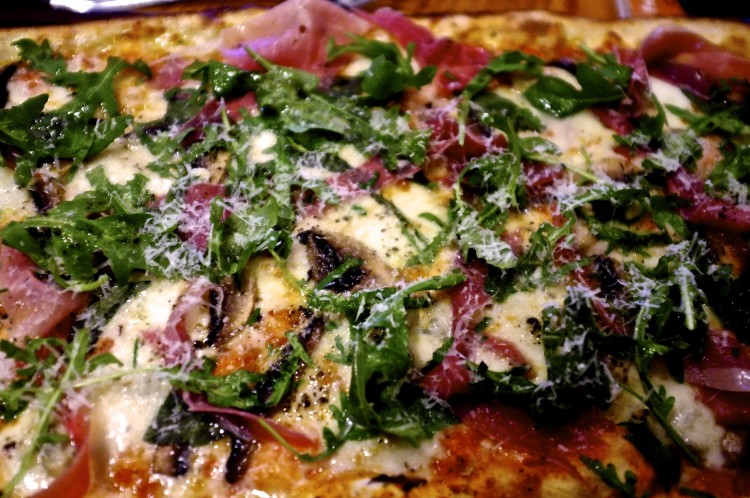 The main I had ordered was a pizza Al Tartufo, which had a truffle and sourdough base with mushrooms, Parma Ham and Gorgonzola.  I had been warned that it was “quite large sir” but foolishly I just dismissed the warning and said “I’m hungry” Big mistake.  Big pizza!  The size is hard to recall exactly but I don’t think I’d be far off by saying it was 14” X 24” (that’s inches to the younger reader).  Which frankly is enormous.  This is definitely one for sharing.  Do you know what was the saddest part of this gluttony?  It was that I was unable to finish it and I really wanted to!  It defeated me (that does not happen too often).  The sides that arrived with this leviathan of a pizza were great, Parmesan chips with a hint of truffle and good homemade coleslaw, which helped with the acidity of the Gorgonzola. 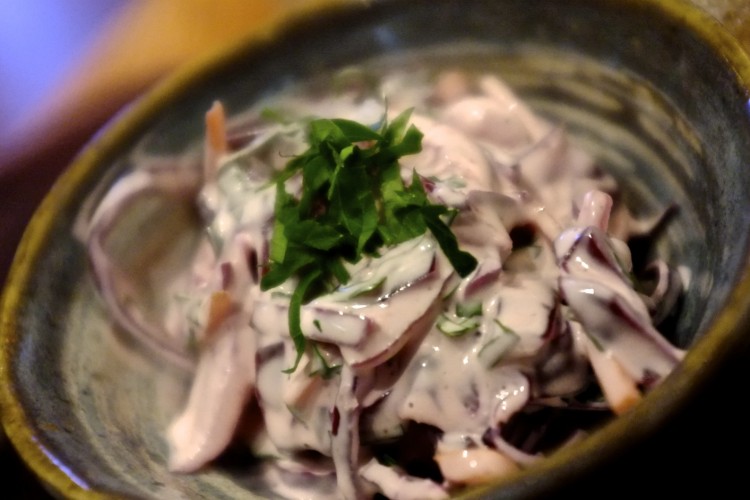 My journey was coming to an end but there was still that not always trodden path of dessert.  The food had been so good so far I had to try something.  I just glanced at the menu and arbitrarily picked something knowing full well I could never eat it all.  My blind man’s buff of a choice was marmalade cheesecake, inverted.  So a bowl of broke biscuits is what you see but as you delve deeper the secrets are apparent.  This again ‘broke’ me but it was lovely and sharp.  Made with Seville oranges that bitterness is perfect with the sweet cream middle.  A simple and effective balance, loved it. 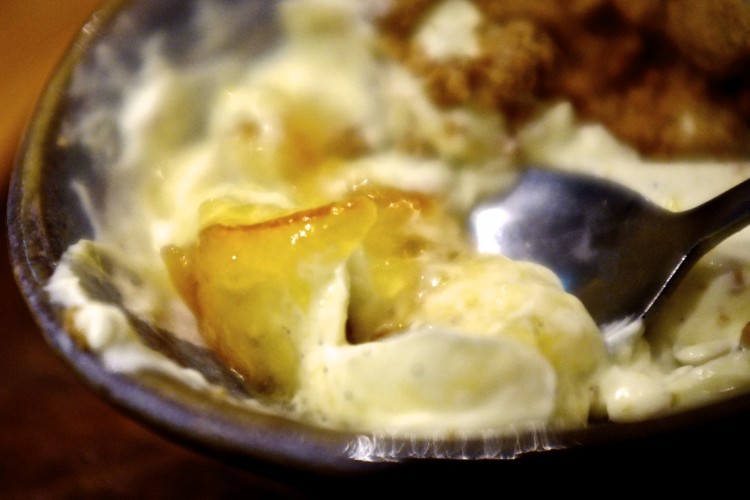 So there were no roads left to travel even if I wanted to.  Rojano’s does a great job at being Italian in Cornwall.  Yes, most of the ingredients are Cornish but there are a few exemptions.  The pasta is from Italy made with spring water in Abruzzo, where all the wheat is grown.  I can forgive Paul for this, as it is the best ingredient for the job.   Rojano’s just wouldn’t work if the quality of ingredients didn’t usurp geography.