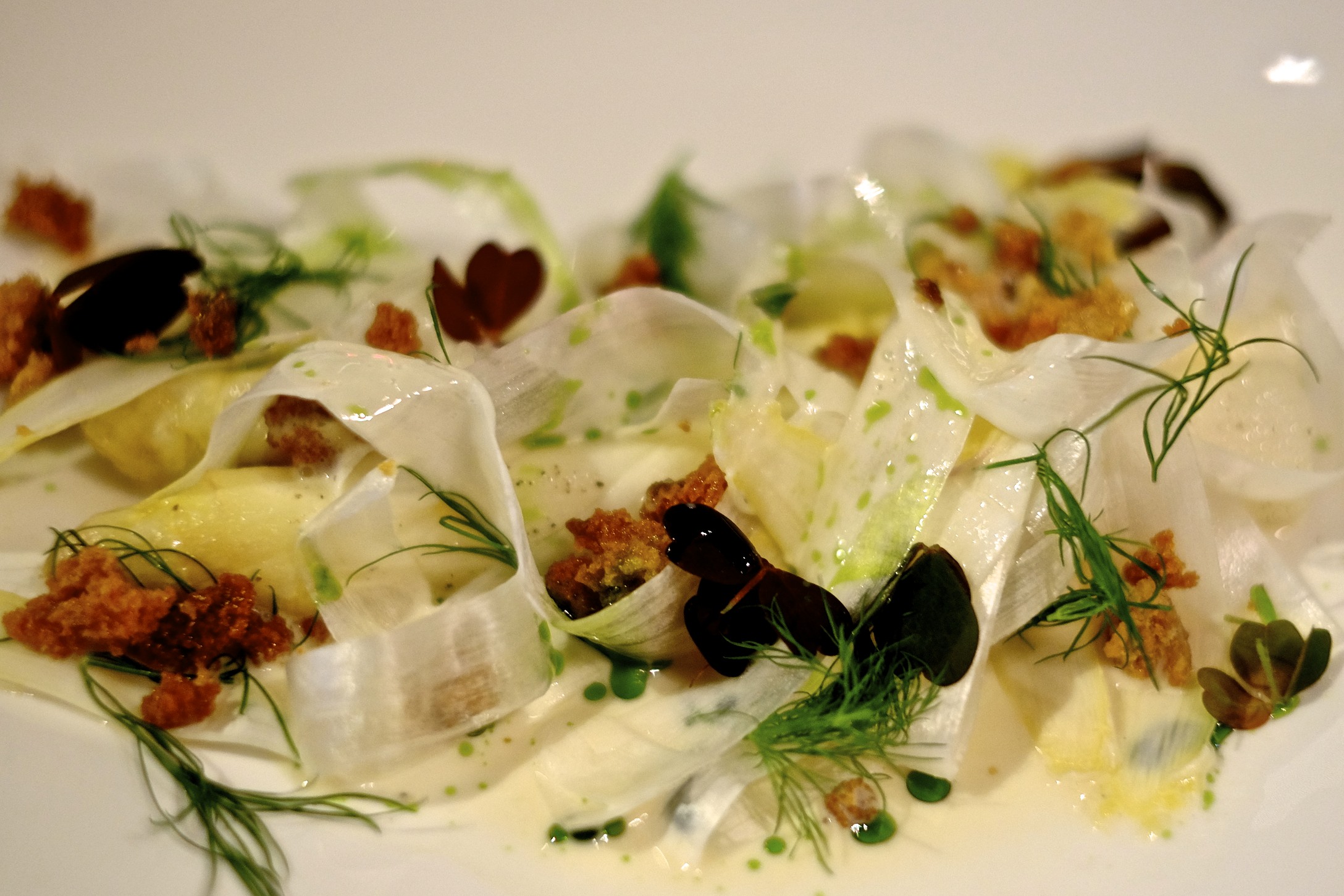 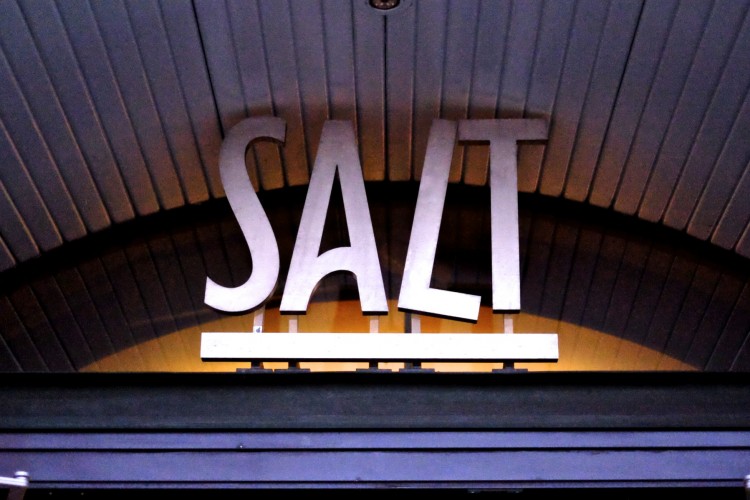 ​Salt is not where it all started but it has been a long player in the ‘new’ Nordic food dogma, a singular condiment if you will. Located in an old warehouse underneath The Admiral Hotel, it’s in an enviable location looking out towards the newish Opera house. The same Opera House that has a roof that covers the area of three football pitches. Copenhagen has space that’s for sure and it knows how to use it. 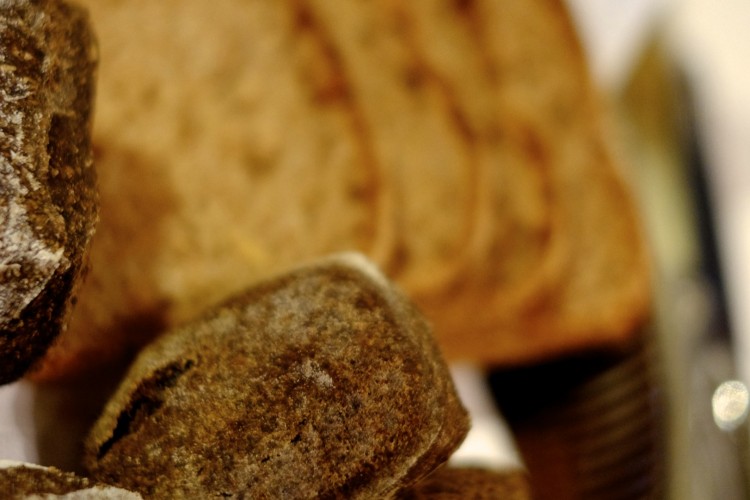 ​We went the night after a farcical meal at Nimb’s, so we were in need of a decent meal and a moral pick me up. Sir Terence Conran designs salt’s interiors, I don’t know how he finds the time, he, seems to have been busy designing great things since birth. His concept pays full hommage to the building’s past with the giant thick oak beams left in place and rough brick on show and a tidy slate floor. Slightly angled mirrors sit above the banquettes that form the perimeter and allow a glimpse of one’s self or indeed others across the room in an almost surreptitiously naughty way. 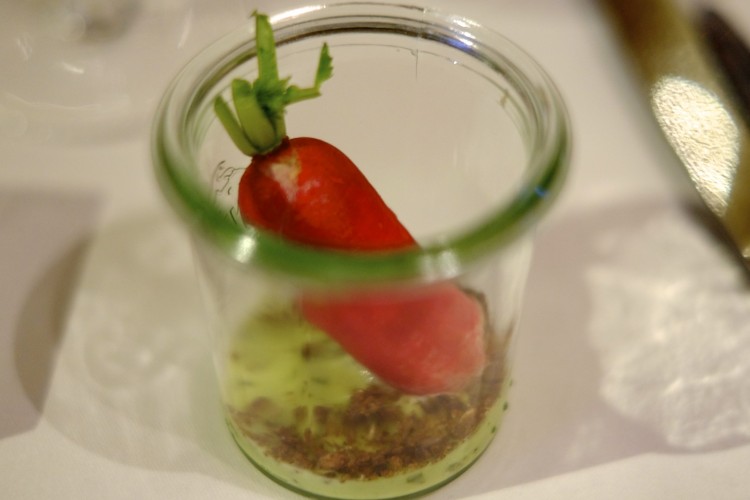 The menu is Spartan as is the Nordic way. An adequate a la carte was interesting, but we felt the way to go was with the set menu it seemed more robust somehow. The pass and kitchen are on full display here and although the food was excellent our waiter informed us that there would be ‘stars’ for Salt as it has too many covers, over 120. Well I tend to disagree; many Michelin establishments prepare most of their award winning fare earlier in the day and heat to order as well as cooking many things from fresh. It is not insurmountable that this could happen. 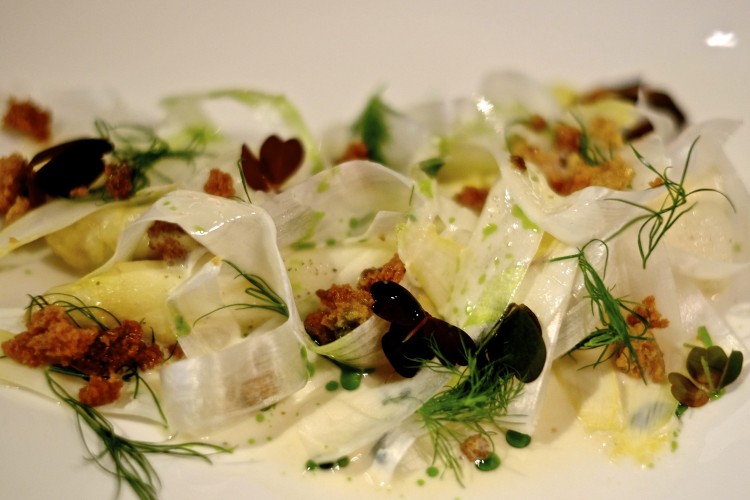 The four course set menu we chose ran for a month another nod to seasonality. A little amuse bouche of fresh radish in a jam jar with a spiced mayonnaise dip at the bottom. The first course was very seasonal, white poached asparagus with dill, croutons and smoke. There was also a little cream that brought it all together. The asparagus had real texture and the dill/cream combination worked well. It tasted like and felt like a high-end starter in a very good vegetarian restaurant. Our waiter explained or rather stated what each dish was as it was served. His English was not as strong as others but 99% better than my Danish so we couldn’t complain. 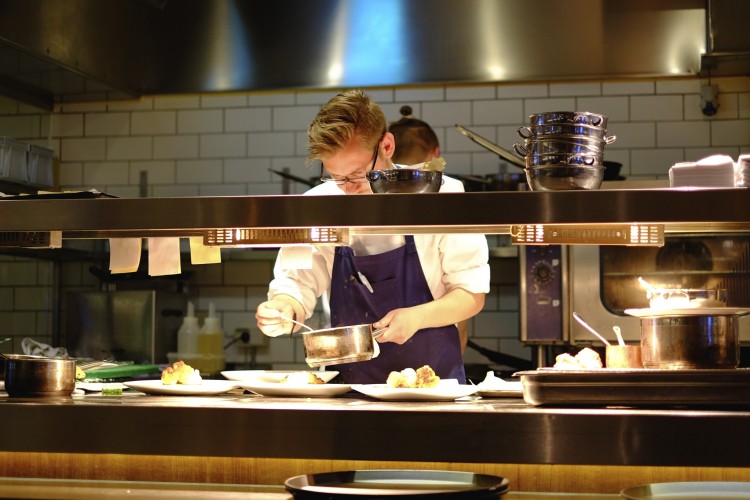 The next section was something that M had opted out of, a cured Norwegian Lobster salad with new potatoes and ‘old-fashioned’ cream dressing. This had a real freshness about it; the cured lobster tasted of the sea and was not too strong. A simple salad with new potatoes with that old school dressing did their job well. It wasn’t too large so left room for more. 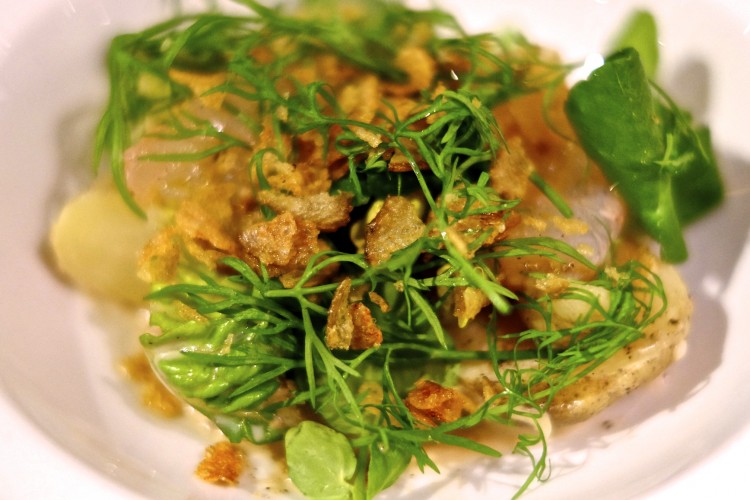 M was back in the game for the next round, the main course. This four-course menu was like a tasting menu but with larger portions. So when our fried tenderloin of free-range pork with green asparagus, onion and rhubarb arrived is was a pleasant surprise to see such a large plate of food. The pork was brilliantly cooked with just the slightest hint of pink and as tender as you like. It seemed strange to have asparagus again in the same set menu but here it is all about seasonality and tasting the two in one sitting there was a marked difference in both texture and taste. The white had a muted taste and was all about its strength and texture the green was that intense spring flavour of asparagus with a soft almost melts in the mouth quality. The rhubarb was a good match for the sweet pork. This dish was a complete success with possibly a little extra jus it could have been brilliant. 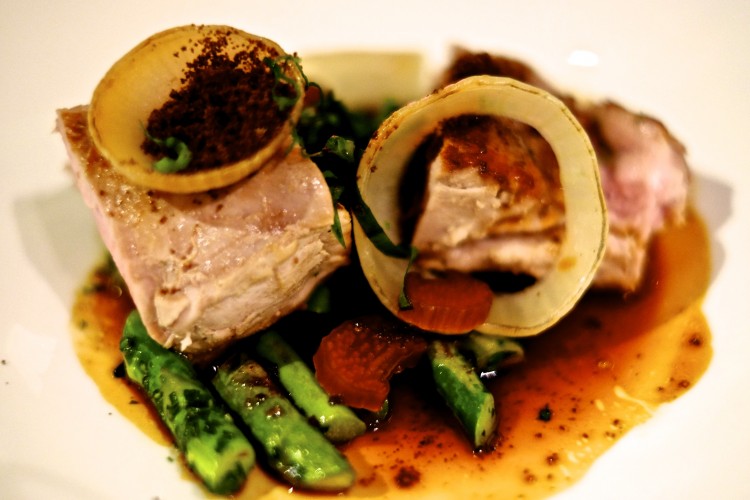 Dessert was way off the well-trodden path and quite a curious choice, a lime infused ice cream with a dill foam and vanilla cucumber. There was a bit of texture in there too in the form of some biscuits and …. Sounds a bit weird and it was but curiously refreshing a bit like you’d think the contents of a Pimms at Henley wouldn’t work but it does. This was a tart, sharp piece of work with a slight hint of something sweeter, maybe a Scandi thriller in the making. 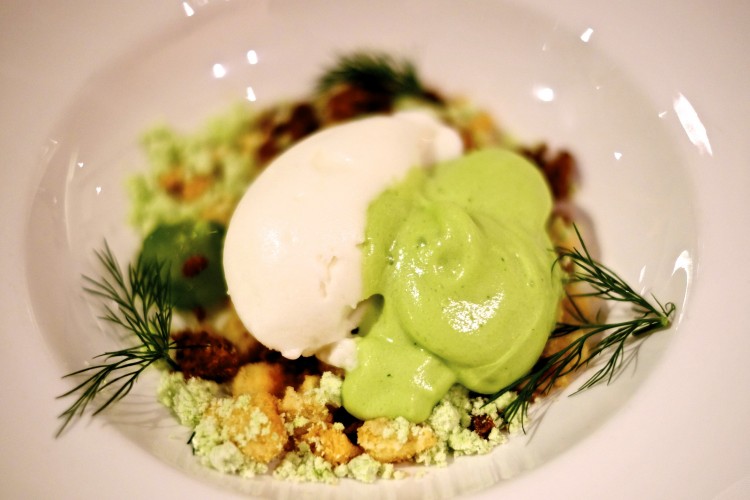 The final thing to say about Salt is that they take salt very seriously. No surprise you’d think but with the selection of excellent breads you receive three salts in a special tray. Leaso which is made on the Danish island of the same name, Guerande from the Atlantic mouth of the Loire valley and to my great surprise and pleasure they have salt from Malden in Essex. All are, in their eyes artisan salts that do a different job for many ingredients. The structure of say the pyramid crystals in Malden is considered one of the most beautiful in the world of salt. Who knew there was a world of salt out there with its adoring admirers? 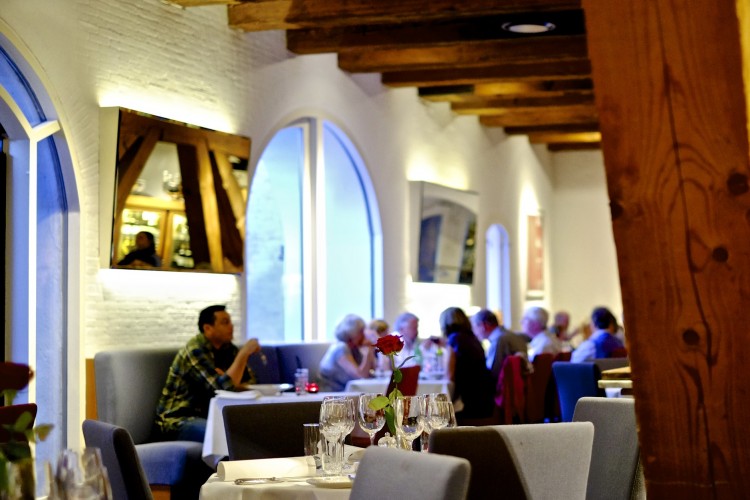 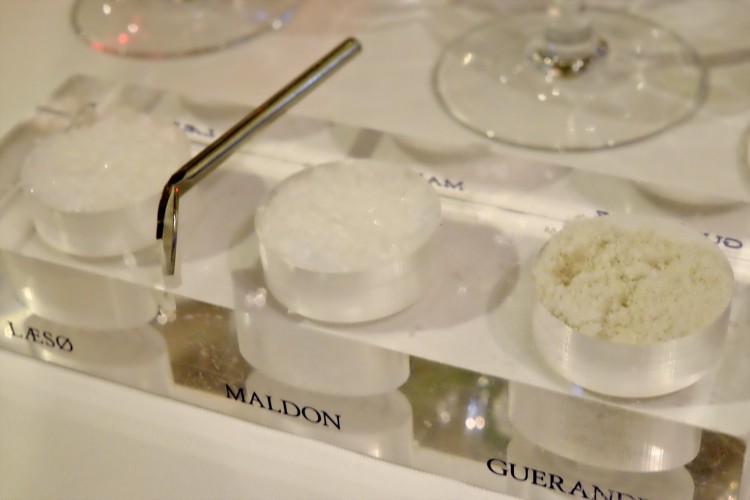