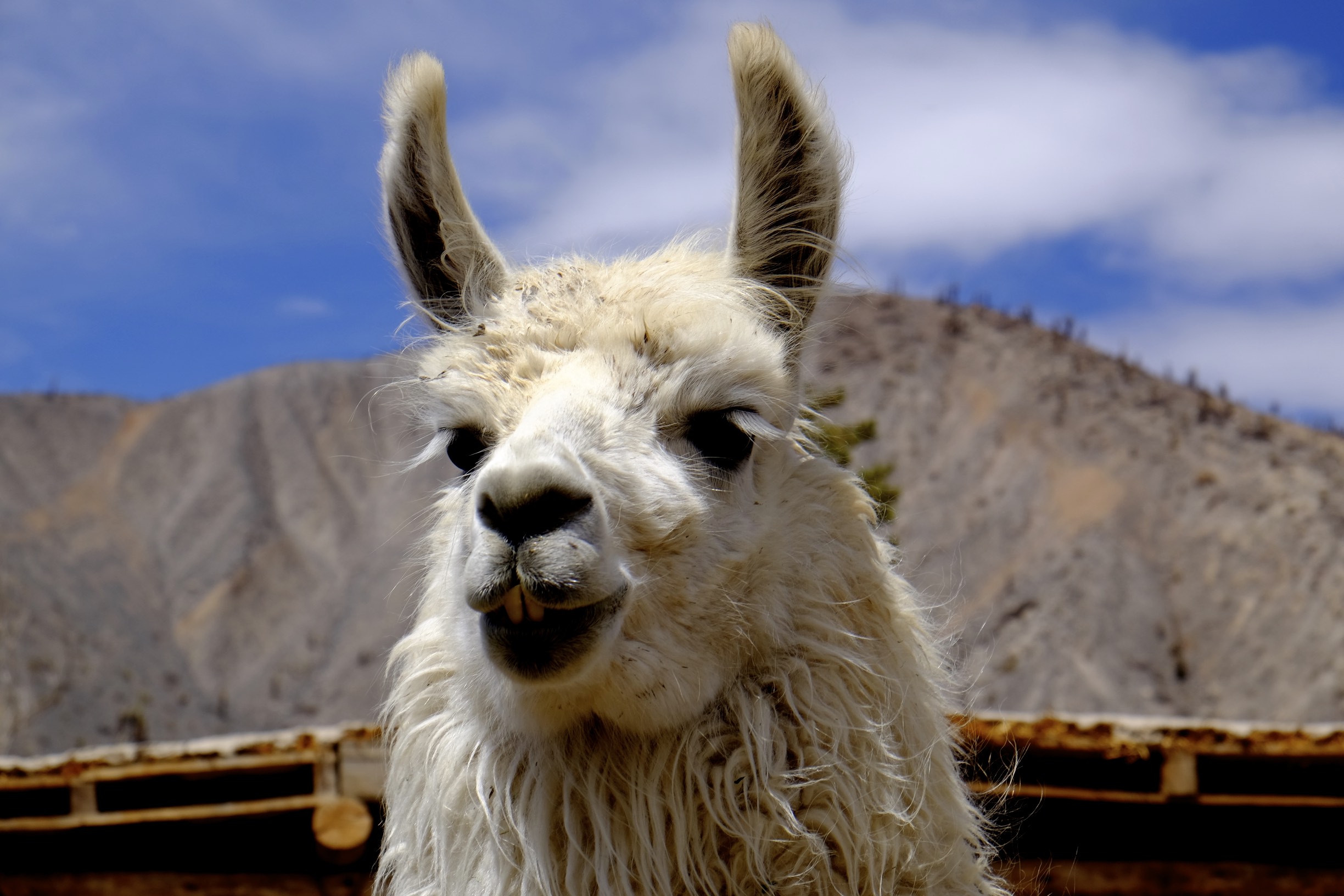 In the north nestling in the Lerma Valley, some two hours flight from Buenos Aires is the province of Salta, with an eponymous old colonial city as its centre that has charm and sophistication. Mapped out to include large civic squares with churches and a neoclassical style cathedral, beautiful original architecture is everywhere. It has started to see a growth in up market boutique hotels and restaurants as well as the perfect starting point for touring. 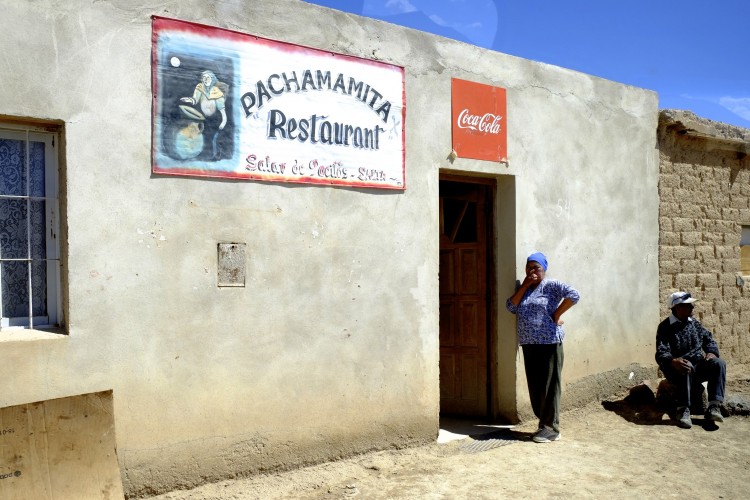 A group of us are on our way into the desert, The Devil’s Desert to be precise and to see the famous salt flats and incredible scenery that make up this part of the world. Salta seems a million mile away but is only a few hours drive from the otherworldly expanses we were about to encounter. 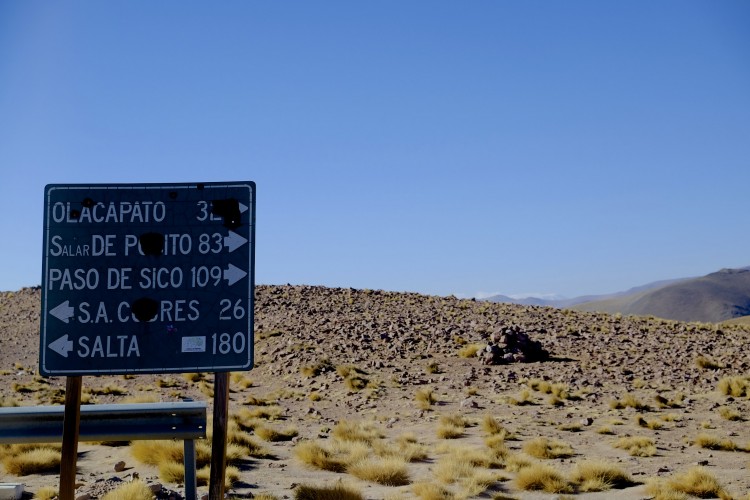 Our stay in Salta included a visit to The Museum of High Altitude. This is a dedicated building displaying and explaining the artifacts of three sacrificed Inca children buried alive 500 – 700 years ago. They were an offering to gods, two aged seven and a 15 year old. Their sad fate is examined in great detail; the high altitude has preserved their bodies. One of the children is on display at a time.

We saw the ‘Lightning Girl’ her body was struck some time after her death and has a scar across her head. All the possessions found with the children are on display and explained. The small-carved animals were particularly poignant as both toys and offerings. It is quite a sobering place. To put it into context of our own history we were living in castles and going through the middle ages and here they sacrificed children to appease their gods. 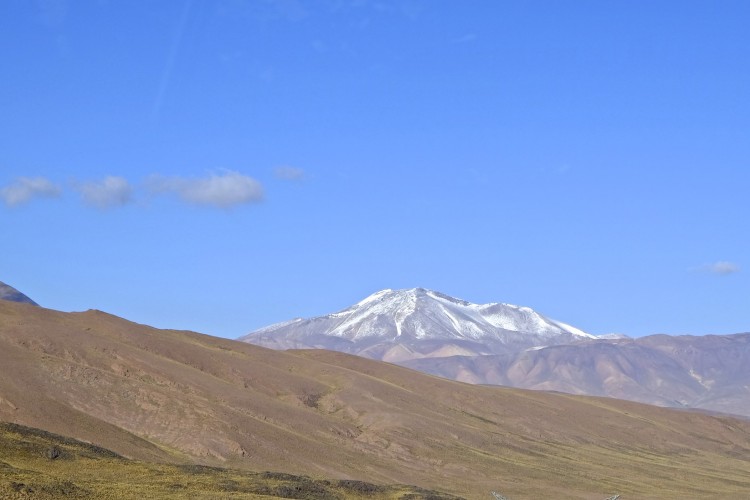 The comparative luxury behind us, we drove out to San Antonio 130 miles on road 51. The scenery is epic but the roads are rough. It seems this is where our journey really begins. Our driver is Hector a seasoned navigator of these roads and tracks, it would be foolish to attempt any form of travel without expert advice. Our guide is Homero, with seven years experience of trekking and adventure tours in the Salta region he knows every mountain, valley and probably every boulder as well. Both were invaluable on the journey. 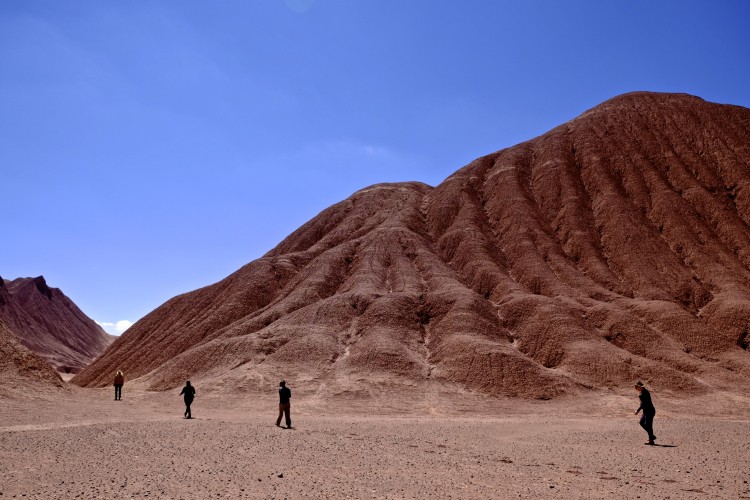 The scenery is out of this world. Comments from our group all mentioned Mars and the Moon. It is futuristic, yet millions of years old. The desert roads quickly turn into the mountain ranges. There are giant cacti to see on the way. The Cardon cacti, grows very slowly at a rate of only a few centimetres a year and has a wood like interior and as such is highly prized. They can live for hundreds of years. 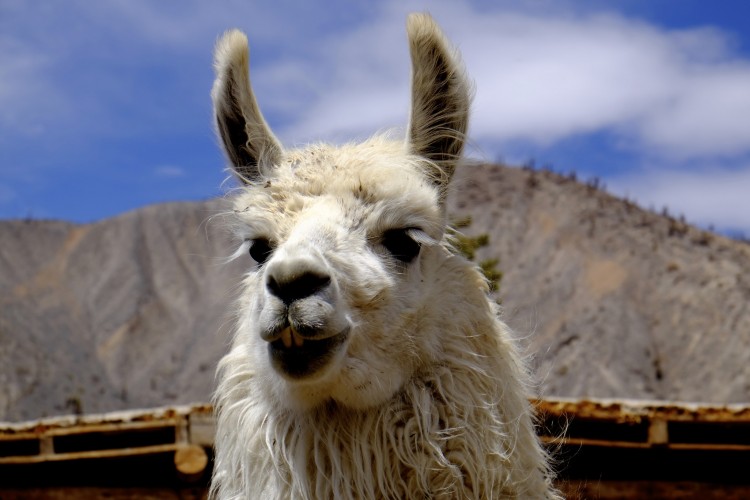 Unbelievably there is train ride in this area know as The Train to the Clouds. A leftover from earlier mining prospecting times you can take this breathtaking journey and ascend 4200 metres above sea level and then return. At the highest point you pass over a colossal feet of engineering, a viaduct that sits 60 metres high and has a span of 220 metres. The end of the trip is 25 km from San Antonio. 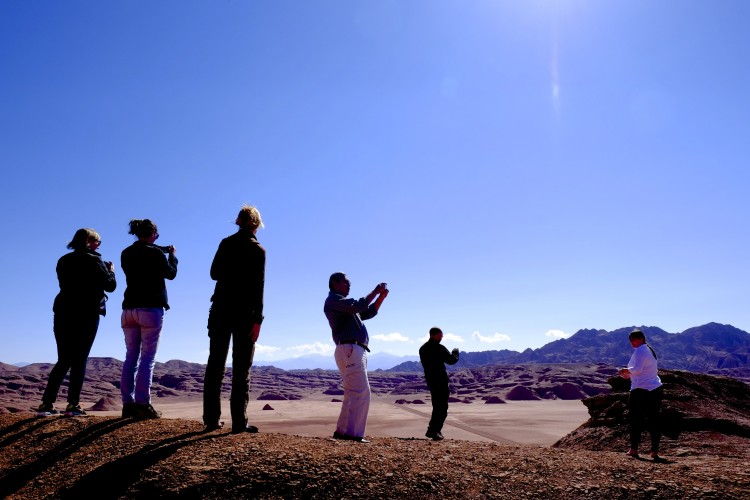 As we drove through the multicoloured mountains formed from layers of oxidised sediment we were climbing higher and higher. The altitude can affect some people. It most cases, including my own a shortness of breath and headaches are all you have to contend with. One traditional solution still practiced by these intrepid mountain dwellers is to put cocoa leaves in their mouth. A few at a time, just resting between your teeth and the inside of your cheek is said to alleviate the headaches. I tried it and it seemed to have no effect so I took some paracetamol, which did work. 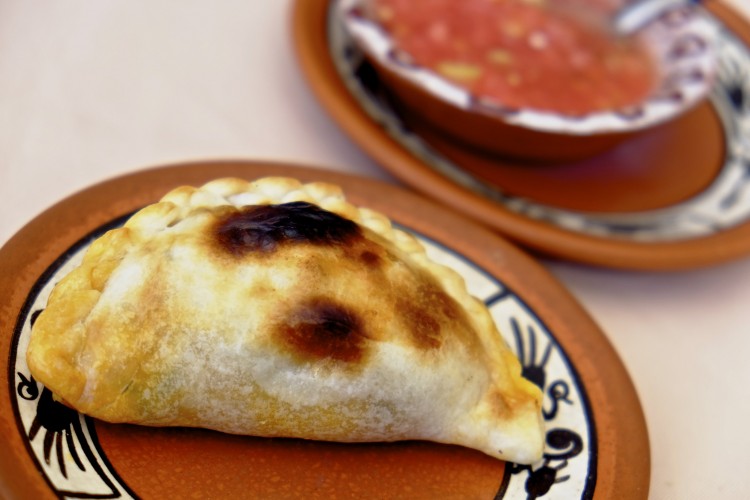 As we move further away from the major city of Salta the towns get smaller and the facilities they offer become more basic. There are hotels or you can stay in people’s homes by prior arrangement. All have clean running water and a welcome bed. It is tiring driving on the rough roads and salt flats. Meals also fall into the category of basic. Beef is widely available the cooking is not very adventurous often served simply with rice. 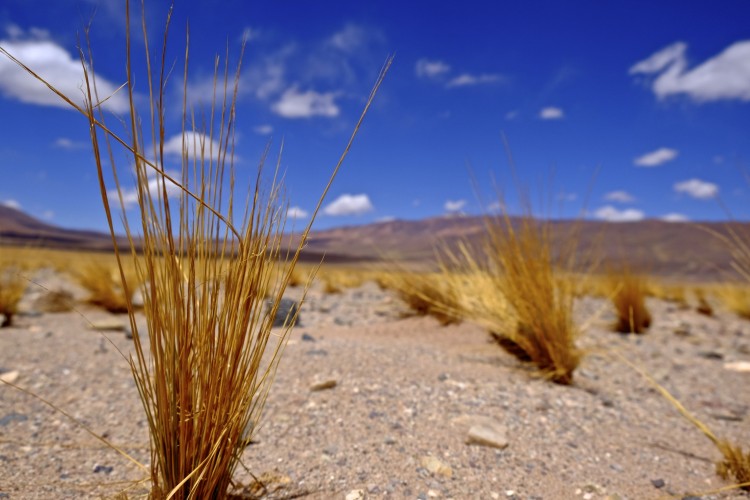 I did try llama, which was a bit like venison, quite gamey and rich. You might find this a hard option though if like me you had earlier that day patted some tame llamas owned by Anatolio and his family. He breeds them for their valuable wool and meat. We learnt a great deal at his smallholding. Llamas can live up to 15 years. They have one cria (baby in Spanish) at a time and the gestation is just short of a year. They also animal crave company and are best kept in groups. 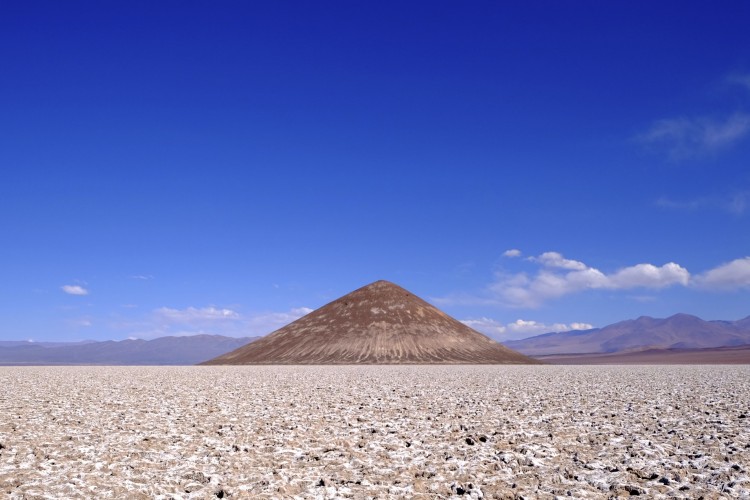 A long travelling day and the altitude make us grateful for a simple meal and sleep. The comparative change in altitude makes you very lethargic and sleepy. But we are in a very arid area so it is important to rehydrate regularly. We all suffer from broken sleep and dry throats.

The next day we encounter areas of green vegetation known as vegas or oasis. In the dry season all the famers bring their livestock to water there. Our destination today was Tolar Grande, a small town of 200 -300 inhabitants. Our hotel was clean and basic as was the food. Once ensconced, we set out for the salt flats driving through an area called The Devil’s Desert. The striking pink sandstone has incredible formations that change at every turn.

The roads are very rough here, as we drive across the flattened Salar De Arizard salt desert, the third largest in the world I can’t help think that the rattle of our tour bus is like an enciphered Morse Code message waiting to reveal its meaning. It is the metre of each day and this trip. The views are astounding as is the scale, vast expanses with nobody or any sign of human life anywhere. Huge cones of rock and stone pepper the landscape. Believed to have been formed by wind over thousands of years they have a deceptive quality. You think you could easily walk to one but when setting off from the dirt track we arrived on within five minutes you realise the scale of them. It would take hours to get there. 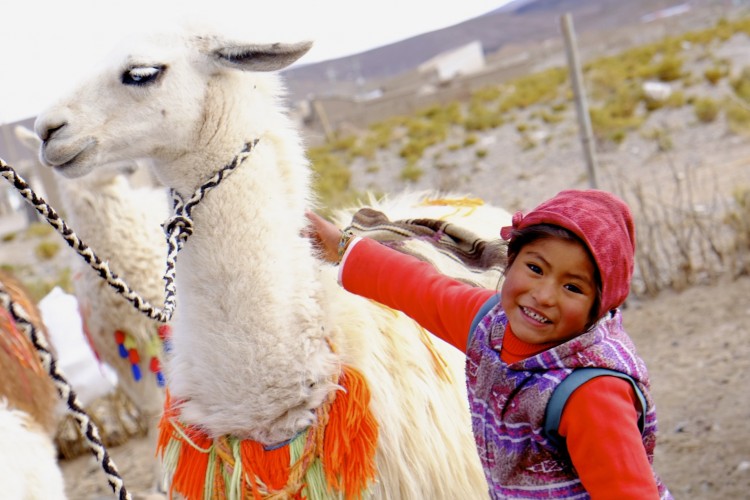 We headed off early to San Antonio de los Cobres the morning was bright, crisp and hot. Evidence of the cold overnight temperature is frozen puddles in the car ruts in the small town. There are no tarmac roads all are dirt. The town is one of the highest inhabited in Argentina, at 3775m above sea level it is break taking, literally.

The scenery was outstanding again. Soft light brown hills and mountains that form peaks and ridges that cast mysterious shadows. Hair-raising pin bends have a new meaning as we climbed higher through the mountains. 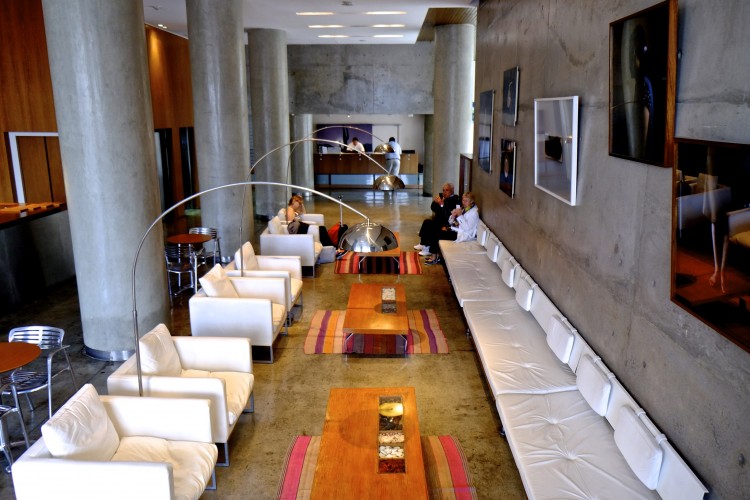 You can’t help but admire the indigenous people of The Puna; they are tough simple living souls that take nothing for granted. It can up to four hours to get basic supplies transported on the non-existent roads and even that is weather-dependant. 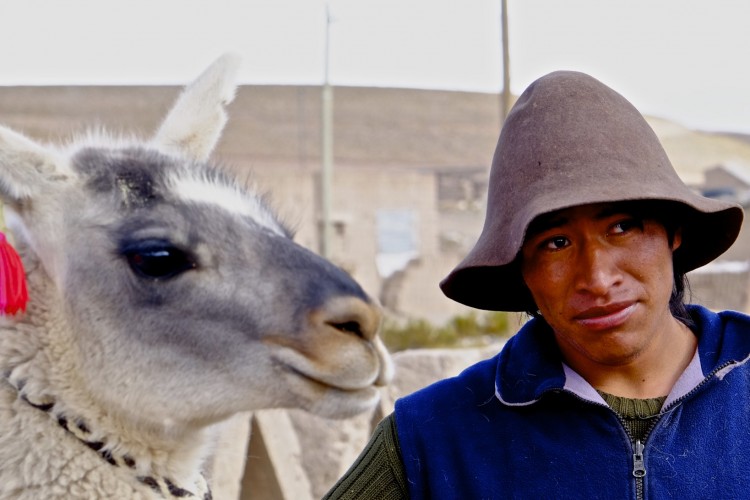 In October the conditions are good as the southern hemisphere moves towards its summer. We didn’t encounter any problems with transport or poor weather. The star is certainly the scenery in Northern Argentina but it would be nothing without the crisp bright light that changes everything as it moves across the sky. From soft sand dunes to giant rocks the size of lorries the landscape is diverse, intriguing and beautiful. 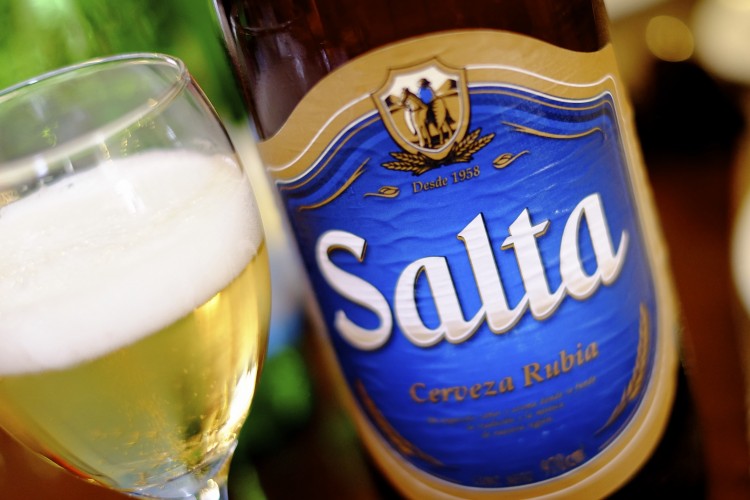 The seven turns section of The Devil’s Desert, a series of hairpin bends was a sea of Burnt Ochre with cones of sandstone poking through like a Rodger Dean fantasy landscape album cover. The stones lurk like disfigured party jellies prowling through the desert. Nature has harnessed this rugged landscape into terrain of exquisite beauty. Wild bicuna, the most prized of all llama, gently gander through The Devil’s Desert, we are just visitors this is their home, The Puna the flat raised region west of Salta City. 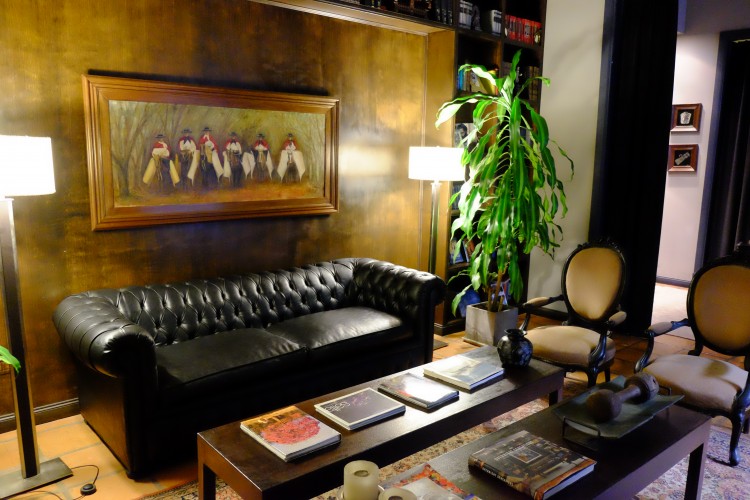 Small towns like Polcitos will offer some refuge from the elements, their basic food and hospitality are enough on our way to Rio Grande. The rare times you pass another vehicle the cloud generated hangs in the air for minutes sometimes making it impossible to see, like driving into a crop-duster’s payload.

A good corn and courgette pie is our lunch as outside the parched landscape is treated to a mini hailstorm. Moments later the sun is bright and all evidence of any precipitation gone. The journey continues towards Salta and as Hector our driver finally drives us onto the terra firma of tarmac all seven of us in the tour bus spontaneously cheer and clap the same way the Spanish do when a plane lands safely.

We have driven 900 km in our round trip and now back in Salta it seems we have returned to civilisation. This is positively proven as I check into the absolutely fabulous boutique Hotel Legado Mitico. With only eleven large rooms it still has room for a library and large public areas. Brilliantly understated colonial style decor with huge French windows my balcony has a view of a pretty courtyard that becomes magical at night with soft illumination. 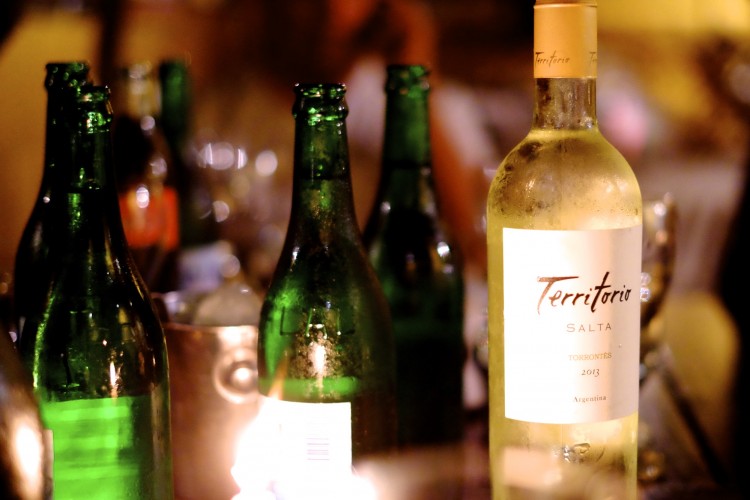 It was our last night in Salta so a meal taken outside in the popular nightlife district of Balcarce Street, full of bars and restaurants. We ate a good steak washed down with plenty of Malbec at Cafe del Tiempo. We all congratulate ourselves on having survived the highest point on our journey a staggering 4560m above sea level. 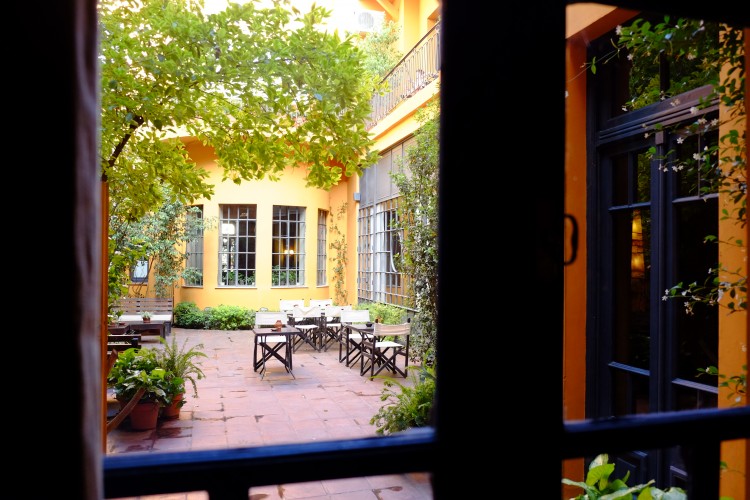 An early start assisted by a hearty breakfast of scrambled eggs and bacon with fresh orange juice and it was time to check out of Hotel Legado Mitico, I wish I could have stayed a few more days to soak up the relaxed vibe of this perfectly judged hotel. The flight to Buenos Aires was a short two hours and the temperature when we landed was a stifling 30c. With the Morse code of our touring bus now a mere memory the tour of Salta Province has left an indelible impression on me, one that will last a lifetime. 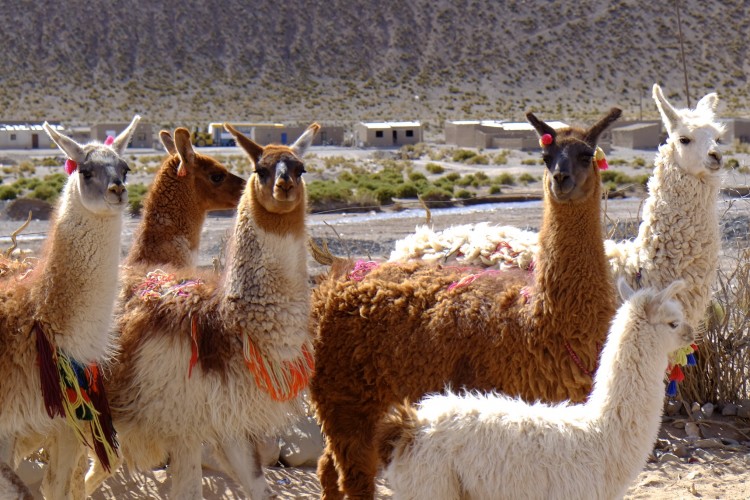