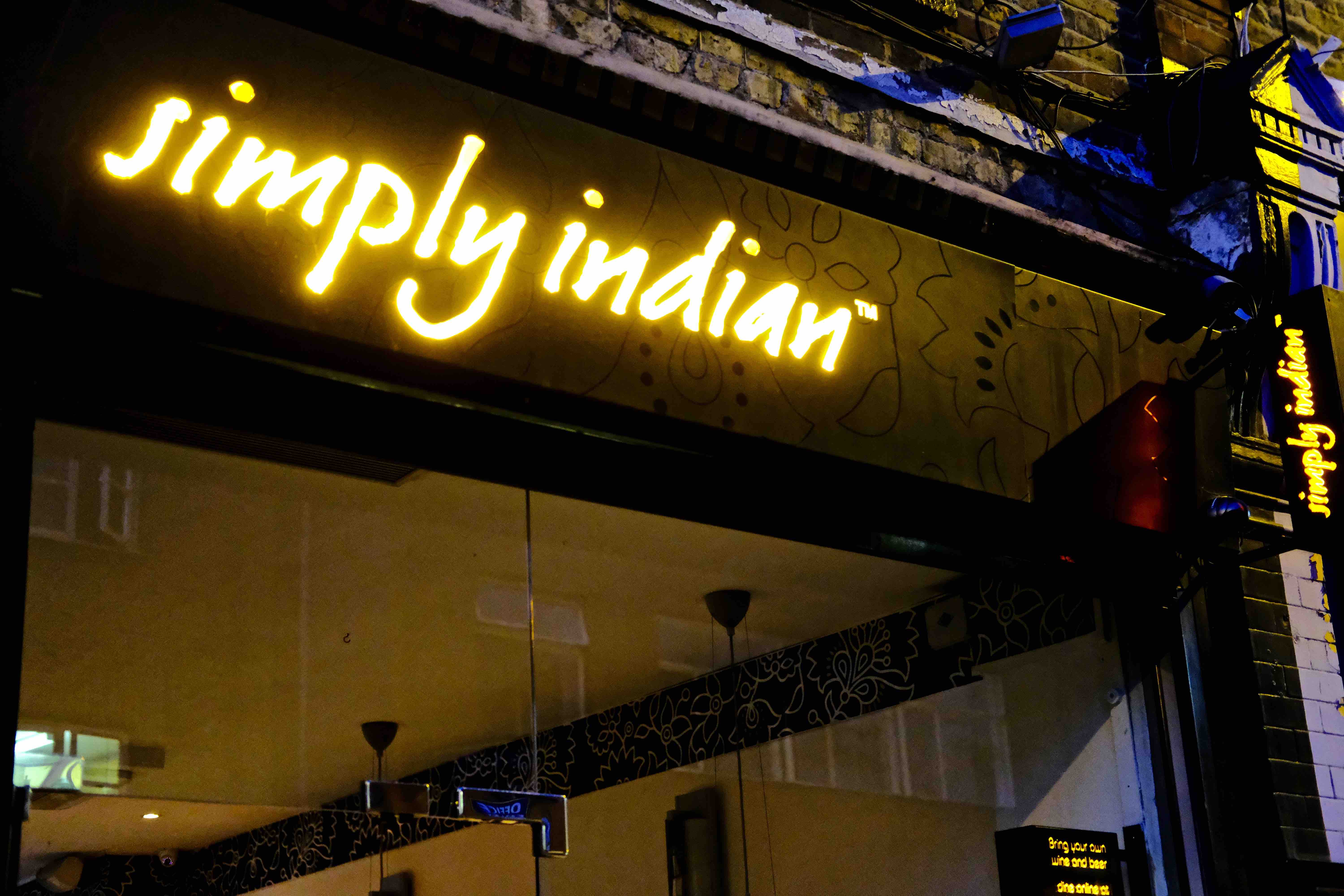 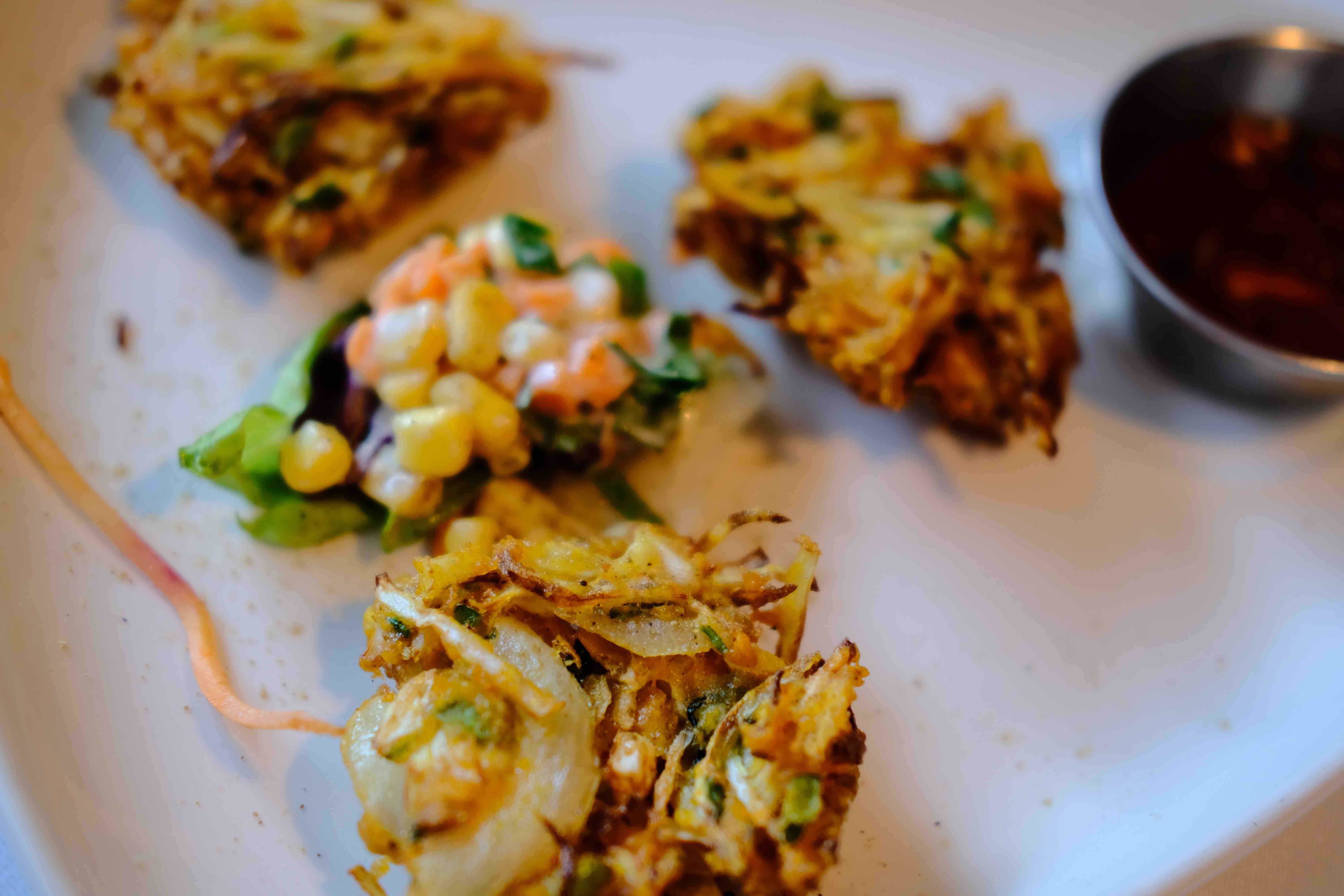 Simply Indian I’m told has been there for years, quietly turning out authentic Indian cooking in Bermondsey. The first thing I noticed when arrived ahead of M my companion for the evening is that it’s small, very small. The bring your own drinks policy of this eatery is what might appeal to many. It certainly keeps the bills down. 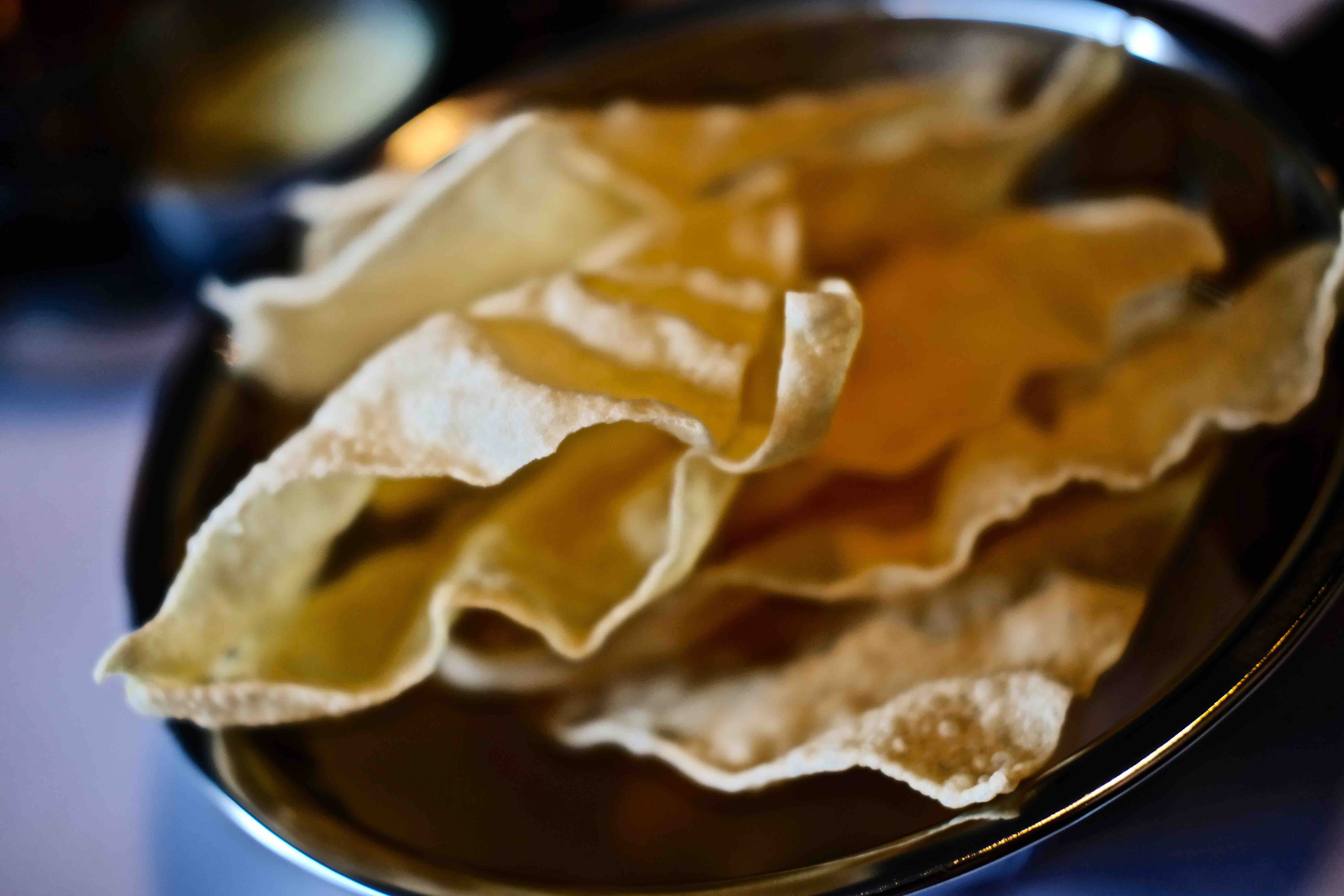 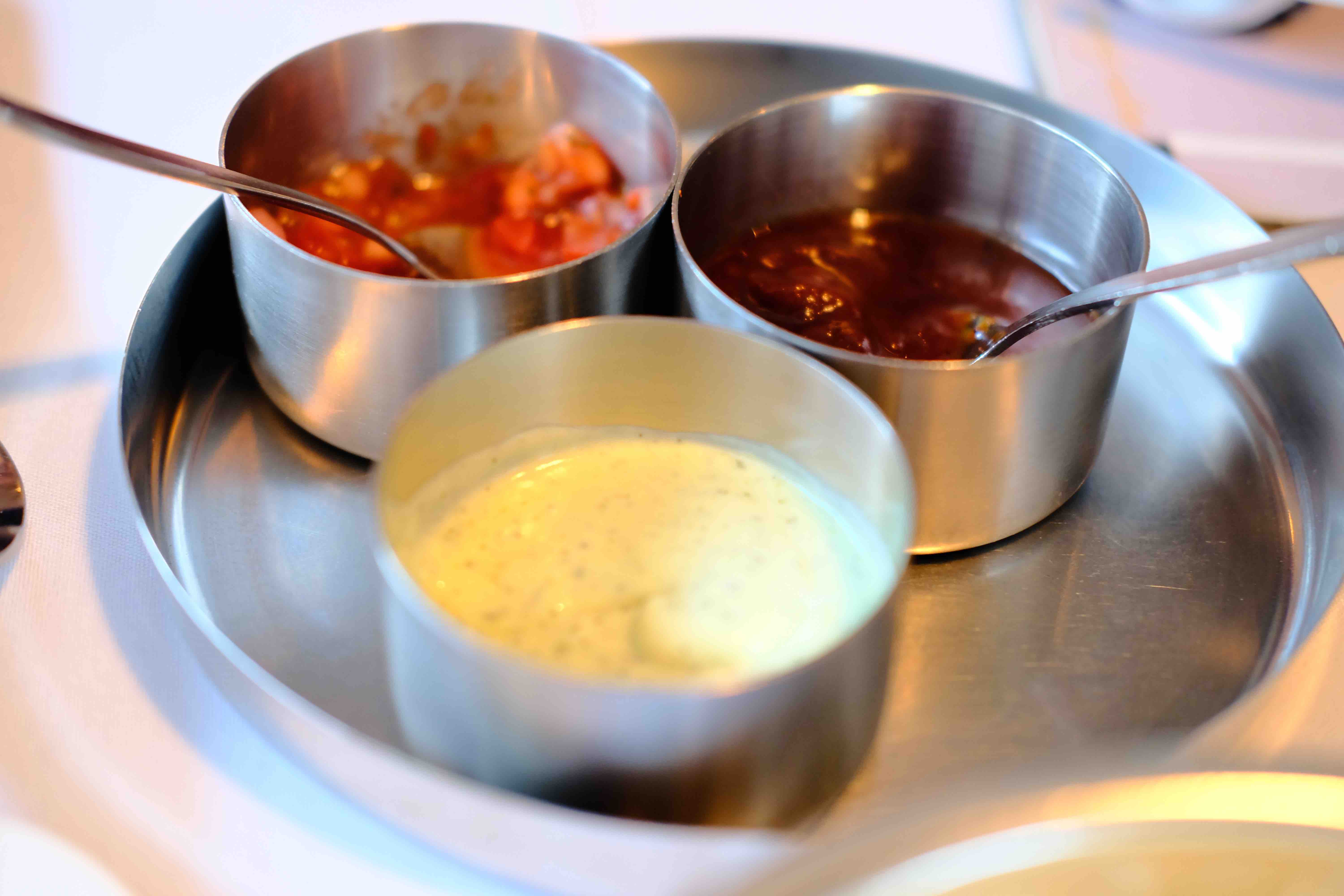 The menus are to say the least ‘well used’ to the point that it’s hard to read some of them. Best ask for a couple, as the worn out sections are different with each one. There aren’t many surprises here, but I rather think that’s the point Simply Indian is good solid food. So expect to find onion bhajee, chilli naan (excellent) but also a few left field entries such as momos, which they describe as an Indian dim sum. Minced chicken and chilli in a flour wrap with coriander, lemon and a tamarind chutney. I enjoyed these enormously but the portion was a bit small. 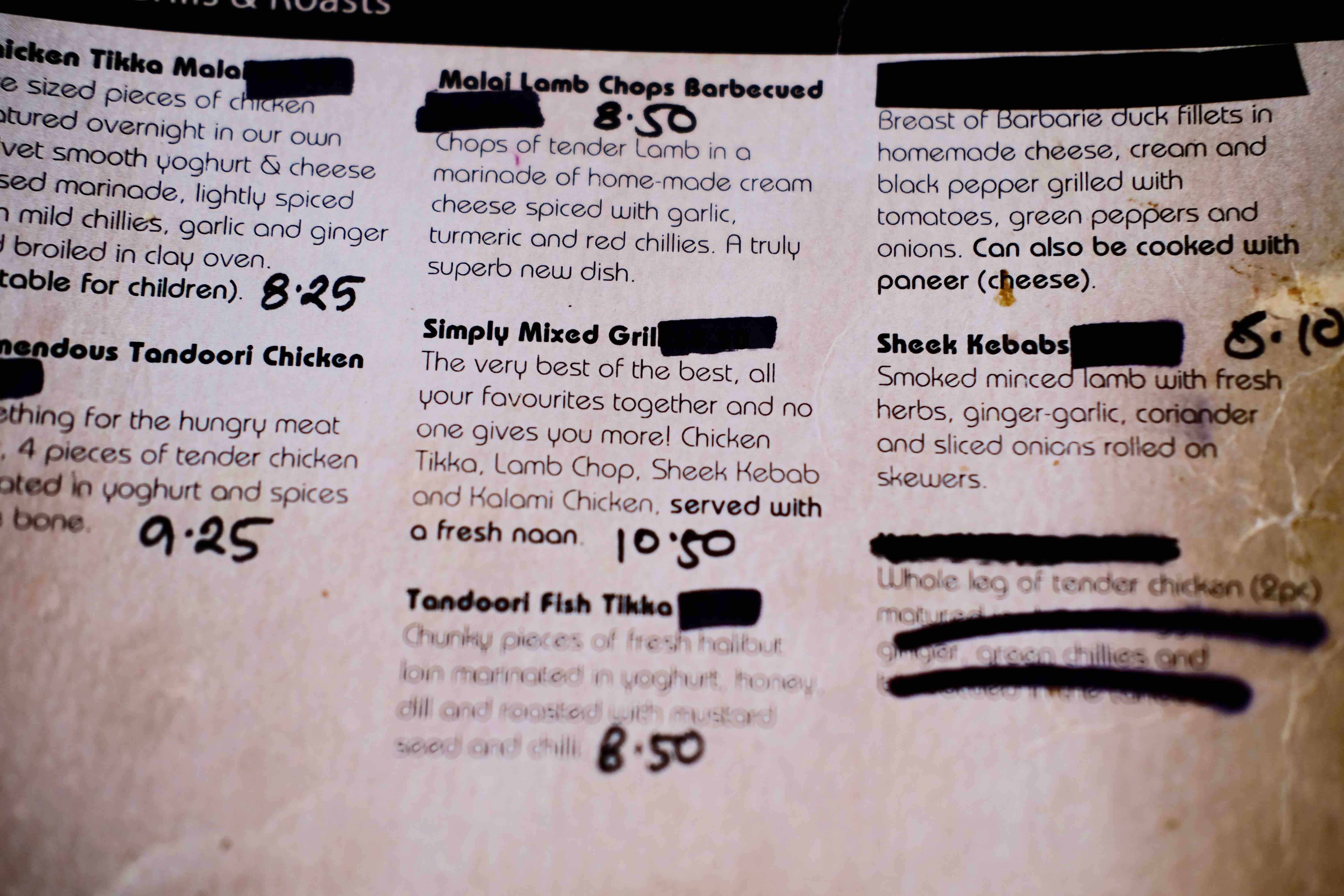 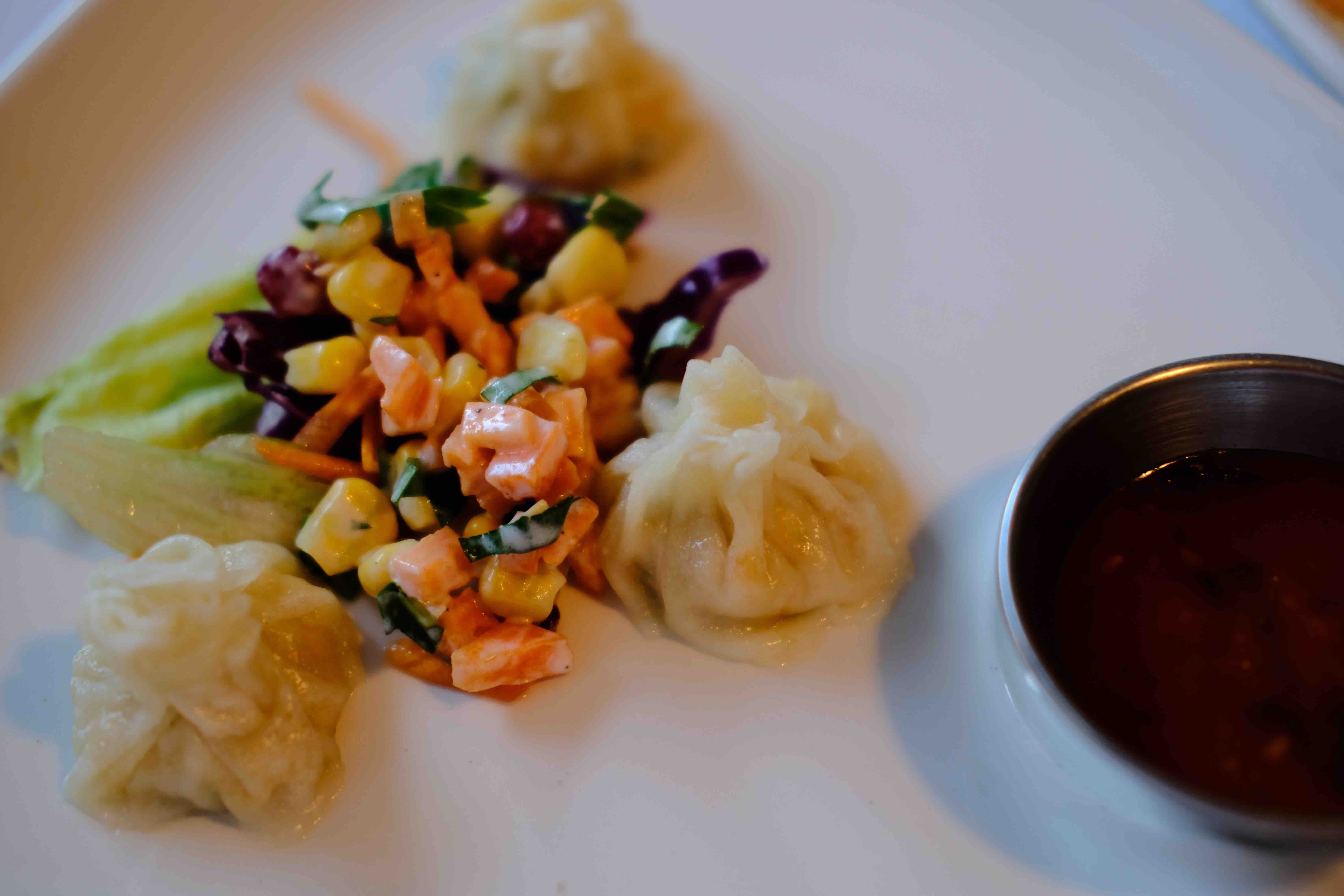 Sumon who was looking after us was at pains to explain every dish and make sure we were happy advised us to ‘go traditional’. So rogan josh, chicken tikka masala, spinach and potato duly arrived. All were good but it was little touches such as the innocuously named lemon rice that were real stand out dishes. The rice had plenty of nuts, mustard seeds as well as lots of fresh lemon and lime – a really interesting and tasty dish. 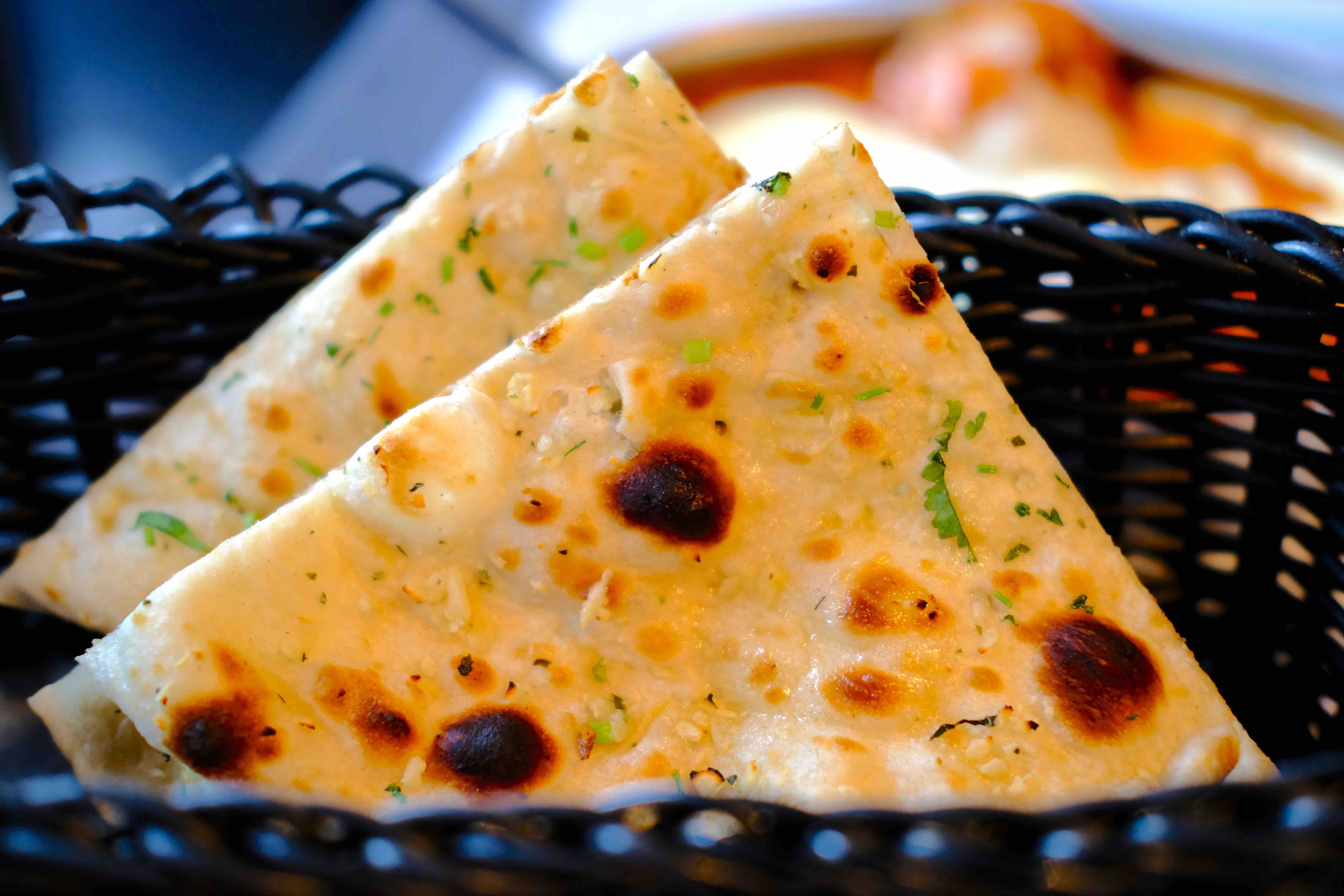 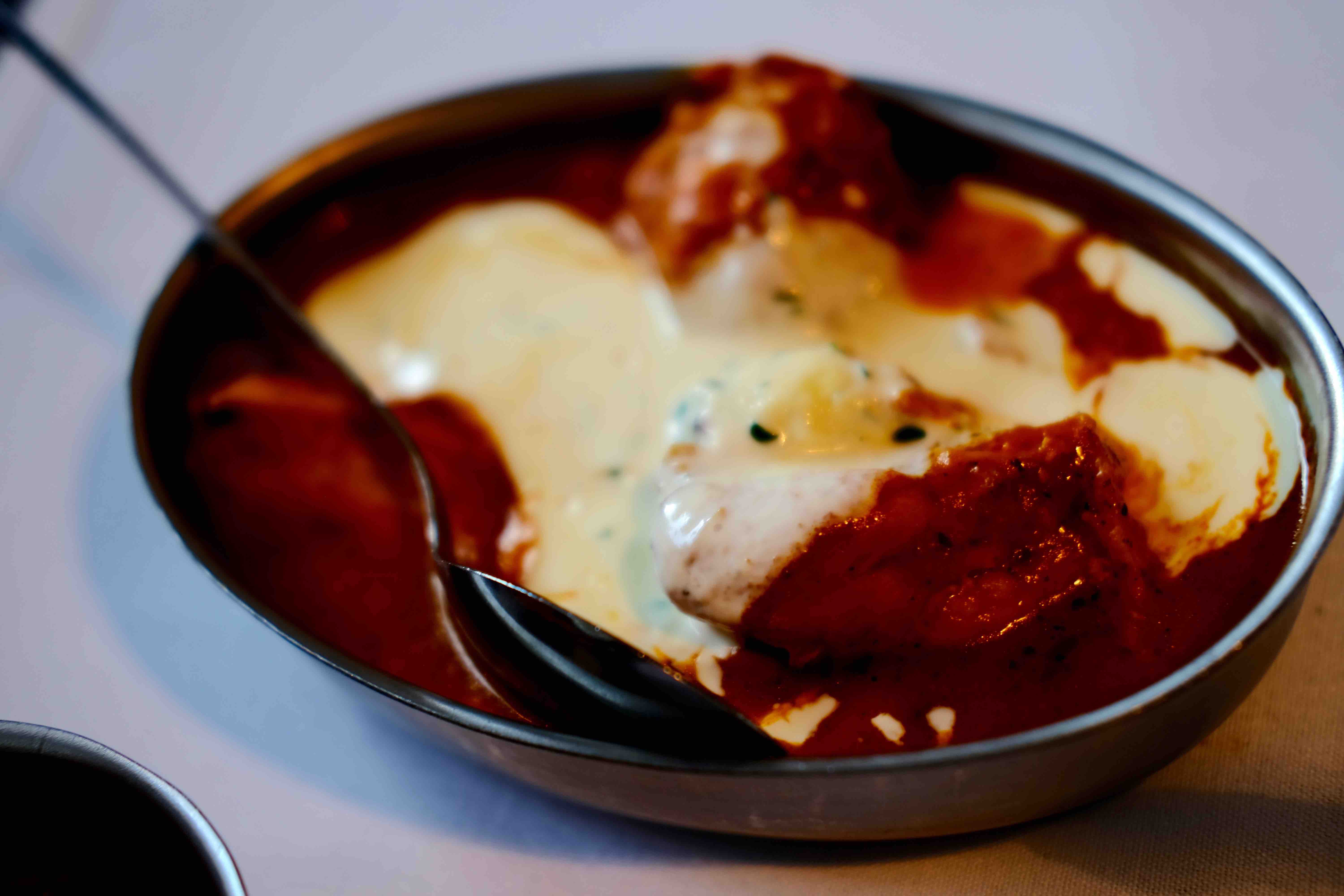 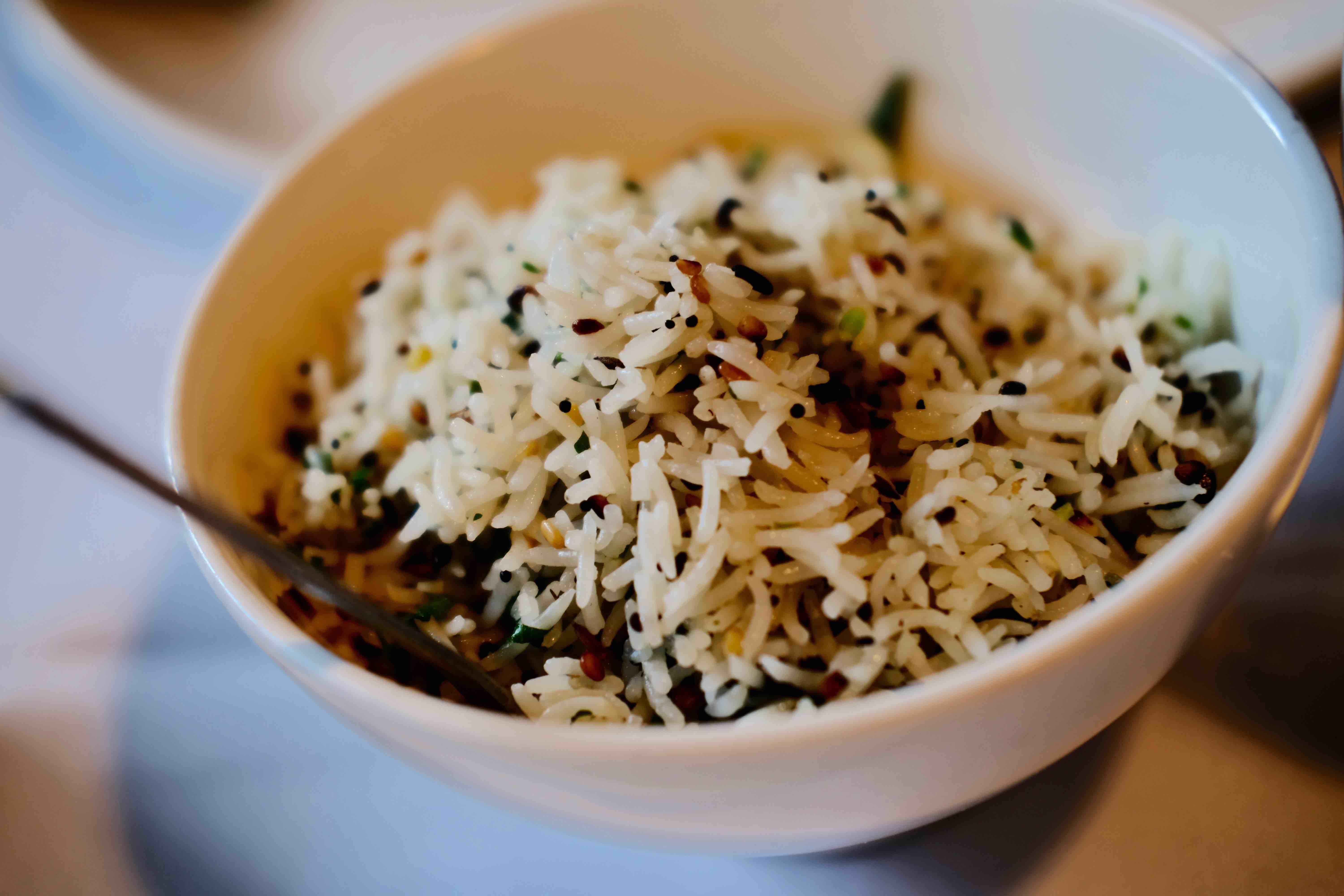 We checked out the mixed grill, which was excellent, the lamb chop was wonderful, I could have eaten three or four of these. The grill comes with a naan but I strongly advise that you ‘upgrade to a chilli cheese naan, very good. 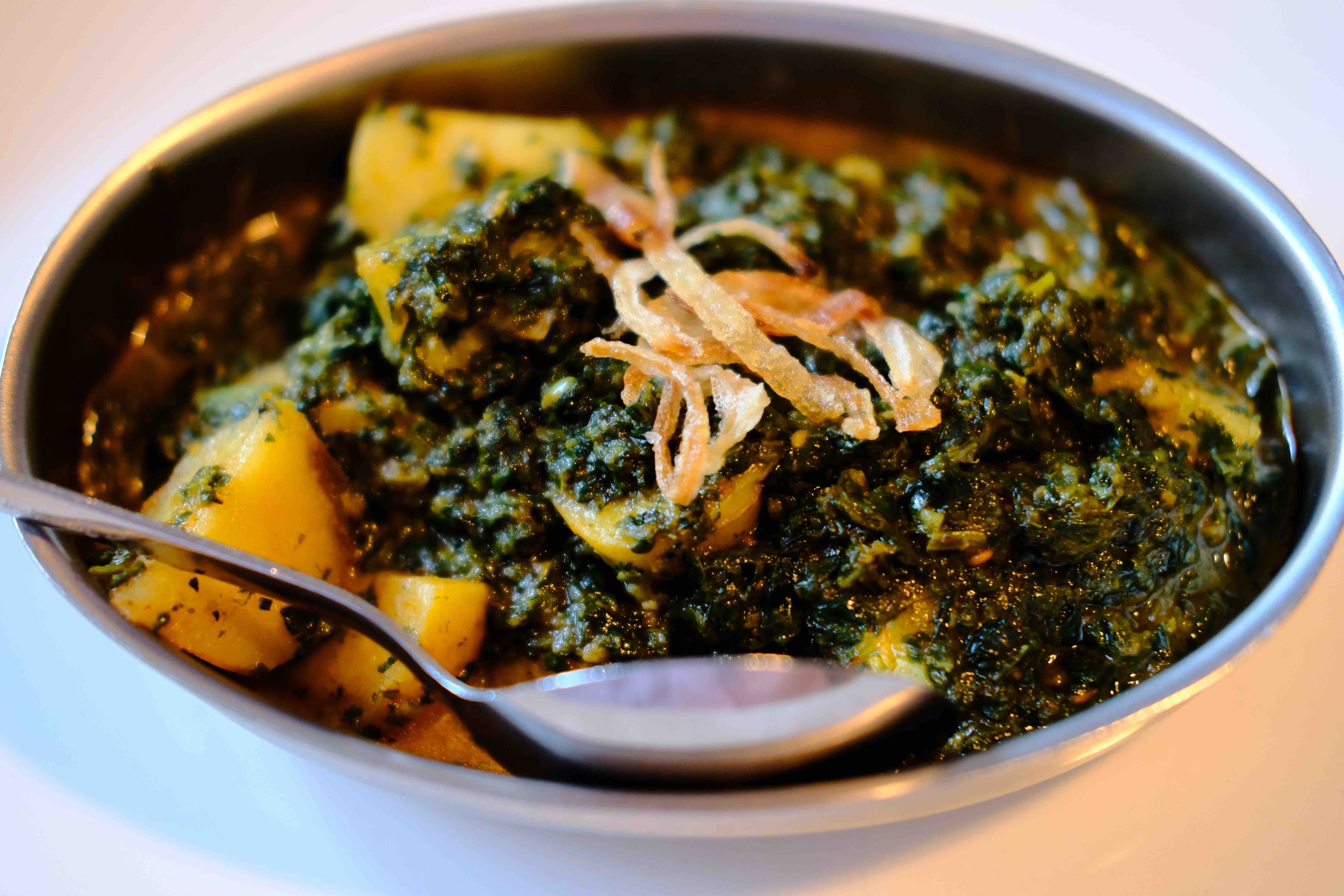 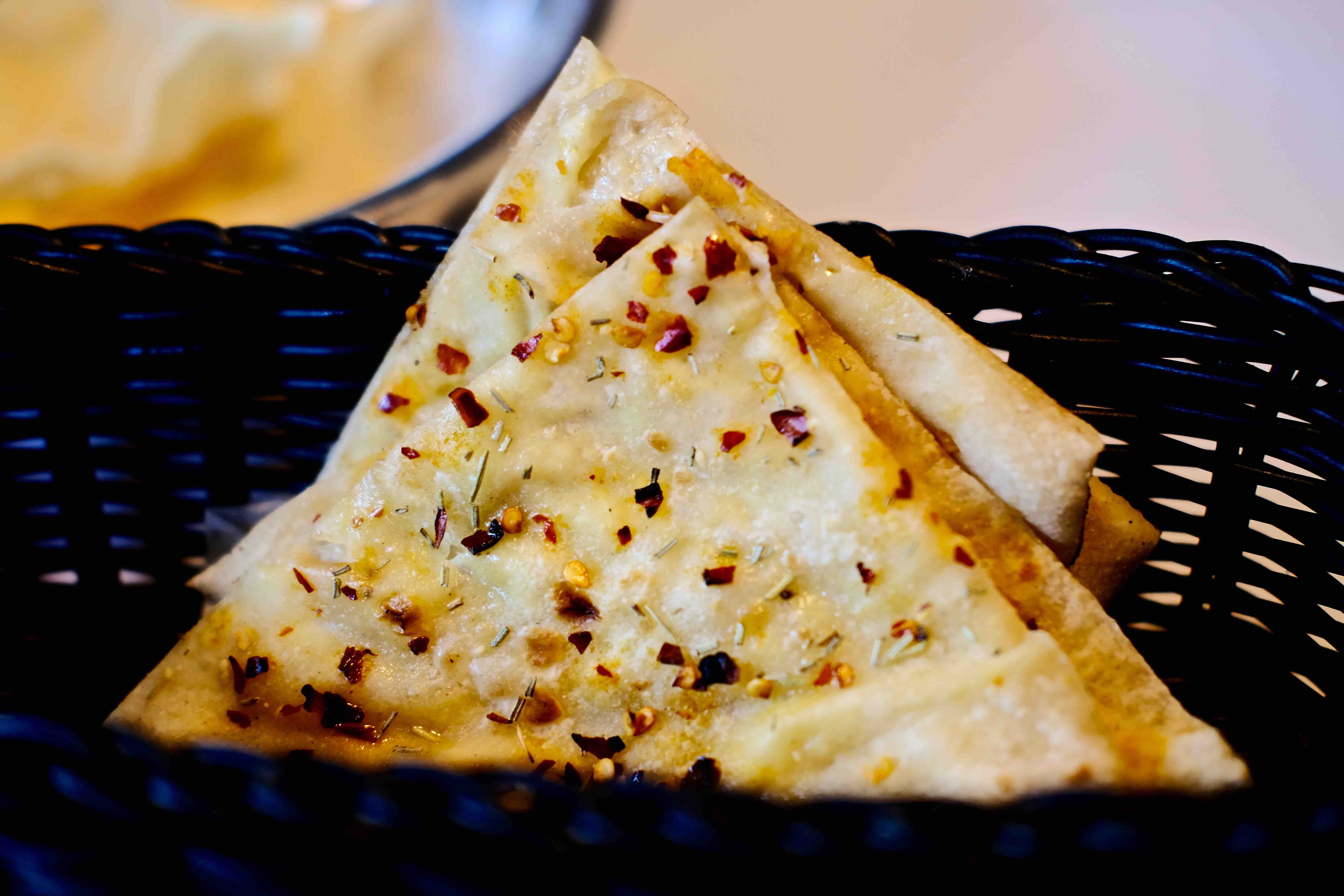 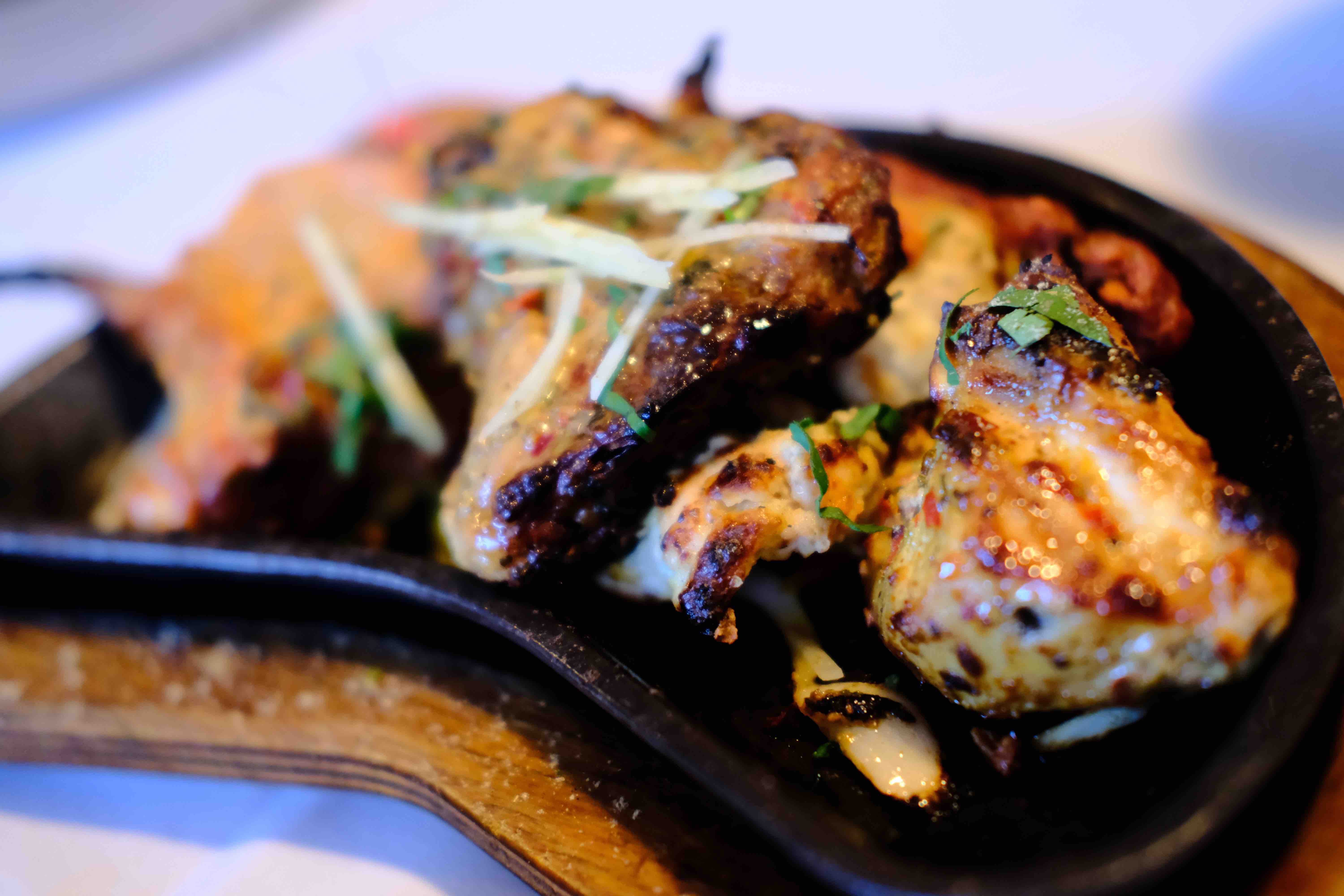 The last surprise of the evening was an irresistibly named ‘ice dragon’. We didn’t know what to expect and were treated a mango ice cream with chilli and ginger. I recommend it, sweet but sharp and a little heat. 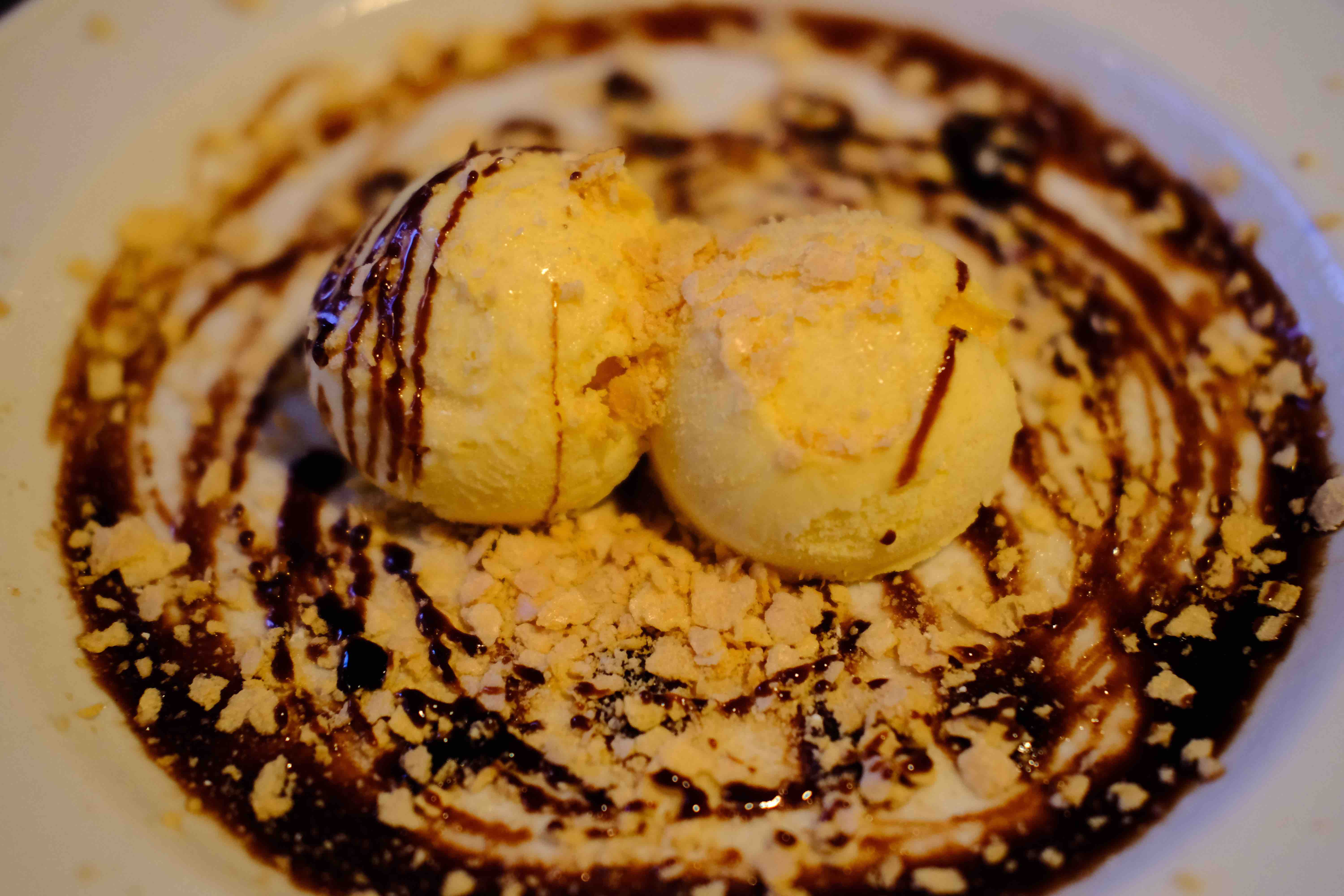 So it turns out that although it might look simple Simply Indian can pull quite a lot out of the bag that isn’t simple at all. This is warm-hearted restaurant that has great food on offer. It might be wise (unless that’s what you’re after) to avoid late nights as it has a tendency to attract a post pub crowd. I would consider this a minor detail and head there for the food alone. Maybe by my next visit they might have replaced the menus I hope so!