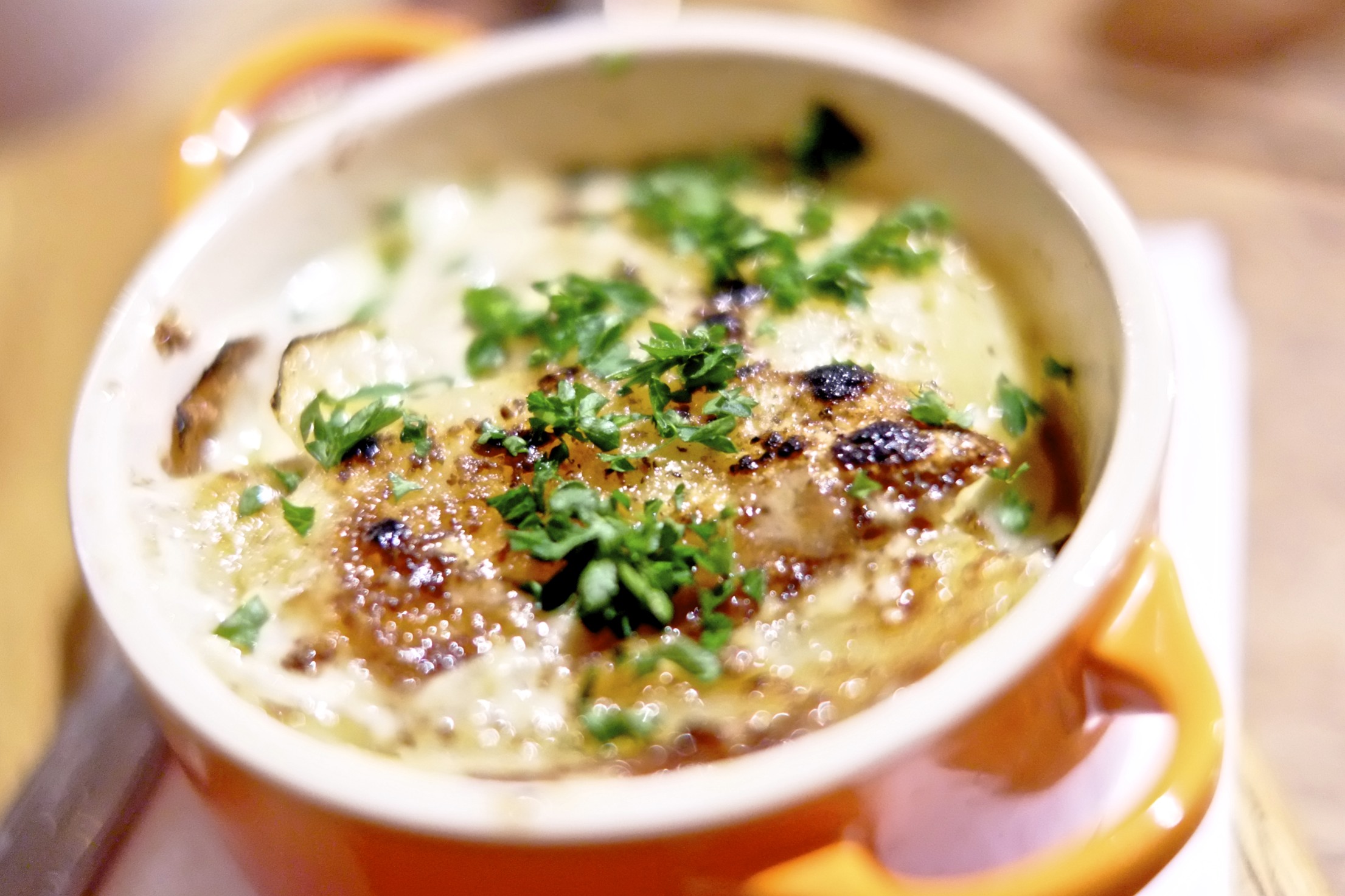 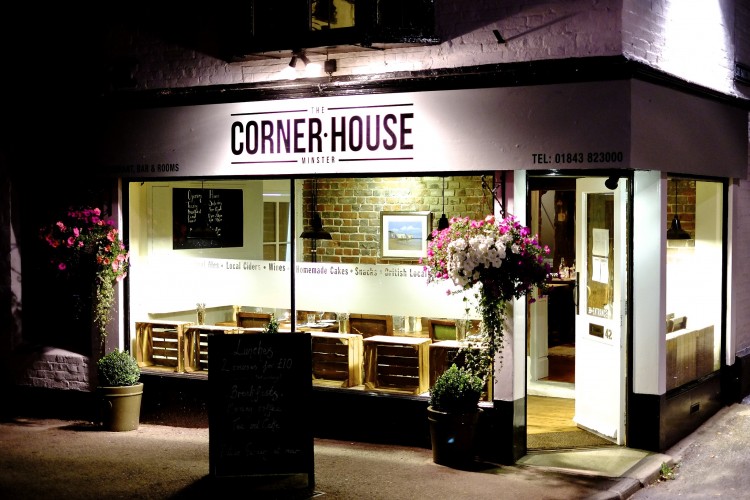 On my drive down to Minster from London I was trying to imagine what it must be like to just not return, you know, just leave the big smoke forever and never go back.  Quite liberating and it turns out that’s just what Chef Matt Sworder has done.  But he didn’t pick any old picturesque village in Kent.  He picked the one he grew up in and not only that, he is now Head Chef at The Corner House which his parents had the lease on for years and he was born in it 28 years ago.   A prodigal son, maybe?  Well, we shall see.  Matt has not been idle in London though, he put in the hours at Gordon Ramsay’s La Noisette, a year with Les Deux Salon in Covent Garden and time at Bistro Union in Clapham.  There is one other family connection, Matt’s dad Dave, is front of house! 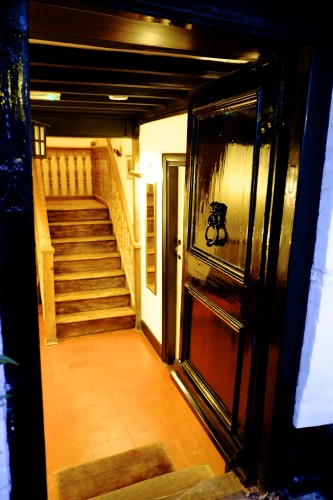 As I wander from my very comfortable B & B (which is run by his parents, yes really) I could be forgiven for thinking I had wandered into the film ‘Local Hero’ where the same person plays all the principal parts in a Scottish village.  It’s a short stroll to The Corner House which sits prominently on a corner next to the local pub, if prominent can be achieved in a sleepy village? 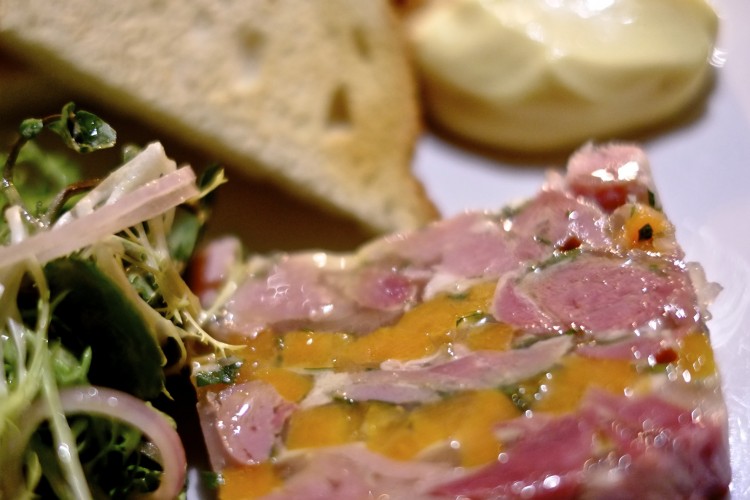 The space is varied inside, as you walk in it seems very small but through a doorway it opens out into two sections.  The restaurant, which is cosy and has a lovely redbrick floor and the rear room, which is a bar and you can also dine there as well.  There is also a small patio leading off the bar. 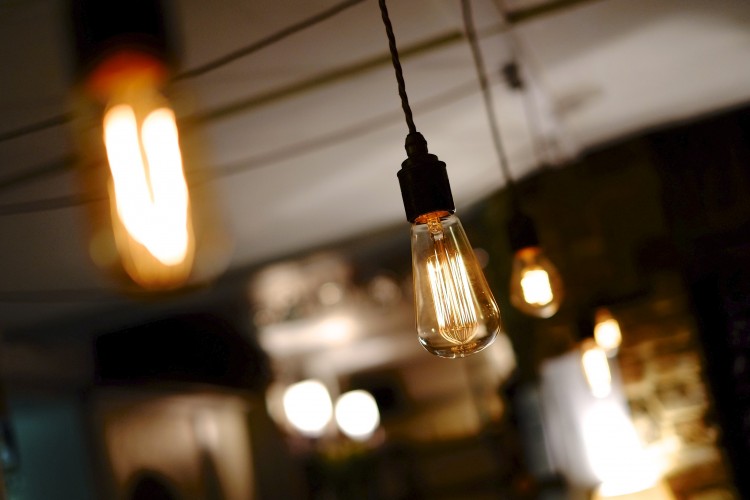 Service couldn’t be more charming and helpful (Dave was once a chef at The Langham).  The menu is sensibly short and is in the form of an old school exercise book, very cute and just the right side of retro.  Matt is a firm believer in controlling the flavours he uses, so all the stocks are his own, he makes fresh bread every morning and even turns his hand to tomato ketchup (which is very good).  There is a little snacks section, I that skipped and went straight into the starters.  I was tempted by the onion soup with Ashmore cheese crouton but instead went for a homemade (of course) ham hock with a mustard mayonnaise.  It was chunky and full of flavour, strong on salt and plenty of carrots in there to provide a bit of sweetness. 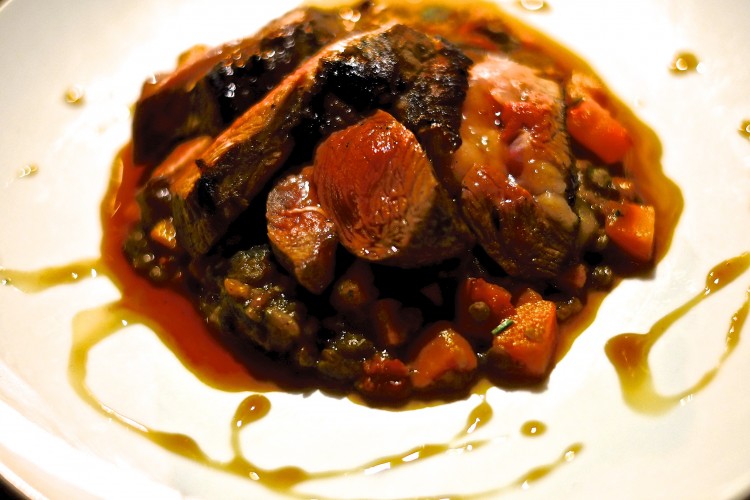 As I sat waiting for the main to come along I began to take in what this restaurant really is: A local.  Many of the guests were on first name terms with the staff and come weekly to dine.  The small village of Minster sure does breed some friendly people, on my way to eat I passed seven individual people, who all unprompted said “Good evening” or “Hello” to me.  How nice is that?  How unlike London is that! 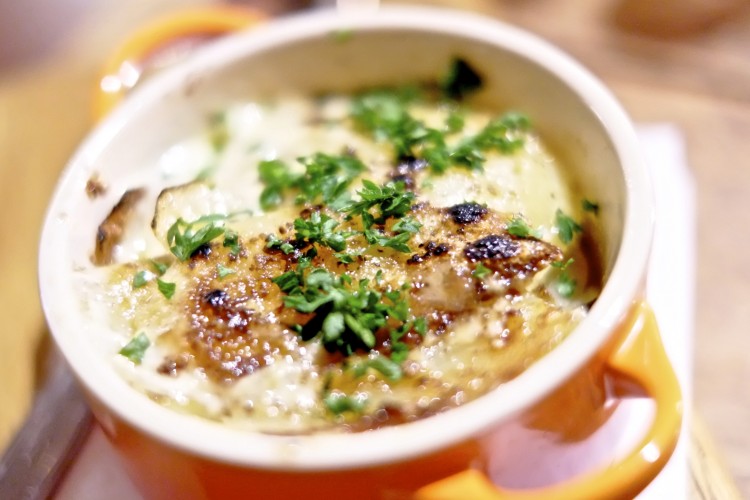 The main I had chosen was a special that is going to make it onto the menu for keeps soon.  Rump of lamb with puy lentils and aubergines and peppers packed a punch and was strong on flavour and balance.  I had rather greedily also asked for dauphinoise potatoes, which were beautiful.  Improved by a small scattering of herbs on top. The wine selection is also small and is in the form of an exercise book.  It’s refreshing to find all the wines reasonably priced, London is so expensive when it comes to drinks.  One of the dearest wines of offer was a Chablis Ler Cru AC Vailons 2008 at £36.  My selection was more modest but suited my meal perfectly, a Pampas del Sur Shiraz Malbec 2012 and at £15.50 a bargain. 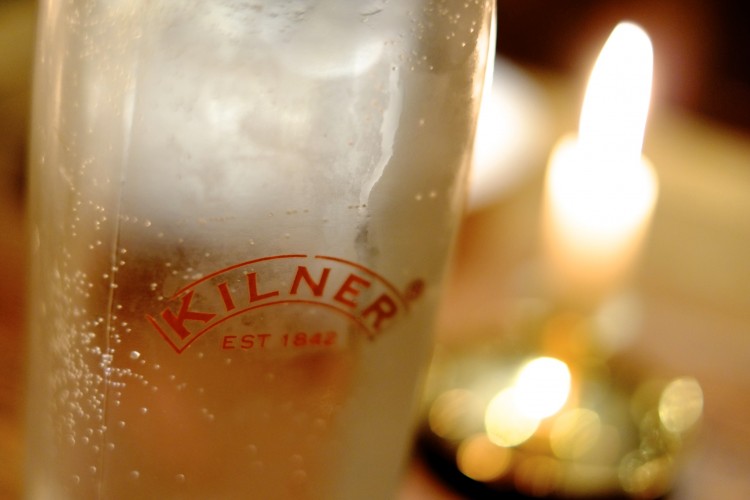 It is hard to convey how utterly charming this restaurant is, ostensibly due to the people running it.  At every juncture all the right things were said and done, I didn’t have to wait too long for anything nor was I rushed.  And without fail everybody smiled, all the time.  It was a restful meal that was tuning out some great food. 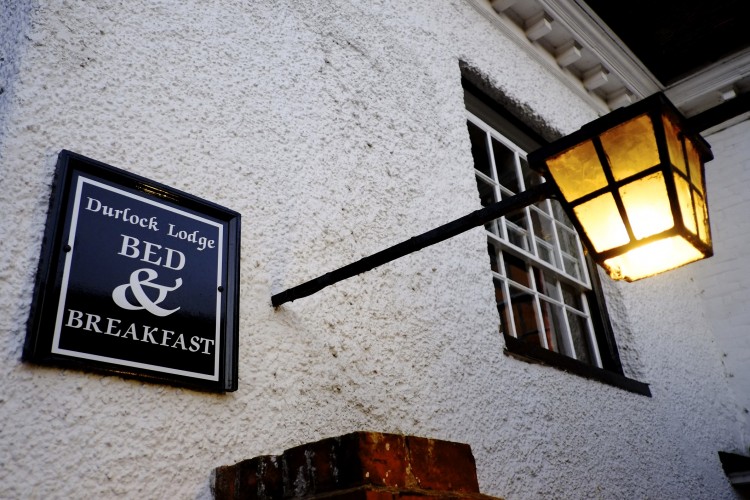 The Canterbury cheeseboard was dominated by Kentish Blue, a couple of others were there, including a good goat’s as well but the really unusual and quite brilliant star of the board was port jelly.  It had a deep port flavour with an acid sweetness that sent my tongue singing, a wonderful companion to the cheese. 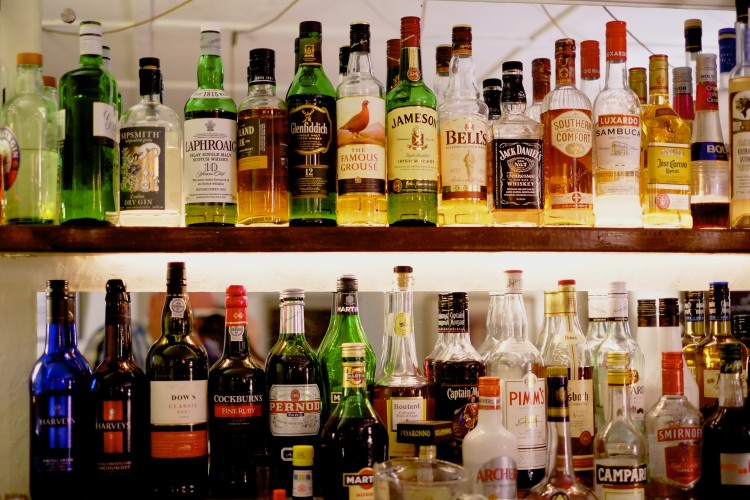 There was room for a small portion of brown bread ice cream.  This is another part of Matt’s alchemy, sweet and fudgy the small bits of bread burst inside the mouth.  With it I had a couple of squares of homemade fudge and a local strawberry vodka liqueur.  This little combination was a super end to a super meal. 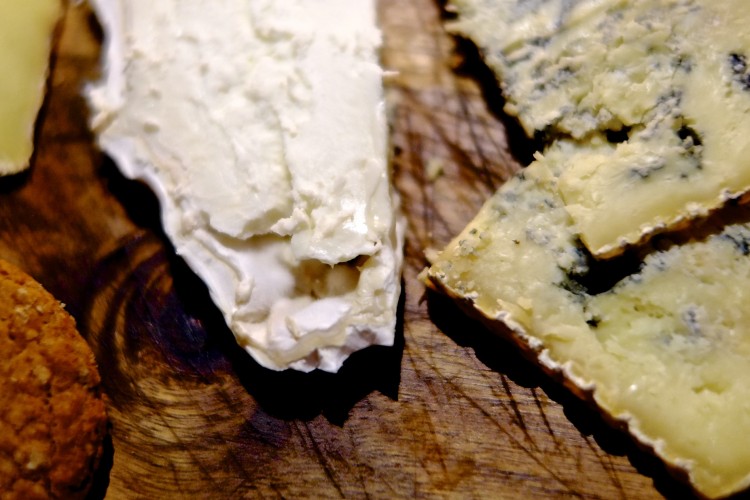 The Corner House has rooms as well if you fancied making a weekend of it.  There are plenty of country walks to be had in these parts as well a visit to Minster Abbey dating from 670AD and run by The Benedictine Nuns of St. Mildred’s Priory, a fine building in beautiful grounds. 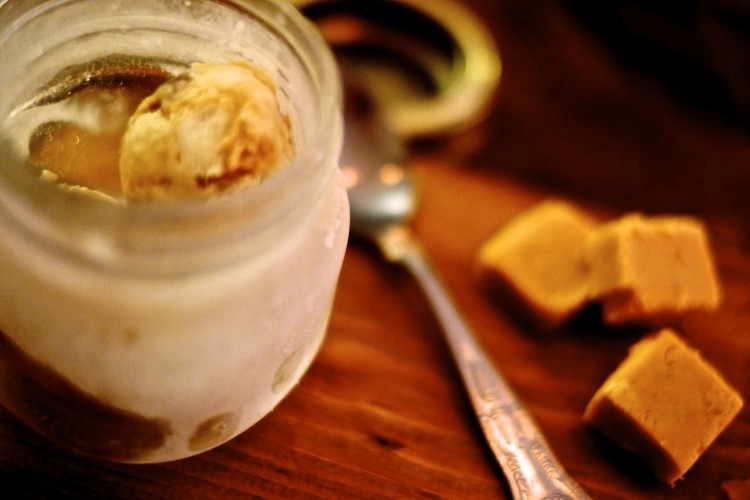 After a restful night at the 17th century Durlock Lodge a two minute walk from the Corner House I decided to visit The Corner House the next morning.  Being in a village and open for breakfast, tea and cakes etc before lunch service means it has become a sort of hub for people to meet and catch up.  My full English with all the trimmings and homemade bread was fresh and glorious.  Of note was a superb black pudding, it was perfection personified and set me up for return journey to London. 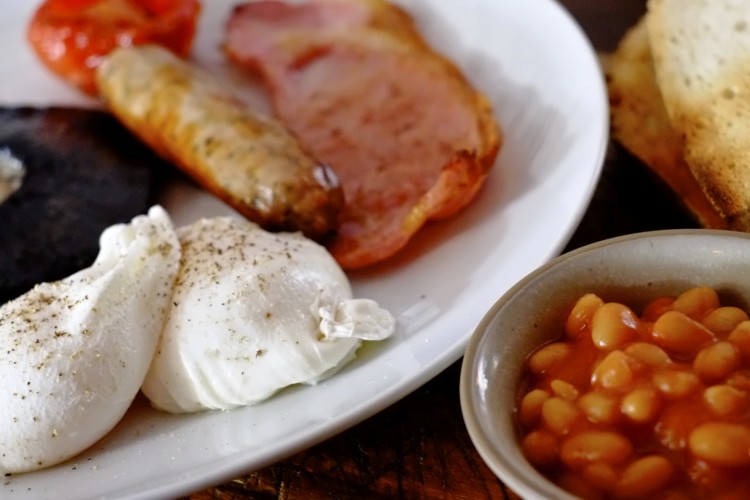 Matt Swoder has, I believe achieved what we would all like, a balanced life in a wonderful part of the country producing very good local and fresh produce.  And the best bit?  Well you can go there and eat it whenever you like, or catch him at The Broadstairs Food Festival from 4th October.           Prodigal? I suppose the answer can only be found with his parents, but from what I could see they seemed very proud of him, so yes prodigal indeed. 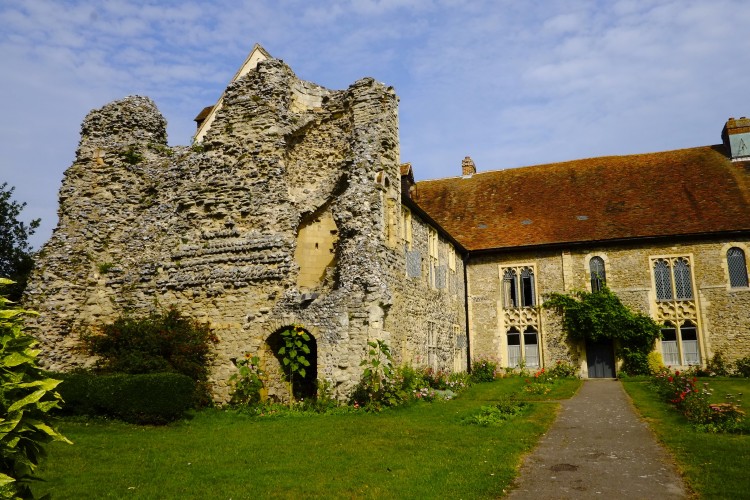 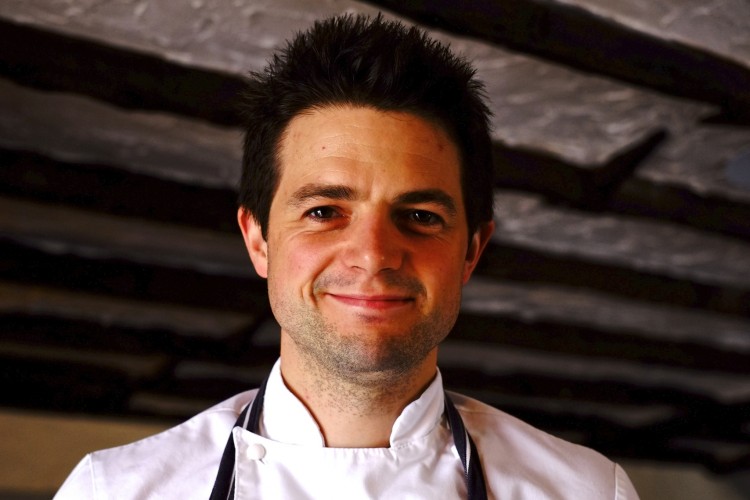