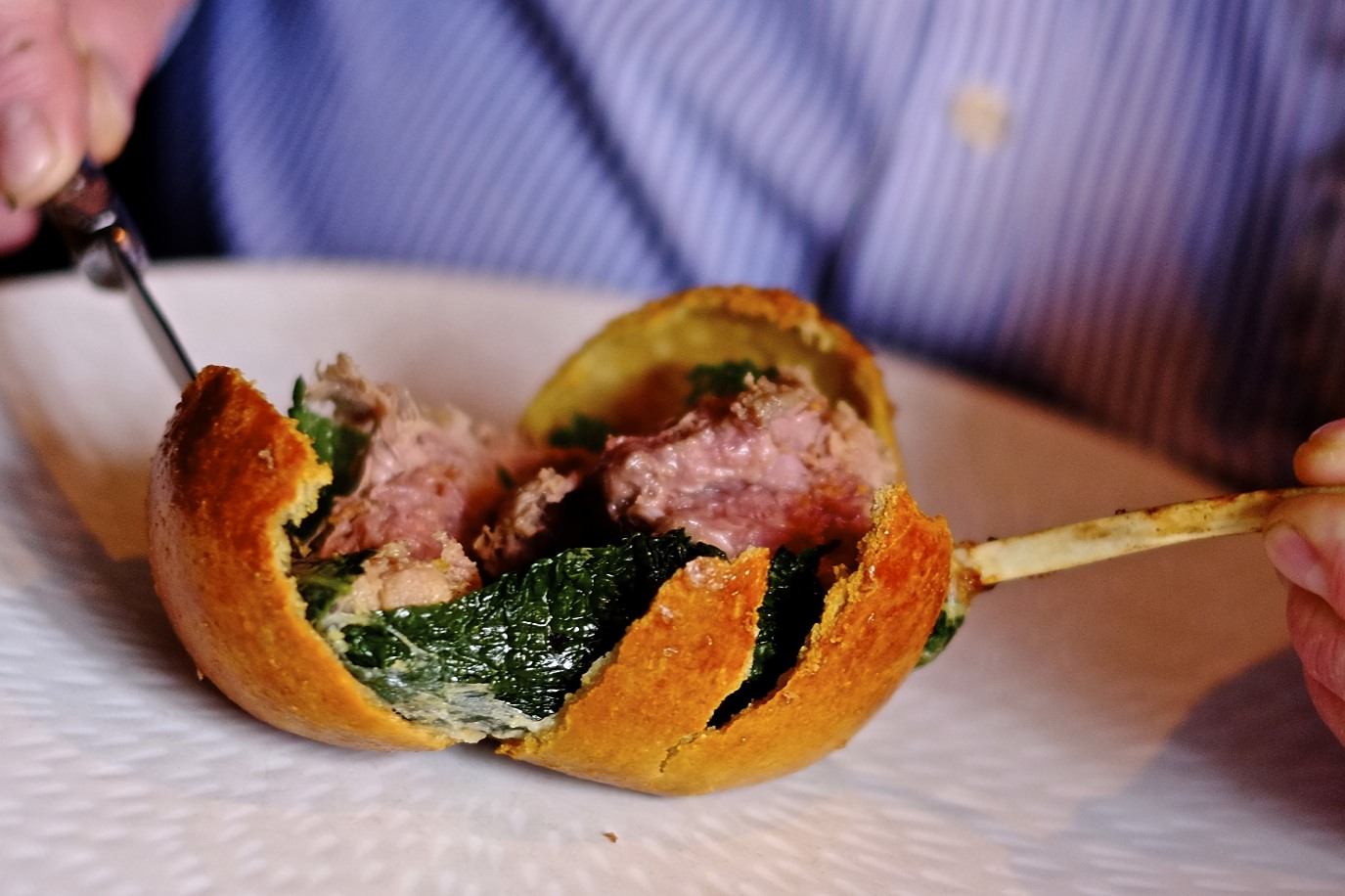 The Hand and Flowers 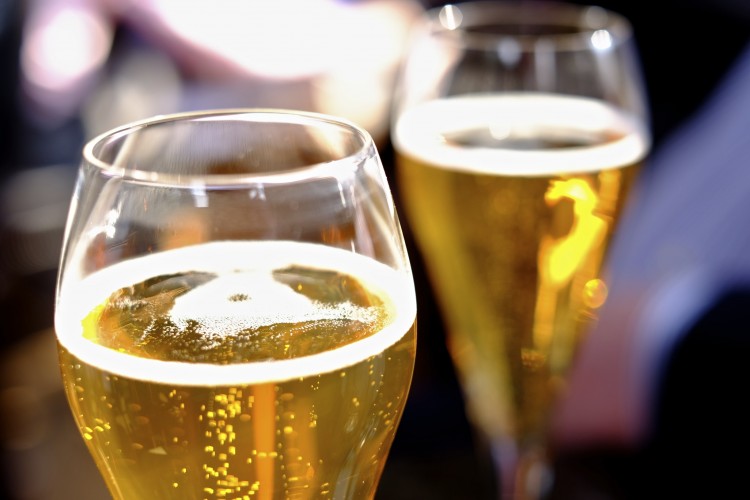 Tom Kerridge’s rise and rise has been widely publicised and rightly so but it didn’t happen overnight.  It has taken Tom and his team over nine years to gain those coveted two Michelin Stars for his ‘pub’ in Marlow Buckinghamshire. 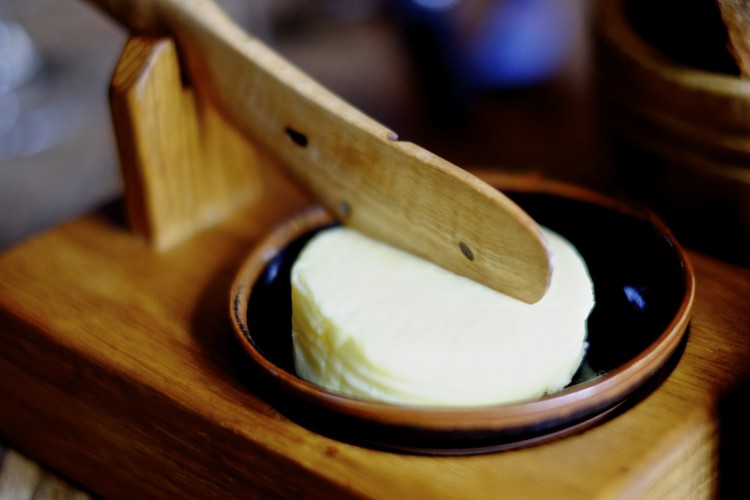 My brother-in-law who has an aversion to the Michelin Star ethos as well as their awarded restaurants had expressed more than a passing interest in The Hand and Flowers and had tried to book but was unable to get anything within six months.  I asked why he wanted to go, knowing his general dislike of ‘delicate’ food.  His reply was quick and to the point “He serves proper portions of food without all those dabs of sauce that there is never enough of”. 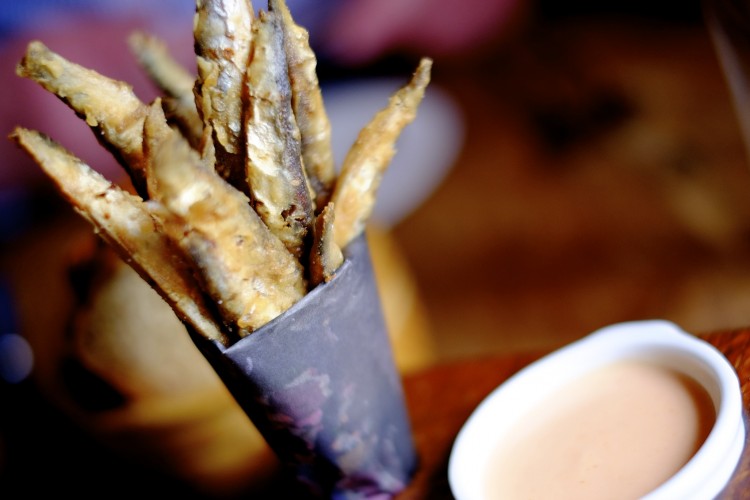 With a significant birthday approaching using a contact in the trade I managed to secure a table for two for his birthday.  I asked him to keep the date free but kept quiet about where we were going for a while but still trying to ascertain if he really was interested. 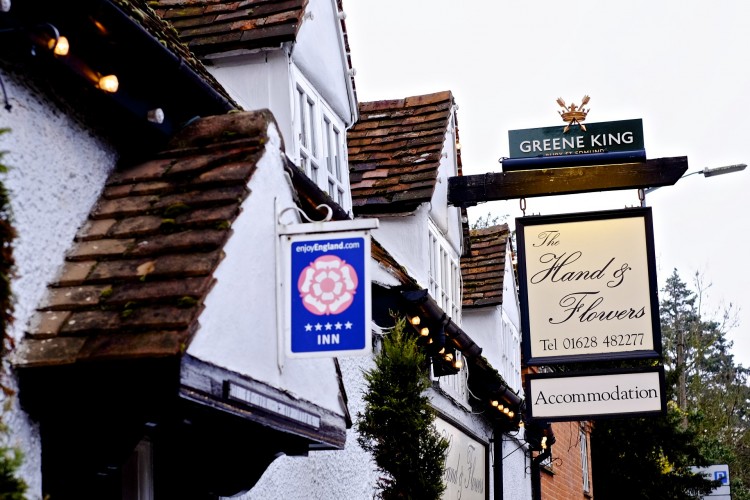 Some weeks later and I asked my sister if he had any idea where he was going, he had not.  I told him and he was delighted saying “ I’ve been trying to get in there for ages”.

So the day came and we arrived at the lovely riverside town of Marlow.  It is impossibly quaint and charming with a dinky little bridge over the Thames and an abundance of period properties.  The Hand and Flowers is an old pub with beams all over the place and a sympathetic extension made of green oak to one side side.  You enter the restaurant this way into the bar (where you can eat if you like) we enjoyed a glass of a ‘Champagne like’ cider and a beer before lunch. 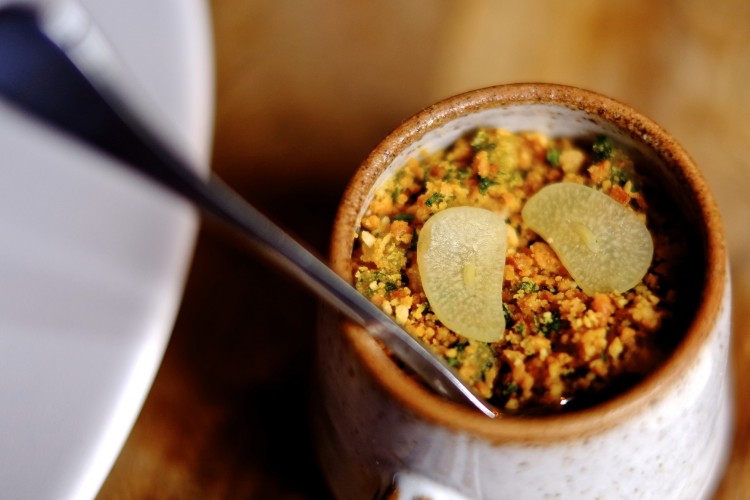 The prices are not for the feint hearted, my starter of Demi ‘En Cruet” of whole baby truffle with foie gras and port was £18.50 but tasted great.  The spherical pastry accompanied by a rich port reduction was a great start.  D the ‘significant birthday’ chose lovage soup with Bramley apple, smoked eel and ham and cheese tortellini. 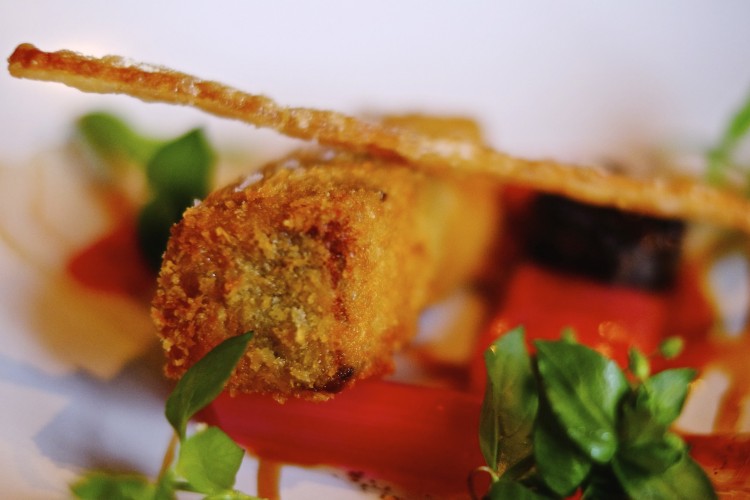 I managed to try the last drops of his soup just before he ate it all up pronouncing it was good.  Lovage has a very earthy, almost aniseed note to it.  We were so taken with the choice of starters that we shared a third, crispy pigs head with rhubarb, pancetta and chickweed.  This is not nearly as gruesome as it might sound.  The meat from the pig is formed into a baton and coated in crumbs then deep-fried sealing in the deep pork flavour.  We also had a pre-starter of a few whitebait and crusty bread. 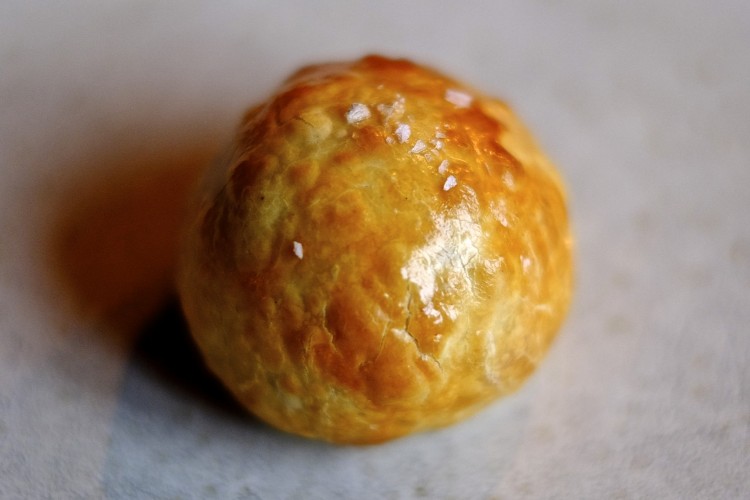 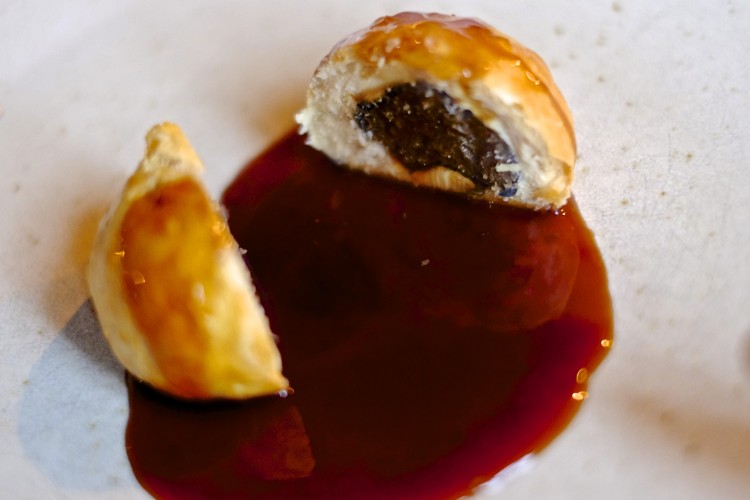 The feeling of being in a country pub is evident by the décor and higgledy piggeldy layout of the building.  Though we had plenty of room and a large table for two it pulls off being intimate but open. 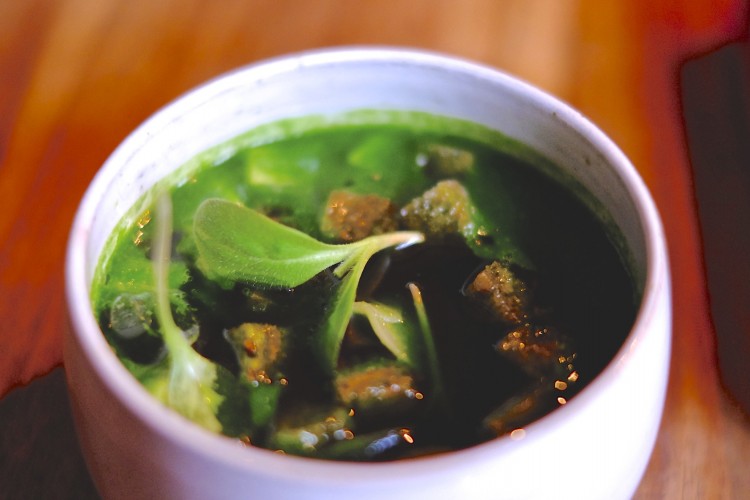 My rump of veal was served with asparagus, ossobuco and polenta gremolata.  The polenta was gorgeous.  Tom Kerridge’s love of earthy robust flavours is all over this menu.  The predominant note with this dish was the ossobuco, the meat was very tender and there was another solid tasting Madeira sauce.  D had Essex lamb “bun” with sweetbreads and salsa verde.  The bun turned out to be pastry shrouding a lamb chop with the bone poking through. 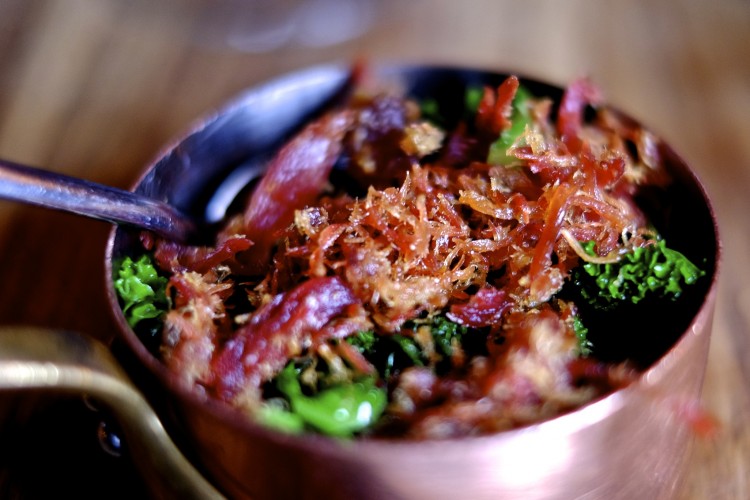 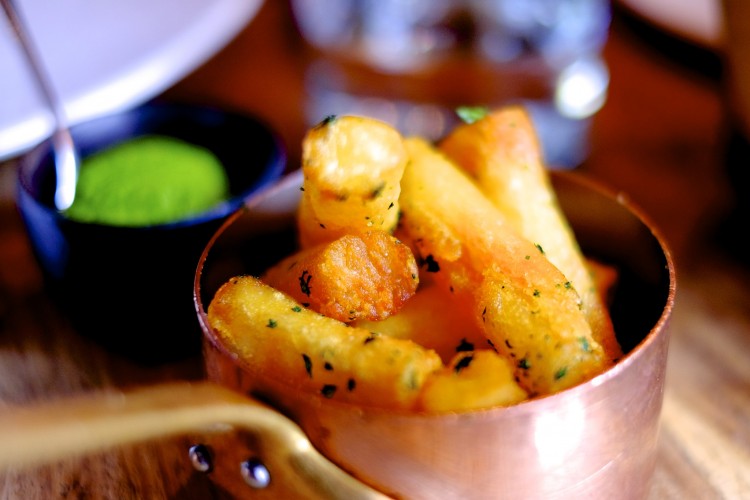 D ate it all (he didn’t really understand the rules of reviewing where by you share a little of everything) It was his birthday prerogative to do so.  We also couldn’t resist some the ‘famous’ chips.  These are cylindrical in shape and closer to roast potatoes than chips.  They didn’t last long as I made sure my share was eaten.  A curly kale with crispy ham hock was a good side as well. 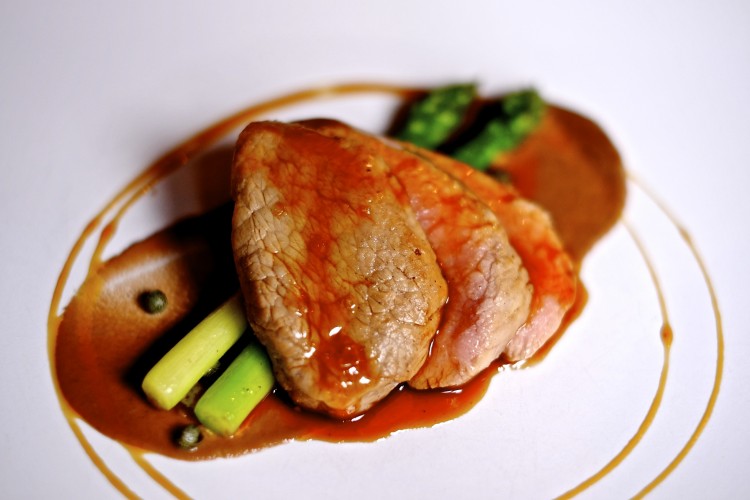 The desserts were tempting but D had had enough so I went for a cheese board and two knives.  Now here’s a funny thing, when the cheese was being explained to me I was told that one (which was a soft cheese) was ‘Cheddar like’ I questioned why there weren’t any hard cheeses on the board and was referred back to the ‘Cheddar like’ I thought this a bit odd.  The cheeses were fine but a selection should have a least one hard on the plate. 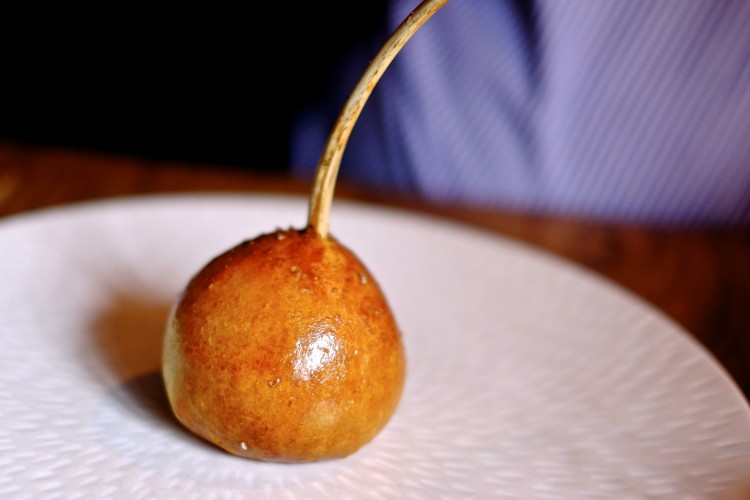 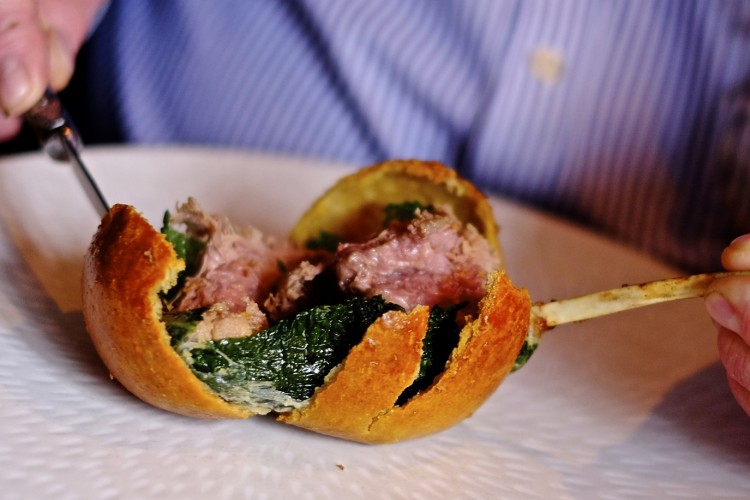 So we paid and left, it was still very busy late into the afternoon.  People travel some distance for this food in the lovely old building despite the high prices, the mains are all into the late £20’s and £30’s, as I looked at the bar section of the bill I realised we had been given our glass of cider as complementary (which is always nice, thank you) but that the lagers (Estrella) we had were a whopping  £5.50 a pint!  The Hand and Flowers is Britain’s only pub awarded two Michelin stars and also four AA rosettes.  Good food, expensive beer, you win some you loose some. 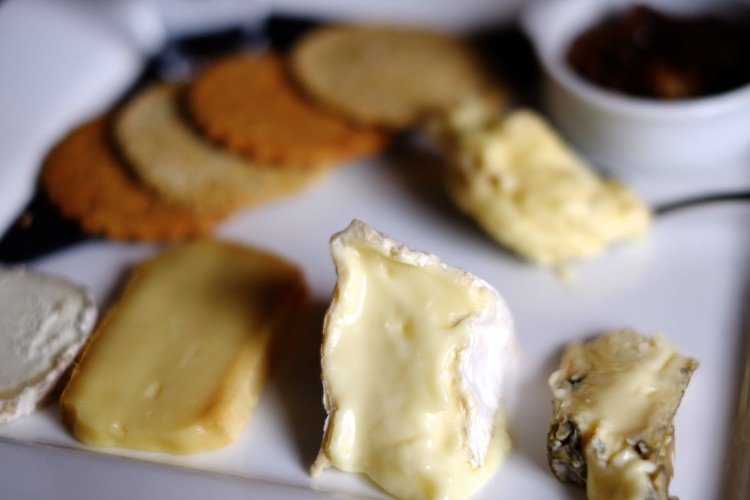