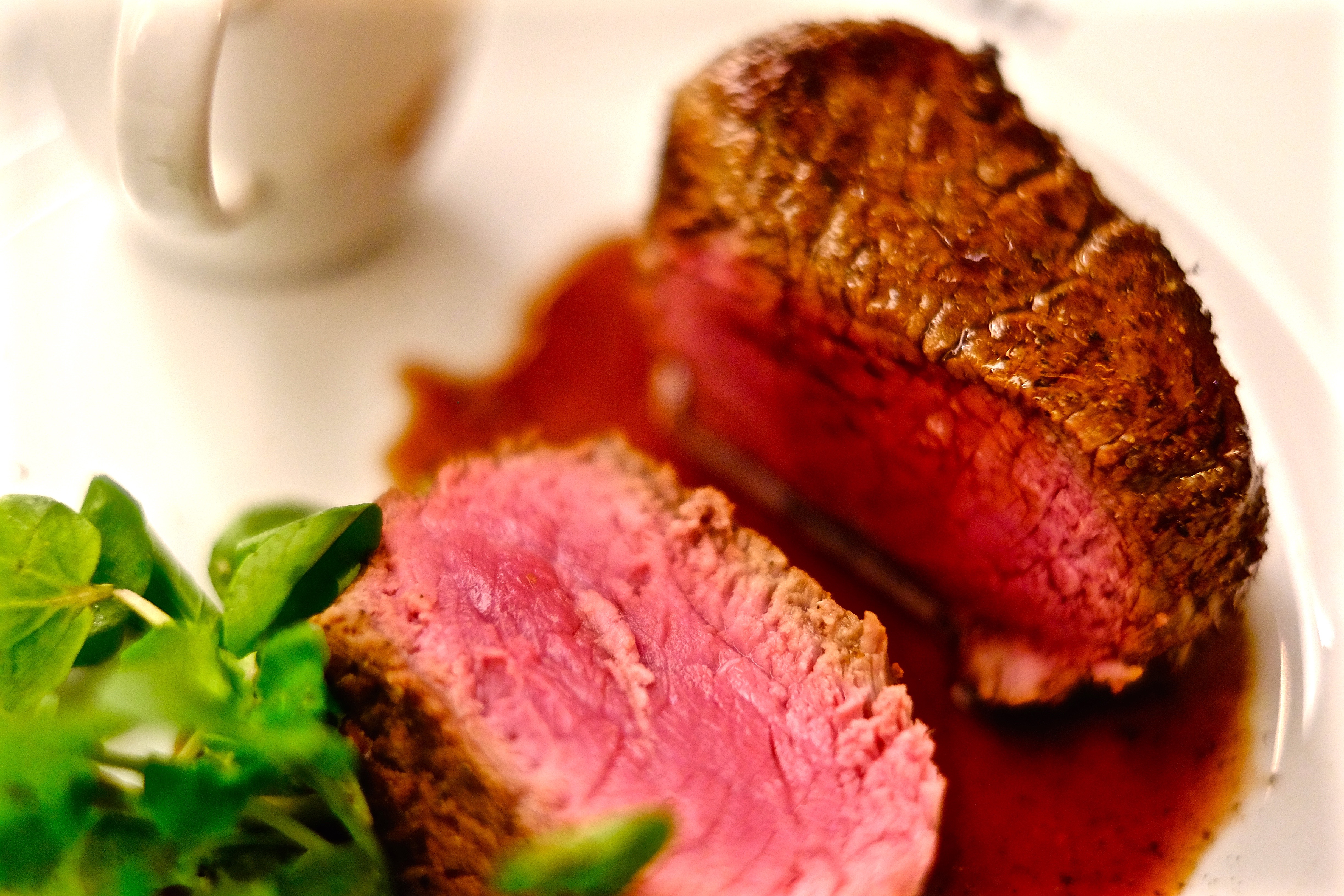 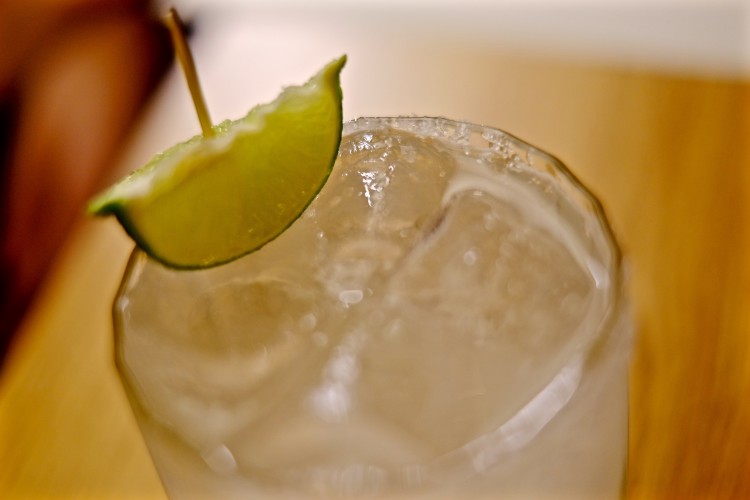 I had been to The Henry Root before a few years ago but as it has recently relaunched I thought I’d better check it out. It sits at the end of Park Lane one of those lovely Chelsea streets that look like they are from a Richard Curtis movie. In other words it looks like a perfect picture of London stuccoed terraced houses all neat and trim, especially with the autumn leaves swirling around my feet as I entered the restaurant. 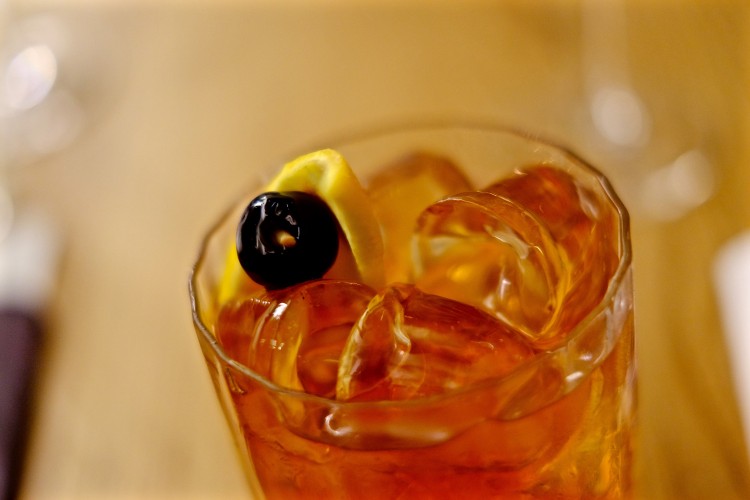 It has had a good sprucing up with what seemed to be a slightly larger room decorated in neutral colours. Our table was at the back in the corner, the perfect spot to watch the restaurant and also not too far from the kitchen to see what was emerging. 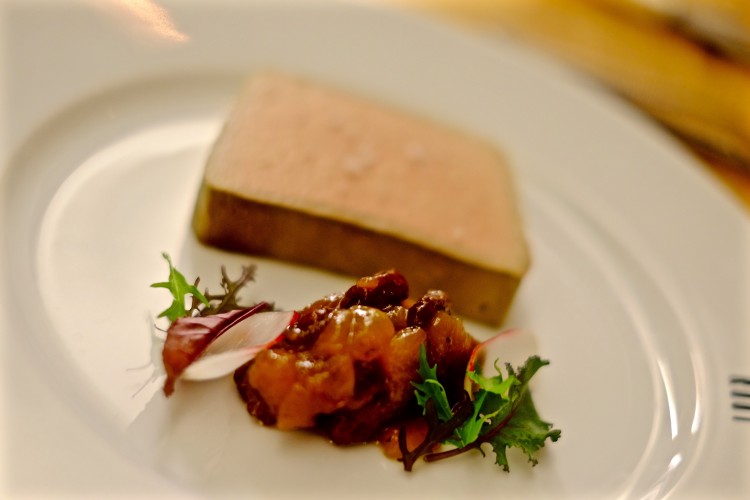 I arrived with a good 15 minutes to spare and sat waiting for my companion J. She has in the past excelled at being late (mostly not her fault) but of late (excuse the pun) she has Greenwich Meantime accuracy about her. She walked in 10 minutes early (she must have adjusted her clock). This I was to find out is exactly the sort of place J loves. Being a ‘port out, starboard home’ sort of girl that didn’t surprise me as she could easily live in Chelsea and get away with it. 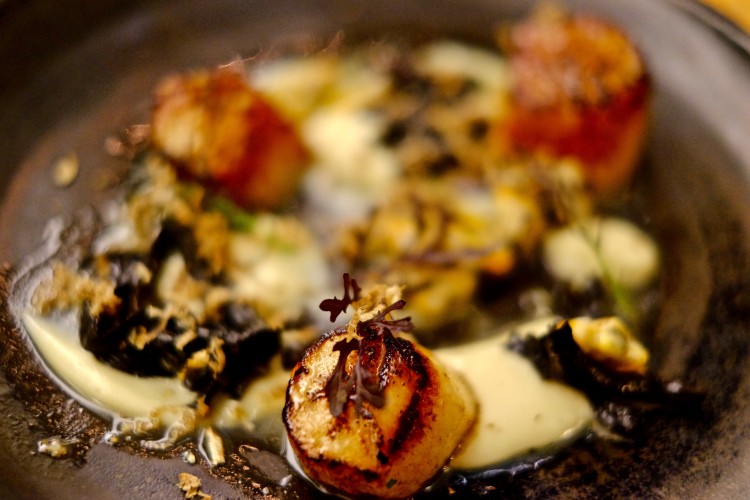 The drinks menu enticed us to have a couple of cocktails. J had a margarita and I had an old fashioned. Both were expertly made with mine being particularly chilled – just the way I like them. The wine list is good too with lots on offer. 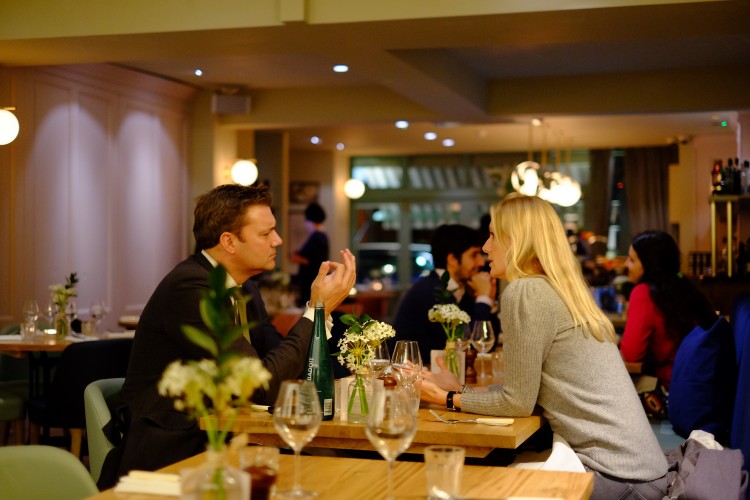 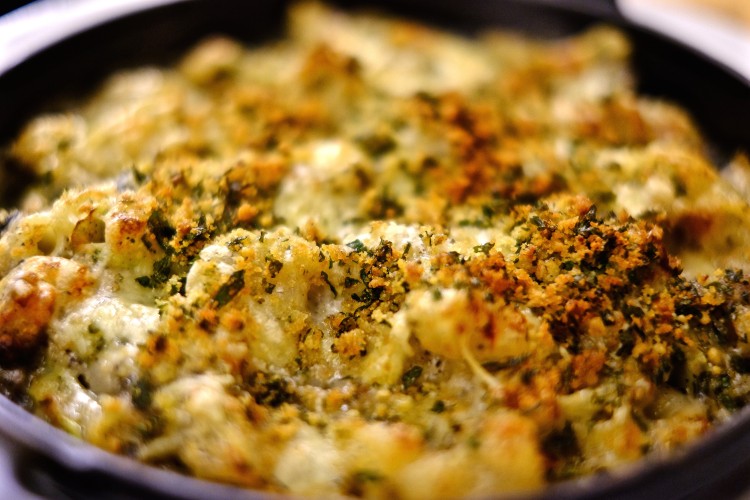 The menu falls into the safe and classic category and that’s no bad thing in my mind. Smoked trout or Paignton crab were on offer as was Serrano ham croquettes but what lit up J’s eyes was chicken liver and foie gras parfait with sherry poached pears and a toasted brioche. This was rich and sweet and rather delicious. With the pears cutting through the pâté and the brioche leaving a sweet note with every mouthful, J approved. I was taken with hand dived scallops not just because I like them but in this case they came with Alba truffles. I love autumn for its larder as much as the weather. There were cockles and an artichoke puree on the plate as well. 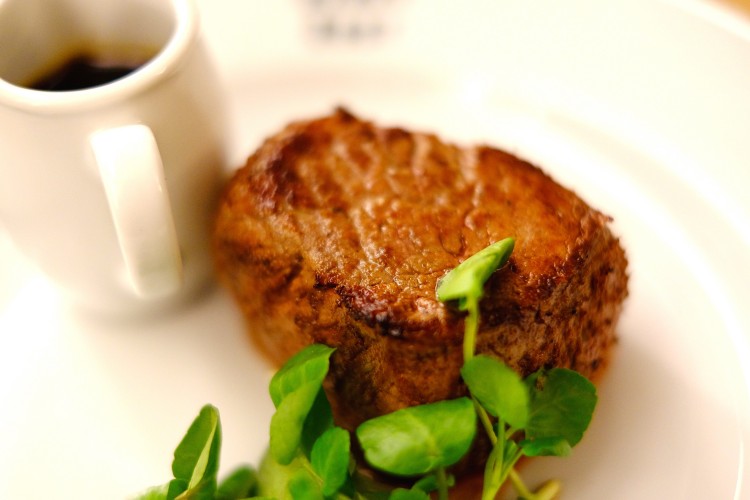 So we were off to a good start, I was surprised that J had ordered such an old school classic as she has always struck me as a very light starter followed by an even lighter main. I’m not sure where she puts it all. We glanced around the restaurant to see who our fellow patrons were. A typical Chelsea lot, well dressed and an above average use of neck ties by the male contingent. Maybe I’m missing a sartorial trick but I thought that they were on the way out unless you’re meeting your prospective father-in-law or the bank manager. But the atmosphere was relaxed and plenty of laughter flowed. A few people were just hanging at the bar, which is good see. Too many restaurants profess to encourage ‘just drinks’ but make it quite hard to achieve it so well done The Henry Root for pulling it off. 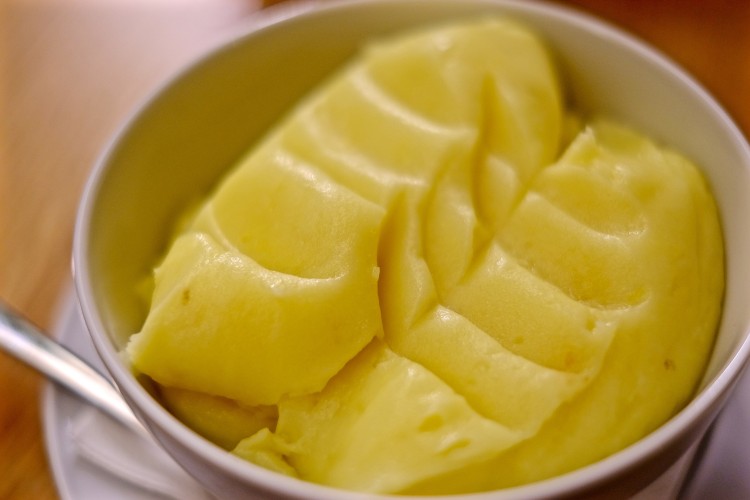 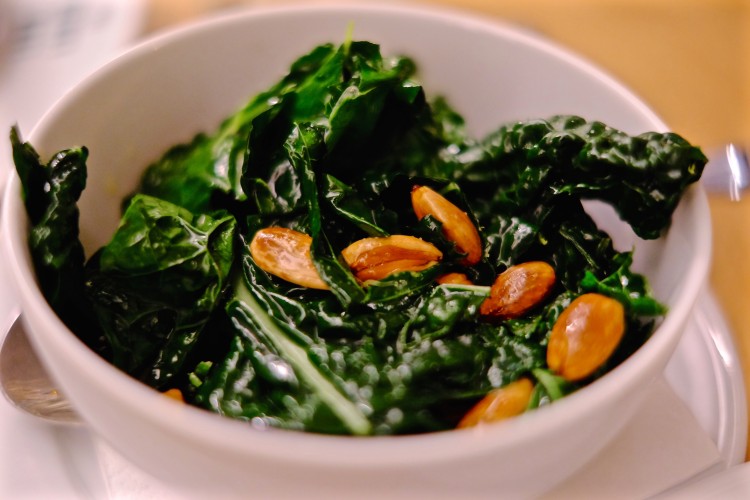 Mains and more revelations from J, she ordered macaroni cheese with a black truffle and parsley crumb. All hail autumn again. And there was I thinking she would have chosen the grilled sea bass or half native lobster. But no, J went straight for the carbs. She chose well as it had all the joy of a warm pasta al forno but with the added allure of truffles. My 7oz steak seemed positively pedestrian in comparison except it wasn’t pedestrian at all. It was fantastic, perfectly cooked and Scottish grass fed I was assured. A side of kale and almonds made a pleasant change from spinach and I chose a red wine sauce to go with my steak. 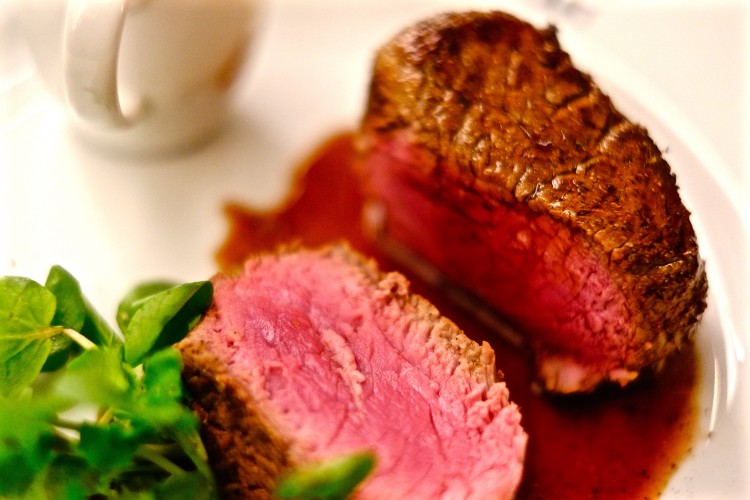 You might be forgiven for thinking that The Henry Root is one of those exclusive SW diners that only lets people in who are wearing a tie, far from it. Their weekend brunches are legendary family magnets with kids all over the place and lots of fried solutions for those suffering from an excess of merlot the night before. 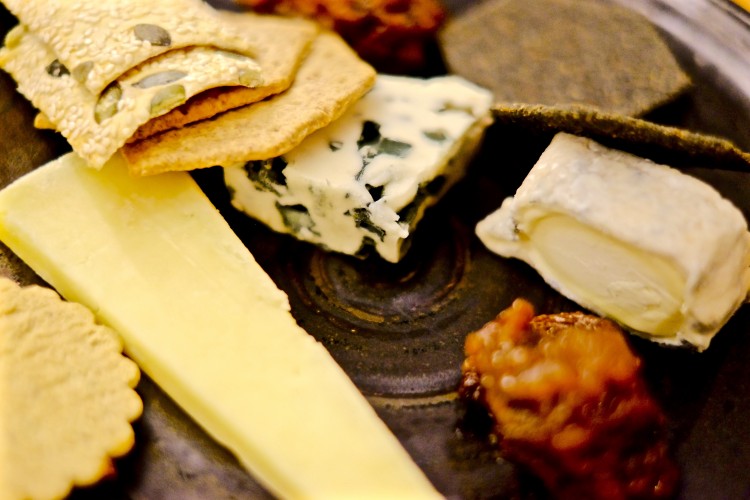 The Henry Root has come of age with a fully formed menu, charming staff (Eva’s the manager and couldn’t be more helpful) and a relaxing interior. I guess my only concern is should I have been wearing a tie so that I looked like I had been made in Chelsea or even ready for my close up in the next Richard Curtis film? 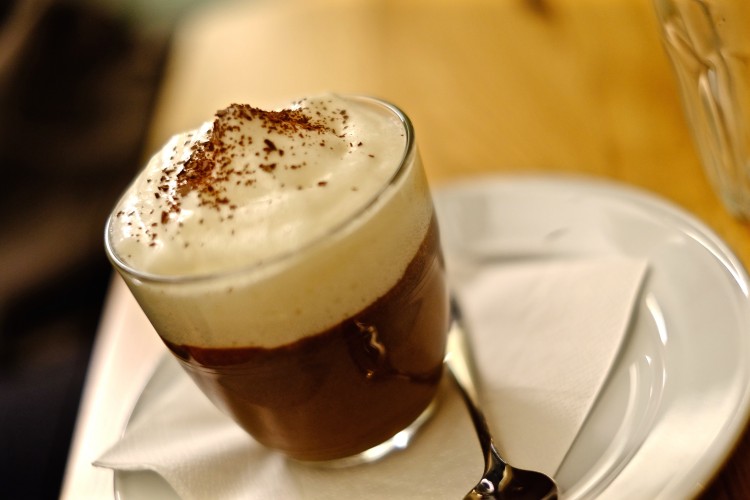