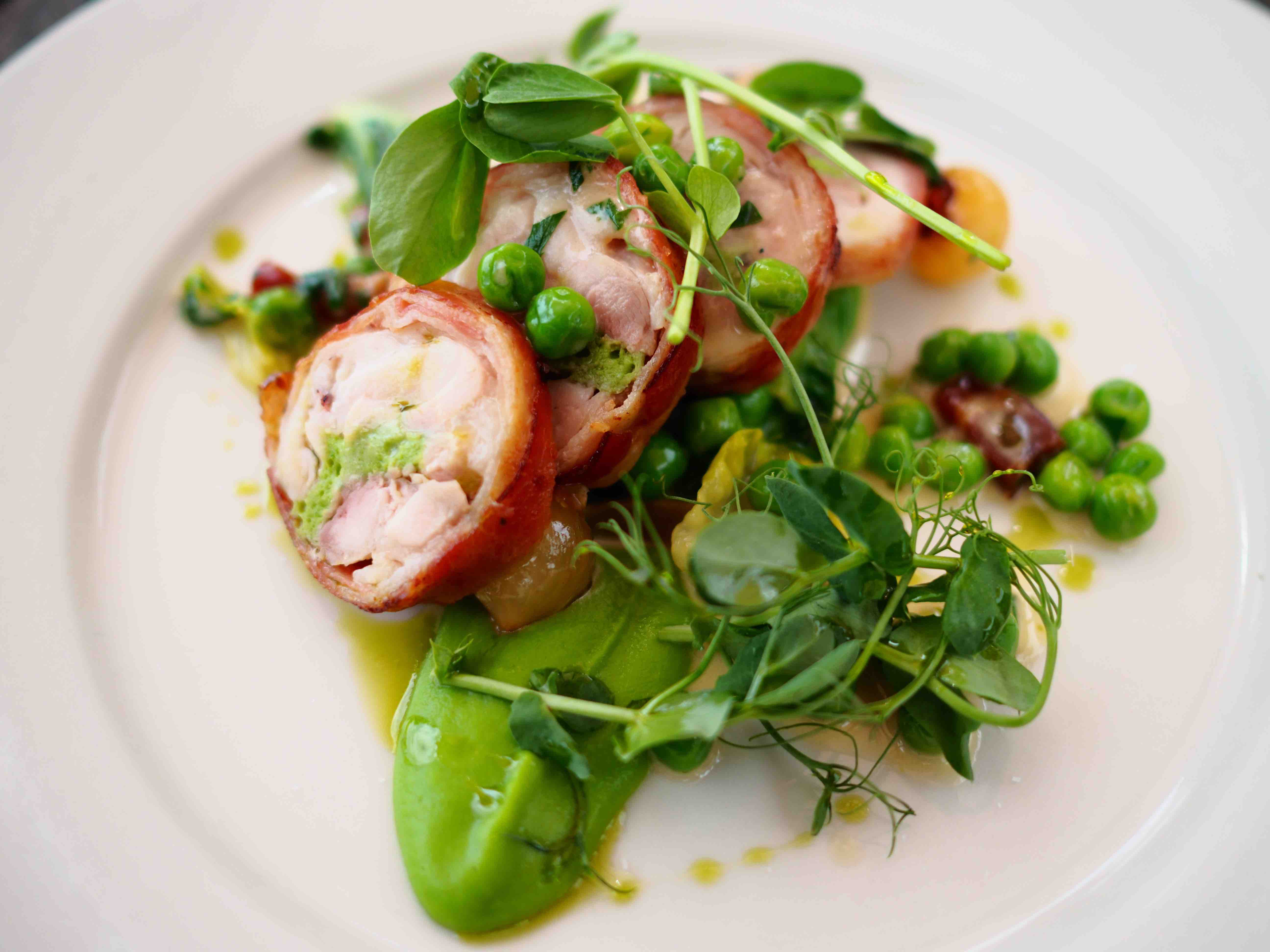 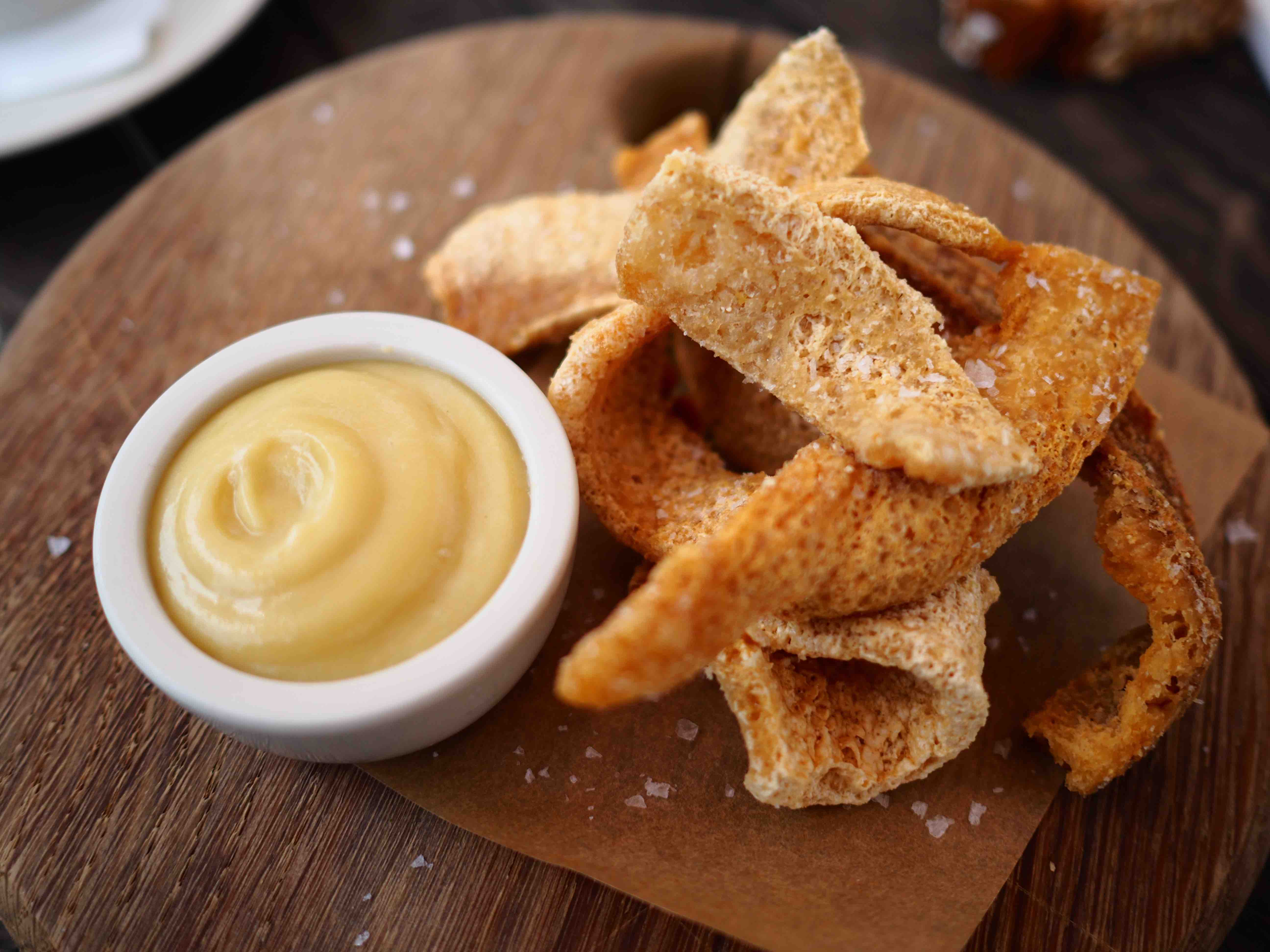 When I have those day dreams that we all have from time to time about leaving the city for a calmer life away from ‘here’ with ‘great views by the sea’, ‘somewhere quiet’, ‘comfortable’, ‘outstanding food’ well I’ve just discovered that place. 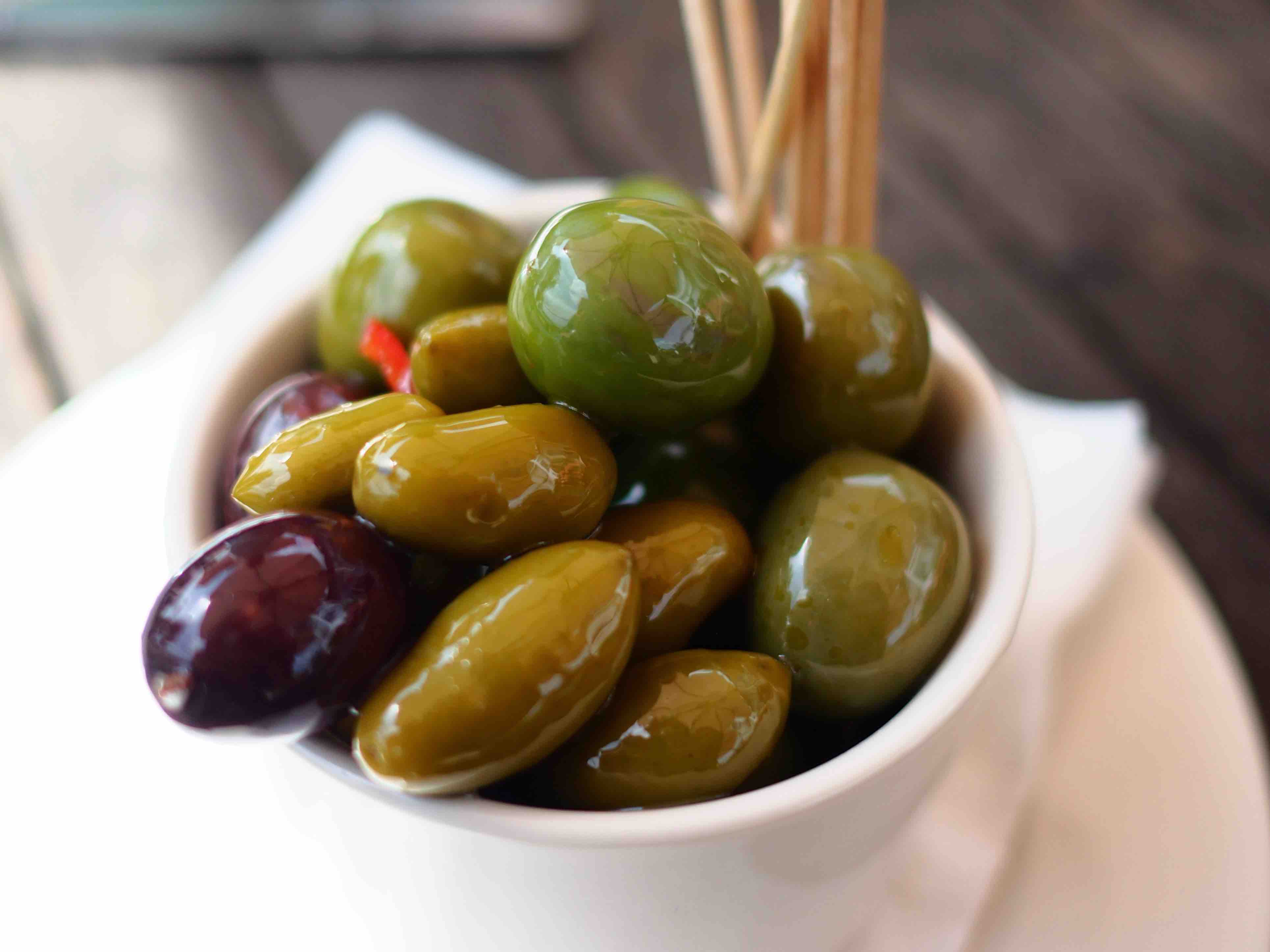 Mousehole is a place I’ve been to many times but not in the last six years otherwise I’d have heard of The Old Coastguard, a small hotel with just 14 rooms (most with sea views) a charming garden then rolls out to the sea (with a gate at the bottom for your post prandial) and staff that could, if pushed charm the fish from the sea. This is one of three establishments run by Eat Drink Sleep they have The Gurnard’s Head in North Cornwall and The Felin Fach Griffin near Hay-on-Wye. 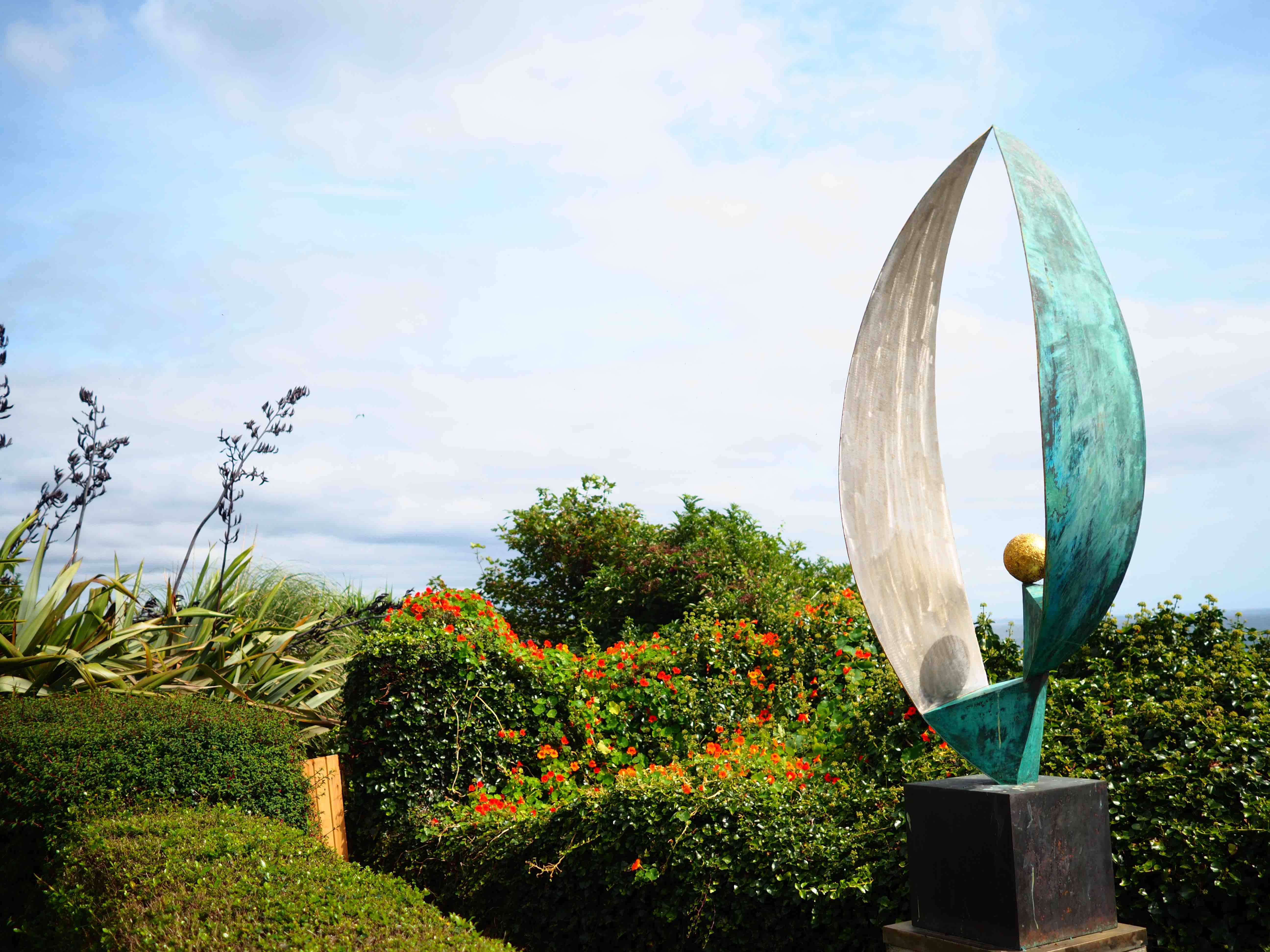 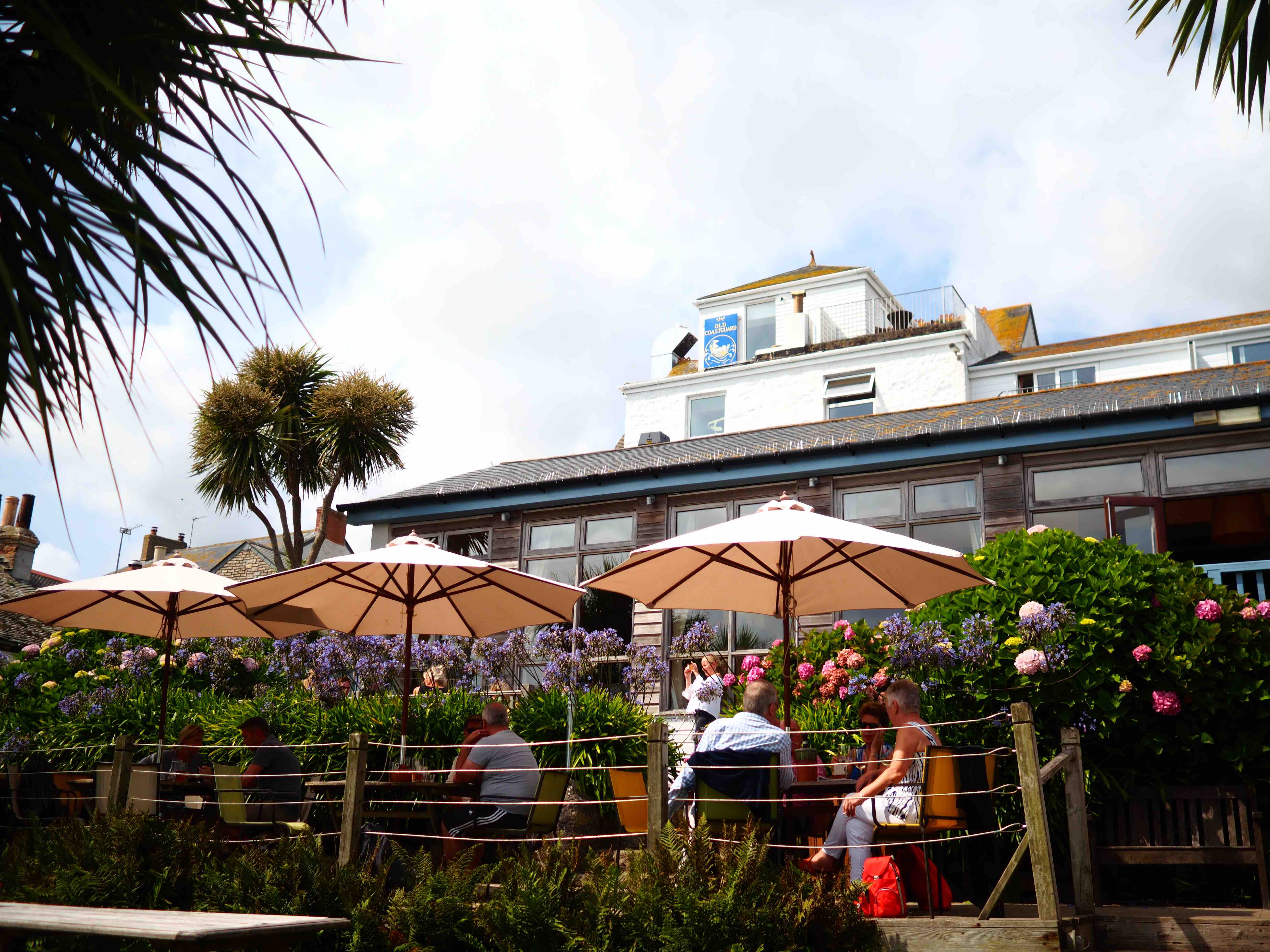 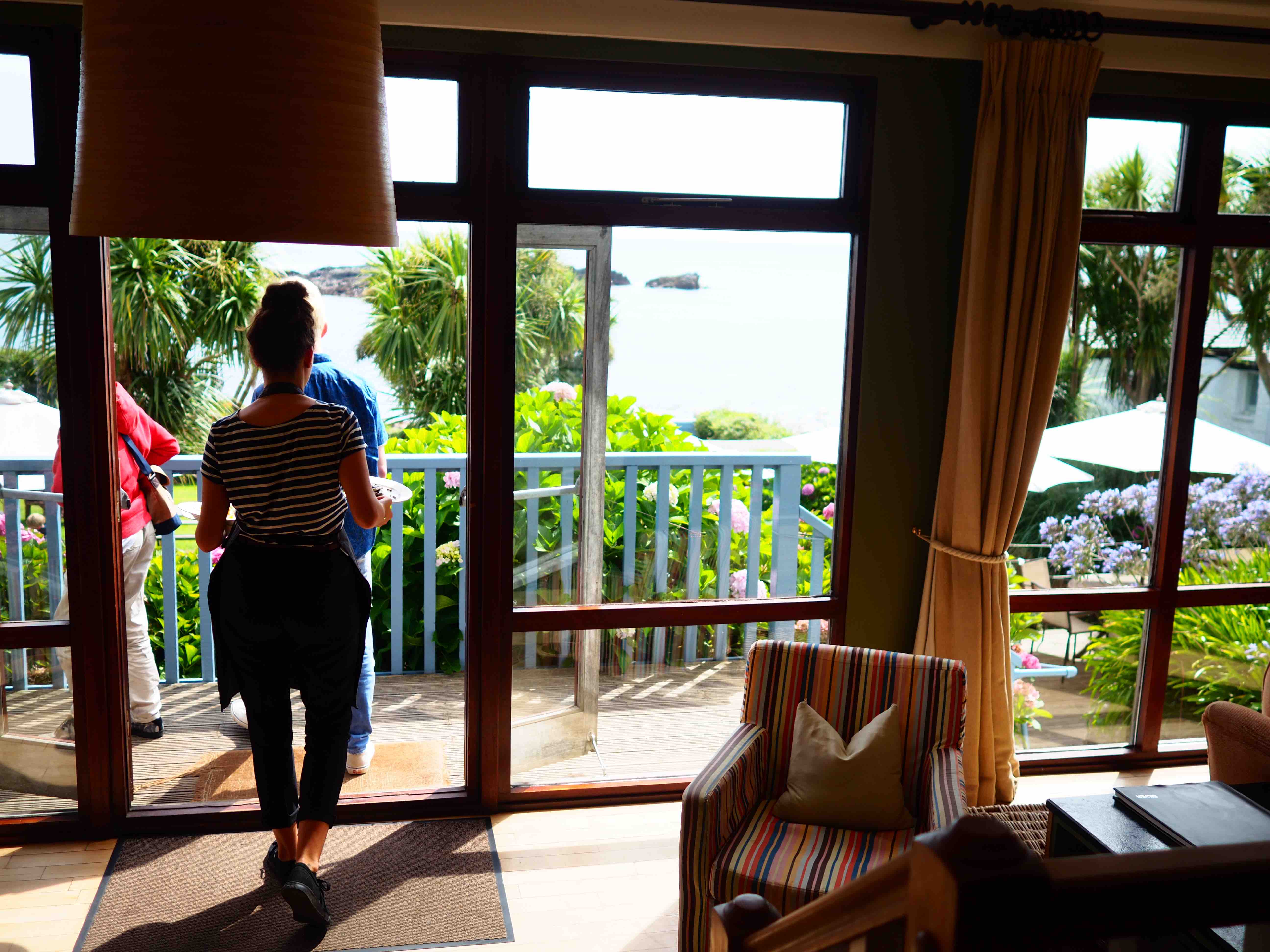 The menu in the downstairs restaurant (with killer views, St. Michael’s Mount The Lizard etc) is considered and well priced. All the fish is from Newlyn down the road and the meat sourced from farms across Cornwall. The term ‘relaxed atmosphere’ doesn’t even begin to cover it. This place is chilled beyond belief. I’d defy anyone not to feel better after an hour or two here. 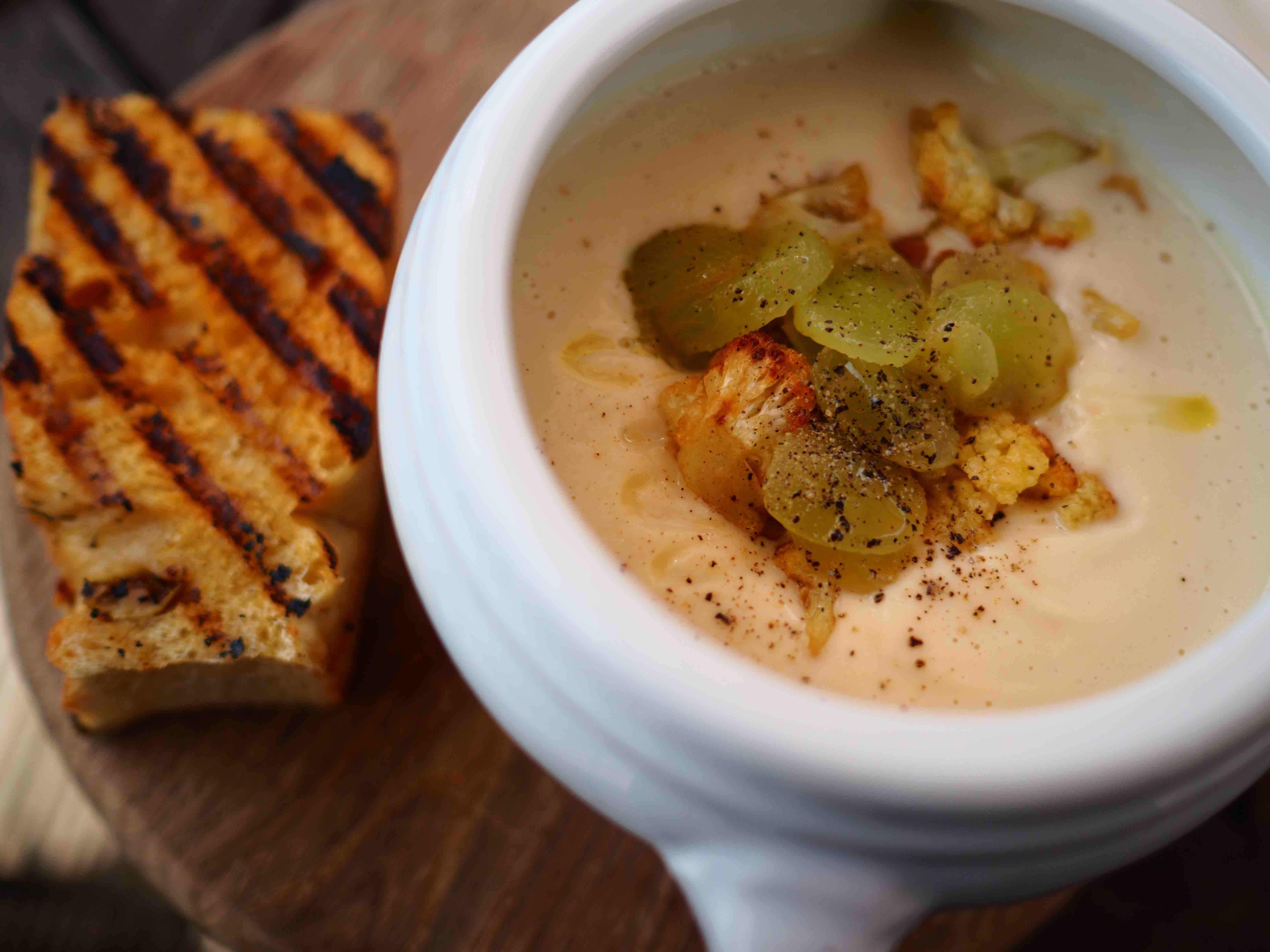 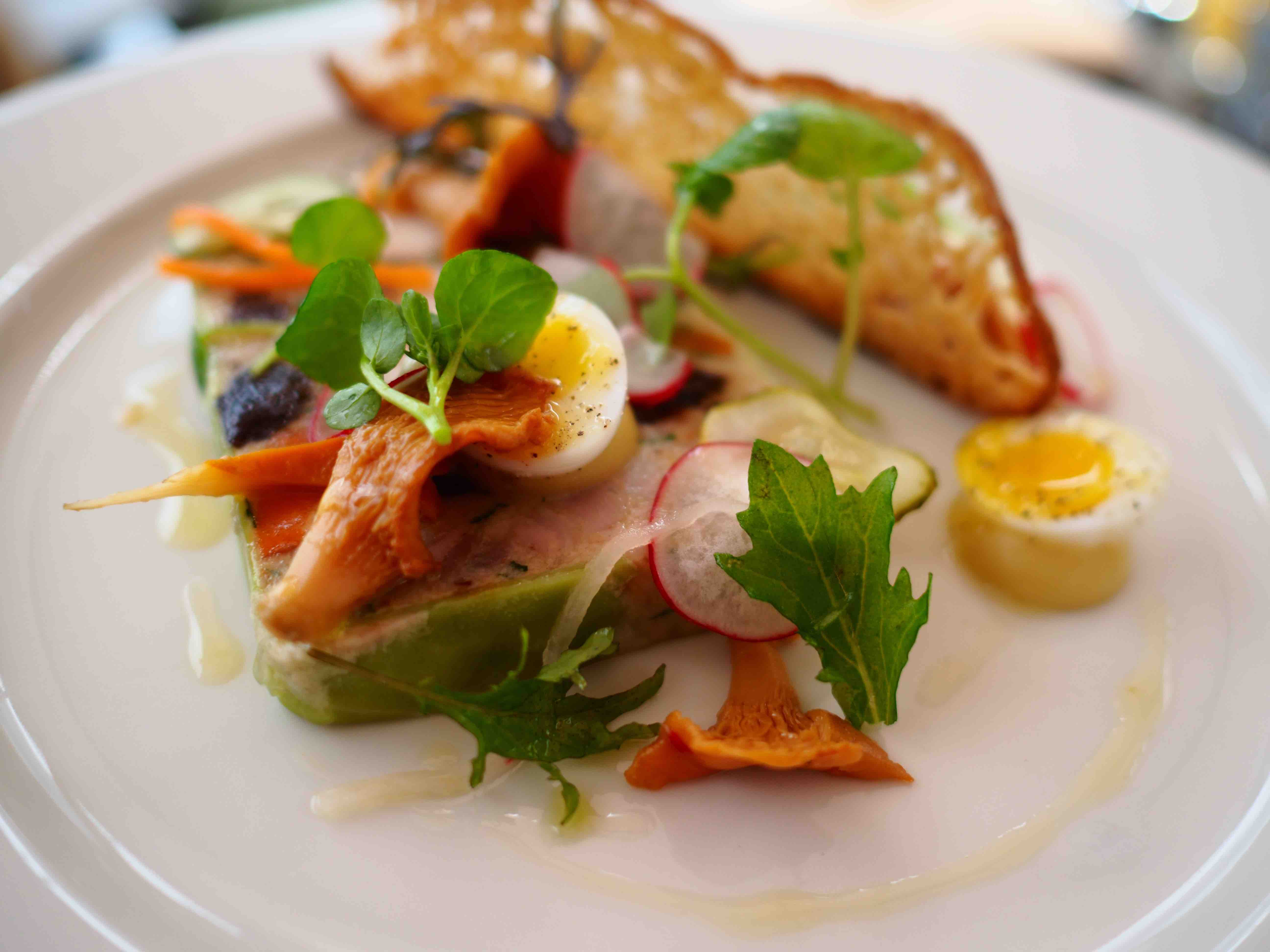 Mixed olives and pork crackling with an apple mustard sauce didn’t break our teeth while we perused the menu. Unsurprisingly there is quite a lot of fish on the menu but enough meat to keep the non-pescatarians smiling. Varieties of bread arrived with lovely butter. 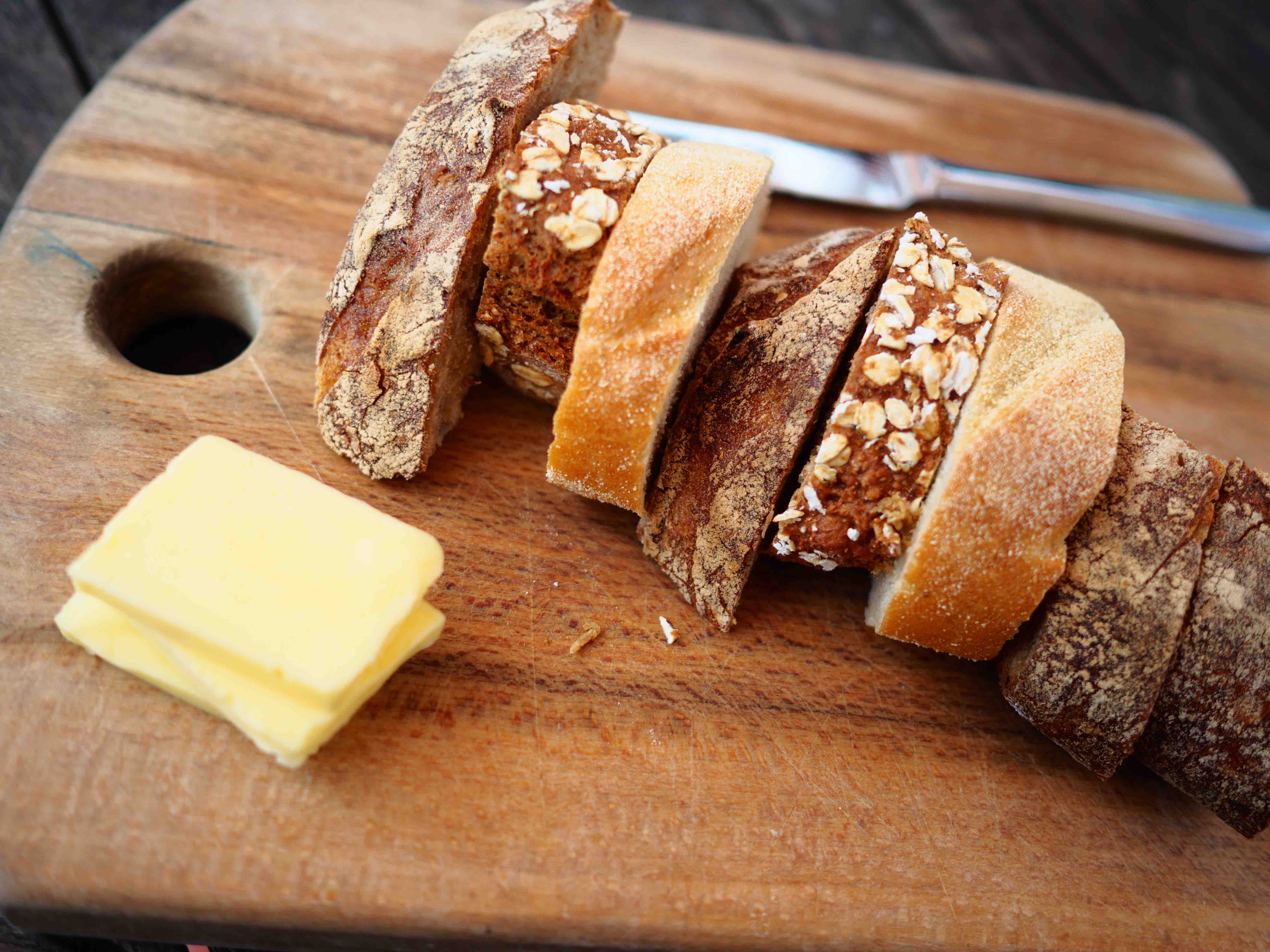 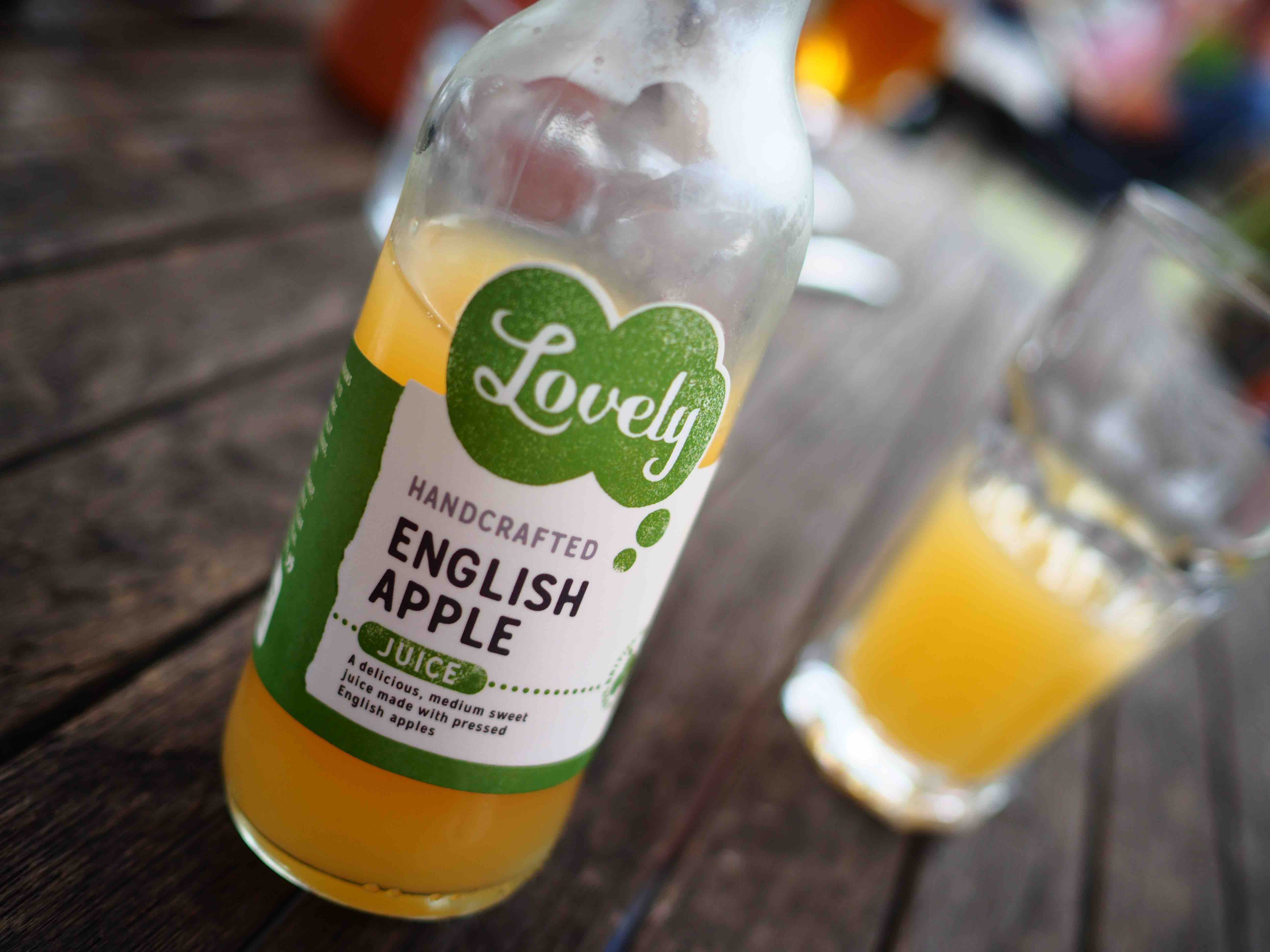 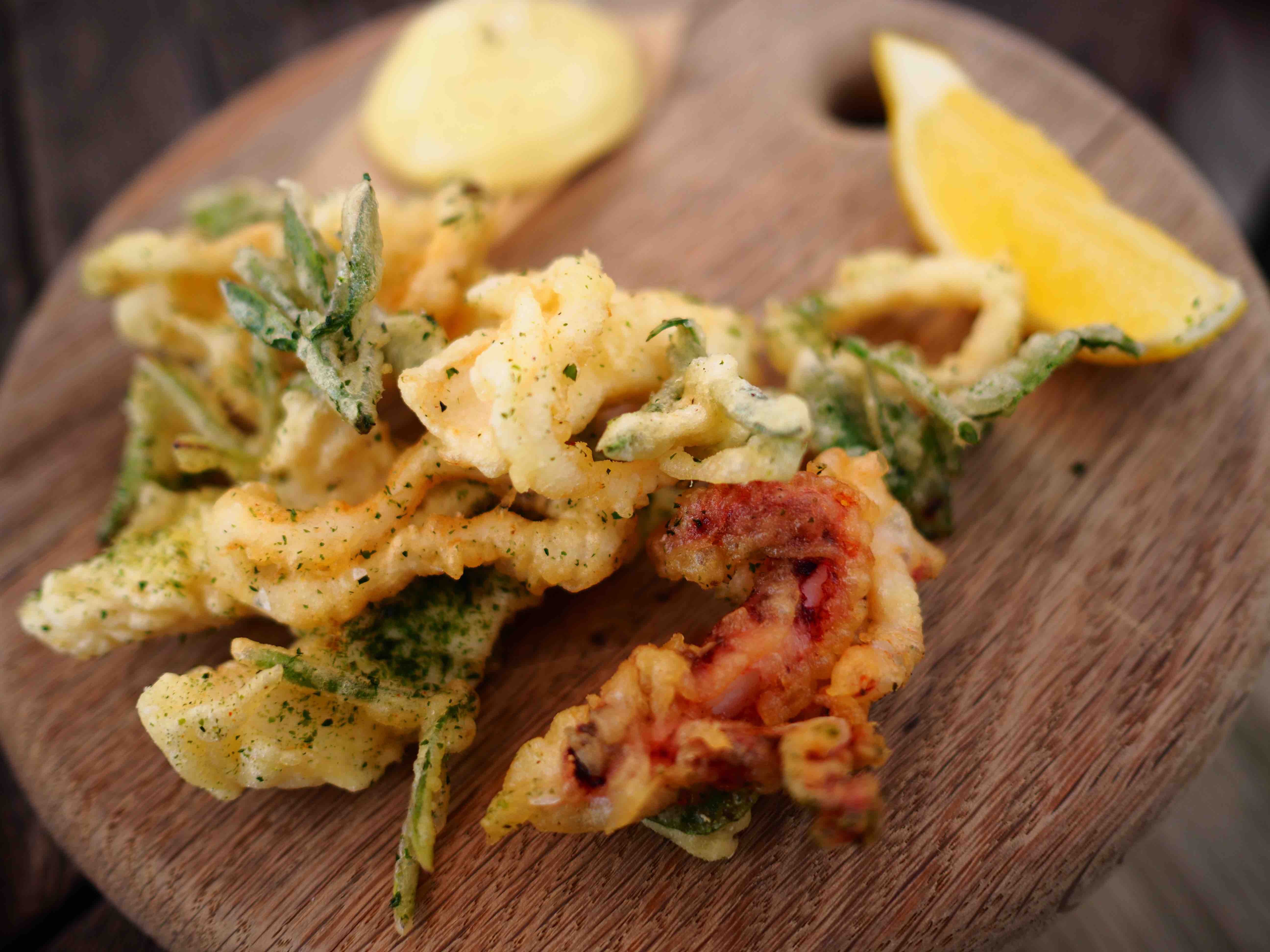 Greek cauliflower skordalia soup with grapes and an almond focaccia was creamy without being too filling. My pancetta rolled chicken with French style peas was delicious, fresh as could be and looked like a painting. The boys had rabbit terrine and salt and pepper seafood tempura (light and crispy) with curry mayonnaise. And these were just the starters. 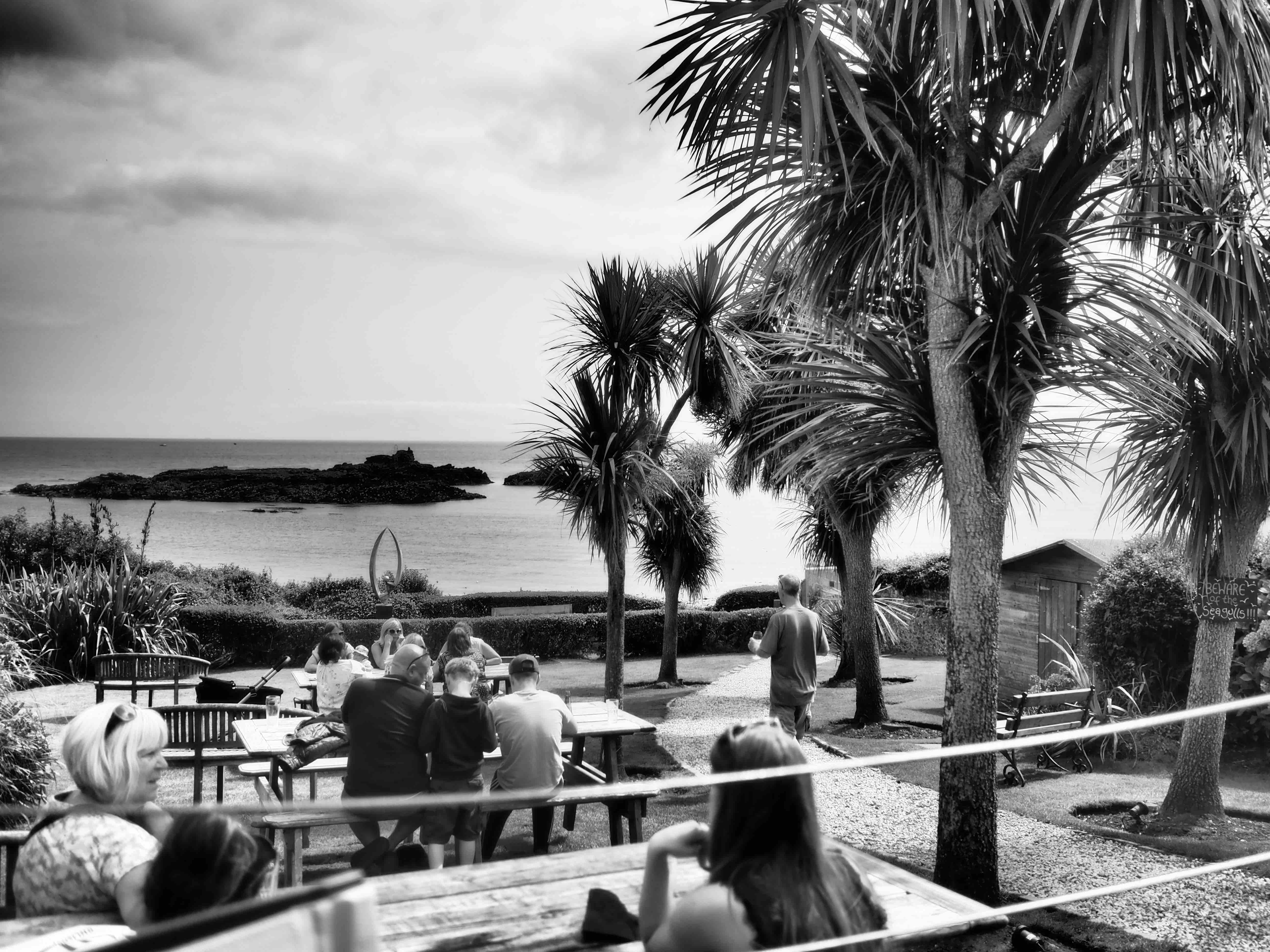 The rooms are like a Farrow and Ball swatch card. All earthy, natural and subtle colours that all add to the ‘just called in on a friend who’s got better taste than you’ look. The rooms have thoughtful touches like a Roberts Radio, Bramley toiletries and lots of books to loose yourself in. 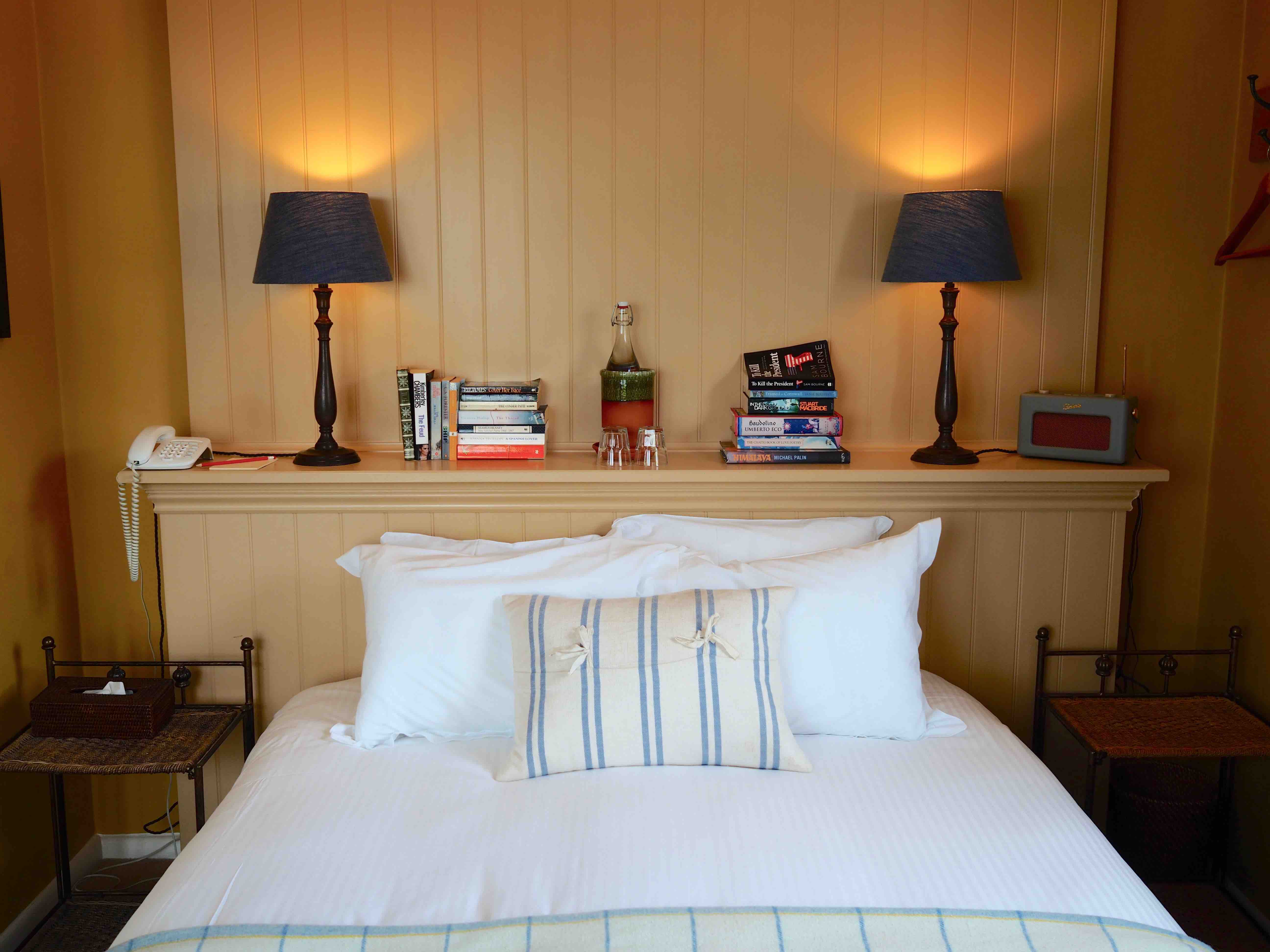 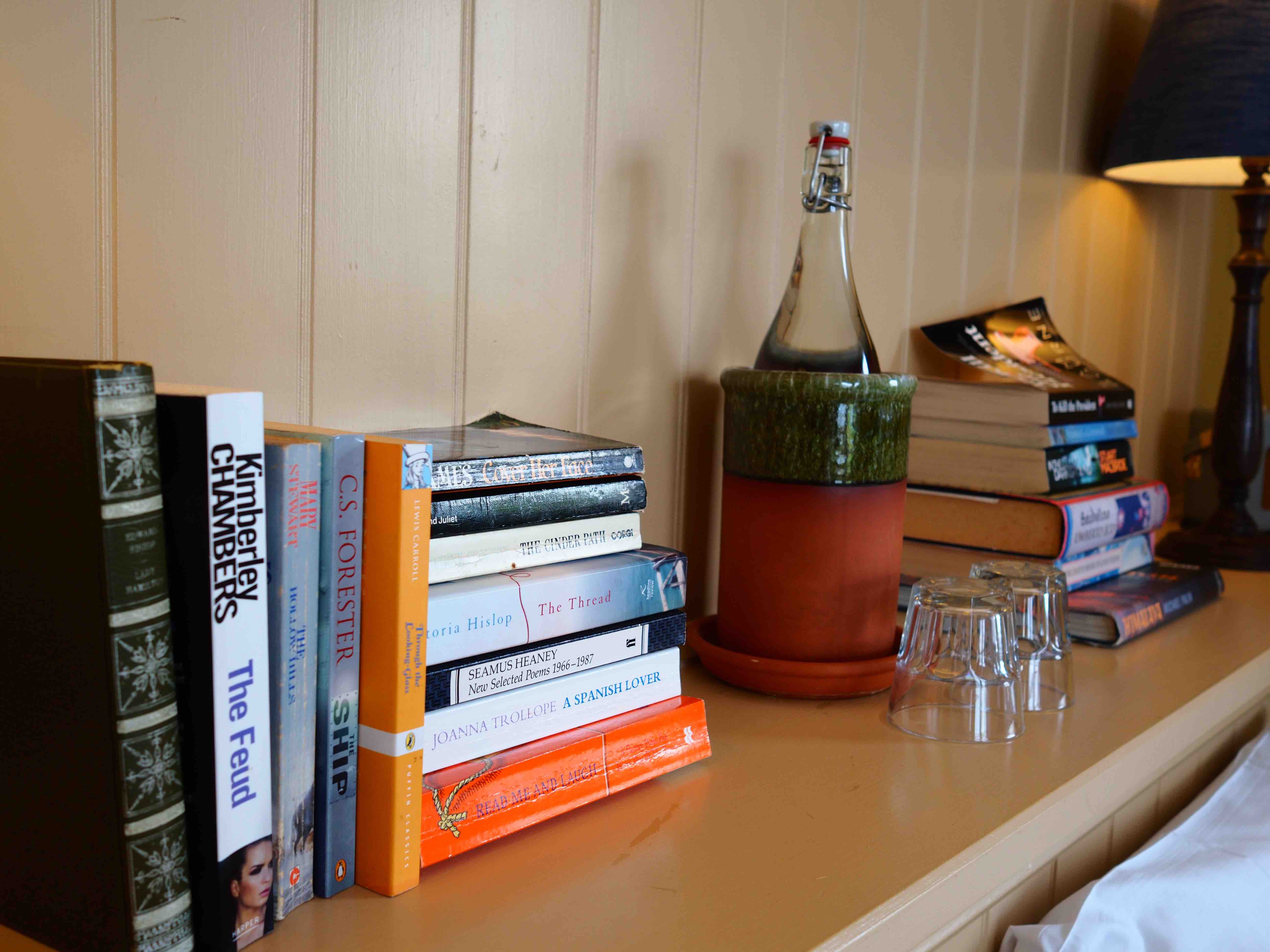 Highlights of the mains included Primrose herd pork loin with wild mushroom linguine, spinach and Grand Padano and a brave and successful attempt at Middle Eastern cooking with a Harissa aubergine and chick pea stew, duck egg, mint lebnah, almond and a chilli flat bread. There was some good hake with preserved lemons too. 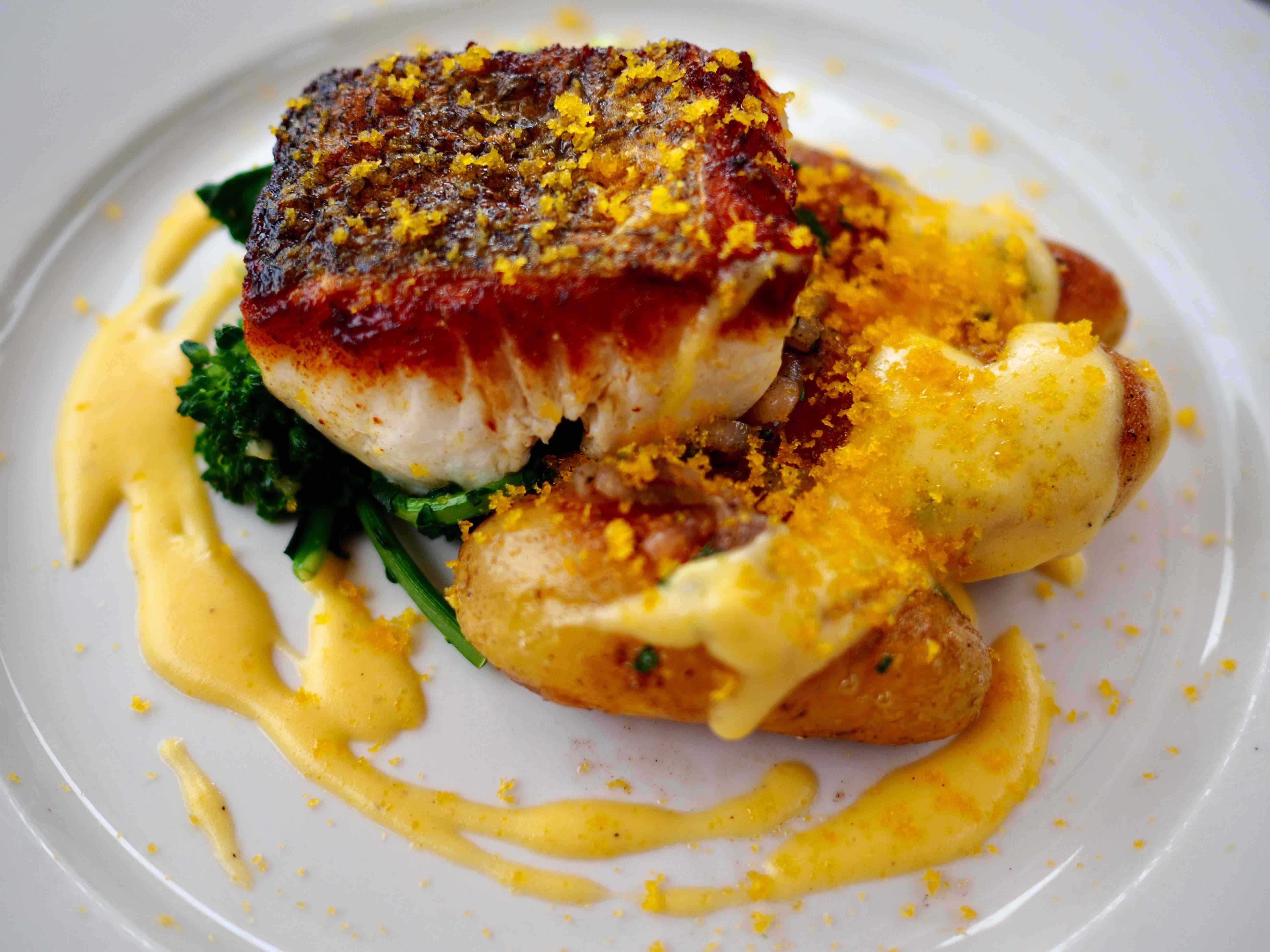 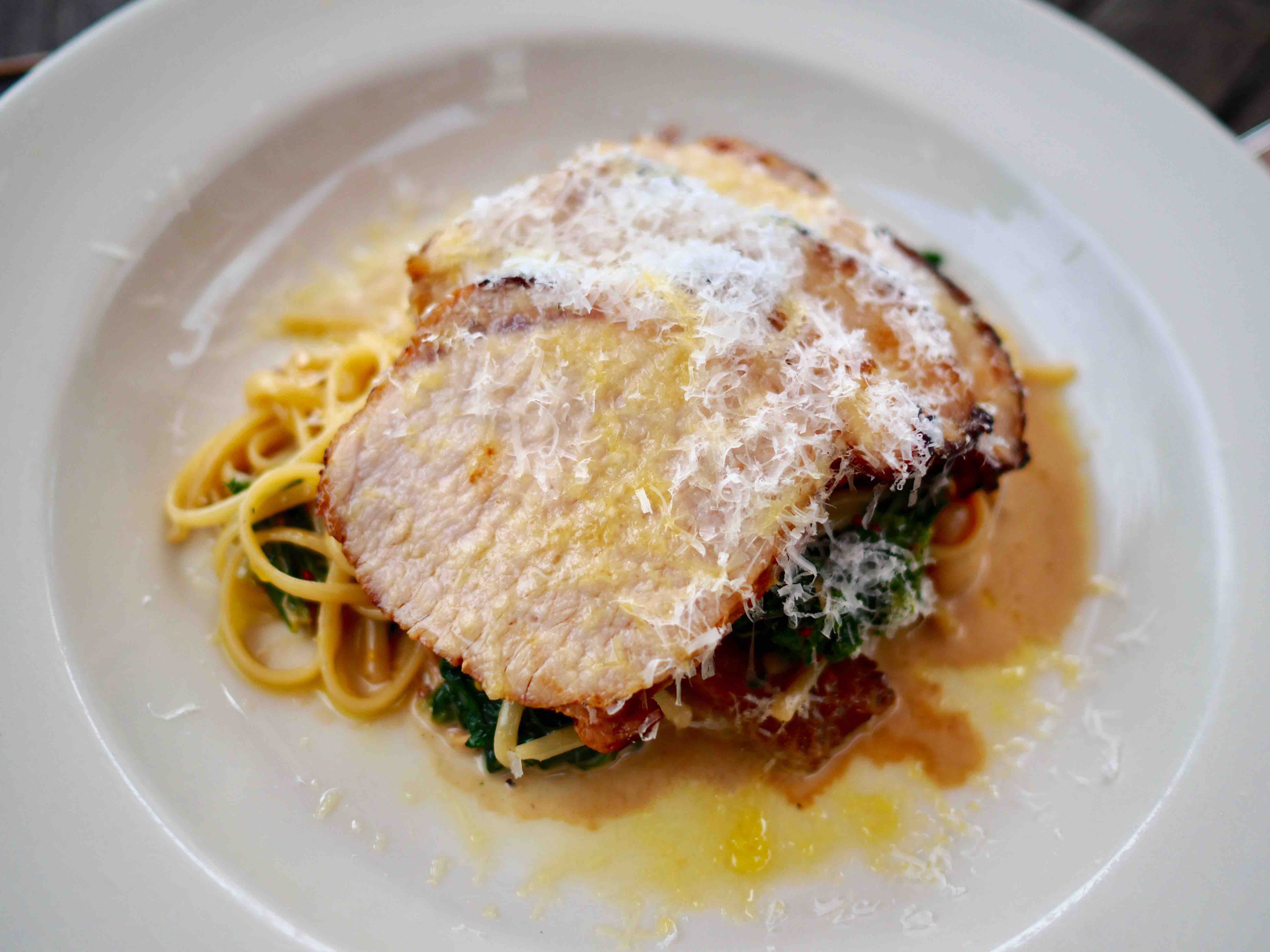 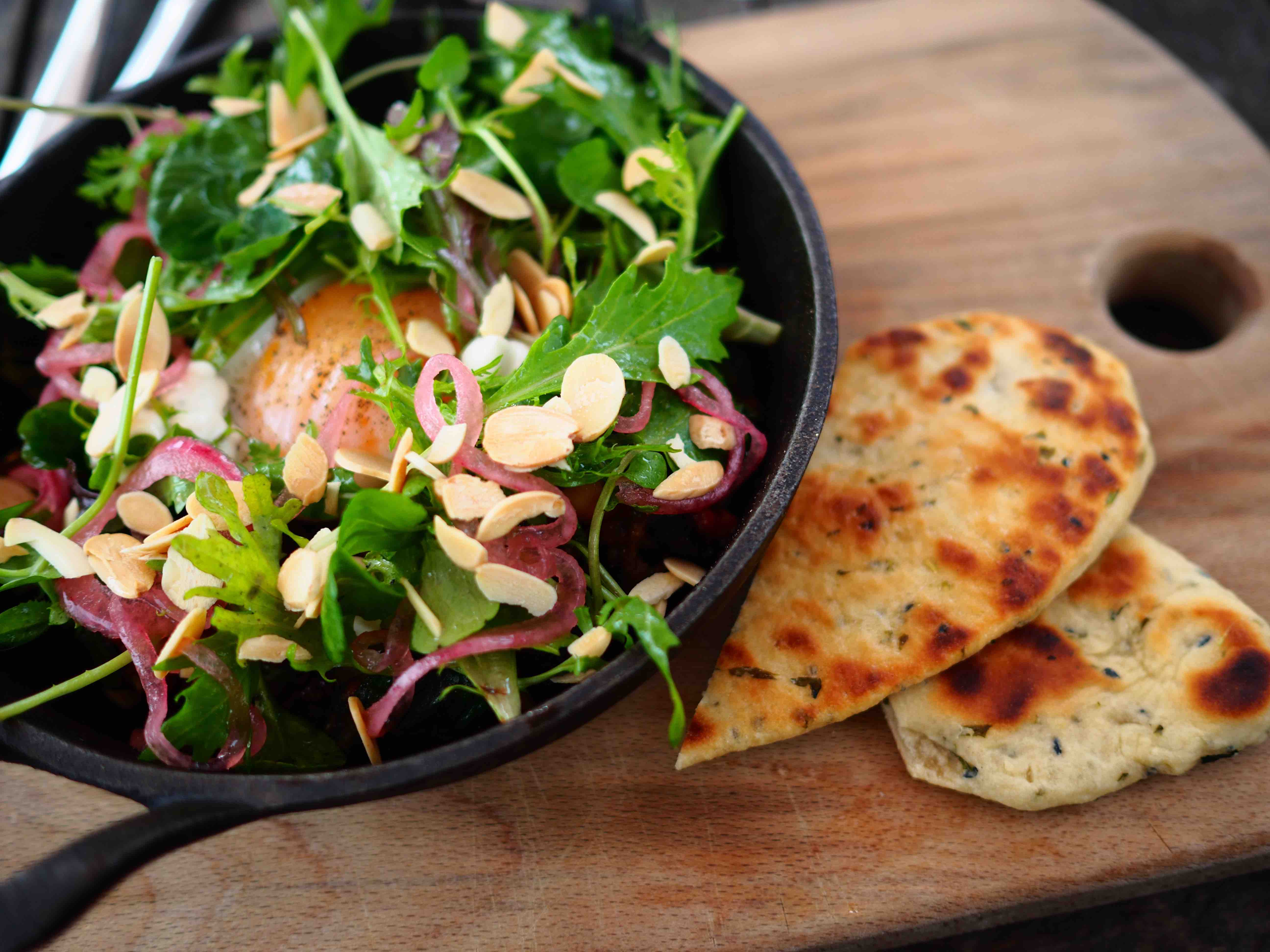 I would stick my neck out and say that upon arrival at The Old Coastguard you can put your worries in the glove compartment and just enjoy the ride because it’s so good you can just leave it all up to them. I haven’t stayed here but for £155 per night with a three-course meal for two included I’m sorely tempted to spend more time here and live the dream for just a little longer. 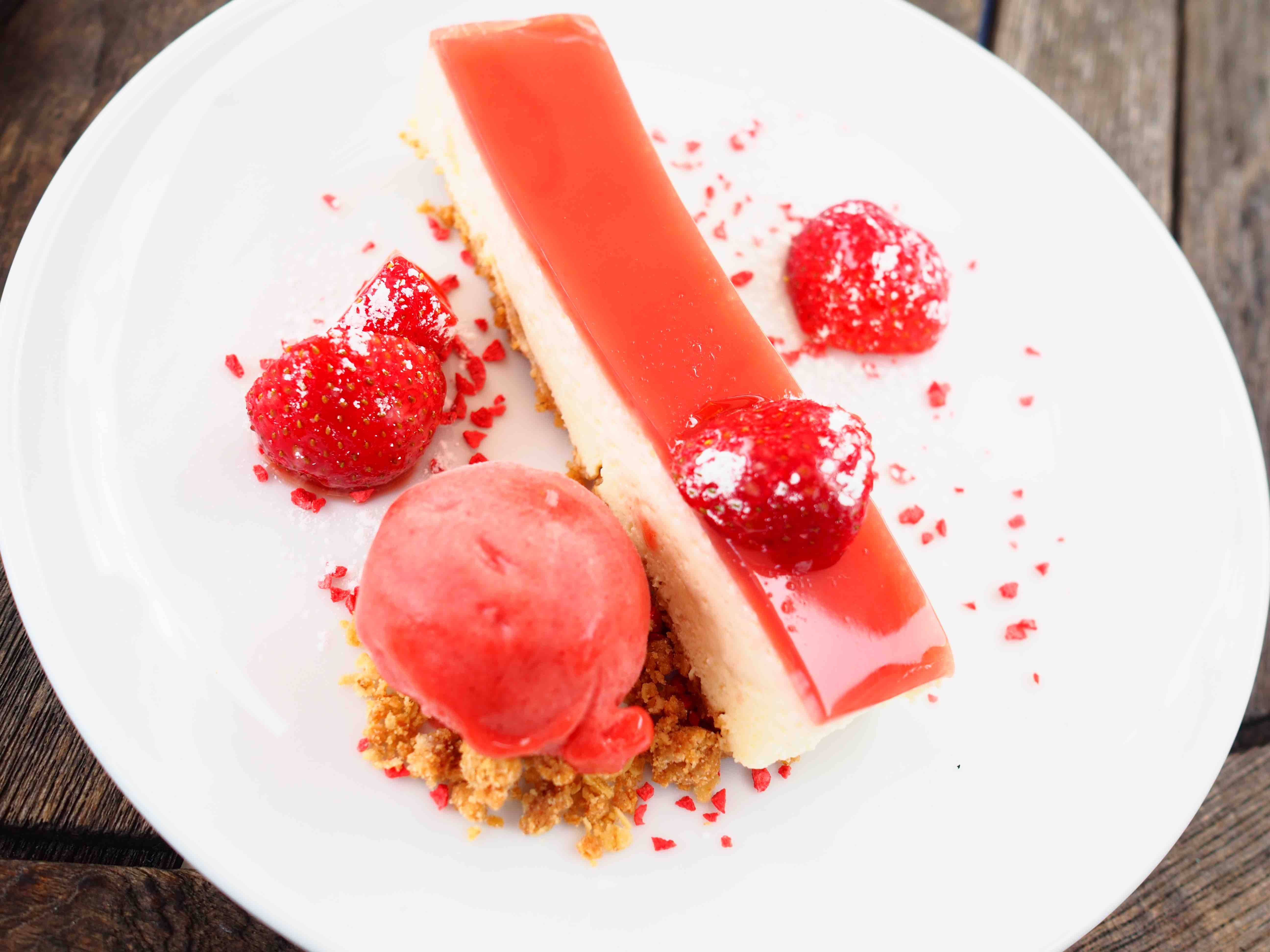 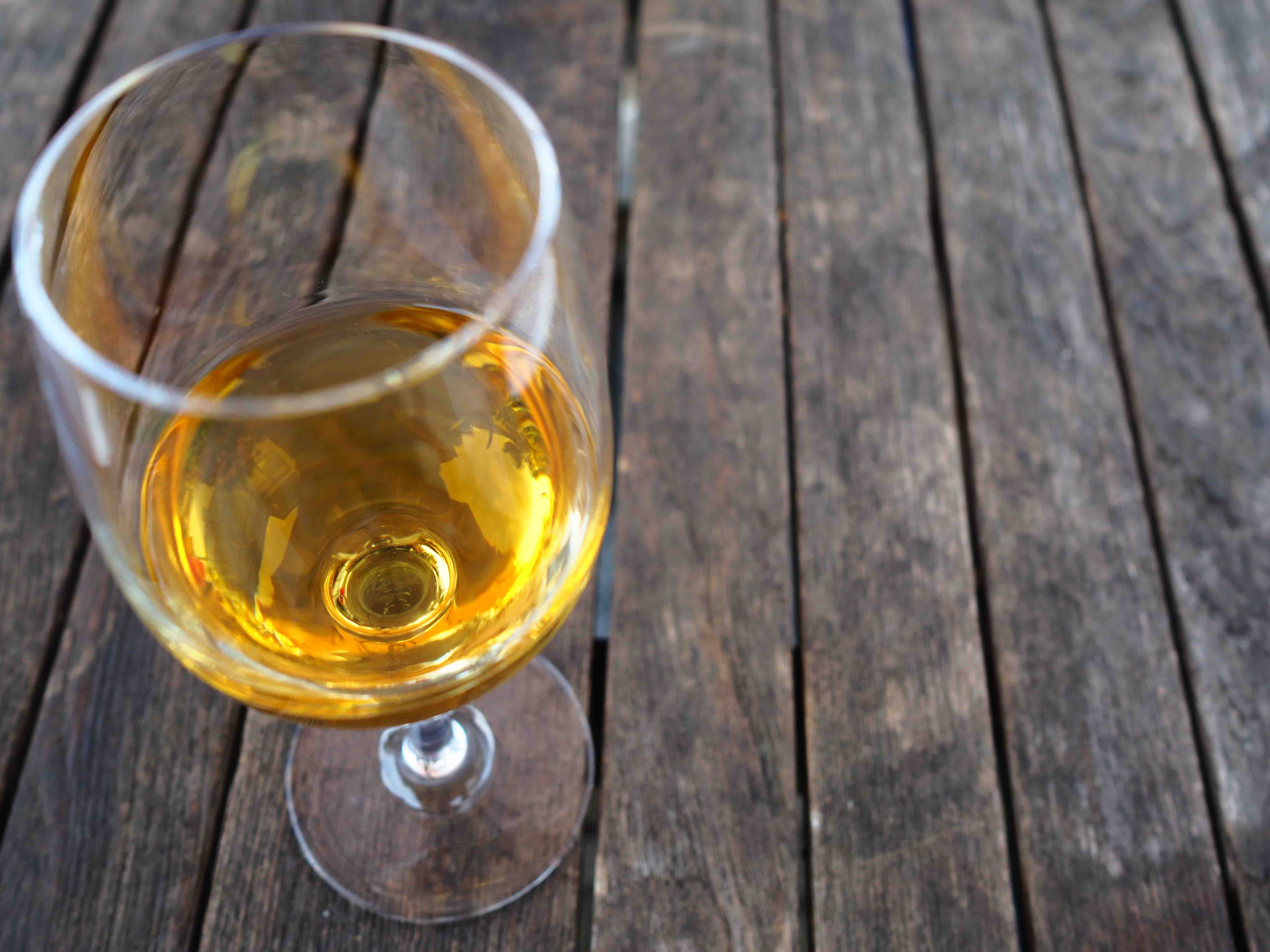 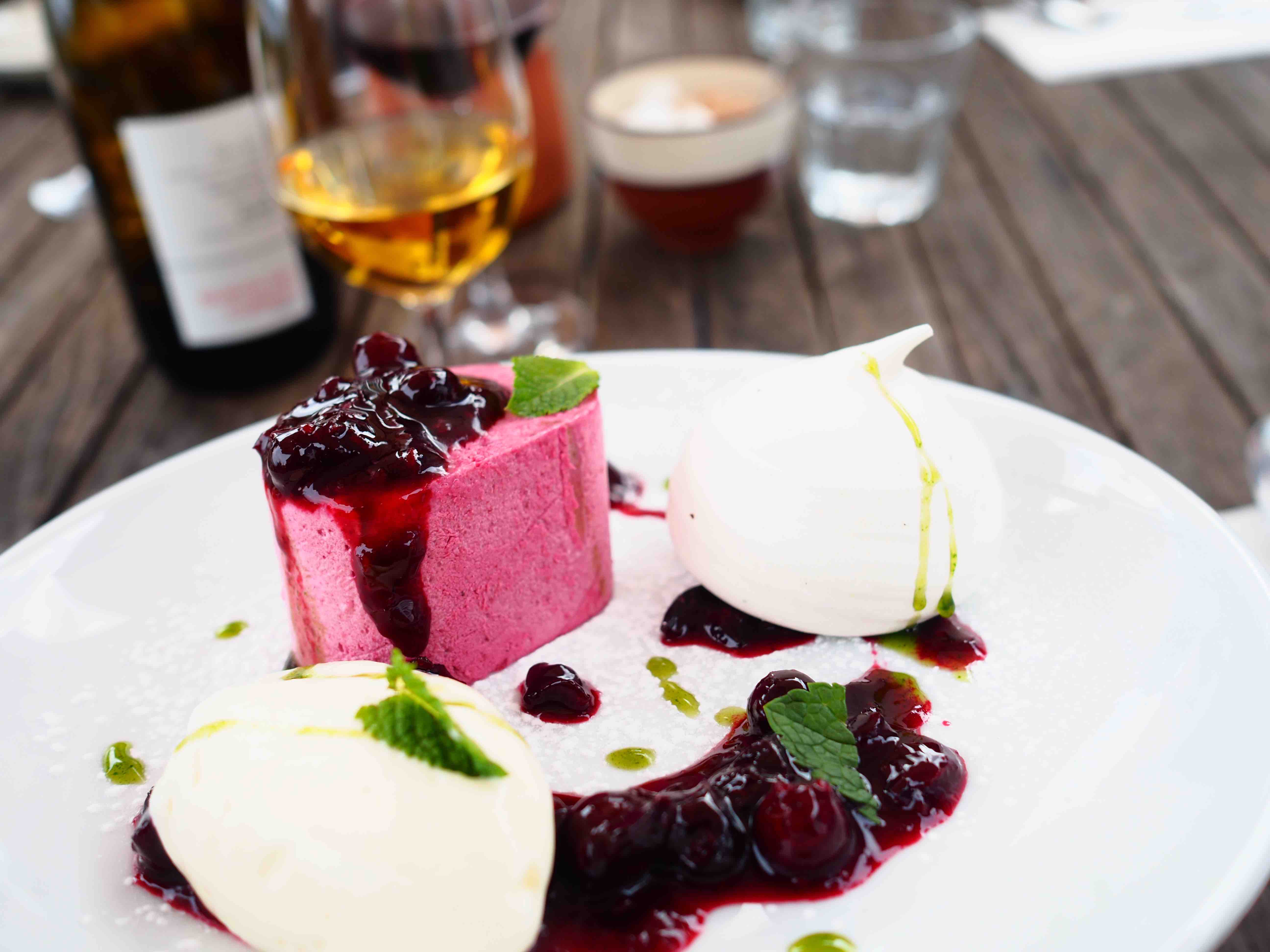 Puddings were all made with the same care and had the caliber of an accomplished hand in the kitchen. Incidentally the dessert menu comes with a long list of stickies and fortified options to sip while you make your way through the blackberry parfait, yoghurt cream and cardamom meringue (or whatever you choose) and as well as the sweet stuff you could always have a selection of British Cheeses. 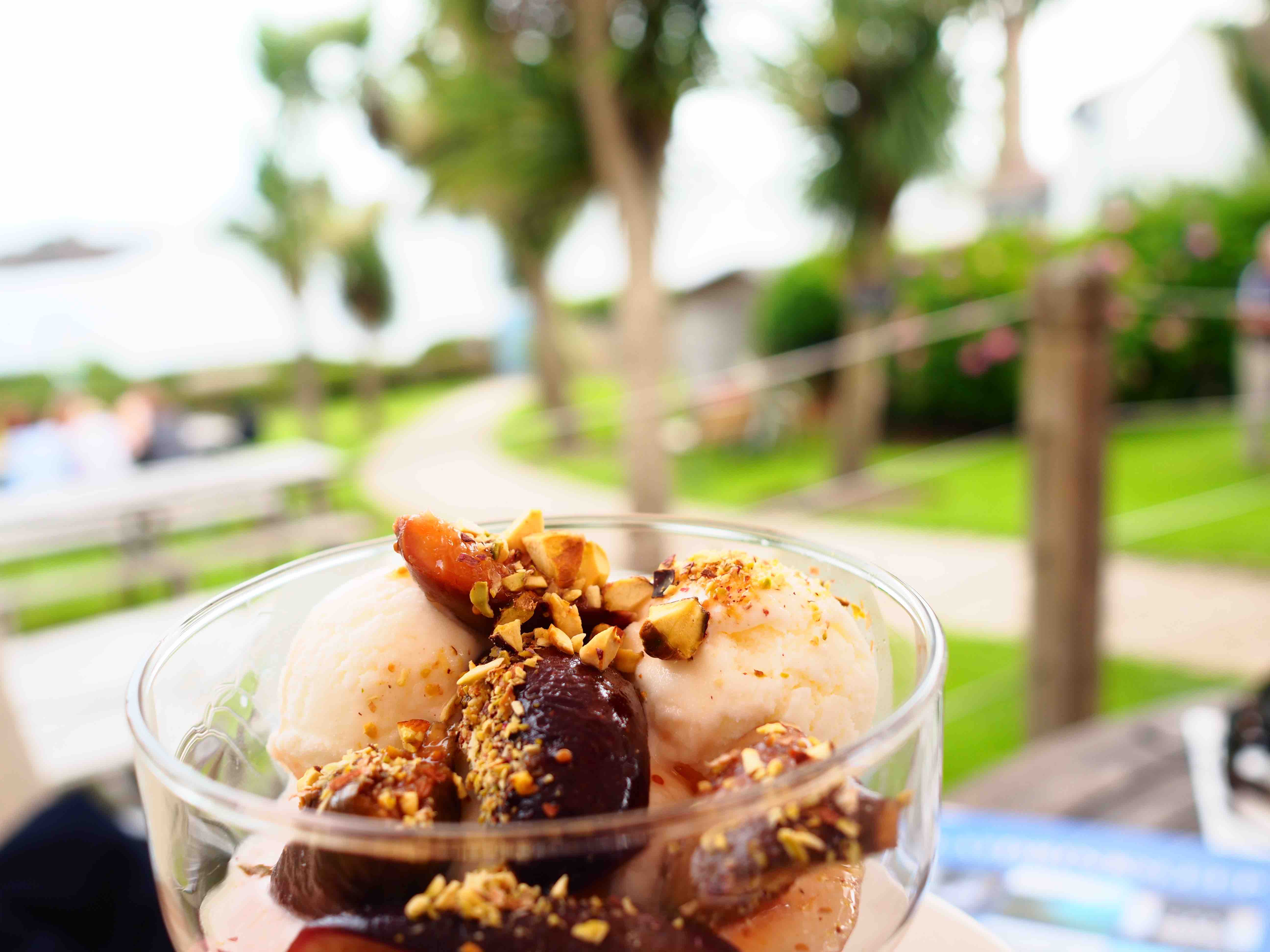 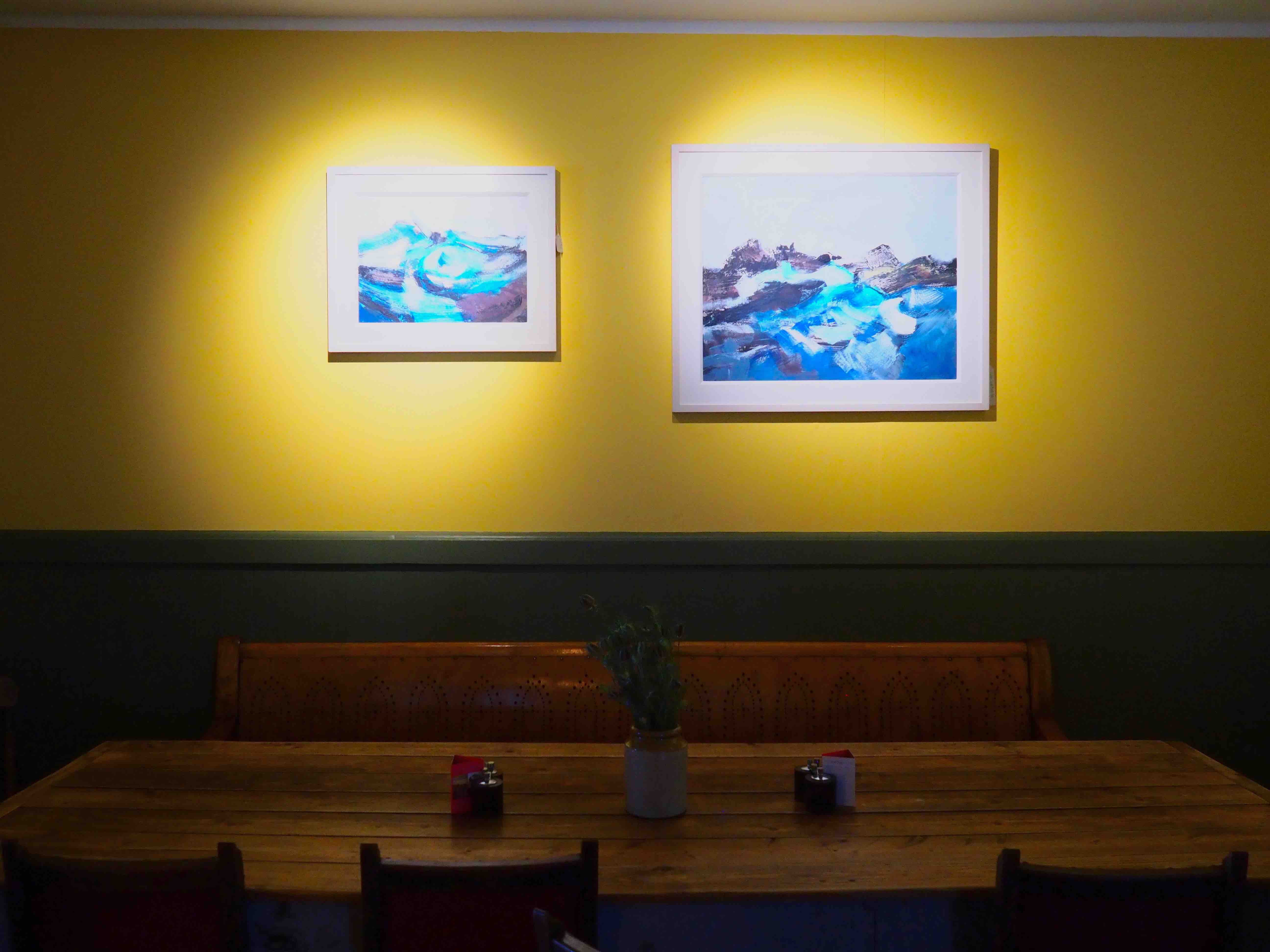 I never set out to find fault with a restaurant but sometimes they just pop up, but not in this case as I simply couldn’t find anything wrong with our experience. We sat outside as it was a sunny day with a few kids playing in the safe garden and the odd dog wandering around, it seemed like England personified, long may it continue.