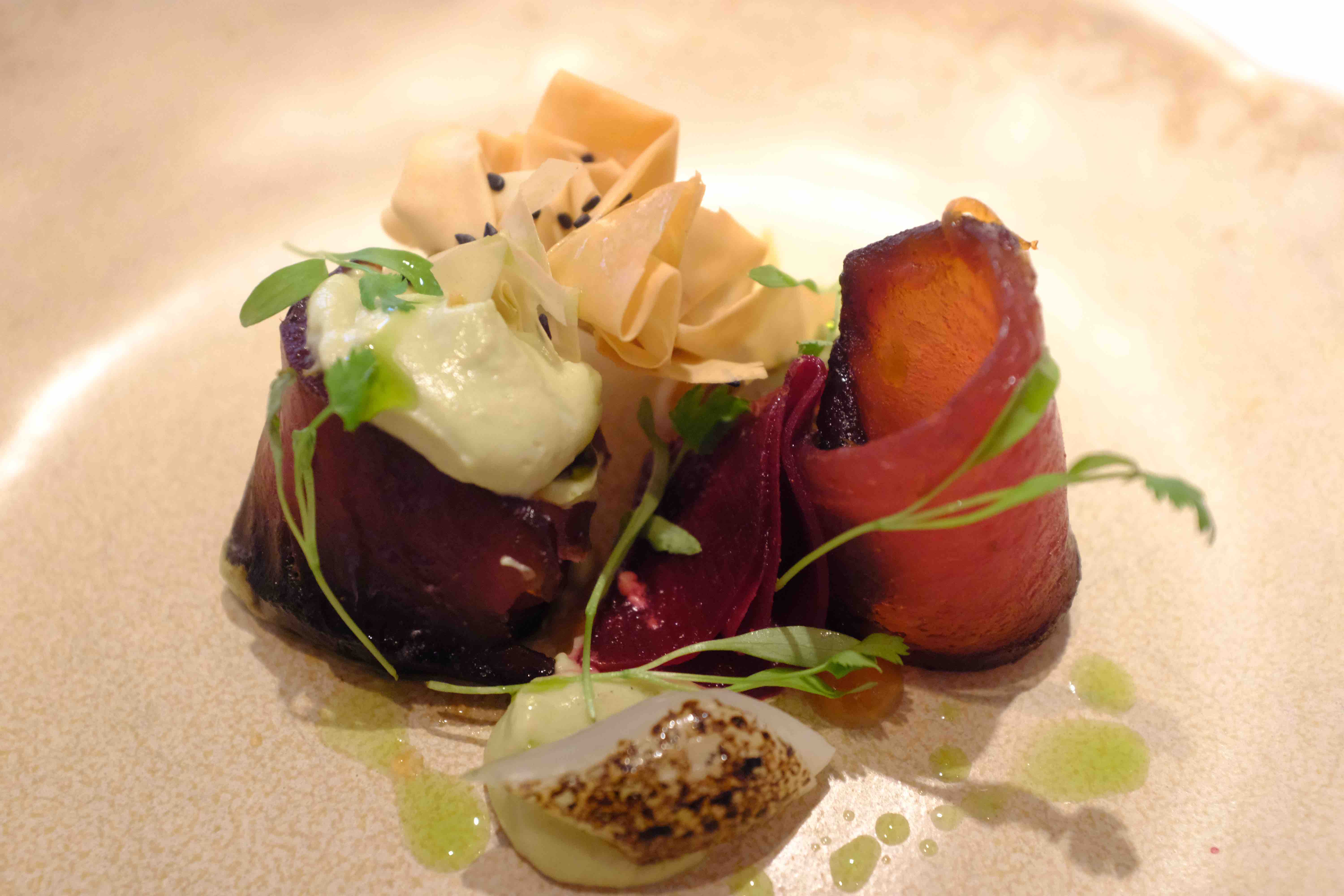 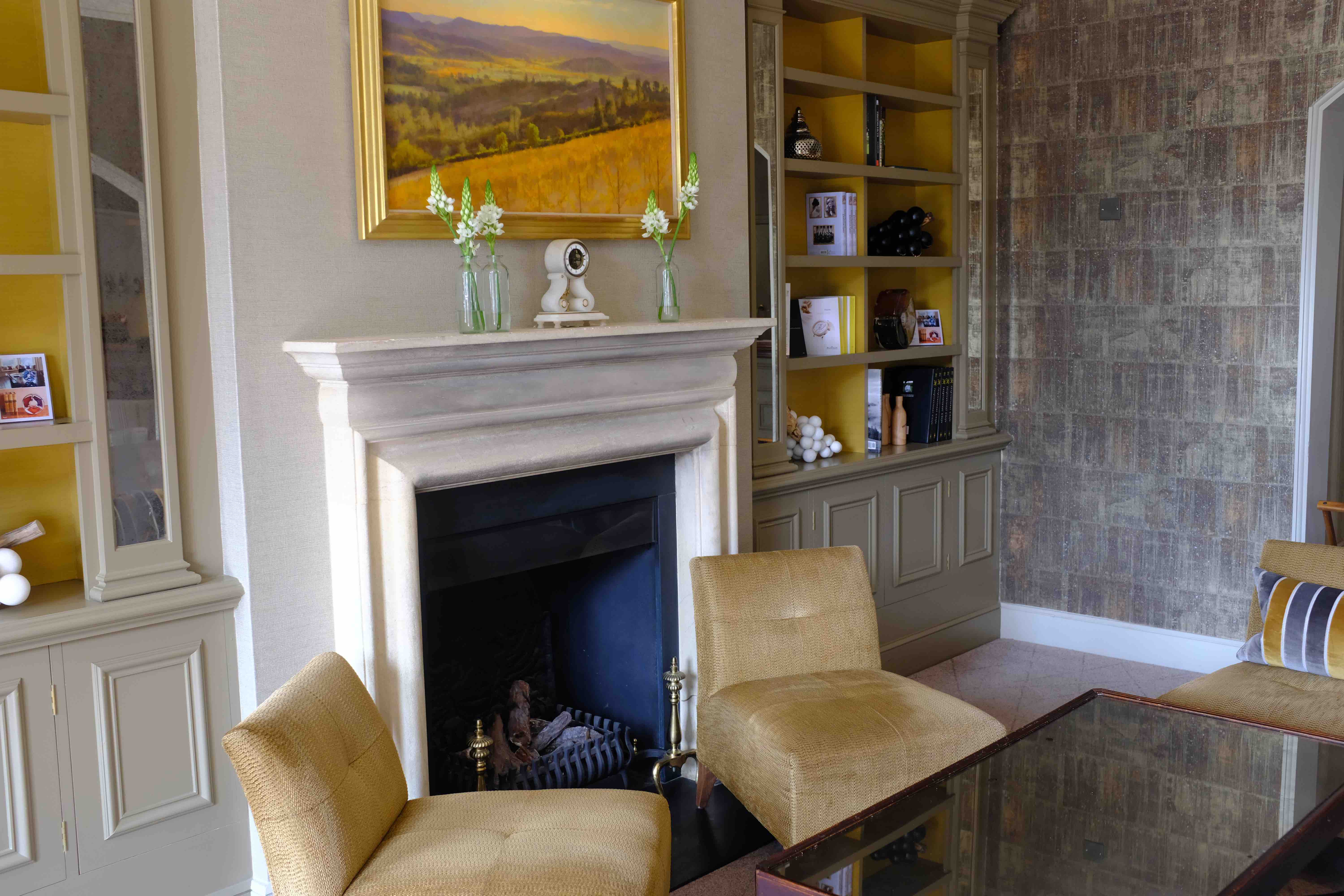 ‘Eat, Sleep and Drink Wine’ is the mantra at The Vineyard.  With a 30,000-bottle wine cellar arranged in 3,000 bins of which 100 are available by the glass.  This homage to wine has been run by Sir Peter Michael’s family since 1996. He also founded a vineyard in Mount St.  Helena Sonoma County in 1982.  Along with all this wine there are 49 rooms and suites and an excellent restaurant.  That was the reason for my visit, to undertake something called The Judgement of Paris menu. 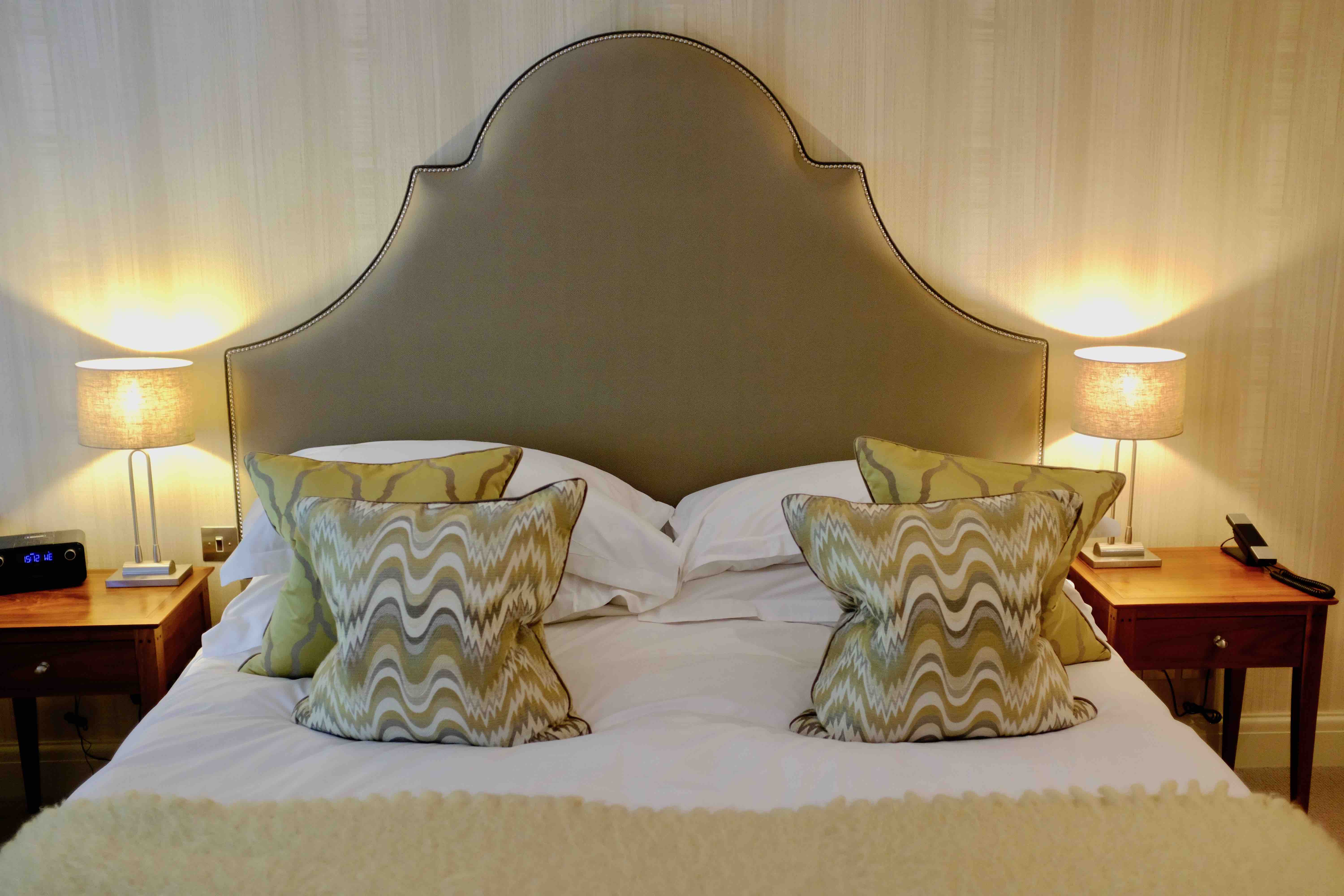 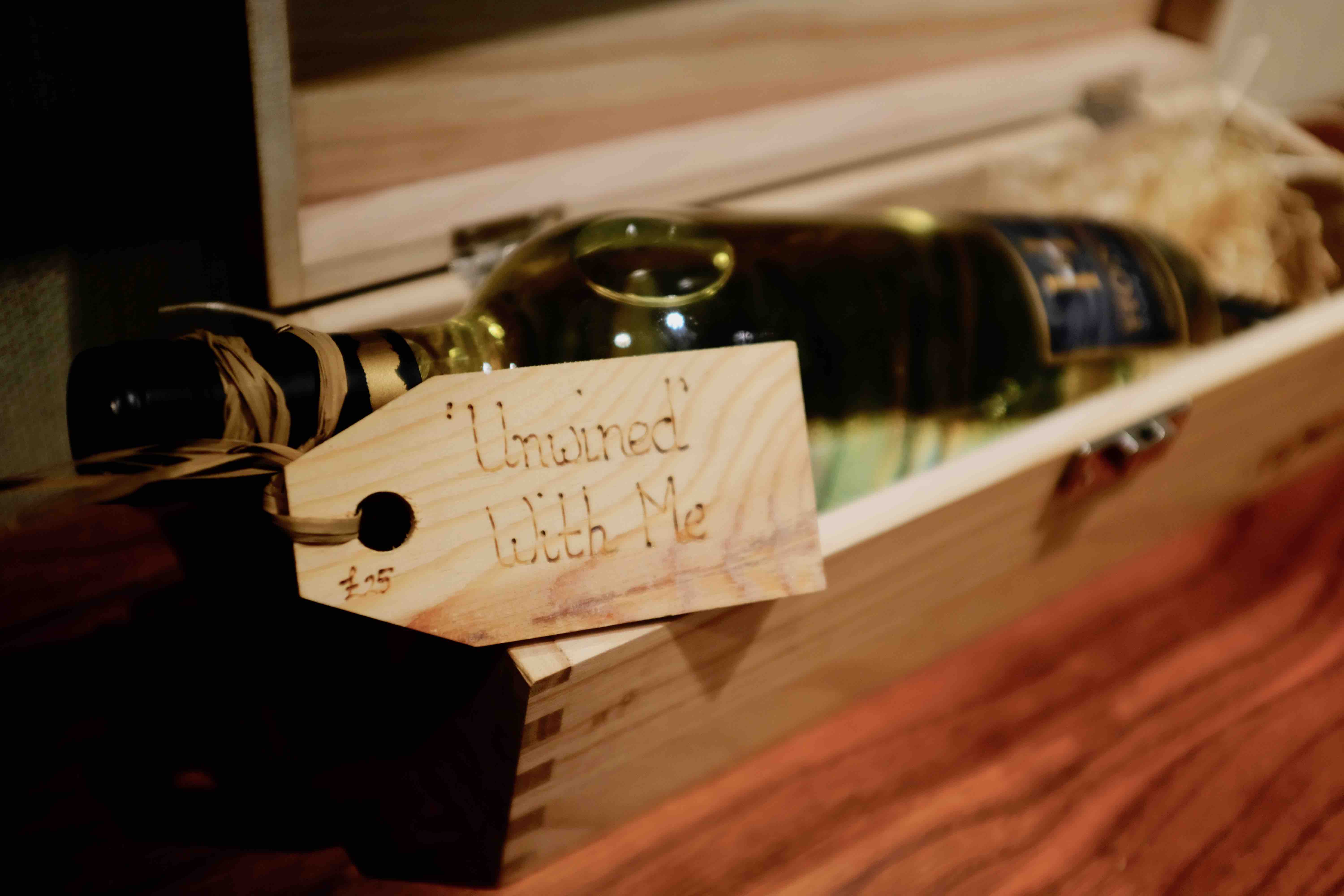 The story goes that in 1976 the great and good of the French wine world were having one of their blind tastings. France versus the world and then a terrible thing happened.  In every category the finest French wines lost out to Californian wines, unthinkable, unlikely, unbelievable but utterly true.  With reference to the Greek mythological tale of a contest between three beauties that Paris of Troy was asked to select the winner who was awarded a golden apple. 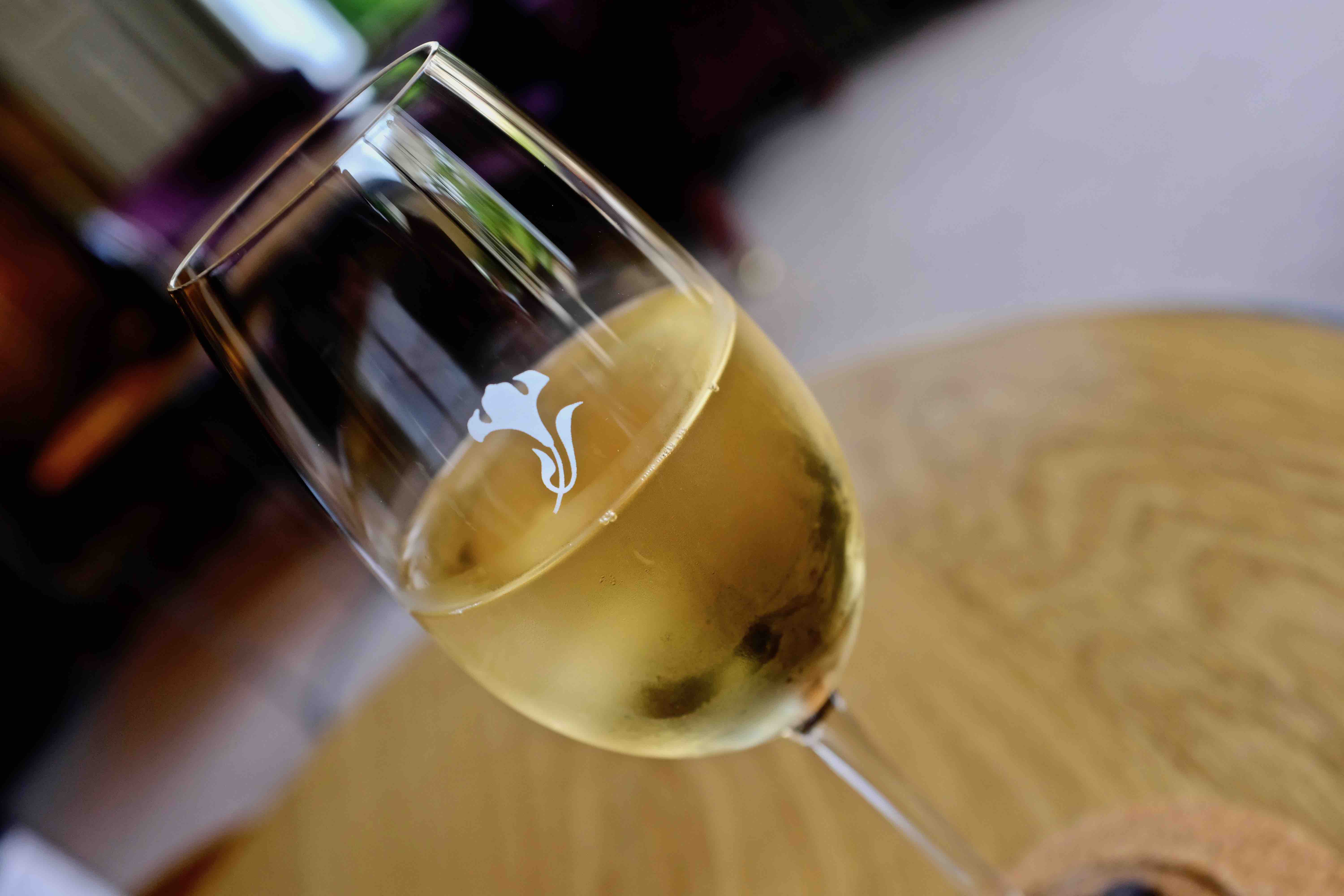 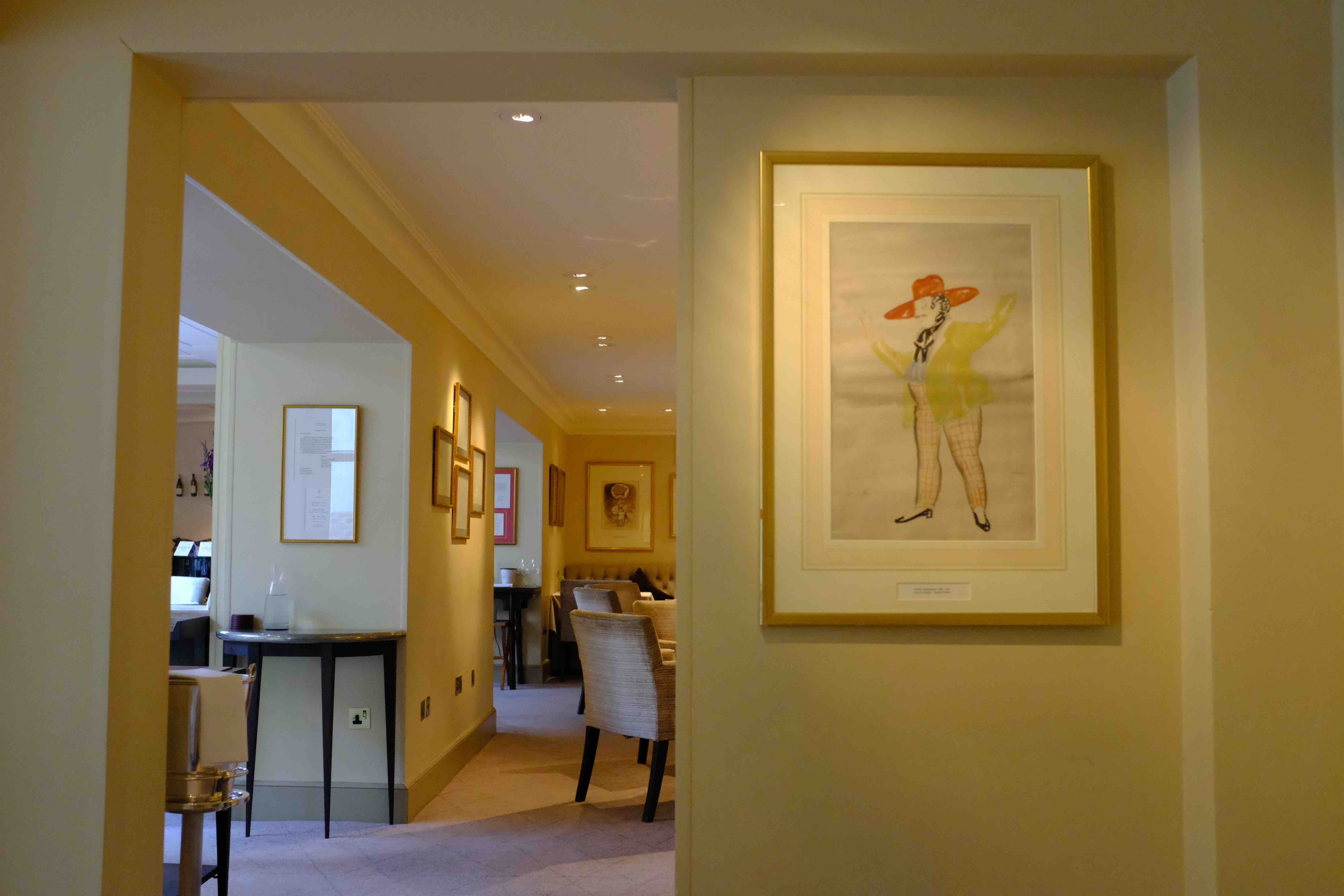 I started with a warm up tipple of English sparkling wine from Whitchurch in Hampshire and a few delectable nibbles in the plush bar area adjacent to the 90 seat restaurant.  A restaurant that has some pedigree, it is currently healmed by Robb Jenks and its past alumni include Nathan Outlaw.  The menu is seven courses five of which are served with two wines.  Yes you guessed, it a battle between French and Californian.  You can ask to know which is which but I strongly recommend going blind.  The sommelier, Milena placed a paper disc under the stem of the glass and left me to it. 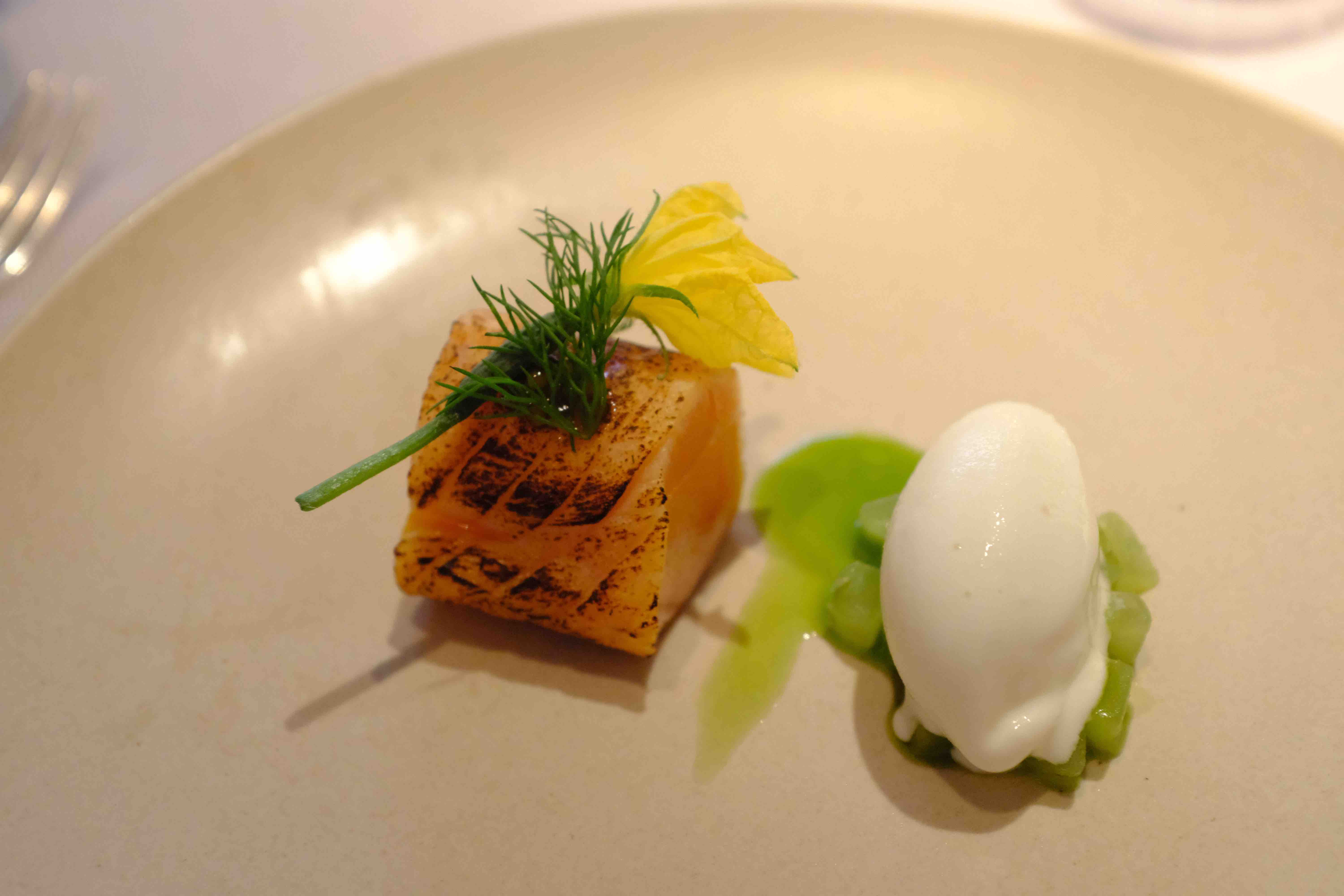 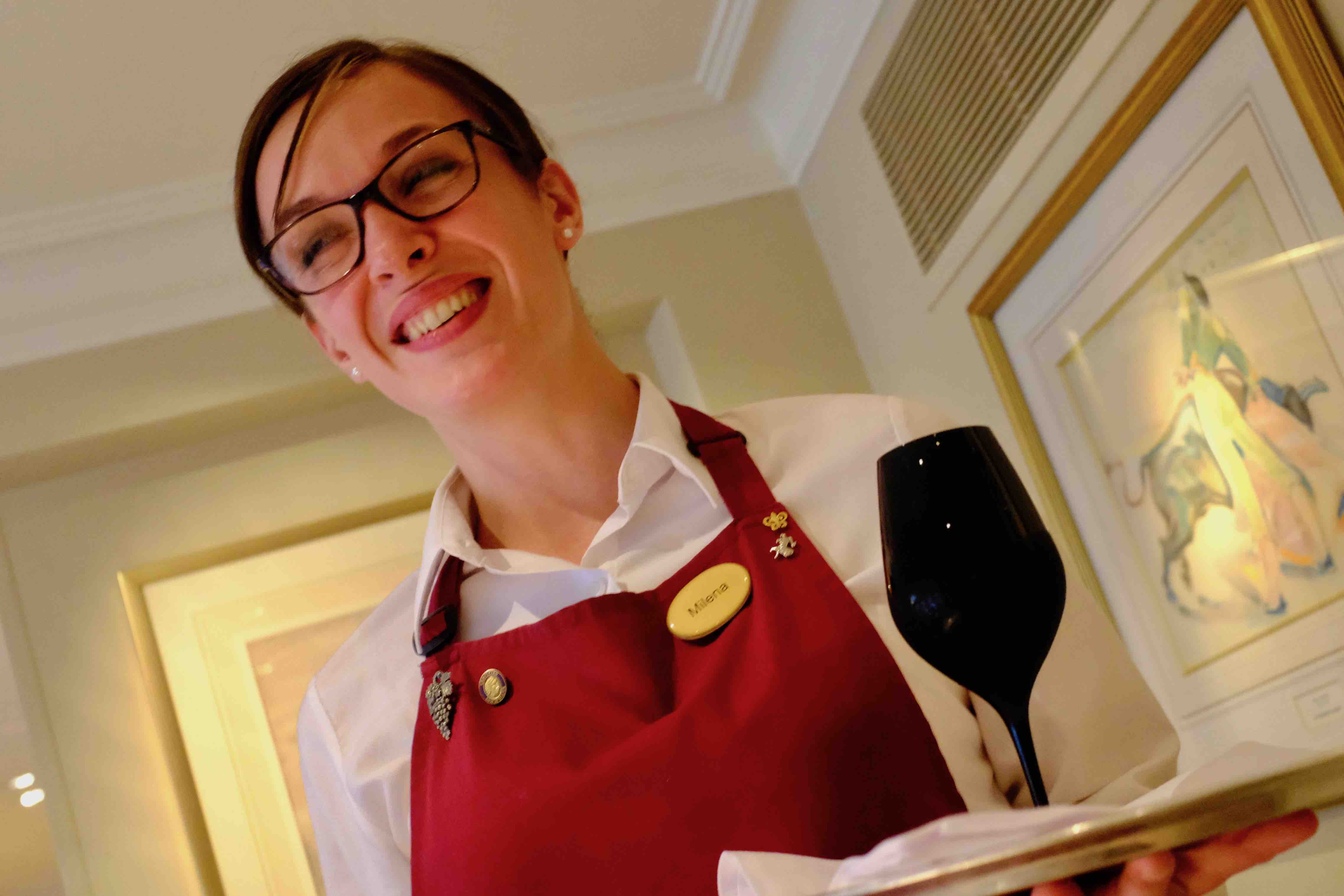 This is what The Vineyard was all about for me food and wine combinations finessed.  Kicking off with an exquisite Loch Duart salmon, Daurenki caviar, wasabi, cucumber and dill, which came paired with Bordeaux Blanc S de Suduiraut 2014 and PMW, L’Après Midi California 2015.  This is where it became interesting.  I’ve been to many tastings but none quite like this. I was looking for several things, to match the country of origin (incidentally I achieved five out of the seven wines over the meal), the year, which was beyond my pay grade and the grape. But ultimately what worked best with the plate of food in front of me.  It was a narrow decision each time as the matching was very keen, a tribute to the sommelier. 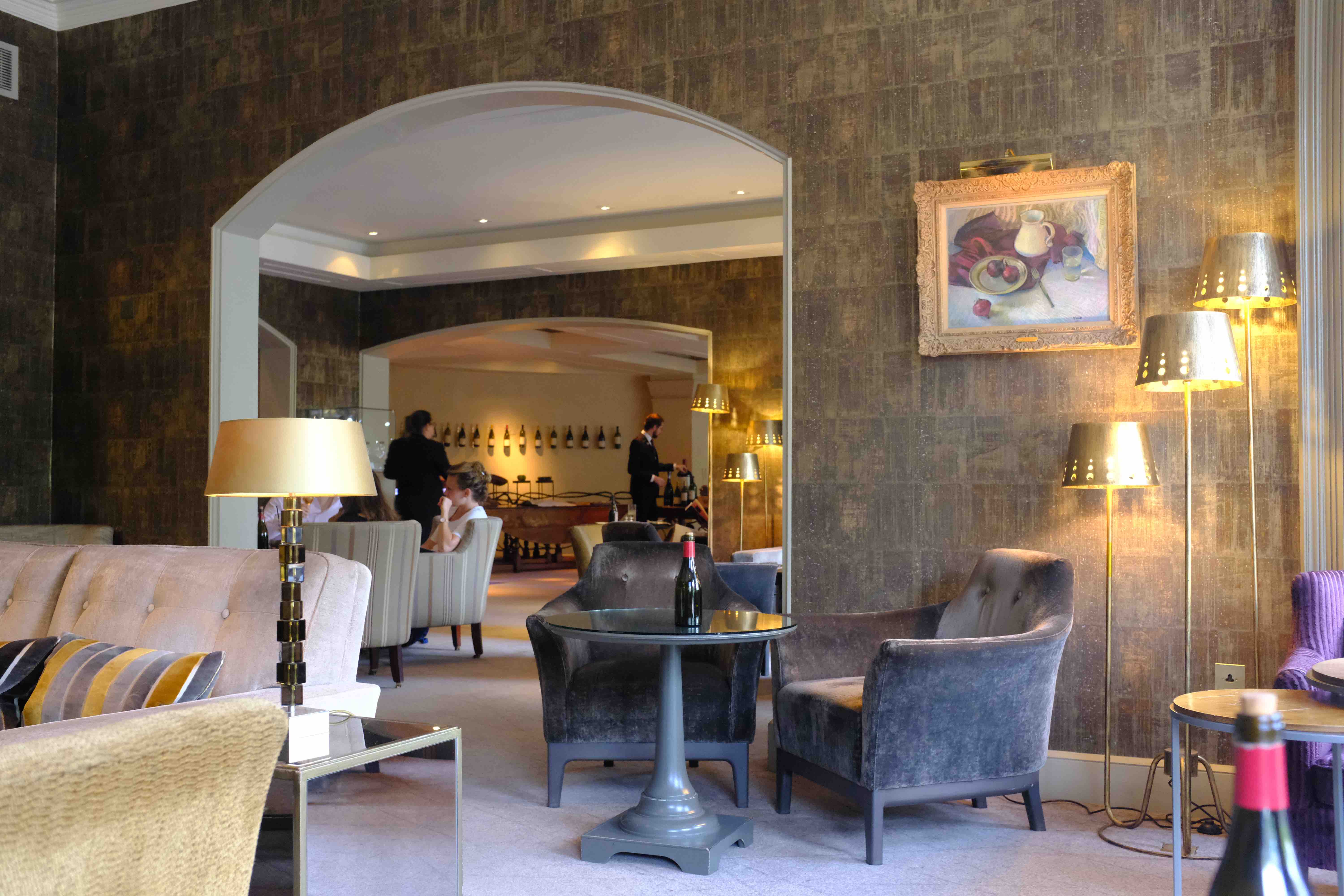 And so followed soy and treacle tuna, pan-fried foie gras supplied with only one drink but the glass was black. This provides a cloak of disguise of such devious strength that I couldn’t even tell what colour the wine was!  Normally Saunternes is the typical tipple but this meal I was given a simple FEL, Pinot Gris California 2015, a revelation and worth trying if you have the chance (I got that one wrong as I thought it was a rosé from South France). 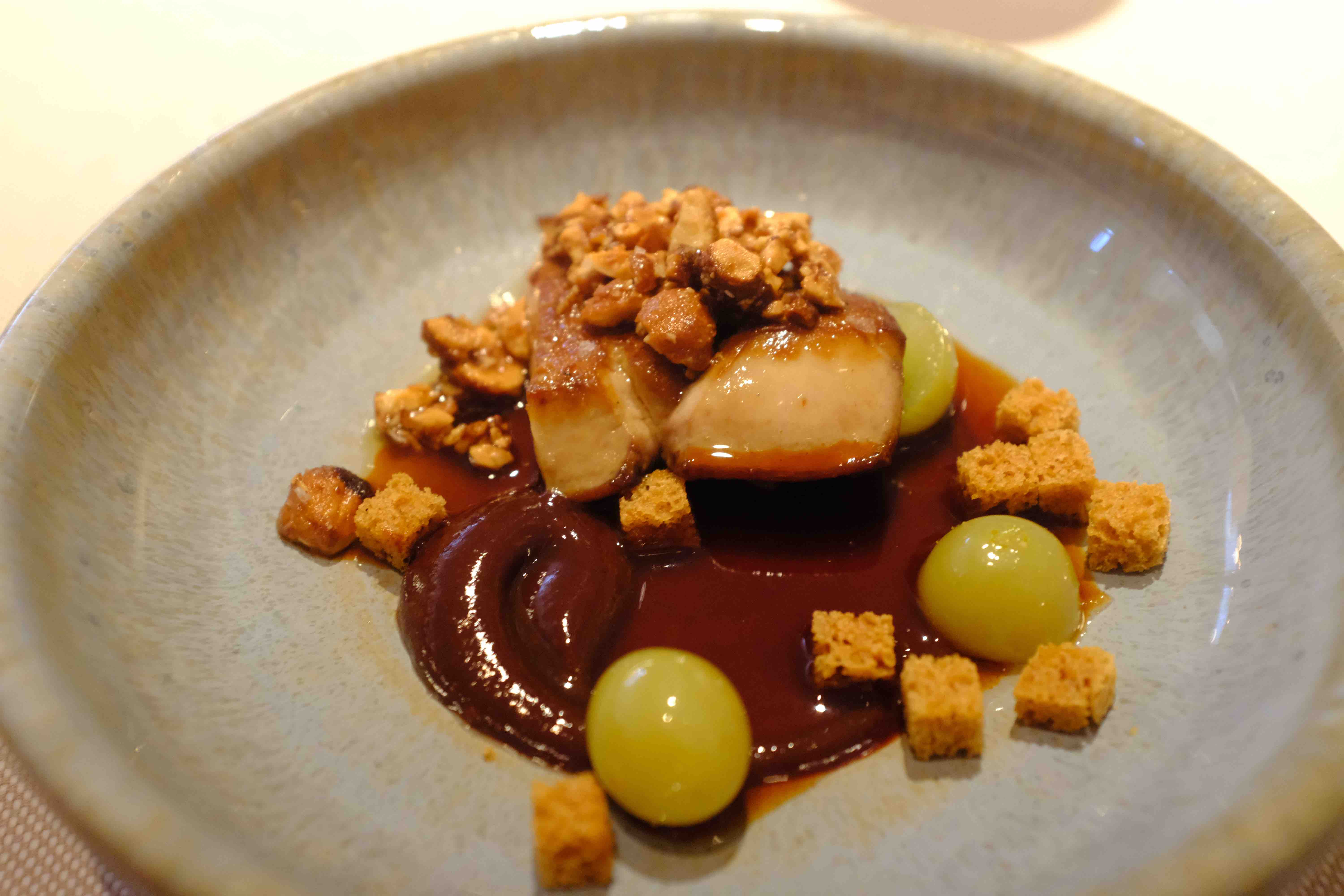 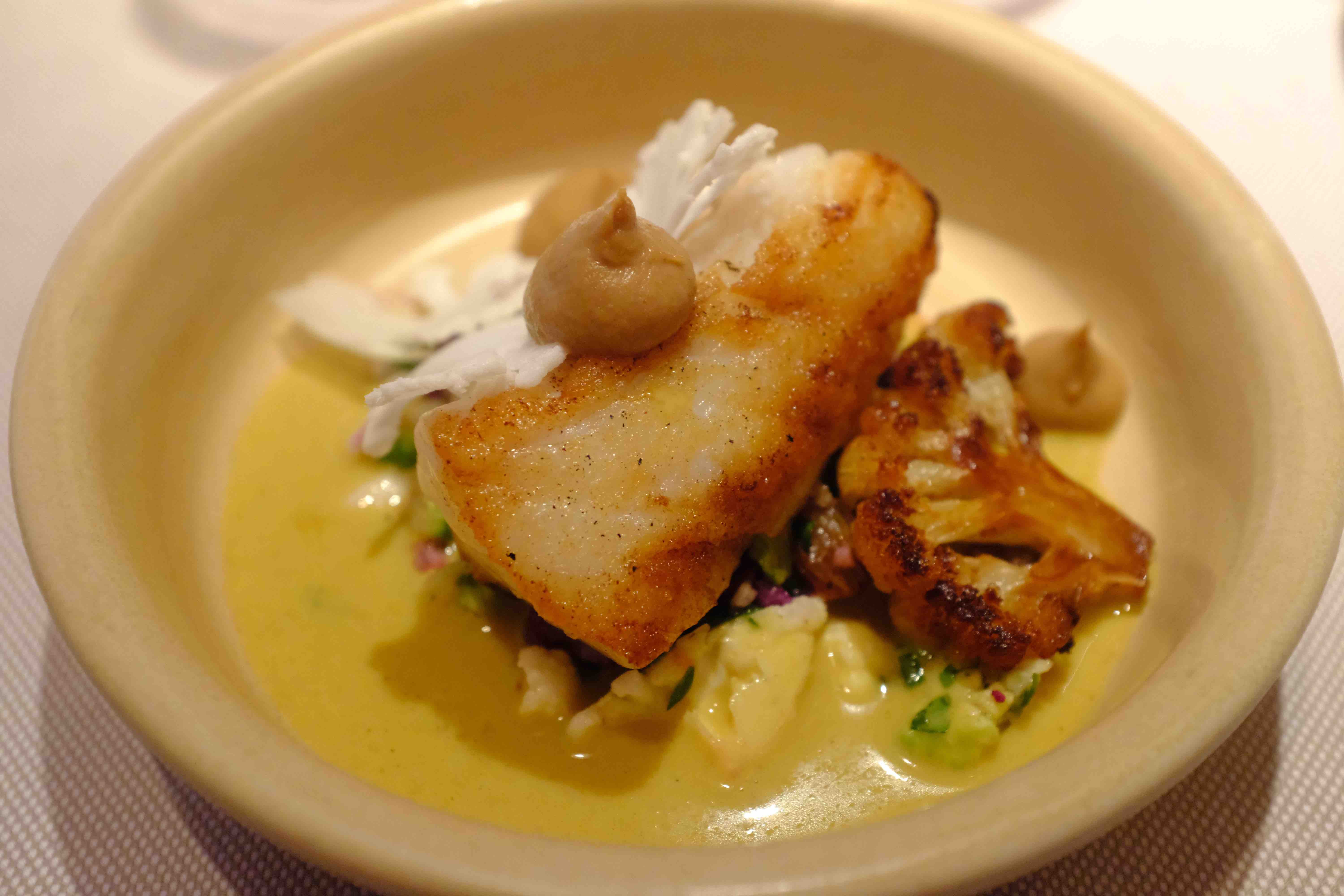 All the staff throughout this orgy of taste were delightful and impeccable.  The restaurant is designed on several levels so there can be intimacy or if you’re a large group that can work too.  As Milena returned with a couple of new mysteries she looked carefully to see if I had that look of someone who devined the true wine or lost out.  It adds such an interesting angle to a meal this extra dimension.  I would say that it’s not just for wine buffs either, you can know up front where the wine is from and just contemplate what works with the dish better. 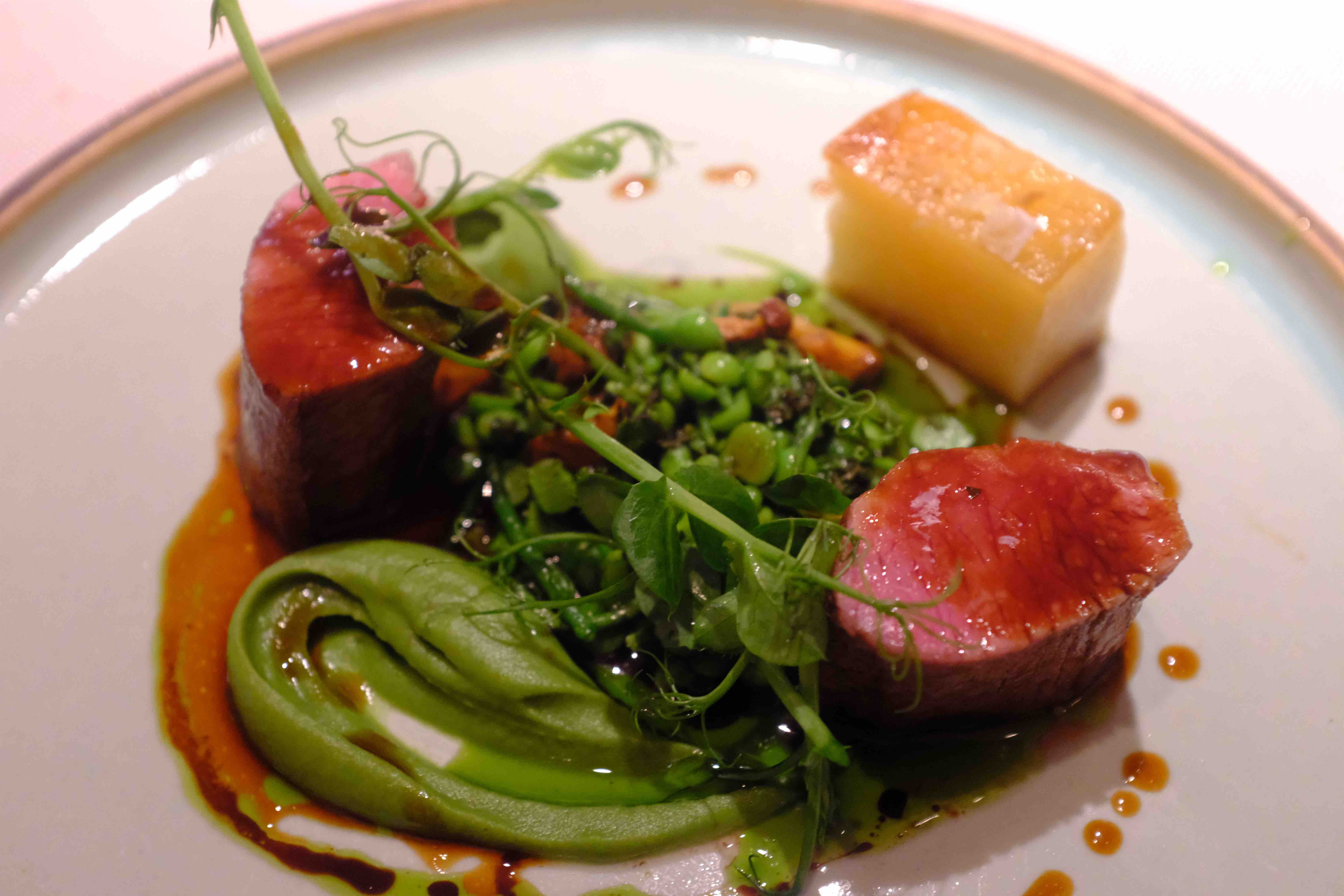 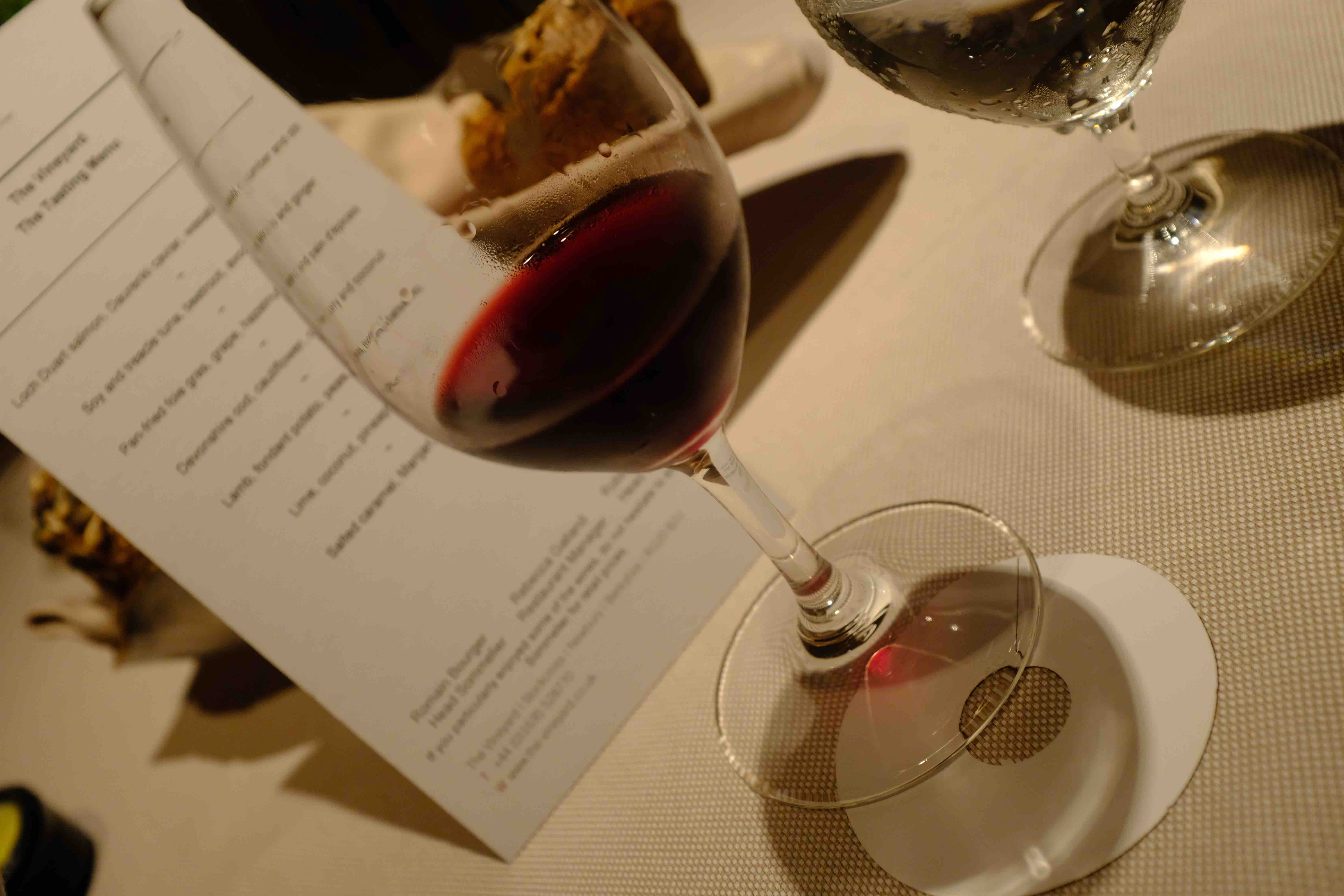 One of the standout dishes and wine combinations was lamb with fondant potato, peas, girolles and balsamic.  It was served with a very competent Côte Rotie La Germine, Dom. Duclaux 2011 from France and then a showstopper from California, Wind Gap Griffin’s Lair Syrah 2007.  That was my favourite wine of the day not only did it match the rich, sweet brilliantly cooked lamb it had a life of its own, the depth of flavour and length were incredible. 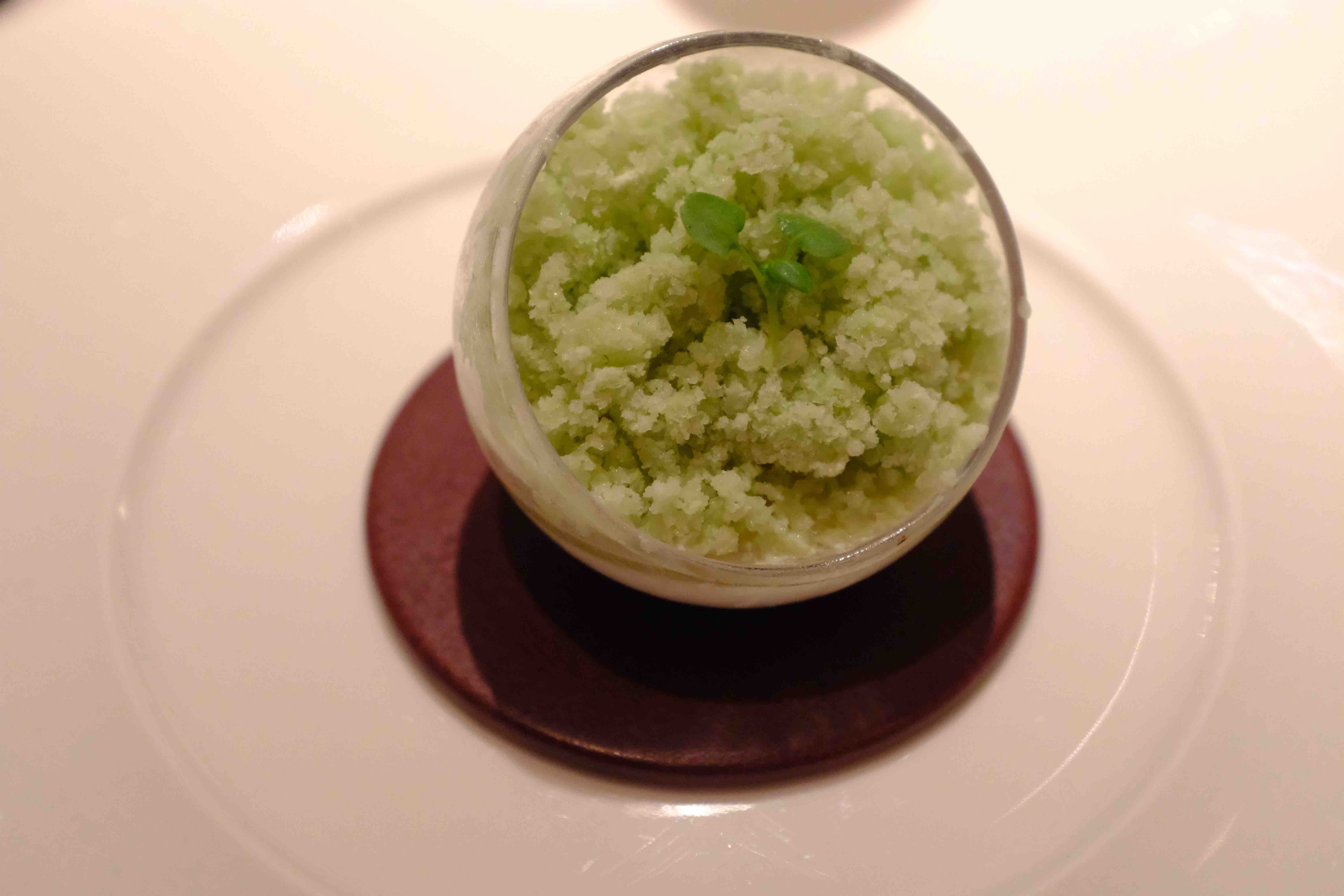 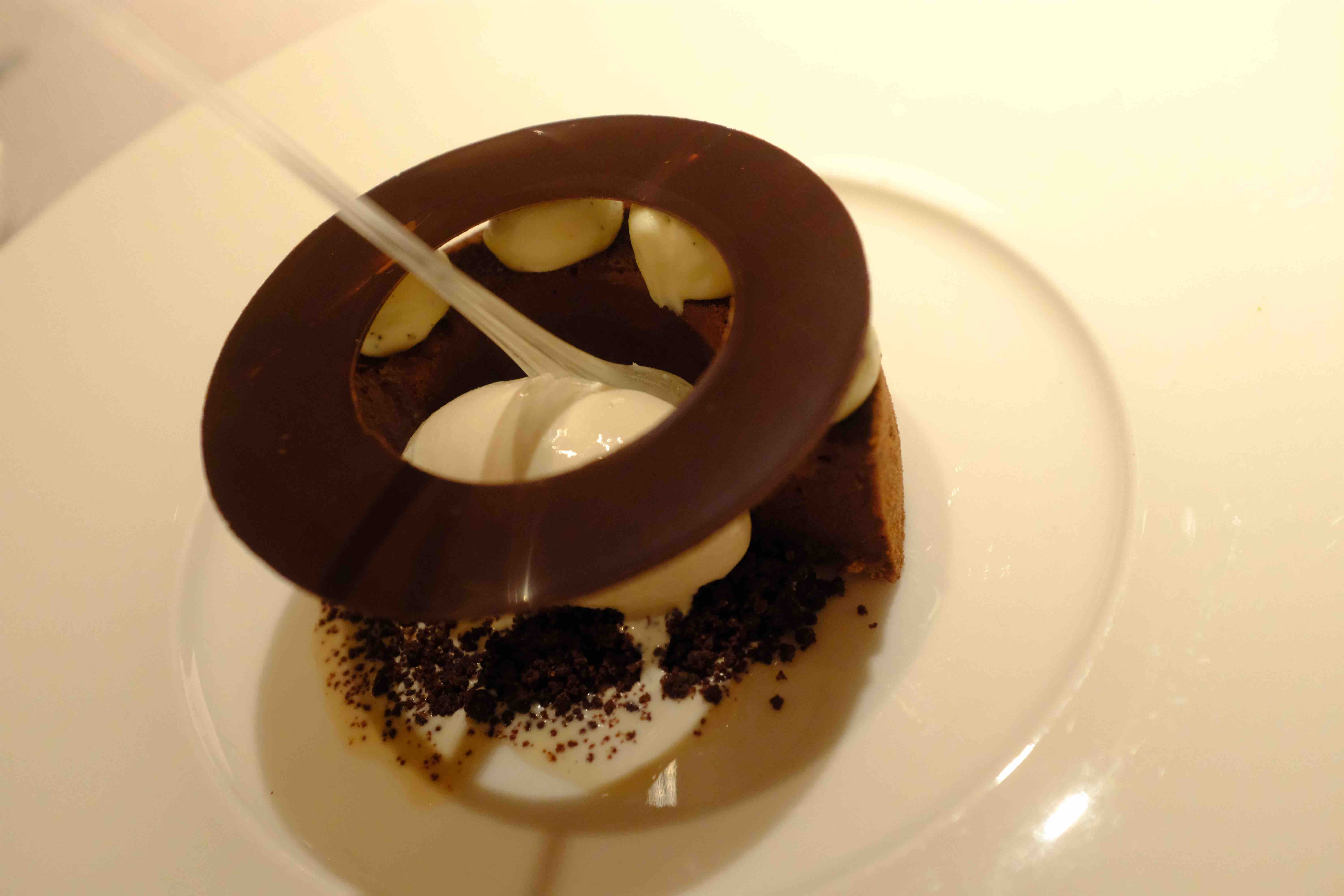 The Judgement of Paris costs a very reasonable £89 and if you add the wines (you’ve just got to have the wines) add £95. It’s worth mentioning things like the desserts were excellent too.  One came with a hint of coffee, which I asked to be removed, as I don’t enjoy the taste, which they gladly did. 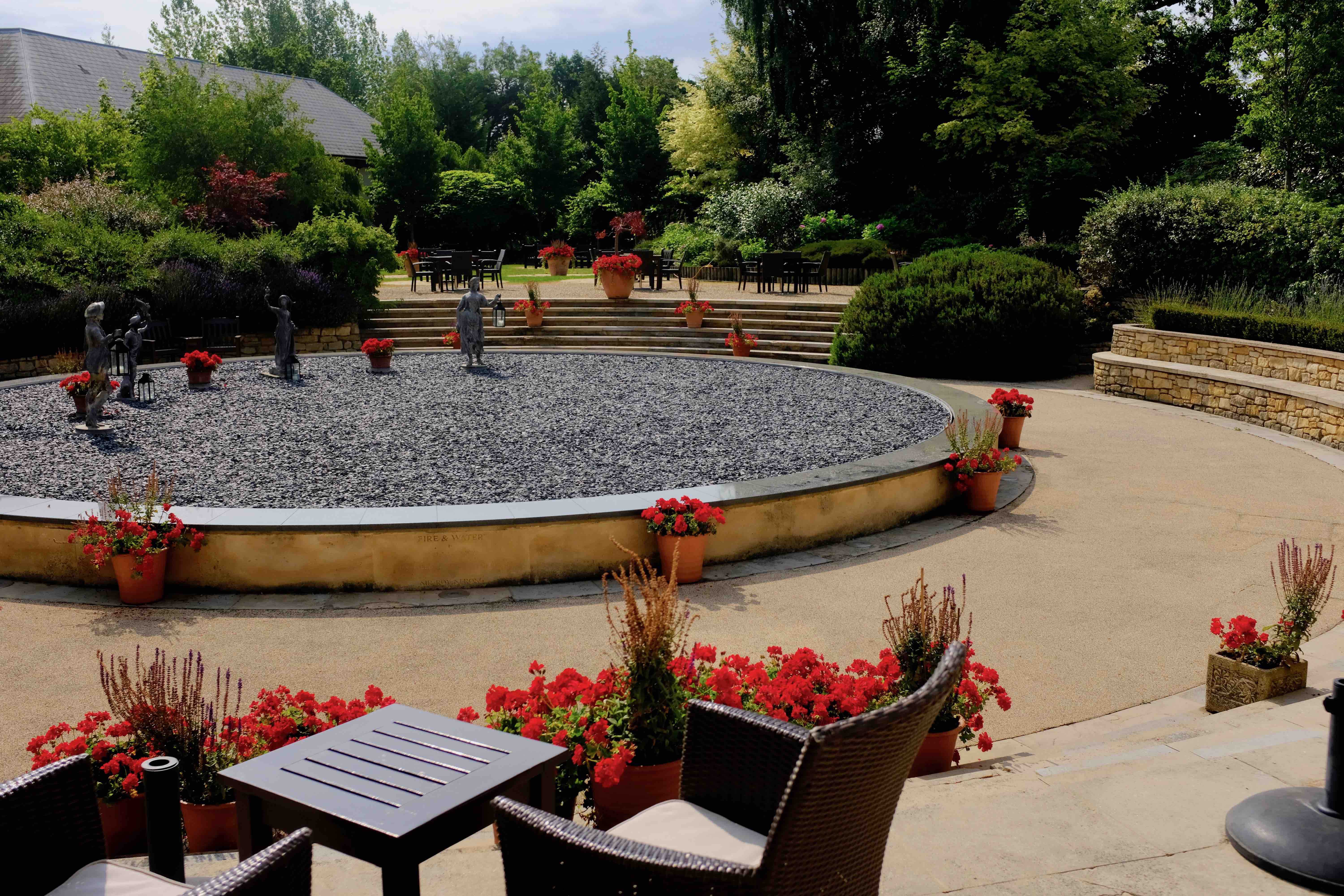 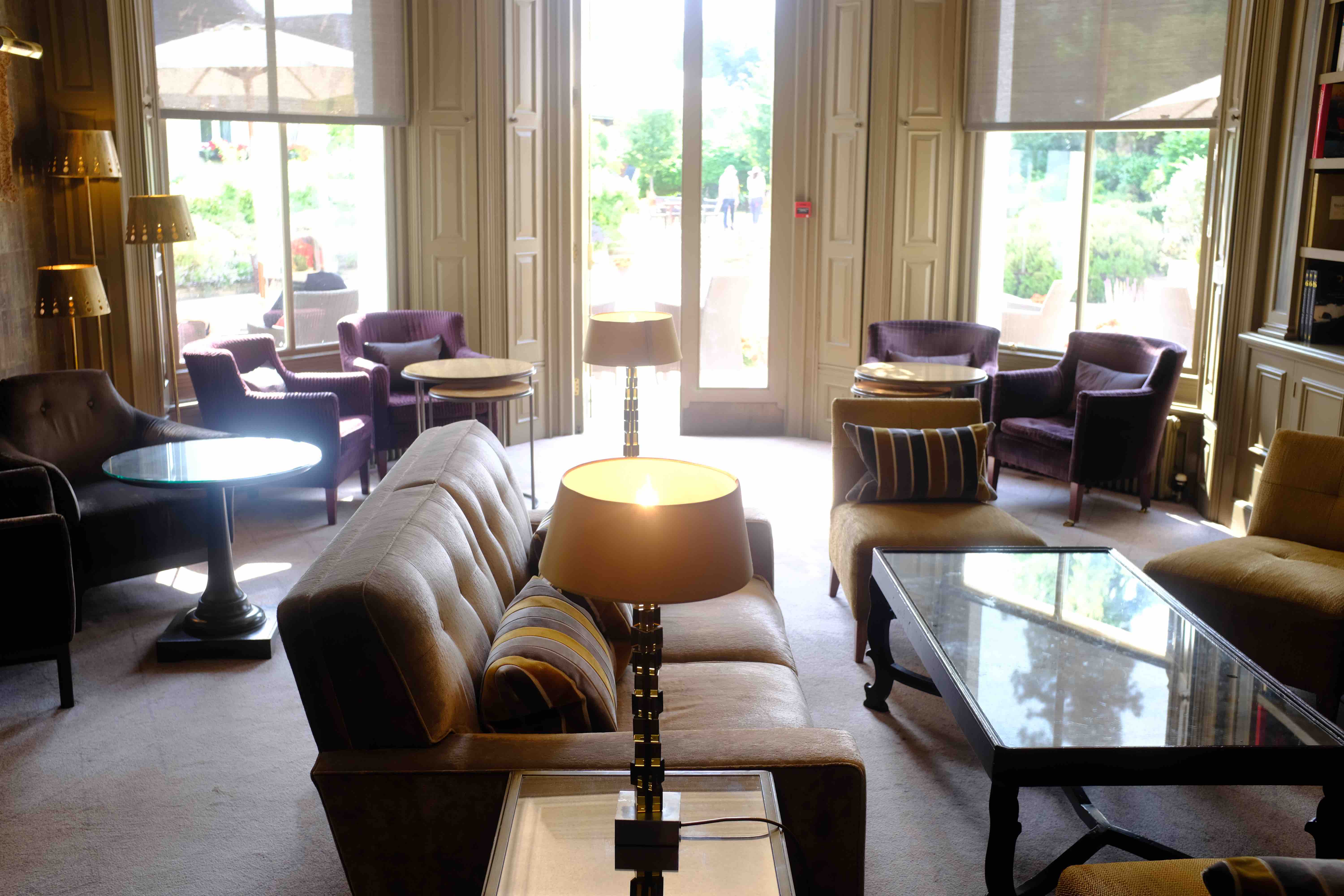 As well as all the above the rooms are large and comfortable, mine had a balcony and a sitting room area and large bathroom.  There is a comprehensive spa on sight as well as indoor pool (to burn off those wine added calories). The Vineyard sits in the countryside near Newbury Berkshire on a quiet road with nothing going on except brilliance everyday.  This place is a wine lovers dream come true, they have a lot to offer, the food is superb (are you reading this Mr. Michelin reviewer)? And it’s a perfect place to unwind and uncork. 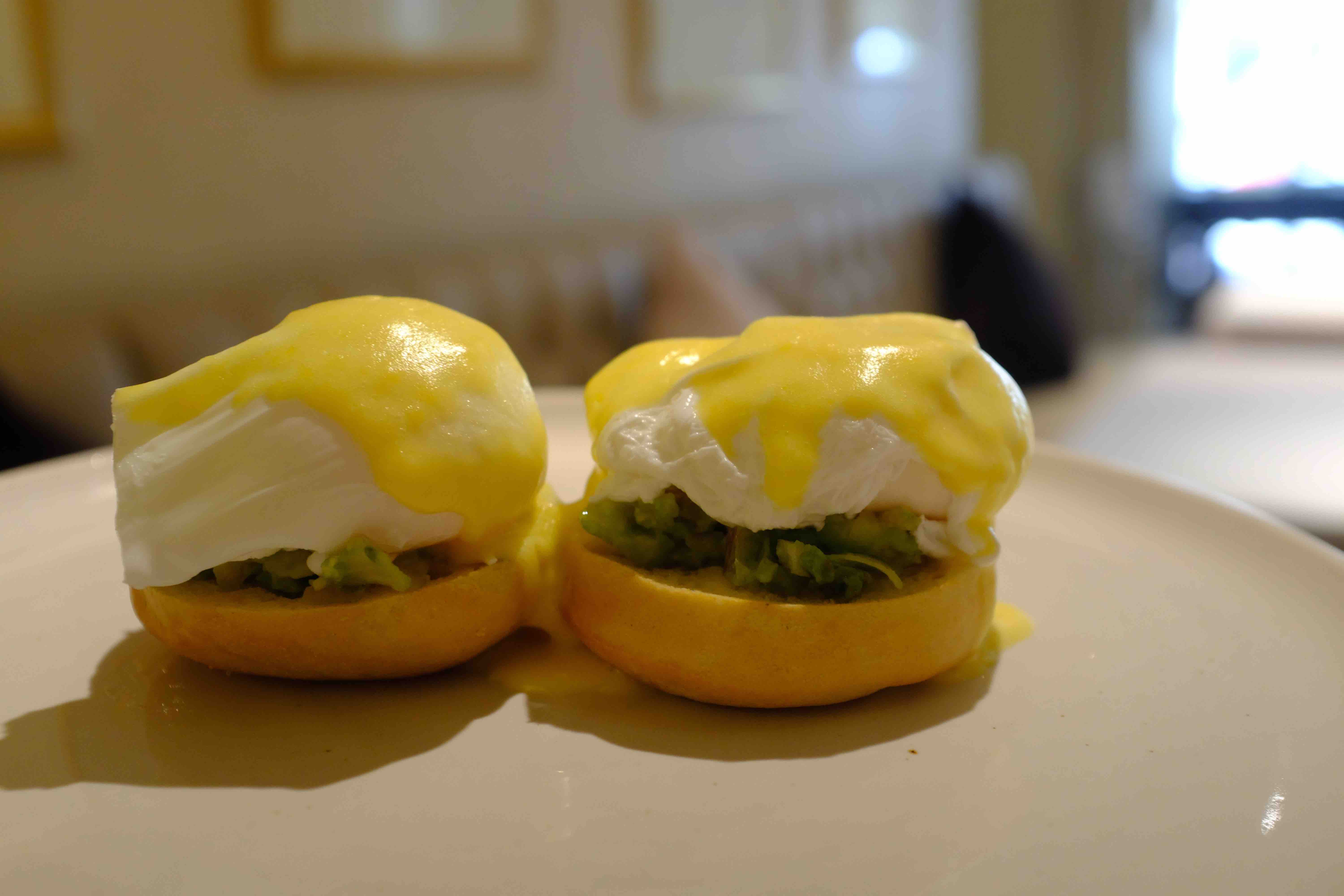