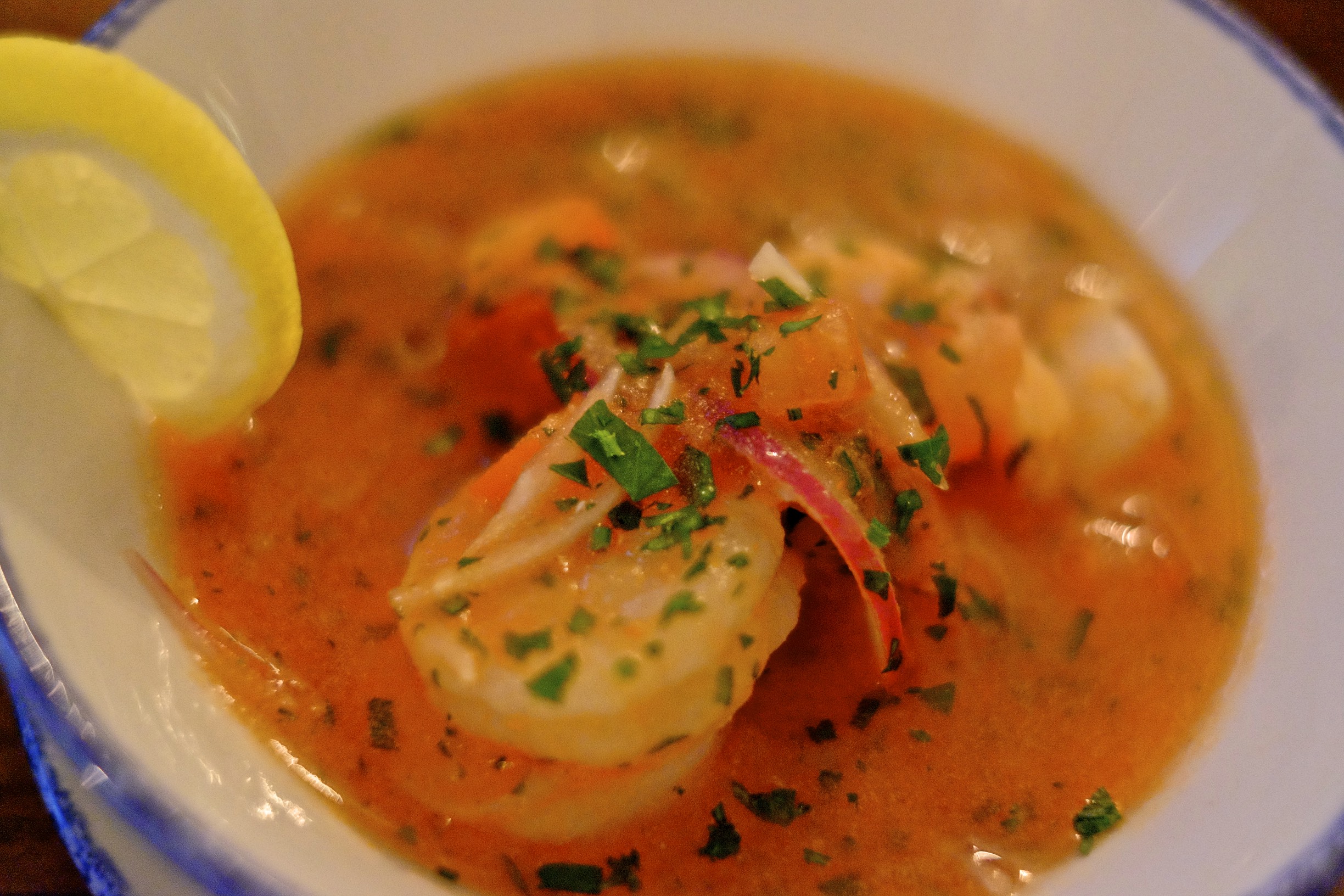 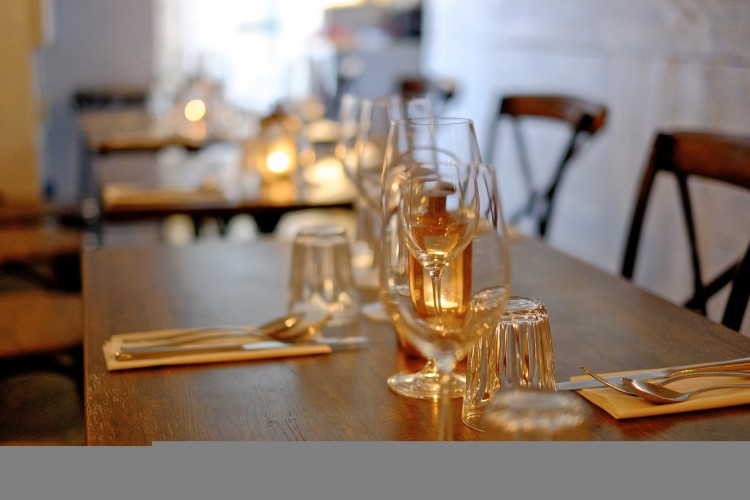 The pursuit of El Dorado or the land of gold has existed for hundreds of years. It has been the subject of many legends and myths. What is known is that in 1541 Francisco Orellana and Gonzalo Pizaro set off from Quito the capital of Ecuador in search of the land of gold. It’s unrecorded if they ever found it but what was achieved by Orellana was the first known navigation of the Amazon. 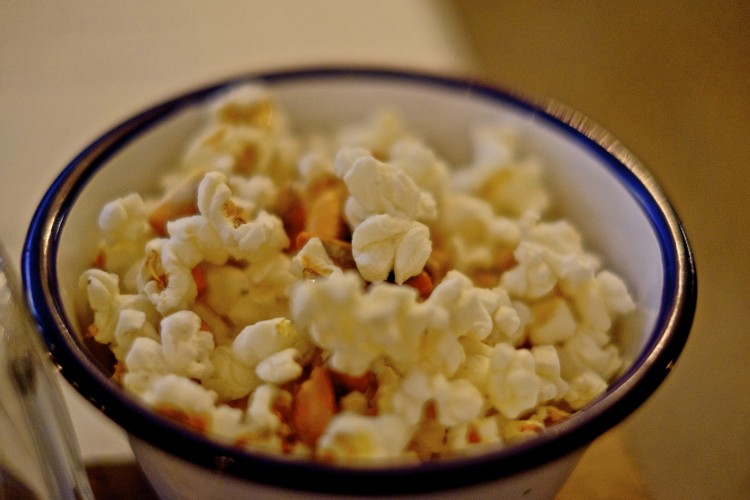 While not as long or treacherous as the Amazon you still might struggle to find 16a St. Anne’s Court in London’s Soho. It is a slip of an alley resting between Wardour Street and Dean Street. If you persevere you will find Tostado, central London’s only Ecuadorian restaurant. There is a growing community of cafes in Elephant and Castle but this is the best place to taste the real deal. 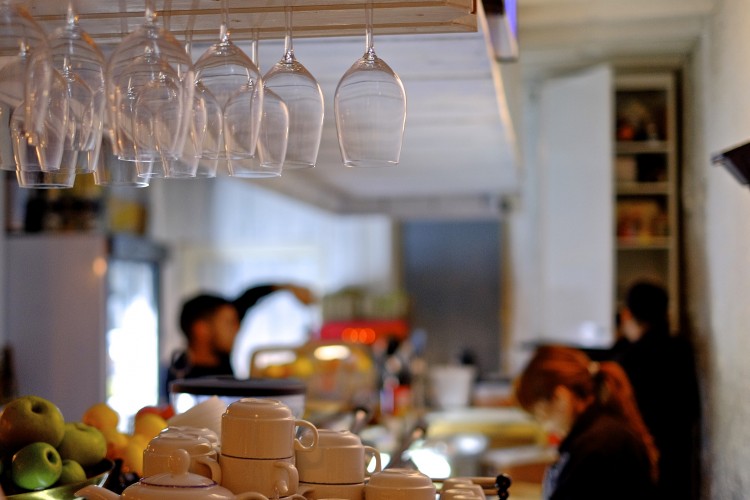 My companion for the evening was J, although widely travelled she confessed that South America was the only continent she hadn’t been to (yet)! Checking out an Ecuadorian eatery seemed like a good place to start the journey. The interior is minute, it will seat 14 people at tables and another four on barstools in the window. A long counter stretches the length of the narrow space with bowls of fruit but not much else to give a clue about the food. The walls are white with occasional decoration, the tables have little candle lanterns and the unobtrusive music is South American, think Buena Vista Social Club but with food. 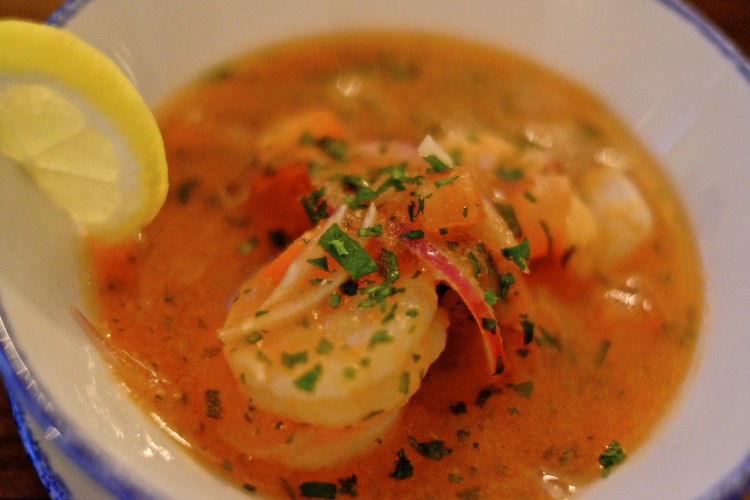 While sipping a very good glass of Malbec and waiting for J to arrive I was given a bowl of popcorn. This unsolicited offering was a touch unusual but was told it was commonplace in Ecuador. J arrived on time and I switched to white (her choice) and a good idea it was too. We ordered a bottle of Chilean Days of Summer. Don’t be deceived by the simple name, this wine is excellent full of fruit and floral notes. Perfect for what was to follow. 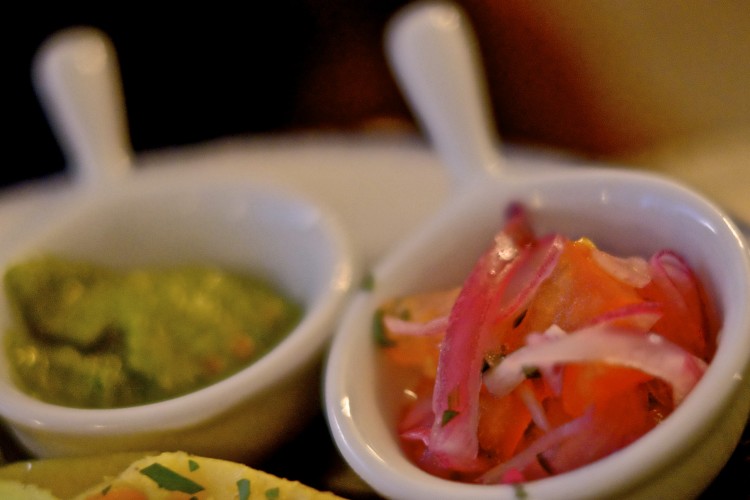 The menu is short and like tapas. We both decided to try prawn ceviche. This classic method of preparing food is as South American as El Dorado and has become more popular this side of the world. The fresh prawns are cured in citrus juice and then mixed with onions, coriander and tomato producing the cleanest tasting fish dish I’ve had in years. It was divine and the wine was perfect. We both enjoyed this excellent offering. And I was instructed to put my popcorn in the ceviche. “Really” I said, “Yes” came the reply. I tried it and it worked, the popcorn becomes soft upon immersion and so as weird as it sounds it was another texture to add to this already great soup. 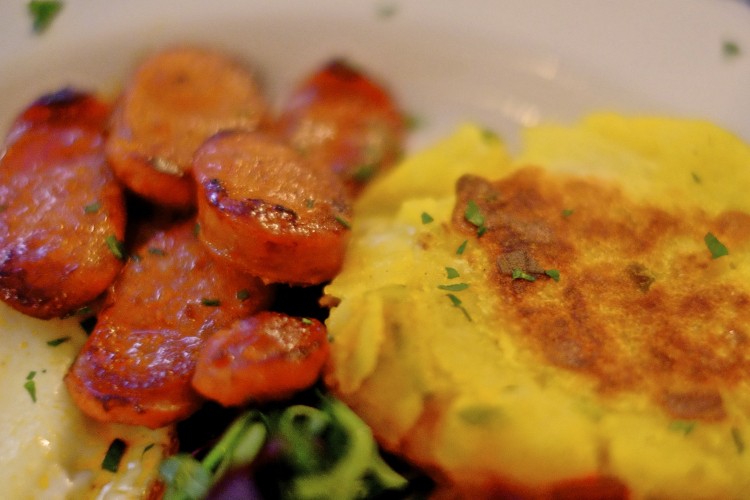 J has a high flying job that takes up a lot of her time so another confession was that she doesn’t do much cooking. I teased her a bit about the ‘empty fridge’ syndrome. But it has good points as well she countered “I eat out a lot and get to try all sorts of food I’d never dream of cooking at home”. That put me in my place. 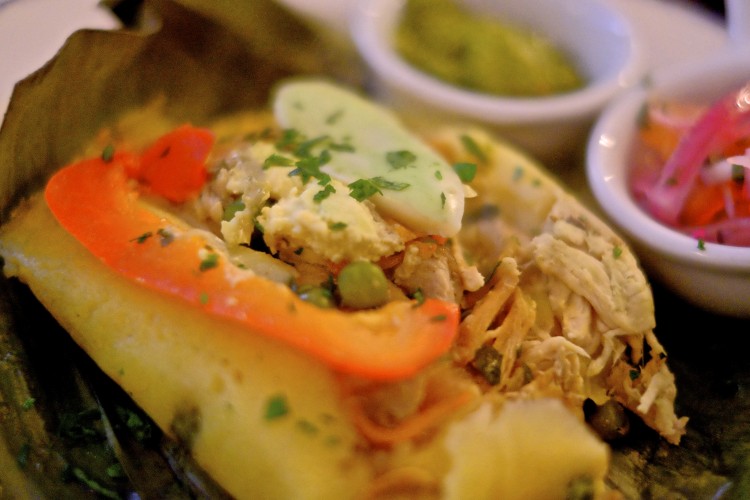 The next course was more like tapas style so we decided to share our different dishes. My plato amateño consisted of slices of spicy chorizo, a fried egg and llapingacho a potato and cheese hash not dissimilar to Swiss rosti. J had tamales lojanos, a chicken, pork and corn filled tortilla that came on a banana leaf. Incidentally Ecuador is the fifth largest exporters of bananas in the world so it is no surprise that a leaf or two has made it to London. But I was surprised not to see more banana-based dishes on the menu. 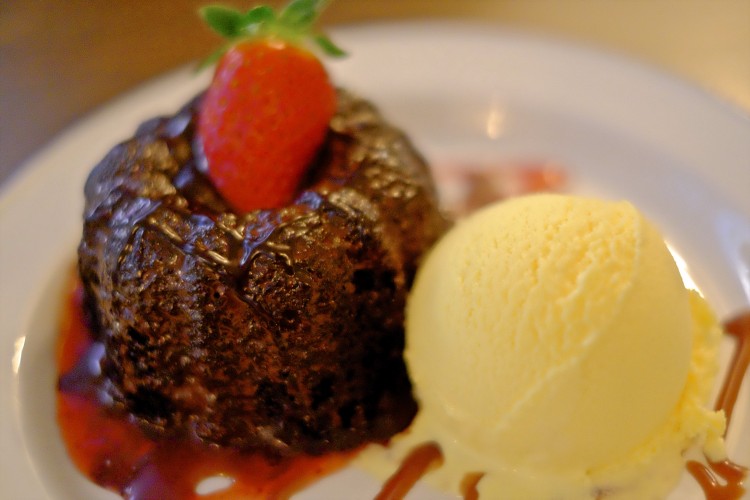 This is classic sharing food (except the fried egg of course)! The chorizo was very good and the llapingacho really tasty and had a pleasing crunch. Being a bit of a grazer J was delighted with the casual approach to dining here. The staff were lovely and unassuming and very attentive in a non-fussy way as we dawdled over our mains. 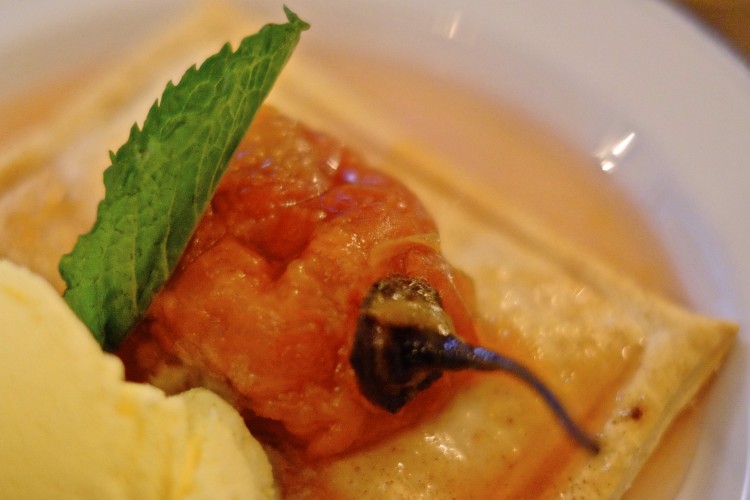 Desserts beckoned and J (a self confessed chocoholic) took no time in ordering hot chocolate cake and cream. This was very good and clearly made with quality chocolate (South America does have some outstanding produce to draw on). It was warm and gooey and all a bit too much for J who didn’t quite make it to the end but tried valiantly. My tropical tomato tree or tamarillo and brandy sauce came on a square of puff pastry. The sauce was sweet and syrup heavy, just what the acidic fruit needed. 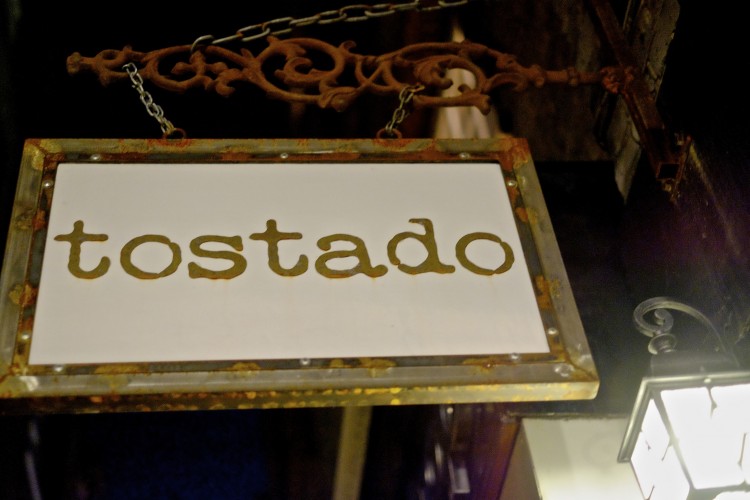 Tostado is a charming little eatery that is as busy at breakfast time as it later in the day. J loved this tiny Soho restaurant thinking it had lots of character. You have to book if you want a table at the weekend so although a small place I think they are doing something right. It was a refreshingly different meal that made me curious to find out more about the fabled land and food of El Dorado.