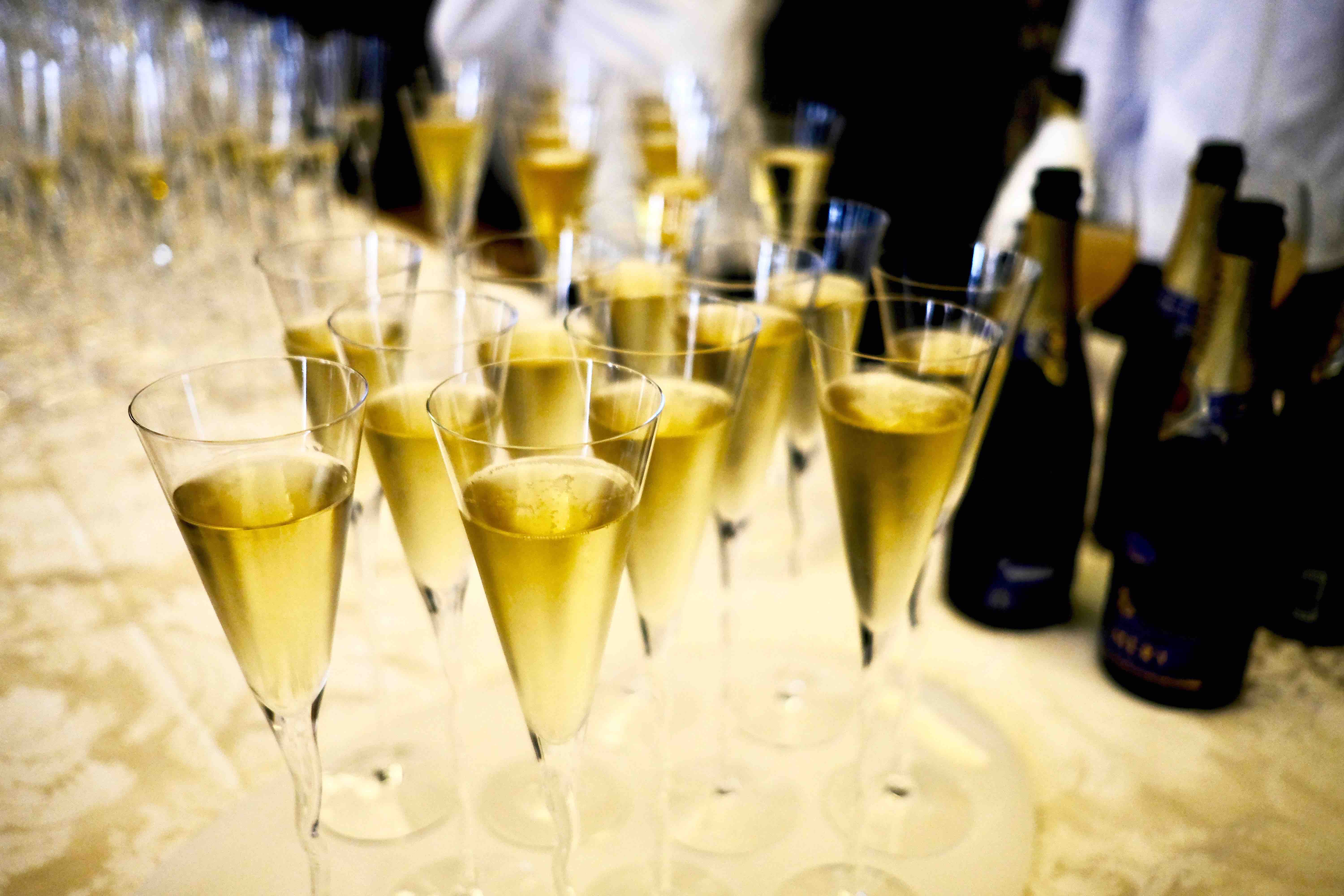 I had never been to a ‘washoku’ banquet before let alone at Hampton Court Palace. I was intrigued. I was the guest of The Ministry of Agriculture, Forestry and Fisheries, JA (Japan Agricultural Cooperatives) Group and JA Group Kyoto. 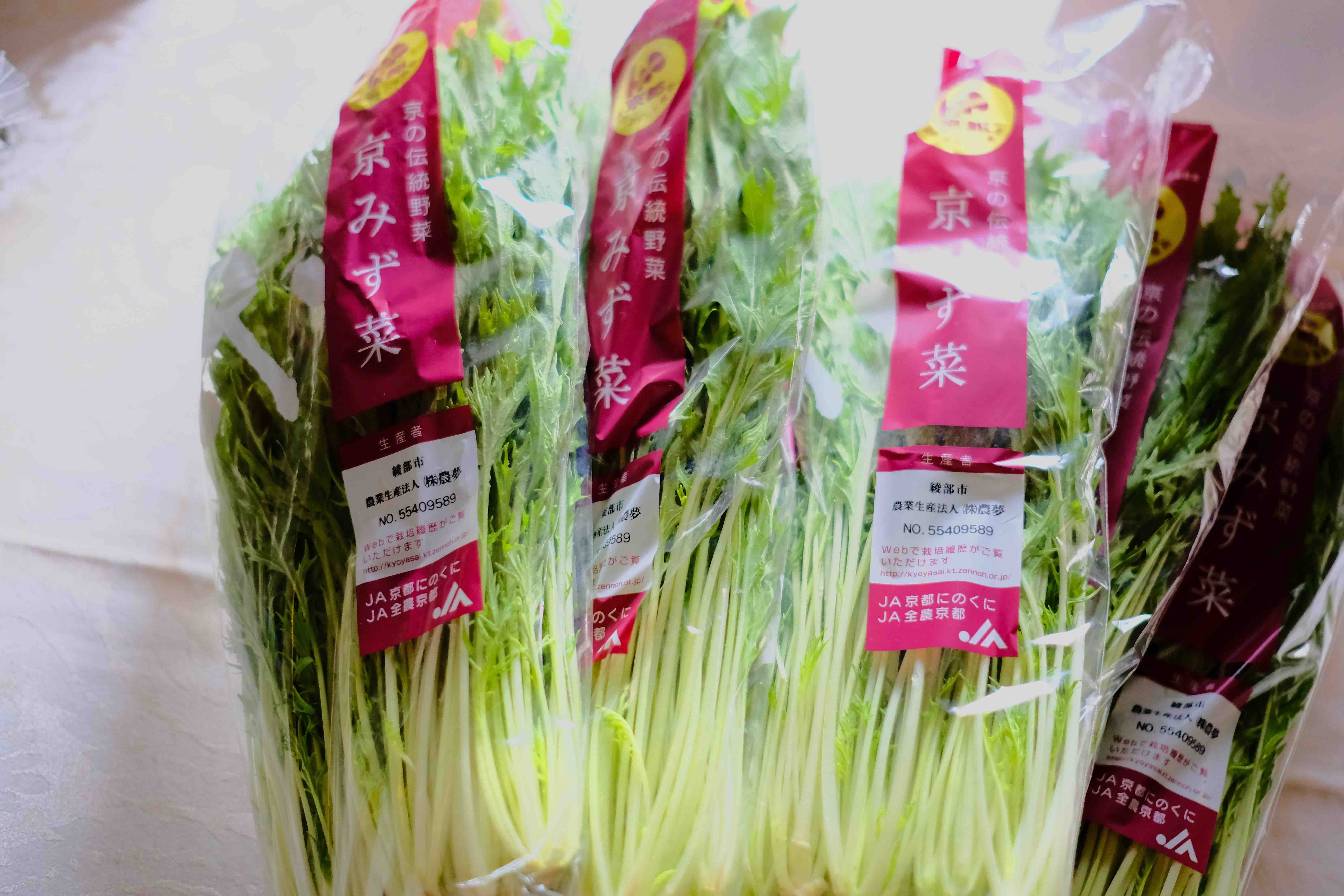 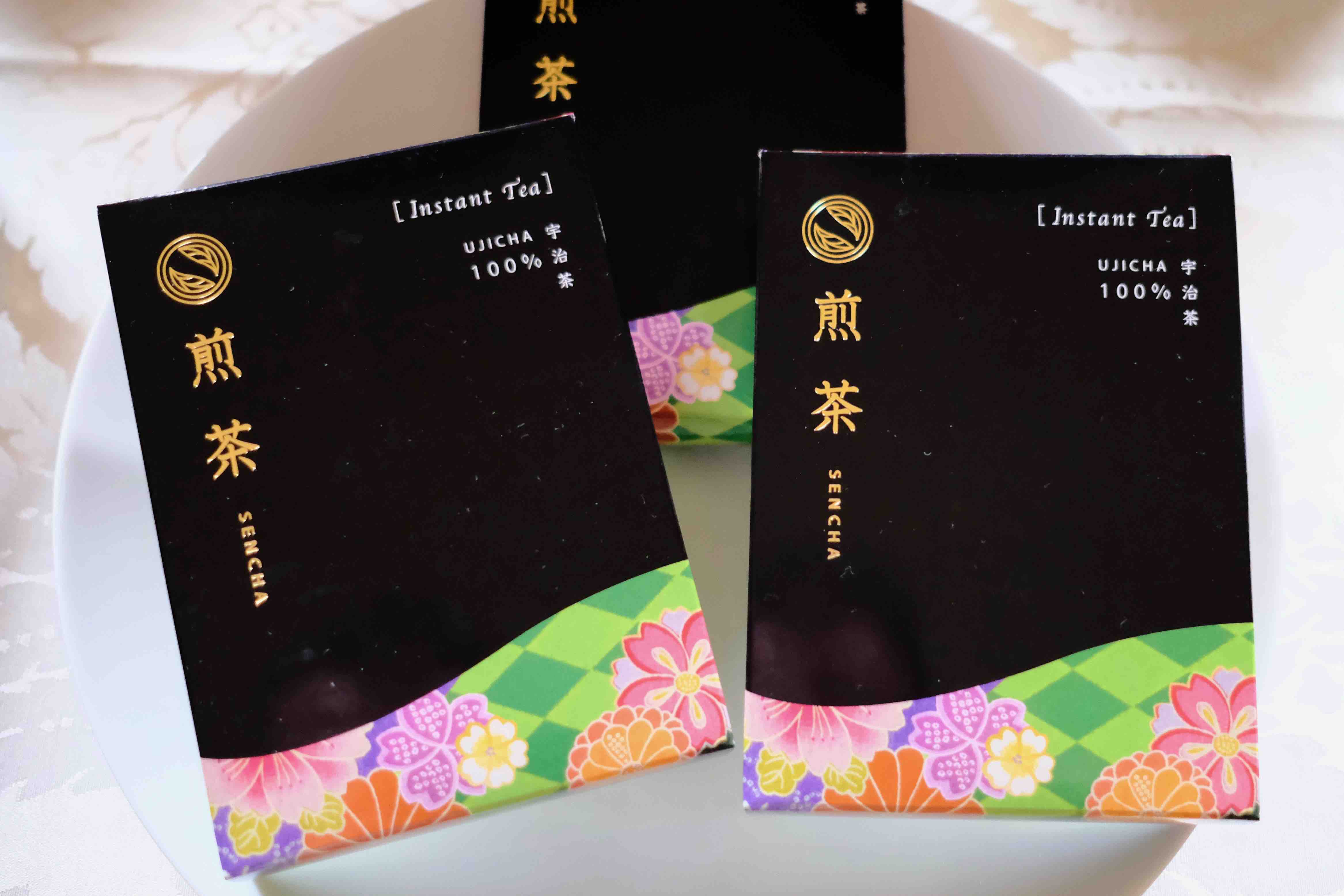 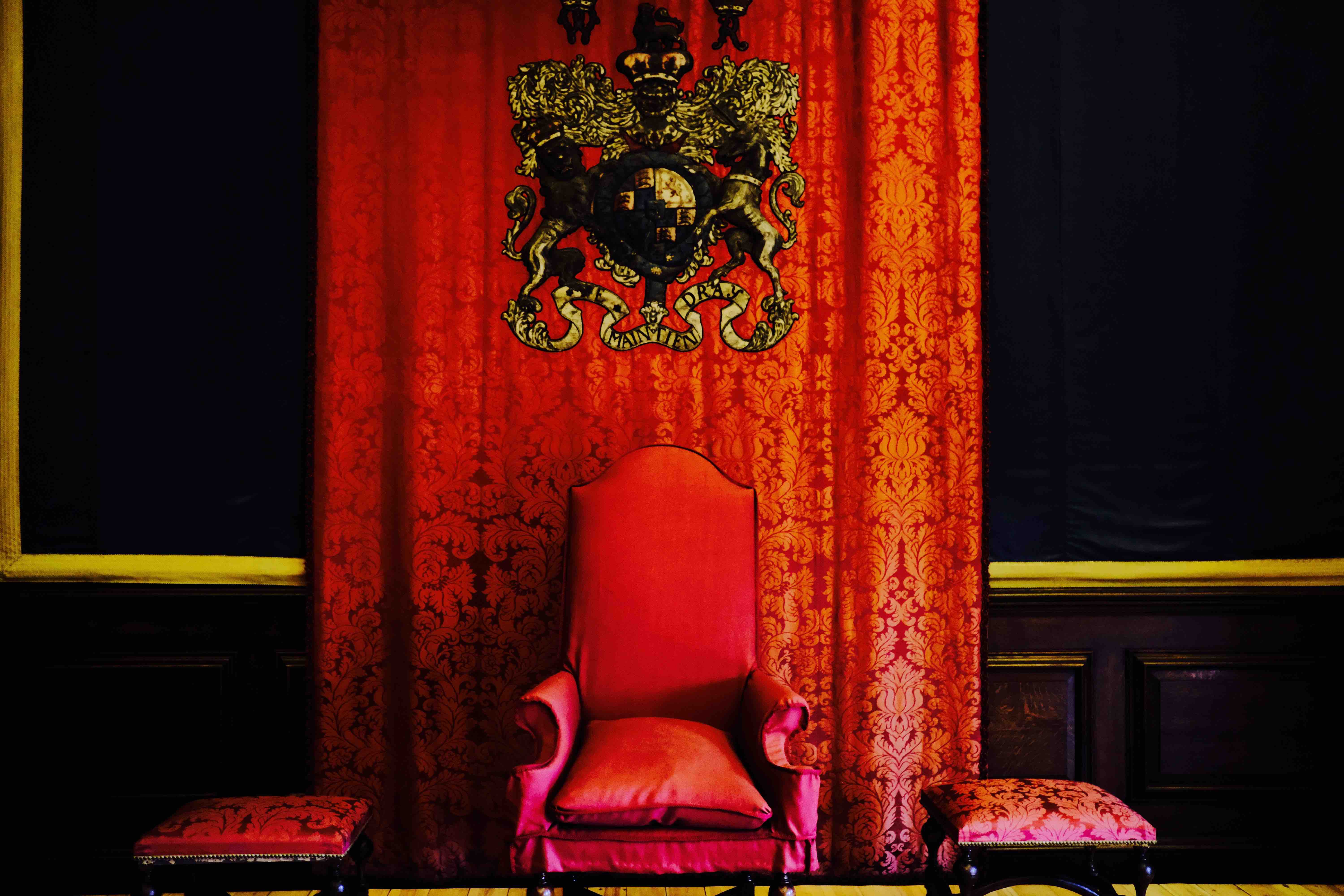 Washoku is a Japanese meal consisting of four elements: a bowl of steamed rice, small plates of pickled vegetables, a bowl of ju (soup) and main and side dishes. A drinks reception in an anti room set the scene well. Champagne or fresh lemonade (it was an incredibly hot night) and ladies in kimono topping up drinks and smiling, the Japanese ambassador was mingling with the excited throng of guests. It looked set to be a night to remember. 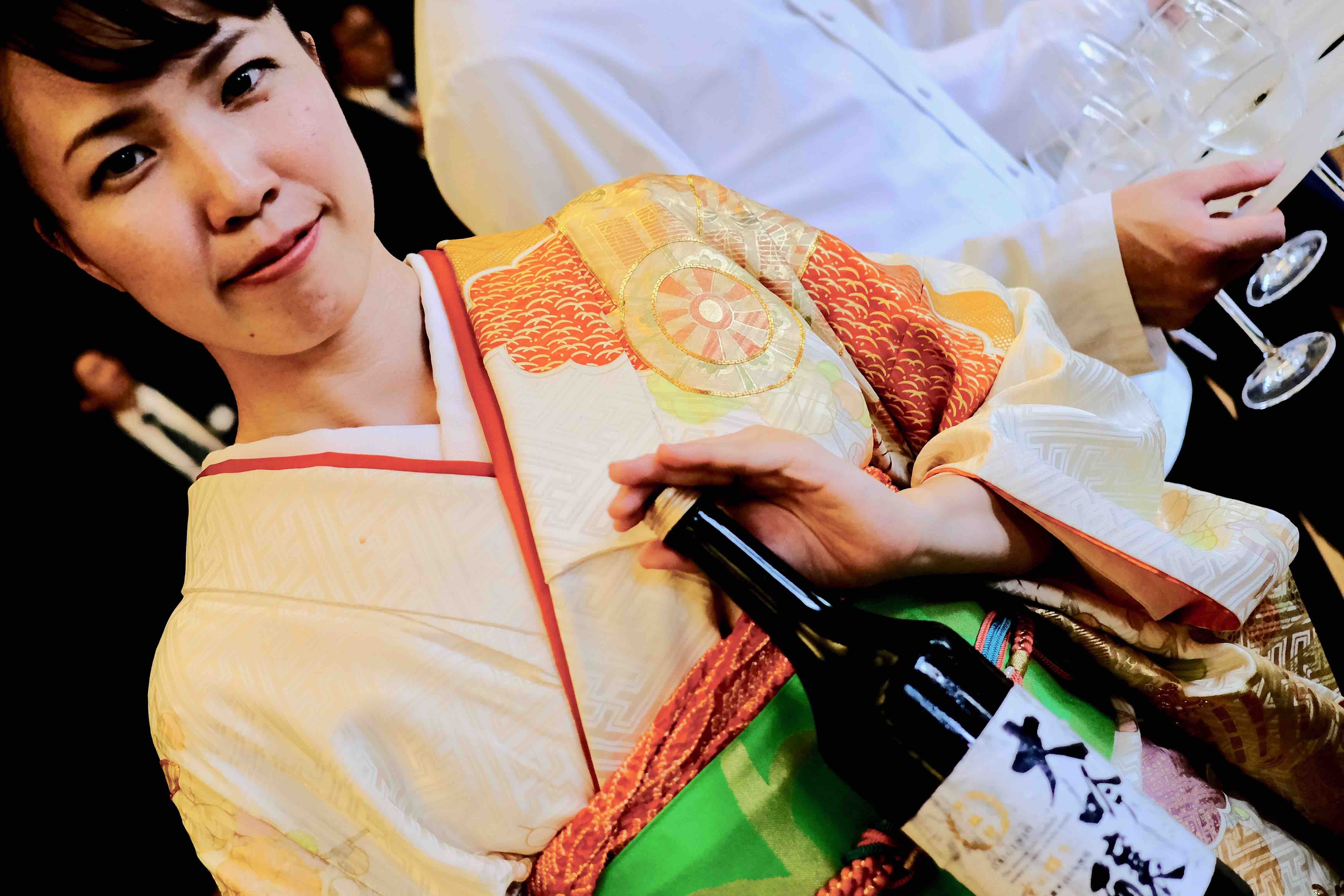 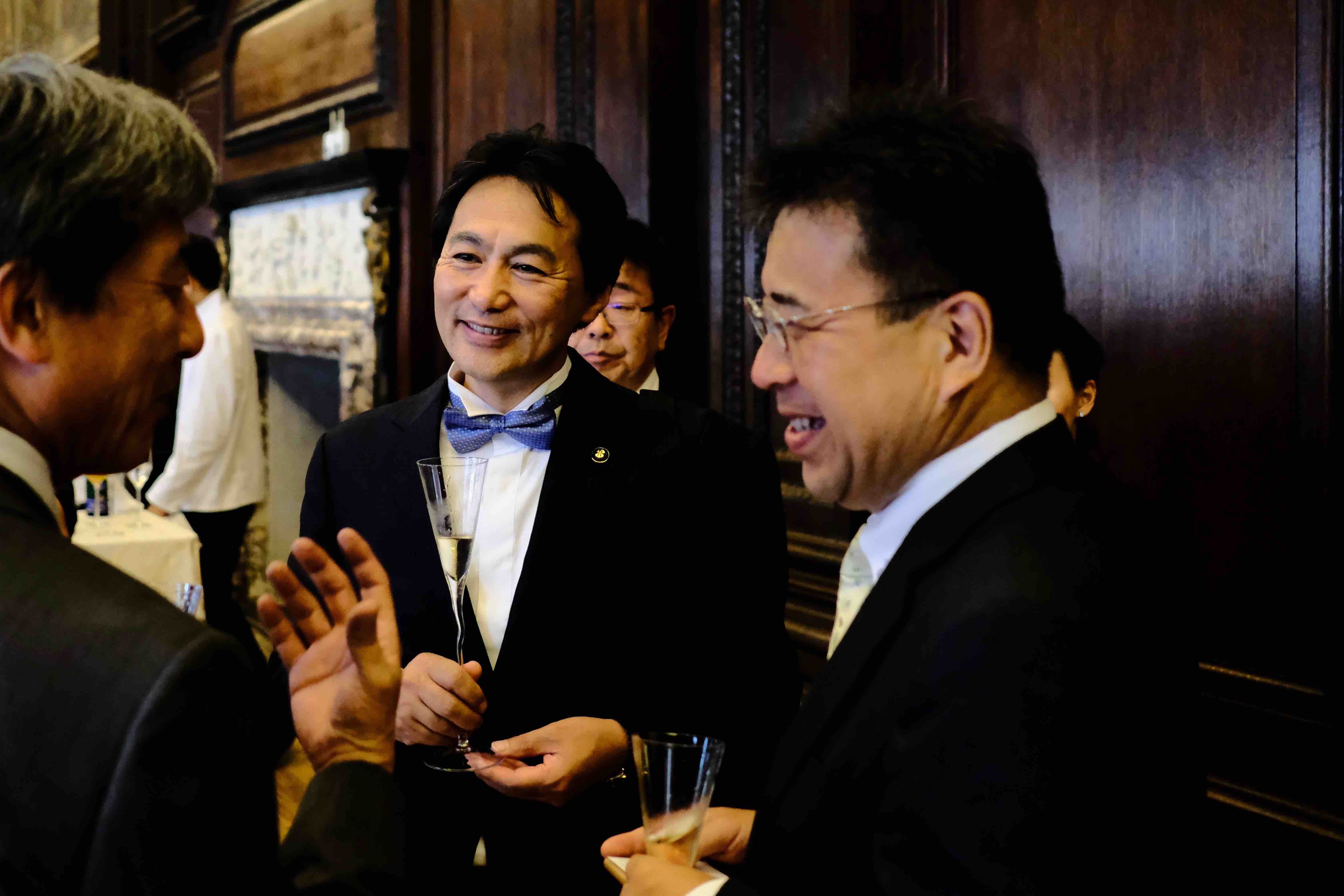 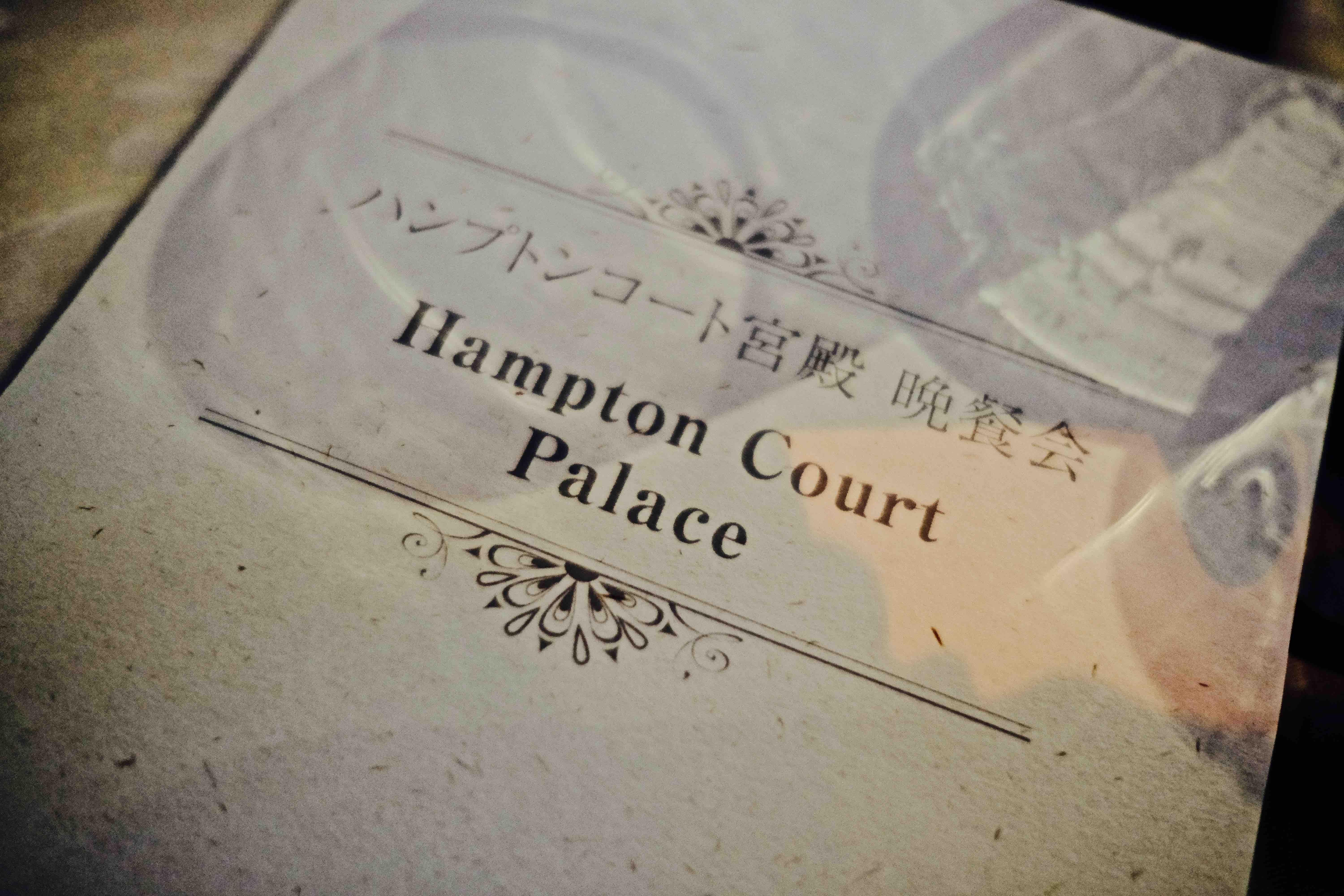 The master of ceremonies called time to be seated and we all walked through endless vast corridors until we reached the Great Hall, its walls decorated with Henry VIII’s favourite tapestries depicting the story of Abraham. Heads of state still use this room for meetings so we felt very privileged to be under its hammer-beam roof. Shakespeare’s players The Kings’ Men performed for King James I in 1603. 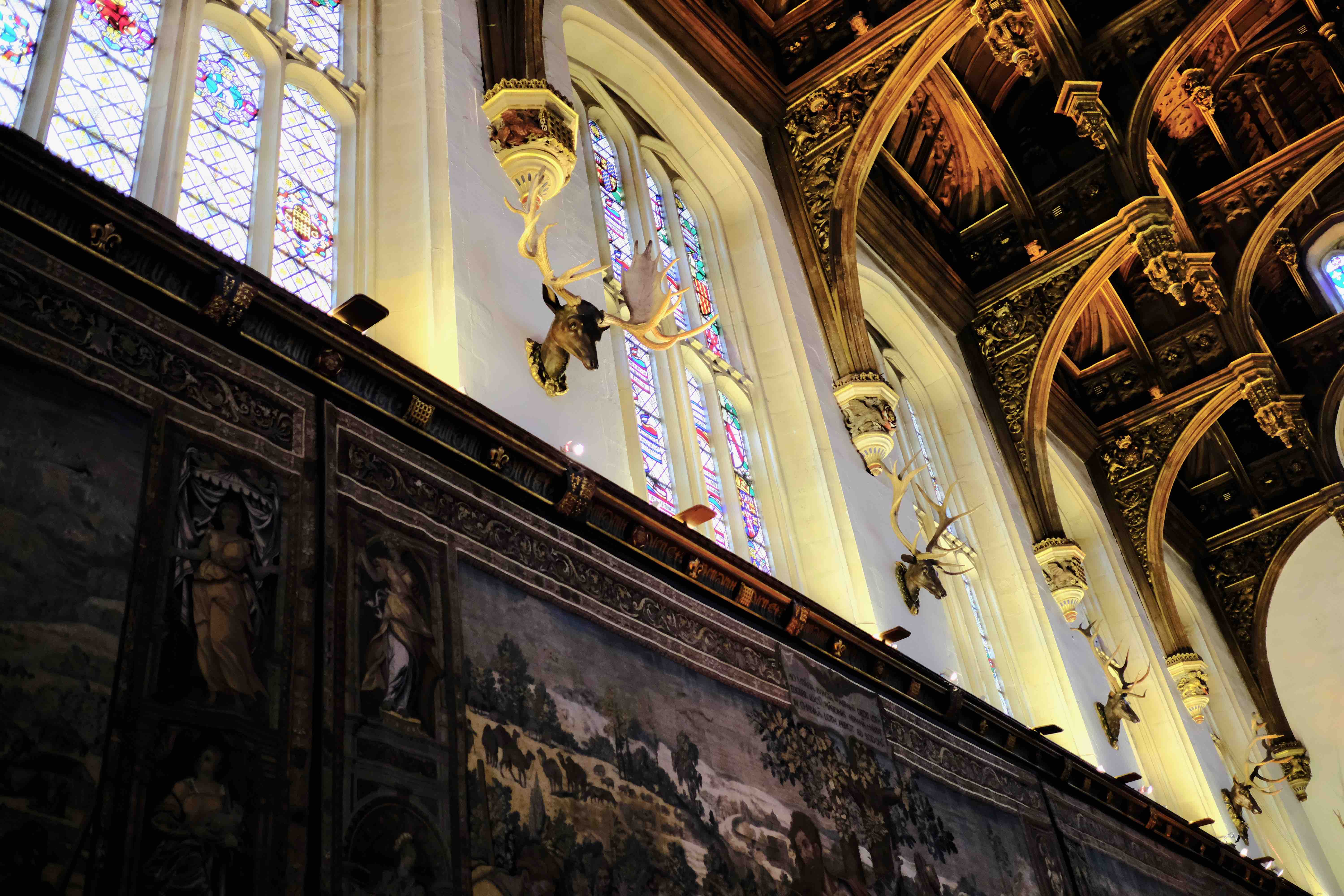 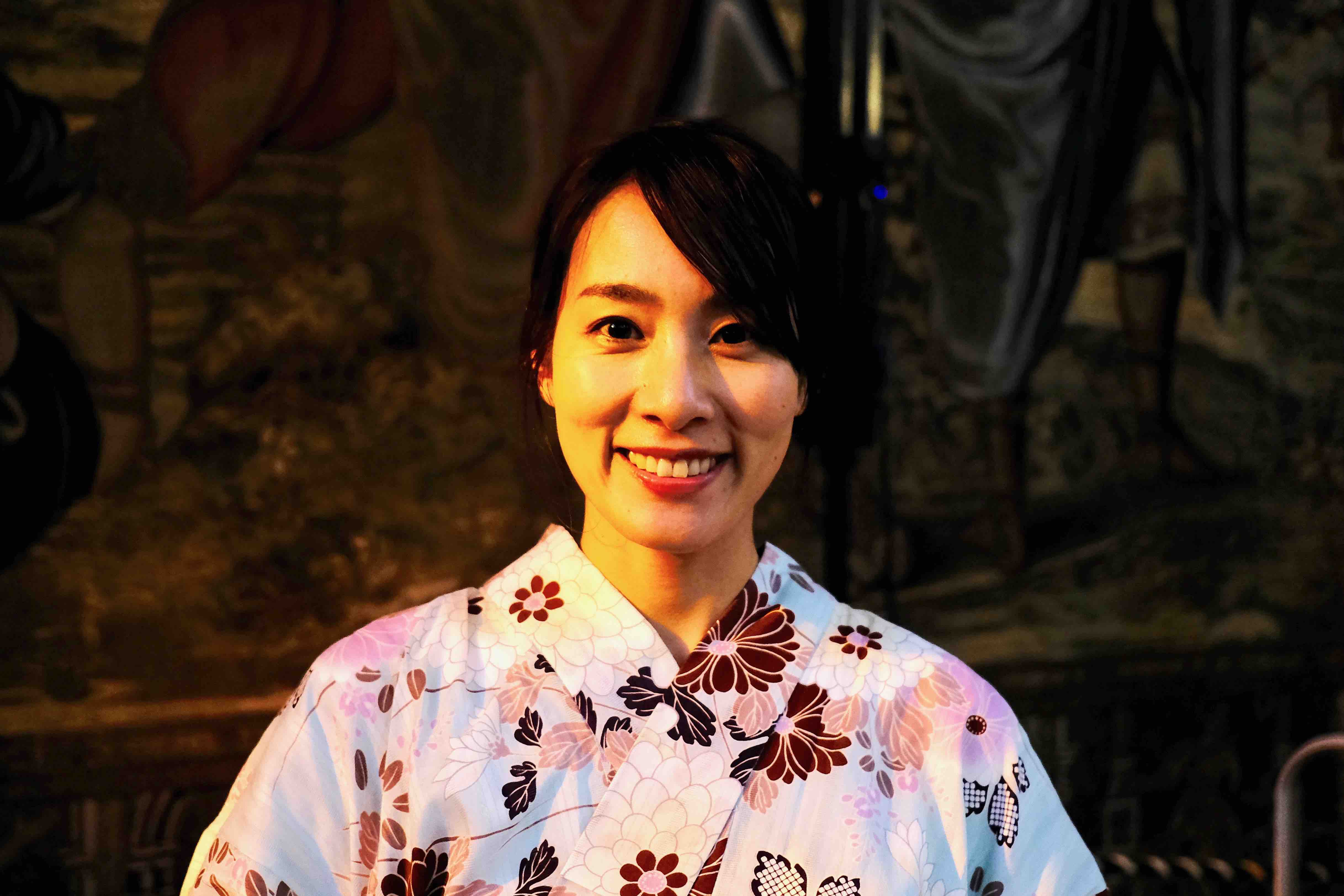 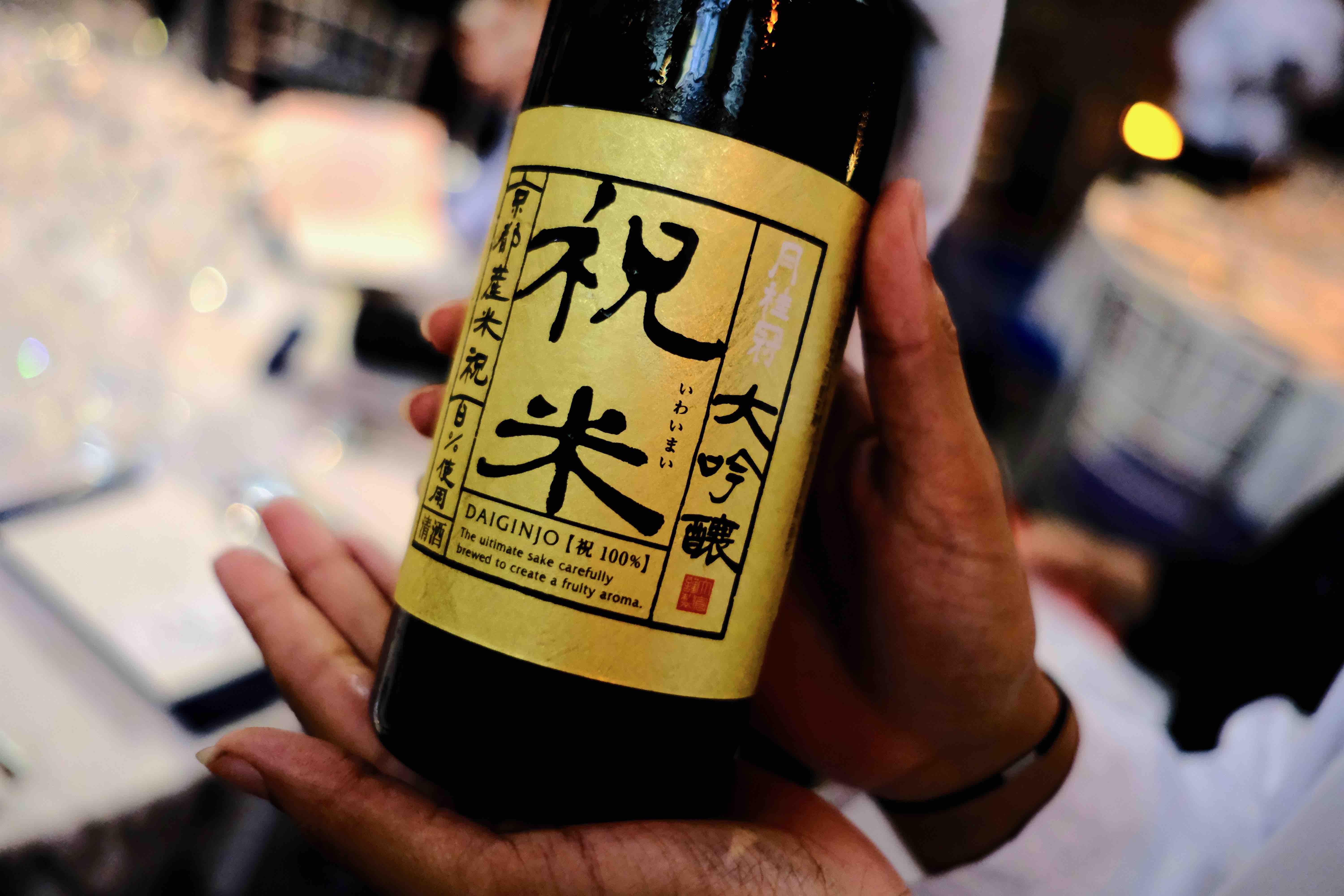 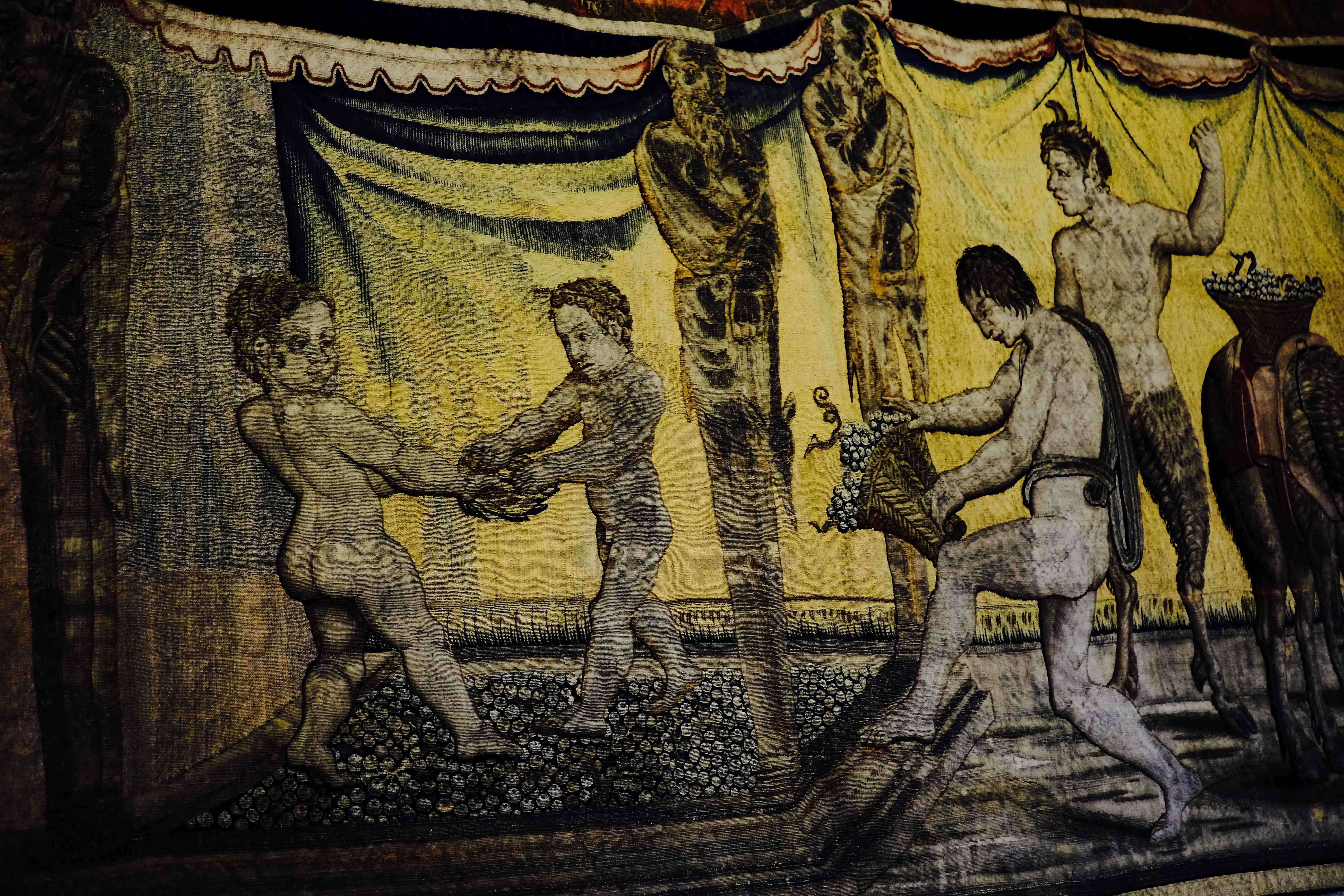 As we were seated sake was poured for all the guests. We listened to minister of agriculture who explained that all the food for the meal was specially imported from Kyoto. The Japanese Ambassador put us at ease in with his perfect English and assured way. Other speakers included Mr Toshiyasu Kido the General manager / Kyoto city, Promotion Section of Agriculture, Forestry Manager and Mr Takahiro Katsuragawa the Mayor of Kameoka City who were ably assisted by Japanese TV personality Hiroko Seiro. 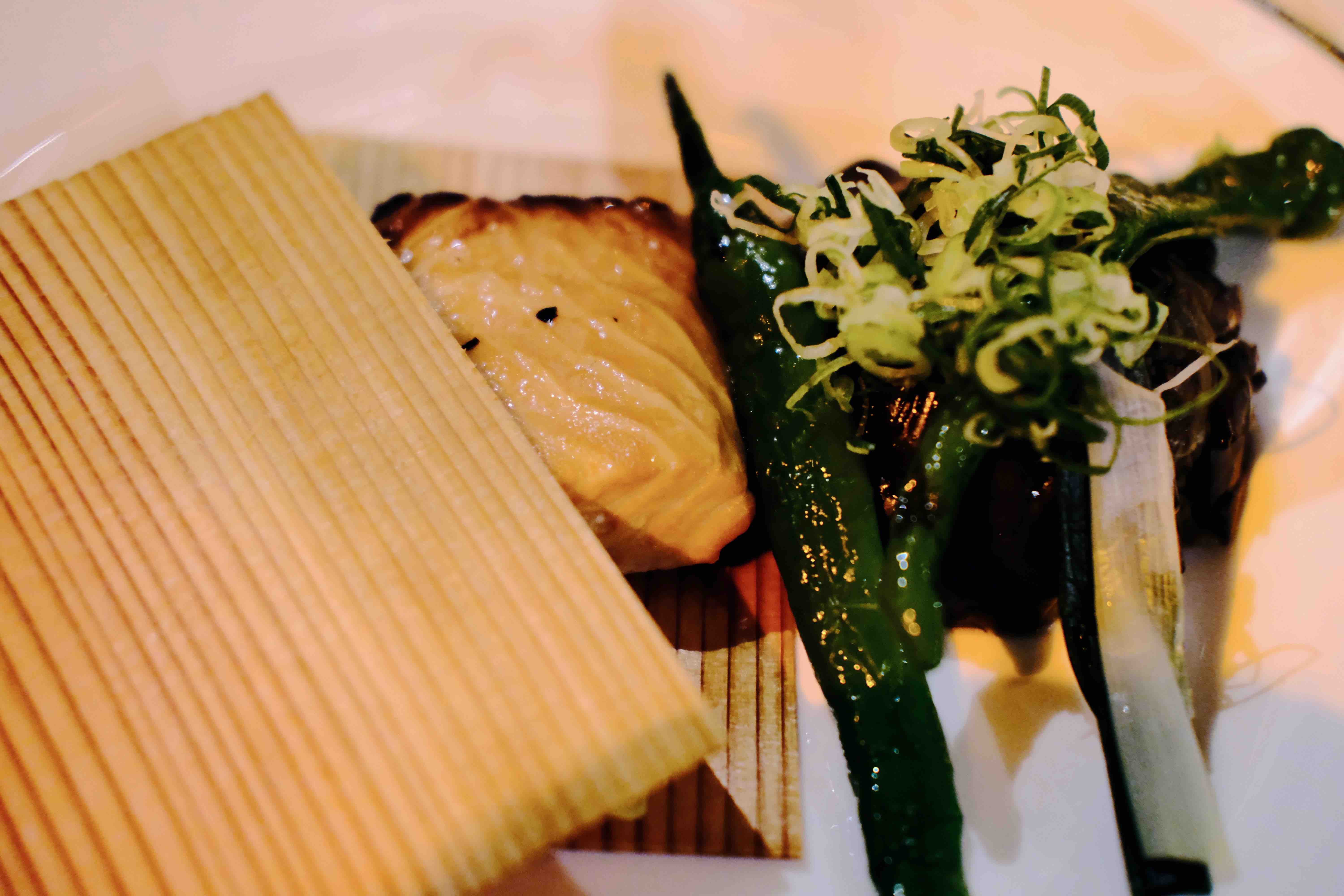 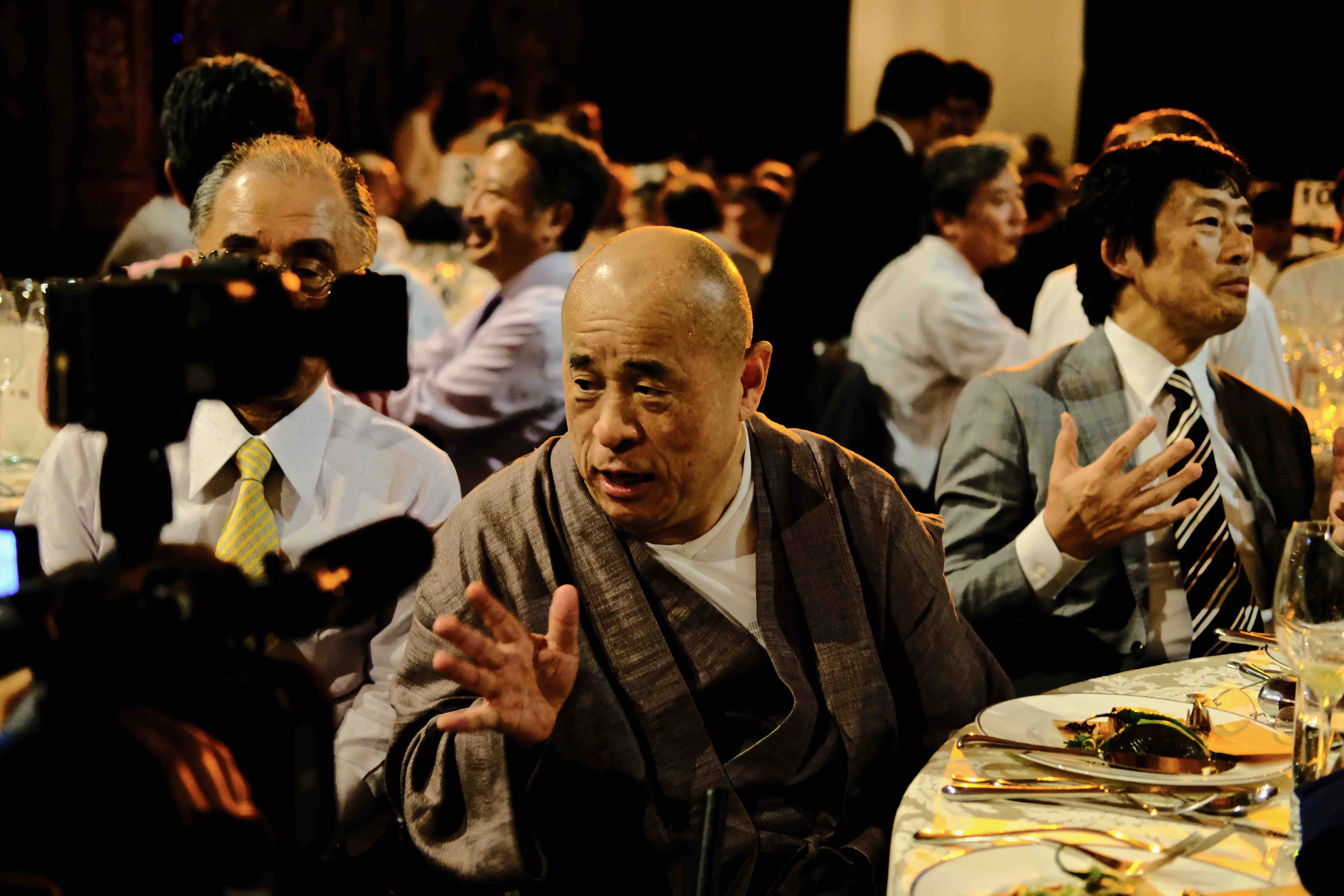 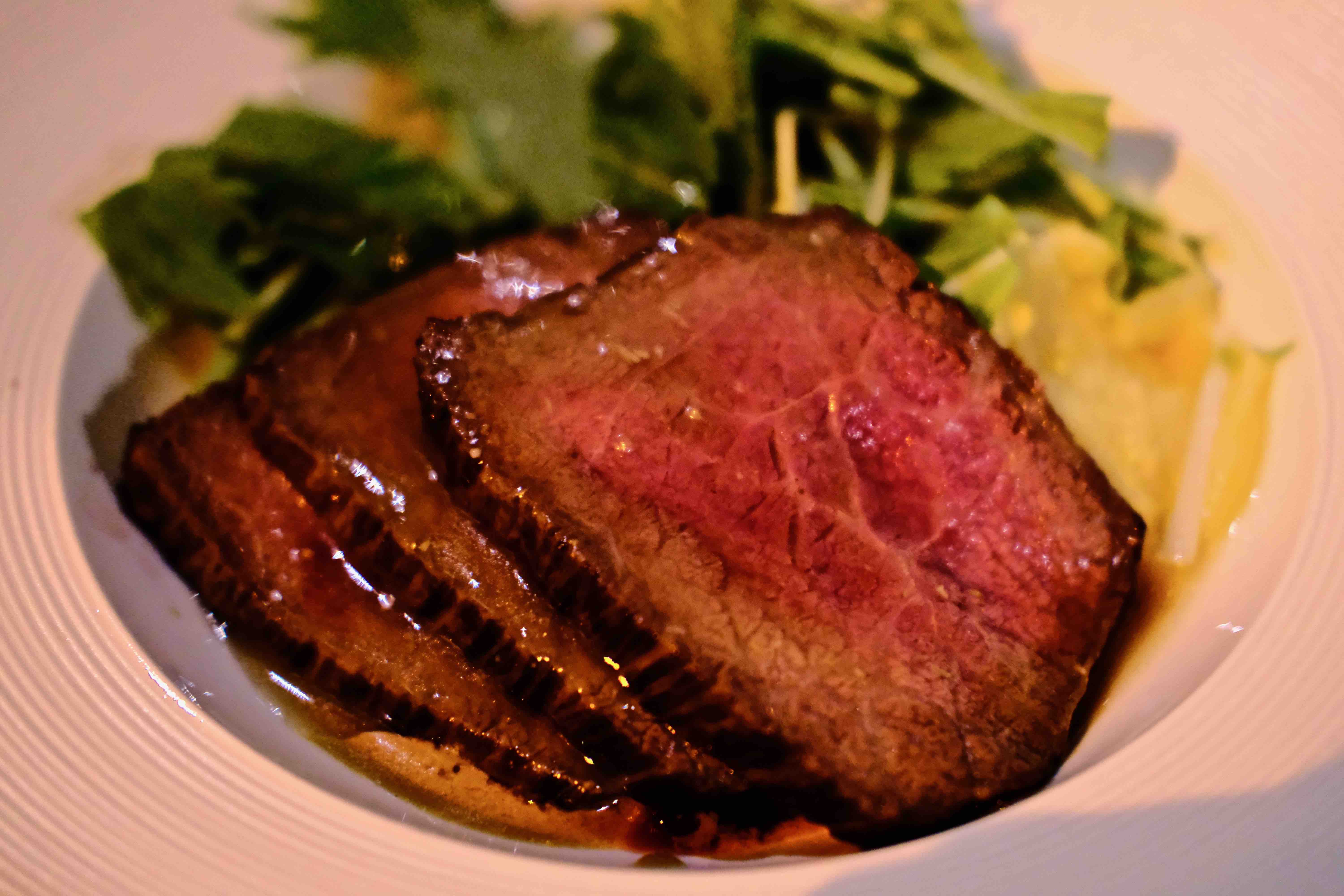 As the 270 guests sat down to eat our first course expectations were high. There was no need to be concerned the first course a mixed starter that had simmered Kyoto beef, terari sushi and Kombu marinated turbot with ponzu jelly, also had a charming origami bird made of folded paper on the plate. It was little touches like this that set this meal apart for other occasions. Attention to detail is, as I found throughout the evening the Japanese way. 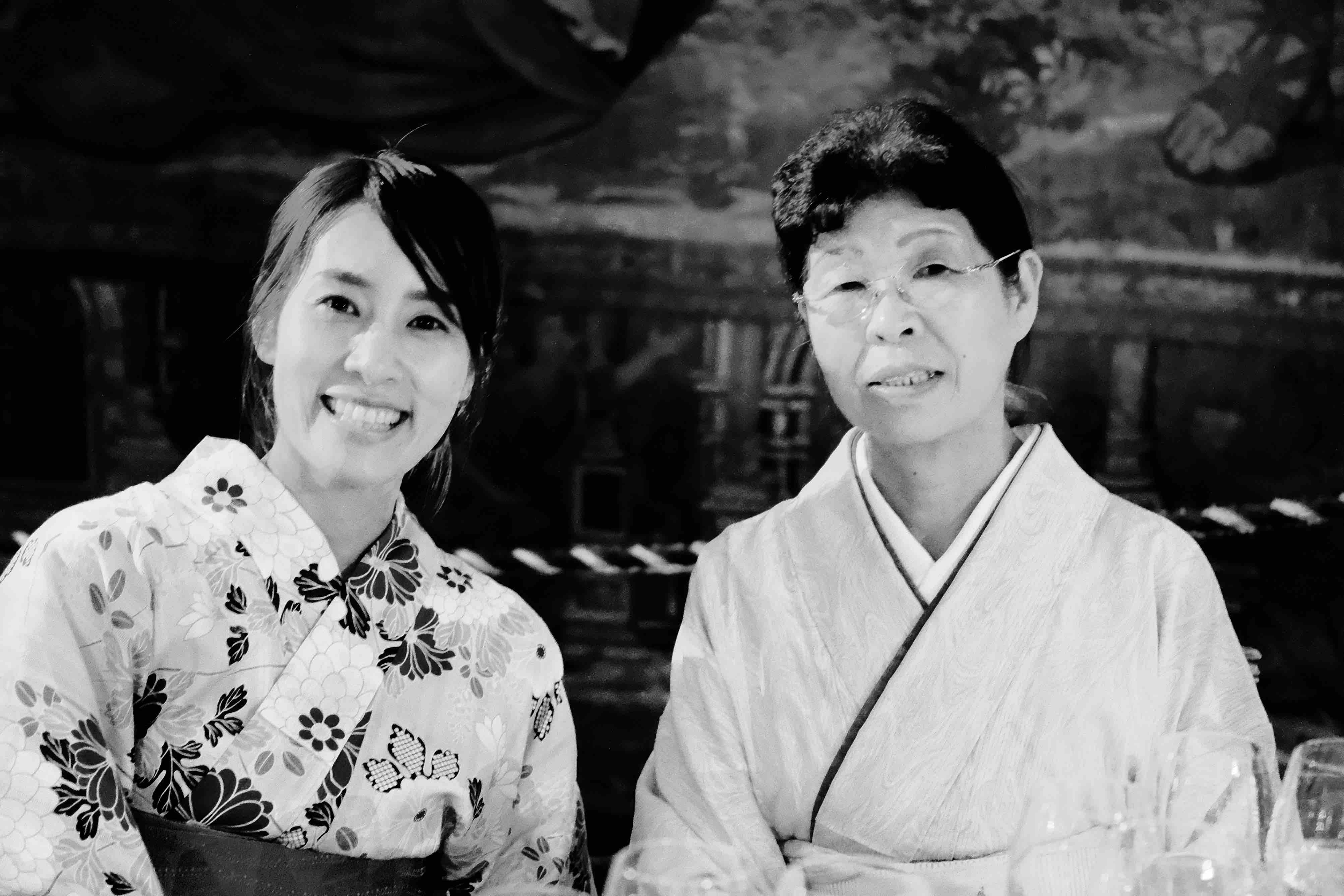 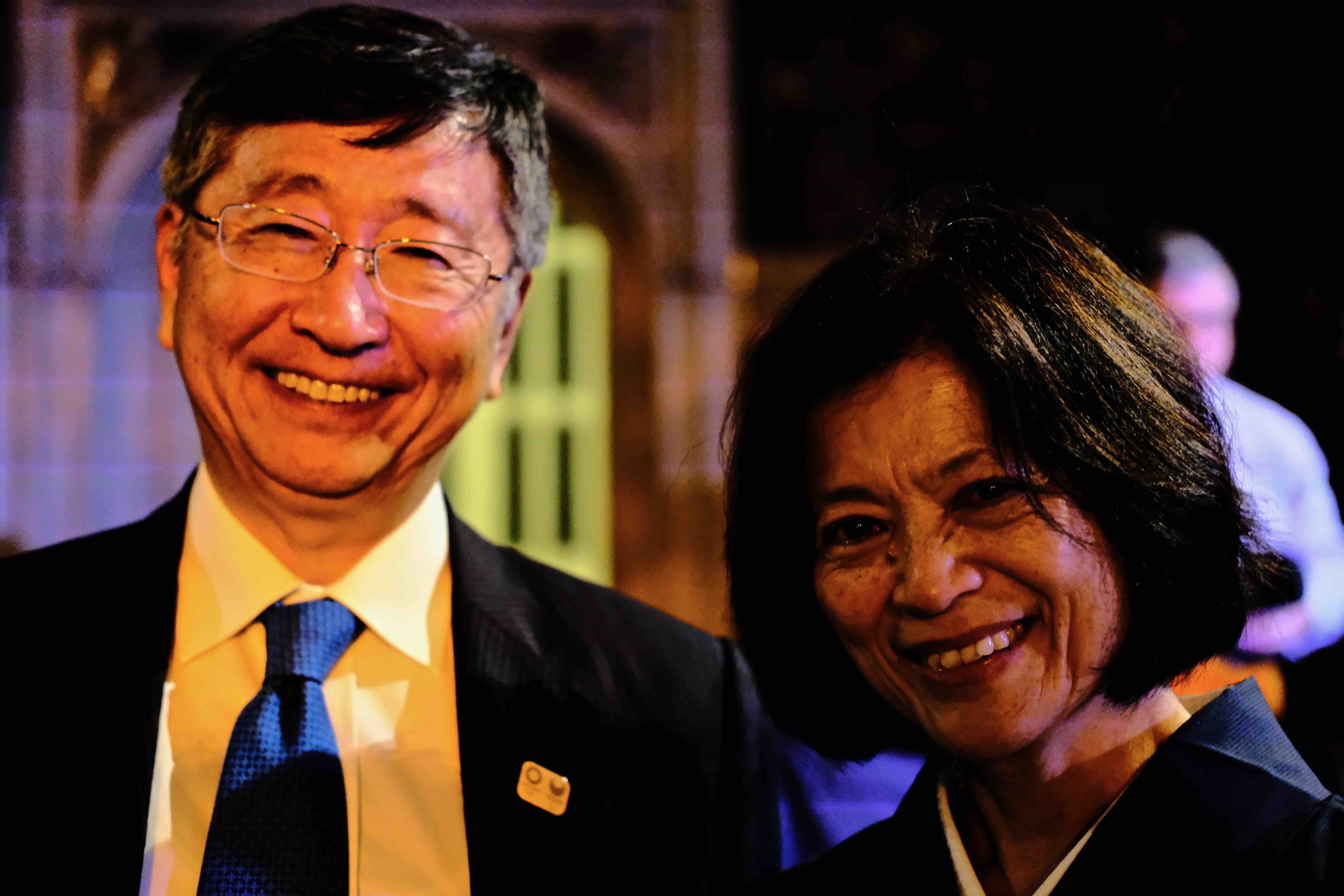 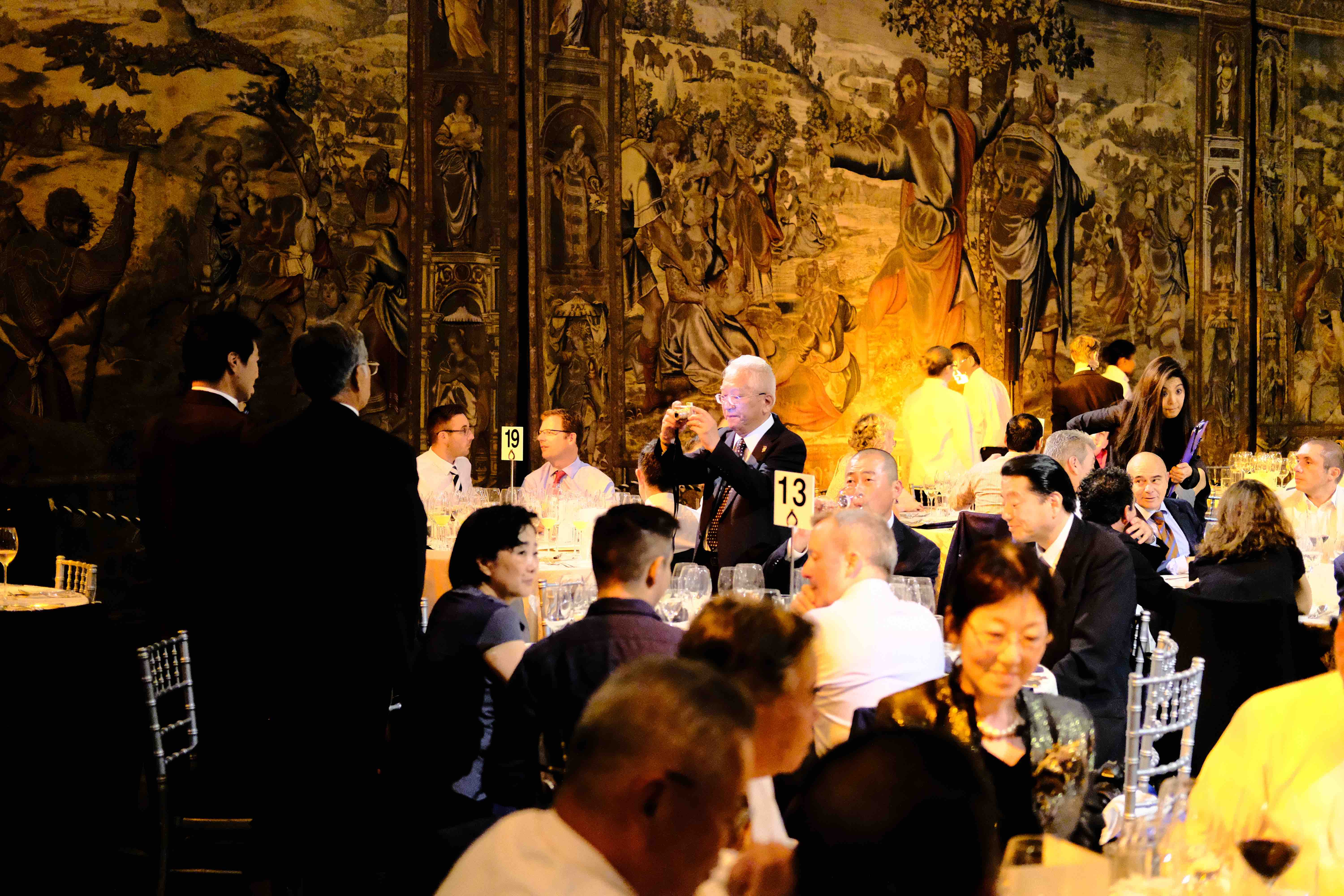 The service was faultless and all guests were constantly topped up (if they wished to be) with drinks of their choice. A gentle Yuan-grilled salmon presented in a cedar sandwich with kamo aubergine, fushimi green pepper and kujo spring onion. 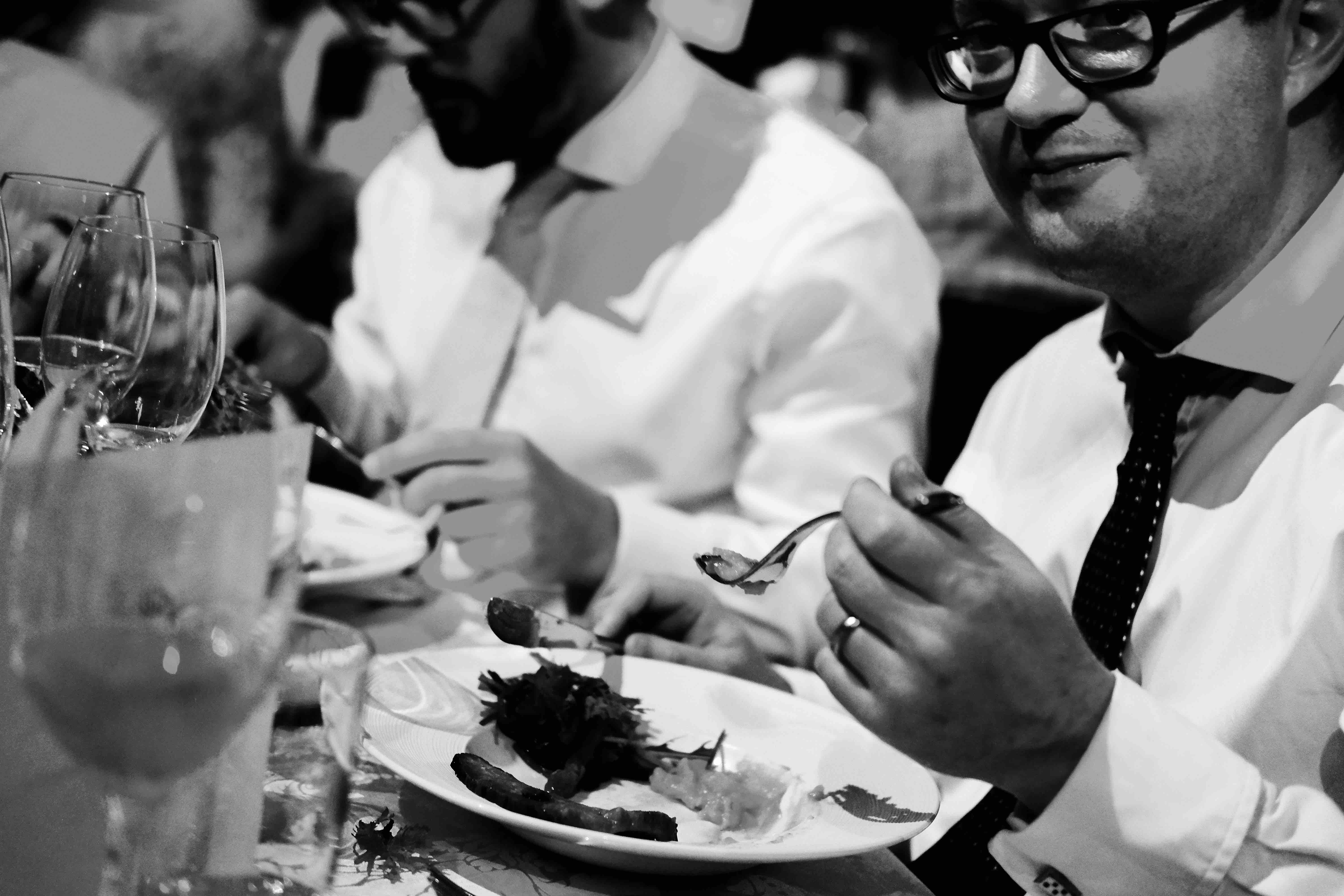 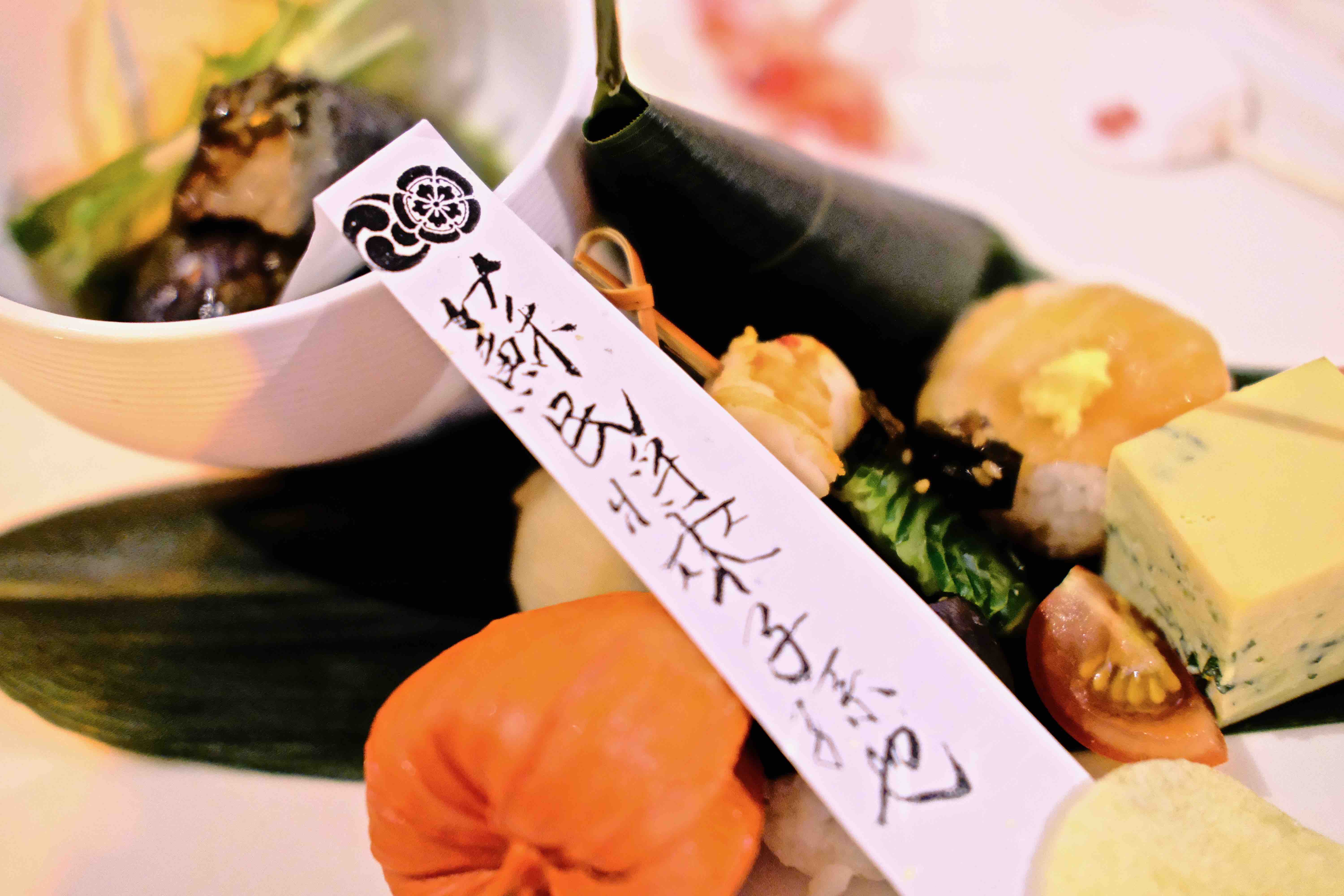 The evening was really going with a swing as each dish amazed the guests as it came from the kitchen. It was a glimpse into the world of Japanese food I had not experienced before, such attention to detail of every plate. Over the course of the evening the chefs produced over a 1000 dishes of superb ‘local’ Kyoto produce to showcase their finest offerings. 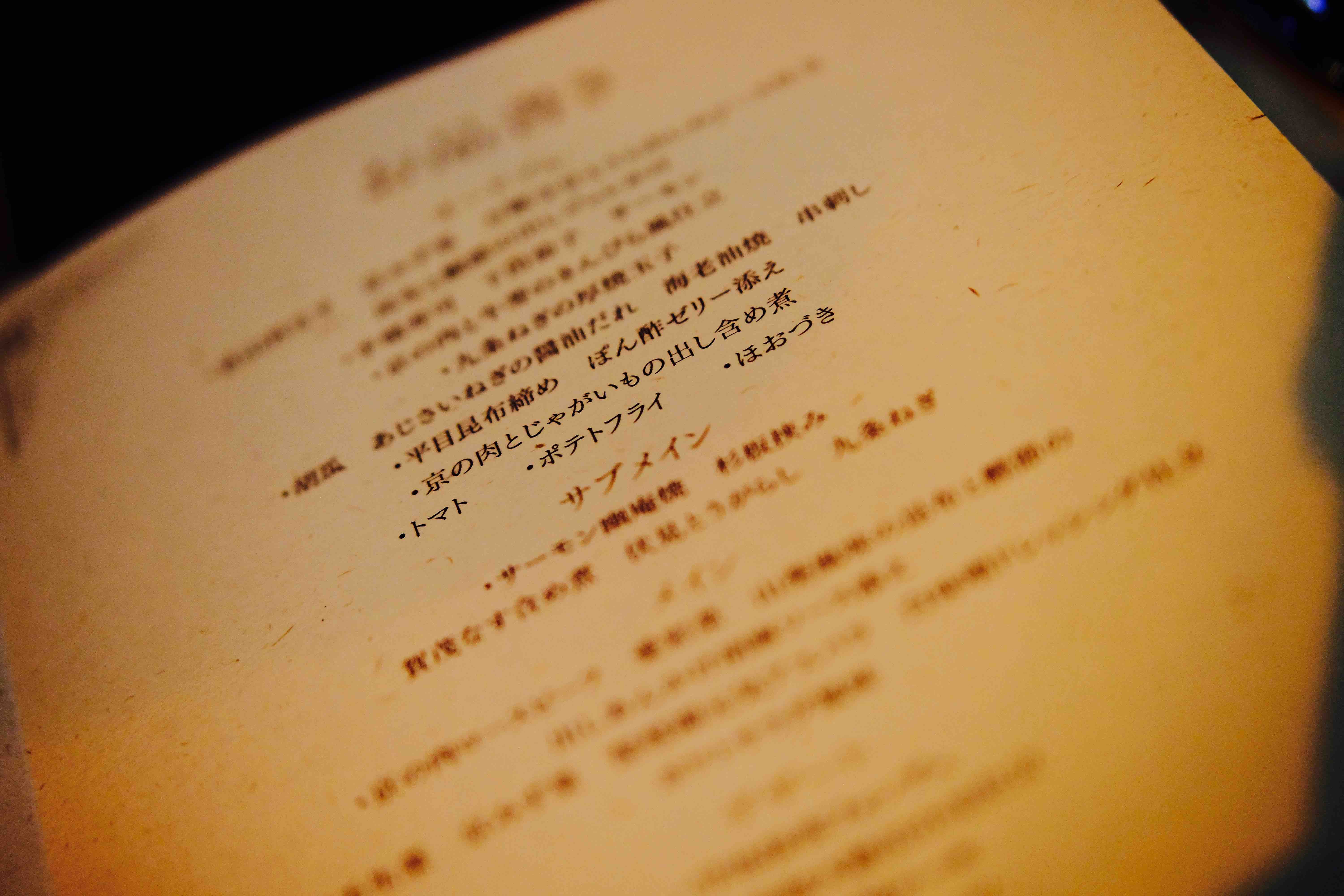 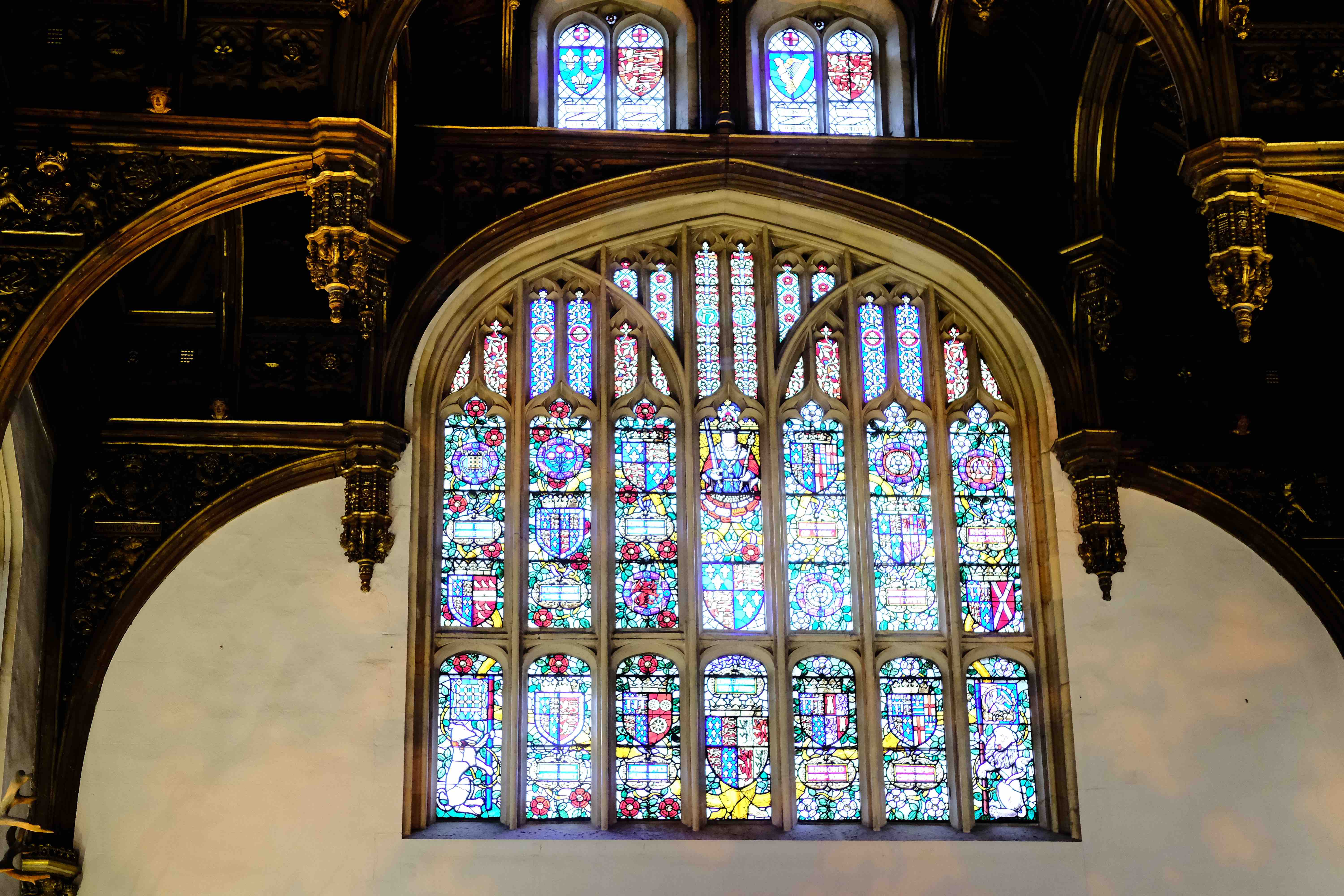 The main course was another triumph of Kyoto beef roast and mustard leaf in wasabi soup and a sesame sauce and kyo-minuna, kyo-mizuna greens and asparagus from Biwa-ko with miso dressing. The dessert was no less impressive as another series of speakers took to the lectern to close the evening we all enjoyed uji matcha fondu (green tea), sakuramochi with dinagon beans and black beans cake with fruit. 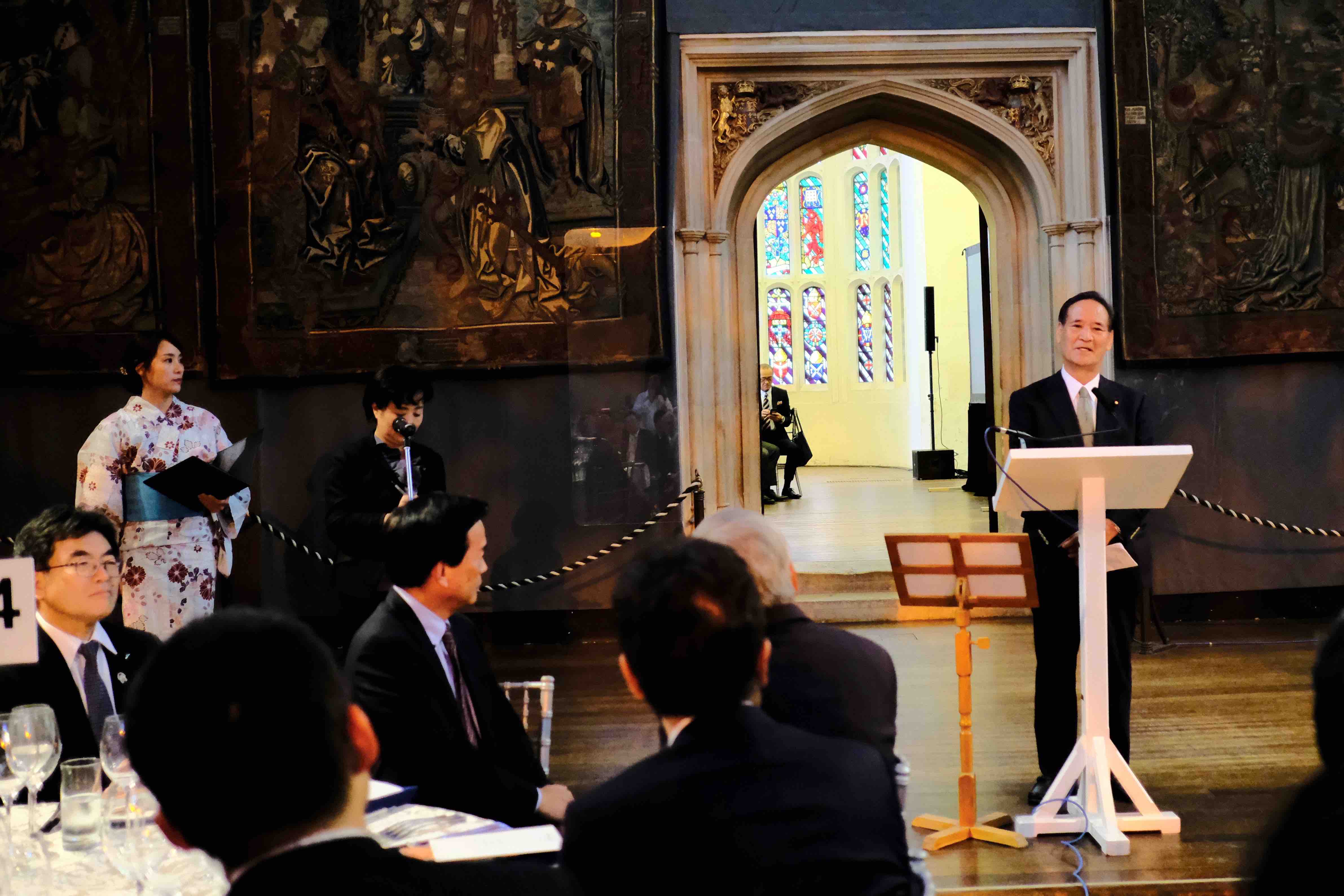 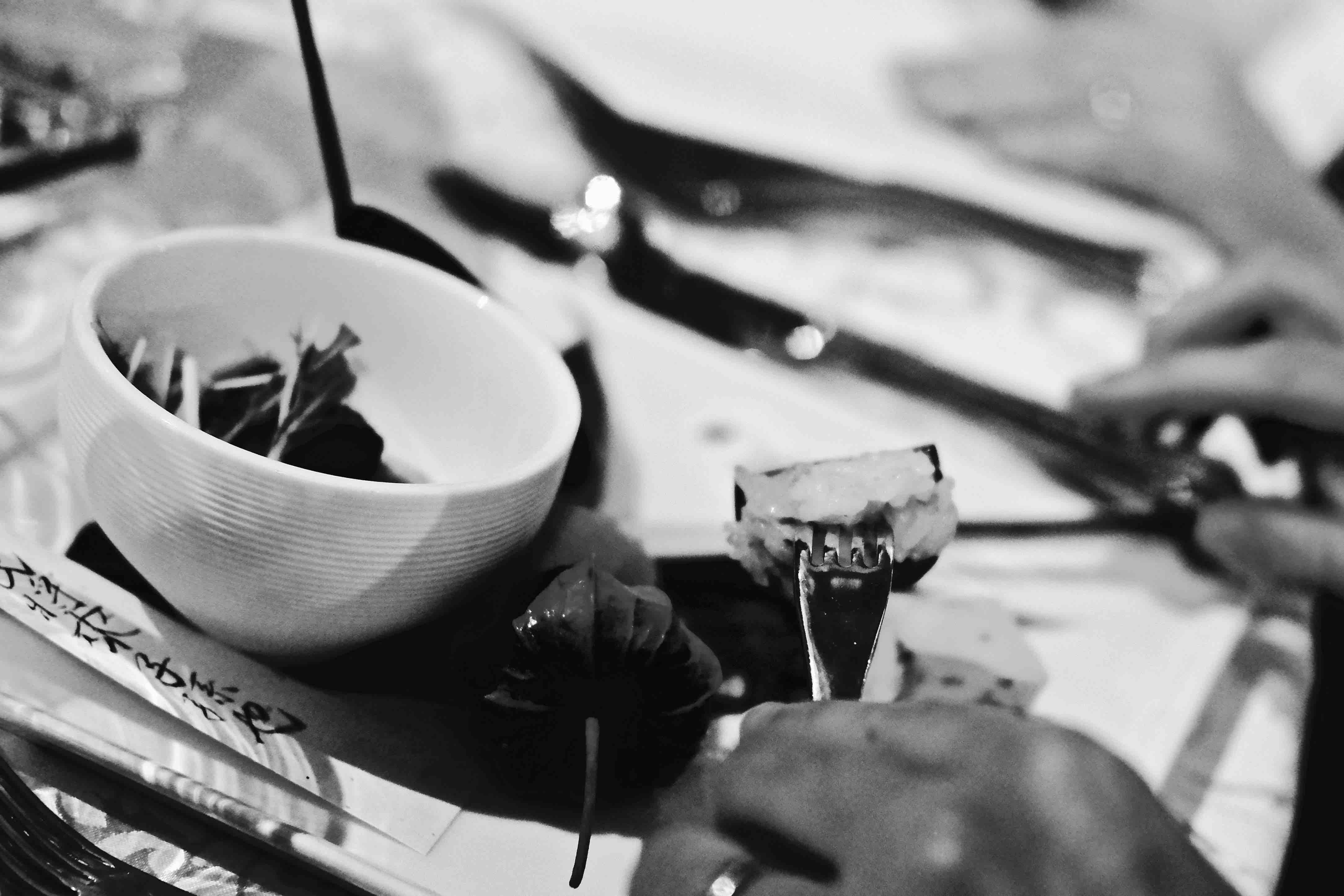 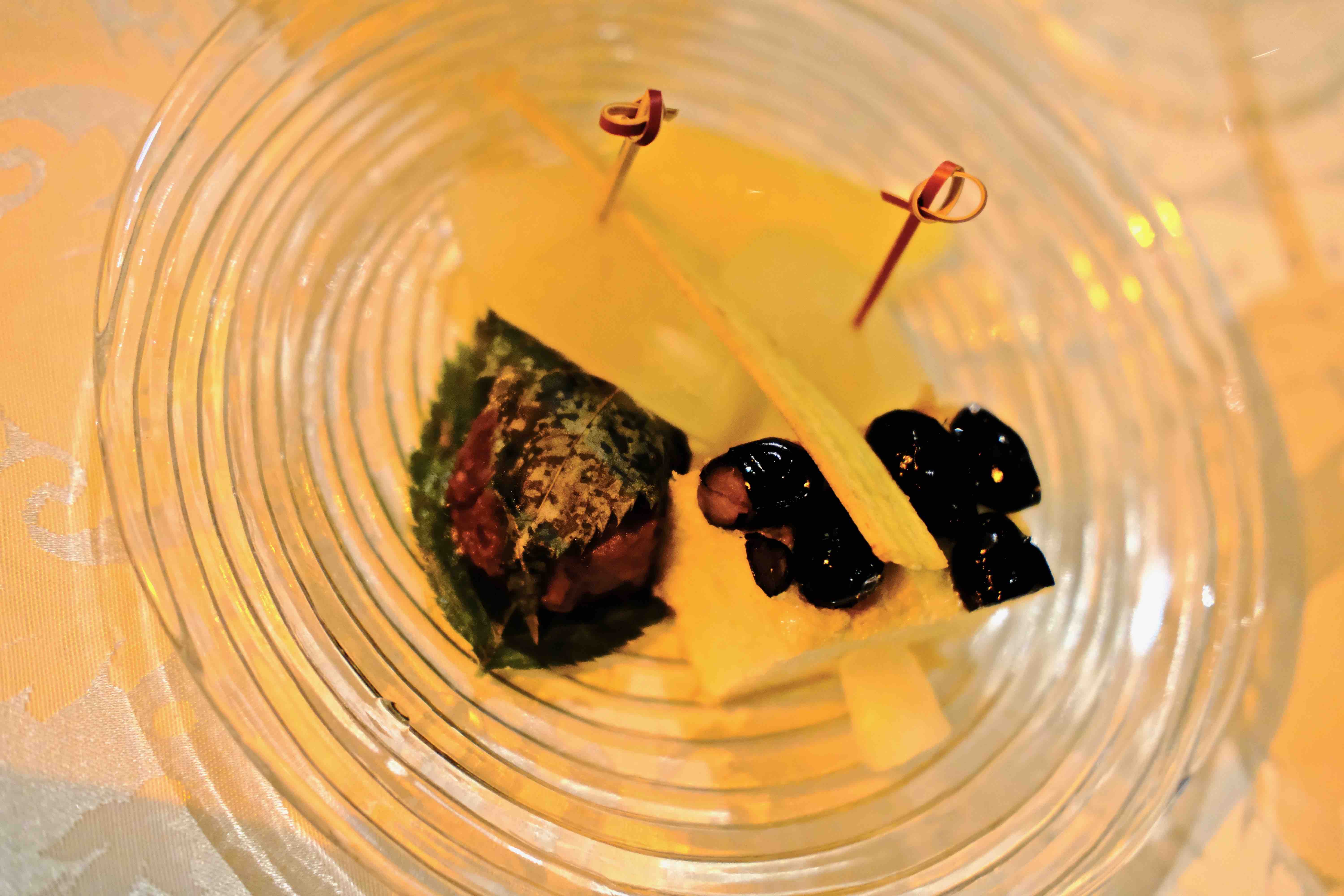 As my companions dined I asked them of their experiences of Japan and all without exception had visited and adored the country. I have not been myself so was keen to learn more. Their talk of the ancient capital of Kyoto filled my head with dreams of seeing it for myself one day along with hi-tech Tokyo and of course a ride of the world famous Bullet train and maybe a washuku in its country of origin, Japan.