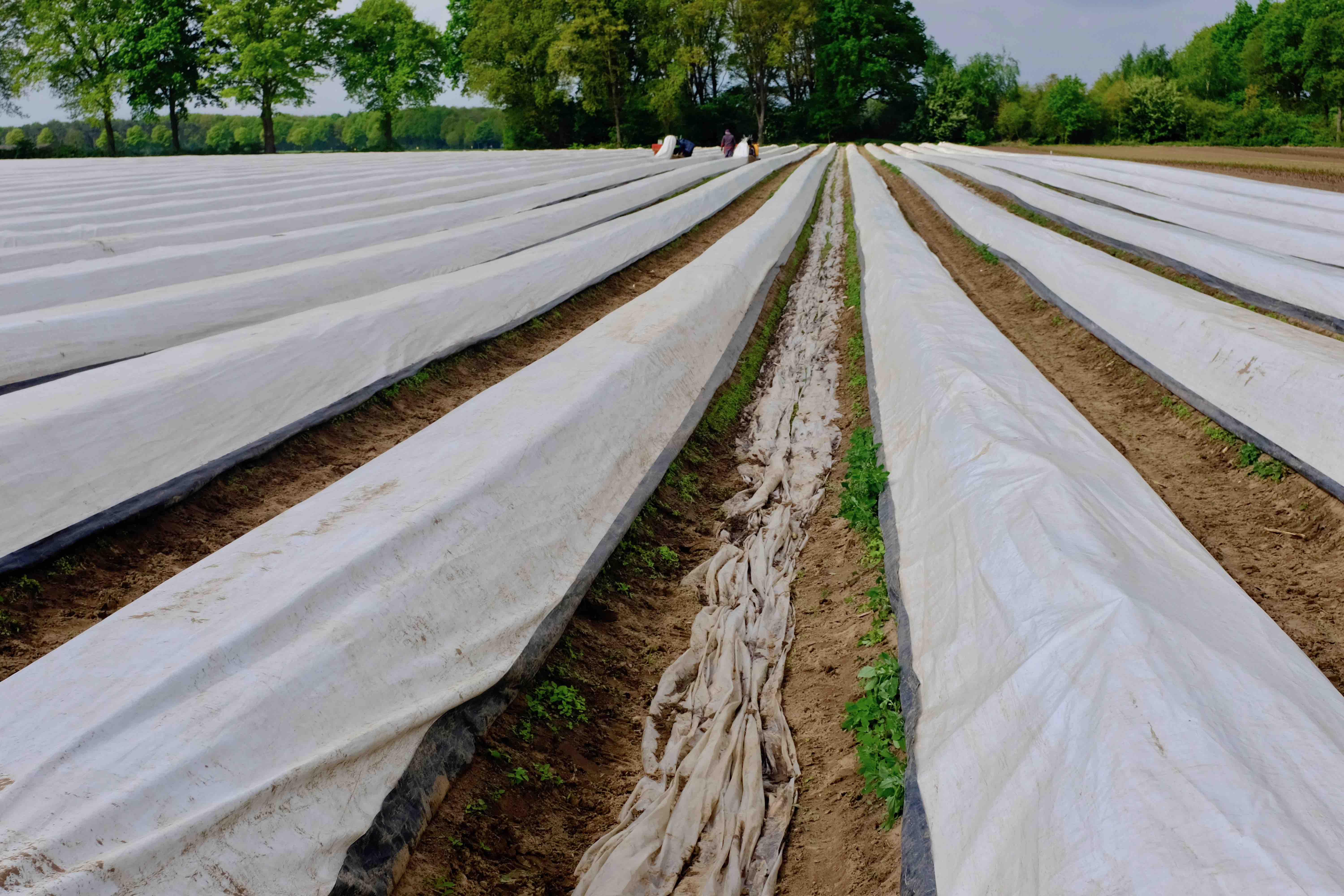 April in Europe can mean only one thing in the vegetable world, asparagus.  That wonder of the chef’s table, speared, doused in butter, poached egged or just plain steamed.  It is a thing of beauty and taste.  Time to find out where most of our asparagus comes from and how to eat it properly. 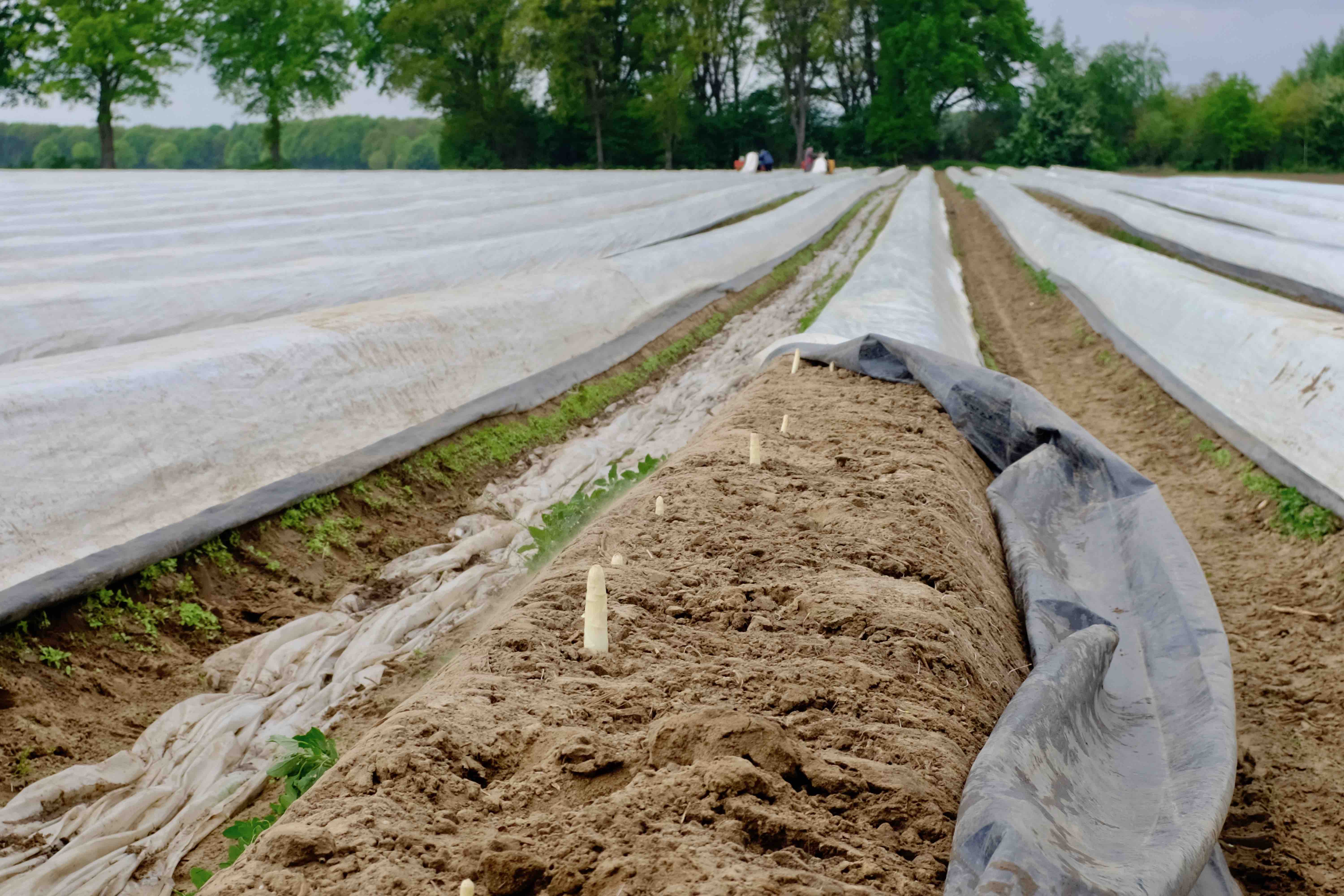 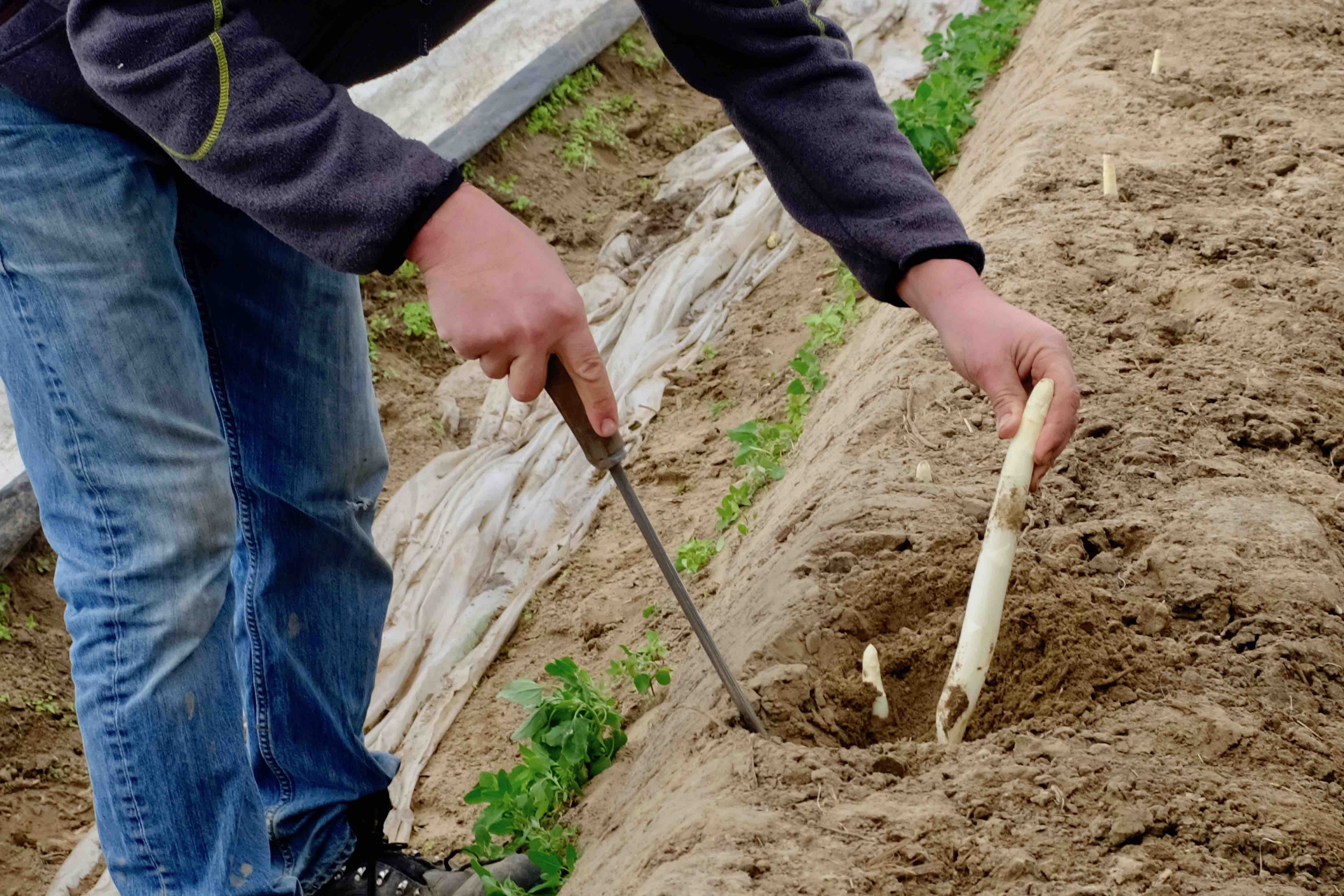 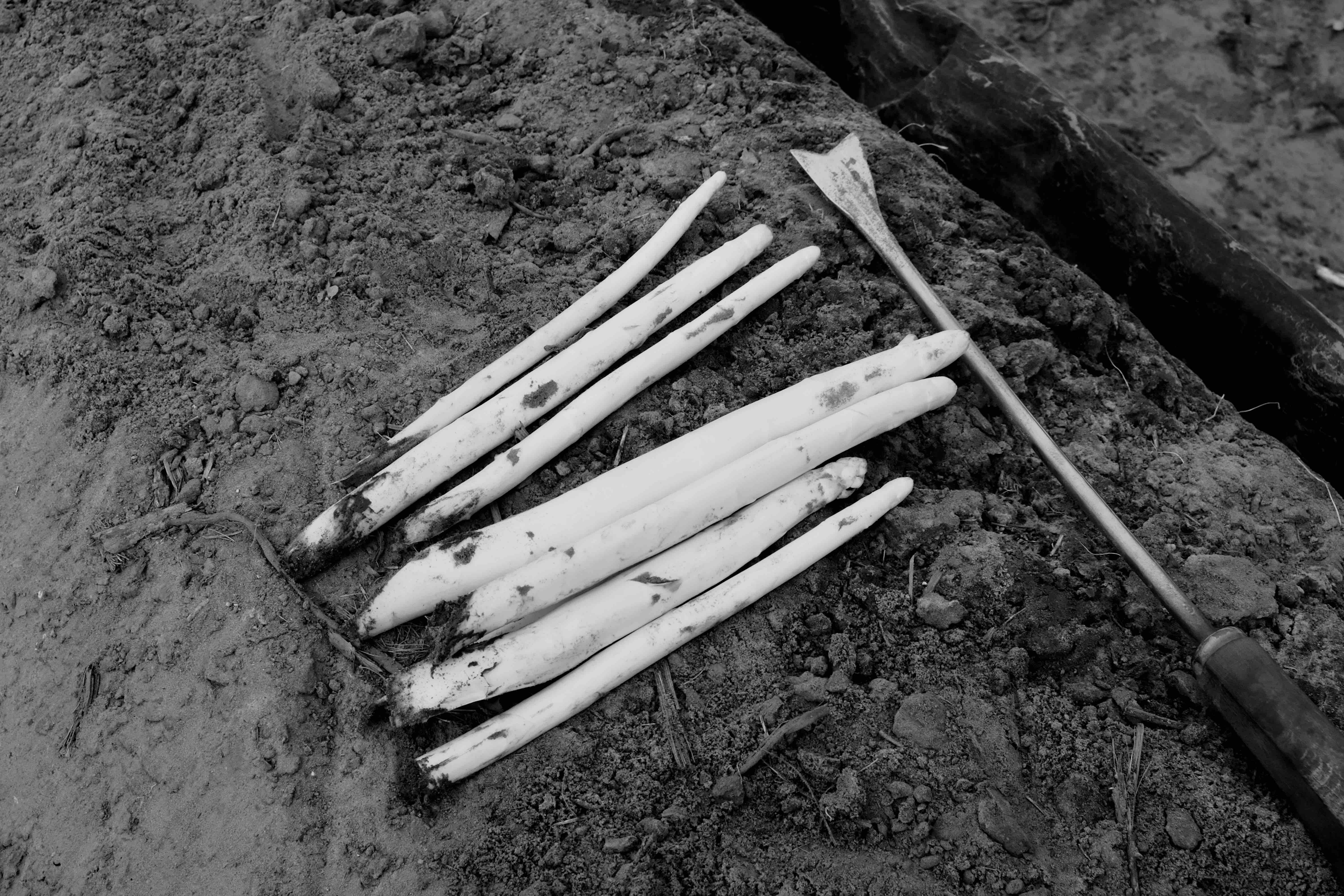 Limburg in Holland is the centre of European asparagus growth.  Later in the year the region will be growing strawberries and other crops but from April through to June it’s that slender spear of white or green. White asparagus has a higher premium in the culinary world and is often referred to as white gold.  Hupkes Farm is famed for its white asparagus and fennel.  The growing process is labour intensive.  Initially 2ft high ridges are formed and the asparagus grow from the top of these. To create ‘white gold’ the plants are covered up with sheeting that is white on one side and black on the other. Depending on the available sunlight and growth of the plant the sheeting is flipped.  If there isn’t much sun then the black side is shown to ‘draw in’ more sunlight and vice versa for too much sun.  The farm has 9 hectares of asparagus fields. 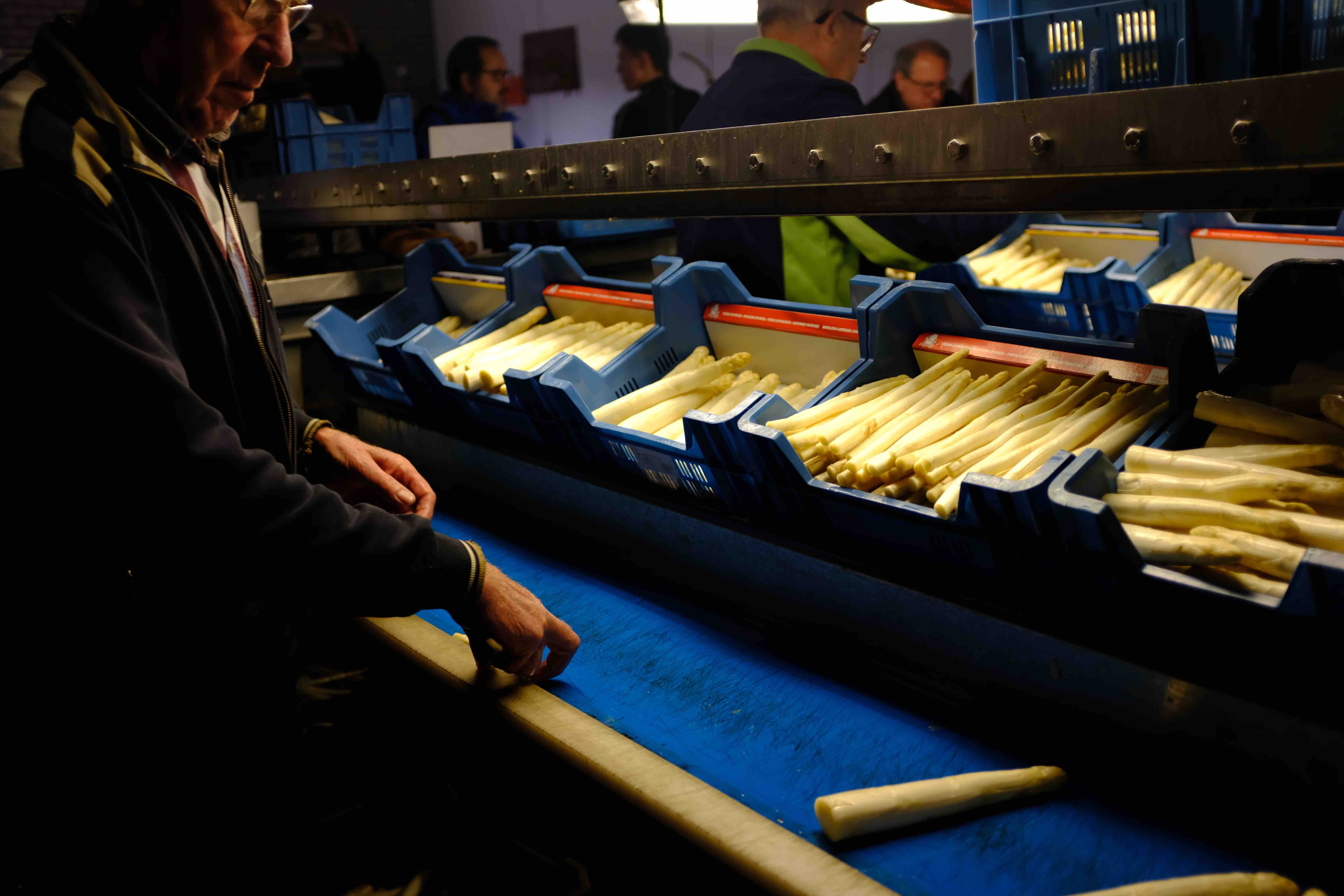 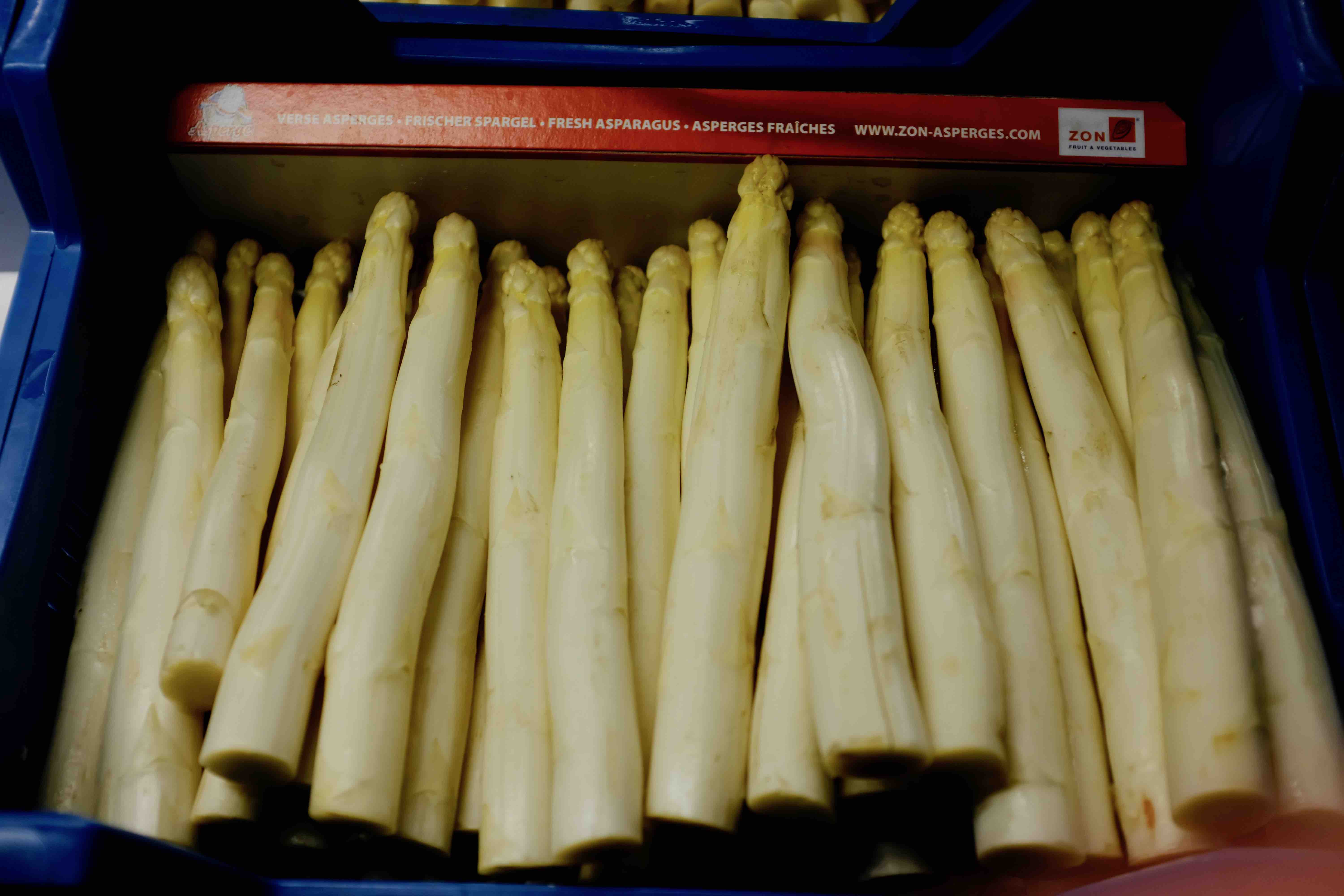 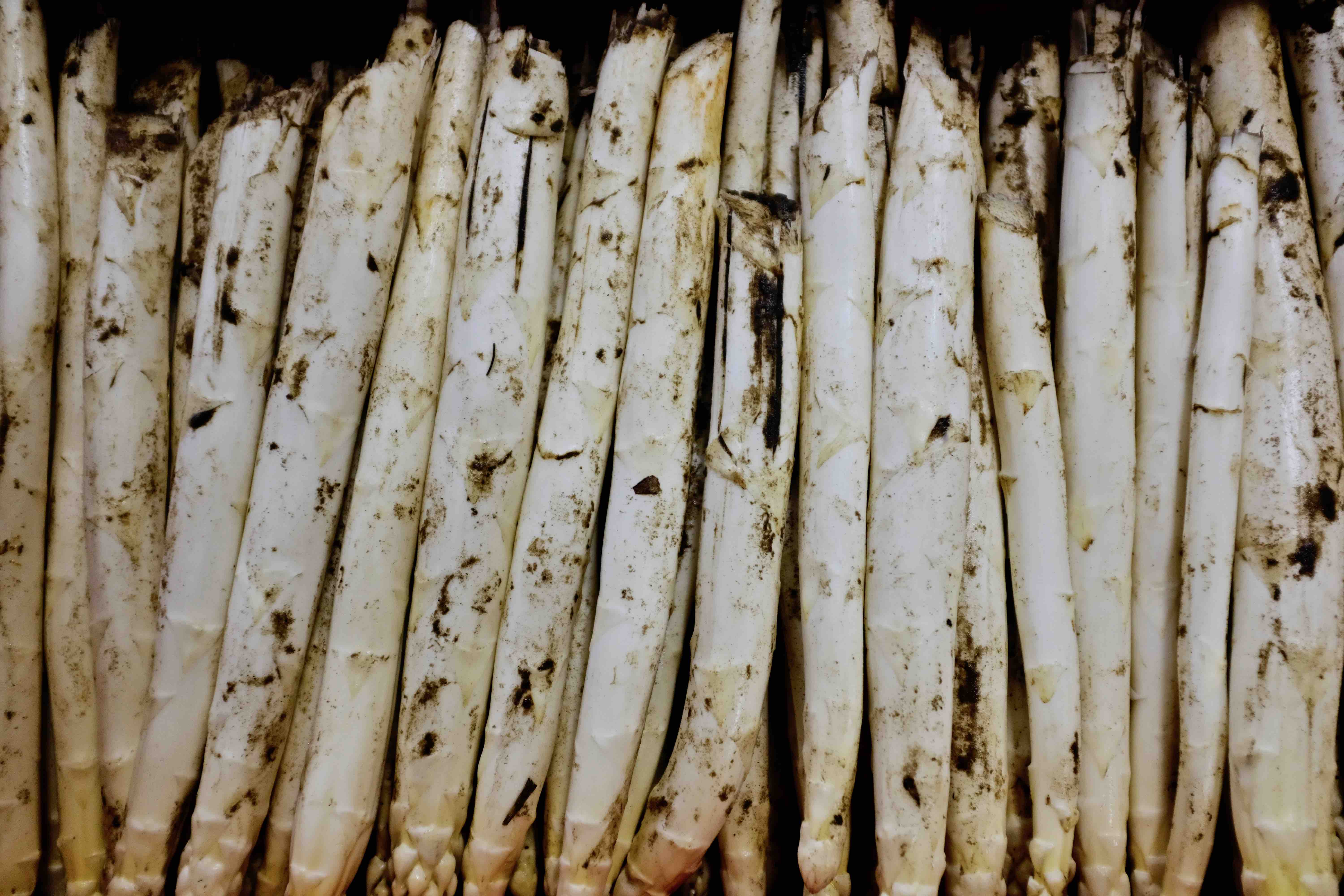 As the stems grow the skilled pickers pass under the propped up sheeting using a device that allows them to sit on either side of the ridge and relay the cover after they have moved on.  Sounds simple but they only pick the stems at the right length (just as it starts to poke through and the soil cracks) so many passes over several weeks will be made.  Some must be left though, otherwise there won’t be any the next year.  This is a time consuming job. 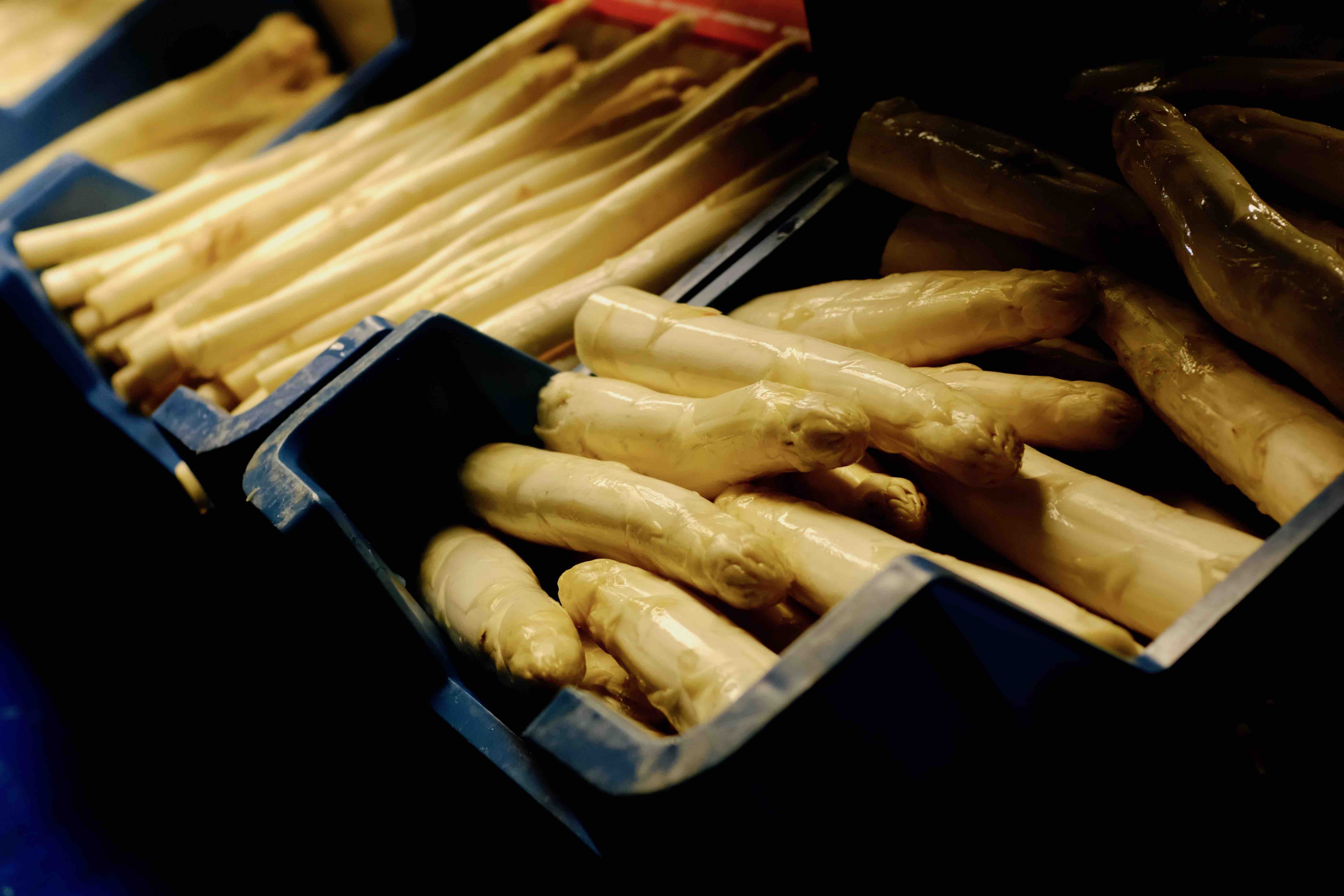 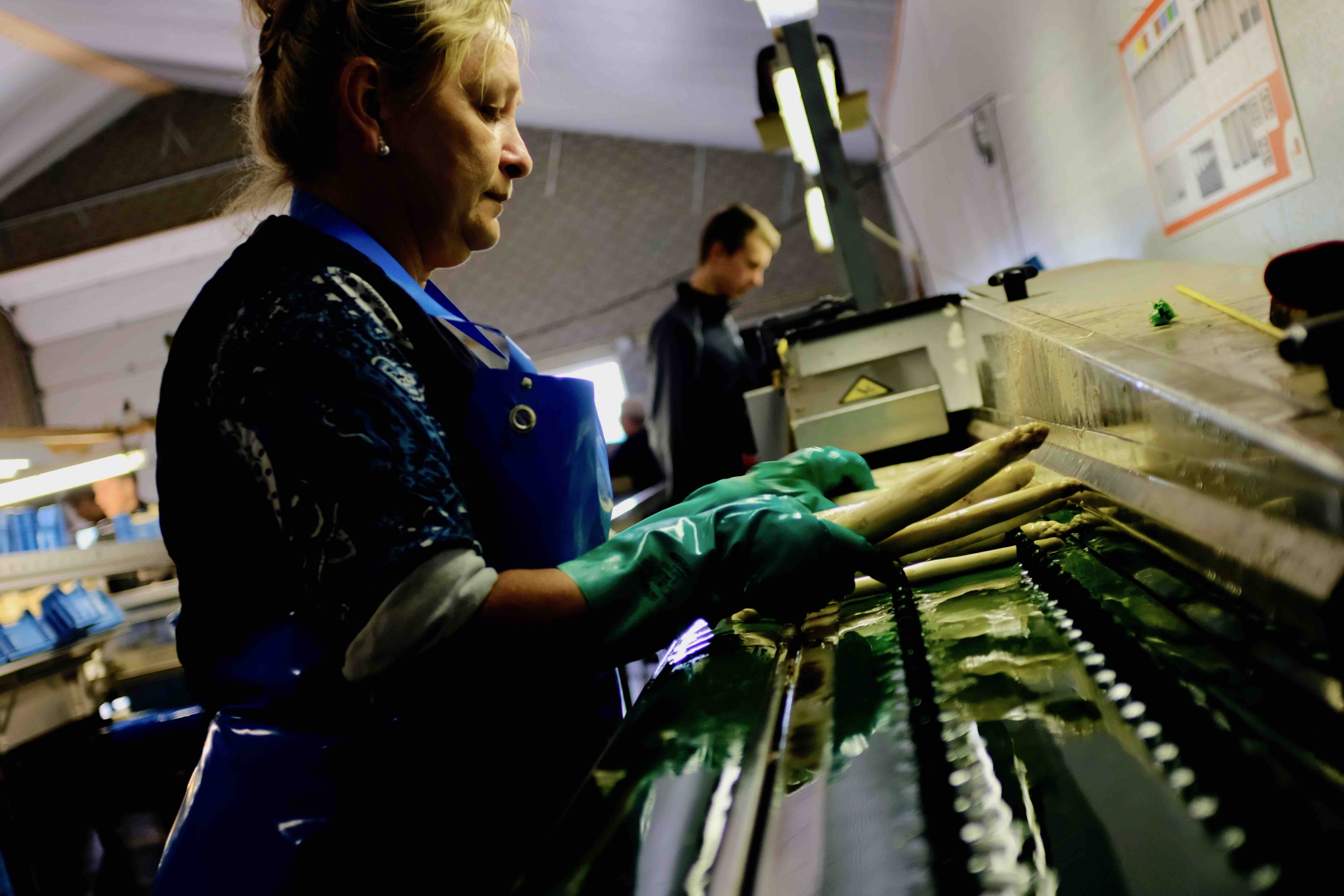 A field used for asparagus growth will only yield a crop for 10 years and then requires 20 years of ‘rest’ before it can be used again, another reason for the price of asparagus being on the high side.  The standards of sales are highly regulated.  A spear must be 22cm in length they are then graded after being washed in water. For some outlets the farm peel the asparagus (green asparagus doesn’t require this process).  They have a natty machine that makes light work of this task producing spears that drop down looking like stripped kindling twigs. 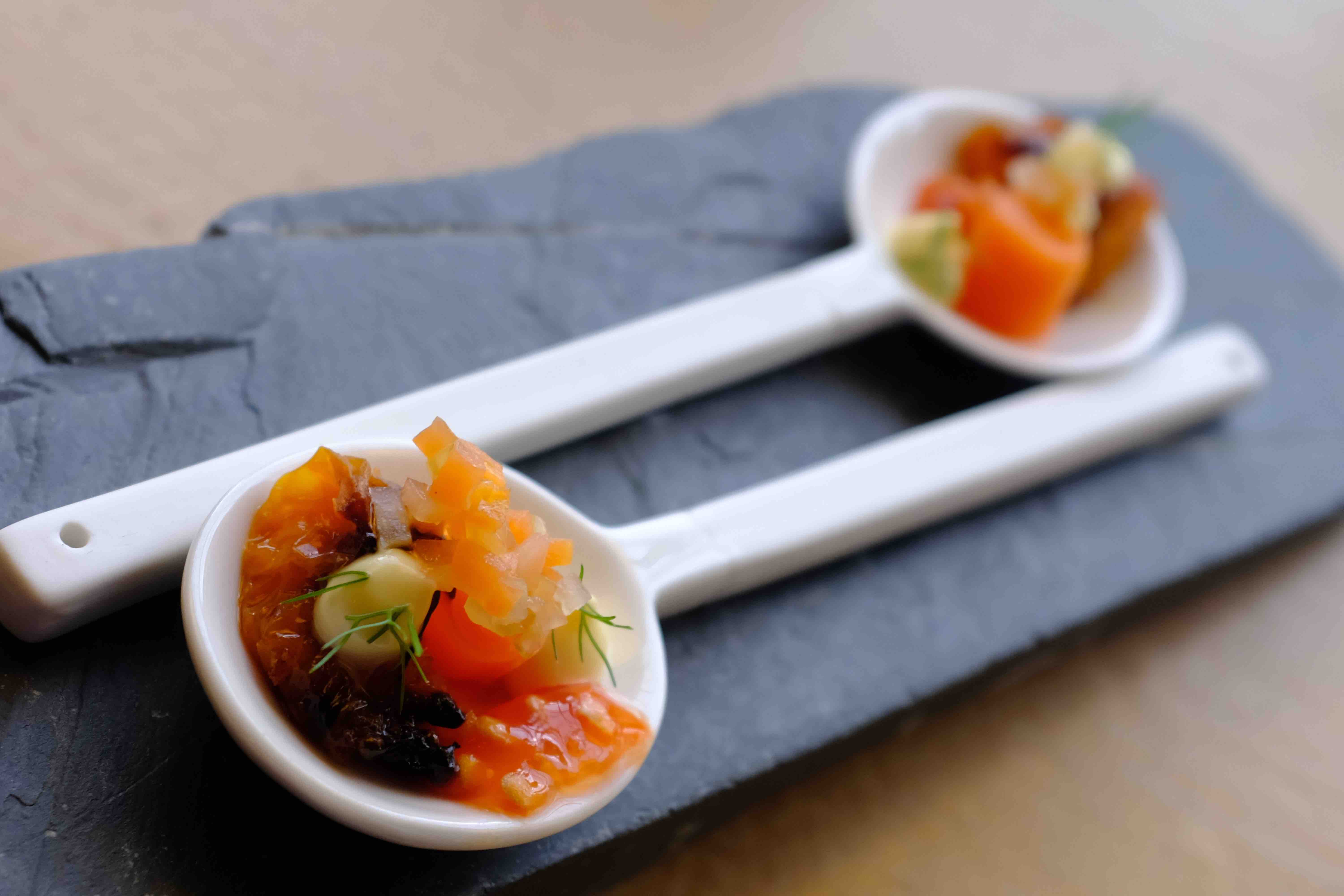 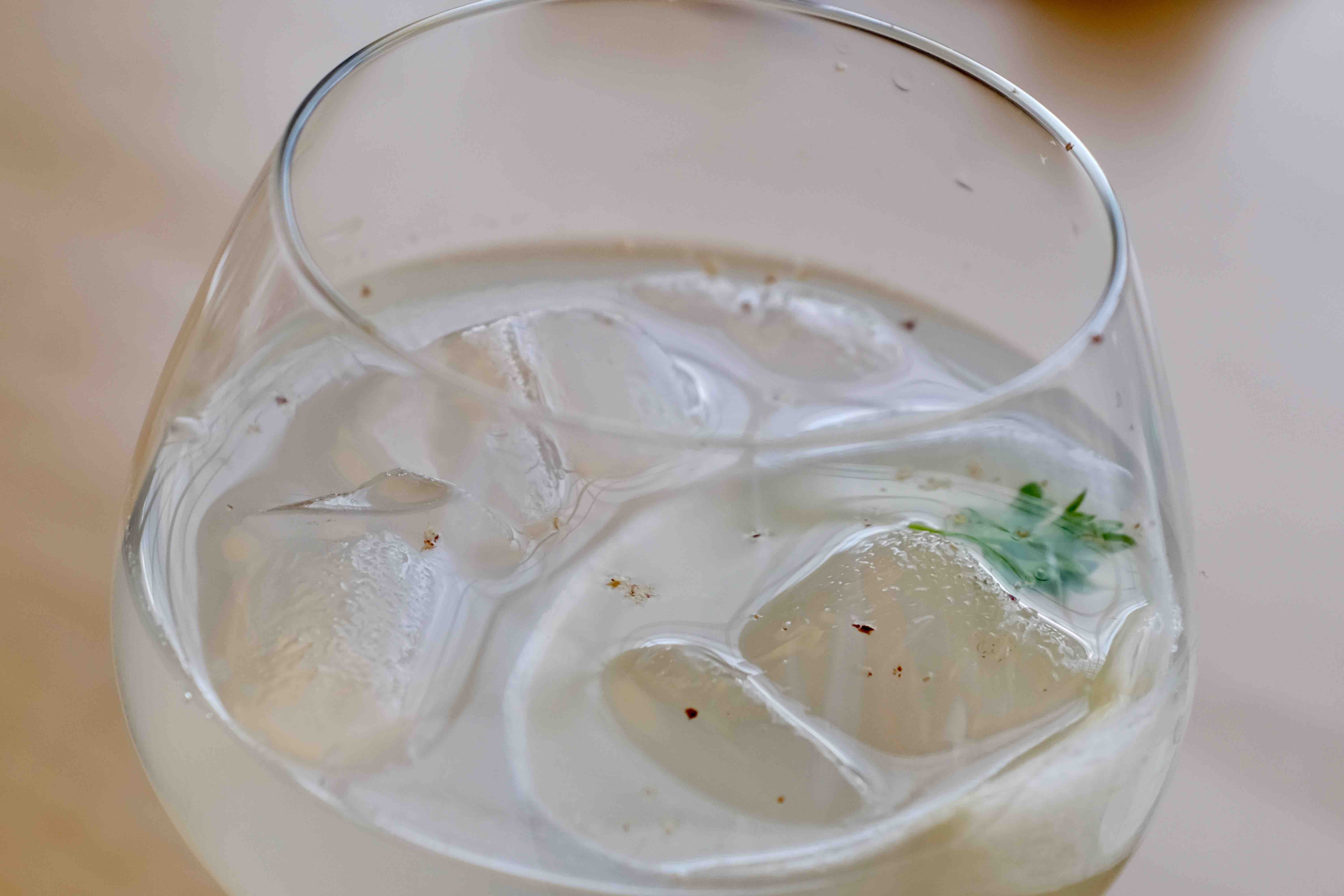 So who buys this precious plant that we all love so much?  Among the keenest of buyers are Holland’s restaurateurs.  I visited a couple of Michelin starred restaurants to see what their talent could muster and what I could learn. 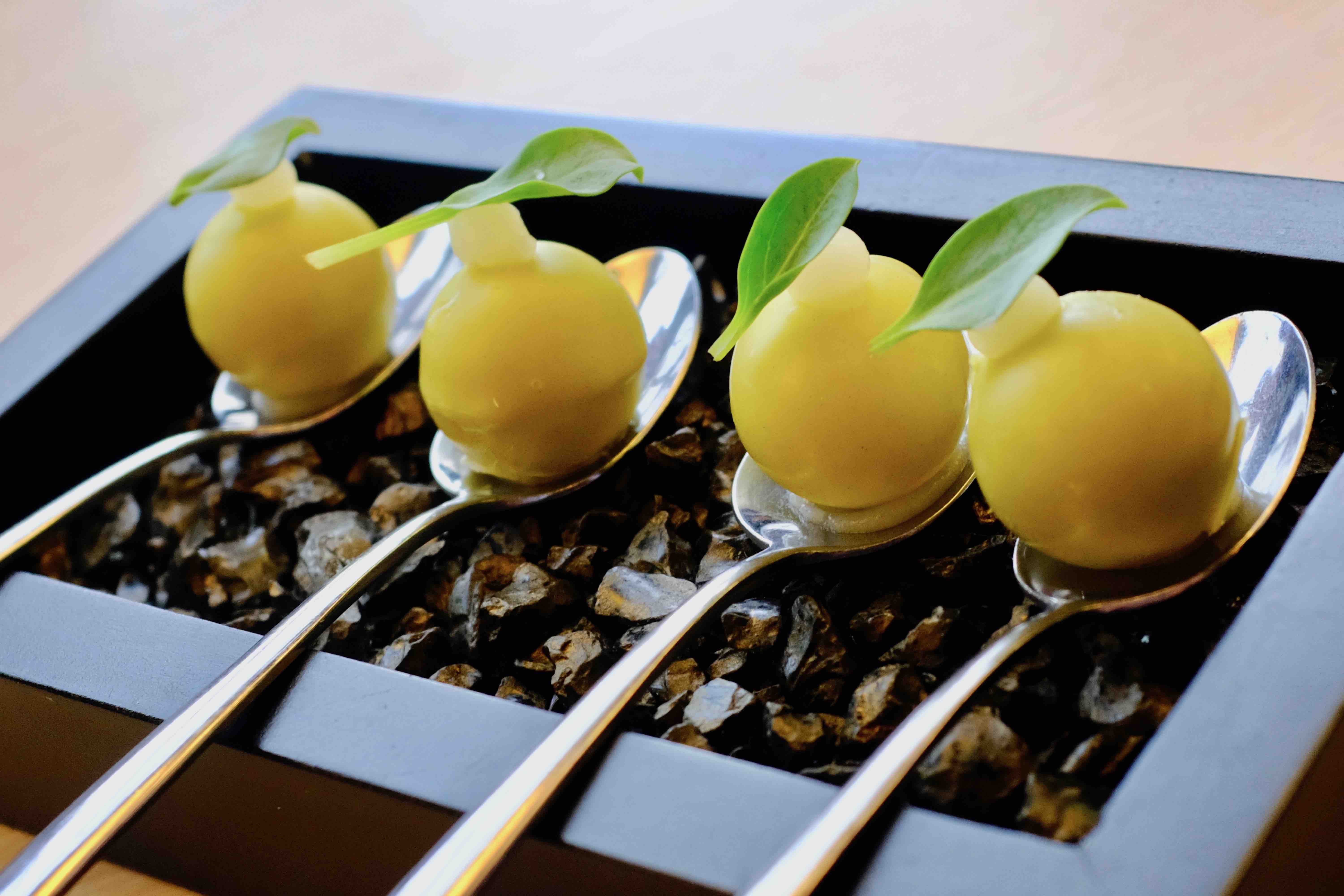 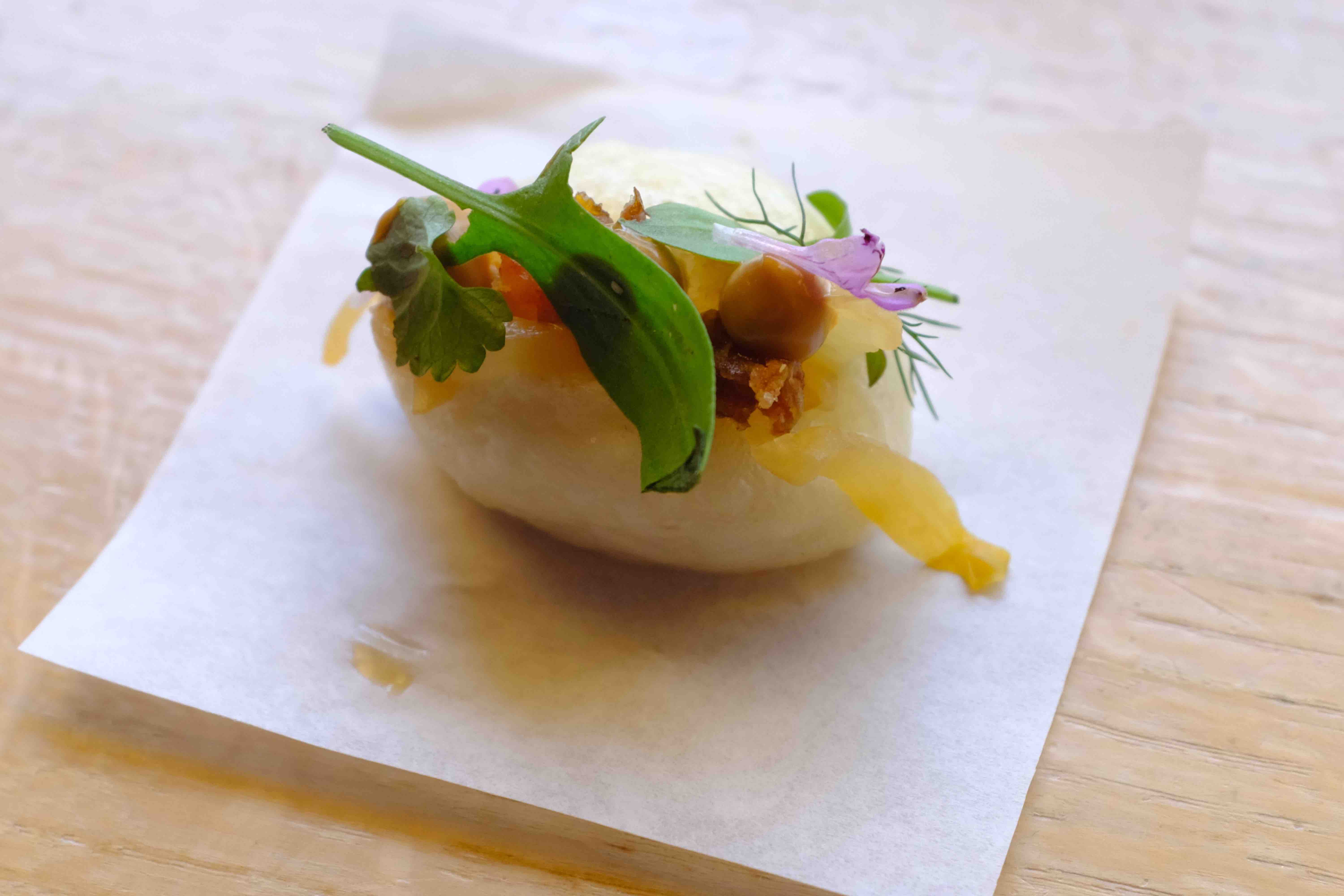 Restaurant One is run by the charismatic Edwin Soumang and is situated in an old factory in Roermond.  Yes of course it looks über cool with exposed ceilings and brickwork, slick staff (including his wife) and a private dining room to die for.  But I was here to taste as well look.  The kitchen has a flair for working with what’s good at the time and Edwin and his team created an astonishing array of concoctions.  Four amuse bouches including a clever asparagus ball (liquid inside) and a very tasty broth.  This of course was just to soften me up for the main act.  Cod with razor clams and mussels and a bergamot dressing and asparagus of course was outstanding. 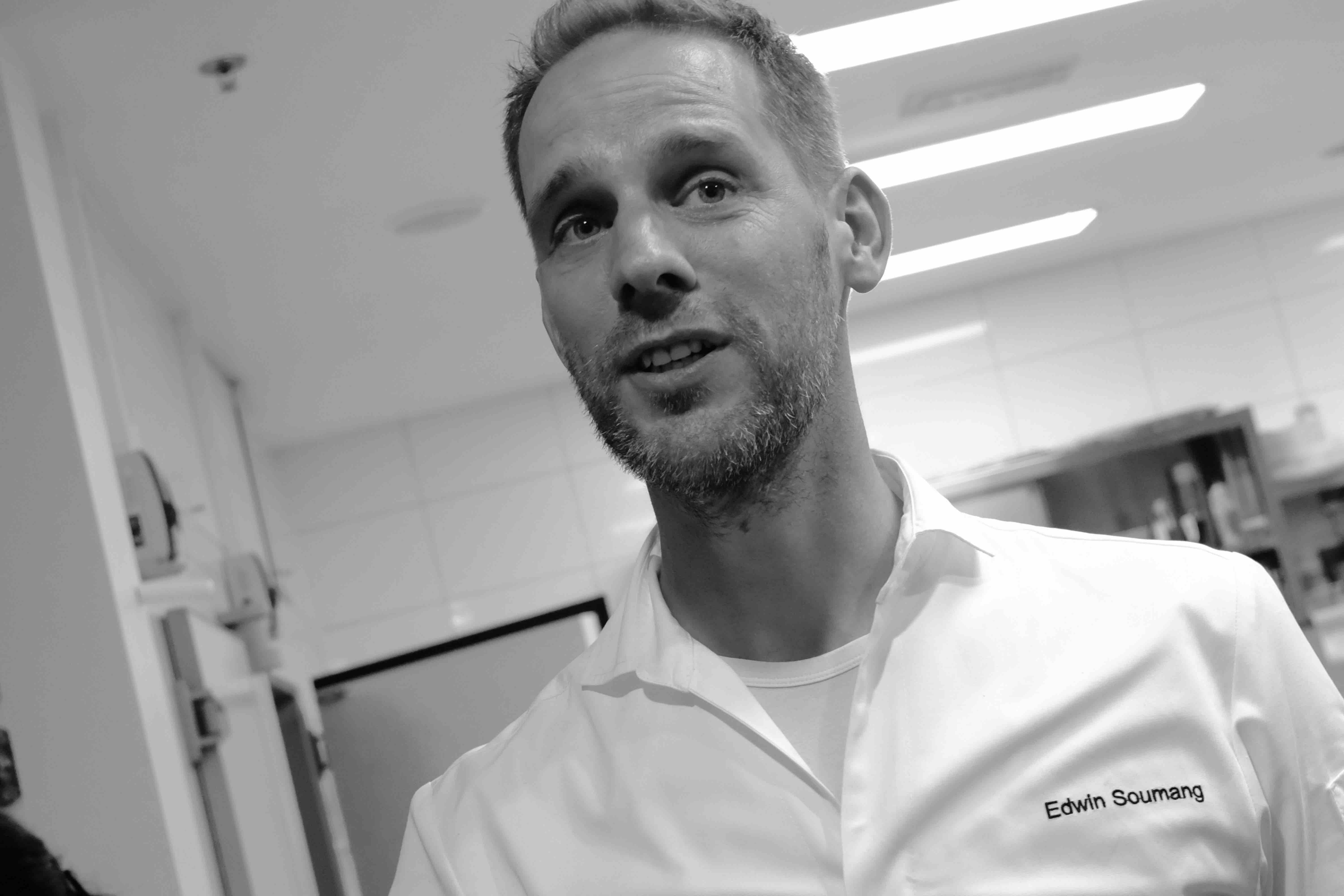 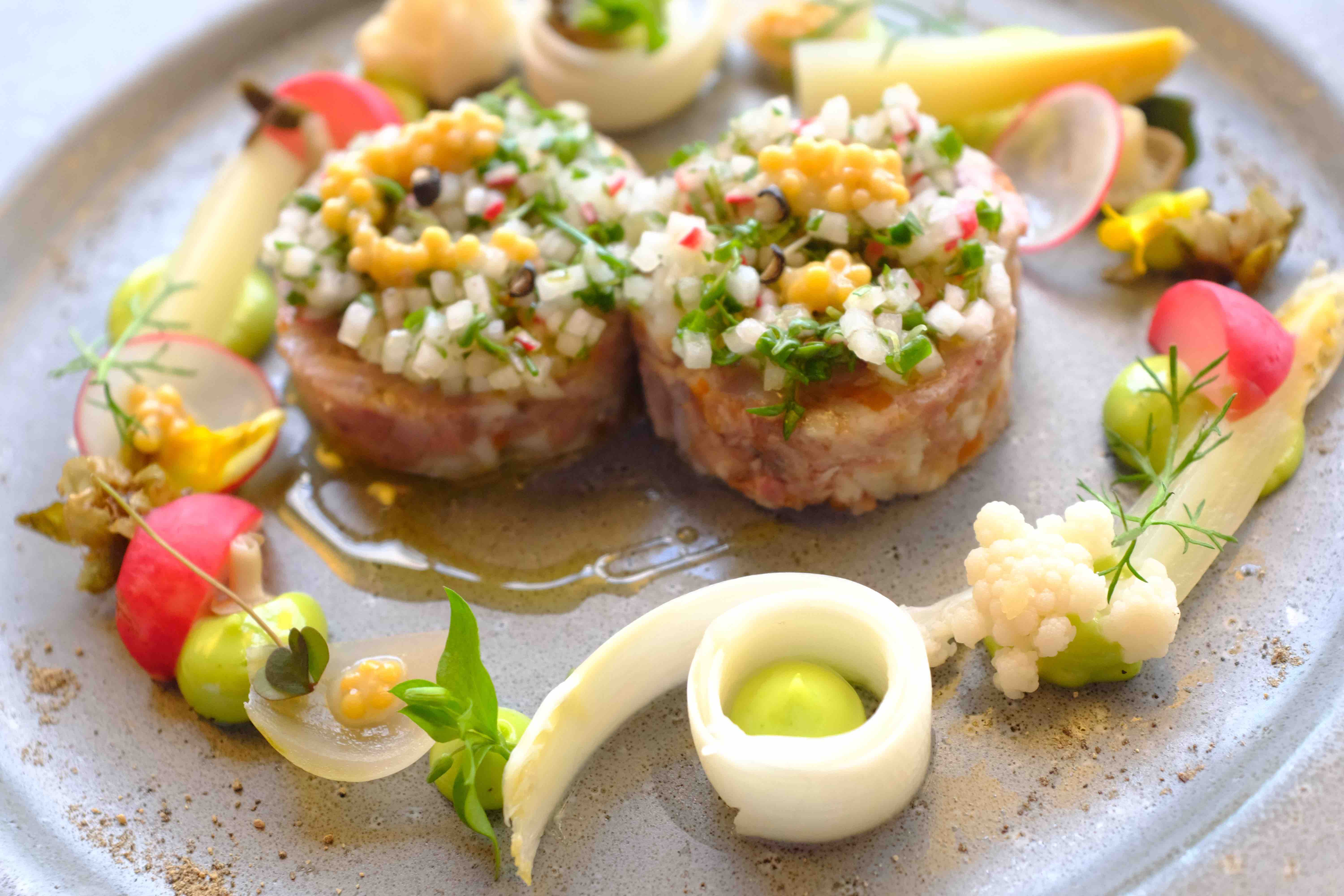 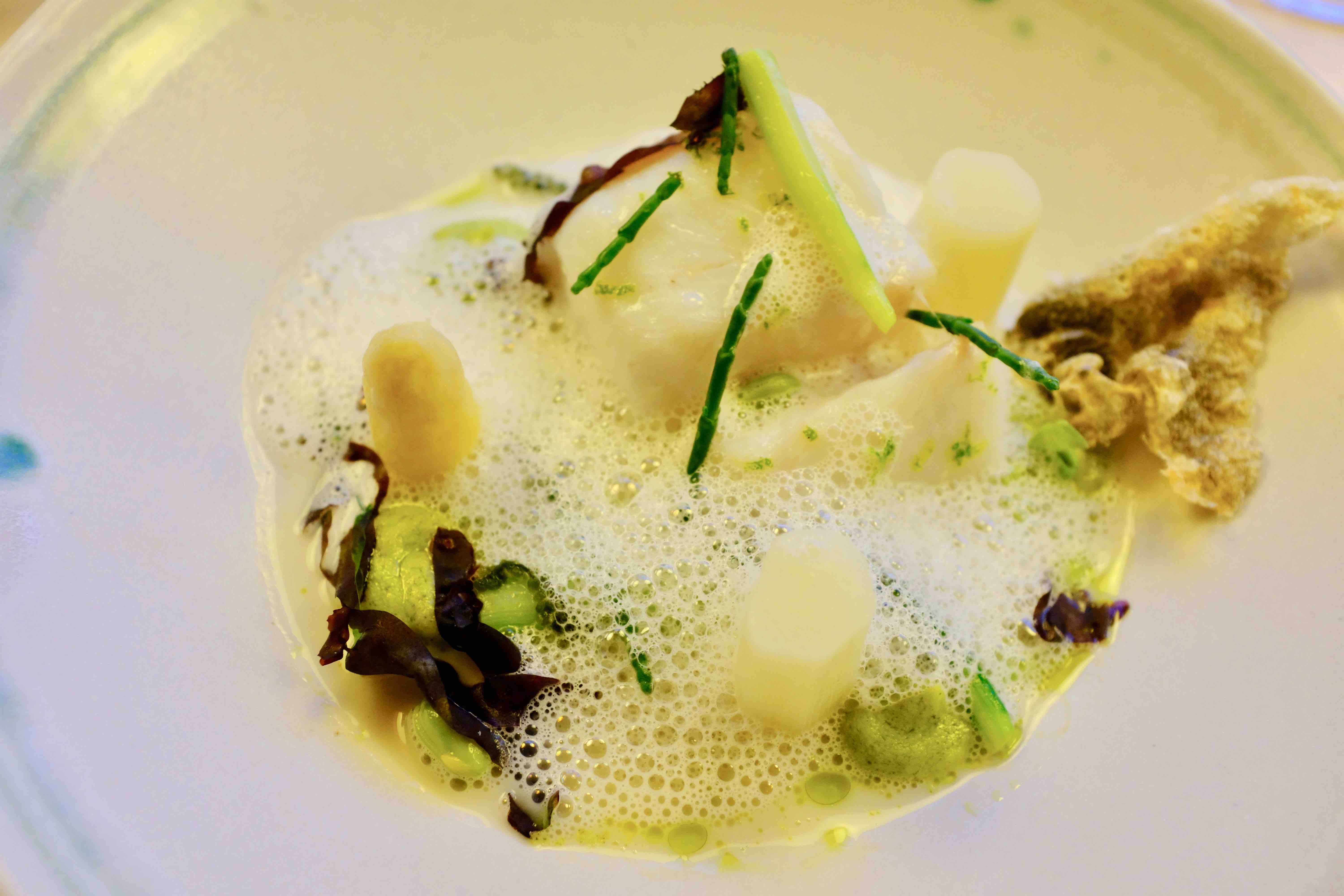 There were other dishes, none of which failed my taste buds but the real feature of this talented team was their dexterity with such a simple ingredient.  They made it their own, shaping it into what they wanted and never letting it dominate, but I always knew it was there, very smart indeed. 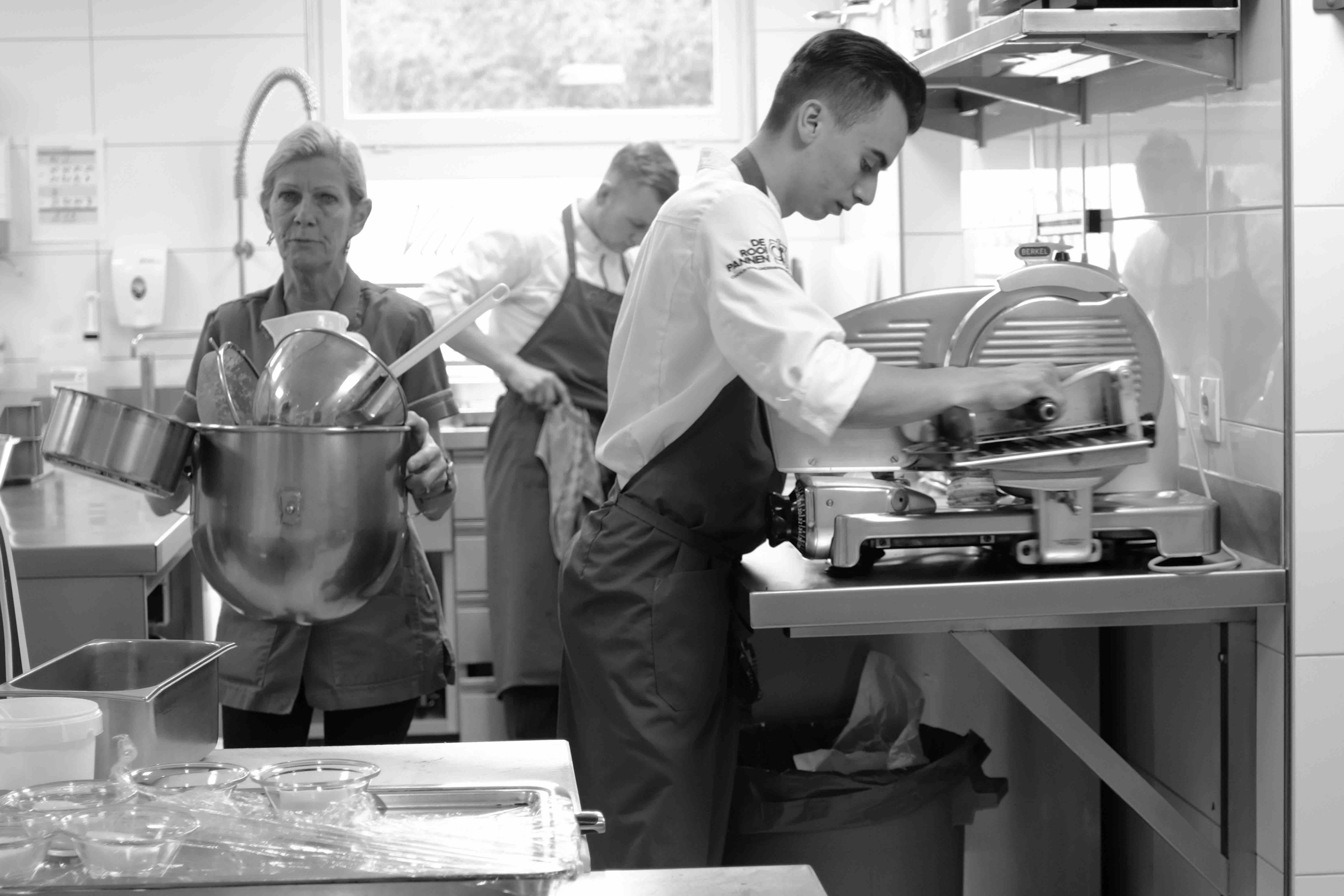 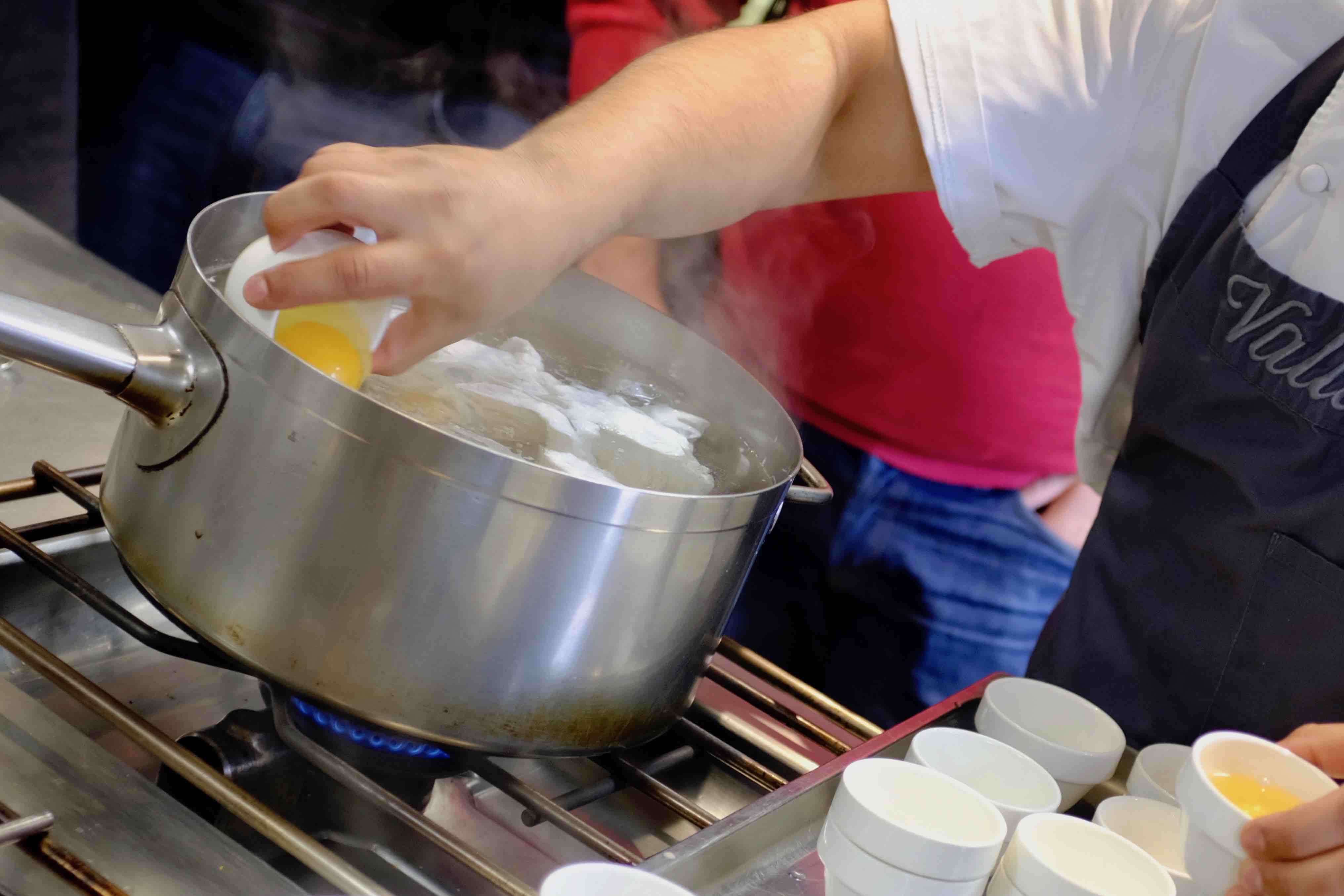 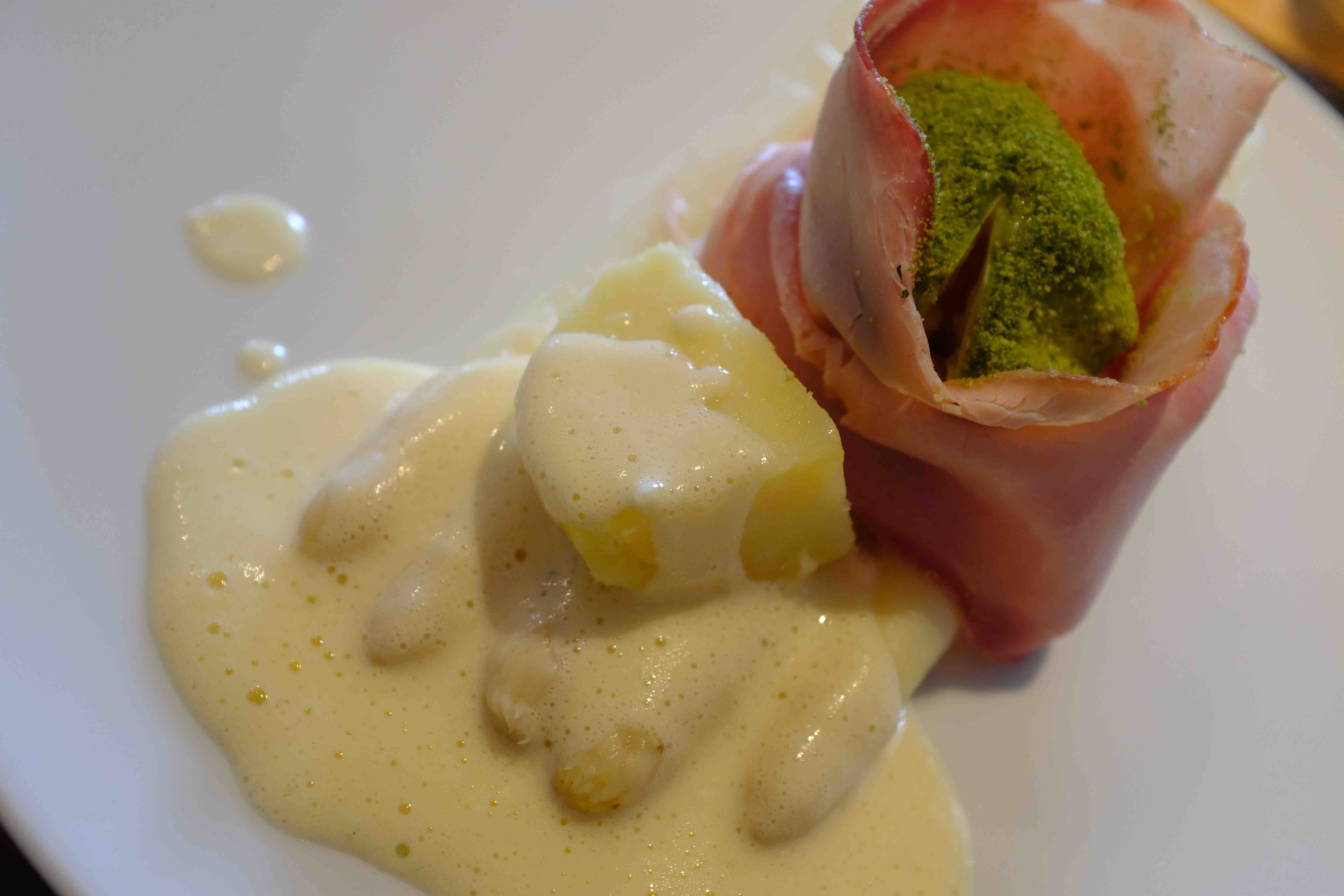 For another take on the white gold I schlepped over to Valaus another Michelin starred restaurant for a cooking lesson. I can tell you from experience there are not many starred chefs who say when you arrive “just go where you want, ask what you want, all the staff know what’s going on”.  I was allowed to wander the kitchen unhindered and was only greeted with smiles.  This is a testament to Eric Swaghoven the most laid back chef ever.  He taught me the simplest of tricks. Bring the asparagus to the boil in salted water for exactly two minutes then turn off the heat.  Leave in the water to cool down for 24 hours. Reheat in the same liquid gently when needed.  There you have it a Michelin tip from a master. 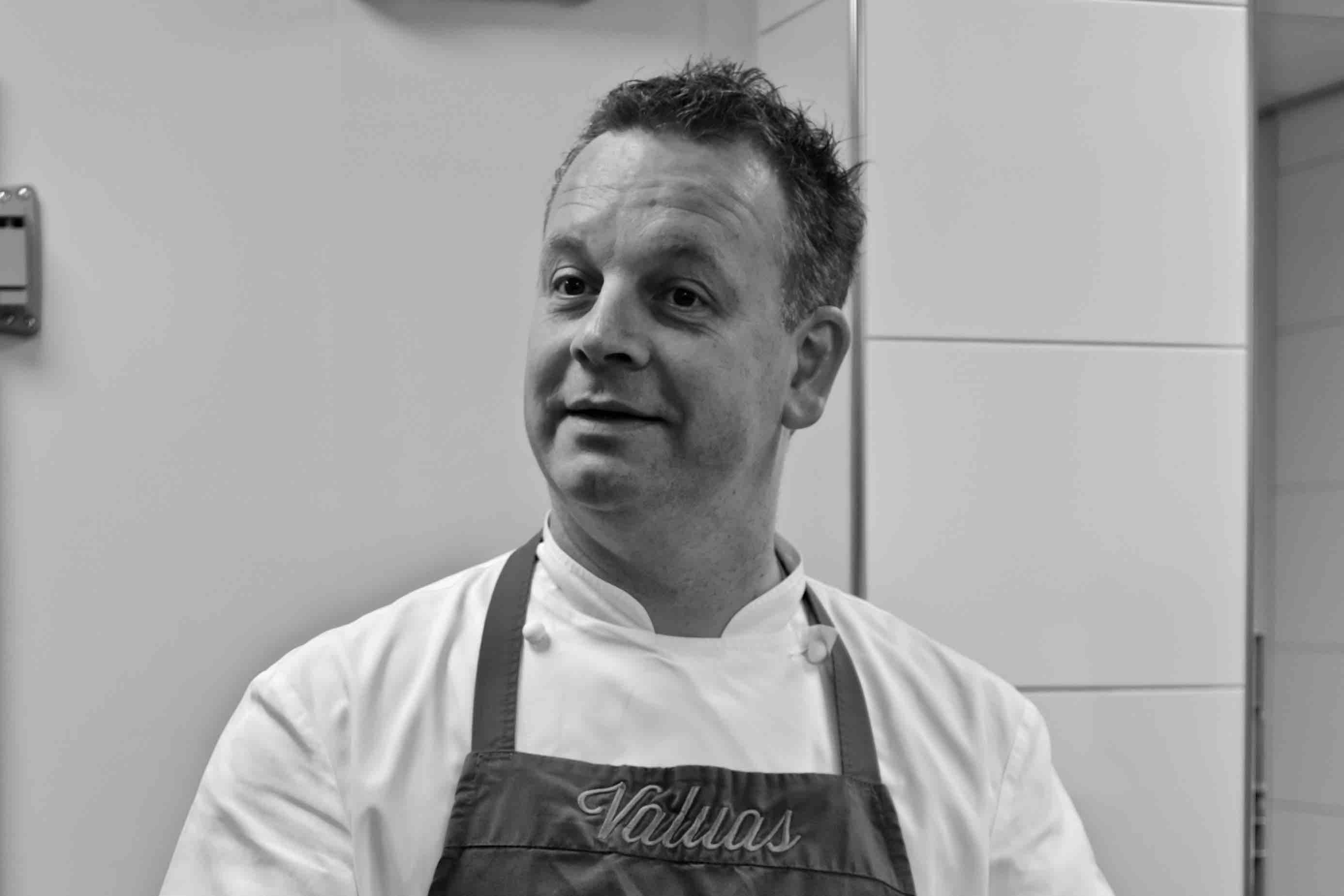 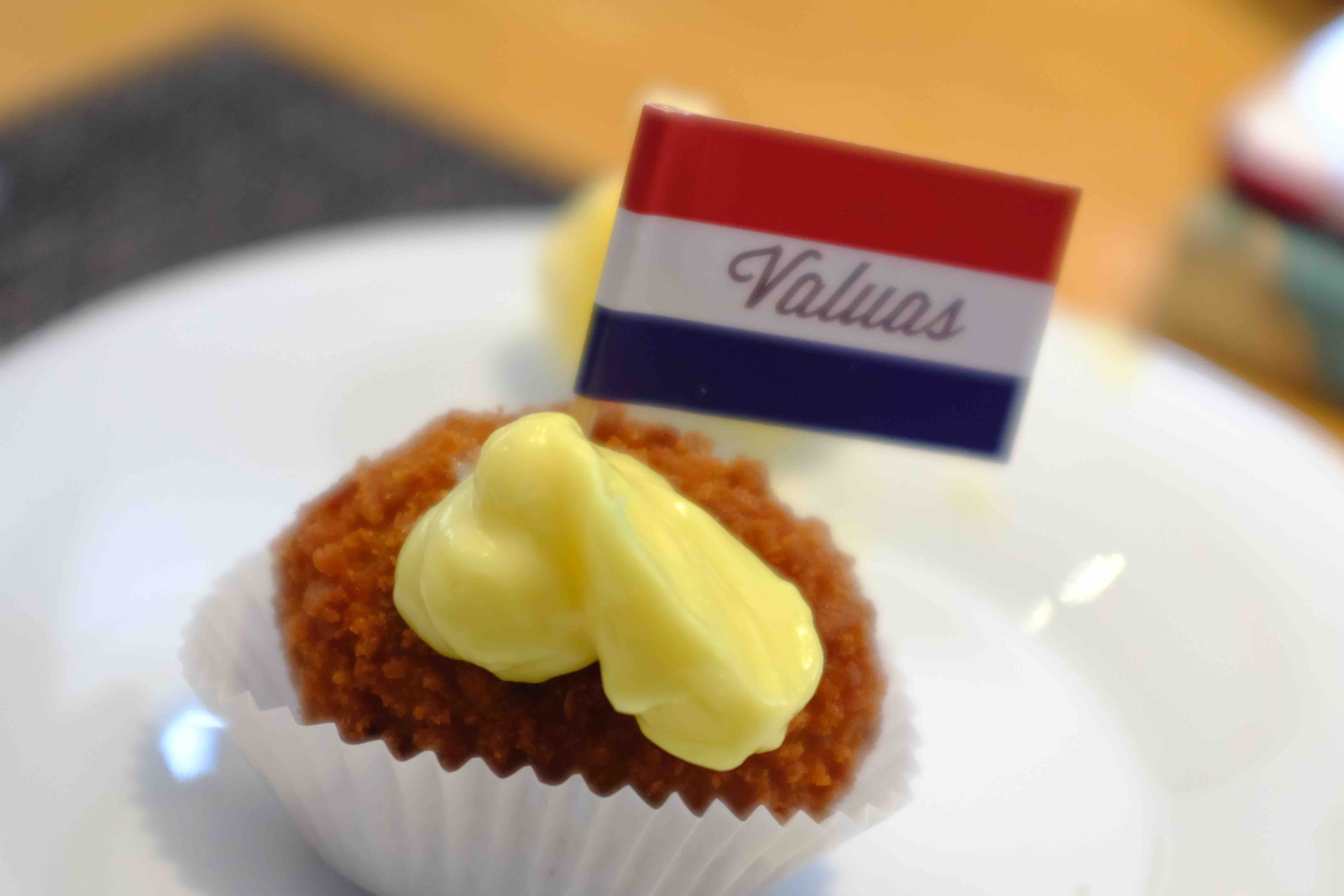 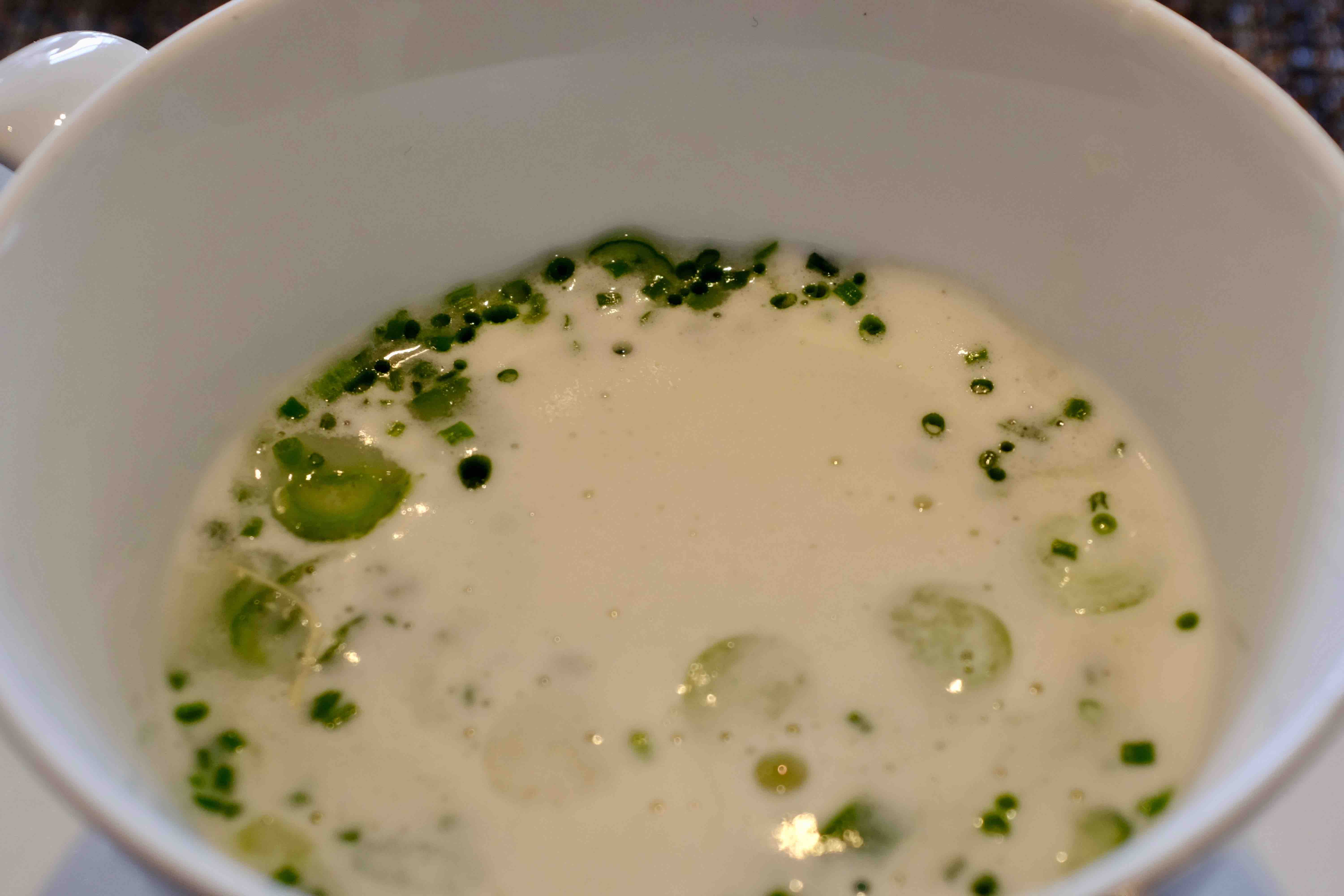 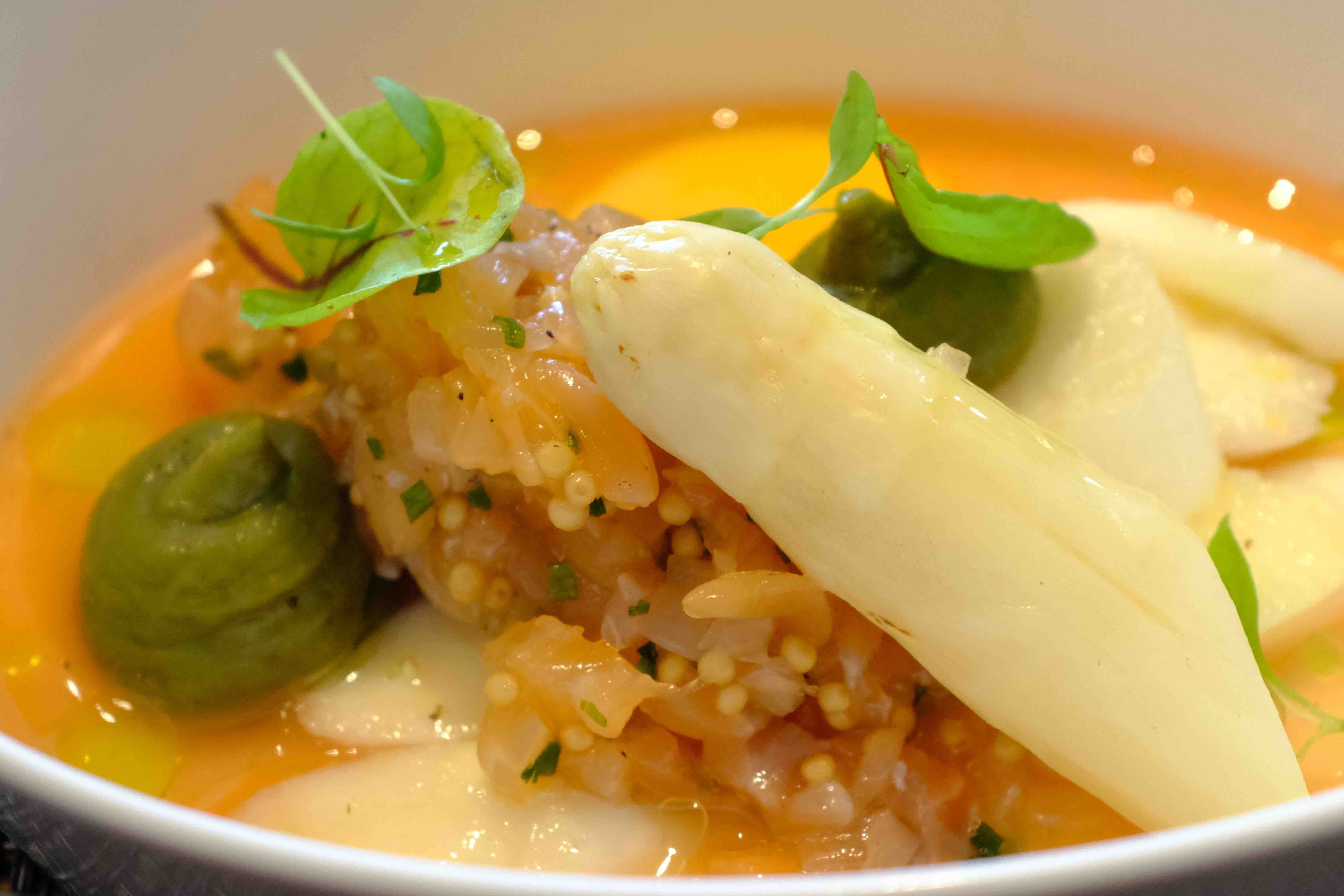 Not content with just asparagus I learnt how to Michelin poach an egg.  You need a large pot (but not full of swirling water) with 20% clear vinegar. Boil for four minutes exactly then remove with slotted spoon and place in iced water.  This stops the cooking process and will keep the yolk runny.  Gently reheat or place on hot asparagus when needed.  Simple when you know how! 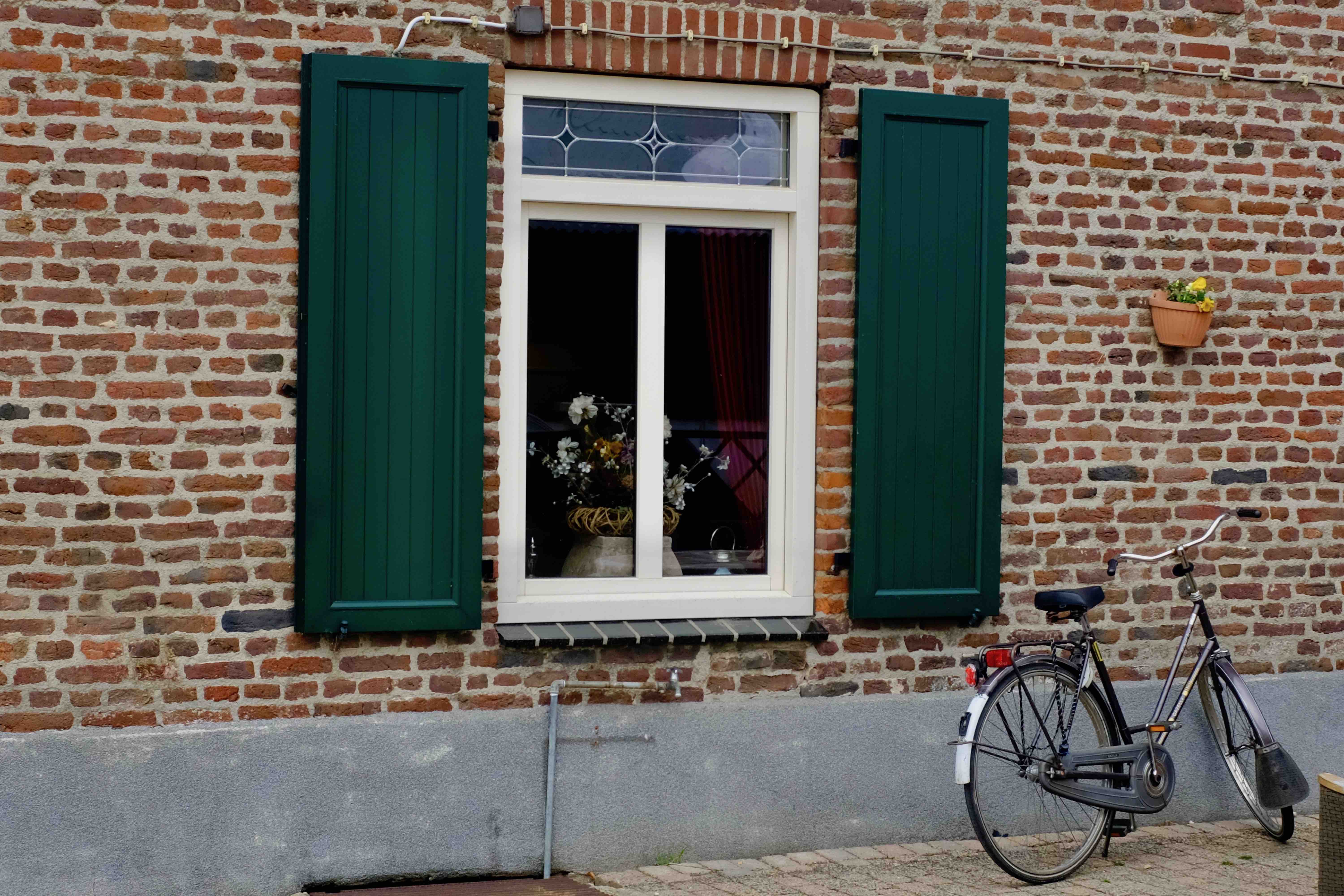 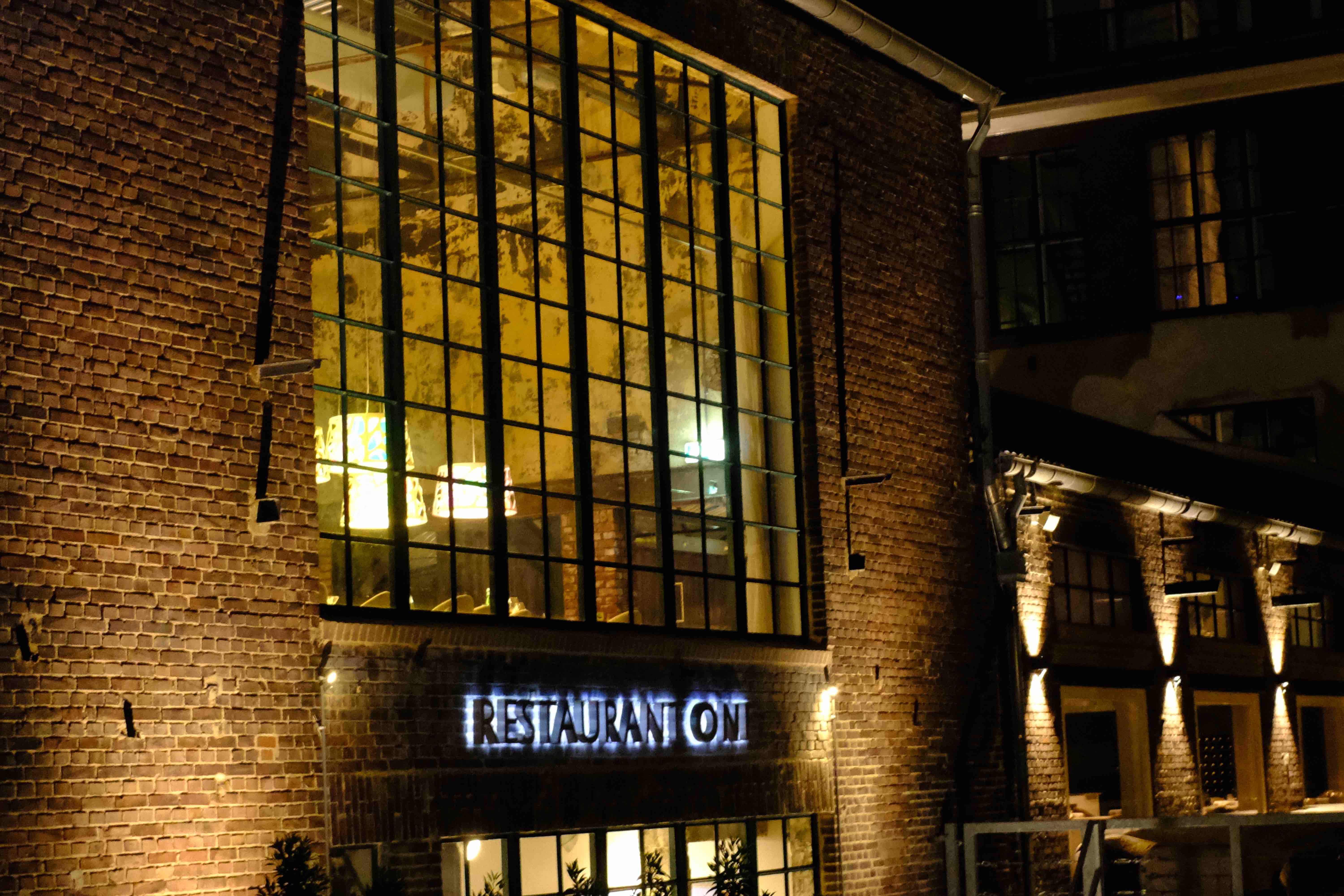 In case you were wondering at Valaus they prefer their asparagus served in a traditional way with Hollandaise, boiled potatoes and ham.  It just proves you don’t have to change a perfectly good formula if you don’t want to.