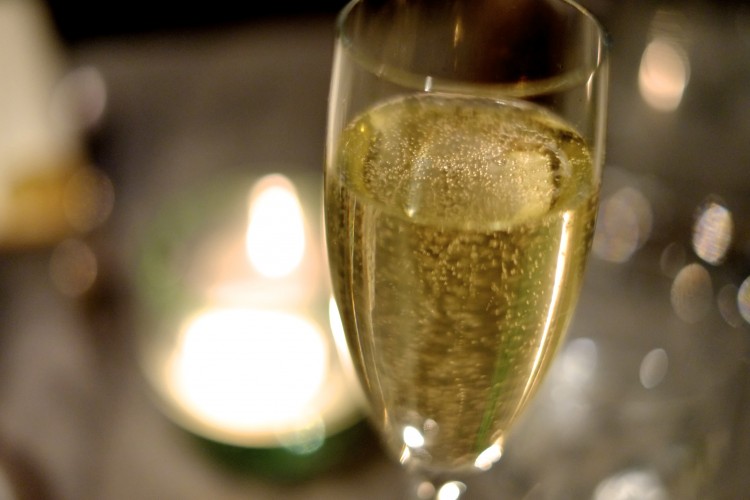 What is apparent when you walk through the door of this newish French restaurant is that they mean business.  Olga the restaurant manager has a controlled confidence that would be hard to topple in adversity, not that there was any need to worry on this trip.  Franck Raymond has taken the brave step of naming his restaurant after his grandmother, Augustine, who was apparently a superb cook.  Opening before Christmas it is steadily gaining respect with the locals of Battersea. 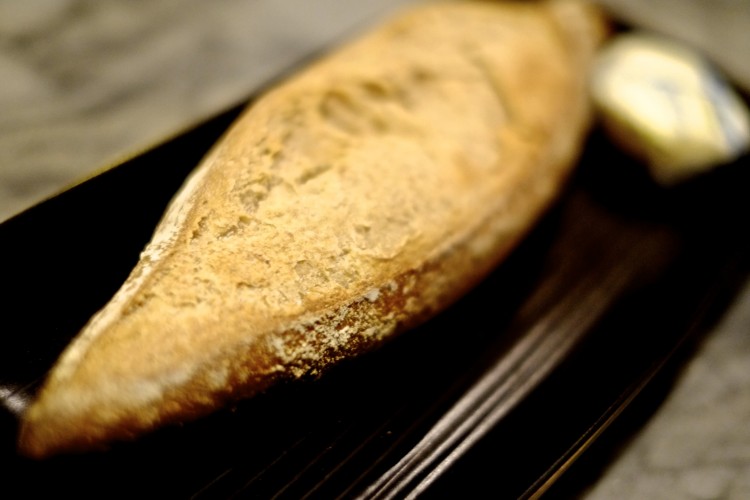 The food is unashamedly regional French.  With one exception, which wasn’t bad just a bit plain as the rest of the food was exceptional.  And was even more exceptional at the price.  Expect to pay £17 for a main and £4.95 for dessert.  It gets even better at lunchtime with a three-course menu coming in at around £15. 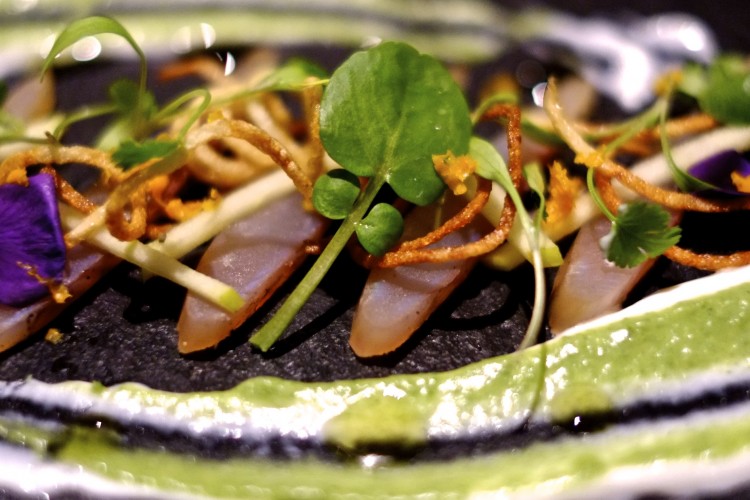 M, who is rather good at picking winners, chose a simple but elegant starter of smoked fera fish cucumber salad and crème fresh.  Served on a slate board to highlight the delicate fish this was as good as it gets.  Strong yet subtle it packed a punch with balanced flavours, the light smoking doing the fish justice.  It also looked beautiful.  We had some bread on table that had been baked in-house and was great with the French butter it came with.  I must confess to having a weakness for creamy, salty French butter. 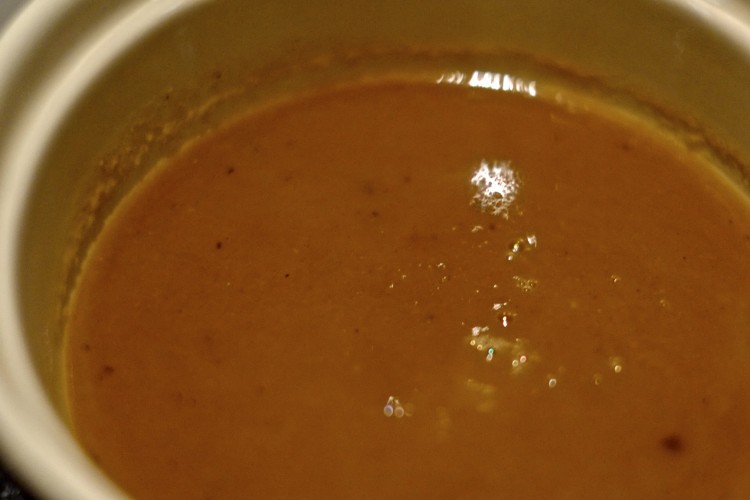 The only dish that didn’t sing for me was my starter.  I opted for veloute of onion soup with blue cheese allumettes.  The allumettes were lovely (matchsticks of puff pastry) and did taste of blue cheese but my veloute was just a bit flat.  It looked like a good onion soup that had been whizzed in a blender with a touch of cream and not light with bubbles at all.  It wasn’t bad, just not what I thought I was going to get.  I did eat it all though so I guess this is a lesson in menu expectation as much as anything. 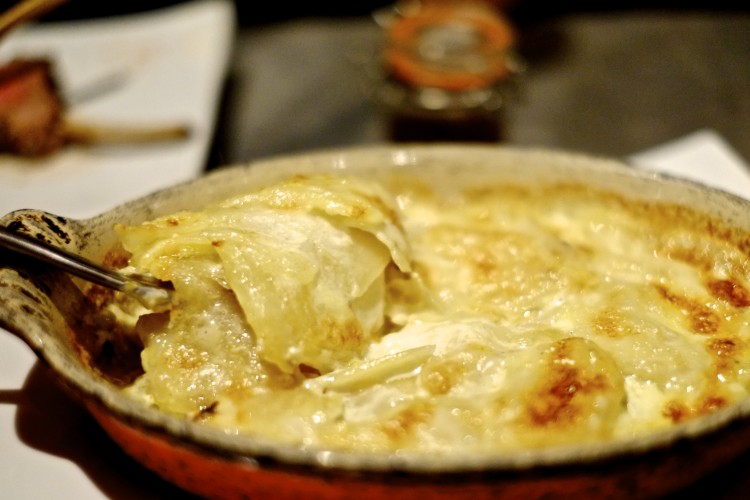 The staff were without reservation absolutely charming, we were very well looked after and everything was handled with grace and style.  Olga runs a very swish operation.  The decor is also easy on the eye.  A curved bar as you walk in that separates the areas, the front smaller section ideal for a quick plate or chat with friends over a drink, the rear a larger but more intimate space for longer dining.  Both work well. 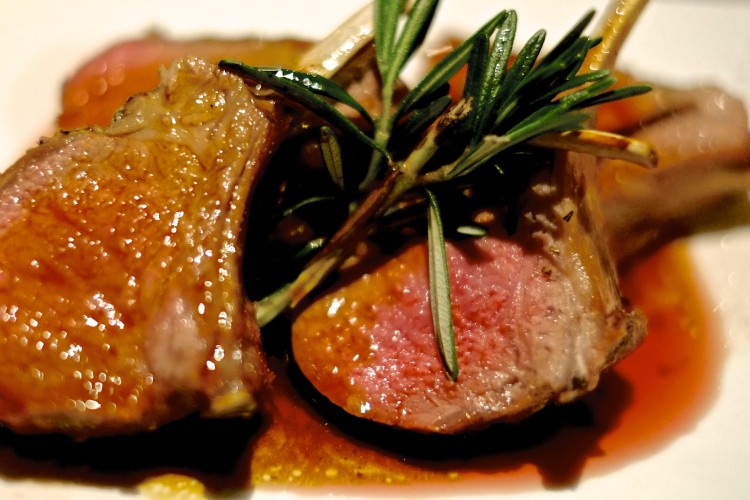 Mains were a joint choice.  A rack of lamb to share with gratin dauphinois that was to die for.  The lamb (from Scotland) was pink, juicy and so, so, tasty.  The gratin had all the hallmarks of being created by an expert.  It was not too deep, had just the right hint of garlic, a slight crust and creamy but with life still left in the potatoes.  Franck, can make a mean gratin and if you eat nothing else here eat this, it’s truly epic.  I did enjoy our greens (especially the peas in cream) as well but this was a course dominated by the two main components. 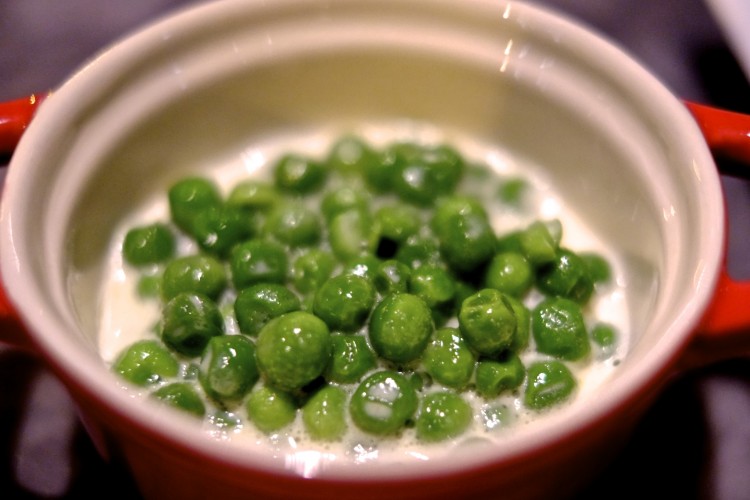 The desserts were also a triumph.  M fell for that old favourite of hers a tart tatin.  She was very quiet as she ate which usually means ‘leave me alone I am eating something very good and do not wish to be disturbed’ I was right, afterwards she pronounced it was fantastic and could eat another.  Mine was a special, rum baba, a boyhood favourite of mine.  As a small child I would wait eagerly for my two aunties to arrive on a Saturday afternoon as when they did it meant cakes!  Packaged in a white cardboard box tied up with string.  The best of these for me was always the rum baba.  I loved the sickly sweet syrup drenching the sponge to such an extent you had to use a spoon to stop it falling apart.  As well as making a mean gratin Franck also makes a mean rum baba.  It wasn’t drenched in syrup (something my dentist and tailor will be disappointed about in equal measure) but with it comes a glass of syrup, so you can be as restrained or not as you like, obviously I used all of mine.  Most importantly it did taste very good.  A light sponge with all the right flavours going on in the syrup. 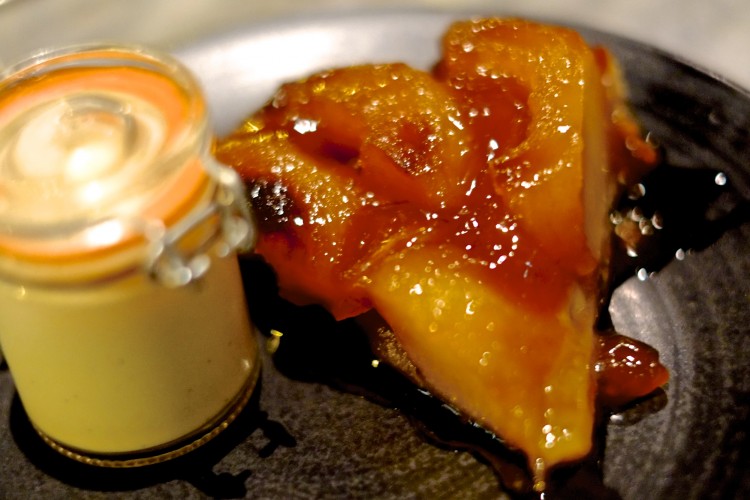 I did have a nibble on some cheese, as I tend to do, it was a good French selection and served rather charmingly on a tiered cake stand, simple and elegant. 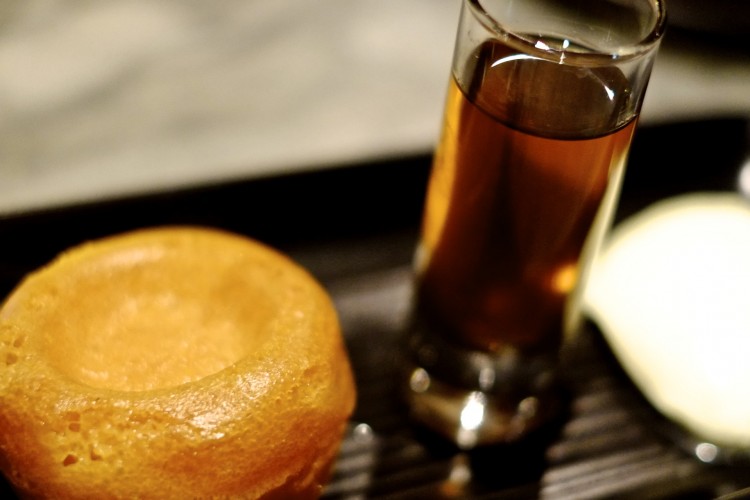 The Battersea restaurant scene has been improving steadily over the last few years and I feel that Augustine Kitchen will add to its reputation.  It is a place of modesty and simplicity.  Family friendly Franck will even cook exactly what your little ones want fresh to order, how good is that?  What Augustine Kitchen does, it does very well and I think the lunch menu is a bargain in classic French cooking that is an education in itself.  I’m sure Franck’s grandmother would not only have been proud of her grandson, I bet she would have ordered that gratin as well. 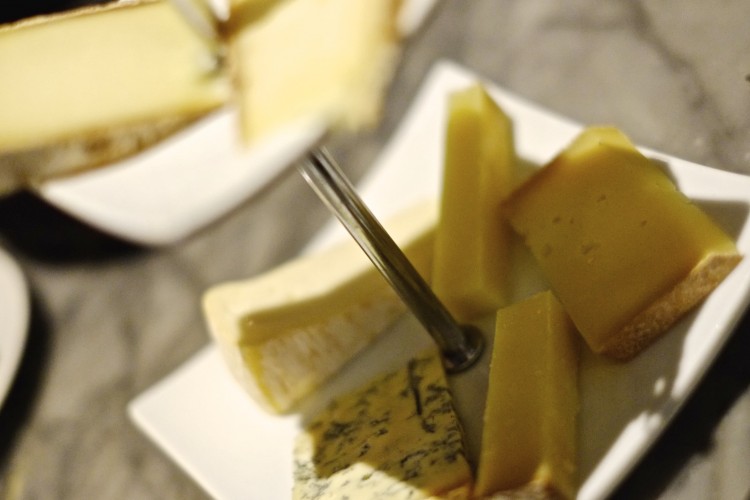