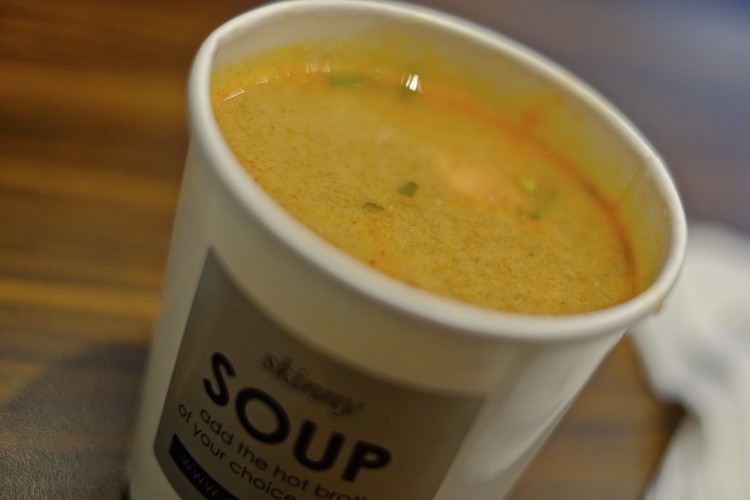 The Bethnal Green Road is now the height of trendiness, it’s official. We are used to pop up shops and restaurants these days but the other day I came across a pop up retail mall. Cut from a slither of land next to a busy road are a series of decorated sea containers each with a pop up shop within. This new city has retail shops downstairs including some excellent vintage clothes shops and young designer outlets. Upstairs there is a plethora of eateries. The beards from Dalston are moving in. 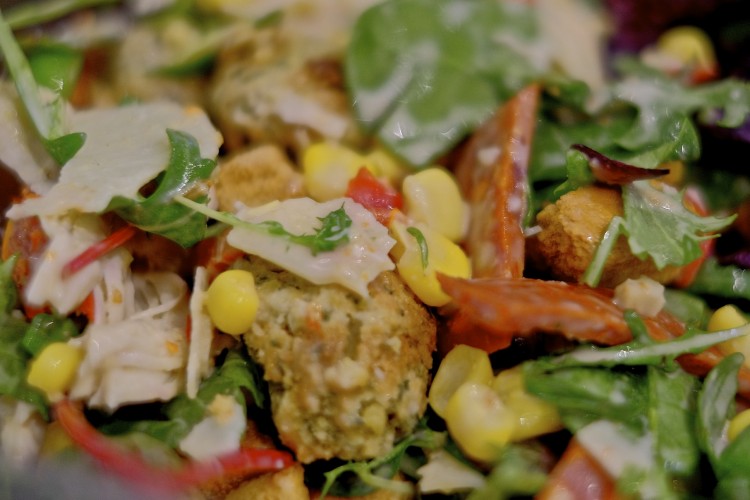 The curious thing about Chop’d is that it is so anonymous in its presentation. Plane glass fronted, simple benched interior with no ‘branding’ shouting at you anywhere. I think they are missing a trick because they have a lot to shout about. 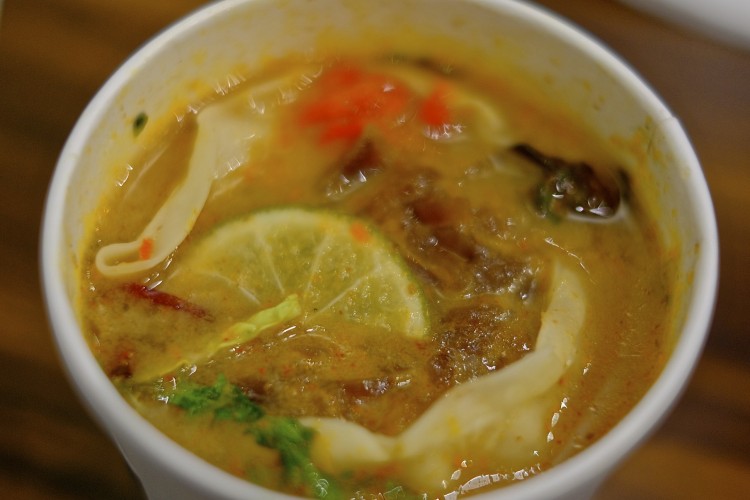 Naomi, the manager of this branch (they have 11 peppered around London) explained the idea behind the food and what to expect. Selling over 20,000 salads a week in addition to stews, soups and wraps. Established over 10 years ago they still source their food locally (chicken from Essex, salad from the home counties etc.). Quality and provenance are their watchwords. 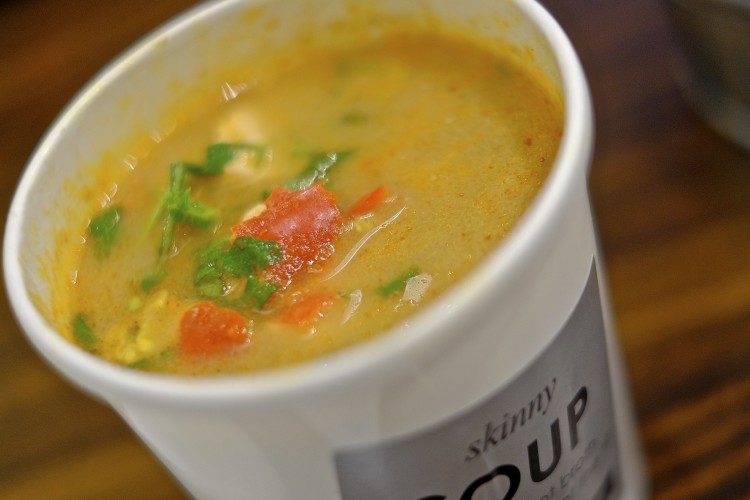 It was a bitterly cold the day we visited so Naomi wisely advised something warming. In a chiller cabinet they have soups and stews, you choose what you like then take it to the counter to have ‘broth’ of your choice added and heated up. This is where is gets interesting I chose chicken ramen with a chicken broth. It tasted like an old fashioned chicken soup that was rich in flavour and texture from noodles, egg, and spring onions. X was brave and went for chicken prawn gumbo with a Thai broth. This was the best of the bunch in my mind (or maybe it was that we were so cold) it was warming in a spicy way as well as having a coconut and chilli hit. 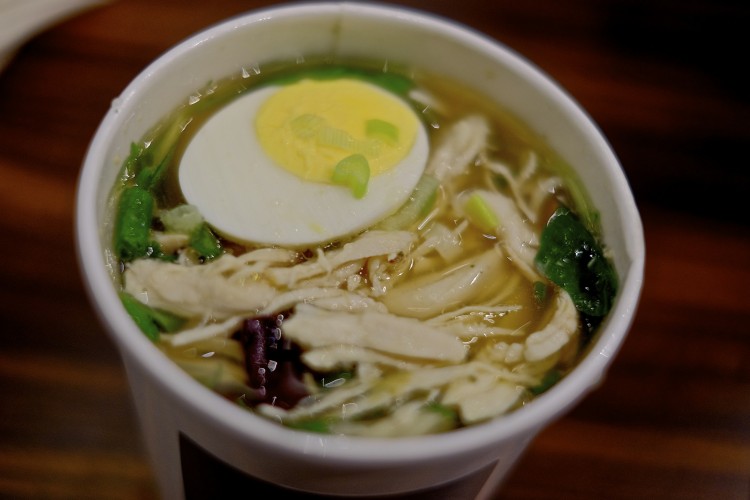 A was probably the coldest of us all (he is also the smallest so feels the winter more) chose one of his new favourite foods, chilli con carne with red rice. He didn’t manage to finish it only because the portion was too big but it tasted great. Not too spicy for a little one but enough to put hairs on your chest (if that’s what you want) and a zip in your stride. M chose a Thai salmon soup with Thai broth, a kind of double Thai meal, brilliant and fresh with authentic flavours in abundance. 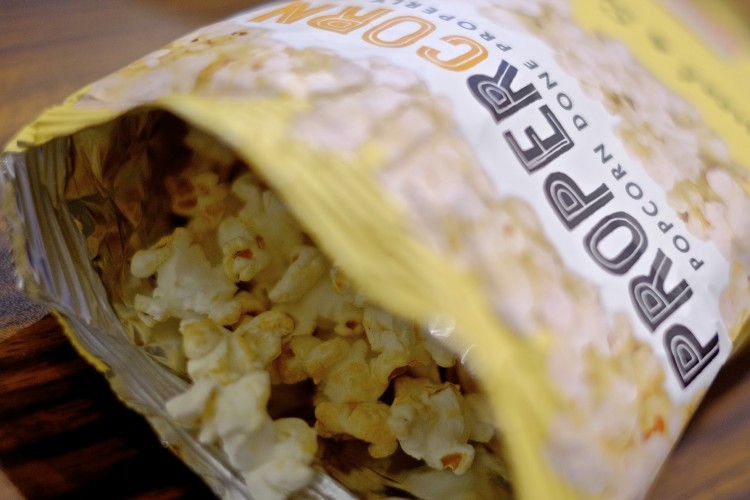 The thing about Chop’d is that they effortlessly provide great flavour at every turn. I did try a salad, which is a custom made affair with it being mixed for you. Then in another bowl they place whatever dressing you’d like, place the salad ingredients in the dressing bowl and give it a gentle swirl. Anybody who knows anything about salads knows that this is the way to achieve an even mix. 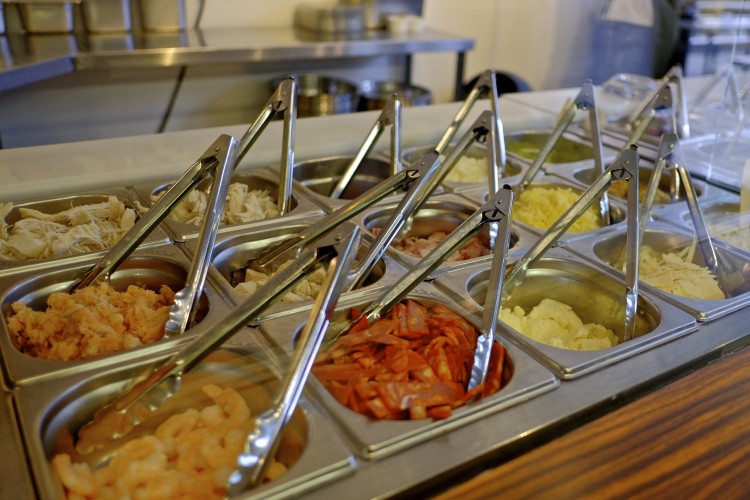 In the summer I’m told they have queues stretching down the stairs and round the corner such is the popularity of the Chop’d salad. If you’ve got room (portions are big here and come in two sizes, so choose small if you’d like a dessert) you could try a delightful yoghurt with blueberry and honey pot. The honey lurks at the bottom of the container and is a welcome retort to the sharp berries. A was delighted to see popcorn in bags on offer. He chose salt and sugar, a fantastic taste sensation that is reminiscent of salted caramel. A’s only complaint was that the bags weren’t big enough. 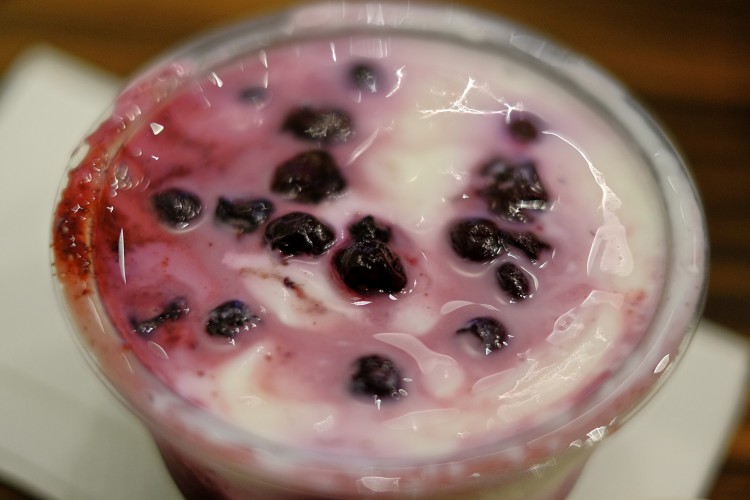 We started a little game amongst ourselves to see who could spot the most ‘beardies’ of the Hoxton/Dalston/Shoreditch variety. I’m sure you know the sort; they often aren’t wearing socks, have man buns and usually are carrying a rather useless piece of art that is their latest ‘project’. With the rules and order play established (one point for a solo beardy but five if you saw a pair) we started in earnest but it soon became a game of shooting fish in a barrel. There were just too many to count. We gave up happy in the knowledge that Chop’d was not going to run out of customers anytime soon (however strangely attired) and that we had enjoyed a great ‘pop up mall meal’, I never thought I’d be writing those words in one sentence. 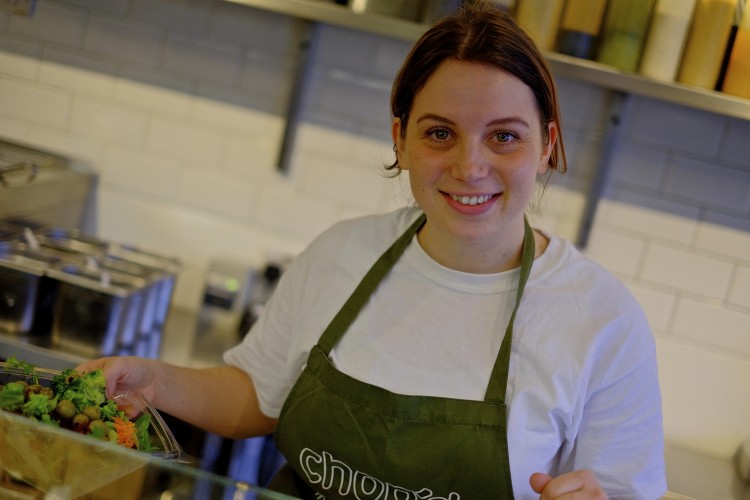 To find your nearest Chop’d go to