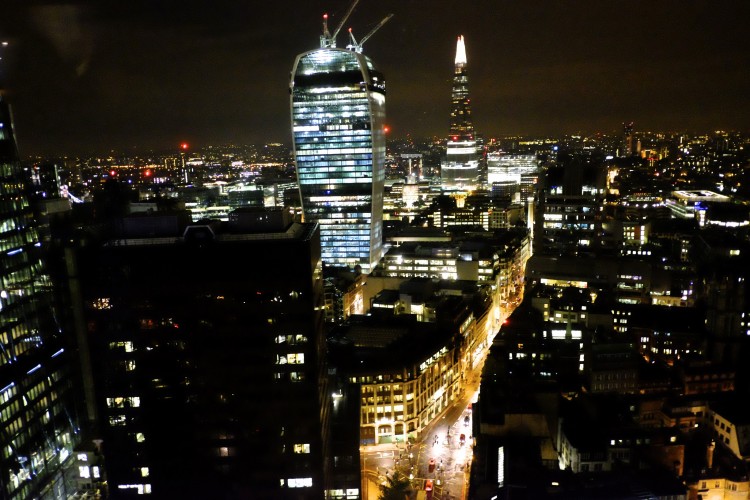 When Jason Atherton decided to establish another London restaurant on 24th floor in Tower 42 I wonder if he’d looked at the end of the building’s postcode? 1HQ is quite a statement, although Pollen Street Social is his London flagship I wonder if his loyalties might sway. I wouldn’t blame him at all as City Social is fabulous in every way. 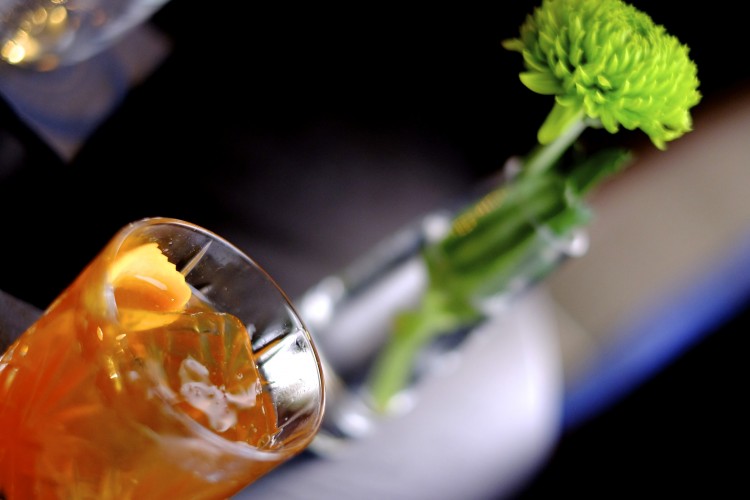 The restaurant is reached via its own lift just to the right of the main entrance. At once you feel something special. I remember a similar feeling going up the dedicated lift at The Eifel Tower to The Joules Verne restaurant. It says something about you and the destination. The whole 24th floor is your playground. 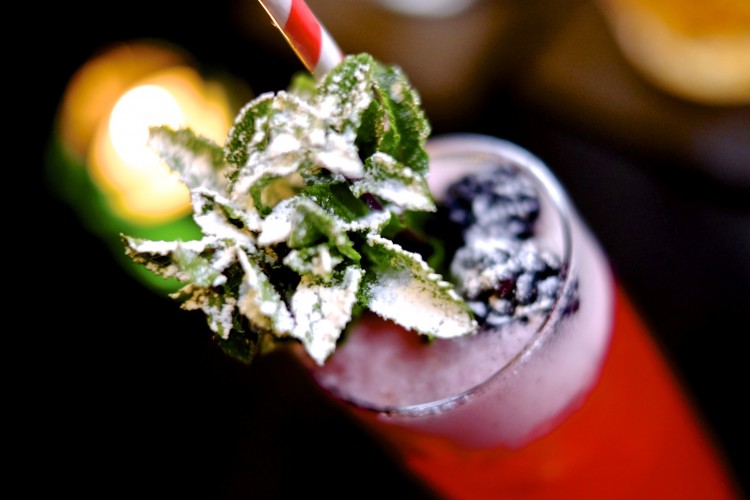 The first part of the evening was spent in the rip roaringly cool bar. This is party central – think prohibition era speakeasy with a cocktail list to die for. Created by award winning mixologist Gareth Evans, he has concentrated his efforts on a short list of spirit-based wonders that are faultless. My ‘Vermouth, you can’t handle vermouth’ was delicious served with one giant ice cube to keep the temperature constant without diluting the flavour. This is my sort of cocktail bar. It’s pumping soundtrack from The Great Gatsby set just the right tone. I would happily have sat there for a few hours. 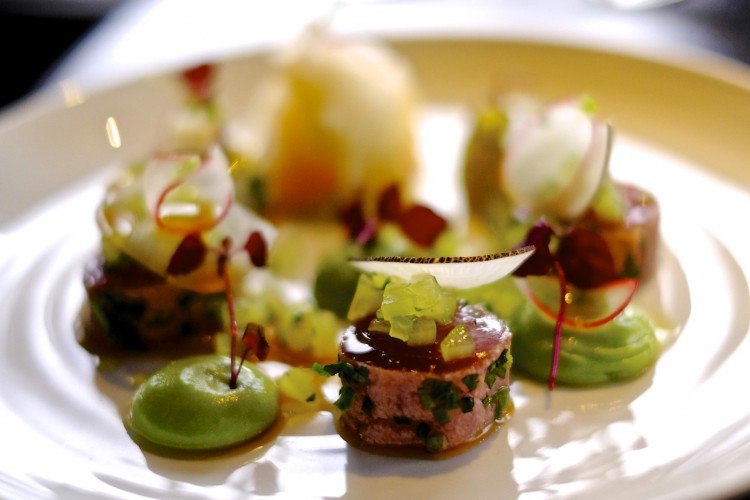 But fortunately a booth with a spectacular view had my name on it. Being 24 stories high has a hypnotic effect on the diner. It all seems rather unreal and almost hallucinogenic. The service here and in the bar is impeccable. Jason has an eye for detail at every level. 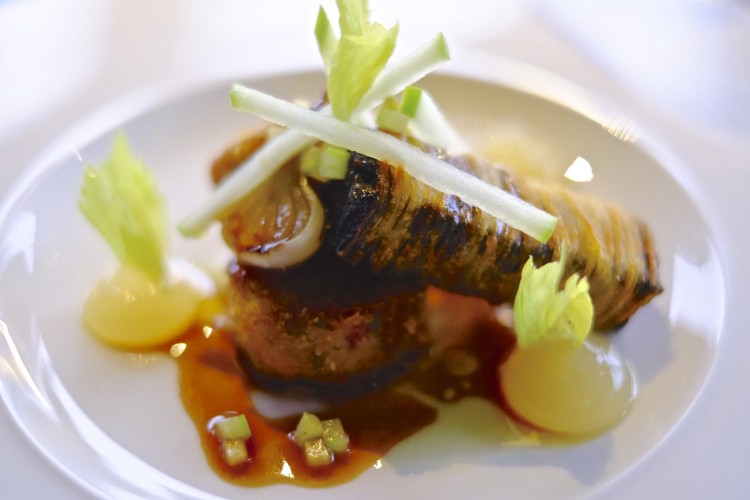 The food is a move away from ‘tasting menus’ and is more traditional. There are sections named cooked and uncooked starters, rice and pasta, mains and grill. So it’s all very straight forward with a simple line describing each dish. M chose yellow fin tuna tataki with a cucumber salad, radish, avocado and ponzu dressing. Apart from being exquisite to look at it tasted so fresh and vibrant. The head chef Paul Walsh has a fine, light touch. He has worked in Michelin starred restaurants including a five-year stint at Gordon Ramsay’s Royal Hospital Road. My pig’s trotter and ham hock with crispy Mrs. Brown’s black pudding apple and Madeira was a rare treat. I don’t know who Mrs. Brown is but the crispy pig, apple and Madeira bringing it all together brilliantly offset the square baton of hot black pudding that she had made. An excellent start to what was going to be a first rate meal. 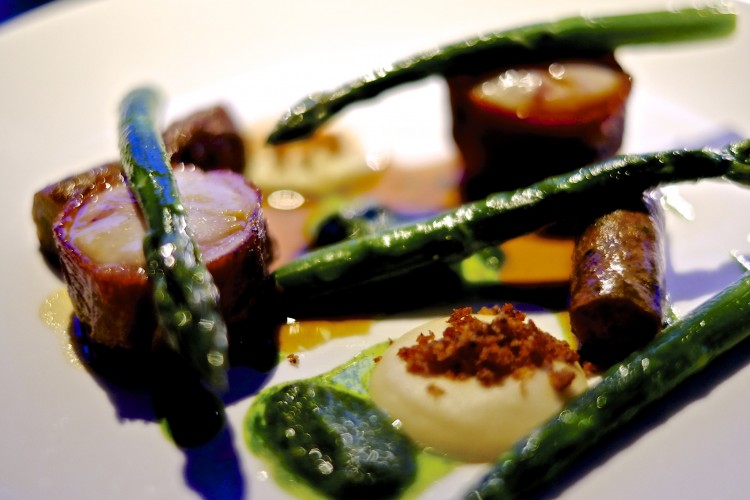 It is almost a distraction having to eat the wonderful food but still give respect to the surroundings and view, The gherkin, The Cheese Grater seem so appropriate in giant form at eye level. The low lighting (but your food is perfectly illuminated) and gentle music (different playlist from the bar) are just to soften you up for the view. While it really was impressive when we arrived by the time the sun goes down it is something spectacular. London is so pretty as the lights come on one by one and car rear lights burn their red departure. 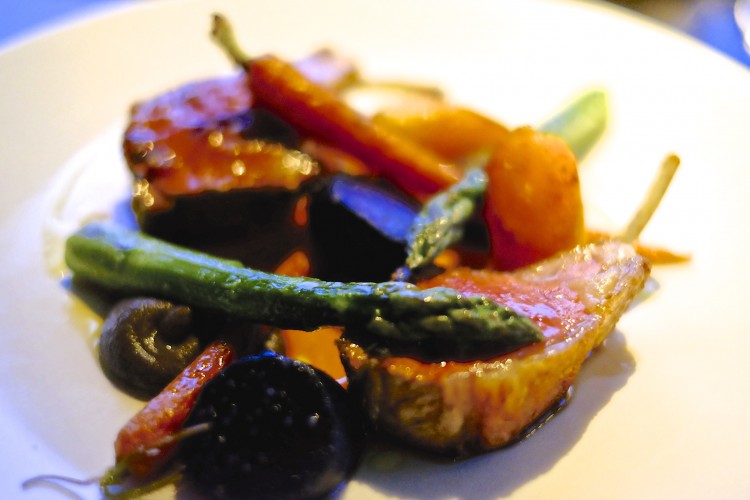 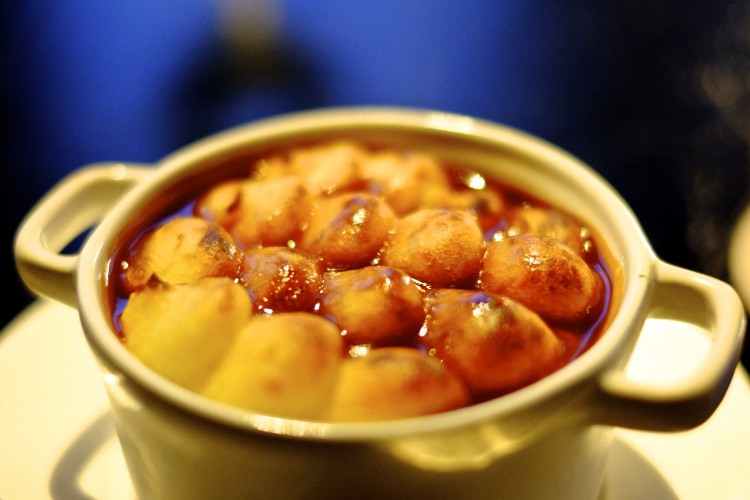 We had a little risotto that was heavenly and creamy but still with bite. Cèps with a crispy sweetbread and Madeira glaze (they like Madeira here) was just right. My main was Lincolnshire rabbit saddle, rabbit sausage, cassoulet with a tarragon and hazelnut pesto. Adorned with carefully placed asparagus (last of the season) it looked as if this dish had been on the menu for years but of course it hadn’t, City Social has only just opened. My cassoulet was served in a separate dish and was superb. It is this level of cooking that will, I’m sure gain City Social a star or two quite soon. M chose Romney Marsh lamb with braised shoulder shepherd’s pie. This was two dishes in one. Rack cooked to pink perfection lamb and a mini shepherd’s pie. M found the pie a touch too spicy but I didn’t and ate all she didn’t want. Actually if they put that pie on as a main course in its own right I would order it. Delicious. 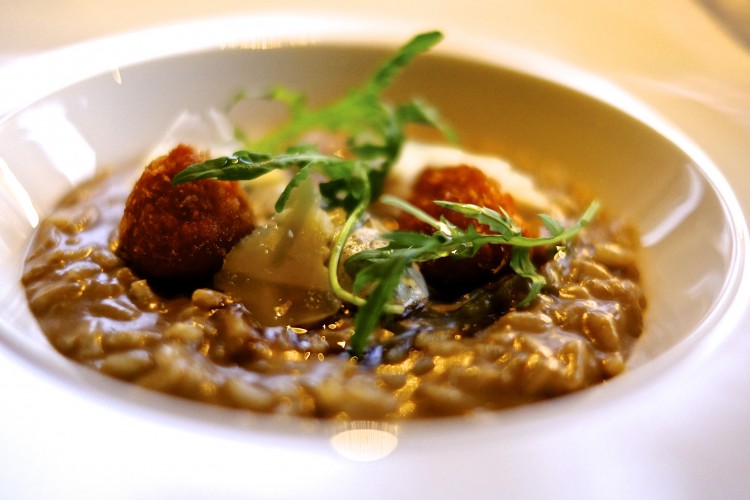 London is a different city from above. The known definitions blur to be dominated by the neon and phosphorous glow. Twinkling and smiling at you, the view really is mesmerising. As we waited for desserts other diners would walk past taking in the view and stopping to take a picture or two. It feels very communal up on 24th floor. There are restaurants in high buildings but as this occupies the whole floor it does offer that matchless wrap around view. 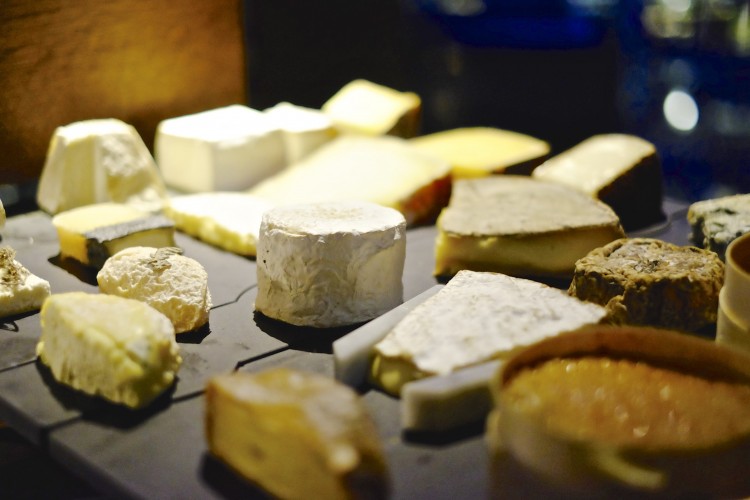 I decided to opt for some cheeses before desserts. The trolley came round, I counted 22 and chose five. All kept in perfect condition they were explained by their guardian who carefully placed them like precious jewels on a plate. The goat’s ‘Domino’ from Italy was good as was the ‘Flower Marie’ from Sussex. A careful selection and passionate staff will always shine through. 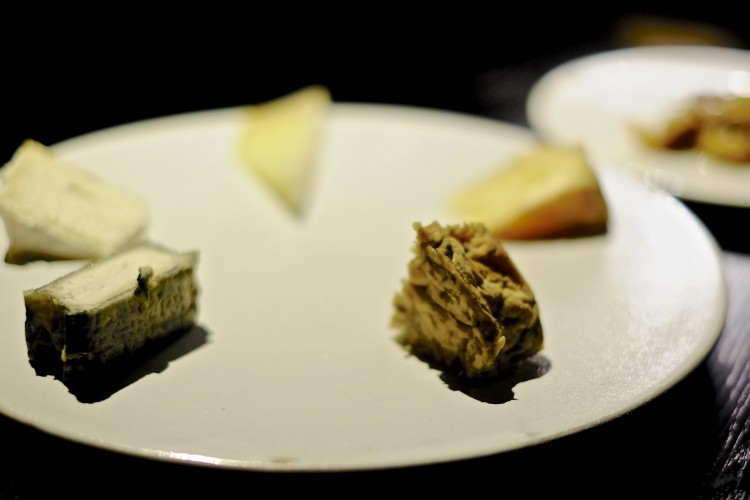 I had been tipped off that the strawberry soufflé was very good (thank you A-M For your insider knowledge!) so we ordered one and a rum baba with English summer berries and strawberry sorbet. The sorbet was the absolutely perfect in formation. I have never seen a flatter top it looked like it had come out of a machine room and had been sanded down it was so perfectly flat. It tasted brilliantly rich and creamy with a gooey middle and piqued of strawberry. A creation any chef would give their right arm for. My rum baba was like a rocket poised to lift off into my waiting mouth. It didn’t last long and was soon just a happy memory. 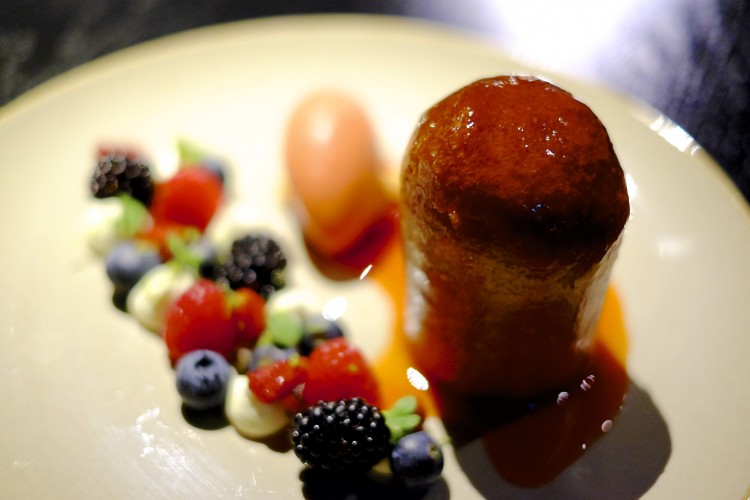 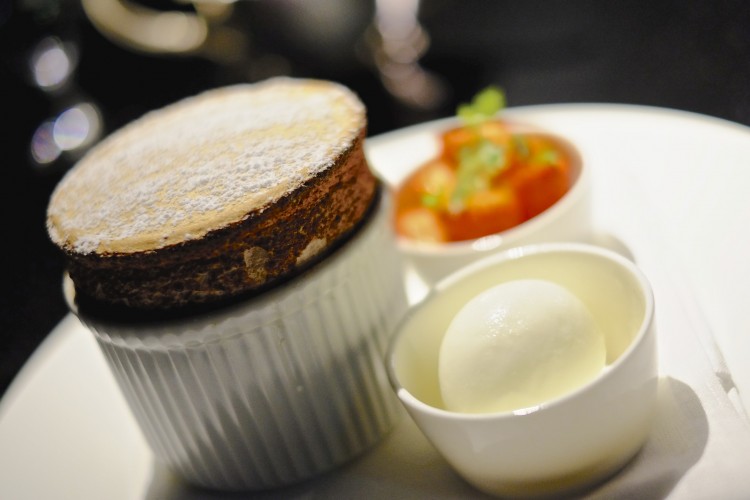 As with The Pollen Street Social Jason Atherton has created a world where luxury flows like a Swiss watch movement. Timing is perfect at every level, the staff are delightful and all very well trained. Food and cooking are of the highest standard. The 20’s speakeasy feel is an illicit treat. City Social is one big party as large or as small as you want it to be. F. Scot Fitzgerald put it better in The Great Gatsby “I like large parties. They’re so intimate. At small parties there isn’t any privacy.” 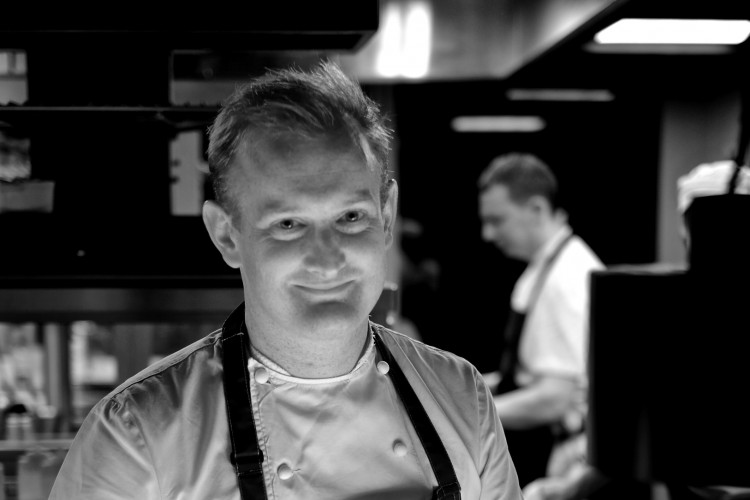 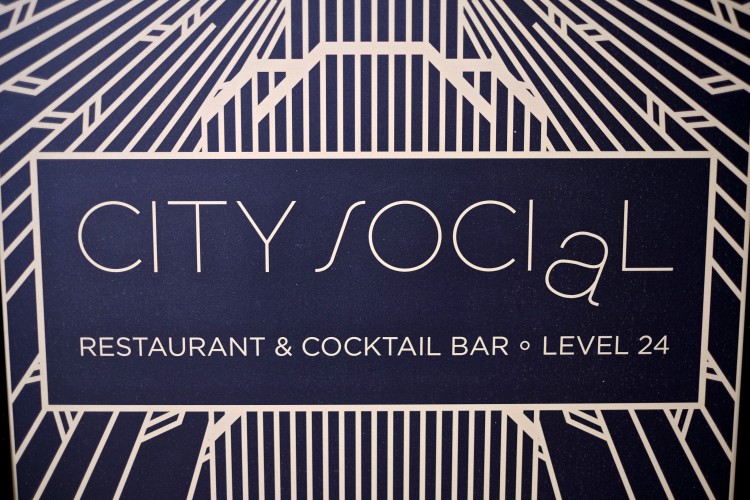