Costa Navarino is the place to go if you want that little bit extra from a holiday in Greece. Yes, it has sun and sea and of course wonderful food but it also has so many other delights and year round activities to lure the family, it is the 5 – star destination to head for in this part of the world. 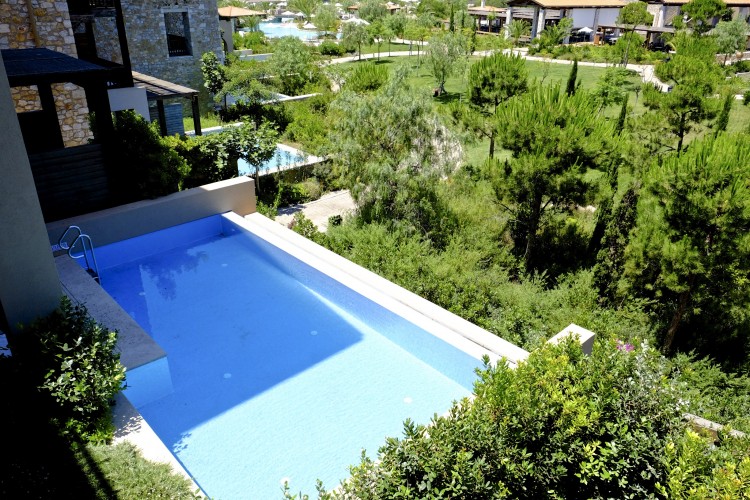 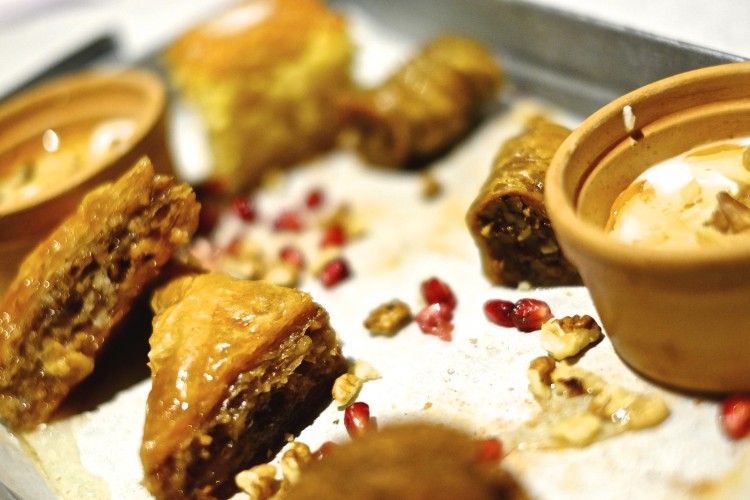 The flight to Kalamata in the Messinia region in the southwest Peloponnese is only three hours from the UK. In such a short time you are transported to a different world, a world of myths, legends and 4,500 years of history. Steeped in tradition, this part of Greece is not far from the original site of the Olympics. On 23rd of June each year the hotel celebrates Olympic Day with the athletes of the future being coached by previous Olympians. 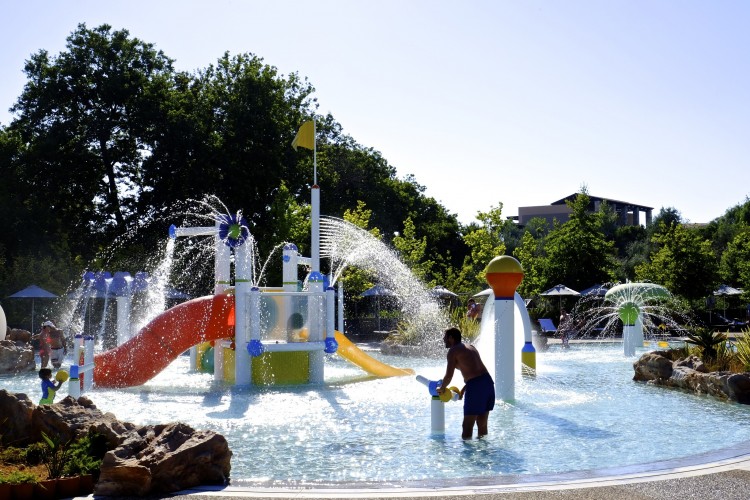 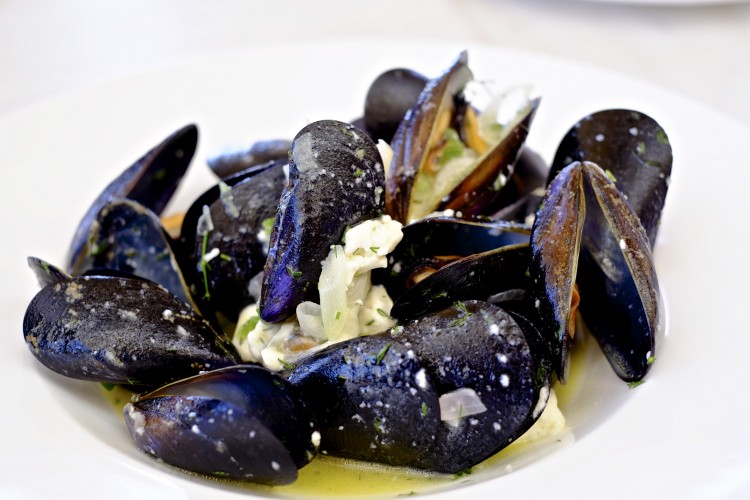 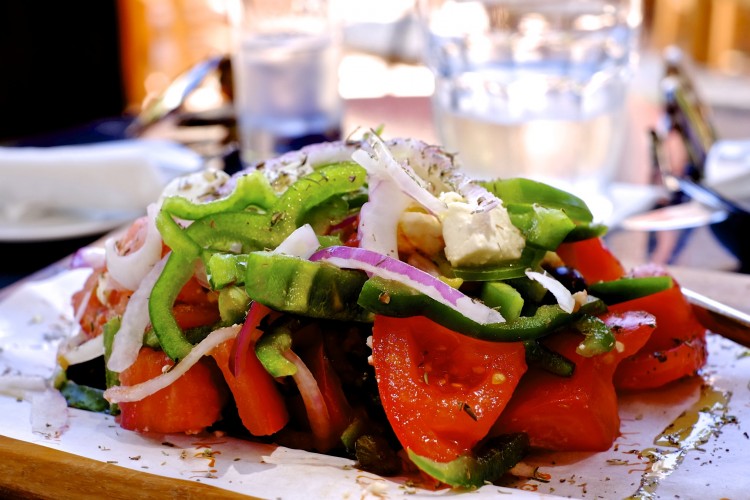 There are two hotels as well as villas The Romanos has 320 fantastic rooms with lots of space and most on the ground floor the room and suites have their own infinity pools. The Westin Hotel, where I stayed has 444 deluxe rooms, family suits and villas and is the perfect place to check into for a couple of weeks and put your feet up. The sprawling complex is village like in its layout. With pools and bars popping up around every corner there is something new to discover every day. Shops and restaurants blend seamlessly with the low impact architecture and greenery. 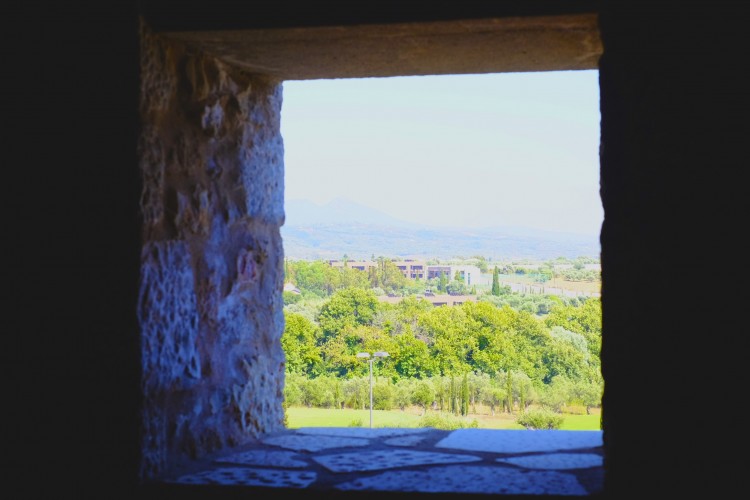 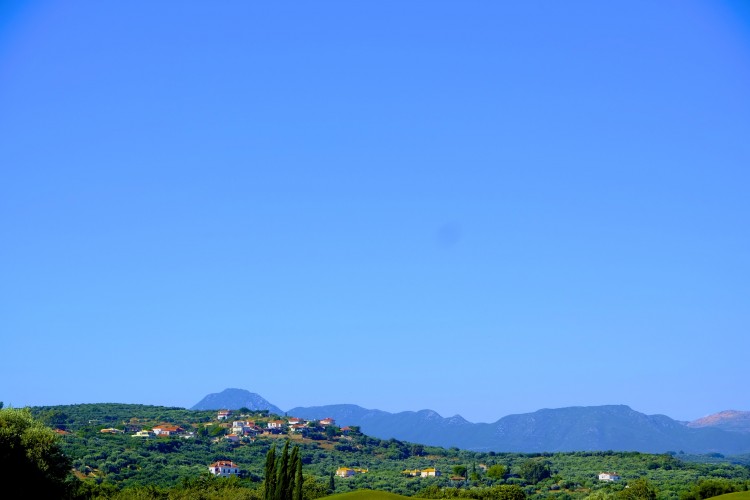 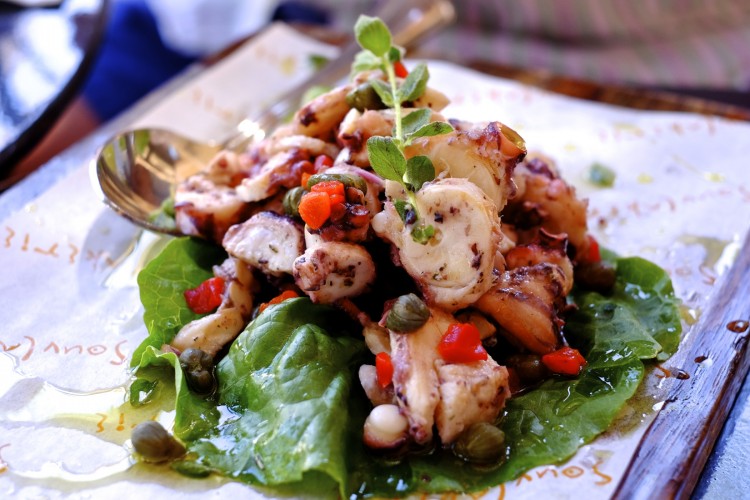 The credentials of Costa Navarino are very eco and sympathetic to the local vernacular. Local stone and styles are used extensively along with scented planted verandas and lawns. Low-rise terracotta tiled roofs are used throughout. The whole effect is both pleasing and calming. This philosophy continues in the spa where you can take many treatments that play heavily on the heritage of Hellenic medicine and the teachings of Greek philosophers. 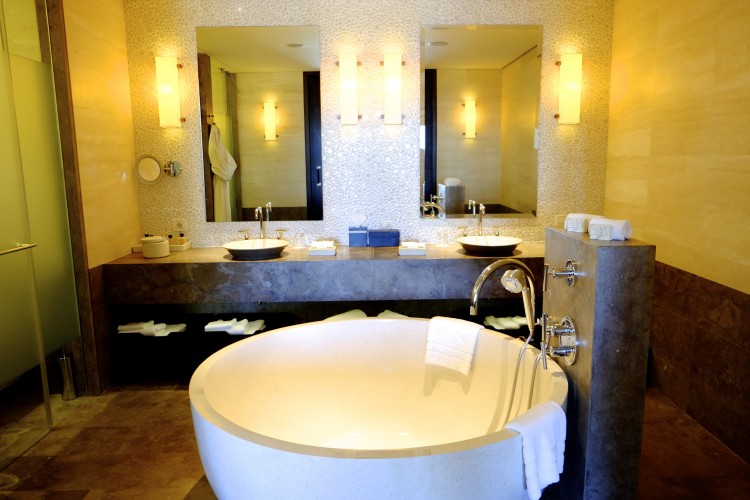 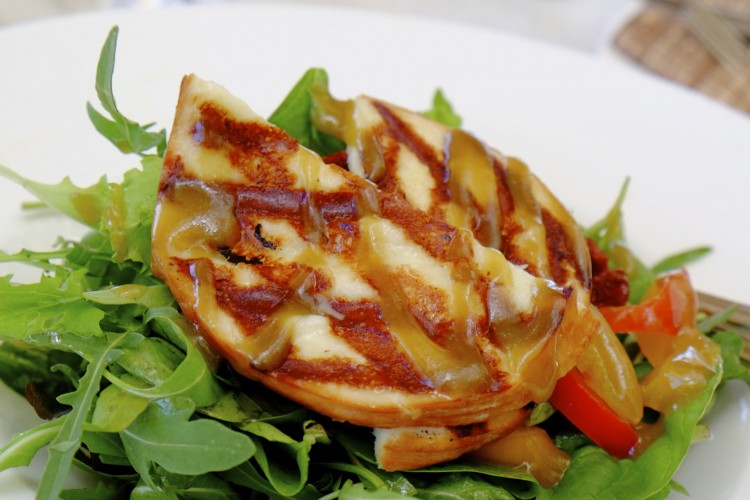 What are you going to do with your little ones while you enjoy a cocktail or two at the Anazoe spa or poolside bar on your own? They have thought of that, there are two clubs – Cocoon and Sandcastle covering three months up to twelve years with qualified child care unlike any other I have ever seen in a hotel. And it just gets better, the staff are multilingual who on any typical day might help you kids with craft work, games, swimming or story telling and the icing on the cake is that during the peak summer season they offer a sleepover service. While you make a night of it in one of twenty odd restaurants and bars or go diving or water skiing your children will be cosseted in their own little berths with such delights as star gazing and cooking their own supper and all the fun of sleeping over with a group of youngsters.

It’s easy to stay within the confines of The Westin, as it’s enormous if you include the two championship golf courses, but you could also dip into a spot of local culture. A group of us spent a brilliant evening with two local women from Pylos learning how to make Greek pasta and full evening meal with wine for only 55 Euros a head. It’s a great way to get involved and chat to fellow guests. The mix is truly international and stimulating. On our table were Italian, British, French, Swiss, German and Greek guests. 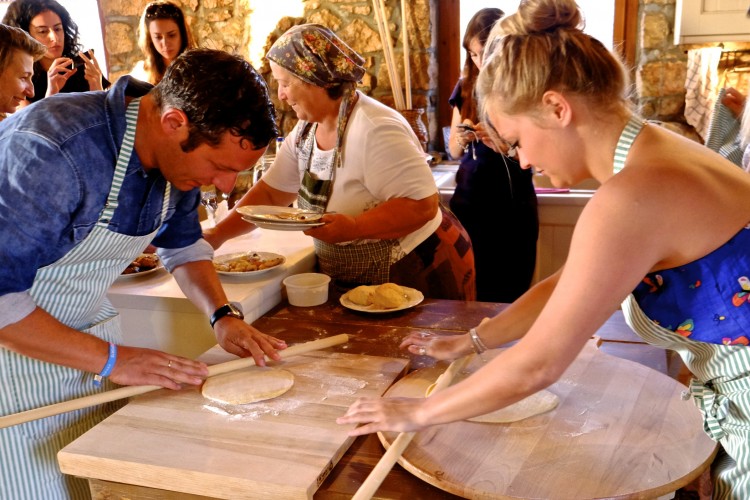 If it’s something cerebral you are after then Professor Eleni Volonaki, Lecturer in Ancient Greek Literature conducts philosophy walks under an ancient olive tree in a quiet corner of a golf course where you can sit round and discuss and compare the concepts of education and sport in a historical context compared to today. You can get involved as much or as little as you like. It’s very stimulating and offers food for thought and of course you can continue the discussion over a glass of wine and into the evening if you like. 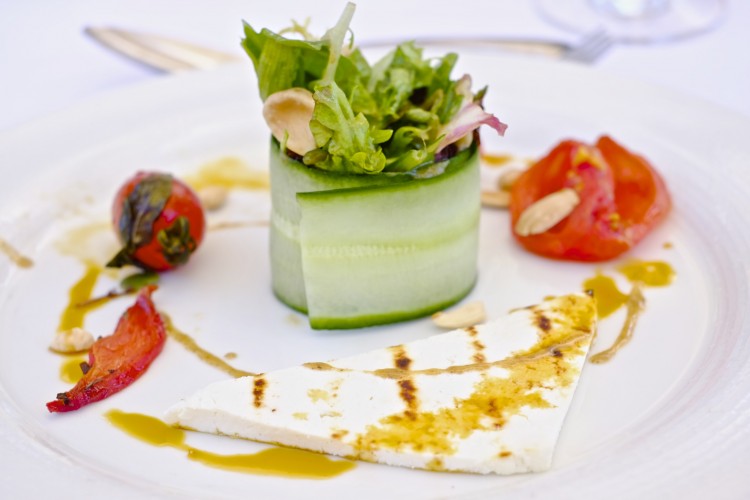 Food plays a big part of Greek life and it is well represented at Costa Navarino, the multitude of restaurants will keep you busy during your stay. There are options that include traditional Greek, Modern Greek; Italian there’s even an authentic US Diner.  One of my favourites was Barbouni a fish restaurant situated on the beach it is completely open with no walls. The fish was as fresh as it could and the grilled octopus sublime. It has the most mesmerising ceiling made of long strips of cloth cut to look like waves that catch the breeze and shimmer and billow like the sea, a brilliant design that is both relaxing and stimulating in equal measure. 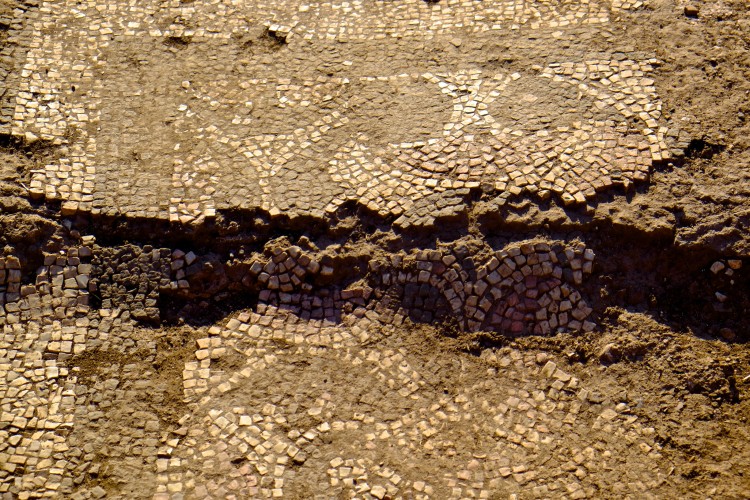 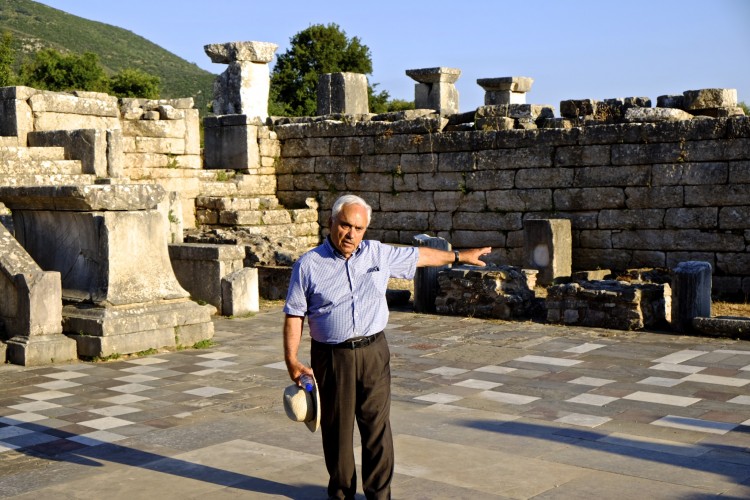 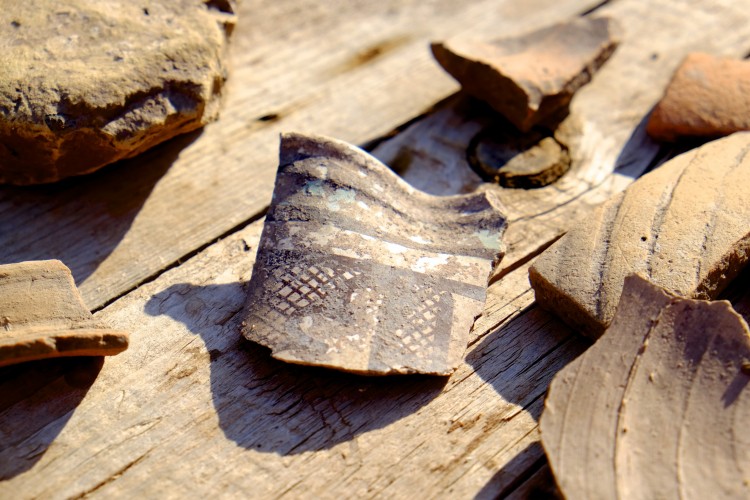 An afternoon excursion to Ancient Messine is a must built in 369 BC with fortifications stretching over 9 km it is one of the best-preserved historical sites in Greece. Professor Petros Themelis has spent most of his professional life dedicated to the restoration and preservation of Ancient Messene. Only a couple of hours from Costa Navarino the journey takes you through ancient villages and windy roads and olives groves have been there thousands of years. Seeing the site unfold is incredible, it takes you back to a time of gladiators and philosophers. At its height the population was over 10,000. The site is large and contains a theatre, stadium, market square, a Doric temple and mausoleum. With partly restored mosaics and columns you can see history returning to life. There is a small museum on site as well. 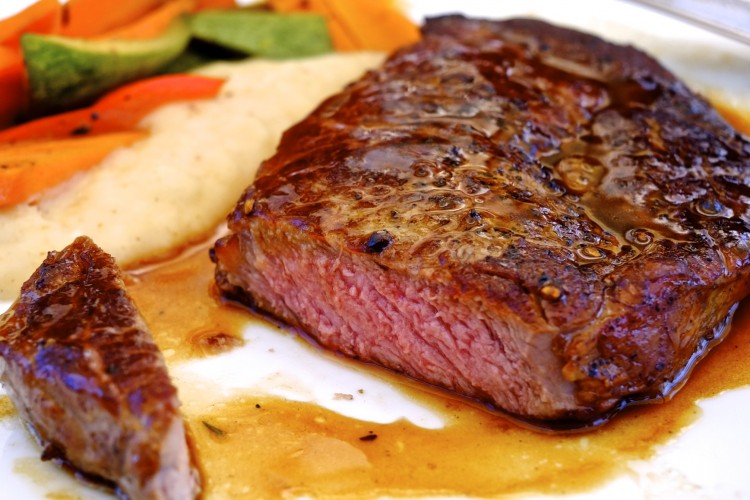 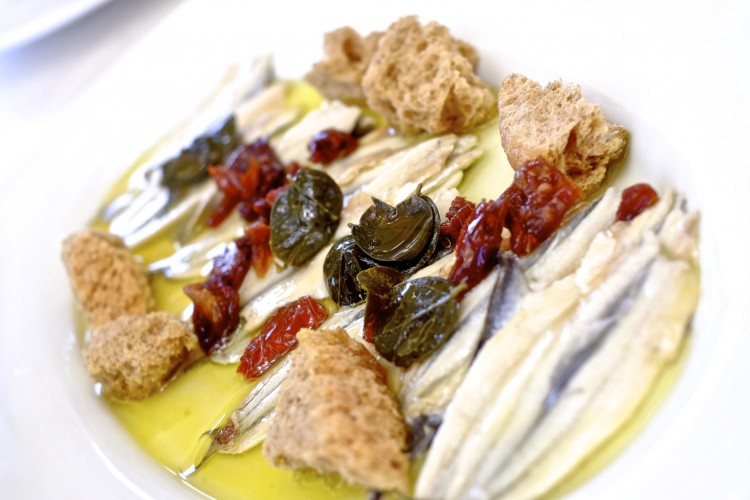 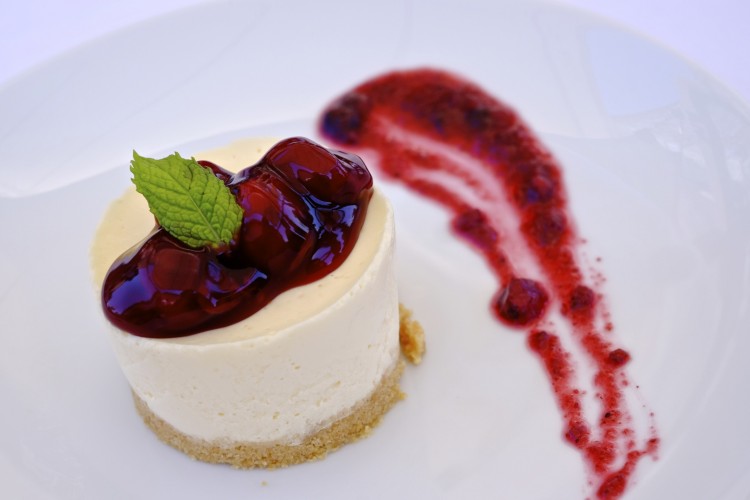 My stay at Costa Navarino was all too short but what I did glean is that there is so much to this beautiful part of the world with the lapping Ionian sea at edge of the hotel it really has one of the best outlooks I’ve seen. A short distance way is Bay of Navarino a huge natural harbour that played an important part in battle for Greece’s independence in 1827. The allied forces of British, French and Russian defeated an Ottoman armada in the last major naval battle fought entirely at sea. This part of the world just can’t help being interesting. If you have a cooking lesson with the ladies of Pylos you will see from their home a most spectacular view of Navarino Bay as the sunsets. Costa Navarino even makes its own wine, called? You guessed it, 1827! 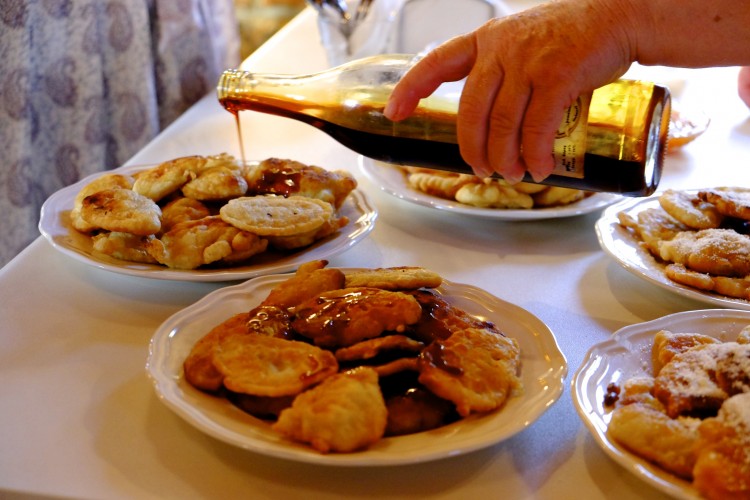 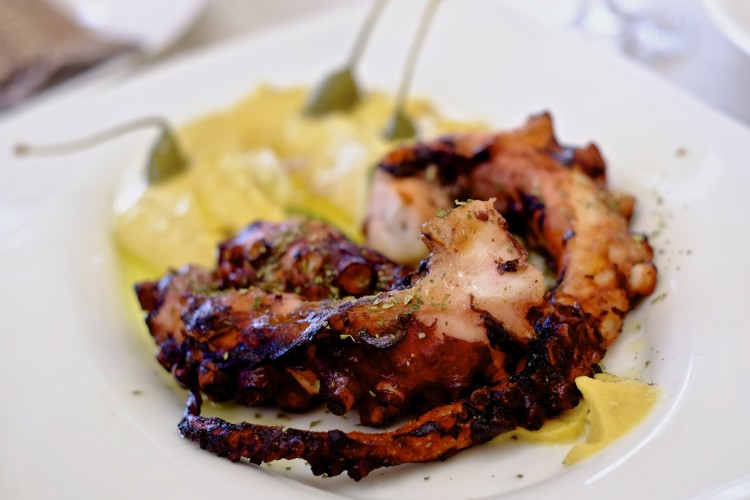 Design Holidays is offering a seven-night stay at The Westin Resort, Costa Navarino, from £461 per person, staying in a garden view hotel room on a bed and breakfast basis.

Flights are available from £130pp – Gatwick / Kalamata with www.easyjet.com

I have just received this press update:

Costa Navarino, the prime sustainable destination located in the Greek region of Messinia, southwest Peloponnese, has been awarded first place in the category of “Europe’s Responsible Tourism Award” at the prestigious World Travel Awards 2014.

The World Travel Awards serve to acknowledge, reward and celebrate excellence across all sectors of the global travel and tourism industry. Costa Navarino’s aim to be established as a sustainable tourism destination through a series of practices that have been applied, is recognised by The World Travel Awards. The destination is being developed with respect for Messinia’s pristine natural surroundings and rich cultural heritage, enhancing the local communities, and highlighting the rich traditions of the area.

Costa Navarino won first place in the category, voted for by travel and tourism professionals from around the world, with the awards being presented on 2nd August at a red-carpet Gala Ceremony in Athens –the first time that Greece has hosted the ceremony- as the culmination of three days of events and networking in the country. 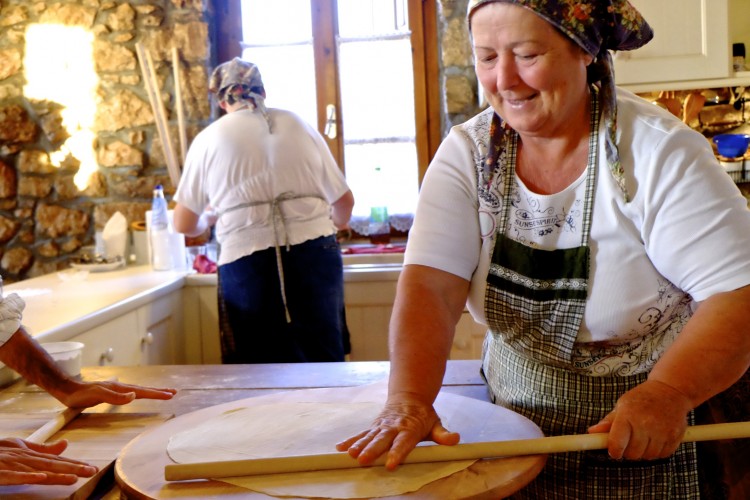