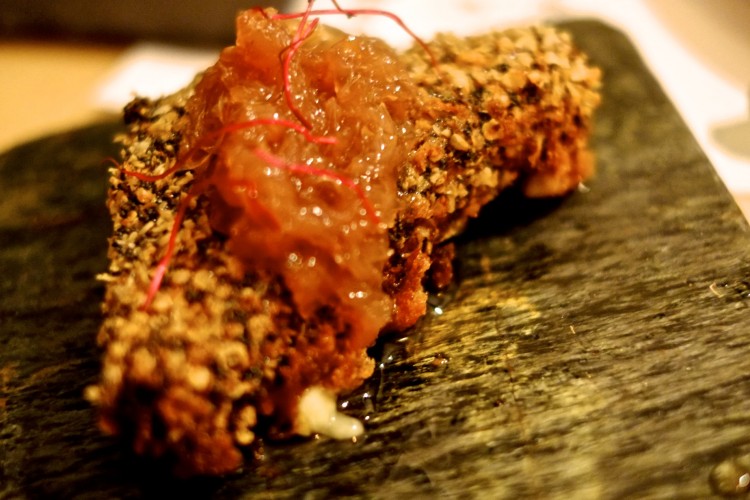 Ergon is a new restaurant in London’s rather swanky north of Oxford Street area known as Marylebone.  A successful chain in Greece this is their first adventure beyond Hellenic shores.  It is decked out in a modern deconstructed style with wooden tables and a hustle and bustle that many eateries would die for.  It’s new and it’s busy with groups of people and the odd solo diner happy with their own thoughts. 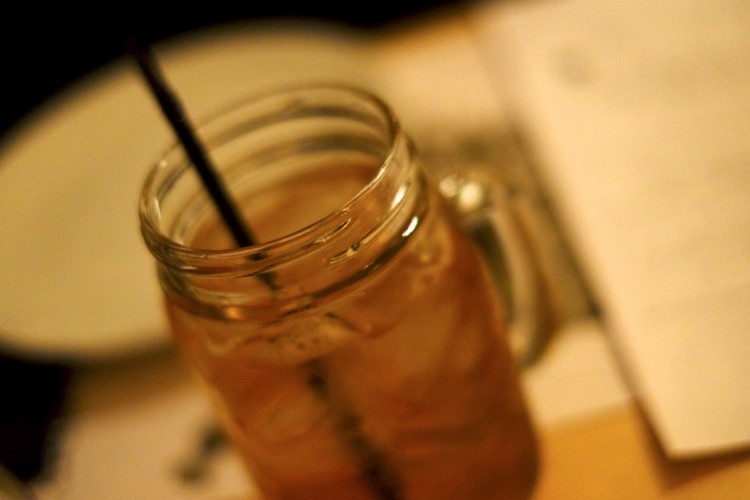 Under the word Ergon on the menu is a simple statement ‘Food tastes better shared’ what a good philosophy this is.  Sometimes the obvious has to be pointed out.  I went with M to check this new hybrid.  It’s a deli downstairs selling all number of quality Greek produce and a restaurant upstairs.  All the food served uses their products so if you like what you’ve eaten upstairs you can buy it downstairs. 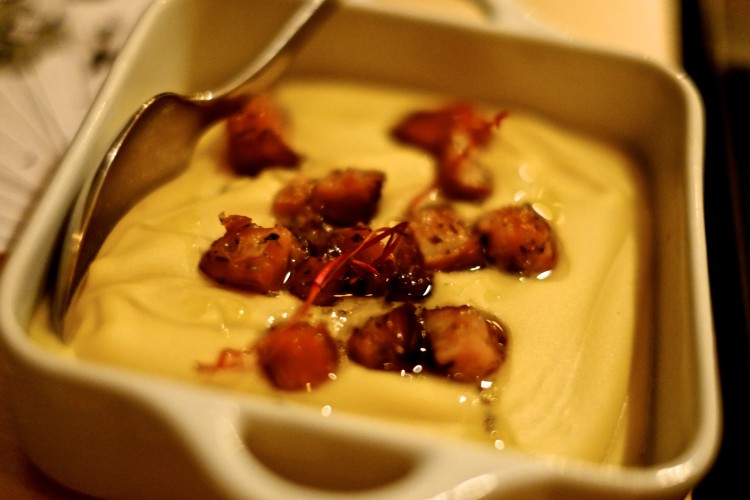 The word ‘ergon’ according to the dictionary is a term used in physics meaning ‘Work, measured in terms of the quantity of heat to which it is equivalent’ It is also associated with Aristotle and his teachings of ethics.  Meanings have relevance here, there is certainly a philosophy to share and also they have the heat of the oven producing food to the ‘quantity of heat’.  I suggest it could also have a new meaning, somewhere cool to hang out. 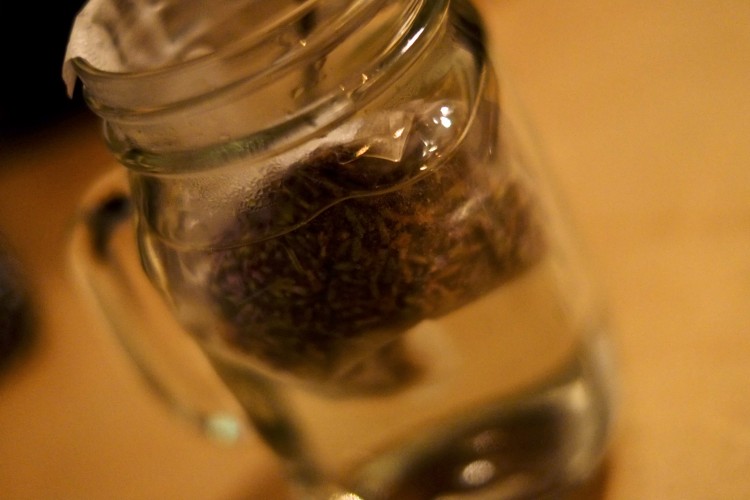 It is an unusual menu for a Greek restaurant in that it didn’t have any kebabs, stifado or spanakopita, the norm on most Greek menus.  It does however have a spreads section where we chose an excellent fava bean pure with small bits of cured pork with various breads.  Then moved onto Gruyere from Naxos, which had been rolled in carob flour, oat flakes, poppy seeds and served with rose petals in syrup.  This was a revelation, sweet and savoury all rolled up in sticky syrup.  They were very good and we could easily have eaten more.  We both enjoyed a slate plate covered in fresh calamari as well. 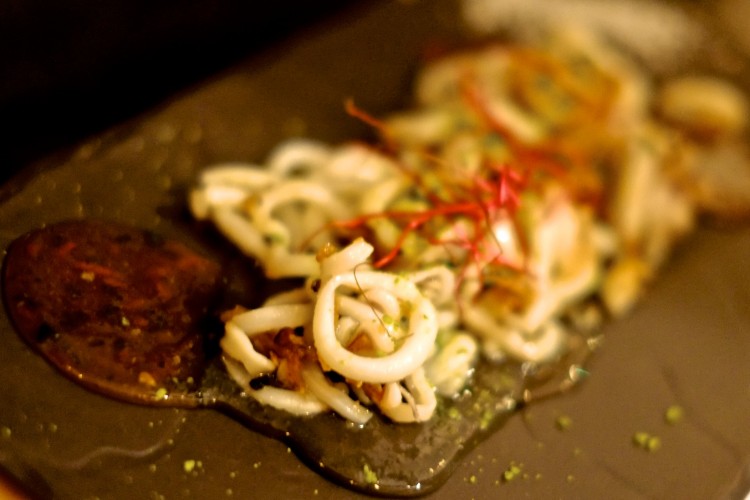 The drinks were a mixed bag.  I had a light Agiorgitiko Gaia red which went down well with the food and would also make a perfect companion with nibbles and a friend sitting on stools at one of the raised tables.  M on the other hand had two drinks neither of which she liked.  The first was strawberry homemade syrup it tasted more like a very week root beer, not for her at all.  Next up was a curiosity, lavender tea.  This sounded intriguing but ultimately was undrinkable for M, as it tasted, as lavender smells but stronger.  This was a personal thing, I’ve no idea if this is a traditional drink in Greece and we were being London Philistines. 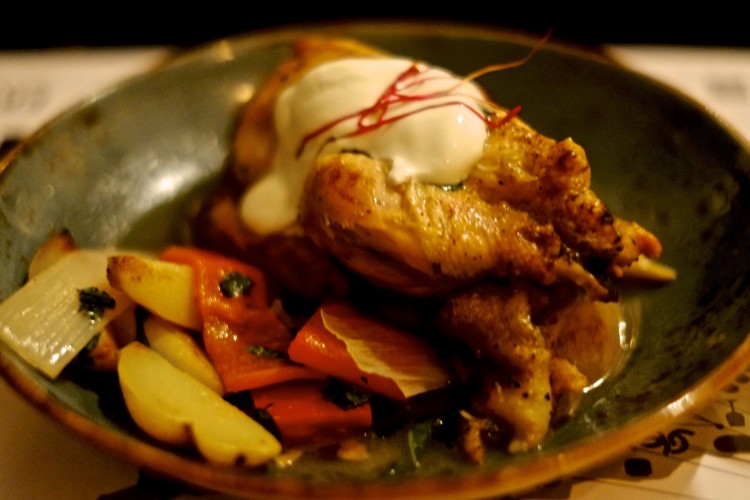 For a main I chose slow cooked lemon lamb joint with marjoram.  It arrived on a wooden board and was accompanied by a bowl of Greek pasta.  The lamb had been cooked for 12 hours and was tender, tasty and I ate it all.  M had half a county style chicken, which had been marinated in yoghurt with red saffron and winter vegetables.  The chicken was soft and easy to pull from the bones and the warming vegetables welcome on another cold winter’s evening in London.  These were two good dishes that sat on the rustic more than fine dinning side of food but non the worse for it. 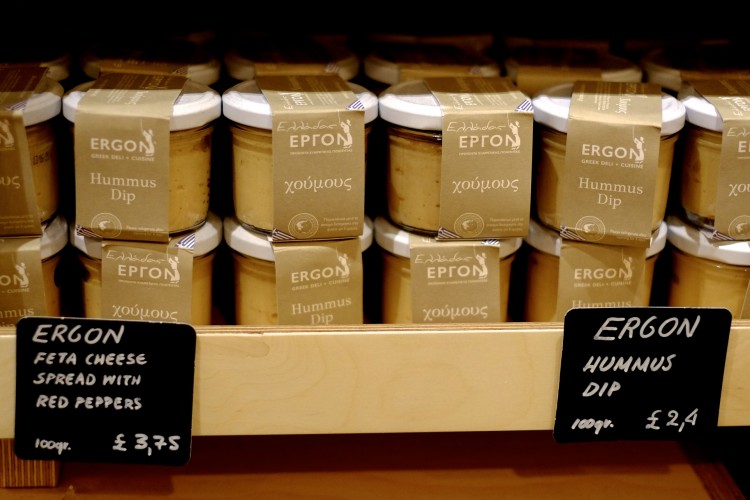 Ergon’s idea is to present traditional tastes and ideas in a more modern way and to a large extent it succeeds.  There were plenty of people around us who were clearly visiting as regular customers and sharing the many starters with their companions.  This type of food is ideal for this, very Mediterranean and makes you mindful of warmer weather. 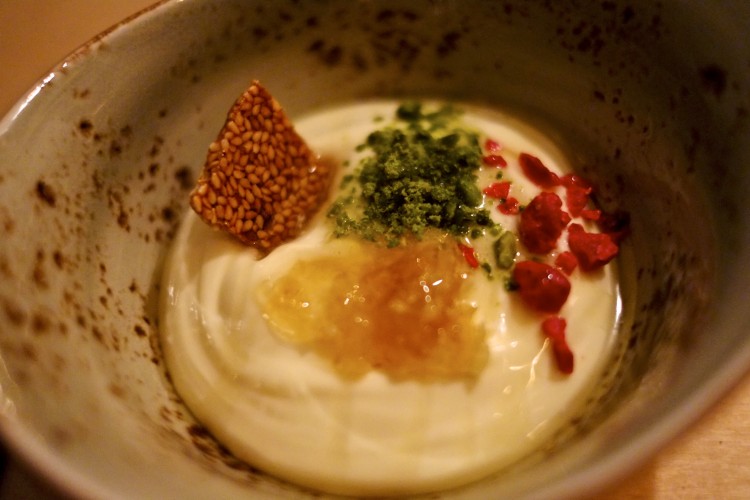 Our desserts (they only have three to choose from) had the ring of favourites already.  My Greek yoghurt mousse with wonderfully gooey honeycomb was tart and sweet, an absolute hit, a very good end to a meal, I thoroughly recommend it.  M chose (as is her way) a challenge, a giant layered cake of baklavas with a sweet nutty syrup (they like their syrups here) and a kind of nutty chocolate filling, imagine Nutella but more so.  M was defeated not through dislike but because she had bitten off more than she could chew.  A great dessert to share I think. 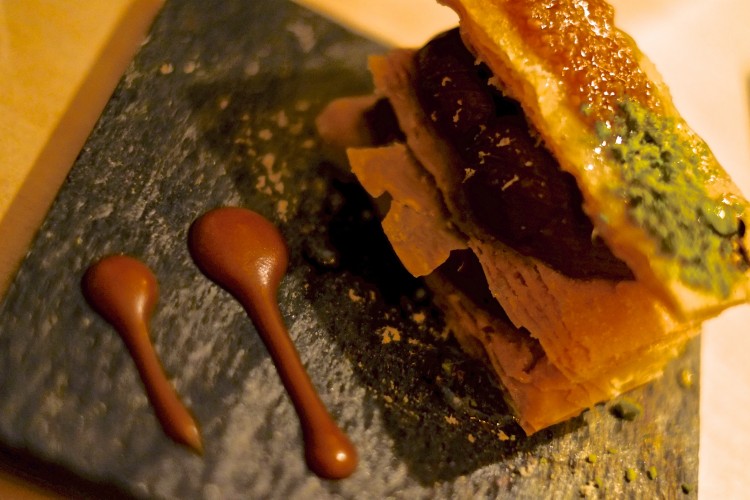 Ergon is a lively place with a lot to offer the casual diner and shopper alike.  We enjoyed the food and the atmosphere and were well looked after by an ever-beaming Grigorus (who has worked in the Greek branches as well).  The service was prompt, friendly and helpful.  Maybe the homespun drinks aren’t what they might have been but I enjoyed the wine.  The big question philosophically speaking as a critic is would I return?  Yes, it’s a good place to get lost in ones own thoughts and enjoy honest food with a modern twist. 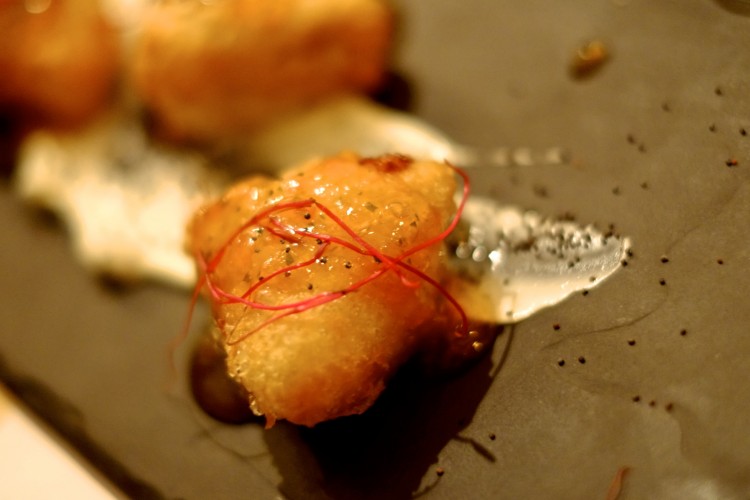