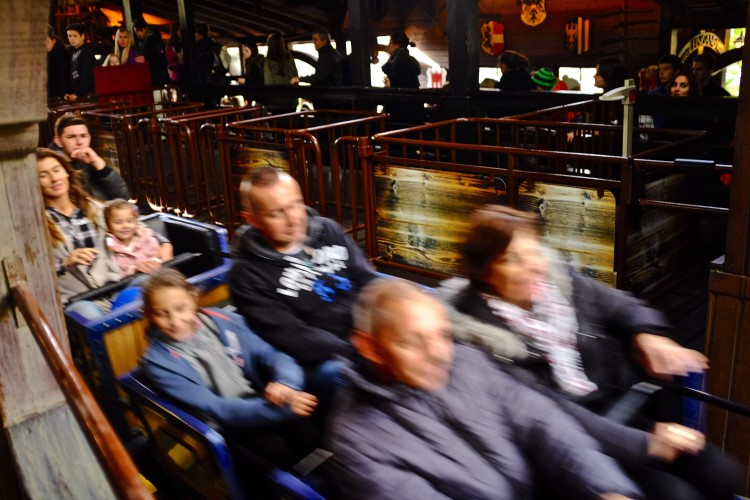 The first thing to say about Europa-Park is that it’s huge, some 130 hectares in all. With around 5 million visitors a year this place is one of the most visited tourist spots in Europe. For around €37 a day you can have an awful lot of fun with over 100 rides and attractions to keep your kids (and you!) busy. They also do family tickets and life long deals as well. Oh, and if it’s your birthday and you’re 12 years or under then you go free! 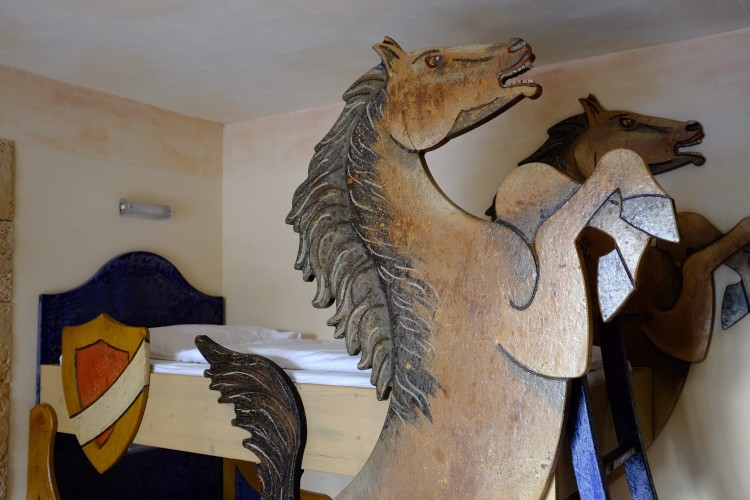 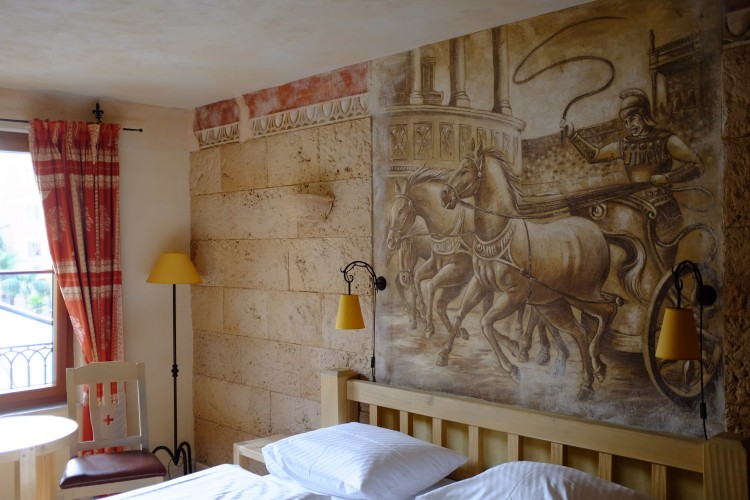 We were only going for a couple of days and had a very early start so decided to sleep at the Hamilton Hotel at Gatwick Airport the night before. This was a great idea that I recommend to anyone with kids and an early start. Big comfortable family room and breakfast all sorted out for you then you just go through a magic door and you’re in the departure lounge. Brilliant planning. Cheap tickets from low cost airlines make this a really viable option for a weekend away even mid-term. 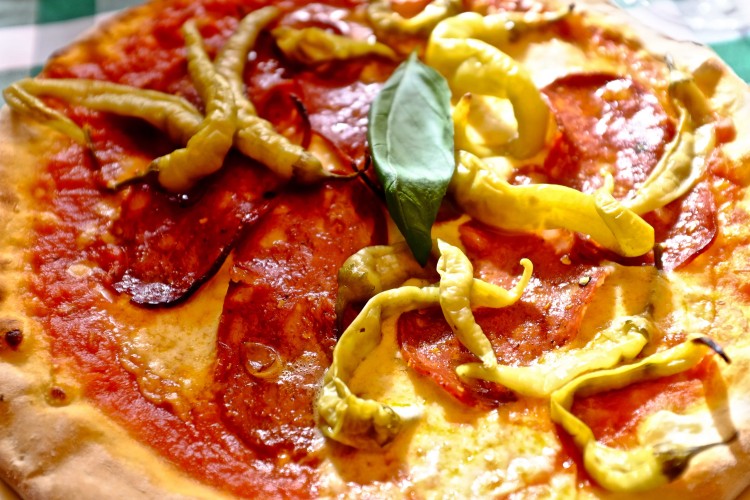 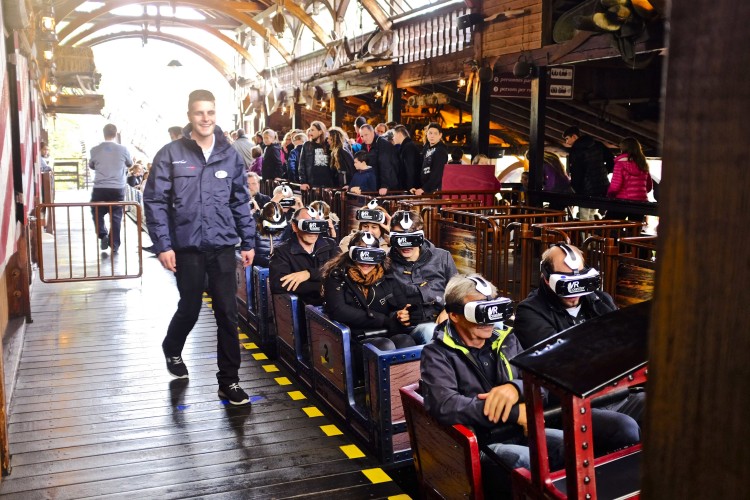 There are national themes running through the park, so you have areas dedicated to Russia, Germany (obviously), Spain, Portugal, France, Austria, Greece, Switzerland, Italy, England, Scandinavia, even Iceland gets a look in and the hotels follow suite. They also have a Children’s World and Adventure Land. We were in Hotel Colosseo as you might imagine it was homage to all things Roman. In our family room we had a large double bed and bunk beds that were shaped like a Roman chariot. An ample bathroom completed the picture. There are bigger and smaller rooms and even interconnecting suites for larger groups available. 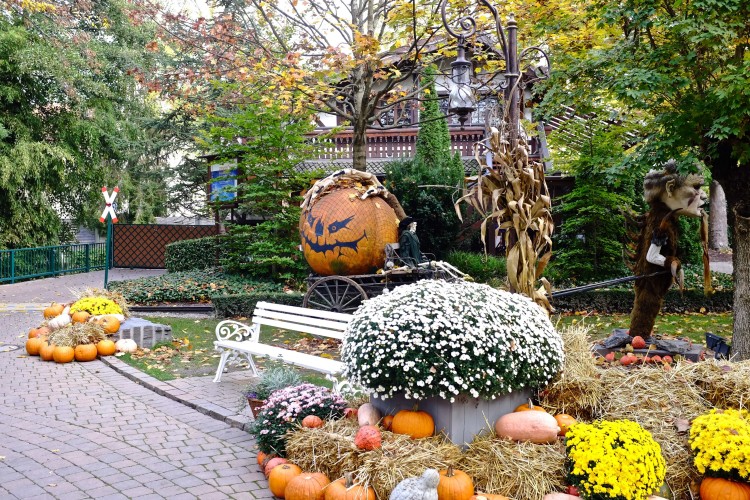 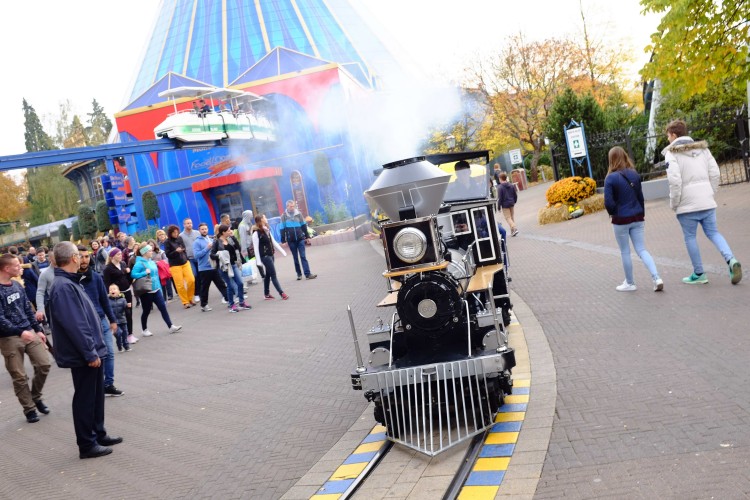 The park is very well laid out with fantastic attention to detail. Our visit coincided with Halloween week so everywhere there were pumpkins. I asked Ines Muller, who has been a guide there for over 10 years how many there were “180,000” she replied “And 20,000 apples as well” with a big smile on her face. It was just a small example of how well run this place is. The staff were fantastic and knew all the answers. The effect of the pumpkins was like walking around in a ‘friendly’ horror movie. Everything had been considered and the children loved it. 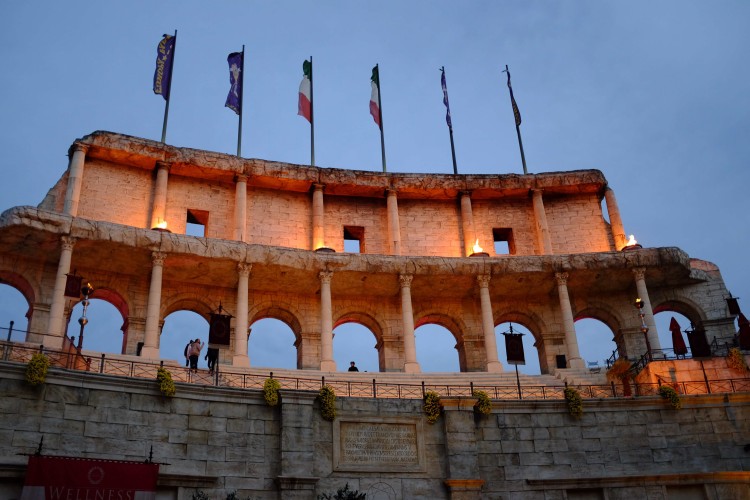 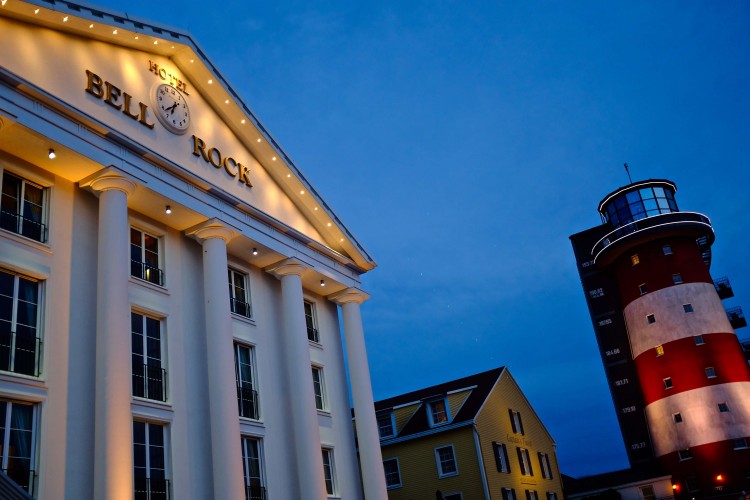 We walked around the park for a familiarisation session (very wise) and realised that as the ‘characters’ were all new (i.e. didn’t have big black ears or goofy teeth) they grabbed our attention. With few exceptions the price you pay gets you on most rides (a couple have an extra charge for Ocular Rift type glasses) so apart from food and drink you’re good to go all day (and into the night). 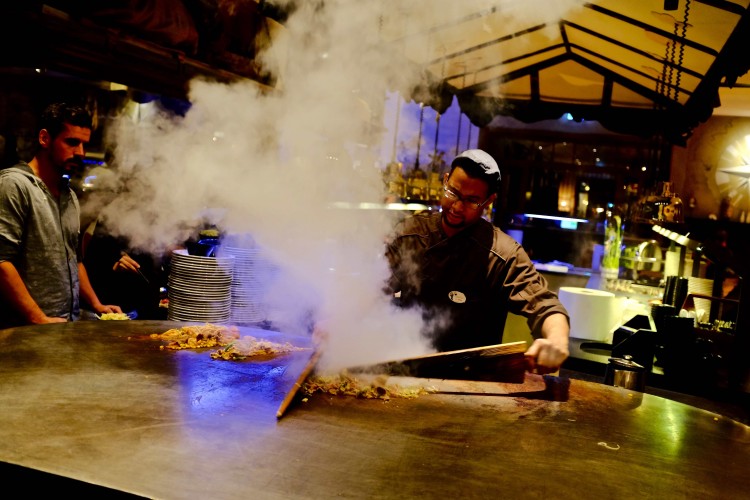 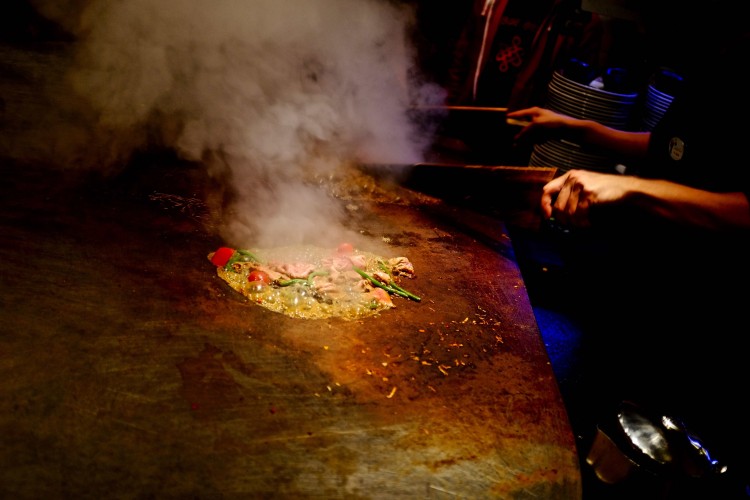 The kids were really keen to get on some of the rides, so were we. The consensus was for the Alpine Express VR Ride, a rollercoaster ride with an enhancement, virtual reality goggles. So get your head around this world first ride, you sit on a ‘conventional’ rollercoaster and put the virtual reality goggles on. The ride starts as do the images in the goggles with a perfectly timed journey you fly into another world on the back of a dragon while experiencing the rush of wind in your face and the twists and turns of a real ride, because it is! This is a brilliant concept that works a treat. The kids loved it, we loved it and we don’t really ‘do’ rides. 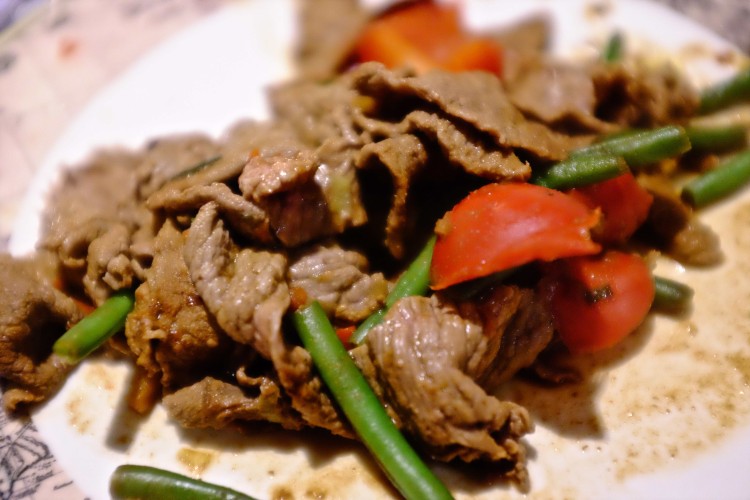 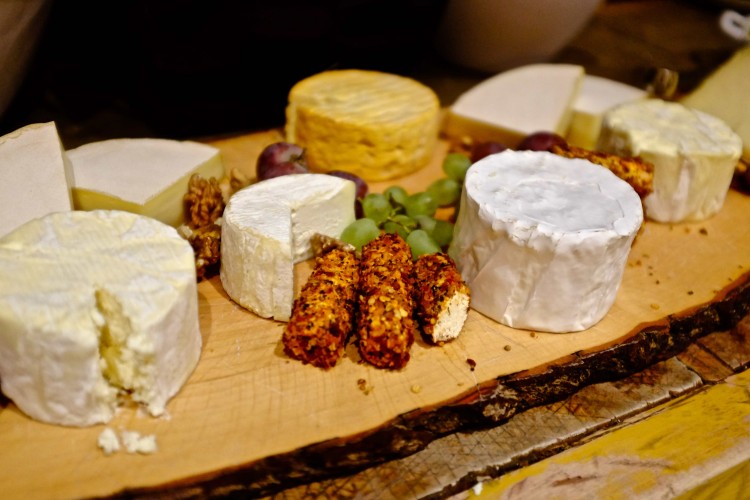 Inspired by the movie trilogy Arthur the next ride swept us around the interior of a large building then without warning we were flown outside. Hanging from a basket we were taken through a magical kingdom of toadstools and elves with mist and fire aplenty. This was an easy ride for all the family to enjoy. 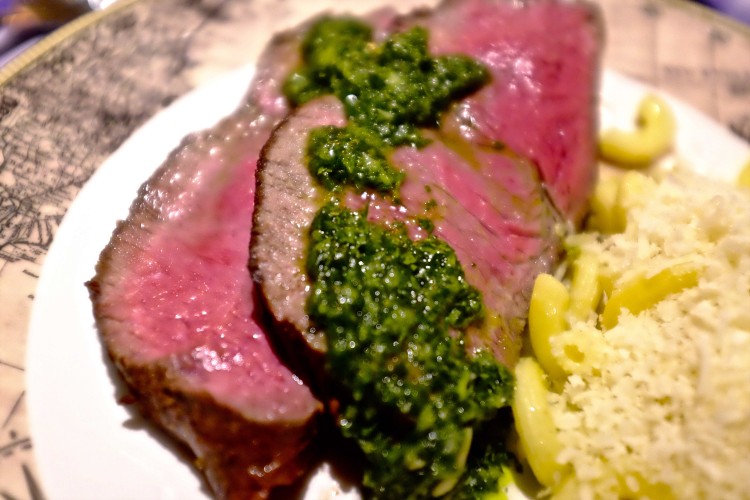 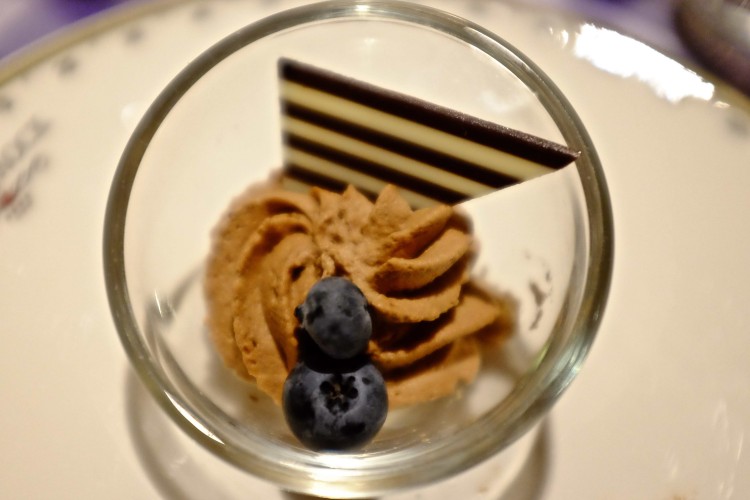 We covered another clutch of ride experiences before just letting the kids go and do their own thing. The last one I went on had handgrips, which measured your heart rate! It was very easy to let go of the children as the park is completely safe and everywhere you looked a member of staff on hand. 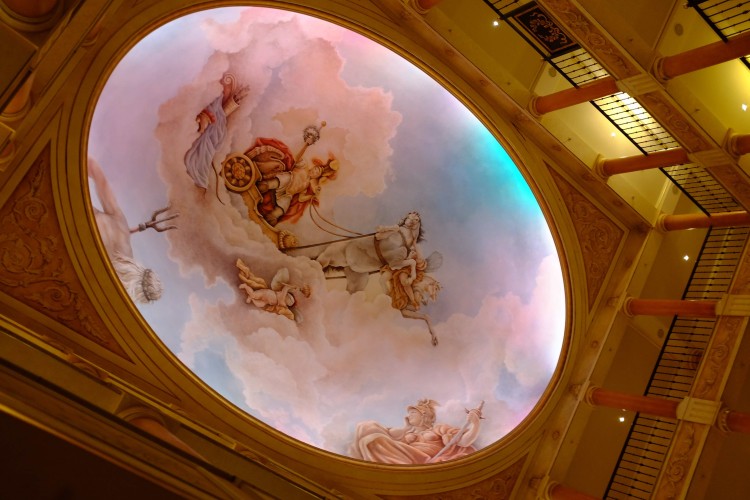 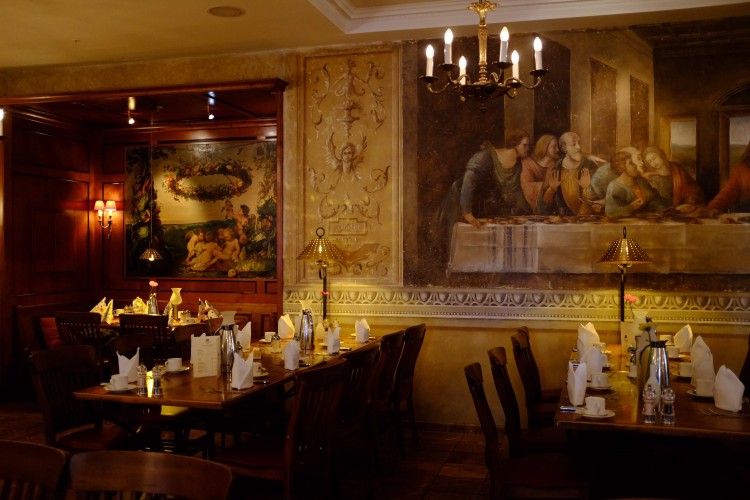 We did unite for the Arena of Football. It’s another brilliant concept where you have a regular bumper car-ride with a giant rubber ball bouncing around between the cars. You can try to play a kind of ball game but the whole thing is just one big laugh to be honest, simple but hours of fun. 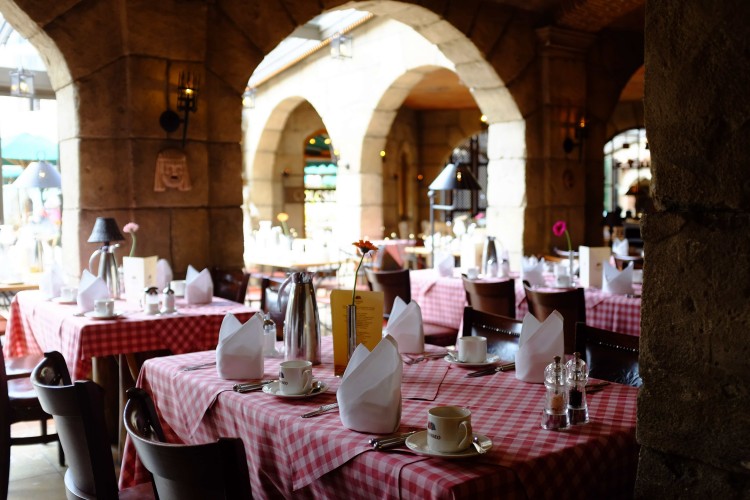 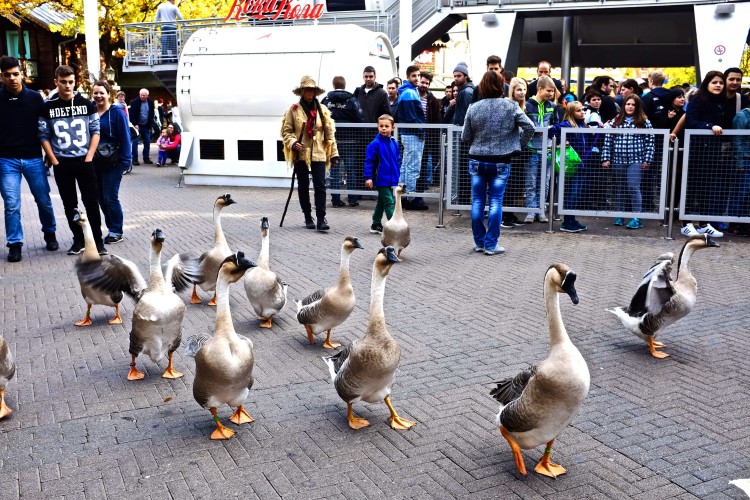 The food options are plentiful and very good. There is a Michelin starred restaurant in the park if that’s the way you’d like to go or many stalls selling snacks and fast food. But the majority of pleasure seekers choose one of the big eateries in the hotels. We checked out a couple of these. Both were great. 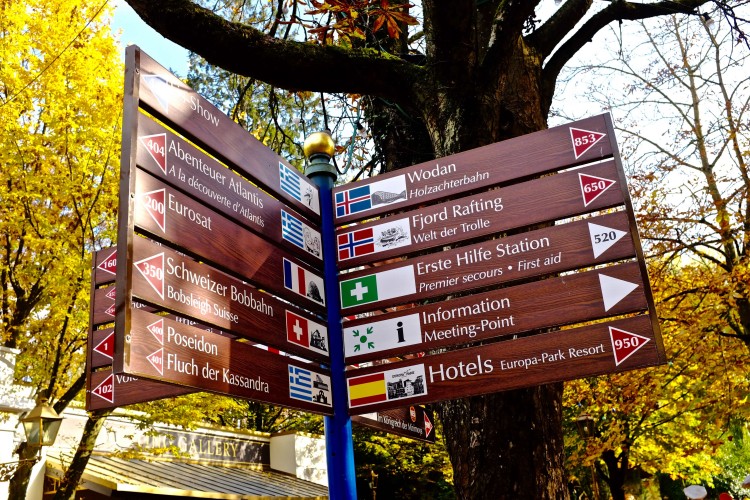 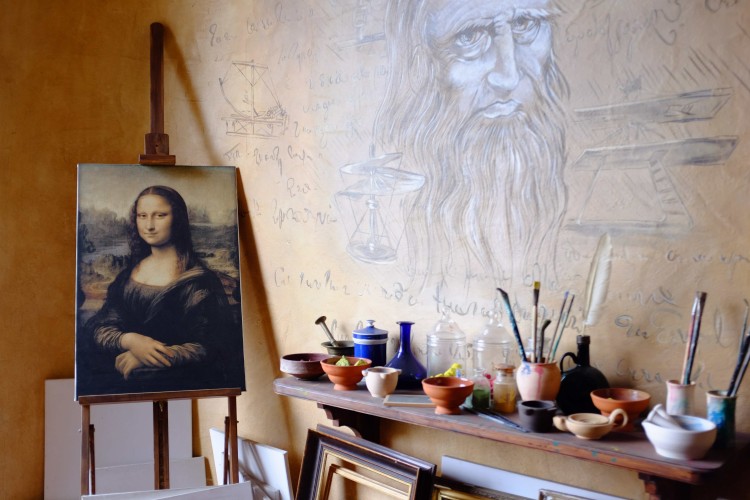 The Bell Rock Harbour Side is a New England looking interior, think Jaws but without the shark. Offering a multitude of cuisines I’d go for the wok station at the drop of a hat. You select what you want to eat from meat and vegetables and hand it over to the chef. It’s then cooked on a massive hotplate with panache, a crowd pleaser and appetite satisfier to boot. Kids can go the low-level burger station and make their own concoction as they see fit. It’s very well planned and works on a buffet system so you pay once and help yourself. 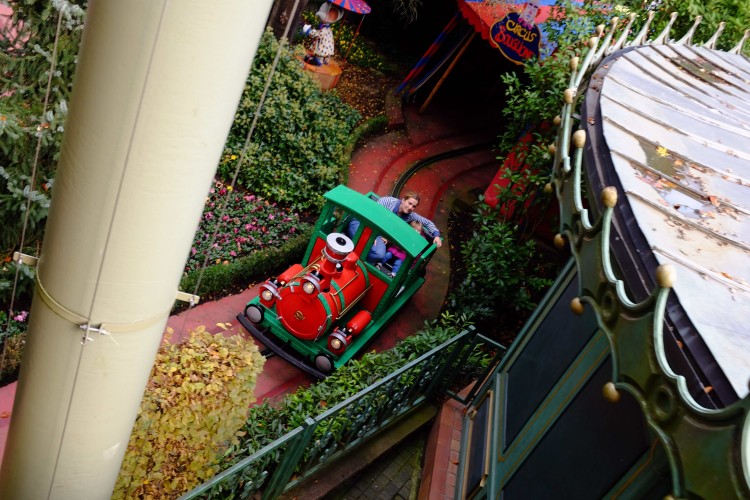 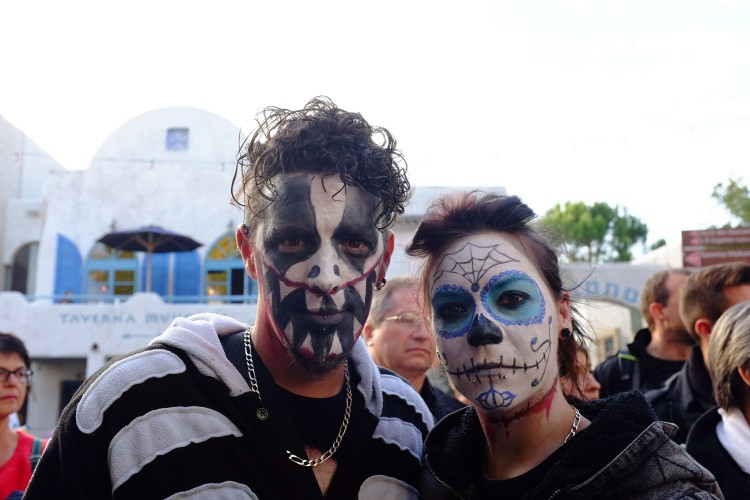 If you fancy having a break from all the hubbub of the park why not see a show? We watched a really entertaining high energy ‘Halloween’ special on ice with lots of dancing and music. It’s just the ticket to give your feet a rest. The Dome of Dreams, a planetarium was also a big hit with the kids (and adults). The history of the world (and space) moves across the dome of the building while you lie down on great big cushions or beanbags and enjoy the show. 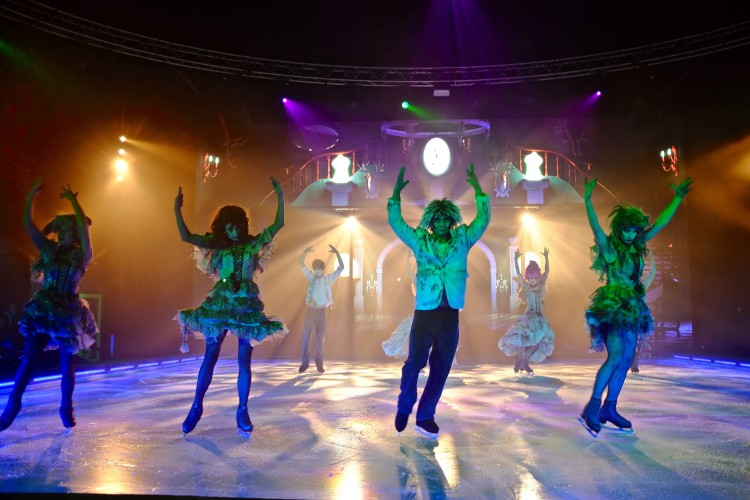 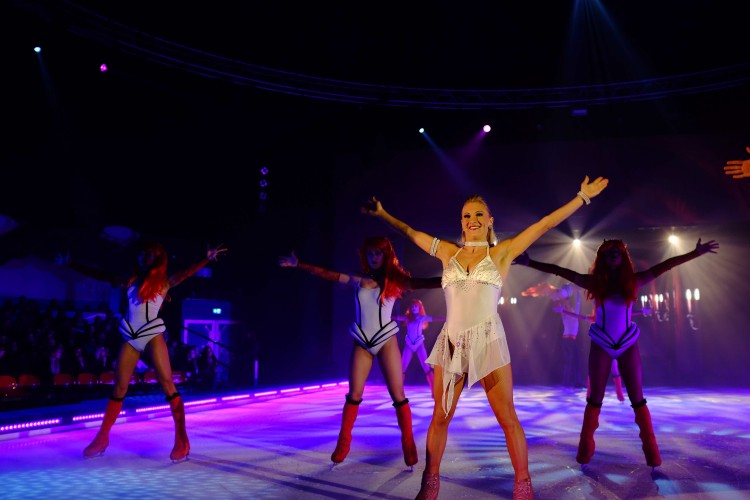 Dinner was at Castillo a Spanish restaurant also offering a selection of international food for the less seasoned traveller. Again, a buffet selection with meat cooked to order on giant skewers with plenty of sides. Not only is the food good (they come round and top you up at your request) and the wine list was also impressive. It makes for a very relaxing evening knowing there will certainly be something on the menu the kids will like. 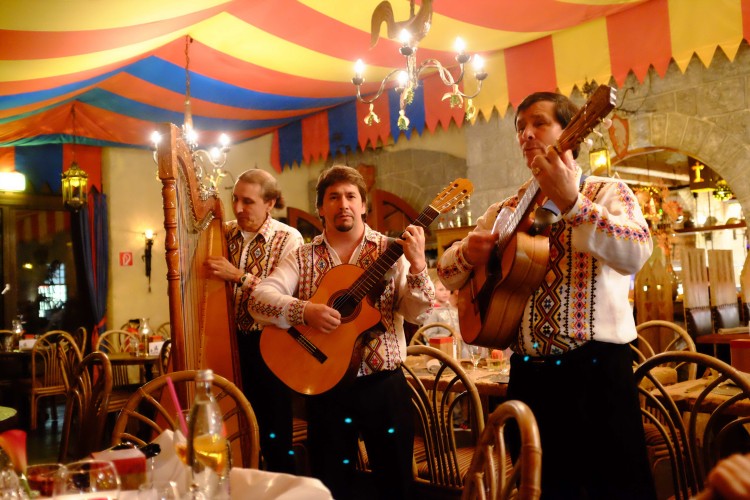 Before we left we had to have a go on a ride for all ages – a London bus! You climb aboard and go up and down for a while (I wonder if this is based on the speed bumps on London’s roads?) This was more vigorous than expected and seemed rather realistic to us Londoners! The music playing was the chirpy jolly soundtrack found in those Margaret Rutherford films of the 1950’s when she played Miss Marple. This is another example of the level of detail in Europa-Park (England zone, obviously). 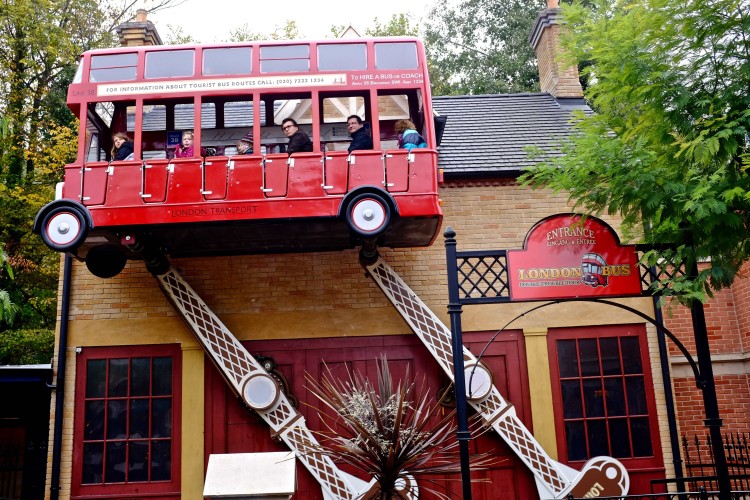 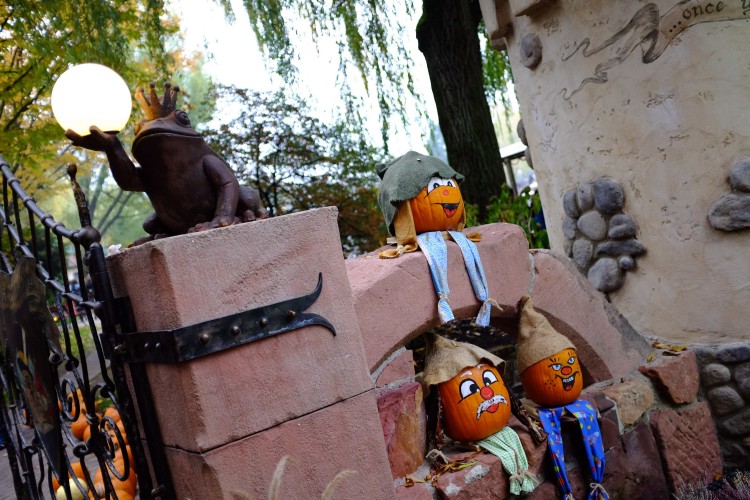 So after a couple of days and nights we had to say goodbye to the park and our hotel. We were all very sorry to leave as we had enjoyed ourselves so much. We barely covered half the attractions and rides (there are many more roller coaster and thrill rides than we tried) and so many more restaurants to check out next time. We can all recommend this place as a go-to solution for a mixed age family (kids are 10 and 16) and a mum and dad not really used to this sort of thing! Bravo Europa-Park for keeping us entertained.

You can book tickets and accommodation though the website below.