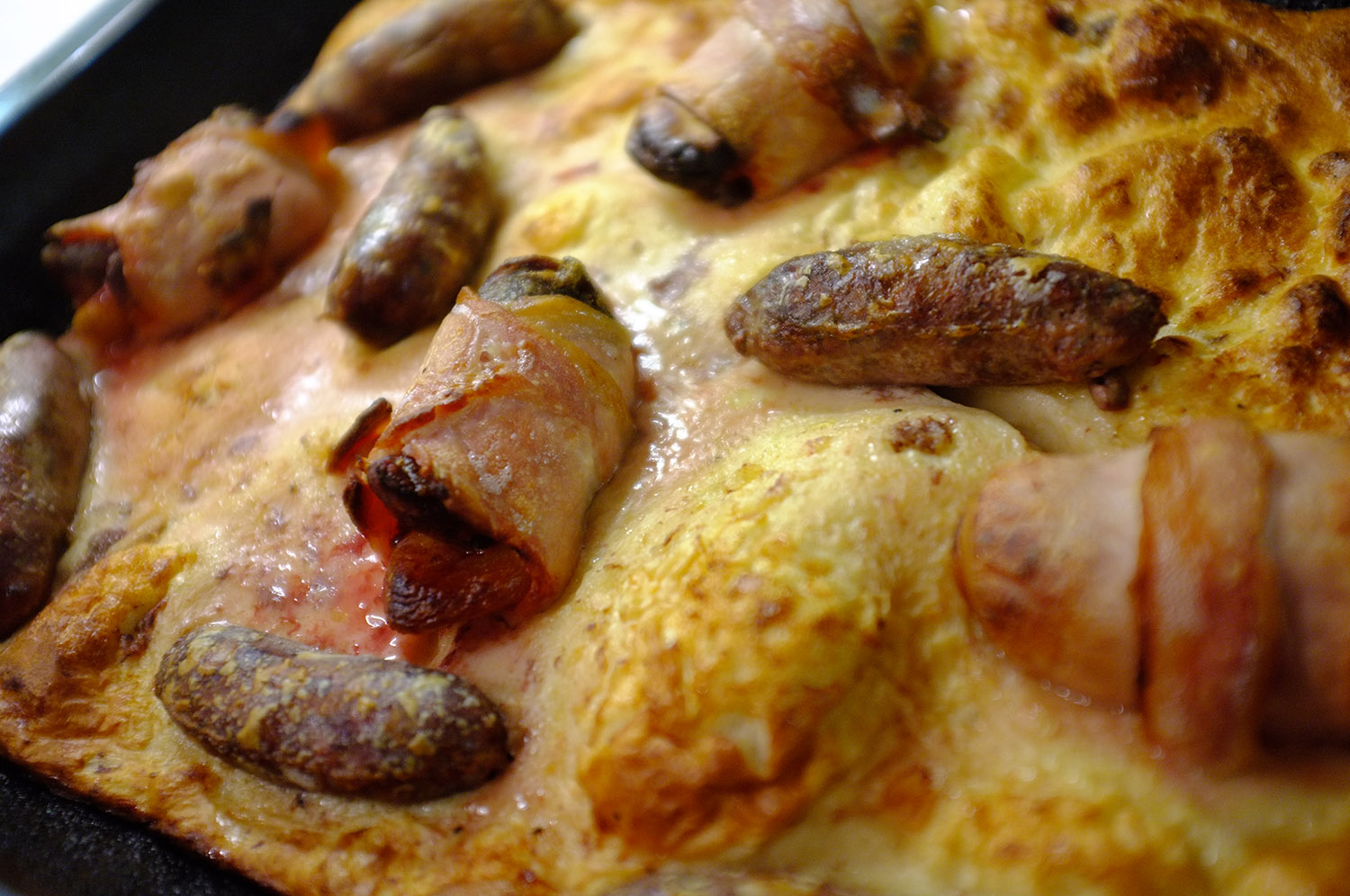 Here is a splendid recipe inspired by Hugh Fearnley-Whittingstall’s Flying Toad in the Hole with a slight variation involving venison and apricots.  It really should be called Game in the Hole.  The weather now knocking at the door is telling our bodies to tuck into something rich and hearty and just a little bit special.  So why not have a go at this recipe that packs a lot of punch and makes a great showcase dish for family and friends on Boxing Day.  You will need to find a good source of game, I used Field and Flower’s new ‘foragers wild game box’.  Based in Somerset all the meat is wild, sourced from local estates and game keepers.  The box contains one whole pheasant, two venison haunch steaks, six venison sausages and four pigeon breasts all for £22 + delivery.  From the box you’ll need the sausages and pigeon breasts (which leaves you a couple of meals left!).

A handful of dried apricots

Make the batter first by mixing with a whisk the milk and eggs together then the water, salt, pepper gently sieve in the flour getting as much air in as you can.  Then let it rest for a good half hour at room temperature.  It should be the consistency of single cream when it’s ready.

Place three or four apricots on the inside of each pigeon breast and wrap the bacon round tightly.  They should stay together when cooked but if you are feeling nervous then pin them with cocktail sticks

Heat a large oven proof dish (the one you use for roasting potatoes would be ideal) in the oven with some oil in a very hot oven for 10-15mins.

Place the sausages in dish and cook for five to ten minutes just to start them off.  Then add the bacon wrapped pigeon breasts with apricots.  Return to the oven and let them brown for a few minutes.  Now remove from the oven and space evenly.  Pour the batter all over and around them.  The oil should be really hot at this point.  Quickly return to the oven for about fifteen minutes or until golden brown.  Be careful not to over cook.  When ready remove from oven and let rest loosely covered in foil for a moment to let the meat relax a little.  Then serve with onion gravy and something green like peas or spinach.  To find out more about the meat suppliers go to: