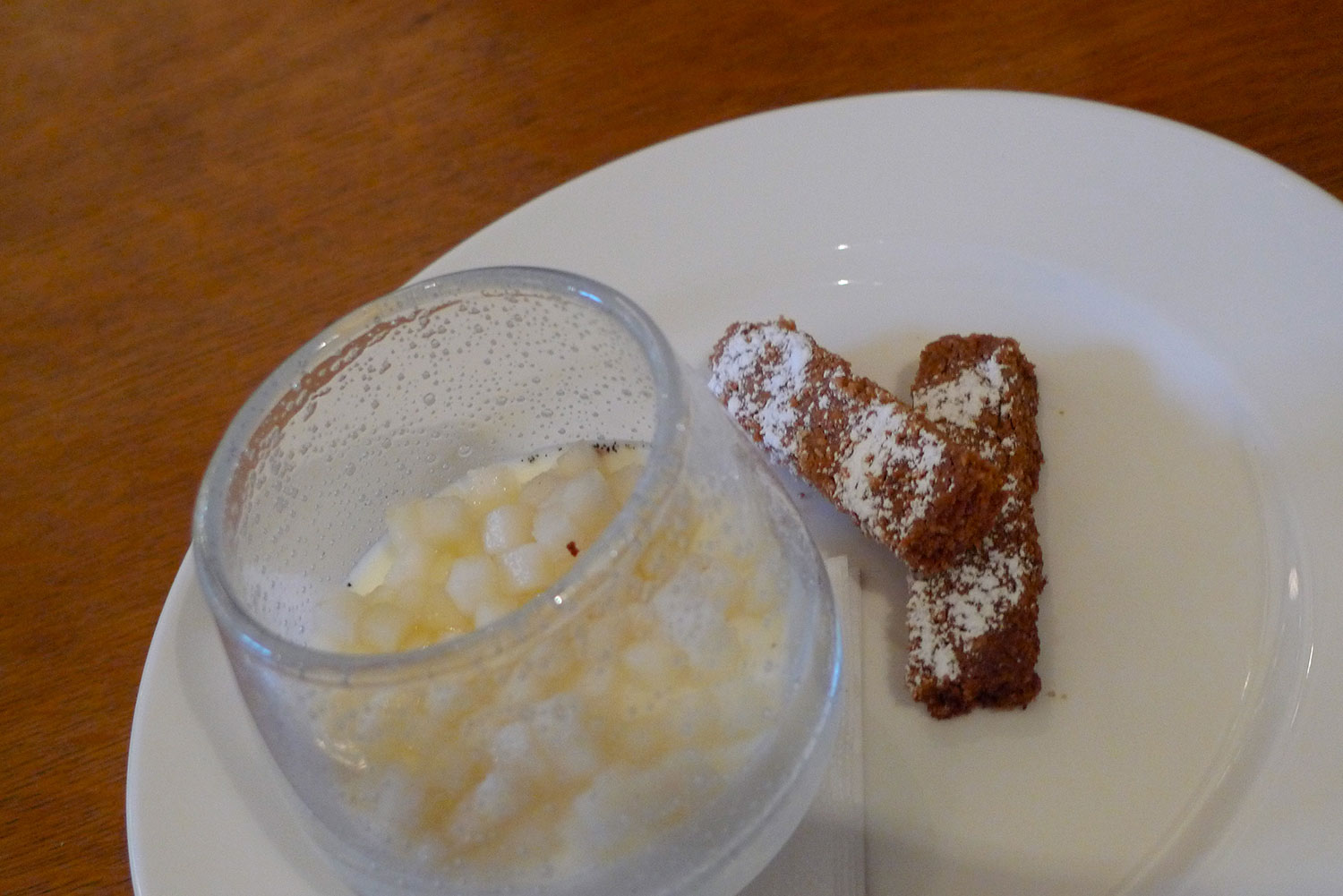 When you have a team that created Hibiscus – a 2* Michelin restaurant which successfully moved from Shropshire to London expectations are bound to be high.  The Fox and Grapes until recently was a local pub.  After a four-month refit it has been transformed into a fantastic bright, busy restaurant and bar.  Very assured staff and full of customers it seems like it has been there forever.  I think this is because of the excellent reputation of brothers Claude and Cedric Bosi the chef and manager respectively.  The food is an ambitious mixture of high-end classics and the unusual.  Some worked more successfully than others.  I didn’t particularly enjoy the Leek and Potato Soup (£6) as it was strangely bitter and too runny for my liking. We had a Sunday menu, which is a cut down of the weekday variety (which was a shame as I really wanted to try the Herefordshire Snail Lasagne!)  The highs for me were Confit of Lamb Shoulder with Fresh Mint and Chilli, which was simply outstanding.  A pure indulgence of lush smooth rich lamb that just fell apart when touched with a fork.  The mild Chilli enhanced this wonderfully and left a tasty glow in the mouth.  At £14.50 with side vegetables I thought this was superb.  Hake with a Beer Batter, Chips and Mushy peas was very fresh and had the lightest of batters that gave it a dignity never afforded by something wrapped in newspaper.  Provided on a plate for £13.50.  My Vanilla and Pear Junket with Cinnamon Shortbread (£6) was very appealing, the texture of the shortbread was a perfect foil to the soft sweet velvety Junket.  But the absolute star was a bar snack – A Scotch Egg no less.  Just simply sublime – I could have eaten half a dozen of these gorgeous light crispy concoctions.  A soft egg with spiced outer and bread crumbs that actually crunched in my mouth.  Go to The Fox and Grapes it’s good and I think it will only get better.