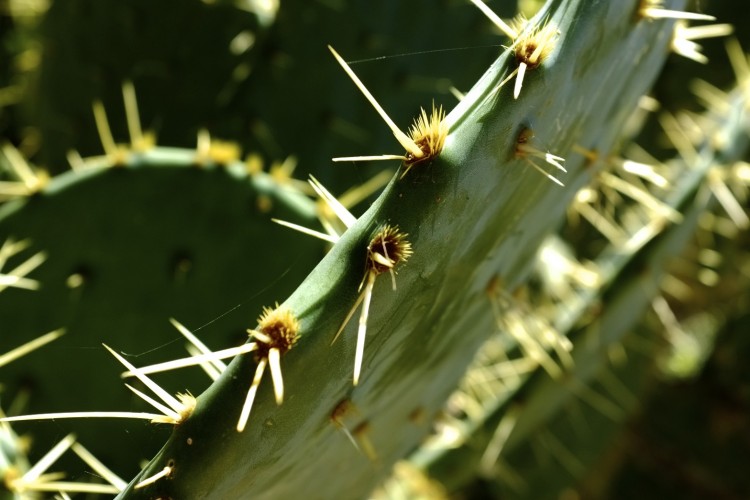 In Search of Mr. Bojangles:

A journey through Texas

Searching for anything elusive is always going to be hard. Searching for something that has been mythologised even musically canonised by so many greats is near impossible.  This is my story of how I tried to find the real Mr. Bojangles. 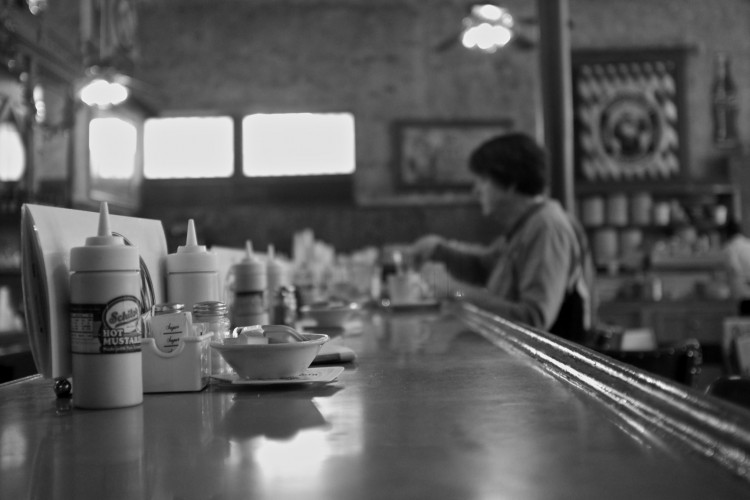 I’m not sure where my love of this song really came from, but I know that it came from somewhere deep inside me.  I don’t even know when I first heard it, maybe 25, 35 or even 45 years ago?  There are two versions that ‘do’ it for me.   Nina Simone’s sad mournful rendition and Sammy Davis Junior’s equally soulful. Both are superb but Sammy’s tells the story like it is, like he has lived it.  If you watch him perform the song he relishes the chance to sing it one more time.  It seems to come from his soul, maybe it did, or maybe that’s the difference between people who can sing and the rest of the world who think they can? 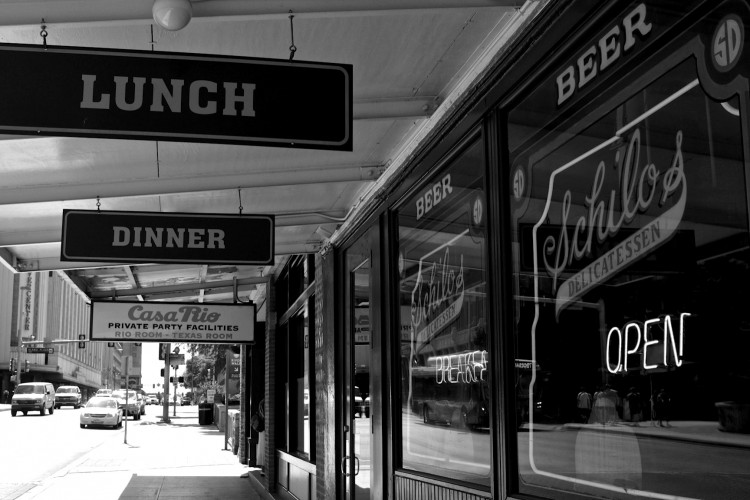 I travelled to Houston, Texas with United Airlines and then drove to San Antonio.  Why not New Orleans?  The country singer songwriter who composed Mr Bojangles has traversed the USA with his music but settled in Austin, Texas.  The song follows a story told to its author when he was sitting in a jail on drunk and disorderly charges in New Orleans.  For me the truth of this song would not be found where it was set but where the emotion stemmed from.

“I met him in a cell in New Orleans, I was

so down and out” 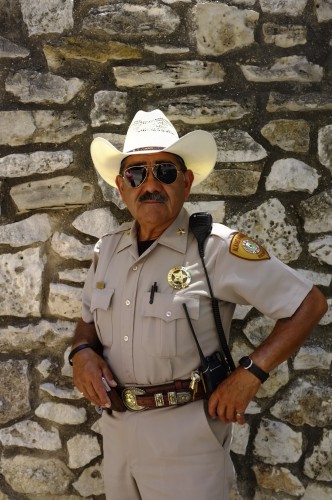 ‘Mr. Bojangles’ started to talk to his fellow cellmates and the mood became depressed when he told of his grief for a dog he once owned now dead.  Somebody asked him to talk of something else.

“He jumped up high, oh so high and 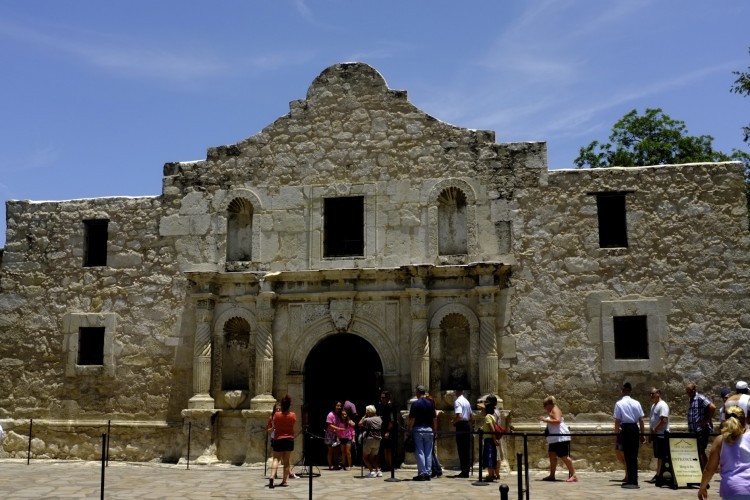 ‘Mr Bojangles’ proceeded to tap dance for his fellow inmates to lighten the mood.  The song was written by Jerry Jeff Walker in 1968, he regularly performs it at an annual event in Austin, Texas.

“But most of the time I spend behind these county bars.

He said, you see son I drinks a bit” 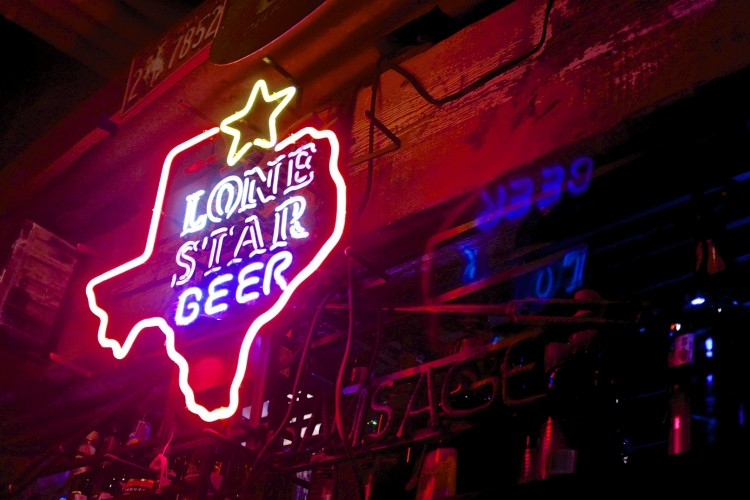 Sitting in a German Deli called Schilo’s in San Antonio eating eggs over easy with potato pancakes, they have been in business since 1917 and on this site since 1942. I would like to imagine Jerry Jeff Walker has sat here in one of the well-used barstools.  It’s quite a local landmark and has remained untouched inside.  Bare plaster walls, wood panelled booths, mosaic tiled floor a long bar at one end with seats that were new when they moved in but now show the patina of life and the most charming staff in Texas. I’m listening to other diners and their stories, tales we all know and experiences we have all had. The bar tender that once looked after 600 head of cattle but now earns his bucks serving drinks.  I asked him did he miss that life “Hell yes, best job in the world, hard mind but nothing beats the outdoors”.  Maybe the sad lament of Mr Bojangles is in us all? 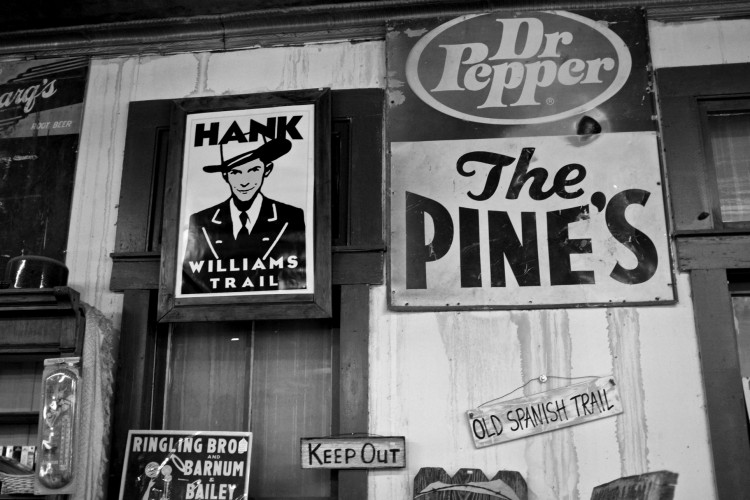 after twenty years he still grieved” 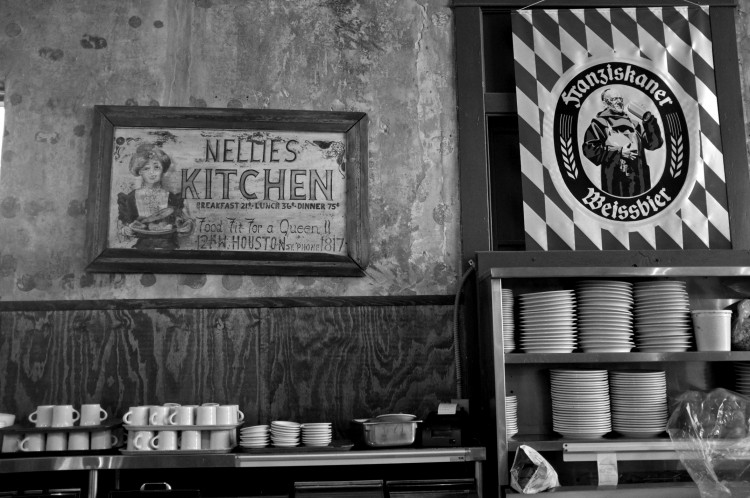 The loss of youth, a favoured pet, toy or book, whatever it was that was really important to you right there and then that has since gone.  Is that what the song is about?  Something unhappy happens in your life, something changes and will never be the same, known only to you.  And you tell the story to somebody else and they feel your pain and help you to move on. 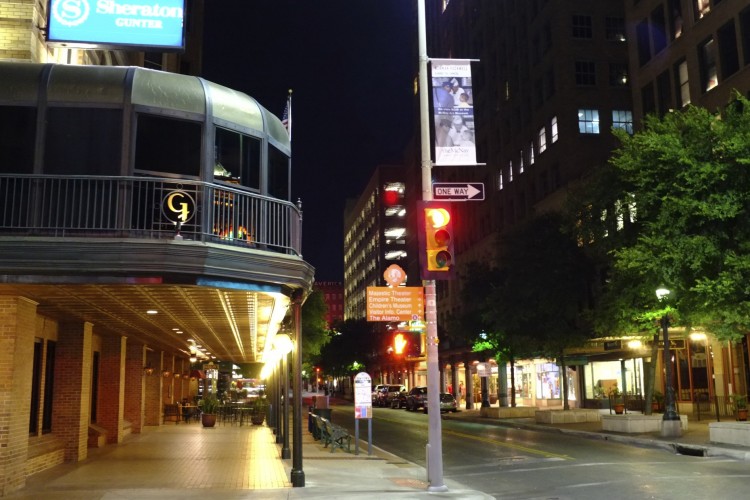 Mr Bojangles performed for drinks and small change in bars all his life could somehow never move on completely.

” He said, I dance now at every chance in Honky Tonks

for drinks and tips”

Seems he had the clothes he stood up in and led a simple life, one of need and provision.  Something to learn from I feel.

“With silver hair, a ragged shirt and baggy pants,

This song like other country greats is simple but can conjure a tsunami of emotions in one lyrical phrase or chord change.  The beauty of such songs is we can all relate to them.  Theirs is not the world of fantasy but heartfelt usually self experienced hardship of the human kind.  ‘Wichita Line Man’ by Jimmy Webb is another example of this emotional portrayal.  Who hasn’t listened to that song and not had a degree of emotional transference?  “I need you more than I love you and I love you for all time” I think the same is true of Mr Bojangles, there is a undeniable truth to the song which emits a knowing pain and at the same time beauty of release.  A kind of simplicity that is so complex, it works for many people on so many levels. 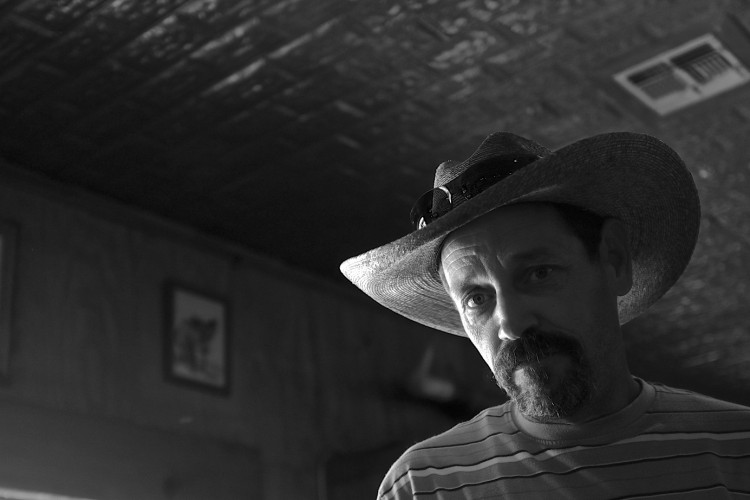 “He danced for those at minstrel shows and

county fairs though out  the South.” 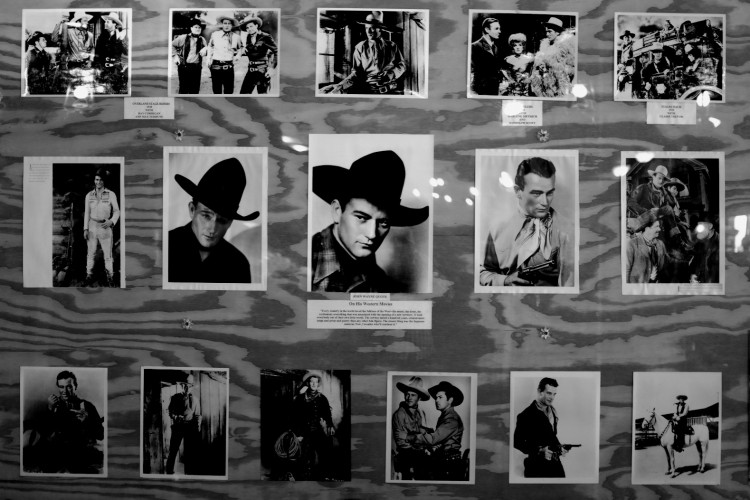 San Antonia is a city where you can tap into a real slice of American history, The Alamo.  The thirteen days the defenders held out against General Santa Anna’s army of Mexican soldiers that ended on the morning of 6th March 1836 with defeat for the Texans and Tejano volunteers was the turning point in the liberation of Texas.  It is a moving experience to visit the building where you know that amongst others Davy Crocket and Jim Bowie lost their lives.

“He looked at me to be the eyes of age, as he spoke right out.

He laughed, clicked heels instead”

The city has a canal; The River Walk, it meanders though the centre of Downtown it has become a hub of restaurants, cream parlours and even wedding ceremonies on a tiny heart shaped island.  A perfect place for that hot sun that beats down on you where ever you go in Texas.  It has great cooking, especially Mexican, superb cocktails, cold beer and a homely way that I’d like to think was part of what they were fighting for at The Alamo.  Flo, the waitress at Schilo’s was as kind as could be “Well you just have yourself a wonderful day y’all”.  It’s not just service they do well in Texas they are genuinely interested in who you are. ” You’re most welcome”. 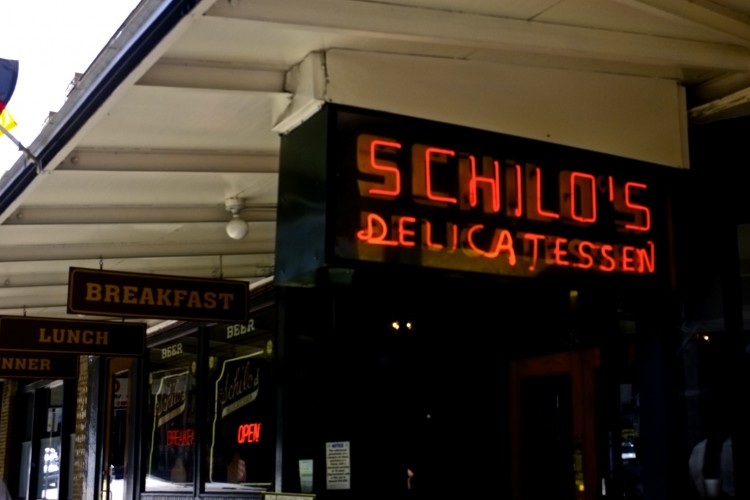 So am I any closer to my quest?  Yes and no.  I have travelled to Bandera, Texas and seen real cowboys who no longer have that dignity of riding the trail.  Felt the searing heat on the back of my neck.  Felt the dust dry my throat.  Felt that little town that was once great live off its wits and tourism.  It’s here you can sign up to a Dude Ranch and learn from these cowboys the tricks of their trade.  I have travelled to an old German settlement not far away that became Fredricksburg where life has treated them better, I had the same heat on my neck the same hot dust in my throat but here all you will find is expensive shops and bars, it seemed to lack soul.  Affluence is a fickle thing in the same way emotion is.  I am not suggesting for one moment that money will by you contentment, but on the face of things it can often tell you something.  The folks in Bandera were for my money happier, friendlier and honest though they seemed to have less.

On the plane was where my journey into the Texan psyche began.  As we left London the plane had many Texans on board and hospitality and good nature and generosity shone through from the off, one of them giving a fistful of Euros to my travelling companion as he would have no use for them.   In Texas you will see many things, meet some great people and maybe like me you might take away a greater understanding the human psyche.  I may not have found Mr Bojangles but I feel closer to him.