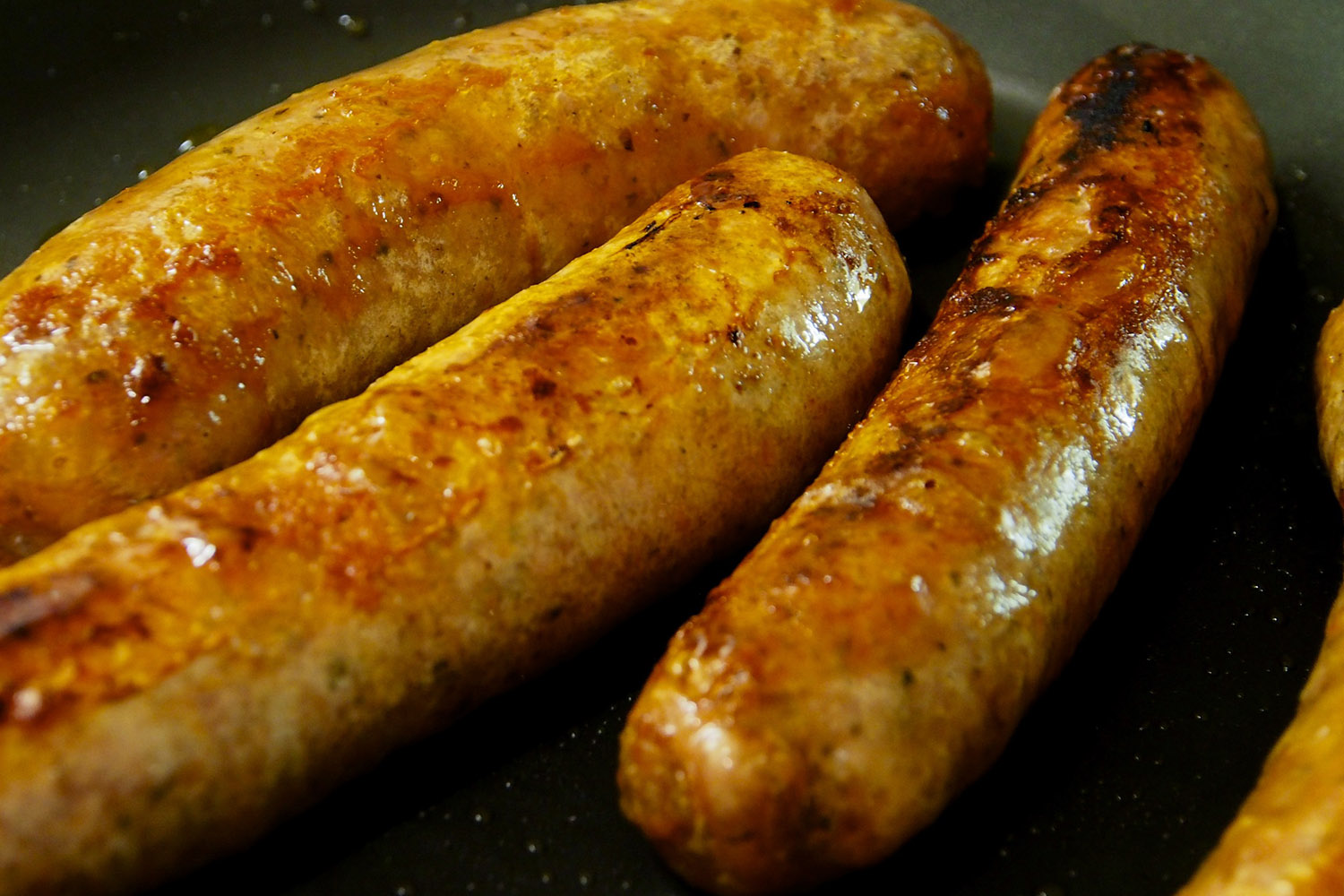 This week is British sausage week and what better way to celebrate than with a passionately made artisan brand like Kernow Sausages.  Based in Tragony on the Roseland peninsular in Cornwall they rear all their own pigs on the farm.  In fact they are very much a family run and owned business headed up by Gavin Roberts.  They are passionate about sausages and have a great variety on offer. In just five years of business they have made quite a reputation for themselves as well as winning numerous awards they are the ‘go to’ sausage for many local restaurants and hotels including the Michelin starred Driftwood Hotel in Portscatho and The Watergate Bay Hotel.  Ben Tunnicliffe a Michelin starred chef says “Gavin’s sheer dedication and passion for his craft is evident in the quality of sausages and bacon he produces … makes my life so much easier.

As well as honeyroast pork, Trelawney traditional pork, cracked black pepper and many other varieties there is my favourite, the Cornish Bratwurst, their take on the German classic which is a large sausage packed with a rich authentic taste.  The recipe is a closely guarded secret but the spices are certainly prominent.  I could taste ground coriander, rosemary, mustard and maybe cayenne pepper.

So, get your self some large baps a jar of sauerkraut and a dollop of mustard and enjoy a delicious Bratwurst!  While they concentrate their business in Cornwall the good news is they do sell on line.