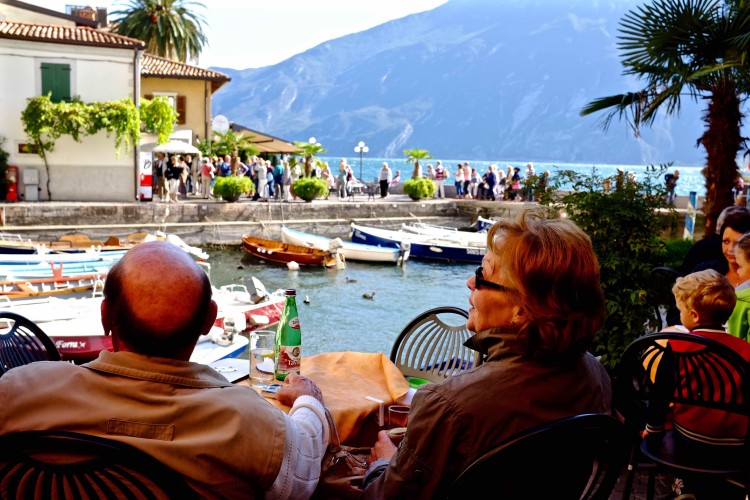 Driving along the northern shores of the Italian lake-district makes you feel like a film star. So many have visited here, been filmed here (Bond films seem magnetically attracted to the area for example) and some even have houses here like George Clooney and Brad Pitt. 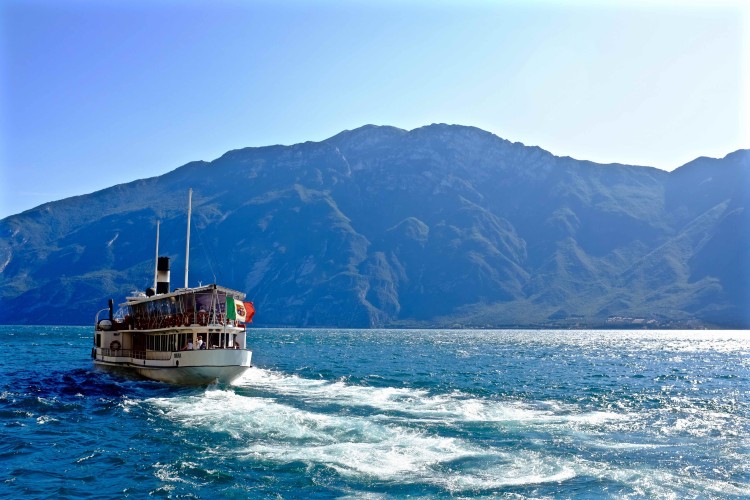 Cruising along the edge of Lake Garda soon brought me to Lemone. It’s a quaint little town on the water’s edge and my hotel room in the Leonardo de Vinci gave me a perfect view of the lake. As an all inclusive you just check in, get a wristband and everything else is taken care of. There are several pools, a bar, restaurant and a spa. 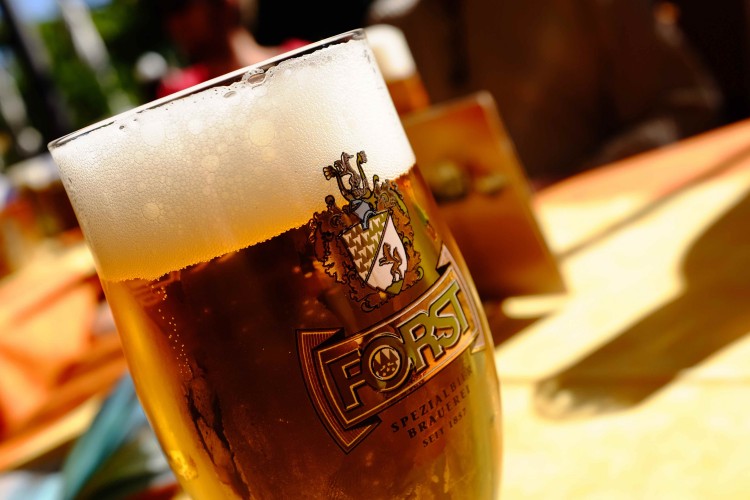 There’s something of an old world charm about this part of Italy unchanged in tradition and offering that little bit extra. The drive along the lake is a real pleasure full of glimpses of villages and towns that beckon and urge you to explore. 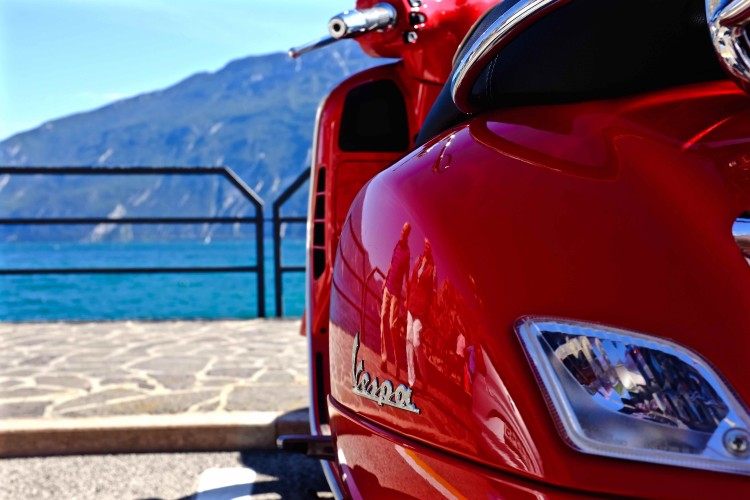 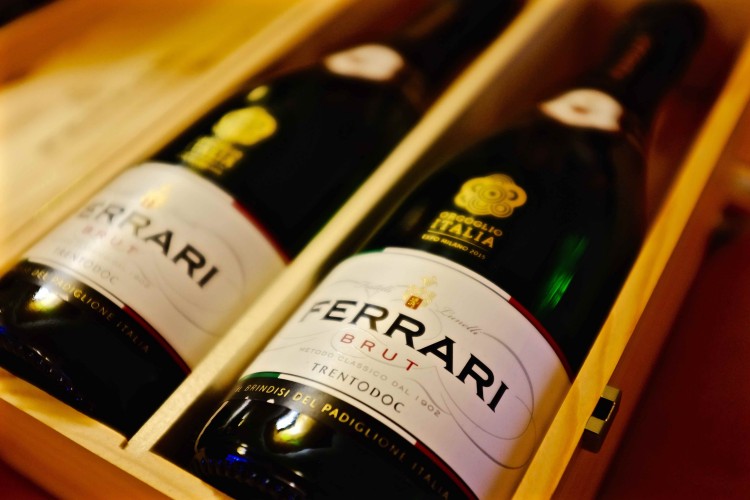 Dinner at the hotel was an extravagant buffet with 25 starters options and at least five main courses washed down with as much wine or soft drinks as you please it’s a super place for families as they can quench every culinary whim or to put it another way fussy kids can have ‘something else’ if they wish. 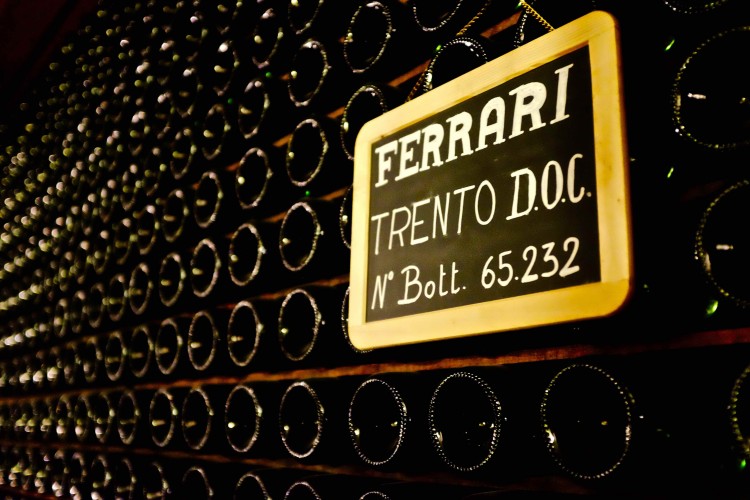 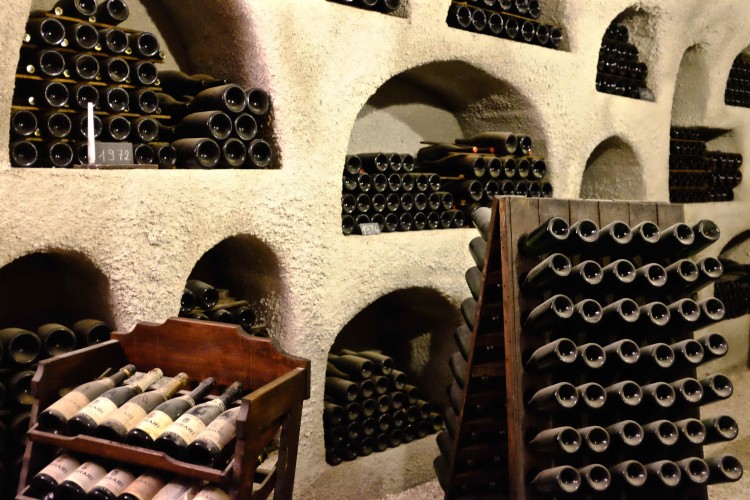 An early start meant I was able to watch the sun rise over the lake, a spectacular sight. The wind surfers and para gliders were out early as well launching themselves from the mountain. The road is peppered with tunnels hewn from the rock adding to the drama. My destination was Modena home to balsamic vinegar. 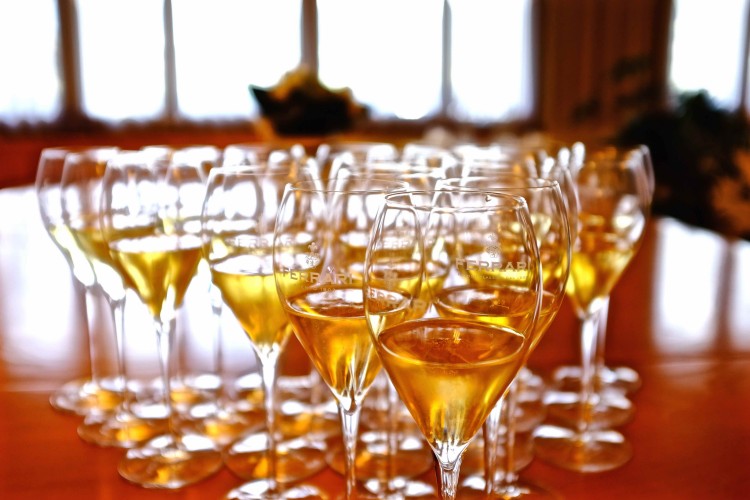 The region is no stranger to fame or infamy as well as the modern jet set. In the 1950’s Winston Churchill was a regular visitor and earlier Benito Mussolini holidayed here. You can see the attraction, lots of little villages all with their own foods and customs. Limone has a population of just 1000 but in the summer months it swells to ten times that. 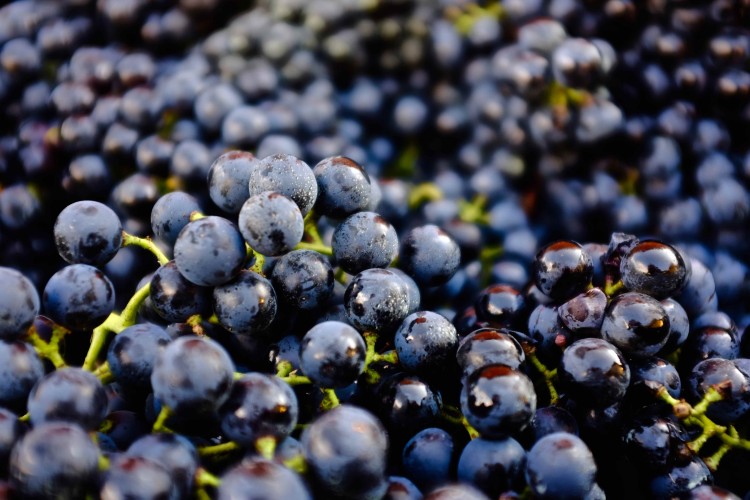 I visited the Ferrari factory on the way into Modena. What could be described as many boys’ dream outing, it is a comprehensive collection of fast red cars! Displayed with plenty of information and assistants dressed up in retro pit overalls (who really know their stuff) it captures the early spirit of motor racing the oldest example is from 1948. 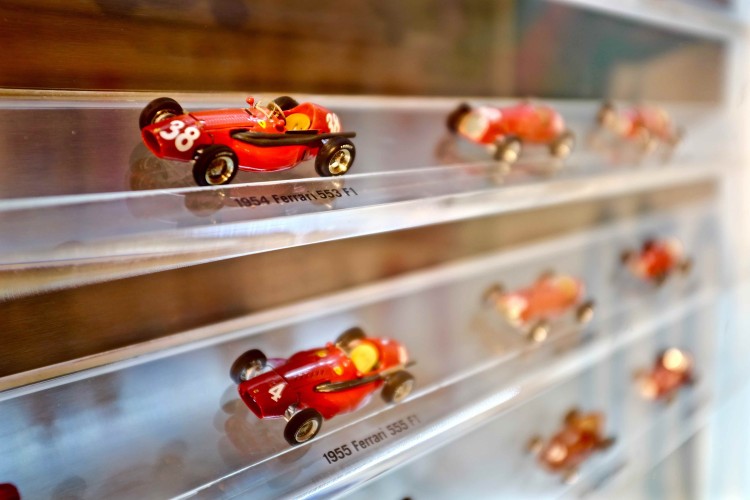 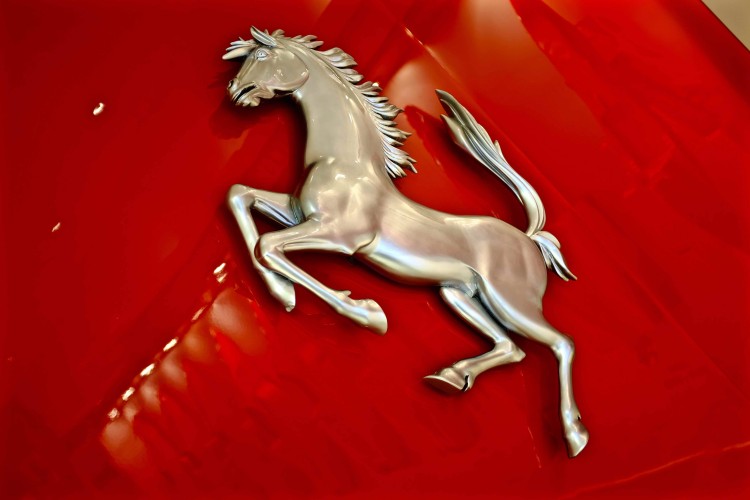 The vinegar as I was to find out is taken very seriously in Modena. A tasting session is essential if you’re to grasp the differences in ages and types of balsamic. First created by the Romans and thought to have medicinal properties (it is good for the digestive system) it has become a fine art. I saw bottles (very small one) for sale for €1000. Of course you don’t have to spend that much, but my advice would be get as old as you can afford, at least 12 years in oak barrels which is certified and authenticated. The depth of flavour increases with age so the older it is the more intense it is and you need to use less. Look for ‘traditional’ on the label as that means it has been produced within 30km of Modena. 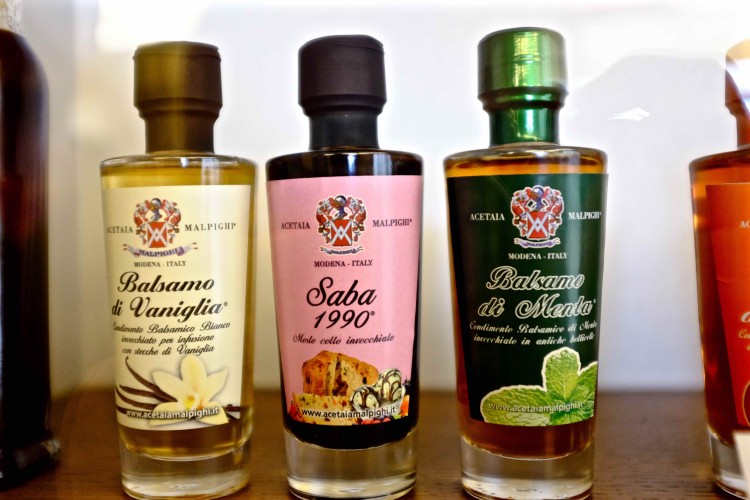 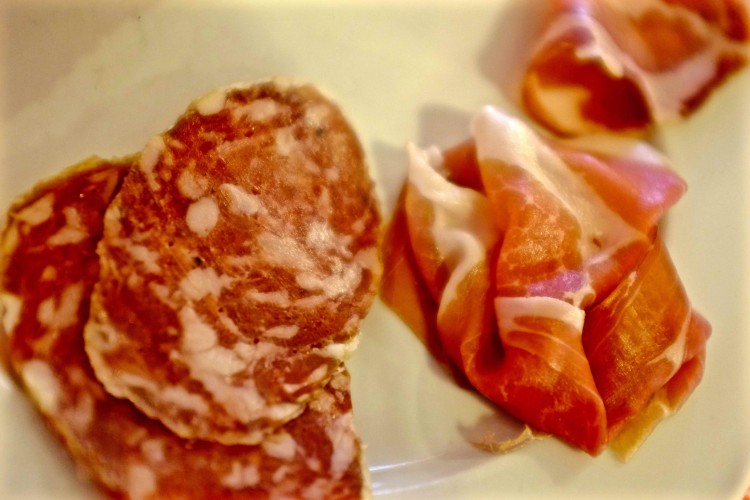 Limone is a boutique shopper’s paradise with plenty of independent clothes shops as well as restaurants and bars. It’s a charming place to walk around and you can also catch a steam ferry that sails around the lake with various drop-off points. A great day out that allows you see a bit more of the area and gets you back. Various tickets are available for families to keep the cost down. 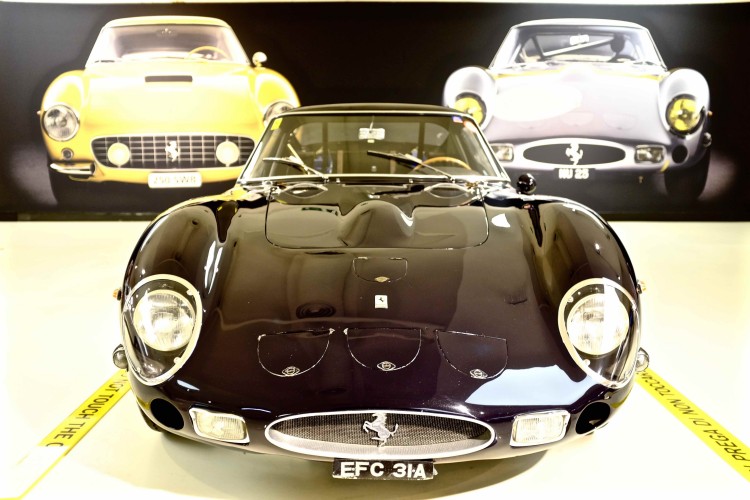 Contrary to what you think, lemons were not originally from Lemone but they do feature a lot in the food, there is even a shop in the village that sells only lemon produce. It’s amazing what you can flavour with lemons! Another great shop is Alimentari el Botegher serving fantastic local produce and countless varieties of Lemoncello if you’re lucky they might be doing a tasting when you call in. 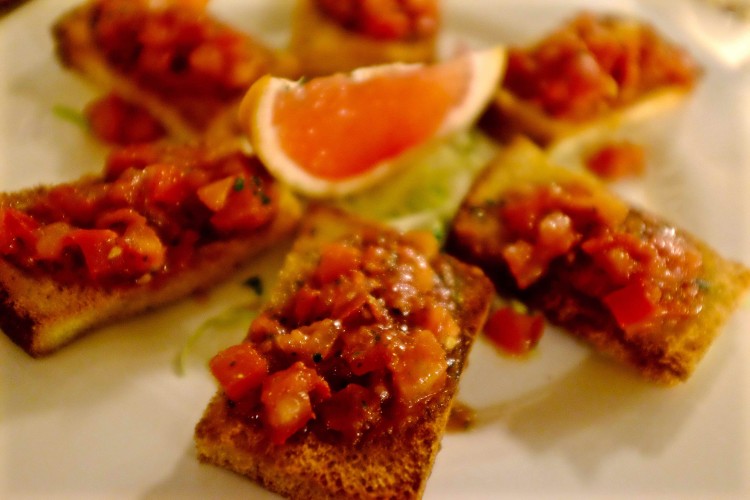 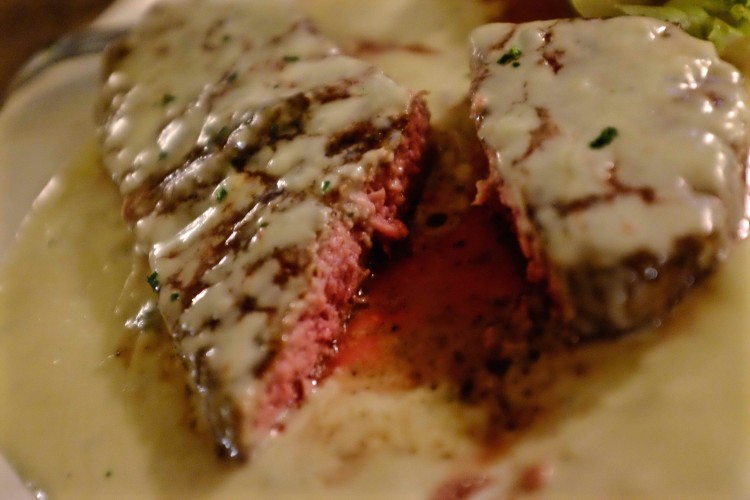 The many bars and restaurants have views over the lake where you can watch the water sports or maybe become a film star for a day and hire a speedboat! Either way a rewarding people watching spot. Despite all the good eateries with terraces available I chose to have lunch at the burger van in the car park. I had been recommended to give it a go and it proved worth while – great burgers cooked to order and a fab view of the water all for a couple of euros. 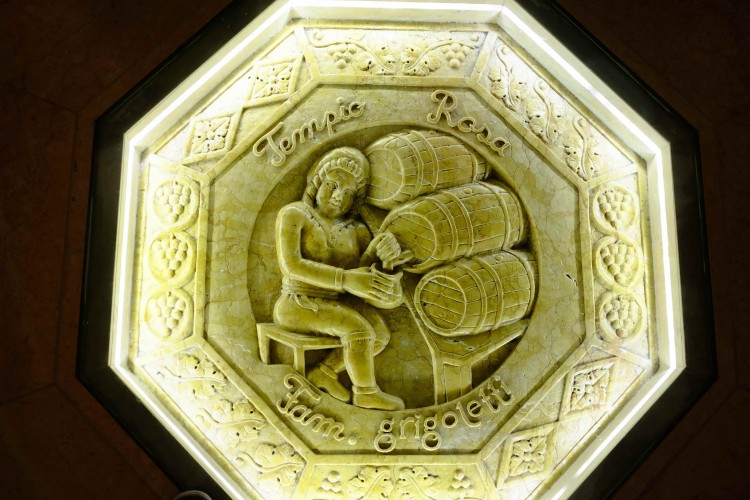 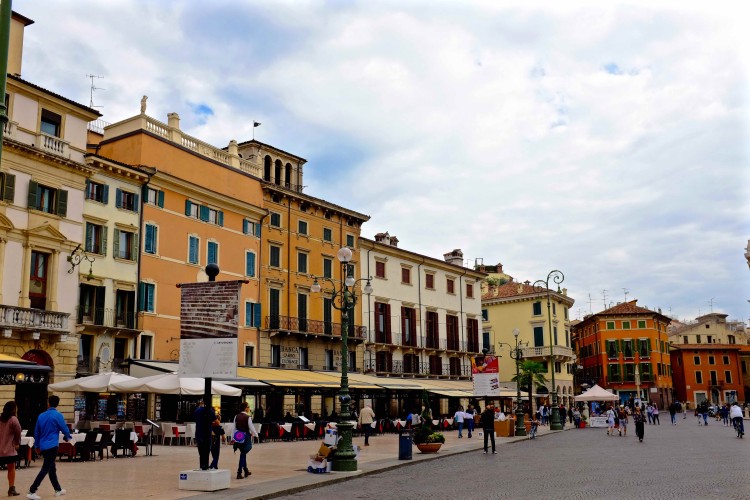 The region is full of wine makers, to the north of Lake Garda you will find chardonnay, pinot noir and merlot grapes grown and Spumanti the local ‘Champagne method’ white wine. No relation to the carmaker, Ferrari Wines is based here. Founded in 1902 you can visit their cellars and see for yourself what 20 million bottles of sparkling wine look like. It’s a very impressive tour with tastings at the end. The blend of chardonnay and pinot grapes from a high altitude gives extra acidity, part of their signature taste. 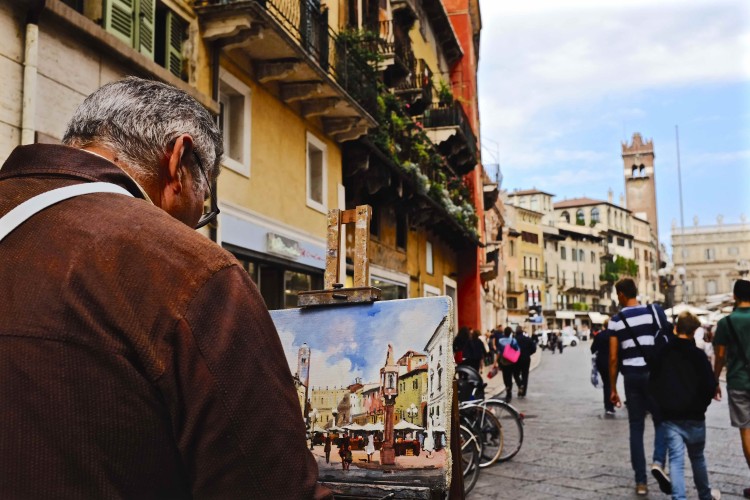 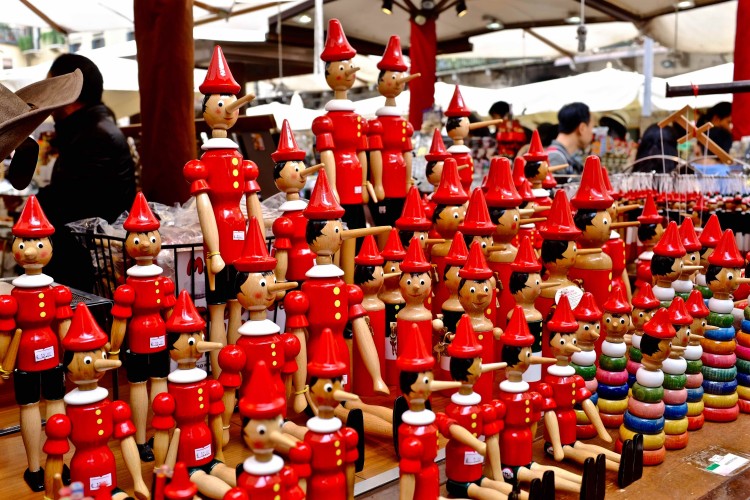 I visited a small producer as well, Grigoletti making about 60,000 bottles a year. They offer tours of their cellars, which have been decorated and prepared for tastings. The atmosphere is light hearted and you don’t need to know much about wine to enjoy their enthusiasm. It’s a family run business with their youngest son (aged 11) helping out too. 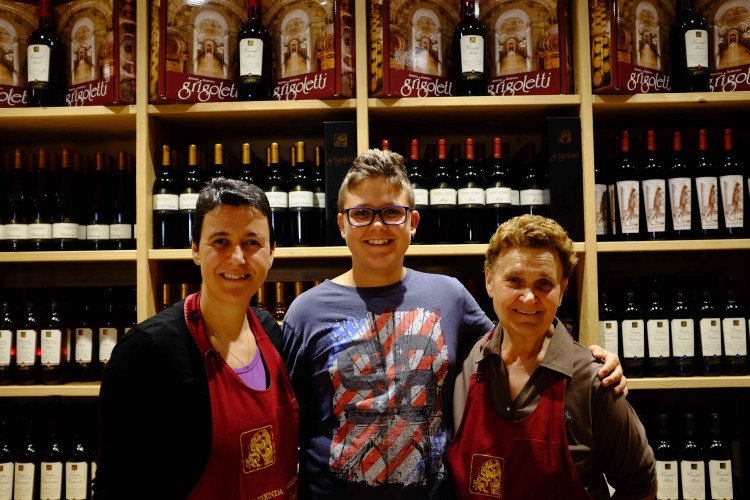 A visit to this region would not be complete with a look at Verona. The capital of love as Shakespeare would have us believe. It’s the 4th most visited city in Italy with good reason it’s beautiful and very old. The Romans (as usual) were there first in 100BC and the city has a classic Roman layout with north, south and east, west roads crossing to form a large square in the centre. It was an important trading post on the journey between Venice and Geneva. 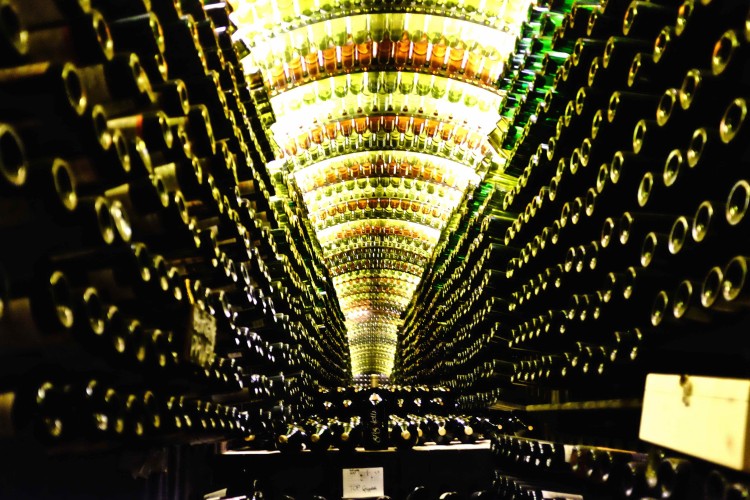 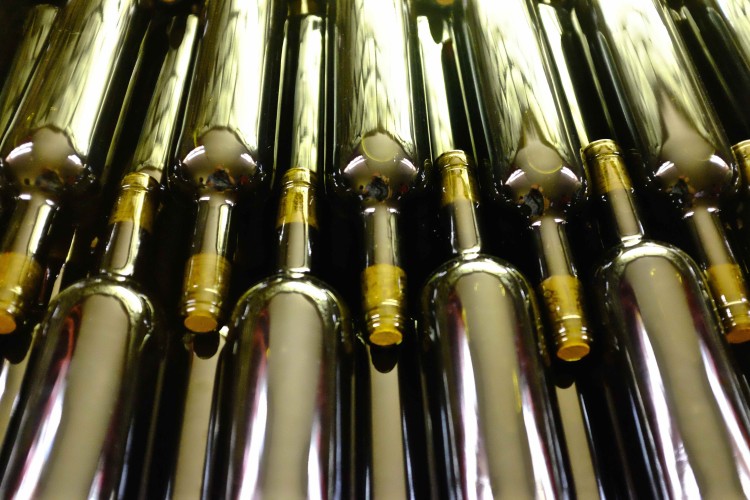 The double ‘S’ shape of the river Adiga offers natural protection. The Romans built one of their largest amphitheatres there capable of hold 30,000 people. It has often been fought over, in 1405 it came under jurisdiction of Venice, in 1796 it fell to Napoleon and only in 1866 did it become a free city in its own right. It is a glorious city to discover on foot or on bicycle as the locals use. Not afraid to keep up with the times the amphitheatre has hosted more recent offerings such as The Who, Paul McCartney, Pink Floyd and of course operas. 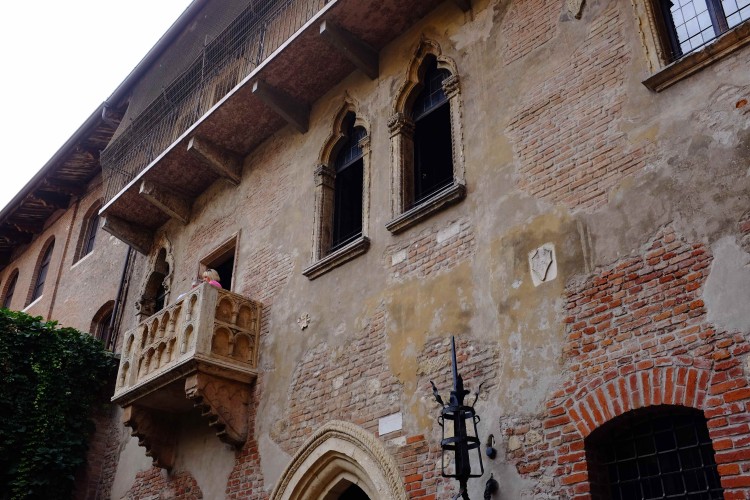 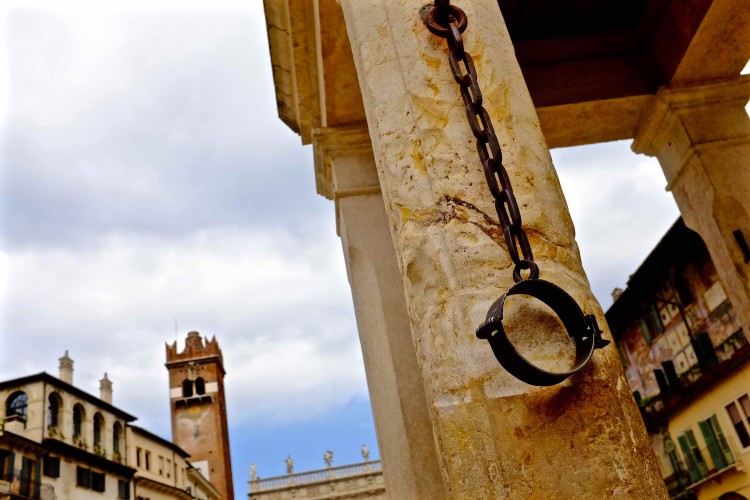 Juliet’s house is there and receives 200,000 visitors a month. The site is shrouded in mystery as to what’s genuine and what is not. It seems the balcony bares a striking resemblance to the filmed version from 1938. It is said that tourists wanted to see where the ‘real’ balcony was so they found something resembling it in a museum and used that to enhance the site. Either way it is impressive and the house is now a museum that is a living version of what it would have looked like in Juliet’s time. There is always a bit of theatre going on, people reciting speeches from the balcony, marriage proposals etc. It’s noisy, busy and definitely part of Verona worth visiting. 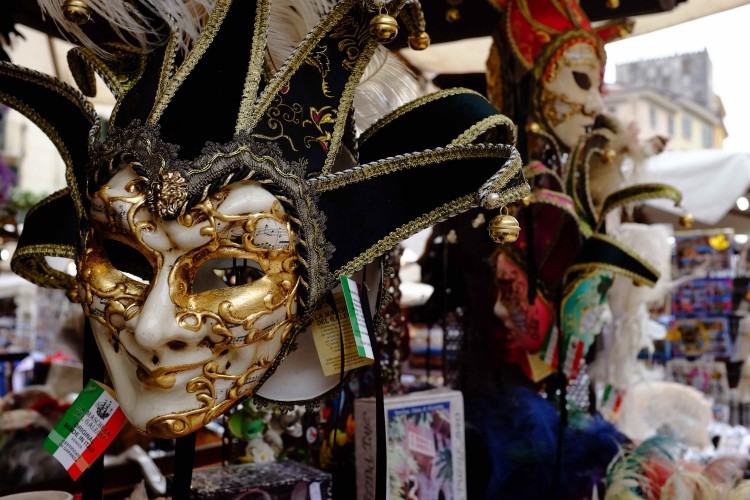 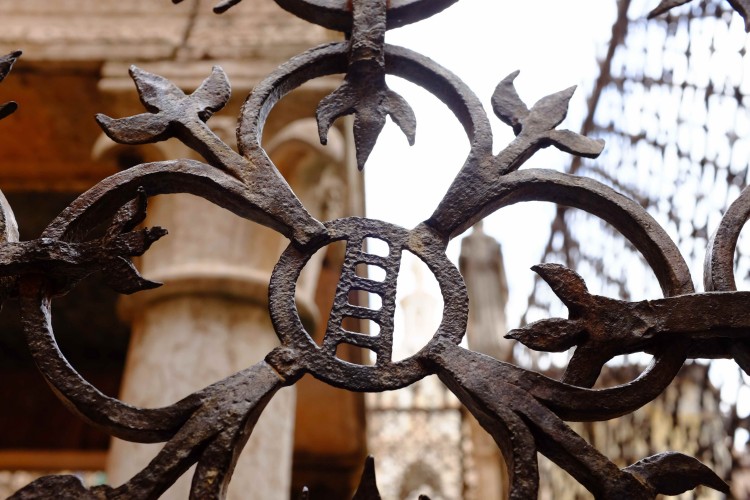 Plazza Erbe is the oldest square in the city and once the site of the forum of Verona. The buildings have frescoes and wall paintings and there is a 12th century clock tower. In the centre is a small roofed building with open sides. Attached to it is a chain and large ring. People often mistake this for some sort of gallows or punishment device but it is actually a system of measurement for the market. Used to dictate the size of bundles of firewood. 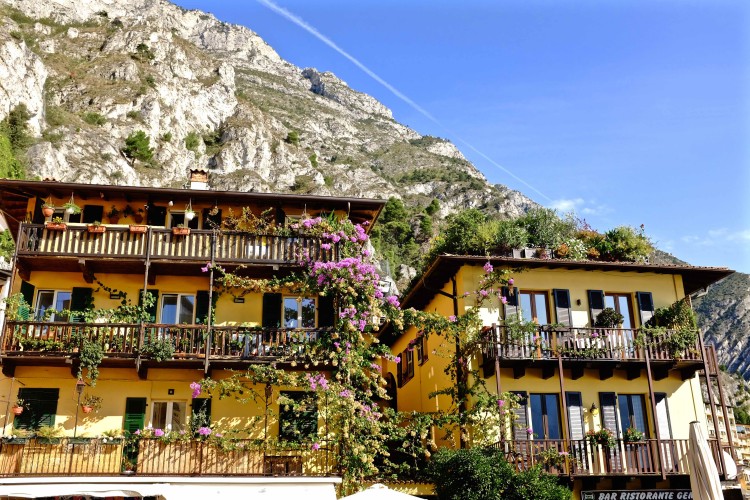 Fredricco, my guide was passionate about the city and knew so much I would have to have spent a week with him to cover his extensive knowledge. It is really worth using a guide on your own or as part of a group as they help bring history to life. Full of anecdotes and extras that you won’t read in any guidebook I can’t recommend Fredricco enough. The morning was finished with lunch down an alley at Nastro Azzurro where I ate some excellent Italian food. The stand out dish was a fresh pizza with bell peppers and mushrooms. 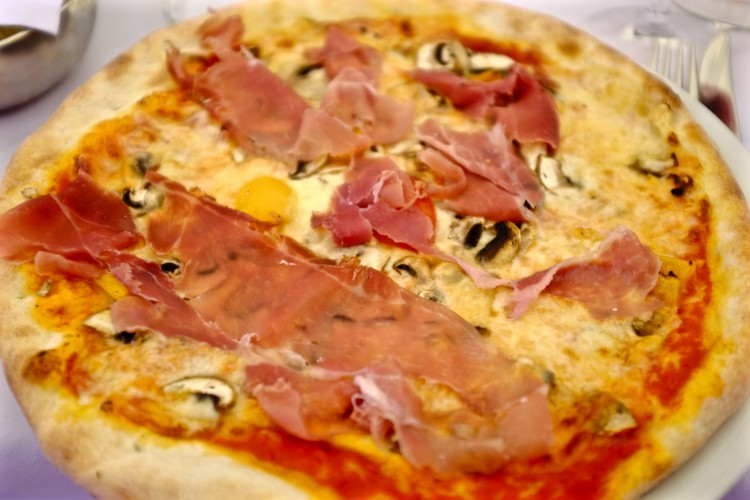 So my journey came to an end and yet in many ways it had only just begun. The region is rich with history, good food, beautiful scenery and enchanting people and the odd Ferrari. So if you catch a glimpse of this little corner of Italy in a film or TV show don’t let it pass you by, get onto the travel agent and book yourself a break out there. It’s perfect for families and couples alike with so much more than you can do in a few days you leave wanting to return, like me!

Thomson Lakes & Mountains offers a week all-inclusive at the 4* Hotel Leonardo da Vinci in Limone, Lake Garda from £814 per person including, flights from Gatwick to Verona and resort transfers.

Guided visit to the Ferrari Museum in Maranello.  Light lunch in hills above Modena accompanied by Lambrusco wine.  Visit to traditional producer of Modena balsamic vinegar and tasting.

Price per person €83 (from Limone)

Spend some time at the home of Romeo and Juliet, Verona. Enjoy the fascinating monuments, beautiful shops and friendly Italian welcome. Have a wander along the most significant monuments such as the Arena, Juliet’s balcony and enough free time for shopping. Price per person £43 / €54

While staying on Lake Garda, it would be a shame not to get to know the most famous produce of the area a little better. Take a walk through the ‘cantina’ with the chance to learn how the wines are made, followed by the wine tasting. Price per person £40 / €49