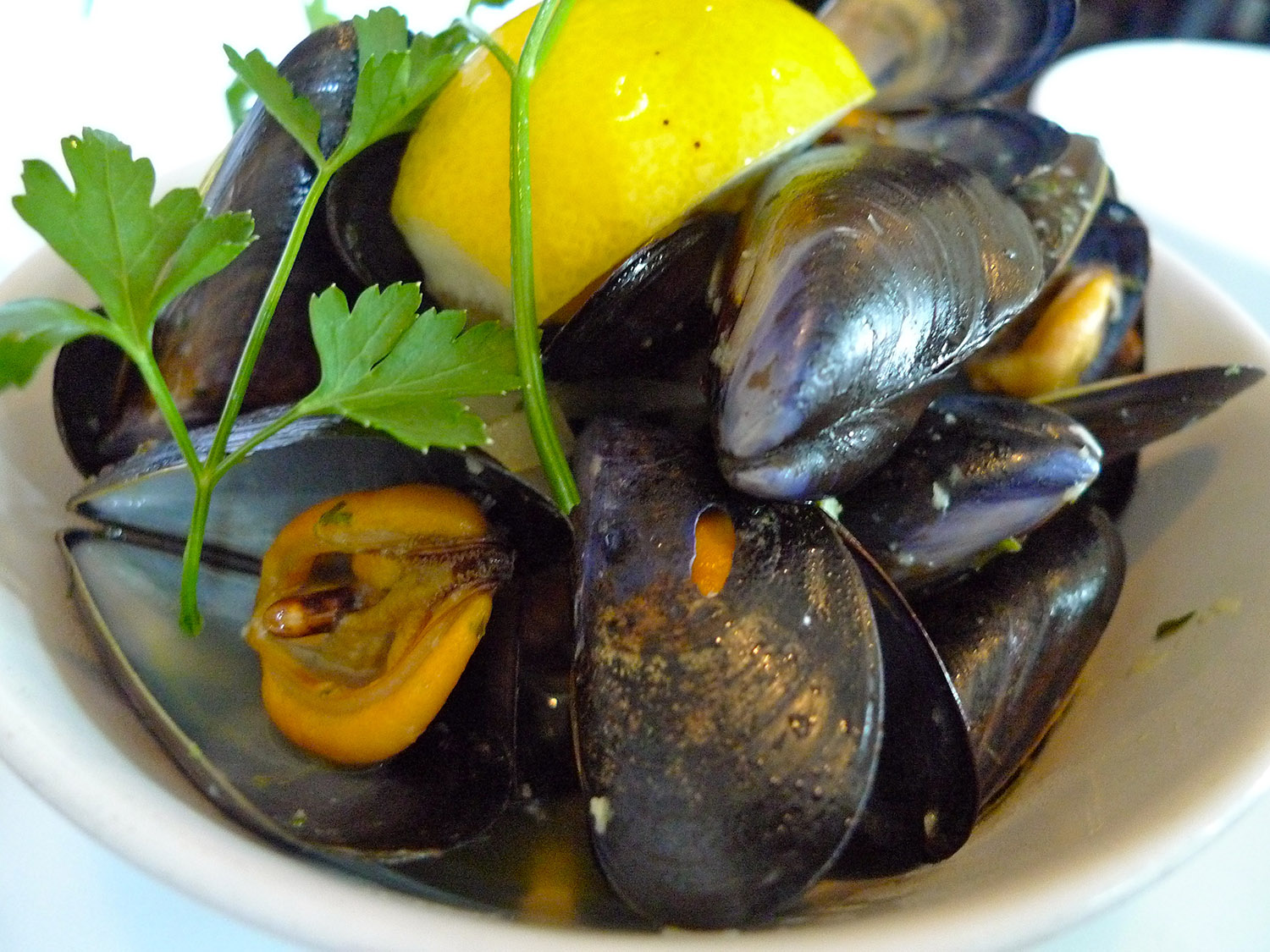 It was to be a family treat.  All four of us out to lunch for my birthday, what’s wrong with that you might ask.  Well, I had heard good things about Le Chardon, the food was French and that suited us, the setting was unusual, I had heard about Crepe Suzette being prepared at the table.  This all sounded rather promising and a bit theatrical – just the sort of event that the children would enjoy and because they might enjoy themselves then hopefully Mum and Dad as well.  You know the story.  Well, I’ll begin with the food, which was rather good in parts but I would say that it is trying to punch above its weight it didn’t always come up to the mark.  The Building its self is glorious.  An old butcher’s that retained all its charm of decorative tiles and marble shelves, what a great place to read the menu which was vast, worryingly vast, so just as well that the waiter took ages to come over and take any sort of interest in us.  We ordered and had another lengthy wait before drinks and then another lengthy wait before any sign of food.  I kept on asking for water, which only arrived after a third plea from my wife who actually went up to the bar to ensure its delivery. So not a great start but I was in a good mood so didn’t care too much. Our eldest son ordered Moules Marniriere as his first course which although pricey at over £8 was very good and fresh.  He enjoyed it and ate the lot.  The broth tasted very good and had just the right tone of light acidity and seasoning, the lemon and garlic just coming through.  There were other successes such as Foie Gras de Canard with Brioche, Chutney of Prunes and Red Onion.  Great tasting Brioche, I could have done with a bit more of the Chutney and the Foie Gras although a touch ‘straight from the fridge’ in temperature was a pleasant starter but not cheap at £14.  We still hadn’t received that water at this stage so my guard was up.  Mother had a fairly unpleasant Baked Goats Cheese on Brioche with Honey Mustard that was definitely more Mustard than Honey.  We waited and waited for the plates to be cleared …. And still we waited.  While we were waiting I was thinking about the plus points about Le Chardon.  The wonderful space with I’d say was late Victorian, with Thistles on the tiles – hence Le Chardon.  They don’t have a children’s menu but are very accommodating, there is a very neat little garden space to rear that has heating and a canopy should the weather not play ball.  So perfect for those balmy summer evenings.

The plates were eventually removed and we had another ‘gap’ before more food arrived.  This proved to be another mixed bunch.  Our eldest and clearly our bravest had Ostrich Steak with a Pepper sauce, which was, as Ostrich tends to be very rich and heavy – but like a trooper he ate it all (you’d think we never feed him) There was a T Bone Steak which worked the way a tender, correctly cooked meat should taste.  And our youngest went off piste and had a homemade Cheese Burger with Fries.  This was a good choice, well cooked and seasoned but proved to large for him to finish – he’s only 5.  There was Lamb with Couscous that didn’t deliver and was quite dry.  There were some good puddings but guess what we had to wait an age to get them.  All the theatre involved in creating that Crepe Suzette happened elsewhere as it arrived fully formed.  It’s hard to be unkind to this place as it did deliver on many levels but, and it’s a big but, the service although not rude strays into negligent and sometimes atrocious.  So if you don’t get too annoyed with tardy behavior of staff, can wait an age for your order to be taken/arrive and are prepared to gamble on the consistency of the food I’d say give it a go.  Because there are little glimmers of hope here that with the right encouragement could make this destination worth grasping the thistle.  Afterwards we wandered down Lordship Lane and popped into the wonderful East Dulwich Deli and picked up some ‘essential’ supplies and guess what, we were served straight away.