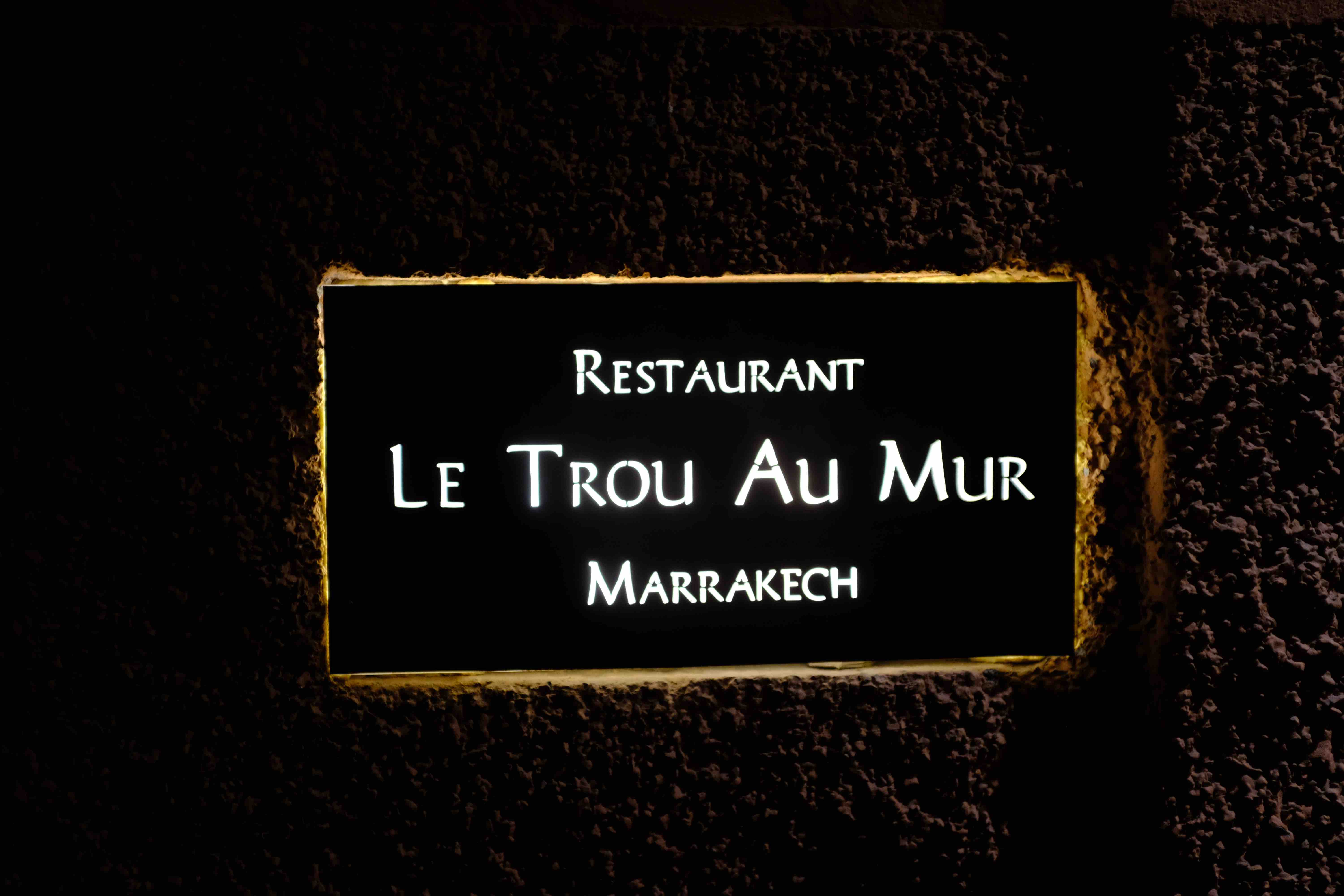 As Bob Hope might have said to Dorothy Lamour in Road to Morocco ‘when the going gets a bit too snaky then it’s time to hiss off’. I was walking around Jemma el-Fnaa the famous square where frankly anything goes (and I mean anything) a knot of 10 snakes just SITTING THERE on the floor not in baskets but on the pavement waiting to bite but of course under the ‘charm’ of a man with a camera and monkeys scampering around looking for a mark. Yes it all goes on here in Marrakech, it’s basically exactly as you’d imagine but more cinematic. And that’s what makes it brilliant. Incidentally Jemma el Fnaa translated can mean ‘The Assembly of Death’ or the ‘Mosque at the End of the World’ you can take your choice! 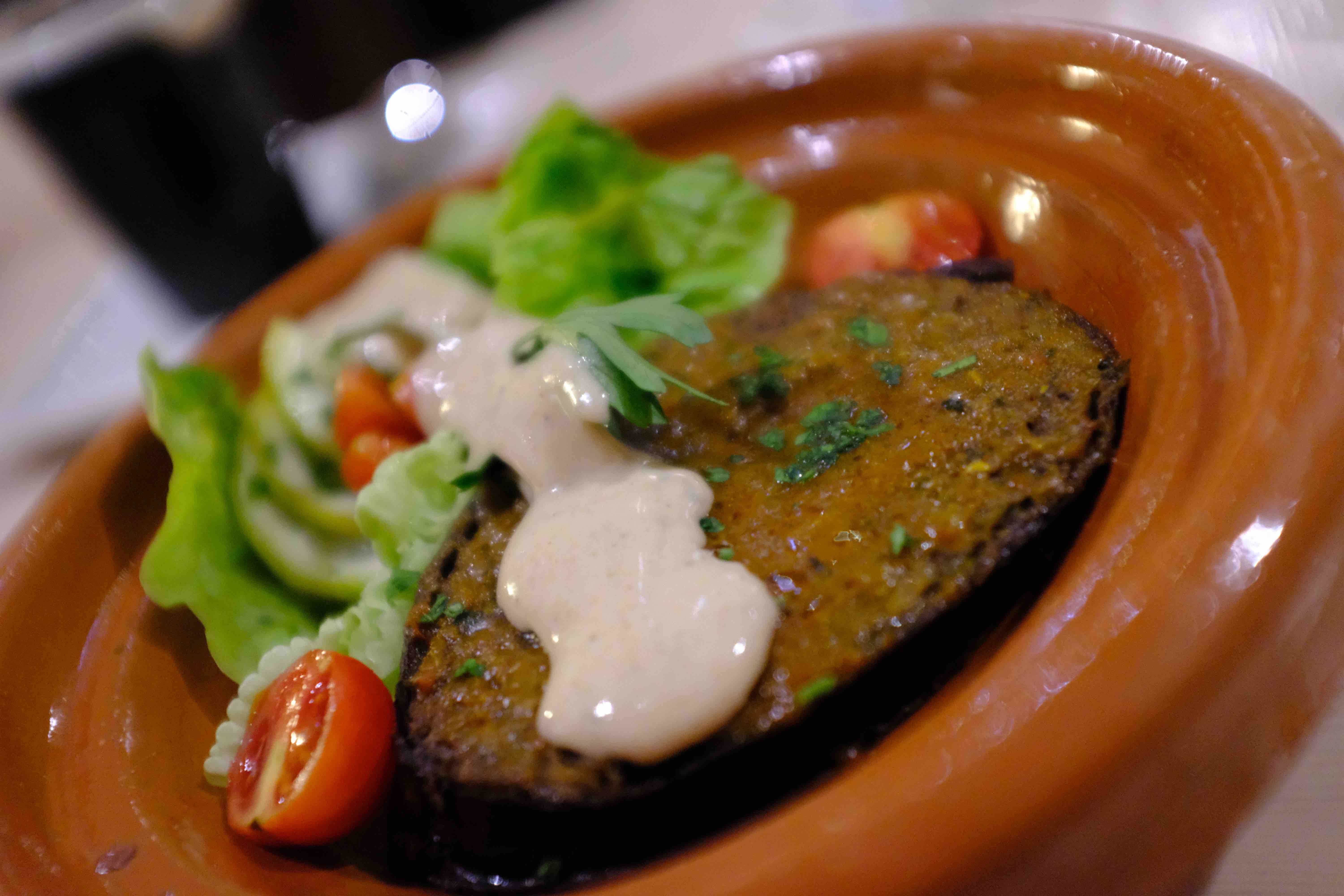 James Wix has verve, or should I say gall? He set up a riad and spa some eight years ago and hasn’t looked back. This enterprising Brit (Four Seasons trained no less) has recently complemented this enterprise with an old school Moroccan style restaurant, when I say ‘old’ I don’t mean old fashioned but old recipes and traditional cooking. 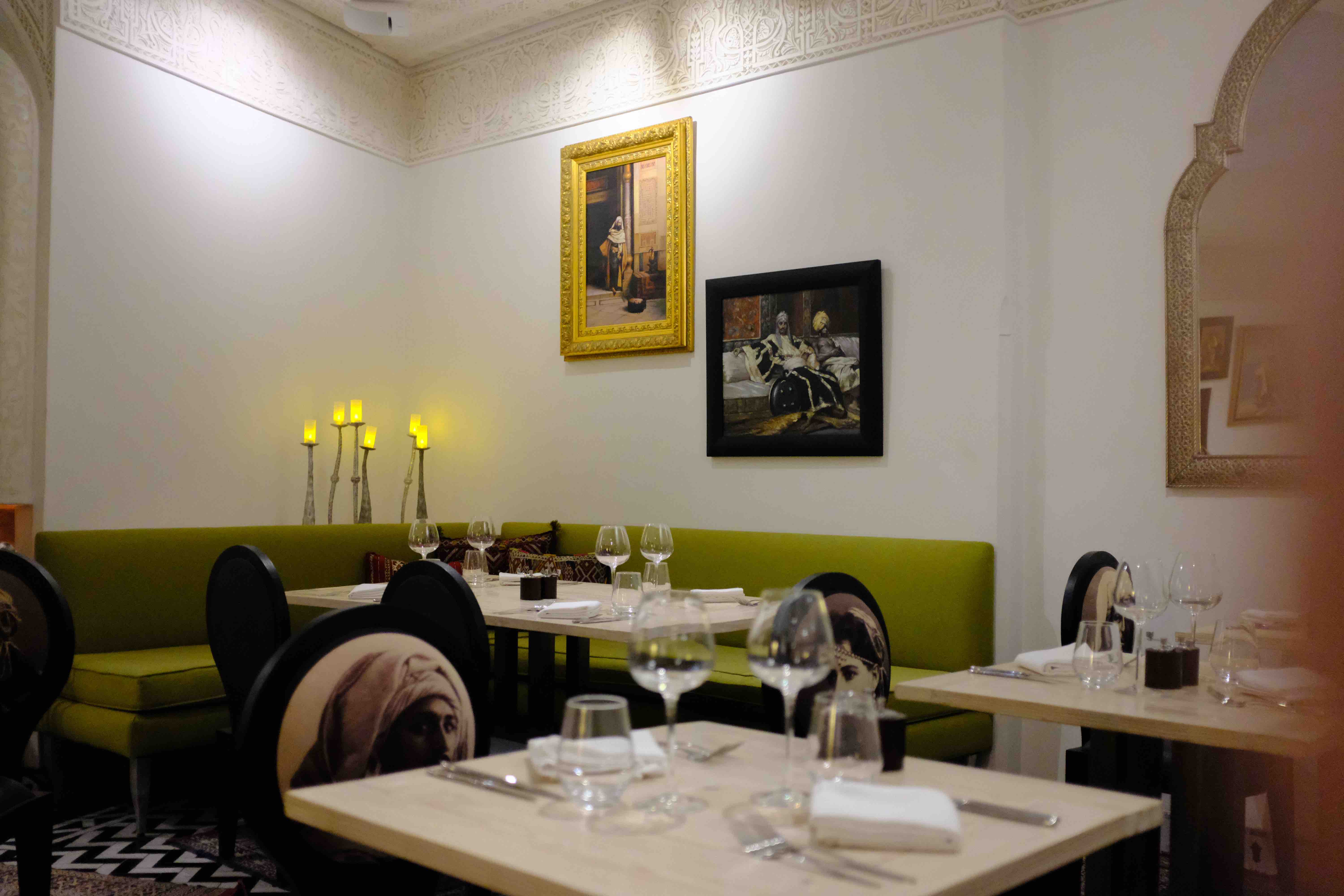 The nay-sayers can gorge to their heart’s content on the ‘plats principaux international’ menu but for my money the reason you go (and go you should) is for dishes like Berkoukesh, Cherchma or the Tihane, stuffed offal with lightly spiced kefta, chopped olives and preserved lemon which was an outstanding, not unlike a spicy black pudding. Who would have thought that preserved lemon would bring such power to a meaty dish like this? 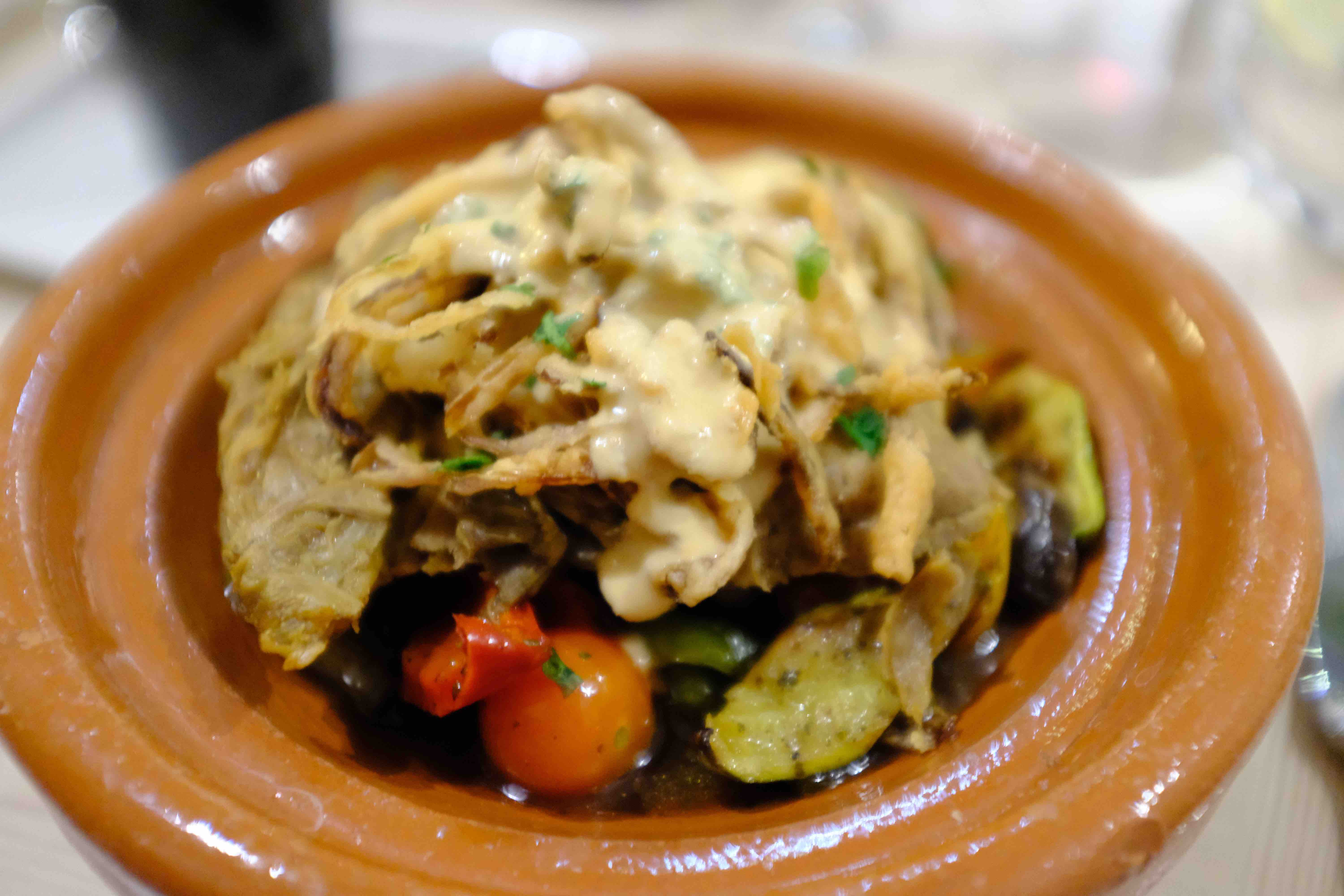 As I sat drinking some excellent Moroccan wine (Lumier) the place sort of washed over me. It has great music, a roaring fire and the aroma of expectation and the flicker of the fire casting shadows of atmosphere. The lighting is seductive and moody and the staff were charming and terrific. The paintings scattered around the walls look like they’ve been there centuries. 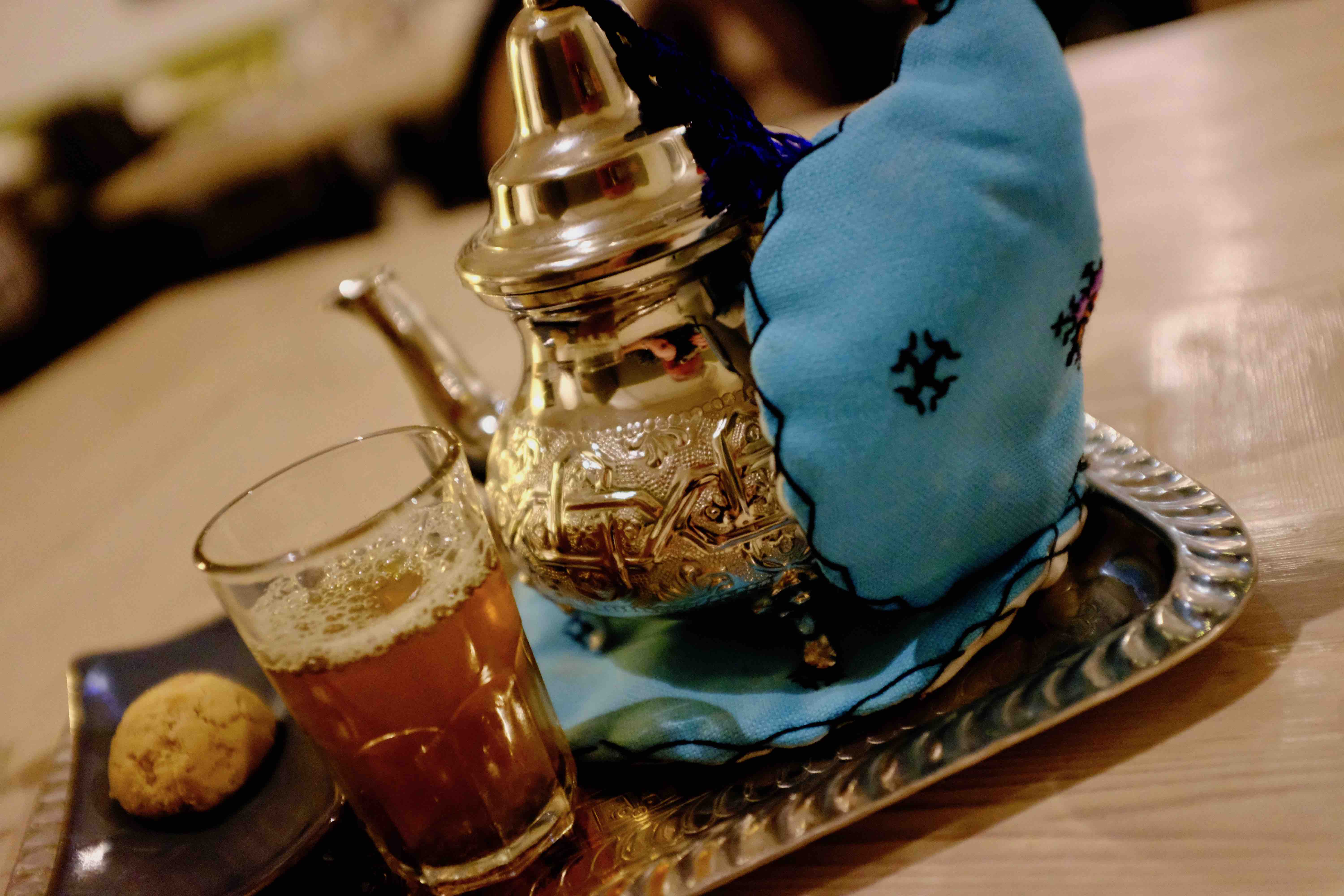 They do an eight hour slow cooked Meshoui I chose shoulder, the fattiest but yielding the greatest flavour. The meat was melt in the mouth and came sitting on vegetables and tomatoes. There was a choice of sauces the garlic and saffron was quite subtle but the spicy peanut really kicked butt, the one for me no doubt. The hybrid menu did influence me a little and I elected to have a Rocket and Parmesan salad on the side, which cut through the rich main perfectly. 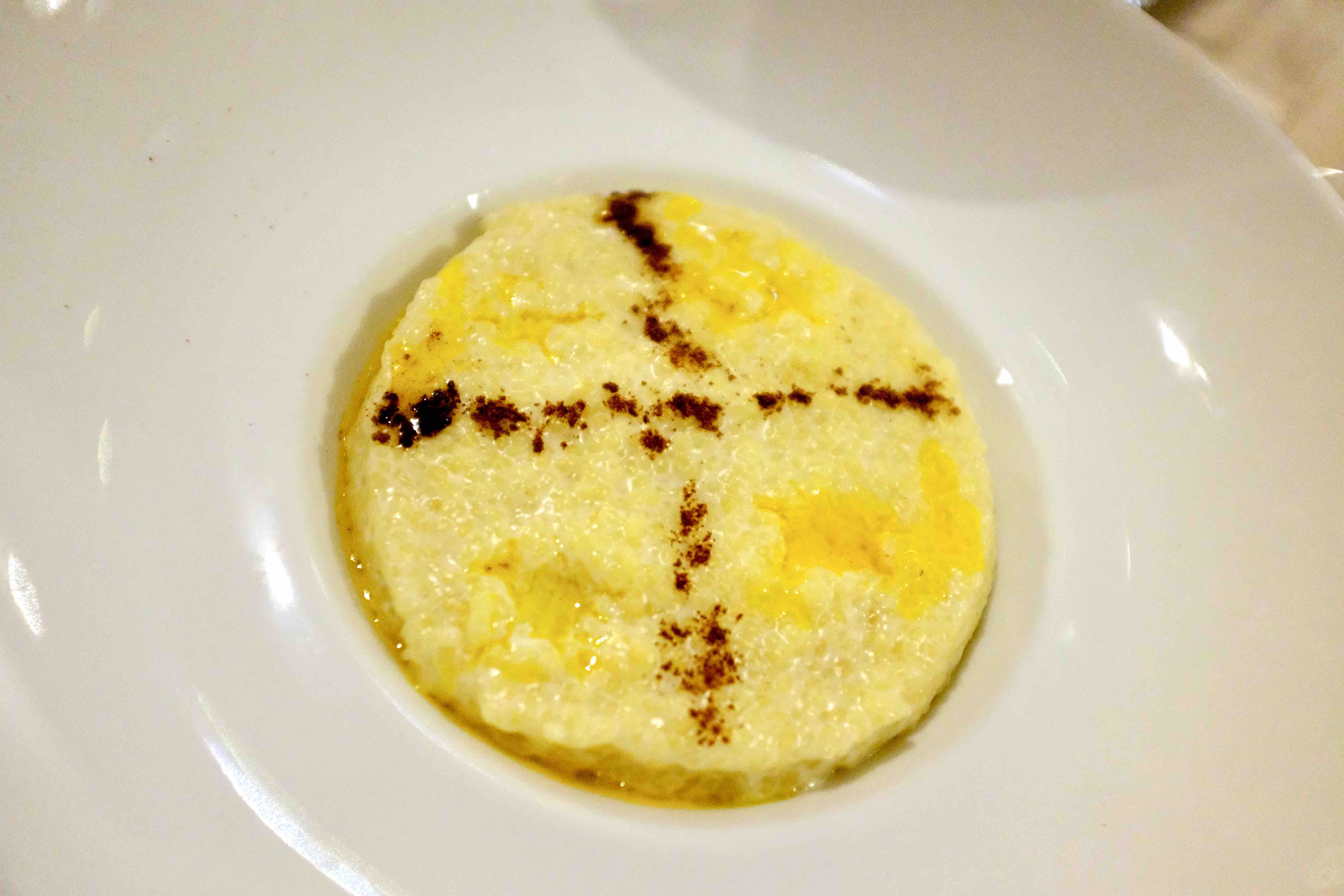 Desserts are short in number, a few ‘international’ crowd pleasers that looked good (doughnuts with three fillings anyone?) but I thought the better of that and went local with Berkoukesh (which can also be a savory dish) it was like a baked rice pudding with North Africa thrown in with a touch of cardamom and other spices coming to the surface. A great end to a super meal. 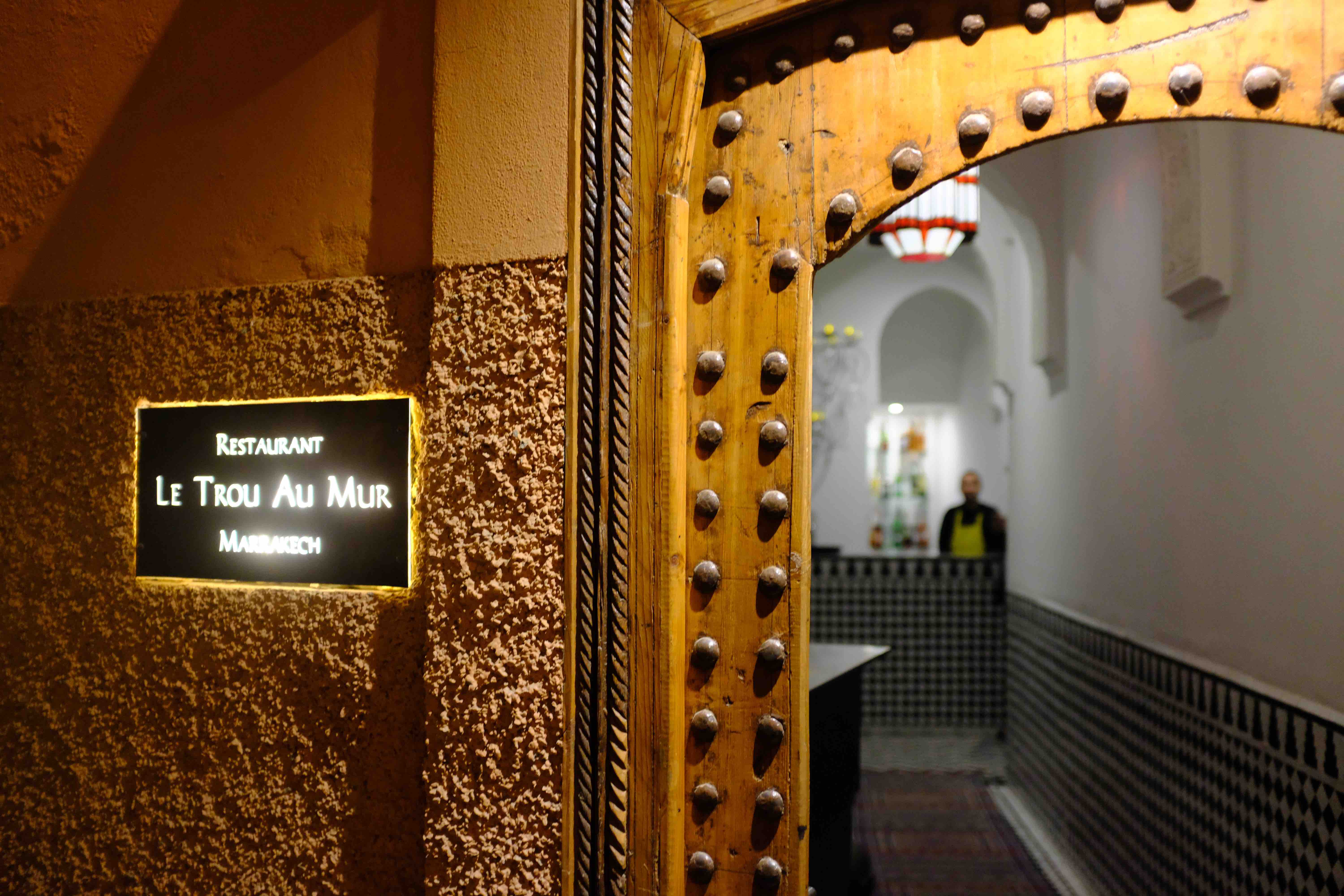 Before I went into the madness of the medina I wandered up on the roof where in the warmer months you can hang with the cool dudes and watch the world go by and eat and drink your way through their extensive martini menu (worth returning for alone I think).