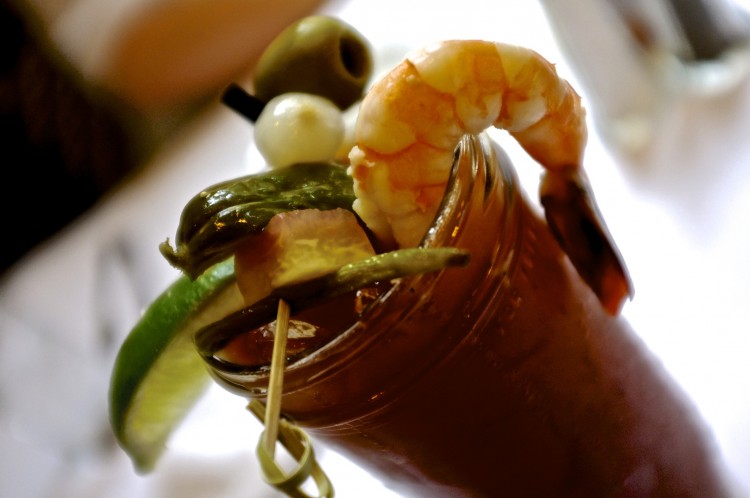 John Besh has made a name for himself.  In America he is a well known TV chef and restaurateur.  He has made his reputation in New Orleans, cooking the kind of food you’d expect to find there, gumbo, jambalaya, po-boys, that sort of thing.  So when he announced an opening in San Antonio there was surprise in the food world.  He wanted to come to San Antonio because of its economic buoyancy.  It has out lived the credit crunch and thrives in these straightened times. 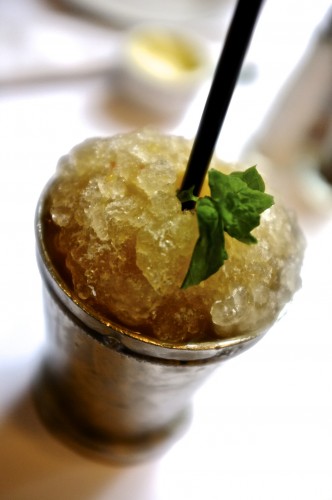 Lüke sits on the bank of the charming River Walk, a kind of pedestrian artery that flows through San Antonio giving life as it does so.  It’s packed, day or night with families, couples and friends just hanging out and looking for something to eat.  There is a lot of choice, fish, Mexican, steaks of course but Lüke is something a little different. 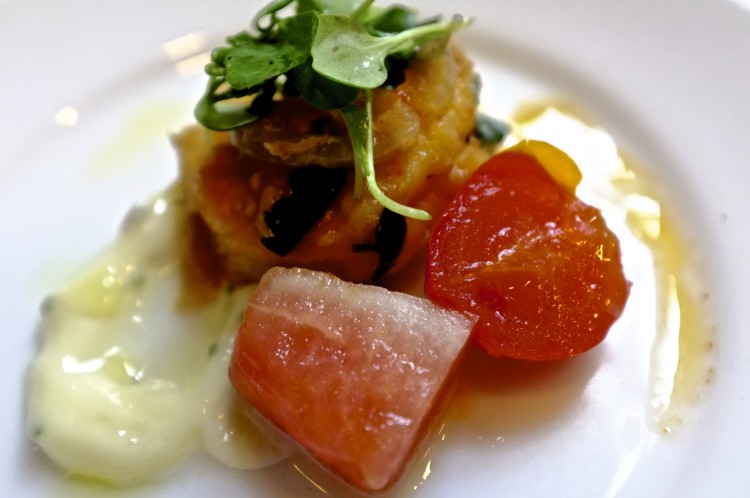 T, my dining companion who also happens to be my daughter had taken quite a liking to Bloody Marys on this trip (yes, she is over 21!).  We were in town for a conference with a couple of days spare we wandered around and she had tried a few, but this one was unlike the others.  Presented in a giant jam jar with a kebab of chilli, onion and melon sitting on the rim and a shrimp poised on the side it looked spectacular.  And made my perfectly executed Mint Julep look positively boring.  They like their Bloody Marys hot out here, so it had quite a kick, but tasted beautiful and lasted forever. 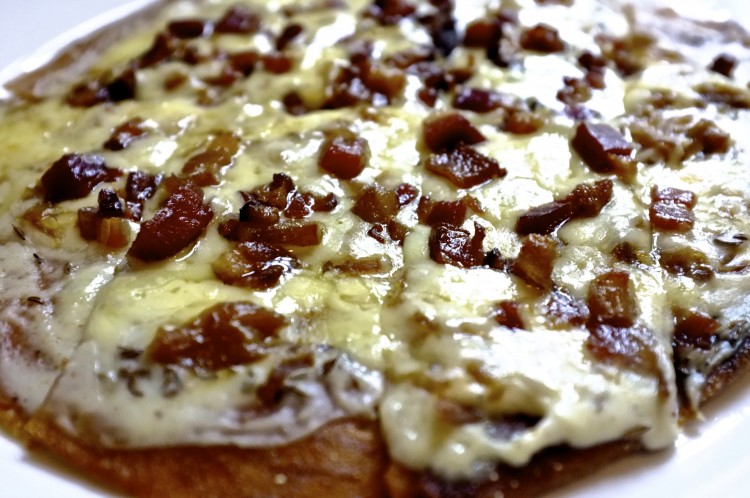 Lüke is trying to be off centre and have a stab at a more European style of cooking and presentation, on the way to fine dining.  It is a big space (but everything is big here) with clean lines and propeller fans hanging from the ceiling giving you that cool air (it was 98F outside).  It’s stylish with room to breath, not too loud and a good place to be in. 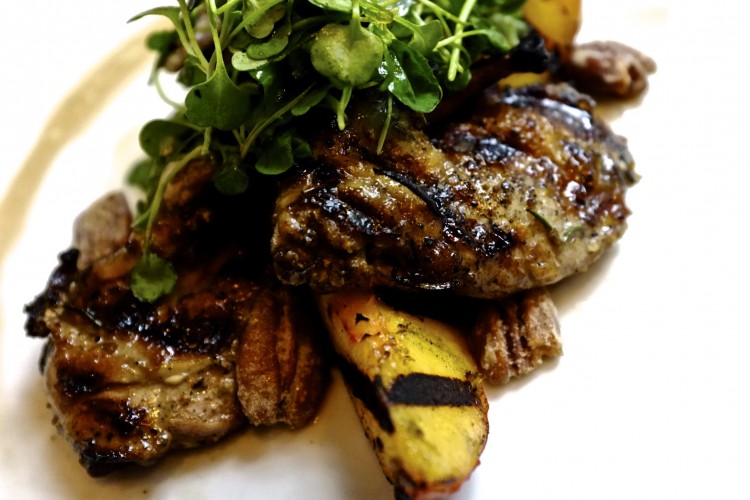 A little amuse bouche came our way, pickled shrimp with a tomato salad and watermelon crisp adding a cool finish.  It was good and I could have eaten more.  T loved it.  My Mint Julep was long gone by now, maybe because when T called it the ultimate Slush Puppy I began to drink it faster, I’m not sure.  They have a very good selection of European wines and beers as well as some great American artisan bottles of beer.  There is a trend in the US for good quality artisan beer these days which makes such a pleasant break from the over gassy Budweiser type offerings. I went for a bottle of Syrah, not cheap but $38 was also not excessive. 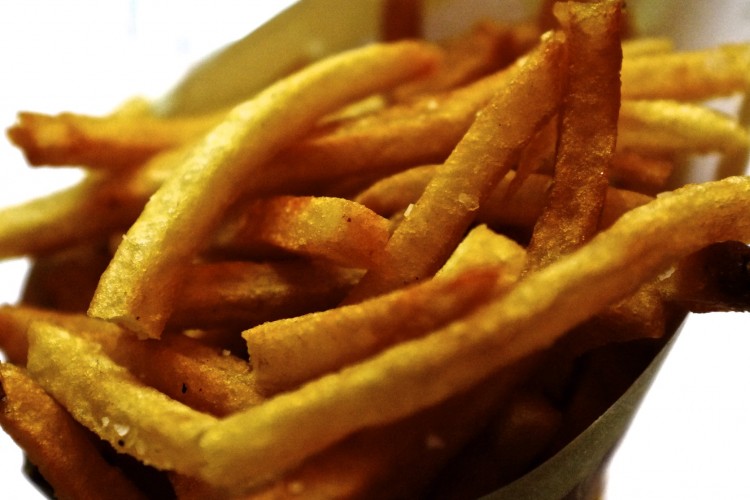 As with all American dining you have to be careful about quantities, Lüke is no exception.  The starters were large a crispy Alsatian onion tart with bacon and Emmenthaler cheese was thin and had a good texture but way too big.  My grilled Bandera quail came with local honey, peaches and spiced pecans for texture.  I really enjoyed it, very BBQ in flavour and again a good-sized portion. 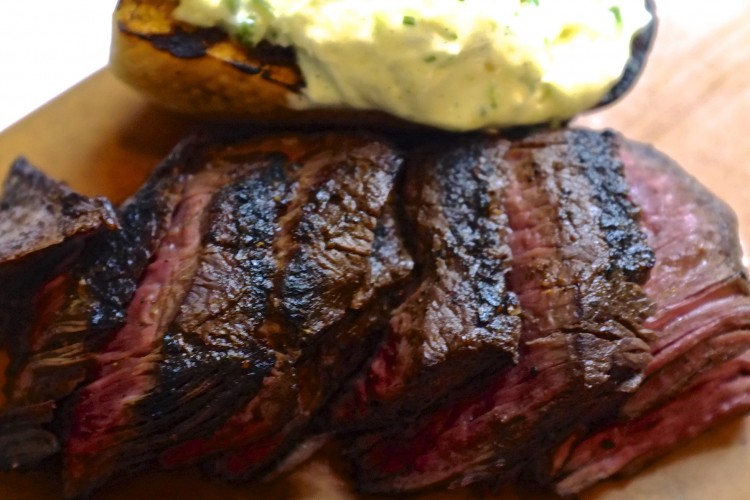 As this was our last night in San Antonio before a long drive to Houston early in the morning and our 10 hour flight home we felt justified in having a bit of blow out.  T had said right from the start that she would like to have steak on the last night, so she did.  And what a steak, a large hanger perfectly cooked with garlic and herb butter and a cup of French fries.  Though not the biggest steak in Texas by a long way it was full of flavour as was the best we tasted.  I decided to end our trip with what America does so well, a burger.  This was a good choice because what I was given was a 12oz burger with bacon, cheese and caramelised onions in a bun with a cup of fries.  The burger was surgically sliced in half, it reminded me of a Damian Hurst piece of art.  Open for all to see the working anatomy of the Lüke burger perfectly constructed and delicious to eat.  These mains were good value, my burger was $16 and the hanger steak $29. 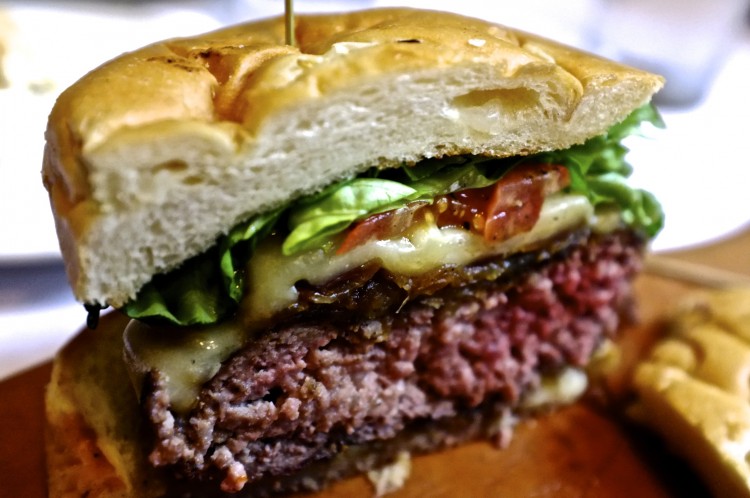 Dessert is something America has yet to refine and it shows here.  The Fredericksburg peach shortcake was frankly a bit of a mess.  It tasted OK but was in simple terms poorly assembled and not much more than a scone, whipped cream, jam and toasted almonds thrown on a plate.  It tasted fine but after the excellent previous courses it was a let down.  T had (and I knew this was an ambitious ask from this kitchen) gateau Basque, which turned out to be a hearty sponge with St. Germain sabayon.  It looked like an oversized rum baba.  Again, it tasted OK but didn’t have any personality and looked homemade, quite untypical of the output of this otherwise good restaurant. 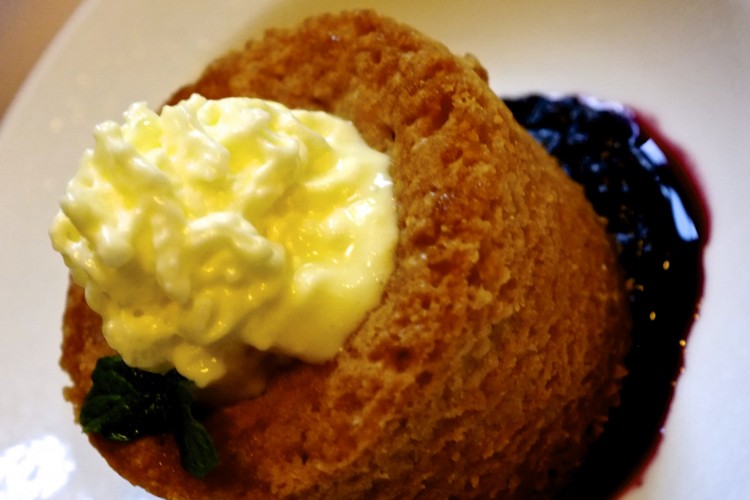 It was a meal we both enjoyed as we talked about our brief visit to San Antonio and what we had done.  Funnily enough we had a day in Bandera where the quail came from and Fredericksburg where the peach shortcake hailed, it bore little resemblance to its sweet representation at Lüke’s, maybe John Besh should be looking to name his dishes after place names that have worked well elsewhere such as Bakewell or Eton? 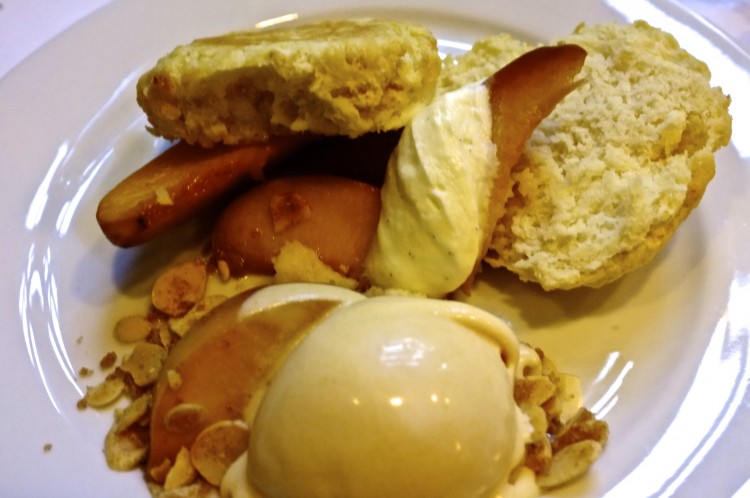 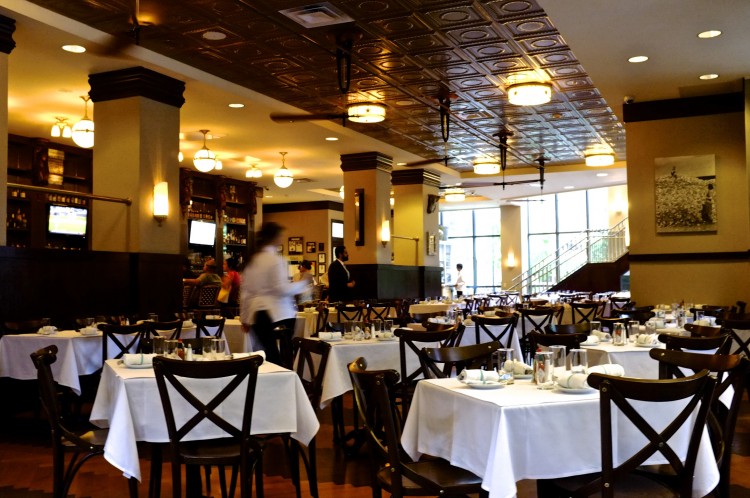