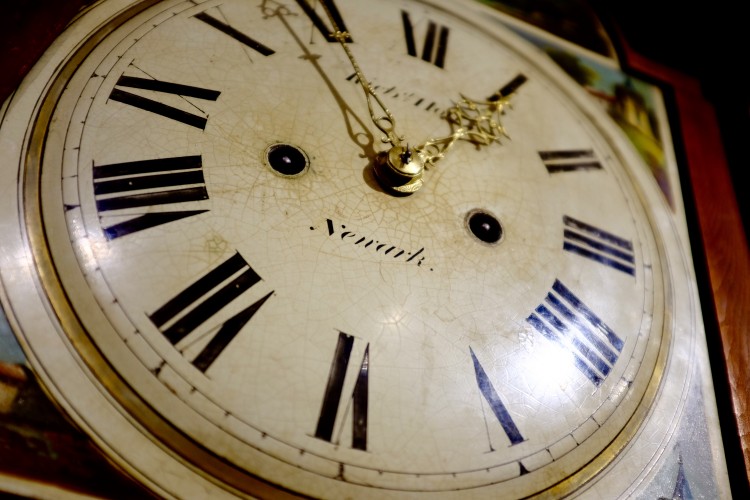 The 10:30 Virgin East Coast train from London’s Kings Cross to Newcastle put me in mind of Roy Budd’s superb soundtrack to the seminal seventies movie Get Carter.  He managed to build on the repetitive rattle of train on track mounting the tension as Carter returns home to uncover the truth behind his brother’s death and that’s just the opening credits. 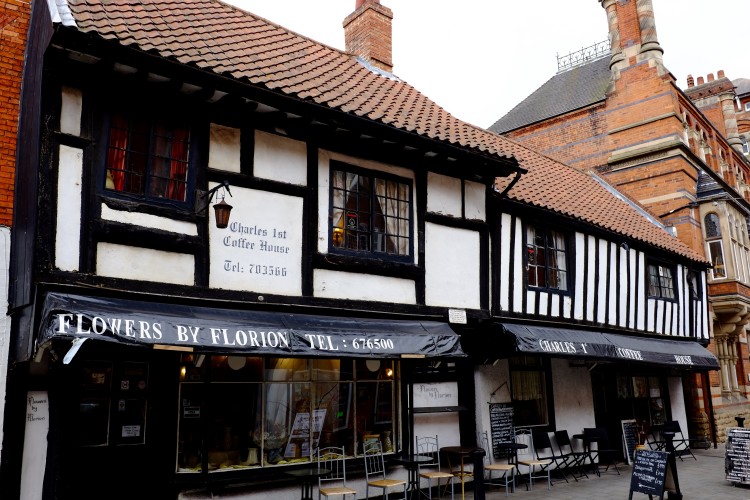 I was only on the train for 75 minutes and got off at Newark.  This pretty market town had a few secrets of its own as I found out over my stay.  This is historical country, much of the civil war’s most potent events occurred in this part of Britain.  There is now a major attraction to visit covering the history and the town’s involvement in the civil war.  There was also wonderful food to eat, a very chic boutique hotel to stay in and with a slight diversion to Nottingham I visited the National Videogame Arcade museum.  Over three floors and 33,000ft you can play, learn and develop games to your heart’s content. 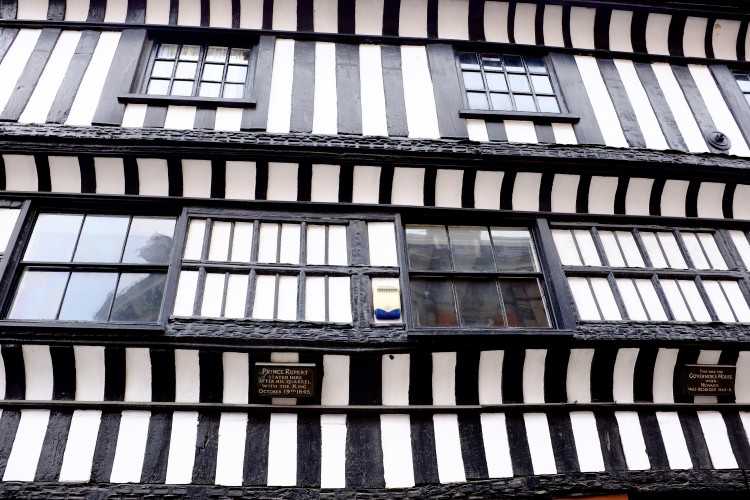 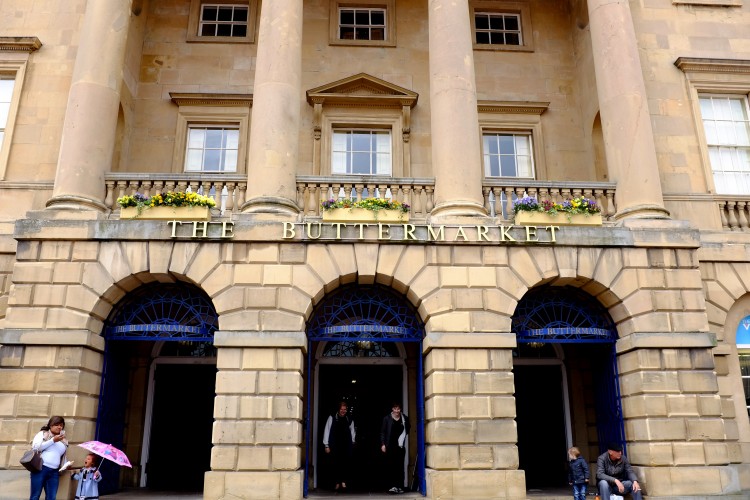 Walking around the market square in Newark was a reminder of how towns used to be, a central square where trade took place with the town hall looking on.  Just off the square in Stodman Street was The Prince Rupert pub.  This was more than a pub though, it’s all exposed beams and wobbly walls, steeped in history it might be but it was bang up to date with food.  My Caesar salad came in a flowerpot with the contents wrapped in newspaper. 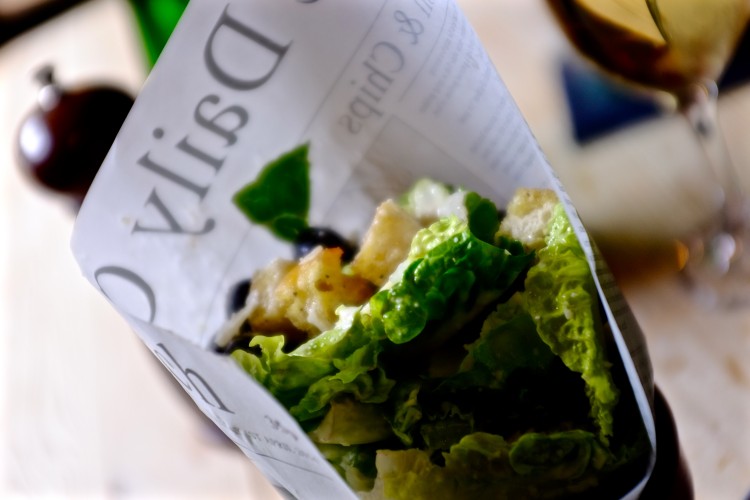 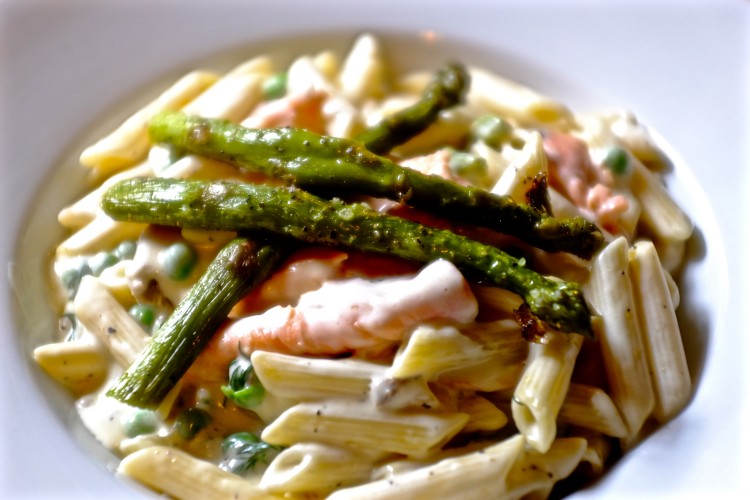 The smoked salmon and asparagus (from the seasonal asparagus menu no less) with penne and dill was beautiful and large.  And the classic jam roly-poly I had for dessert was not only delicate and sophisticated – it tasted of lost childhood.  This was a great lunch with friendly service and terrific food. 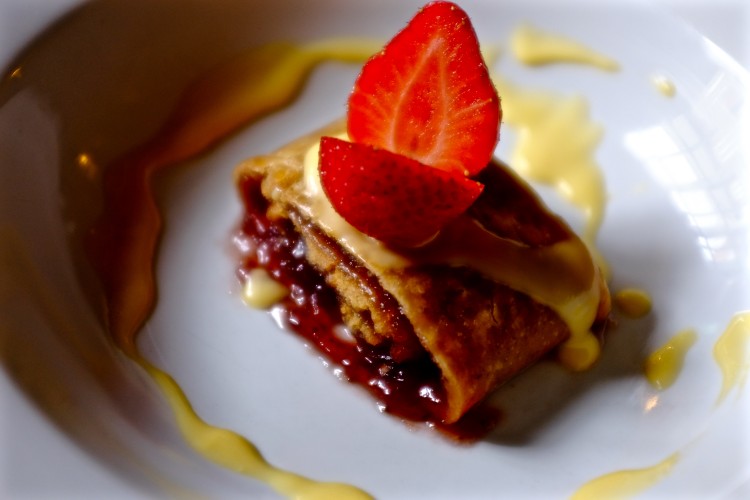 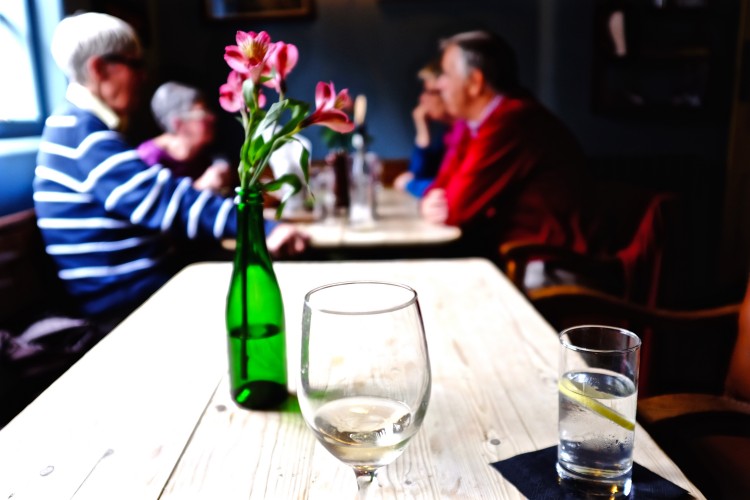 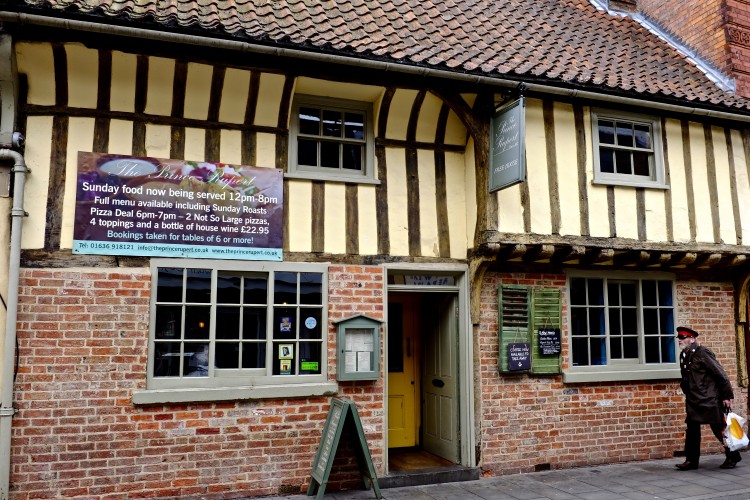 The brand new Civil War Centre is worth a visit.  They have pulled off the trick of making history interesting by not bombarding you with too many facts.  But should you wish to delve deeper you can, as there is a tremendous amount of information here.  The artifacts bring home the realities of life then.  You can even dress up (grown ups and kids) and selfie away.  It’s great fun but the best bit for me was in their cinema at the back of the large interactive room.  Here I saw two films (they have made six and are going to produce more) that are tableaus of life then brought to life with well-drawn characters and real life situations (Newark was under siege three times during the civil war).  Produced by Confetti a Hollywood grade production house based in Nottingham these short films are superb.  Adding depth and reality to a fascinating subject that we should all know a bit ore about.  A must see for all the family. 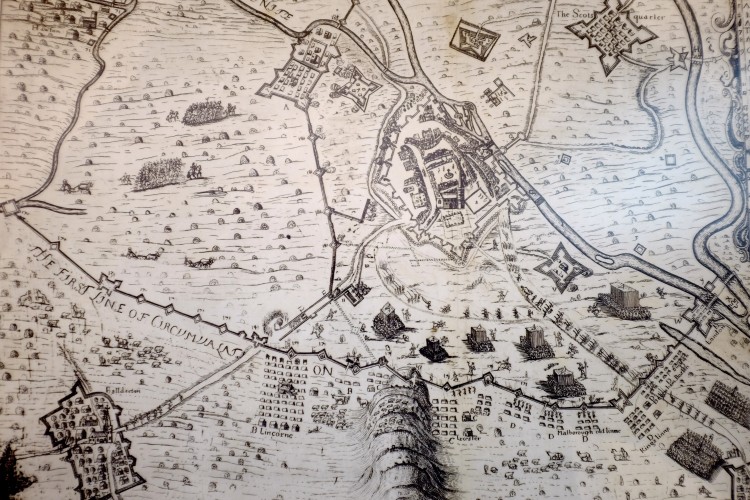 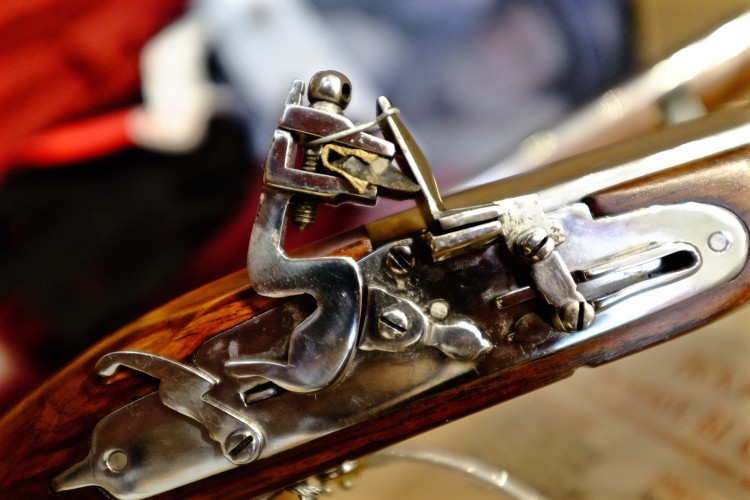 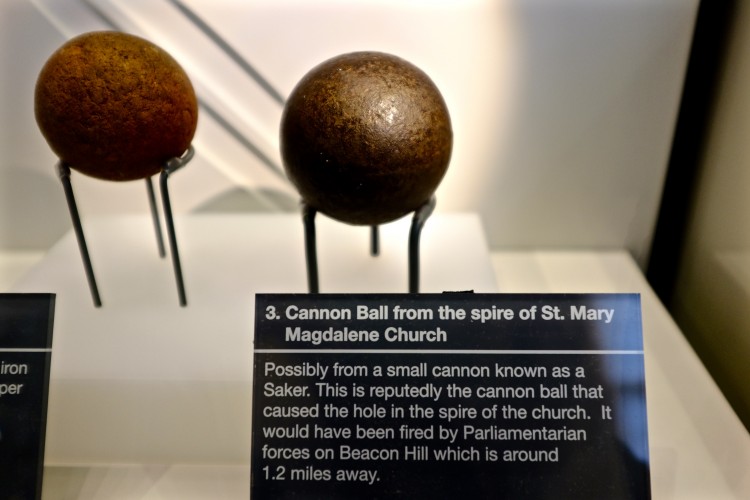 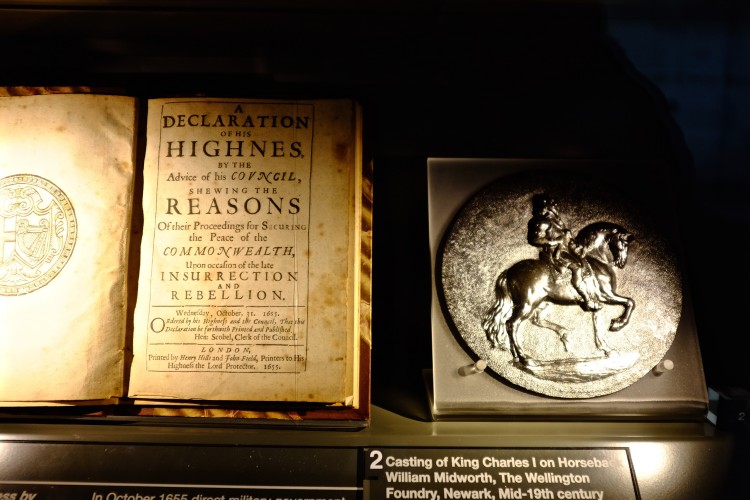 My next stop was an old 1930’s garage.  It may have been a petrol station that had attendants in the past but now it a curious hybrid of up market wine shop and restaurant.  Think about it.  You can eat here and buy your wine from a very broad selection much larger than most restaurants and pay the retail price with reasonable corkage fee.  Most restaurants charge three times what the wine costs (at least) so it’s quite straightforward, if you like a bottle of wine priced at say £10 it would cost £30 + in a restaurant.  At Ann et Vin you pay £10 for the wine and £6 corkage.  You are getting the wine half restaurant price.  They even had a chill blaster to reduce that essential summer rosé in less than seven minutes!  If that wasn’t enough they also hold regular live jazz nights. 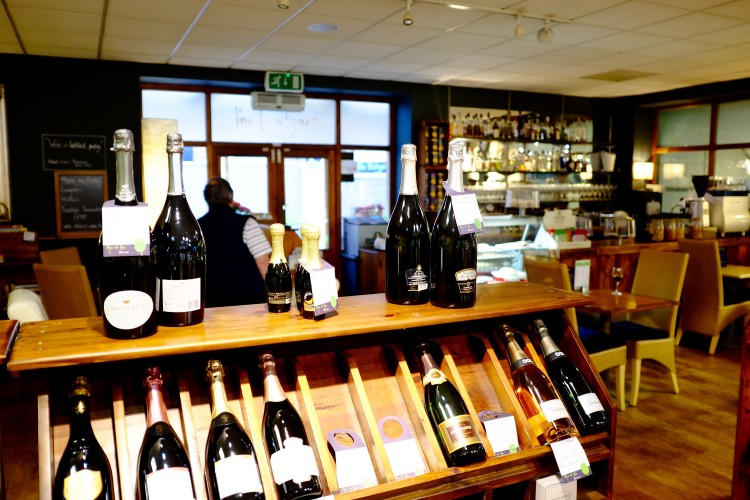 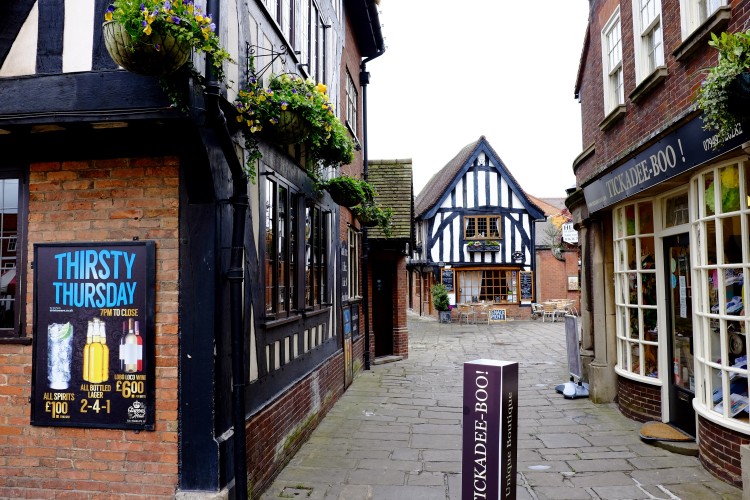 My room for the night was the gorgeous Kelham House country hotel.  Small but perfectly formed this was a good choice.  I was furnished with a vast room (executive) commanding views of the surrounding greenery and a very comfortable bed and fresh fruit brought to my room after arrival, a very nice and welcome touch.              Dinner was spiced crab bon bon with a pancetta mayonnaise.  It was very delicate, maybe too light on the ‘spice’ but delicious all the same.  The main was a local belly of pork with Asian spices and a cumin squash puree and pineapple and coriander finished with popcorn crackling.  Another good dish that was accomplished and tasted of what it should have.  The bread with thyme salt and butter is also worth a mention as it was divine. 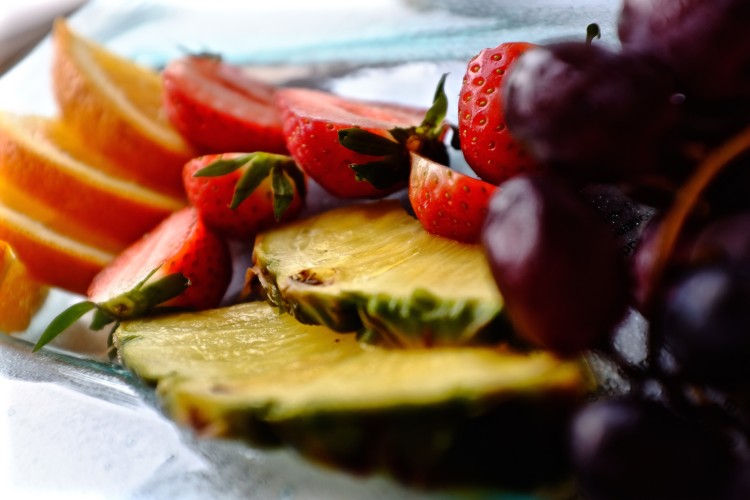 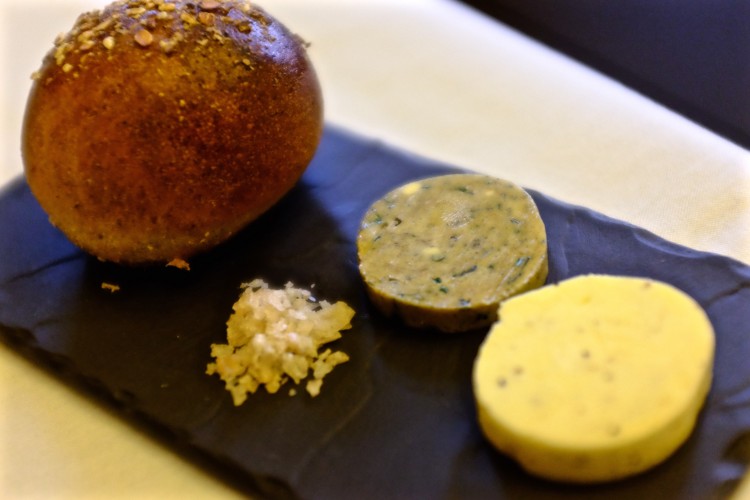 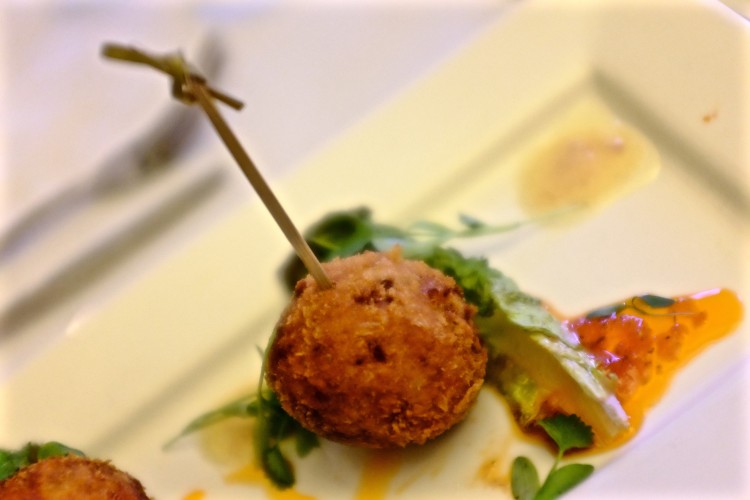 Lucy who had checked me in and brought the fruit to the room was also serving me at the table (they work them hard in the country).  She brought a cheer to every table she attended, smiling and assisting with menu choices where necessary, a real asset to a small hotel that will live on its reputation. 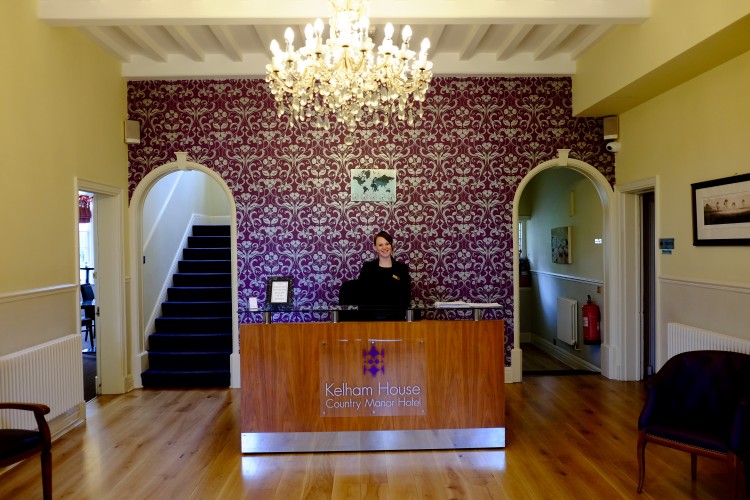 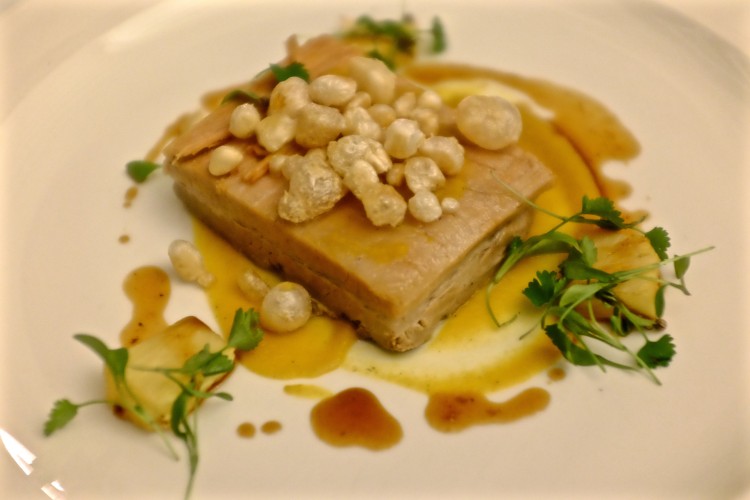 My final was a fine selection of cheeses.  I felt very well looked after and thoroughly content after a day of travel and learning topped off with a good meal.  This is really what country hotels are all about, that extra level of service that puts them apart from the chains. 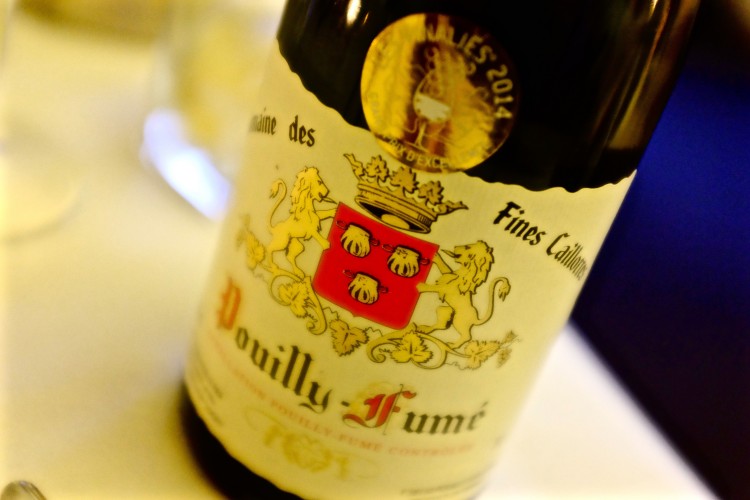 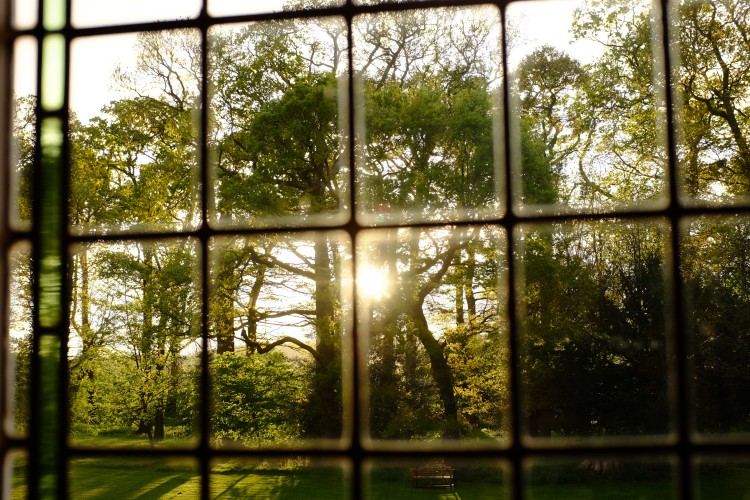 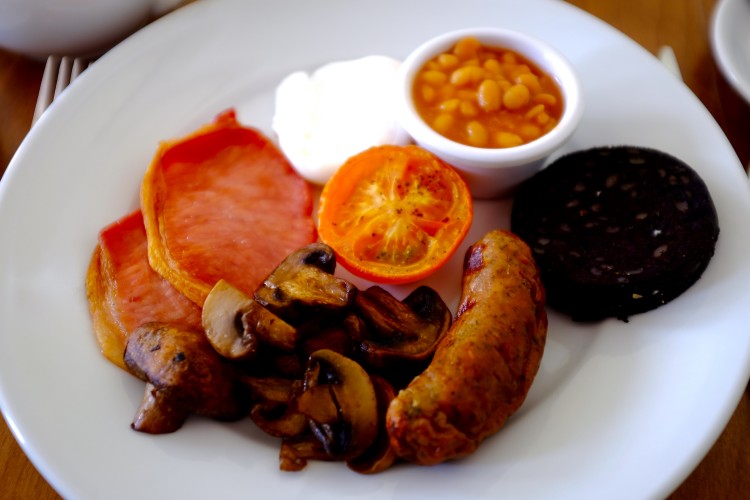 A good solid English breakfast later and I found myself at Newark Castle station to catch a train to Nottingham.  I had heard about the opening of the National Videogame Arcade and was curious.  Never having been really a video game player I wanted to see what all the fuss was about. 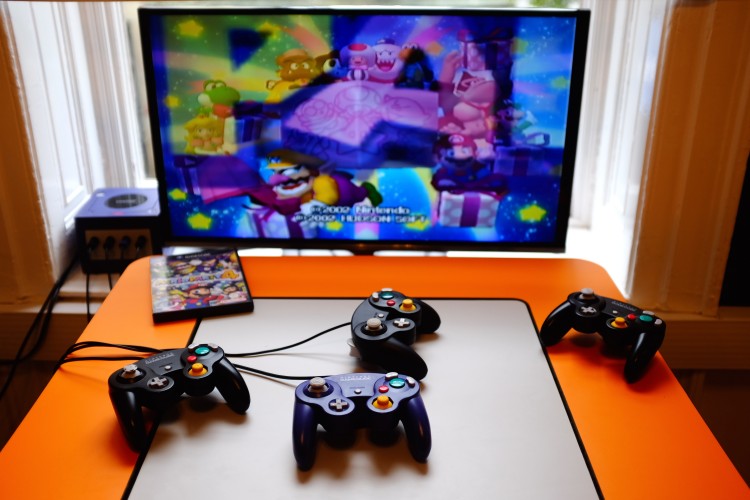 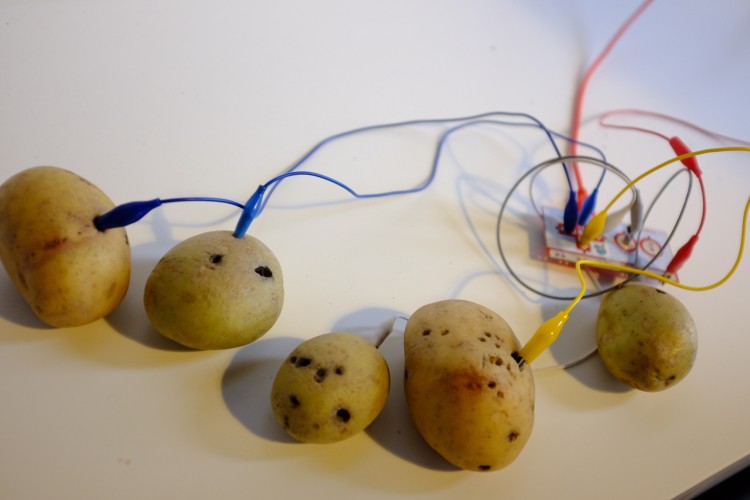 Located in the creative Lace Market area of Nottingham the museum is a hybrid of sorts.  One part historical game console heaven where you can relive those precious moments of long ago on what we all thought were obsolete gaming devices.  The other interesting angle they have embraced is learning through game play.  Working with the world’s leading game designers they have collated a programme of educational interfaces that allow you to learn through play by designing your own games and rules in some cases.

School trips are big here such is the museum’s pulling power.  In the Toast canteen where they only sell toast with different toppings (very nice they are too) you can go back to another era again and play board games all day if you wish.  They have stacks of Mastermind, chess, Monopoly, Cluedo you name it they have it.  It was an eye-opening visit for me that brought a new level of understanding to the esoteric world of gaming. 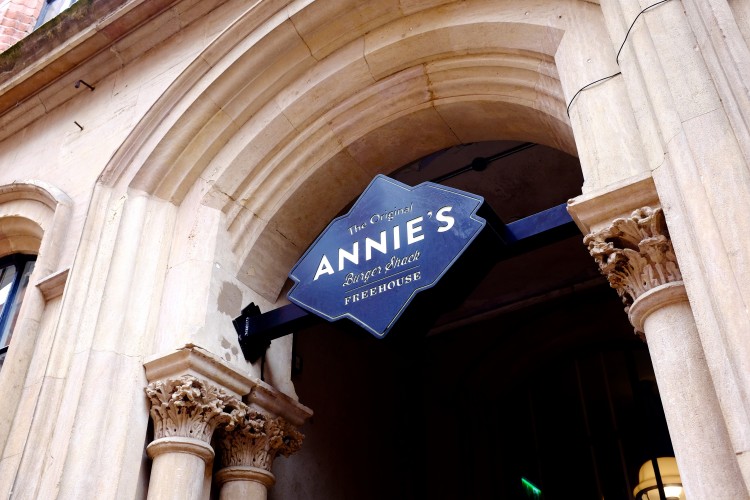 All that brain draining was producing a hunger that chimed with lunch.  So off to Annie’s Burger Shack in Broadway, Lace Market, Annie is from New England and has been here working her magic for six years.  There are burger joints and there are burger joints, this is a very good burger joint.  It has candles in jam jars vibe with a lot of local wood on show and plenty of room for families to spread out.  With an astonishing amount of burger toppings to choose from (32 in total) as well as curly, skinny, homemade Cajun or salt wedge fries to think about it took some time to read the menu. 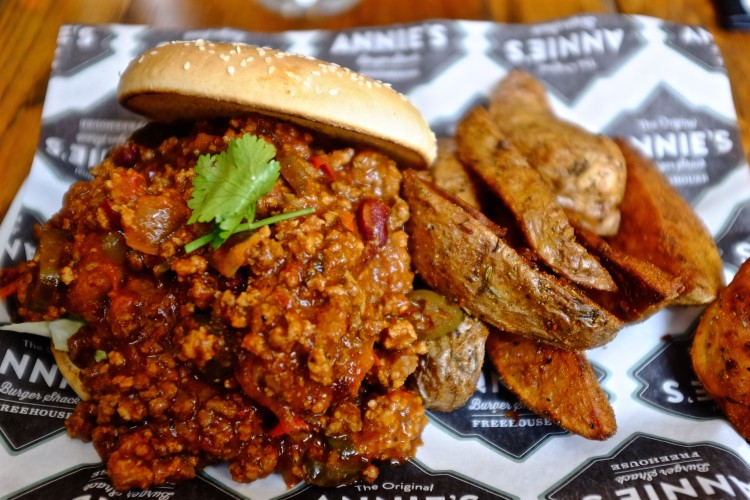 I settled on a sloppy Joe, which came with chilli and some Cajun fries.  I was asked how spicy I wanted it (about medium) and it came as ordered.  The burger was great, Annie uses an authentic beef/pork mixture from local farms and paprika is added to give them a pink warm glow.  A word of warning, don’t plan on eating later in the day after one of these.  It was filling to say the least but really tasty.  If you get to meet Annie she’s a real ball of energy, I couldn’t help but get enthused by her sheer love of what she does.  It rubs off – the staff were jolly and happy in their work. 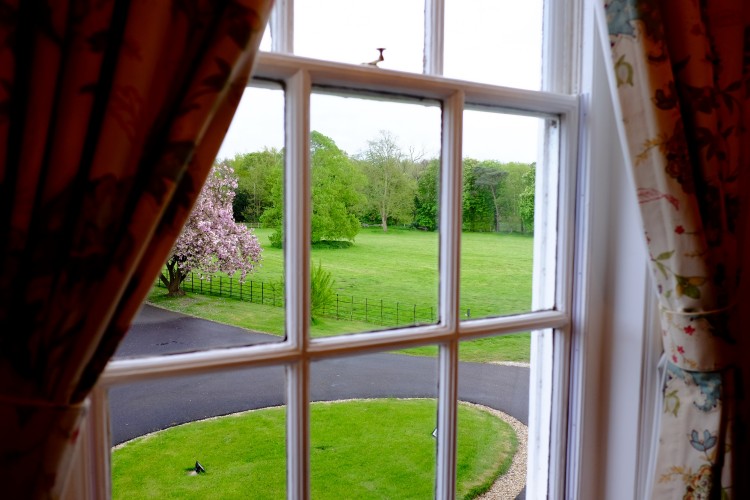 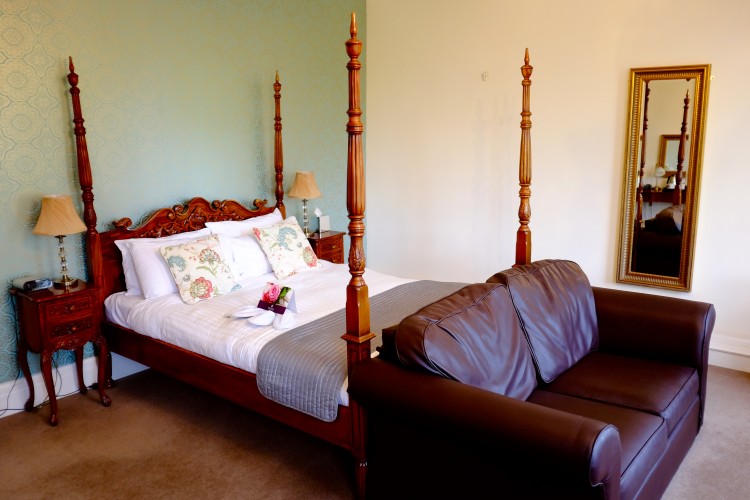 As I sat on the train on my way home with Roy Budd’s theme nowhere near my mind I concluded that Britain has so much to offer it indigenous tribes.  A day or two up north for a southerner is a beautiful thing to do.  I don’t know about Get Carter but I get Nottingham loud and clear.  I learnt a lot, ate some brilliant food and was already planning my next trip.  Where will I go next I wonder? 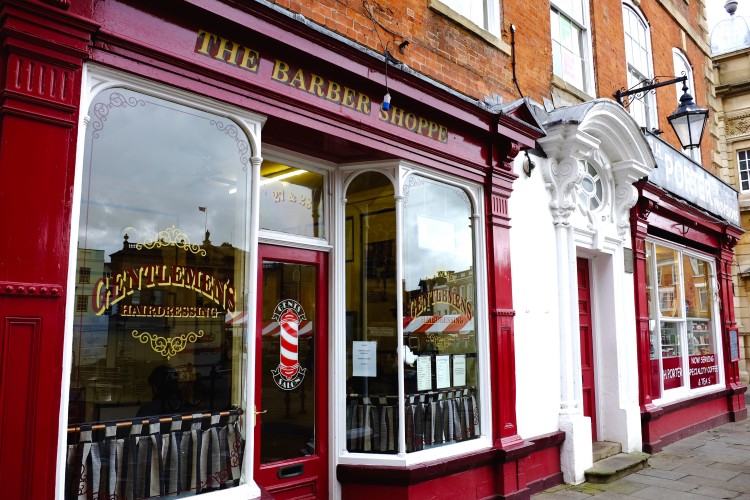