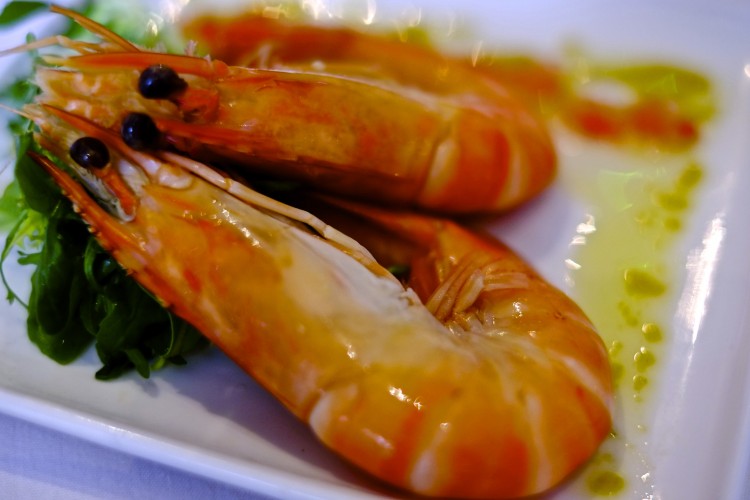 In a completely unassuming location in Battle’s High Street sits Nobles.  So unassuming is it that we couldn’t find it at first and walked straight past it.  But once safely ensconced it didn’t matter.  Grace who looked after us had only been with Nobles for a couple of weeks.  You’d never have known, she answered all of my questions straight away or went to find out the answers.  I was impressed with her unobtrusive yet personal service.  A little smile or helpful comment here or there can make a world of difference to a successful meal. 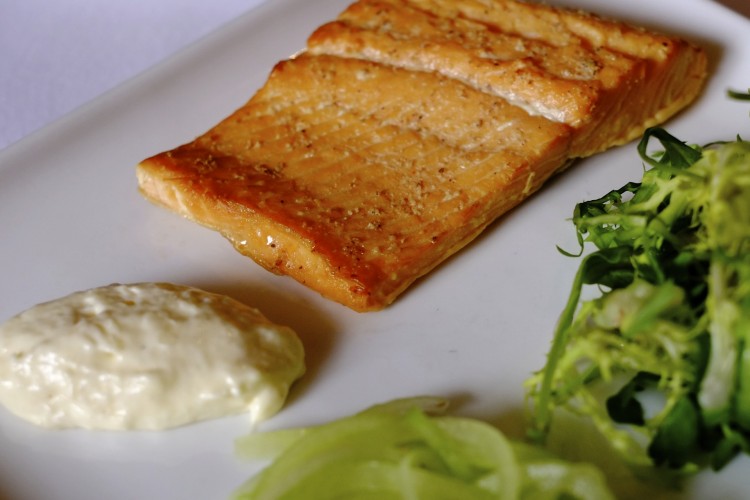 They have a set menu of one, two or three courses costing between £10.66 and £19.50 or an a la carte menu.  Also available is a changing children’s menu. Our youngest chose steak and chips from this and it was excellent.  We asked for a starter of crudities, which wasn’t on the menu and they obliged, coming with a ramekin of humus.  So he was all sorted and very happy.  From the a la carte we had home smoked rainbow trout with a horseradish cream.  Created by somebody who knows how to smoke fish it was subtle but never weak and for me the cream was spot on.  Jumbo prawns were indeed ‘Jumbo’, you get two and a little chilli salad with lemon and lime dressing, and our fourteen year old ate this without saying much and pronounced, “Yeah, that was really good”.  He has become my main shellfish and seafood taster and he is rarely wrong.  My chicken liver parfait was very light and had a spiced apple and sultana chutney and toasted bread.  All that I was looking for was on my plate, a crunch, an acidic hit and an earthy liver. 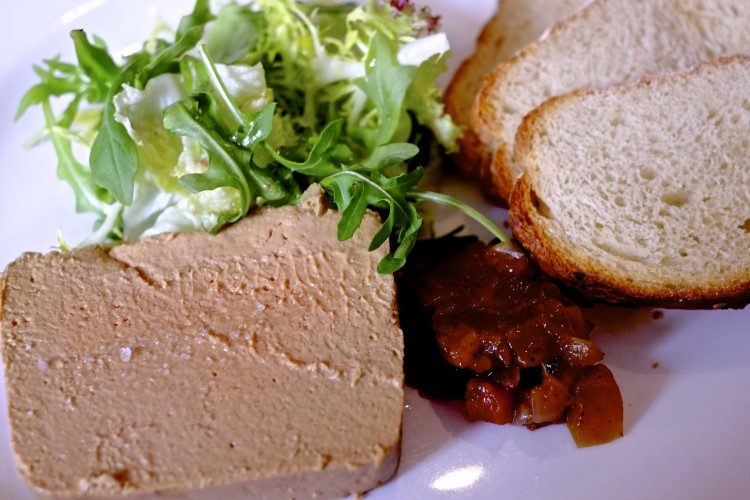 We had found ourselves in this part of the world to discover 1066 Country.  Battle, Hastings and Rye to name a few of the areas all associated with Harold, William and that battle.  The Abbey is a must visit, built in 1094 to commemorate the famous battle is has a great hands on area for kids, superb ruins to wander around and great gardens.  It is also a short walk to Nobles (look for the sign!) 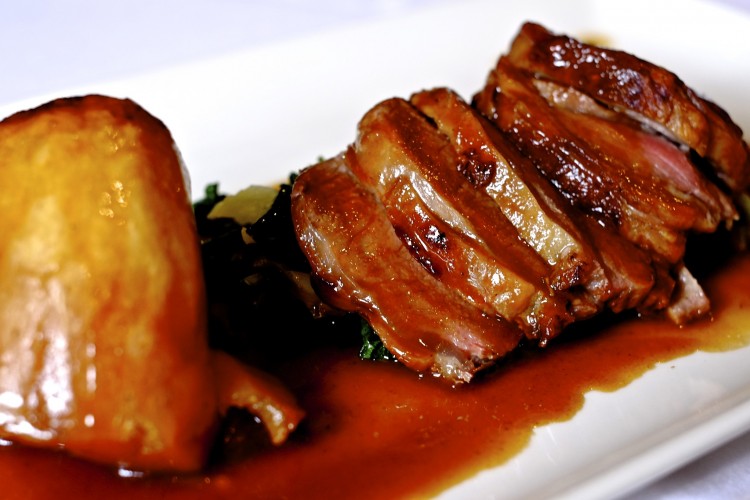 The mains kept the standard high on the whole.  A roast loin of local lamb (the butcher who supplies all the meat is directly opposite the restaurant) had great flavour but wasn’t served pink.  My Battle pork (Paul Noble is very keen on local) done three ways was very good.  Inside a couple of sweet potato croquettes were little pearls of black pudding, the cabbage and bacon hit the spot.  The main event was a sausage (from across the road of course) a meatball, which was well seasoned and the best of the lot braised belly.  This had a strong but not overpowering note of aniseed, Paul confirmed it is marinated is star anise, cinnamon and a few other secret spices.  This was fabulous I enjoyed all of this plate but loved the belly.  It had a good texture and faintly oriental taste. 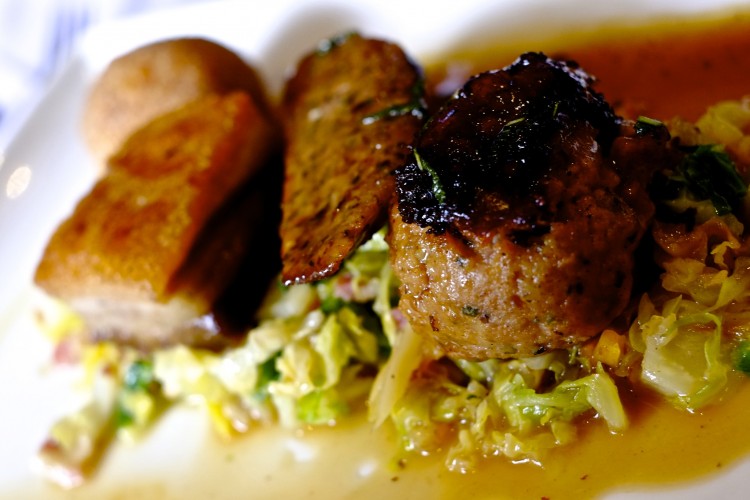 Nobles is worth going to if the weather is good as they had a small but delightful rear garden patio with three tables and ancient flagstones.  Paul and Debbie have been in Battle for six years.  Paul has worked at The Goring, The Royal Crescent Hotel in Bath and a string of other successes.  A chef for thirty years Paul decided conquer his own domain with Nobles.  I’d say he has done just that, we went on Saturday lunchtime and it was fairly quiet but the phone didn’t stop ringing with bookings for the evening. 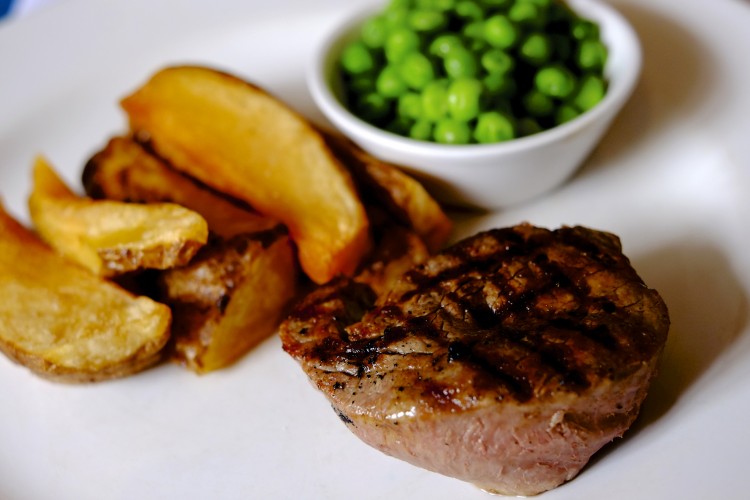 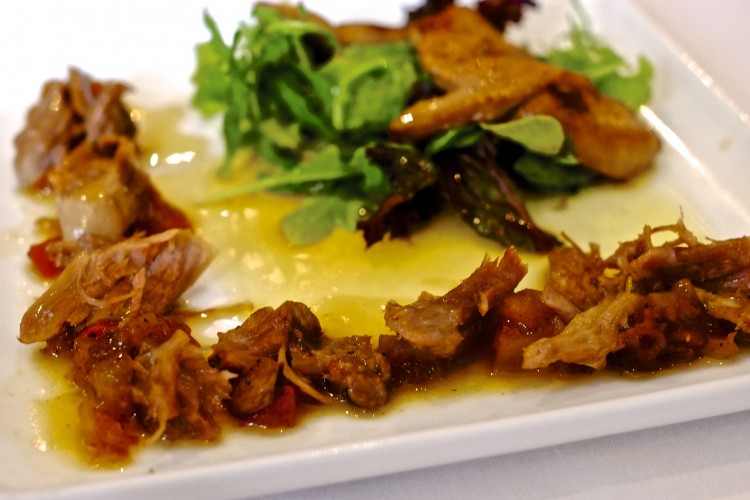 Desserts were all good as well.  Stand out iced cherry parfait was the winner here.  Not only sophisticated and grown up but a well-balanced plate, again our fourteen year old had chosen well.  M had lemon and lime mouse with raspberries and a spoonful of lemon and lime granite.  She loved it, very bright flavours and well made.  I went for the cheese-board, as there were a couple I hadn’t tried before, notable the Wealdway Ash, which was really lovely and acid.  The others were all good with a special commendation for the Kentish Blue.  The eight year old was being a bit fussy and wanted two desserts, thankfully they do mini sized portions so he had his wish.  Fresh strawberries from an allotment 100 yards away and Bramley apple sorbet arrived promptly.  He ate it all very quickly. 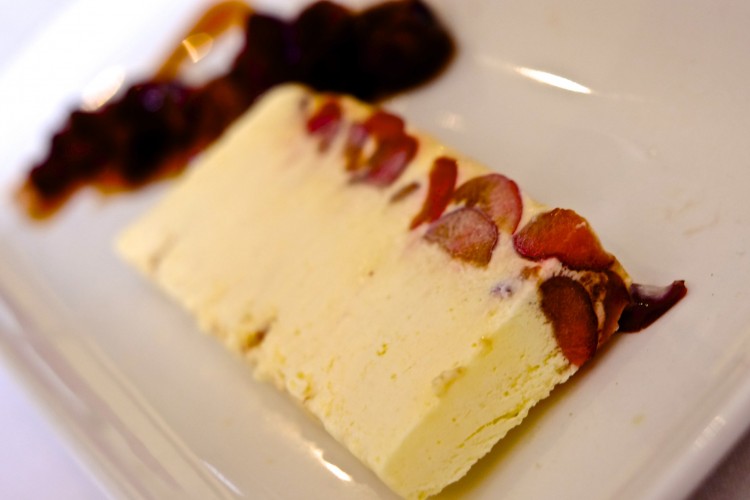 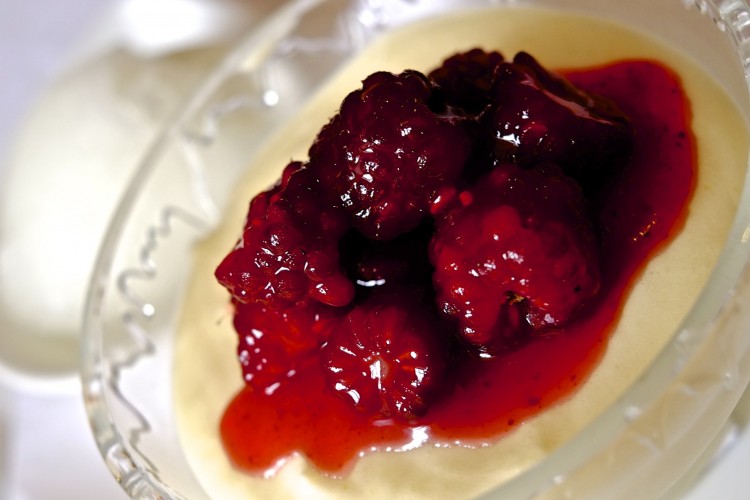 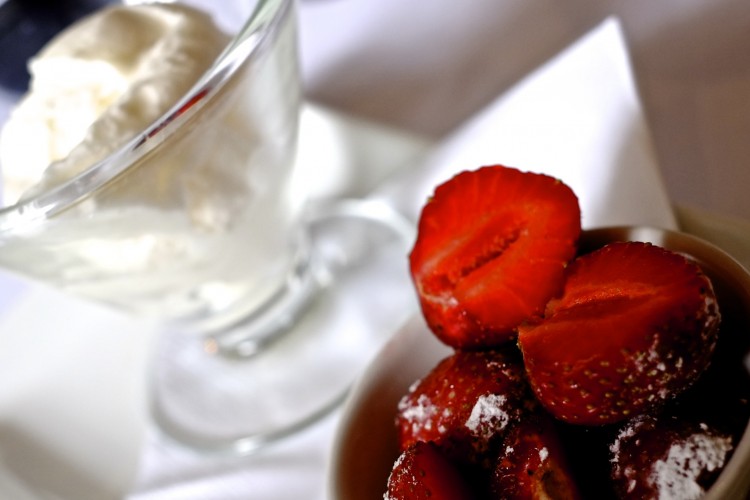 The food that Paul Nobles is cooking here has a solid background and is based on classics.  There was nothing bad at all and a couple of stand out moments, notably that pork belly, go for this if nothing else.  You should be able to get a table if you book, the main battle (sorry!) will be finding it. 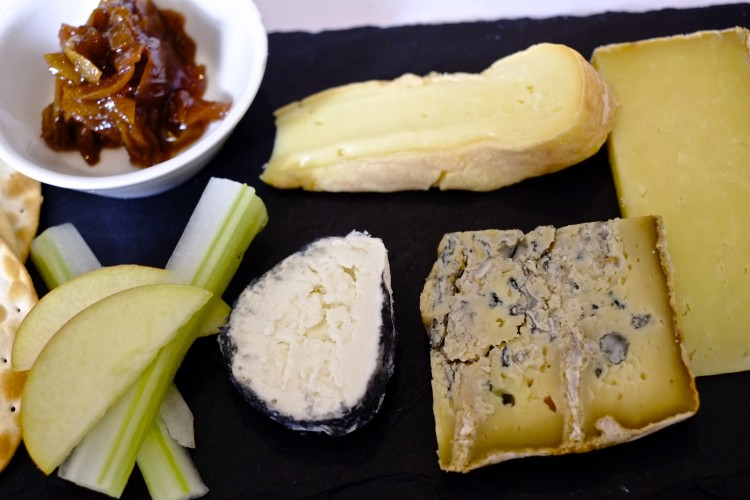