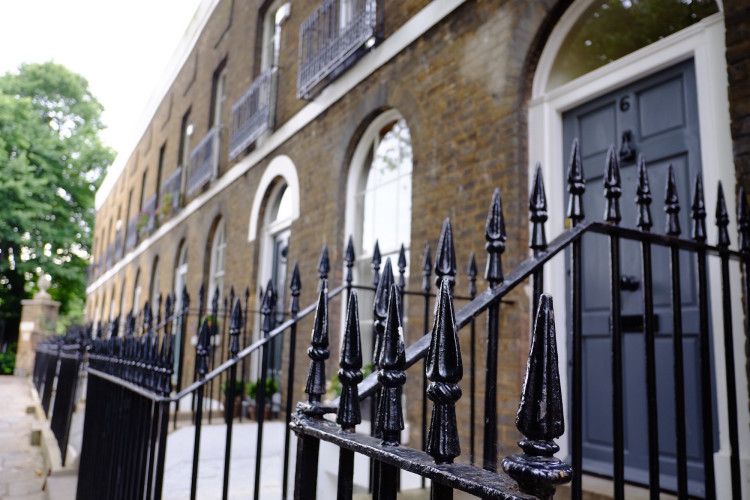 Greenwich is one of those places that most of us have heard of but not all have been to see it in it the flesh. I recommend you do as it has just about everything you need for a perfect day out. 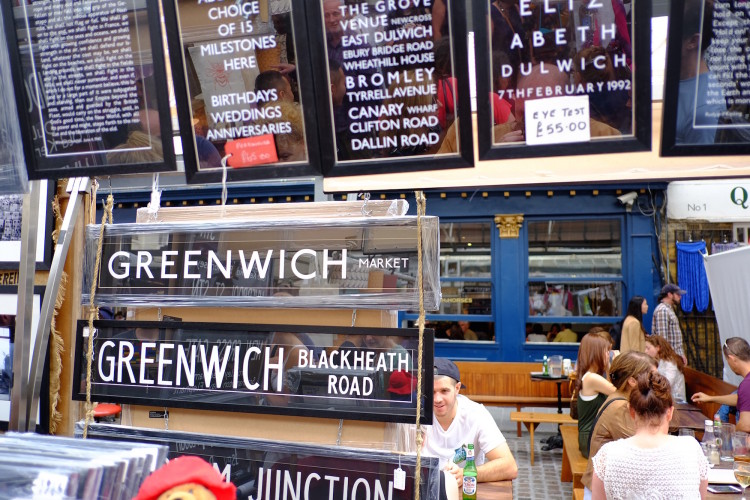 I had decided to have a bit of bonding time with my youngest son who is 10 years old. Now normally bonding means just being in the same room as him and his 3DS or tablet. Not many words are spoken but it seems to keep both of us happy. This time I thought we could stay over in the family friendly Novotel in Greenwich and explore its environs together. 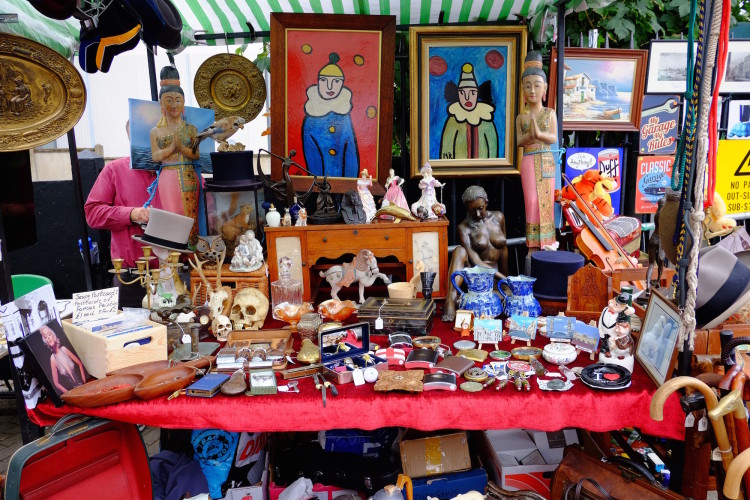 The first thing to appreciate is the best way to ‘do’ Greenwich is to arrive by train. The hotel is literally next-door and parking can be a problem. Greenwich is small and quirky so more enjoyable on foot. As we checking in my son Atticus was given a wacky straw kit and a pair of Angry Birds headphones as a welcome gift. This put a big smile on his face as he immediately saw the fun to be had with a build your own straw kit. 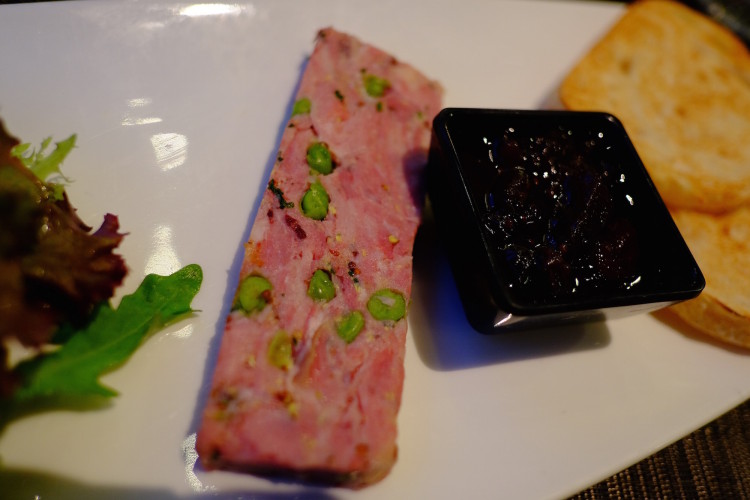 The hotel is really comfortable, great common areas and our room, furnished with twin beds bath/shower room and a separate loo met our needs exactly. It’s also very quiet due to super glazed windows. Having unpacked our case we headed on down for dinner to the restaurant, Elements. 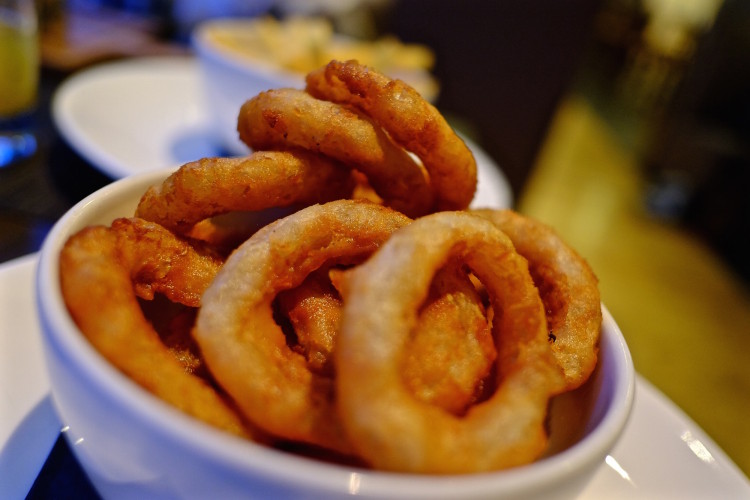 Abou, our server clearly has a way with children and won Atticus over straightaway. I was relieved to see four other families dining. Sometimes when out with your kids and you are the only one in a restaurant it can create an atmosphere that shouldn’t be there. None of the other groups were in any way noisy or disruptive but it felt comforting to be part of a few. 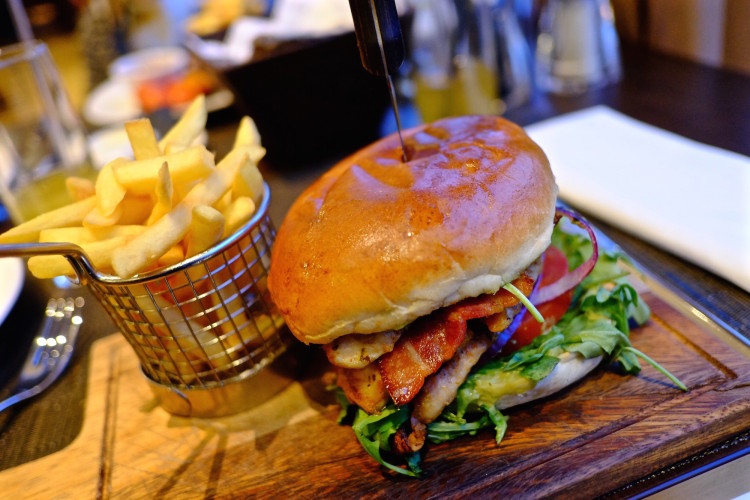 Now this is where things started to get even better. A meal deal was on offer giving an adult three courses for £16 and any children under 12 could eat for £4. They also offer an a la carte menu. Atticus is at times brave when it comes to food choices so was happy to pick pâté as his starter and I chose a pressed terrine with peas. Both were very good. The food here is international so there’s something for everyone. Abou asked how things were going and couldn’t stop laughing at Atticus and what he had done with his straws. He had ordered two types of apple juice (well, why not it was dad and son bonding time) and then created an inverted Y shaped straw so he could drink them both at the same time. A kind of dispensing apple cocktail if you will. 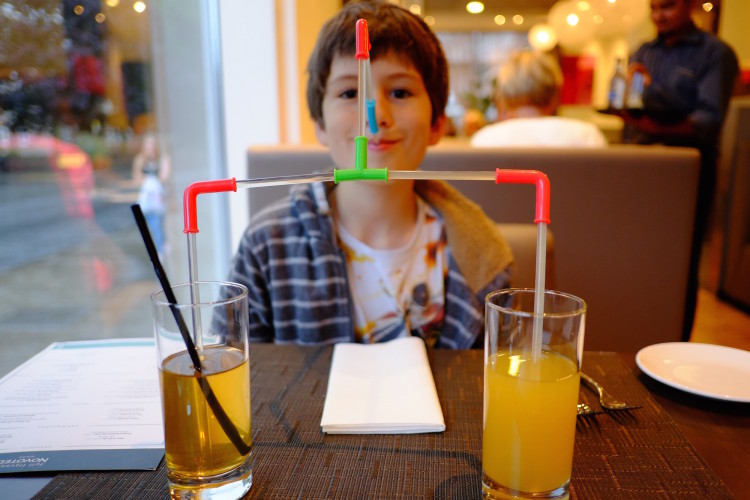 The mains were no less impressive, I chose a good sirloin steak with a pepper sauce and Atticus had a whopping fully loaded burger. Onion rings and fries made up the rest. The food was exactly what we ordered in that it came with no surprises or ‘added’ flourishes, refreshing in these days of swirls and smears adorning many plates. 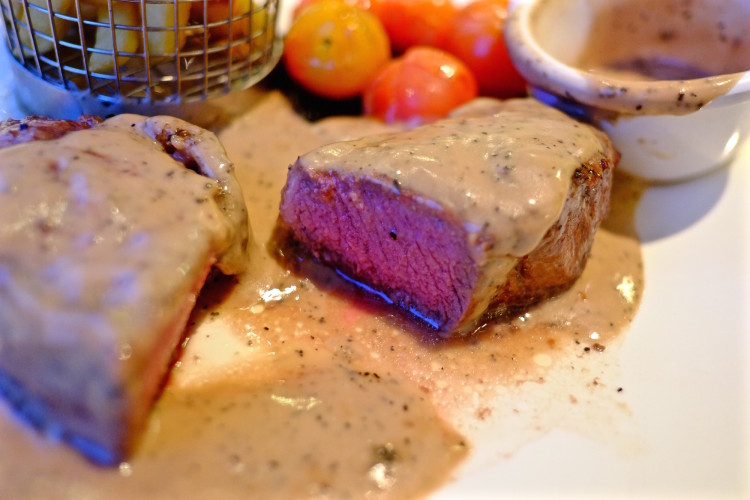 We chatted about what we might do the next day. There really is so much to do that we couldn’t possibly cover everything. There is a great cinema that has comfy seats and a bar (for the grown ups), numerous restaurants and the covered market. The stalls are full of interesting toys, crafts and great world food. Lots of independent shops line the edge so it’s a super place to pick up an unusual Christmas gift. 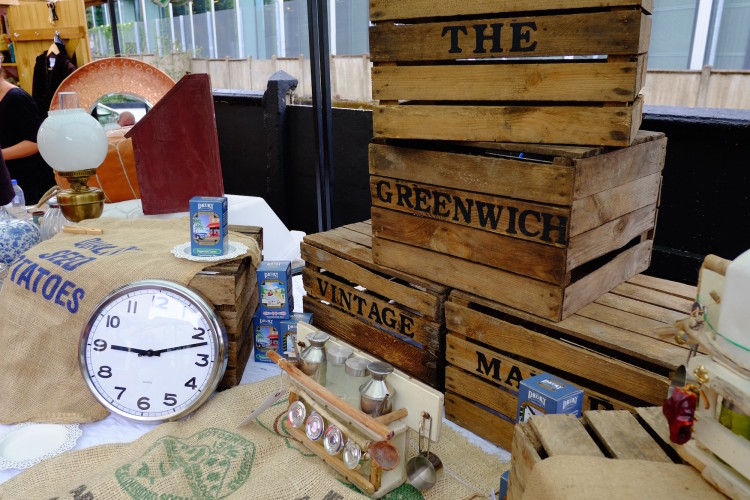 There are three other historical (probably more but I’ll just cover these) places that are worth looking at. The first is the newly restored Cutty Sark. After a fire a few years ago she has undergone a brilliant restoration and now sits in dry dock (you can actually walk underneath the ship which is a bit unnerving). On board there are plenty of nautical interactive games on giant screens and films to show you what it was like when the fastest form of transport in the world was a tea clipper. The navel heritage of Greenwich, is well catered for with the National Maritime Museum, here you can see J. M. W. Turner’s largest painting, experience London’s only planetarium and see the uniform Lord Nelson was wearing when he was shot at Trafalgar. The last and by no means least is the world famous Greenwich Meridian Line. All points east and west of the globe are measured from here. 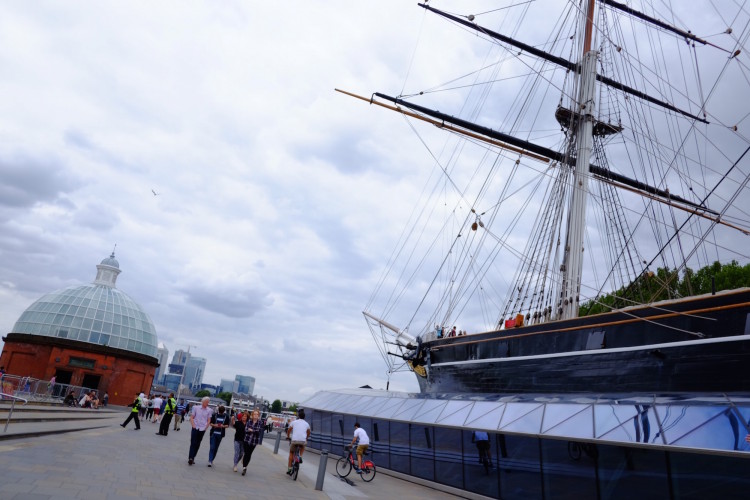 Pudding for Atticus was a chocolate fudge cake that barely required a plate he ate it so fast and I chose a selection of cheeses. It was a fine meal and as the evening had passed I noticed a small procession of younger diners walking near our table to catch a glimpse of Atticus’ Heath Robinson like straw device, smiling as they passed. 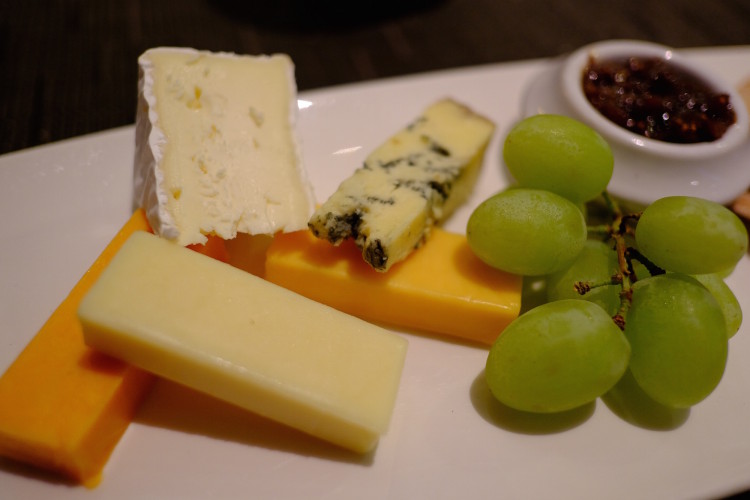 After a good night’s sleep we headed down for breakfast where Atticus was enamored with the cornucopia of cereals and fruit on offer and I chose a full English. The sausages were of particular note they were from butcher Fairfax Meadow. 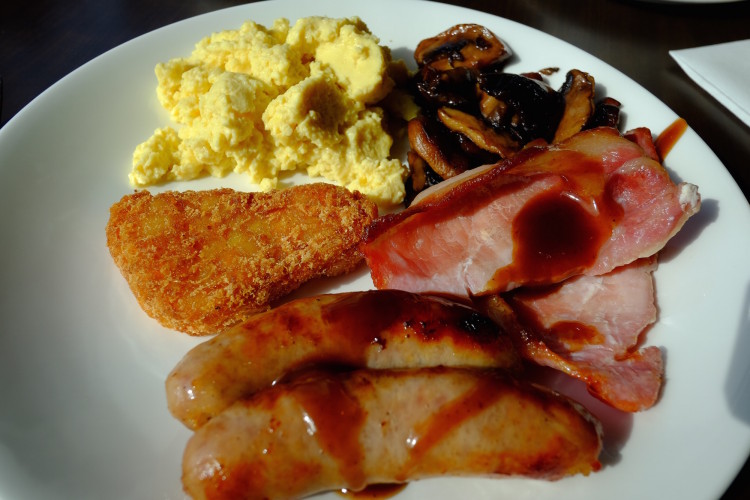 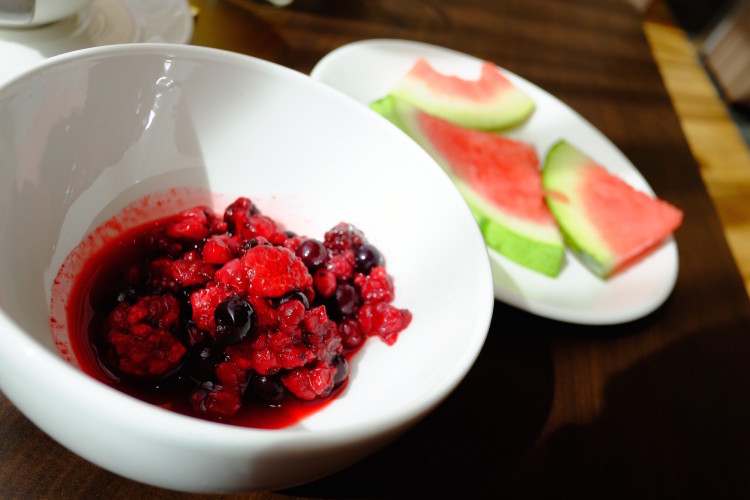 The day was just beginning though so we ate up and returned to the room to pack. Asking Atticus if he packed everything we left. The day was a great success and it was only when were home (which was not too far away) that I received a call from the front desk of the hotel. “You have left a tablet here Mr. Hennessy-Vass” I asked Atticus if he could show me his tablet was. “Sure” he replied. I watched as he opened his suitcase and rummaged around to no avail. He looked worried and very disappointed “Sorry dad, I’ve lost it” I told him that he had left it under his pillow at the hotel and I was going to collect. 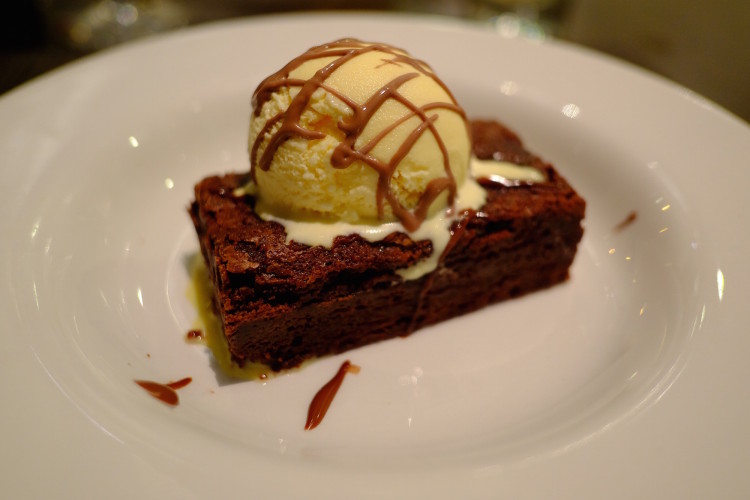 The lesson here is that if you’re taking your kids to Greenwich for the day then they don’t really need their electronic paraphernalia as Atticus proved there was so much to do he simply forgot all about it for a day! 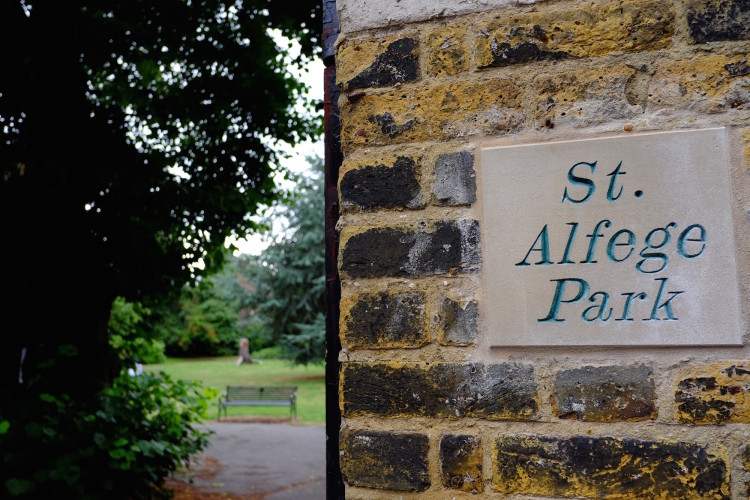 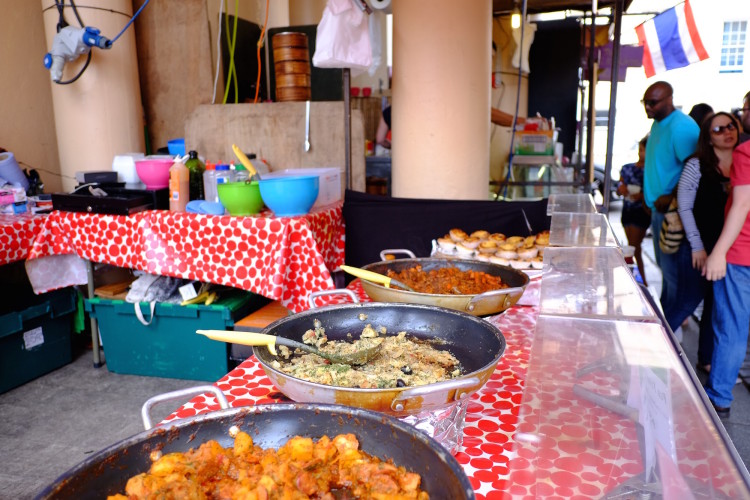