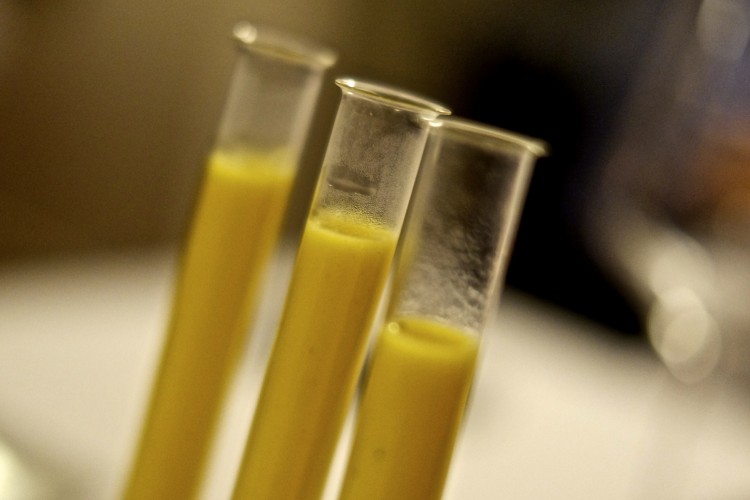 The food scene in Köln or Cologne (as we know it) is thriving. I have visited many times and have always been impressed with the diversity and quality on offer. They also do something I wish British restaurants would do; provide secret or surprise menus. As well as being fun it’s also sensible for the kitchen to manage their stock levels. 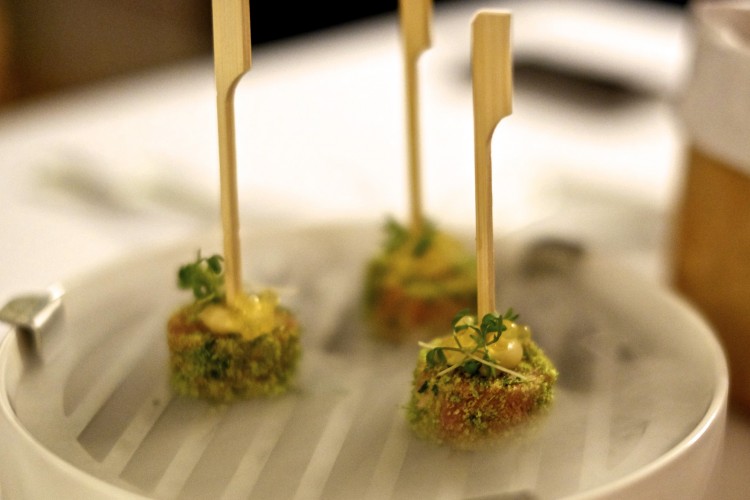 I was in Cologne on a travel assignment staying with some good friends K and U. They are venerable restaurant goers and have the ability to spot up and coming talent, the best time to spot any talent I think. The ego isn’t there but a hunger for success is and they often produce some of their best work. All these attributes are clear and present at Ox and Klee run by Daniel and Felicitas Gottschlich. 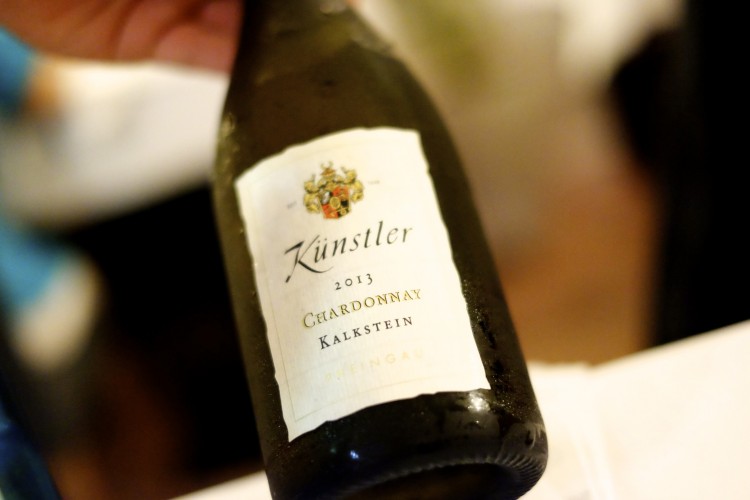 Ox is self-explanatory and klee is German for clover – the diet of the ox one presumes. This small restaurant (less than 30 covers) has a large board up with prices corresponding to the amount of courses you have. They also have an a la carte menu but we didn’t look at that. I’m getting ahead of myself though, initially you are presenting with an aperitif menu. We chose something fizzy with a fruit flavour added. 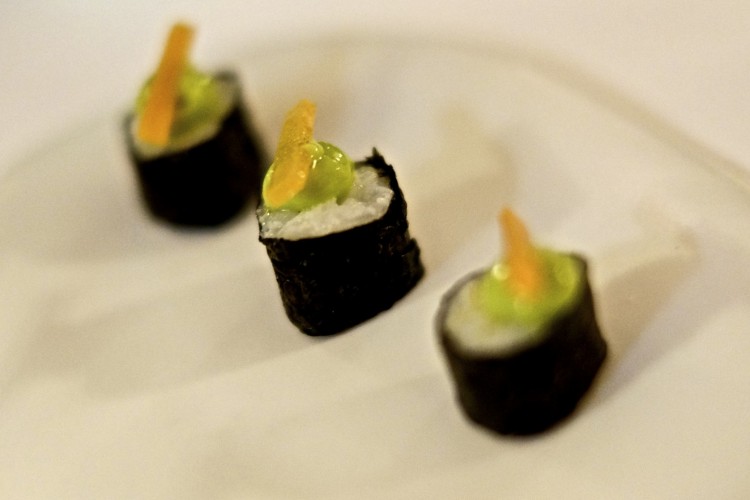 U and myself were up for a feast but K had her eyes set on less so rather wonderfully she was missed out on a course while we munched on enjoying every mouthful.

It’s a bit misleading that they state how many courses as we chose four but had many more inter amuse bouche than I can recall. A plate of small sushi came with a couple of companions, test tubes of carrot soup and lollipops of steak tartare. This was visually fun and playful but they also tasted good. The soup was very creamy and the tartare melted in the mouth my only comment would be that the sushi was the strongest tasting of the three and overpowered the other two. 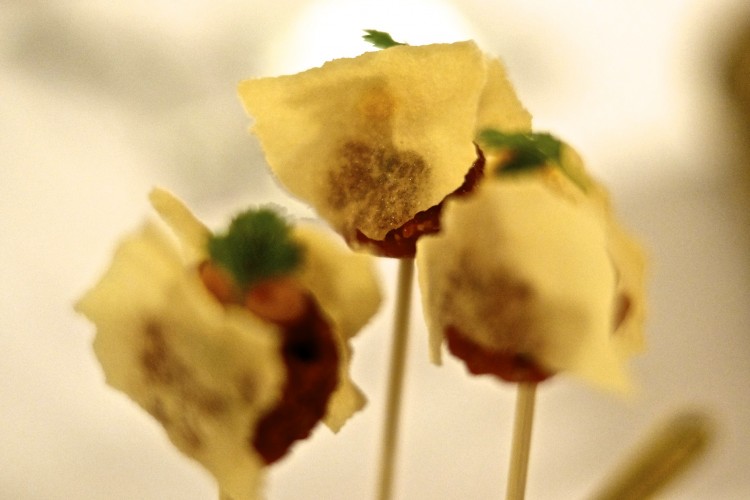 The wines here are extremely good. U has a depth of knowledge that requires me to sit, watch and taste and totally agree with him. All the wines we drank were exceptional. There is a little bit of performance from the front of house, which was perfectly acceptable as the setting is not formal and very relaxed. 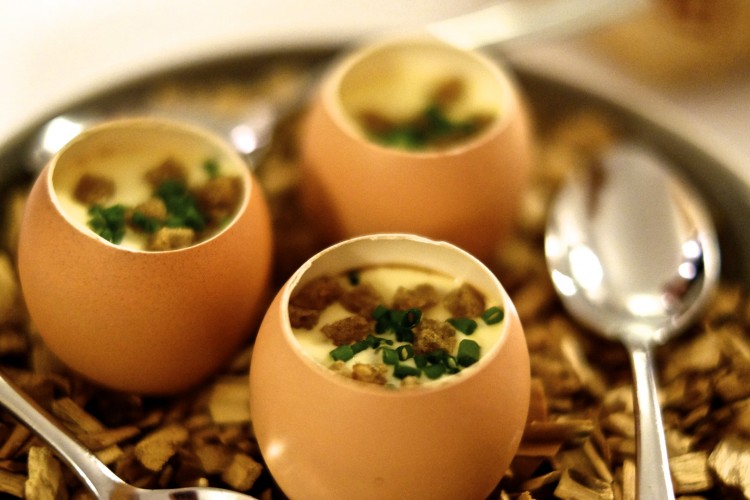 Next up came a little grilled pork on a stick. This was turning into a dinner of precise cooking with flavour as the reference point. These lasted about 10 seconds. A brilliant Carpaccio of wagyu with tiny mushrooms, tarragon and shallots swiftly followed this. This was a great dish I could have eaten it a few times over. Soft and full of taste with a delicate touch of subtle decoration, it must be said that the food here is prepared with love. Everything looks beautiful. 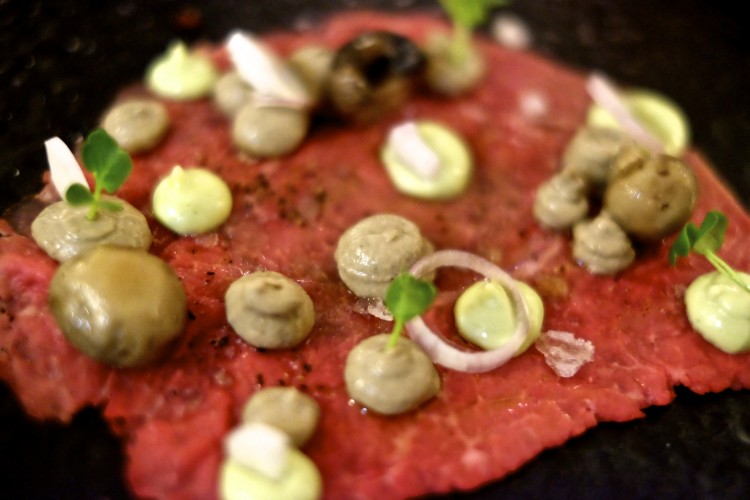 We talked about my trip and how much ground (or little) I had covered in my brief time in the city. My hosts were impressed as I rattled off a lot of information gleaned from my tour of the city by bus but less enamored by my mispronunciation of every German word I tried to use. They are of course perfect English speakers so I was humbled as usual by my lack of their mother tongue. 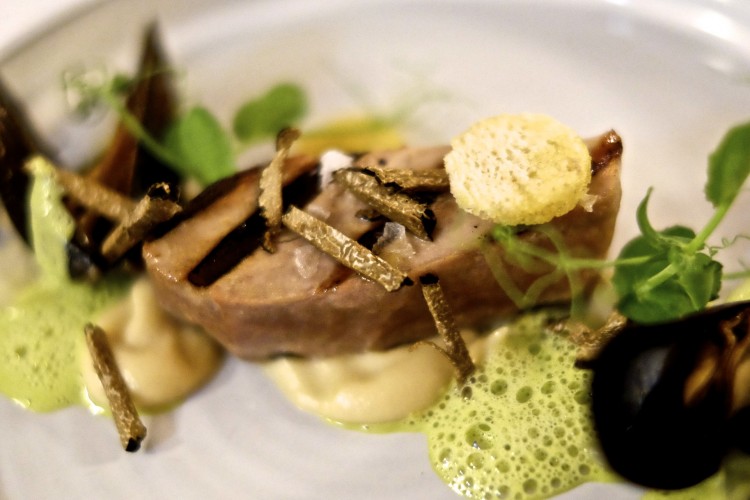 Time for some more fun, an eggshell with new contents presented itself. The creamy eggy filling was smooth and subtle and yet again showed us a deft hand in the kitchen. We (the men) chose to have a fish dish, which K opted out of (I think she might have regretted that) Our only just seared tuna with turnip puree and shaved truffles was a triumph of minimalism. Daniel knows exactly what not to do with tuna – over cook it. It was fresh (from the Maldives) and the texture told me it had been expertly prepared and cared for. 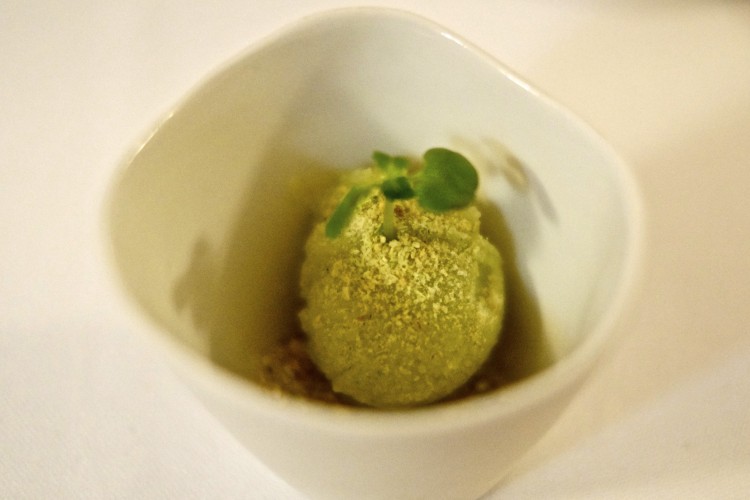 A small sorbet of apple and a touch of fennel cleansed our pallets with ease and we prepared for the main event. The staff know how to pace an evening at Ox and Klee. The gaps between each course was just about right – quick with the smaller taster dishes but longer between the fuller flavoured mains.

Iberico pork served in a healthy loin cut with a strong ragout, pearl onions and miniature pumpkin balls pimped up with a light green smoked eel foam. Who thought that would work? Well it does work and was superb. I didn’t want it to end. 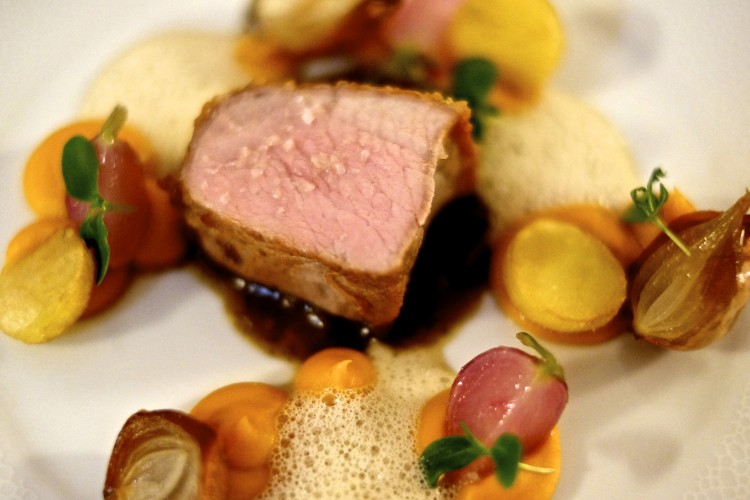 I had spent some of my day wandering around a brilliant photographic exhibition hung in a giant disused factory. Gritty surroundings seemed to help the collection of photobooks that formed the exhibition. It was a series of photo essays composed by hundreds of photographers, some covering the same themes and other seemingly random. They even had a walk in darkroom where you could watch some master printers at work. A better way of keeping photography alive I cannot think of. 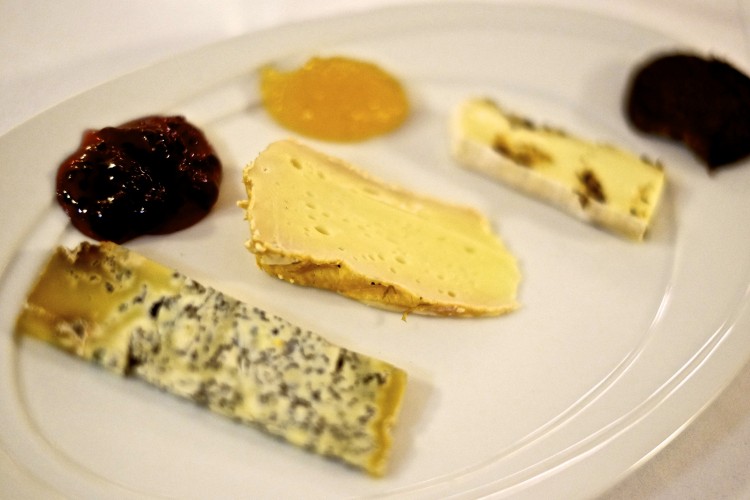 The meal was coming to a close but not before a taste of some fine cheeses (you get to choose these from their own cheese menu – I approve!) Some ice cream and fruits cunningly assembles followed by some homemade chocolates where another demonstration of their range of skills in the kitchen. 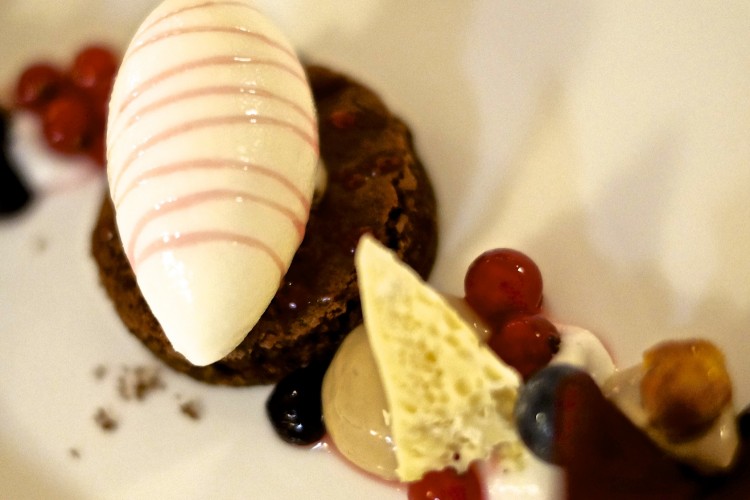 I was introduced to Daniel who proudly showed me the rough cut of a video for the restaurant’s website. It was a rerun of my supper – beautifully shot and edited it will have you drooling if you have a chance to see it. This was a very good meal by a very talented chef. As I warned earlier, he will only grow so my advice is get yourself over to Cologne and book a table before he has ‘people’ who prevent you talking to him and he has the inevitable TV and book deal. They will surely come, as will a star or two from the good people at Michelin. 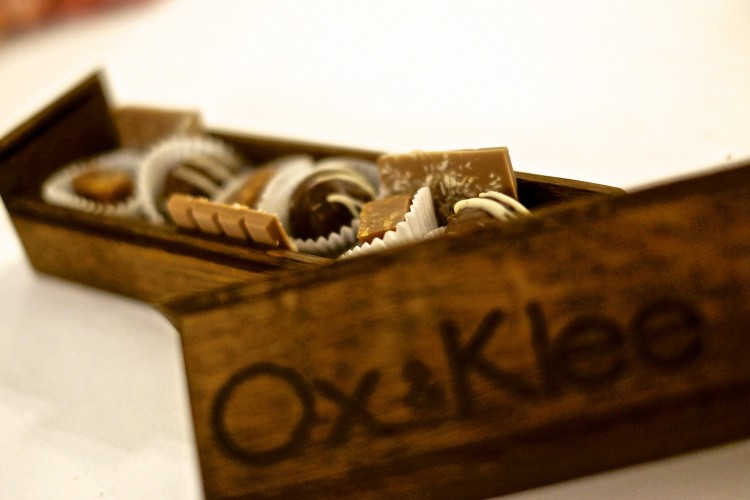 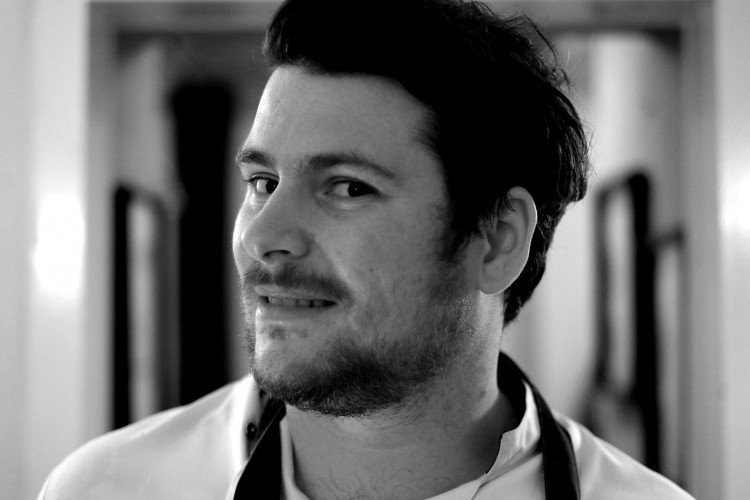