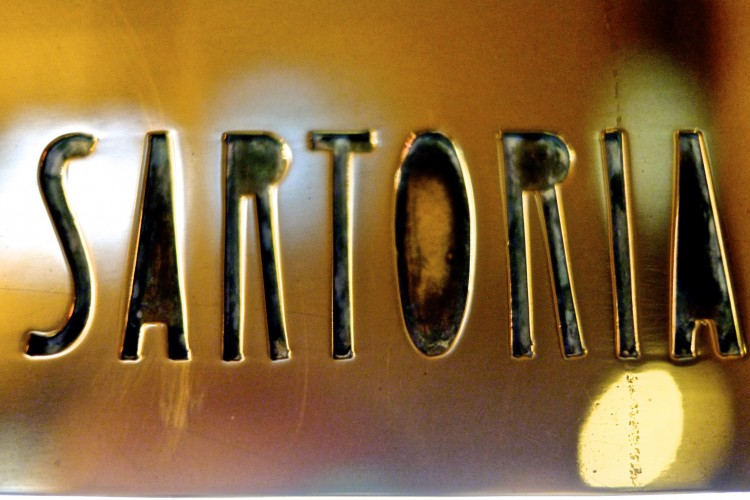 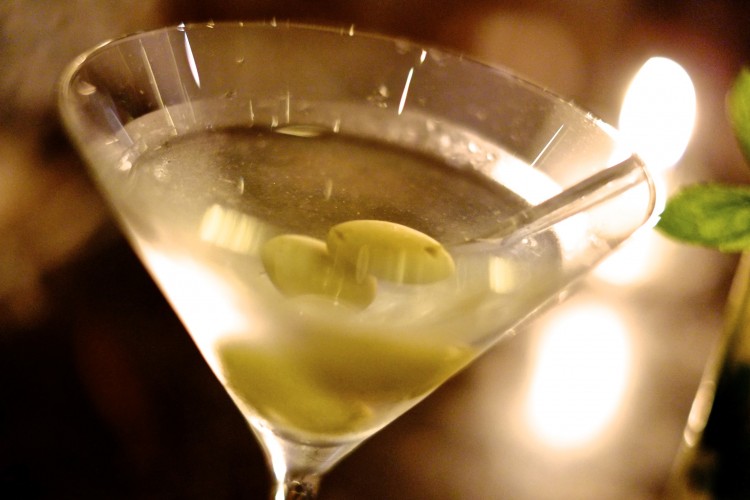 Stylish, classy, sophisticated and elegant, these are all words that can be used to describe something sartorial.  They can also be used to describe Sartoria in Savile Row.  This is a classic Italian restaurant with charming staff and food full of flavour. 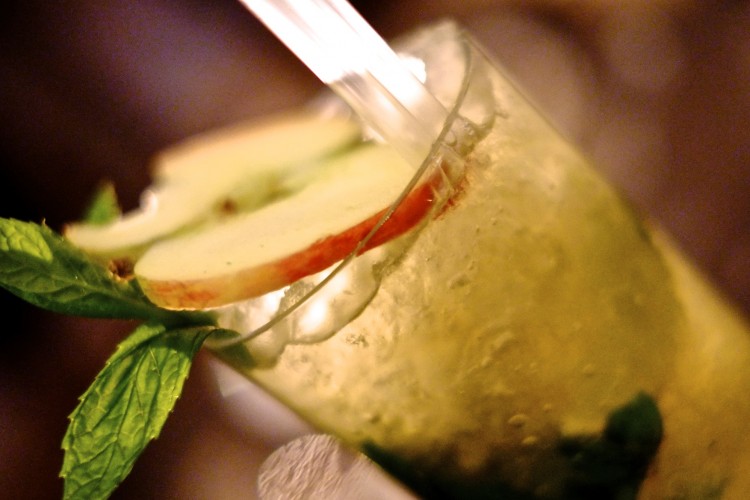 Being the only restaurant in ‘The Row’ makes it easy to find and rather exclusive.  While the shears and chalks lay dormant in the world’s finest tailors on a Saturday evening the contrast at Sartoria was marked.  Buzzing with staff attending a stylish crowd.  We sat in the bar area for a cocktail or two before we ate.  They mix an excellent Vodka Martini with olives and M enjoyed one of her favourites, a Virgin Mojito. 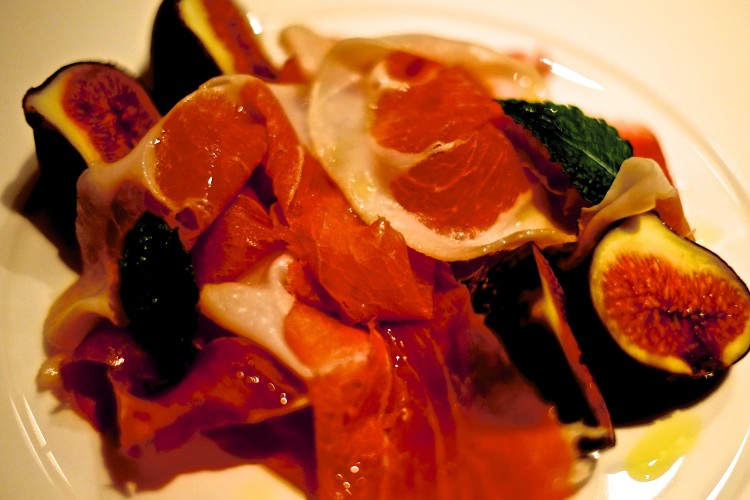 The main dining area is large and graced with sofas as well as chairs.  These are comfortable and sensibly spaced.  We chose a window seat that afforded us a view of Mayfair residents on their way out for an evening.  A glass of Prosecco ‘Jeio’ Bisol N.V was placed in front of me.  What a crisp and refreshing glass it was and so appropriate in an Italian restaurant.  It brought back memories of a recent trip to Venice that had left me homesick even though I have never lived there. 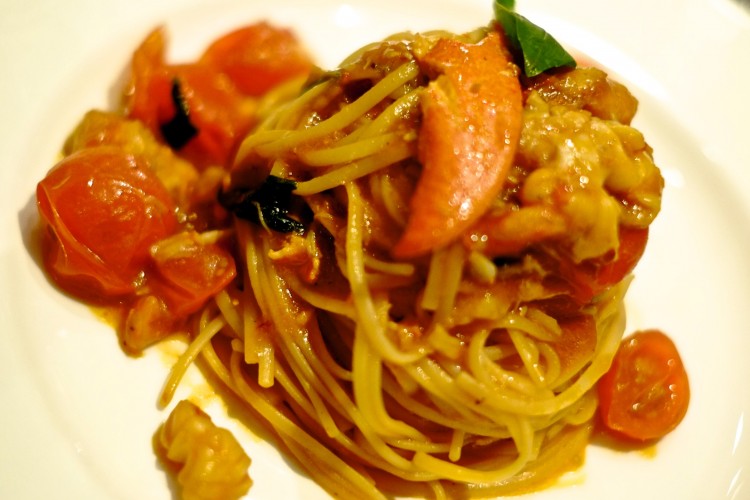 First class olives and oil with bread found a place in our hearts immediately.  I could tell from the service that we were in for a good night.  Our waiter and the Maitre d’ couldn’t do enough for us (or anybody else dining that night) but the real star of the show was a quiet, almost shy man called Michael Simms.  Some of you may know this name he is a legend in the world of sommeliers.  Michael has worked everywhere; The Ritz, The Savoy, Claridges, The Berkley, the list goes on and on.  His gentle charm and guidance impressed me.  Often sommeliers can be accurately accused of up selling, not Michael all his suggestions were reasonable and more to the point worked well with the food. 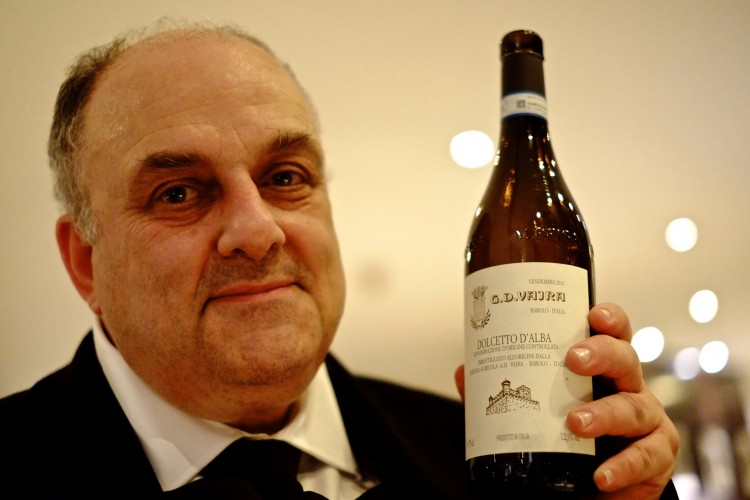 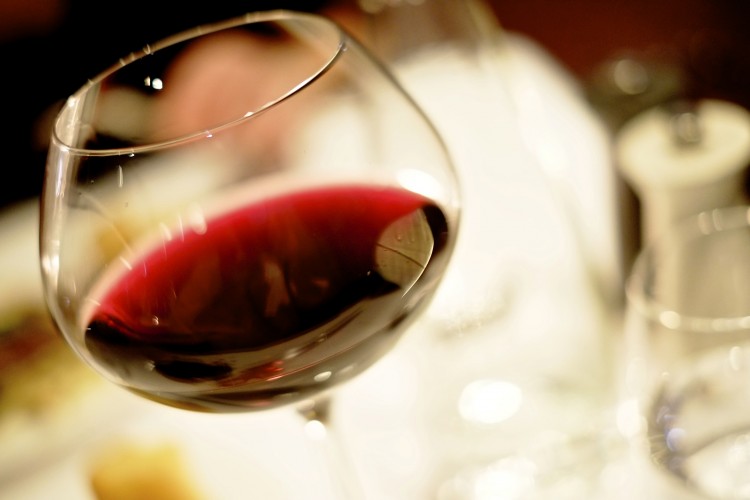 The menu is classic Italian with plenty of scope for experimentation.  Our starters were very good M had Pio Tosini Parma ham with figs which as well as being generous had that taste you don’t find often outside Italy.  They keep this sort of food to themselves.  My lobster Linguine was outstanding.  Slow heat from chilli and tomato sauce, fresh pasta and a little claw on the top, it could not be improved upon.  Michael was busy doing his magic again and had provided a little drop of 2012 Vernaccia ‘Karmis’ Conti Sardega which did the trick nicely, just enough oomph to be heard above the chillis and the lobster. 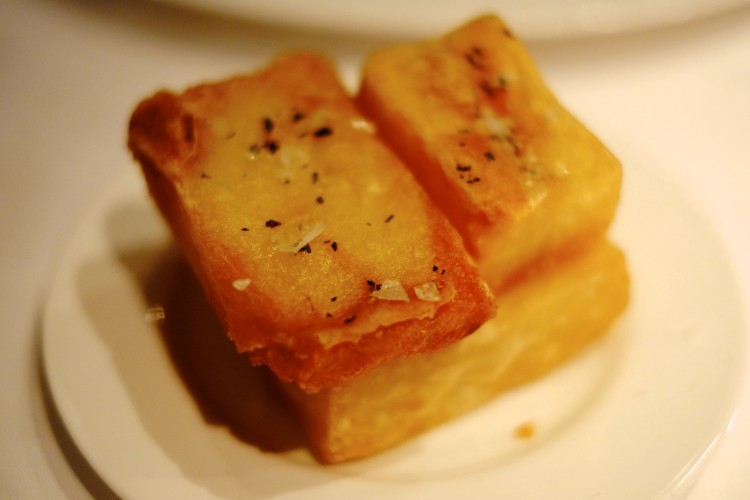 The constant subtle buzz of Sartoria is kind of addictive after a while.  Every 40 minutes or so there was a cake brought out to help celebrate somebody’s special day.  These were not ‘trumpeted’ moments but more a subtle ‘ripple of applause at a village fete’ kind of affair.  The effect is very pleasing, as you know the room is being used in a good way without disturbing other diners.  Their punctuation timed in with our courses.  Very neat. 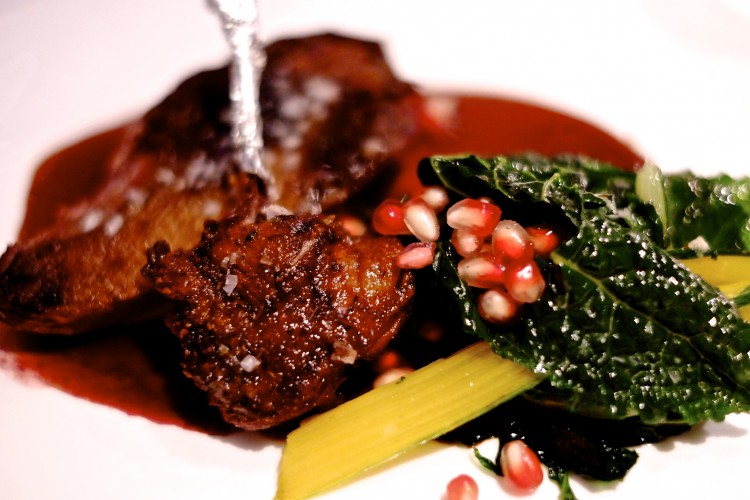 My wild duck with cocoa sauce and autumn greens tasted fantastic but I would say that the duck was just a little on the tough side.  This is being picky as the dish as a whole was very good maybe this particular duck was a bit too wild?  The sauce was made of Madagascan chocolate and just a hint of chilli, a total winner.  I also had a revelation in ‘thick cut triple cooked chips’ these turned out to be industrial squared off roast potatoes, well at least that was what they tasted like.  They were superb by the way, so if you order around these culinary Jenga you can’t go far wrong.  M had a mouthwatering fillet of beef with a giant dollop of Burrata cheese sitting on top with olive puree.  This was sensational.  More restaurants should use Burrata it is an unsung hero of the cheese world and beautiful melted with meat. 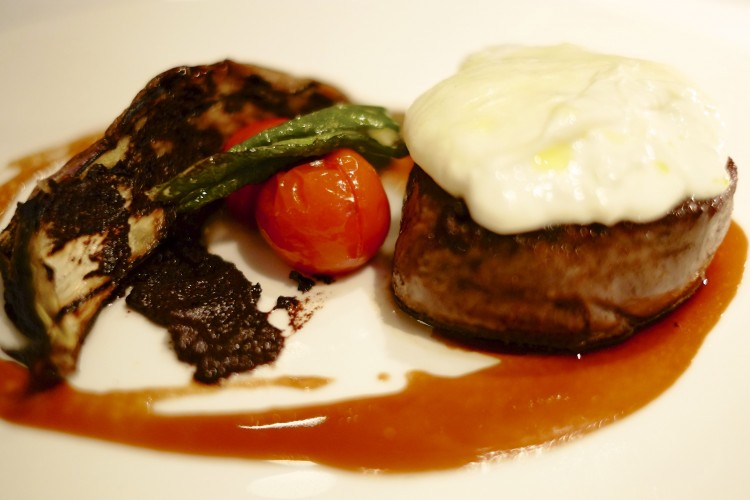 You may be wondering about Michael?  Well don’t worry he went off to get me an extra big glass to fully enjoy the 2011 Dolecetto D’alba G.D. Vajra from Piedmont.  He was right (when is he wrong?) to get a larger glass.  Opening up the flavours of this heady red was needed to provide balance and equal enjoyment of the complex flavours on the plate and in the glass. 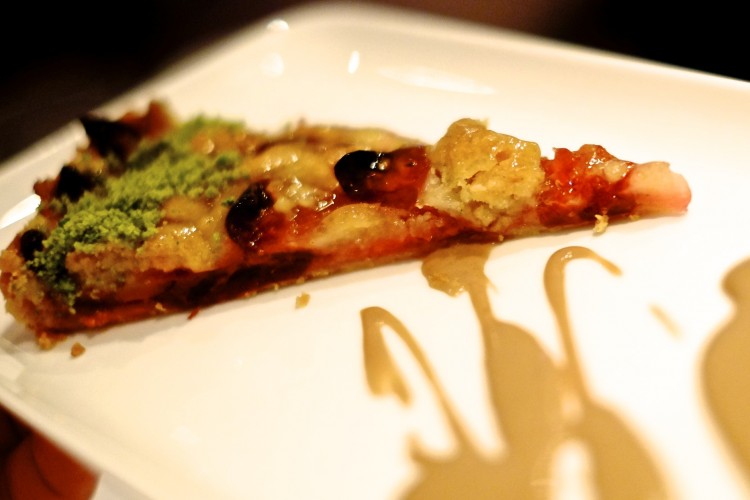 The meal was as all things do coming to an end, but not before a little taste of the cheese trolley.  This was a lovely domestic sized antique piece with a marble top with all the cheeses clearly on display waiting to be placed on my plate.  I had a many different ones all tasted good and fresh including a medium hard Pecorino, which is normally rock hard, but my favourite had to be the truffled one.  Yes my weakness was once again sated.  A buffalo blue cheese was tasted under instruction of course with a Macallan whisky, a heady and potent mix but worth it.  M had a rather wonderful ‘quentsche’ a plum tart made with pistachio and giannduja sauce on the side.  This had a body and taste in equal measure but didn’t bloat at the end of a great meal.  M enjoyed it enormously and it put a smile on her face.  A happy ending you might say. 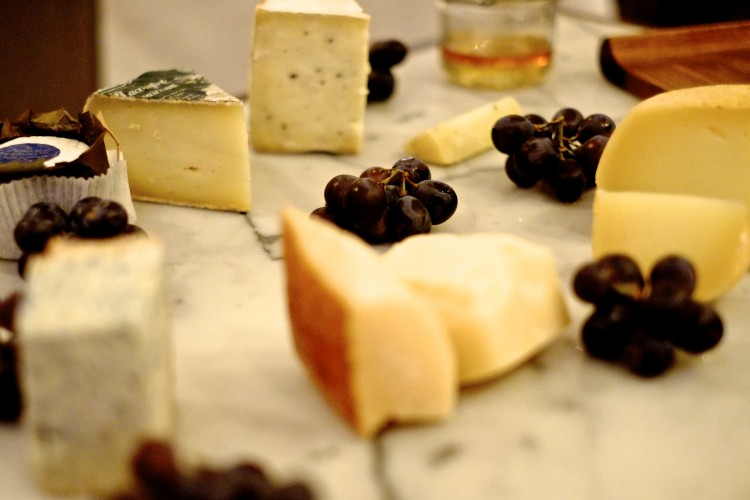 As we were leaving I chatted to Michael and Davide the Maitre d’, both were the epitome of charm and ease.  We discussed the menu and I learned that chocolate week is coming up, (my duck dish was a sneak preview) so I shall be back for more.  Michael talked a little more of his illustrious past mentioning of his time at The Ritz “Where else can you say you served Harold Macmillan, Henry Kissinger, Jackie Onasiss?”   Sartoria really measures up on many levels, it has excellent food, faultless service, very comfortable environment and to top it all it is situated in one of London’s classiest streets, where else could you have that all important first fitting with your tailor and afterwards pop over the road for a bespoke plate of food?  Sounds like sartorial heaven to me. 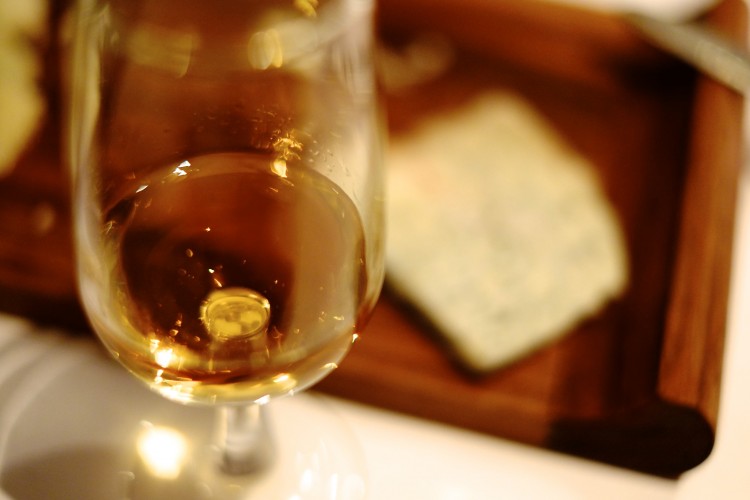