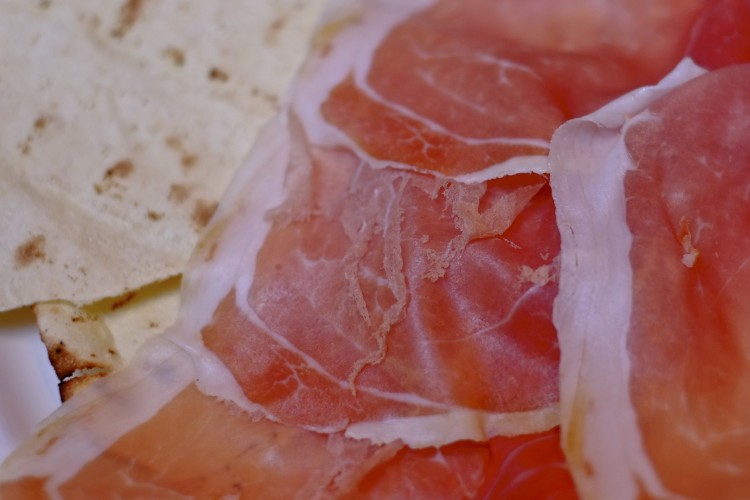 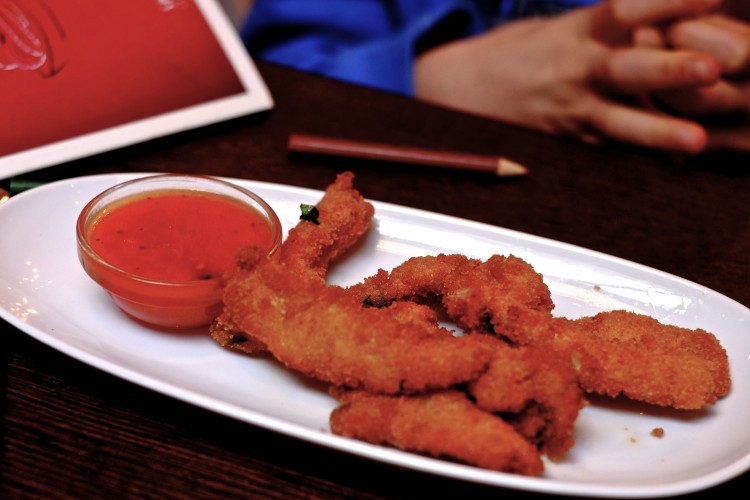 There is a comfortable familiarity about a Spaghetti House restaurant.  I used to visit them quite regularly years ago but just fell out of the habit.  They were always reliable, quick and authentic, a perfect place to catch up with friends to grab a quick bite before or after the cinema.  Well now I have had my own family for some time and to my shame I haven’t taken them to a Spaghetti House.  Not until now that is. 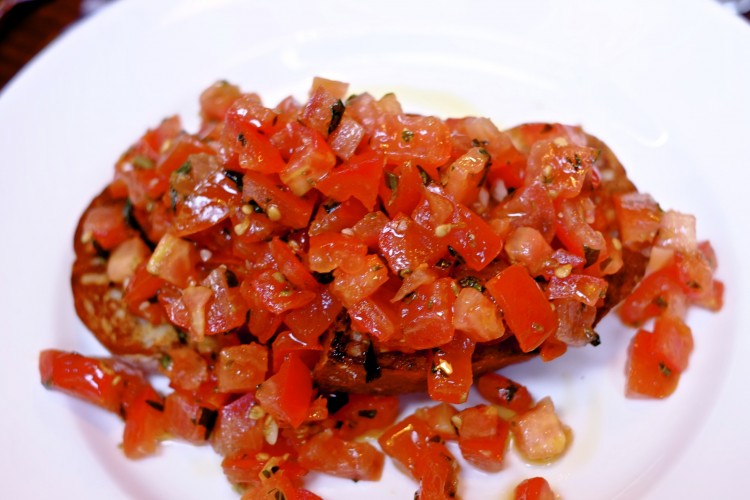 Established in 1955 by two friends Simone and Lorenzo from Italy who came to London for work and missed their own food so much they actually did something about it. The manager, Rocco Cerullo has been with the group for 34 years.  He knows a thing or two about Italian food.  He is warm and smiling, greeting regulars with a handshake and a nod.  Old Italy is proudly on display here.  We were presented with a plate of Parma ham and flat bread as we sat down, a good start. 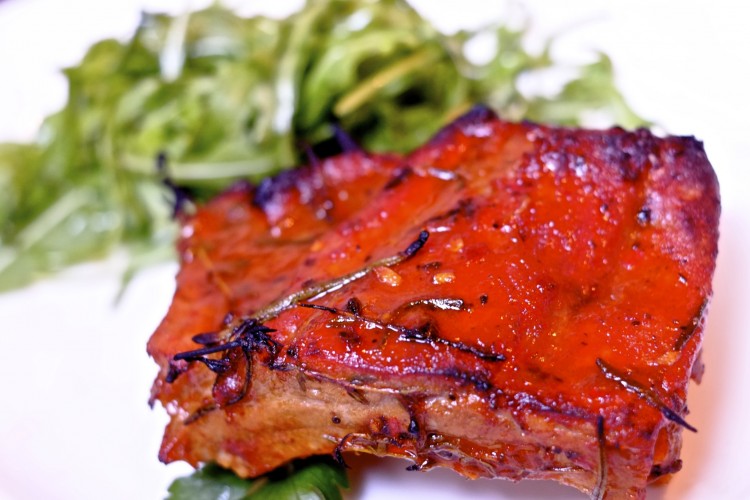 This is primarily a family restaurant; children are catered for very well with their own extensive menu as well as adults.  A, our youngest was delighted with bocconcini di pollo, chicken strips coated in breadcrumbs with a mildly spicy arrabiatta sauce to start.  All the food is prepared freshly here and if proof were needed the kitchen is open so you can see exactly what’s going on.  X, Our eldest who is just short of his 15th birthday seems to have grown up so much in the last few months so it wasn’t such a surprise that he ordered olives served on ice. 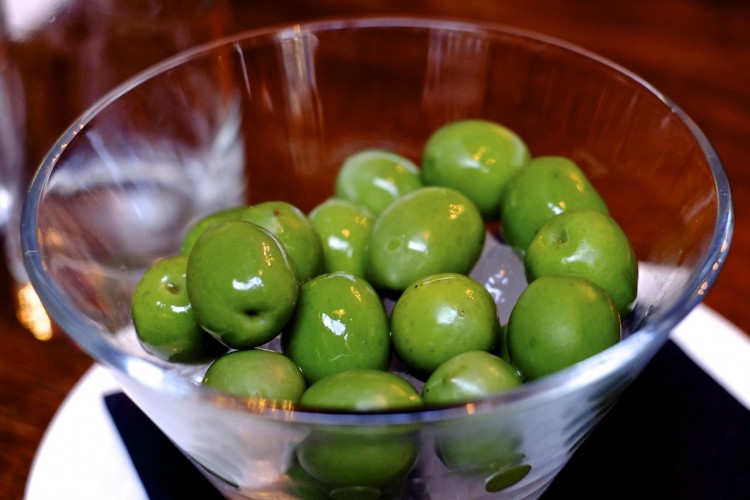 M had a journey into the unknown and selected costine, that’s spicy baby back ribs, tomato and garlic and acacia honey glaze.  We lost M for a while as she wholeheartedly put her back into the soft sweet and slightly hot ribs.  She came up for air when they were all gone; I had managed to snaffle a morsel before they were no more and can say they were delicious.  I went for a more conventional bruschetta, which was very generously loaded with prime fresh ingredients and brought the sunshine of Italy to my mouth. 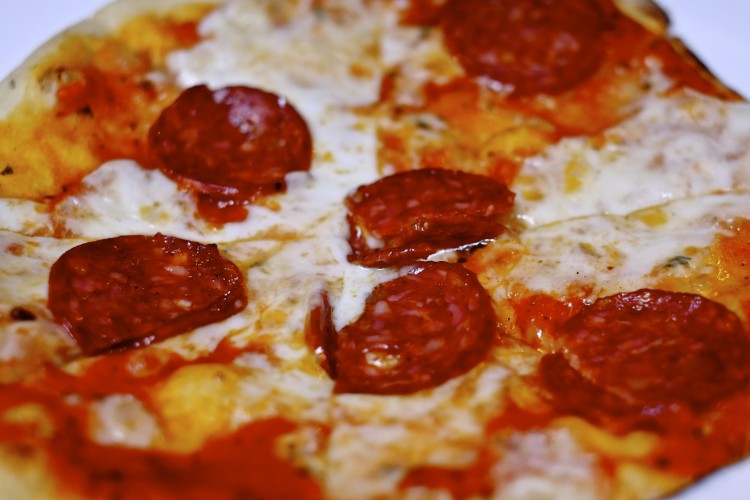 X has long been my chief shellfish taster, he loves it where as I only do sometimes.  So it seemed only natural for him to try out a new addition to the menu argosta, a lobster pizza.  This was no gentle suggestion of lobster it was positively strewn with it.  Including a large section of the shell, it looked splendid and very theatrical.  Although it is more expensive than other pizzas at £16.50 I’d say it was worth it.  The freshness and quality of the ingredients made this choice a winner for our ‘young’ man.  M and I decided to emulate that scene in Walt Disney’s The Lady and the Tramp. 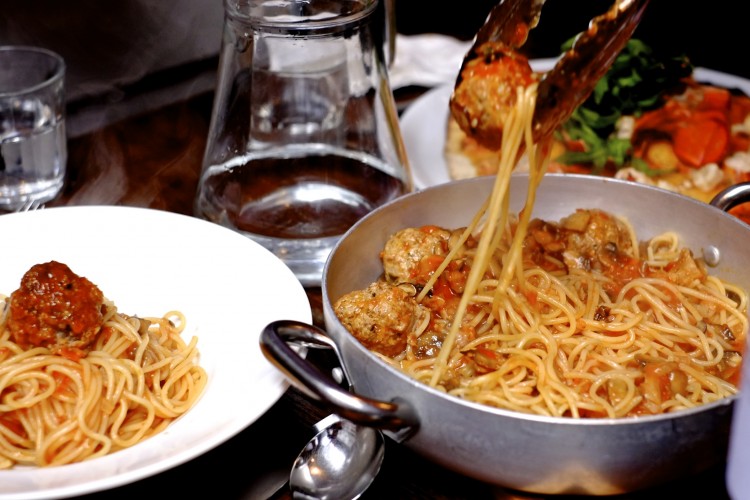 The spaghettata, a giant bowl for two to share comes with various sauces we chose meatballs.  We did think about copying the dogs from the film sucking up the same strand of spaghetti and ending in a kiss but felt the children might never recover emotionally so ate in a civilised fashion.  It all went down very well, an authentic sauce of mushrooms and plumb tomato and superb meatballs made with beef and pork and a grating of Parmesan to top it off.  Fully recommend this dish especially if you are a couple with no children, you know what I mean. 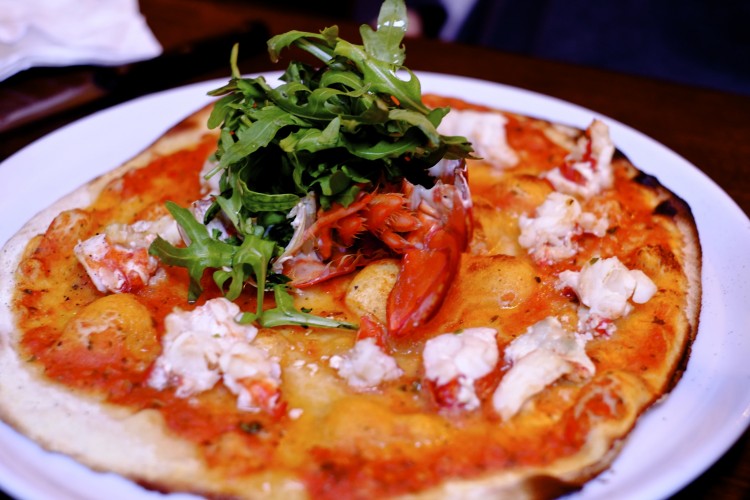 A had for him the perfect pizza, an American picante.  Normally he will leave some of this pizza when ordered at a certain pizza chain whose service is not always express shall we say.  Not here, he ate the lot in a trice.  A couple of good sides are worth a mention too, cauliflower cheese was light and the vegetable still had crunch and rosemary potatoes had a distinct garlic taste to them. 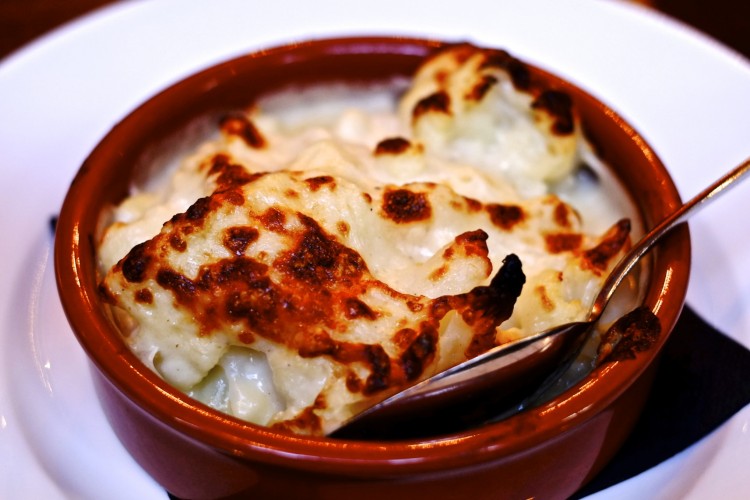 The emergence of our rapidly growing ‘young’ gentleman was complete by the time we hit our desserts.  As we chatted with our waitress A wanted bignet alla panna, profiteroles drowning in chocolate sauce, M went for strudel de mele, an apple strudel with toffee ice cream, a tasty classic and I had a zabaglione made freshly although I think they made an exception for me it was delicious and I appreciated the effort.  Whereas X just casually asked about the coffee options and had a single espresso.  When we all looked at him in astonishment he shrugged and said “well if I had a double espresso at this time of the day I’d never get to sleep”. 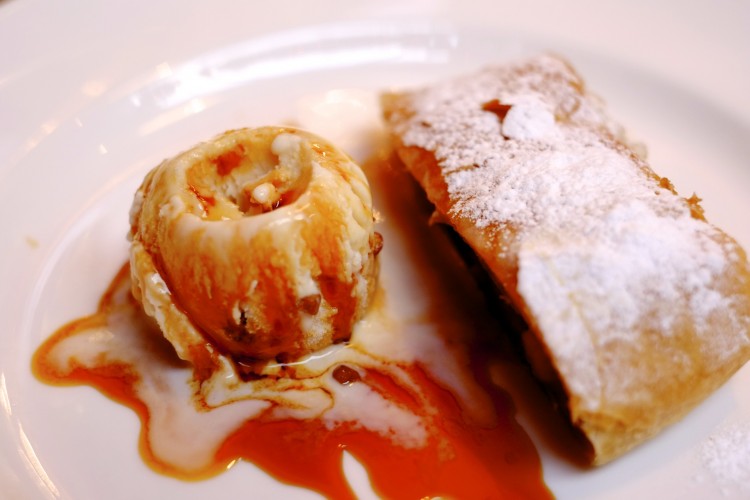 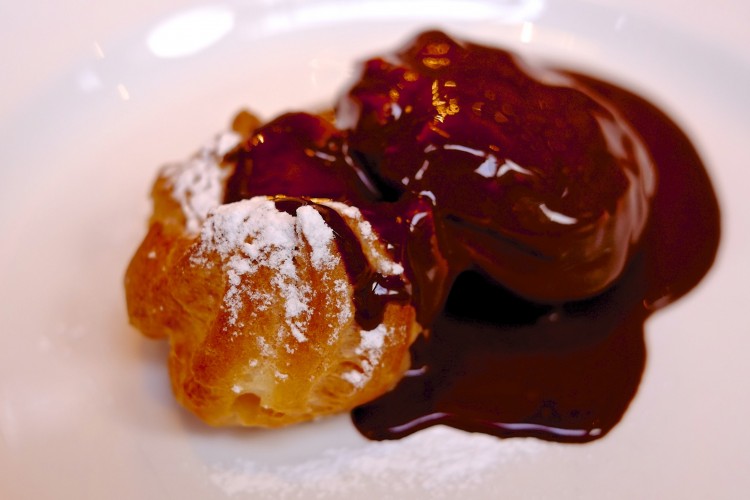 This family restaurant was pretty much perfect for my brood, the food is authentic, tasty and the service unostentatious.  The location is also good as with a bit of determination on a Saturday you can park near by or simple take the tube.  I suppose the biggest revelation is that our eldest son is not so far off telling that he likes his olives in cocktails that are shaken not stirred. 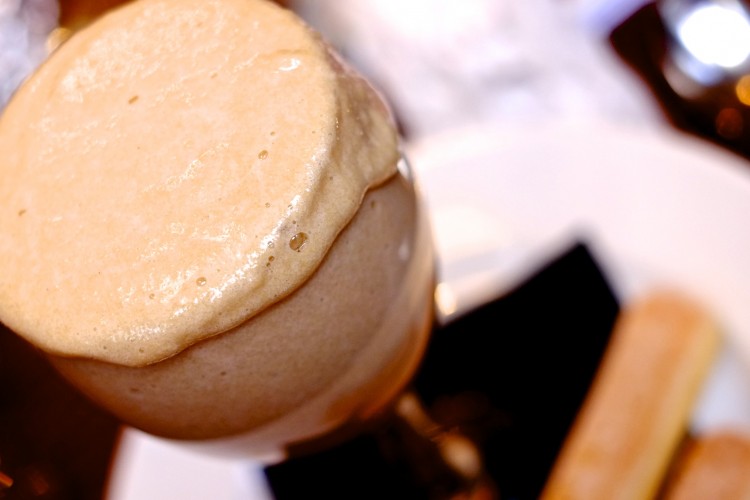