About 15 years ago a serious decline started in pubs. Across the country they were falling like flies. The country local was no more, the London boozer had reached its end and the world was a poorer place for it. In recent years there has been a resuscitation of the London boozer (and to a certain extent the country pub as well). The old adage of use or loose it has never had such clear proof. We all started to eat out instead of going to the local, of course gastro pubs have been around for a while but have always sat uneasily in my view, not being either one thing or another. 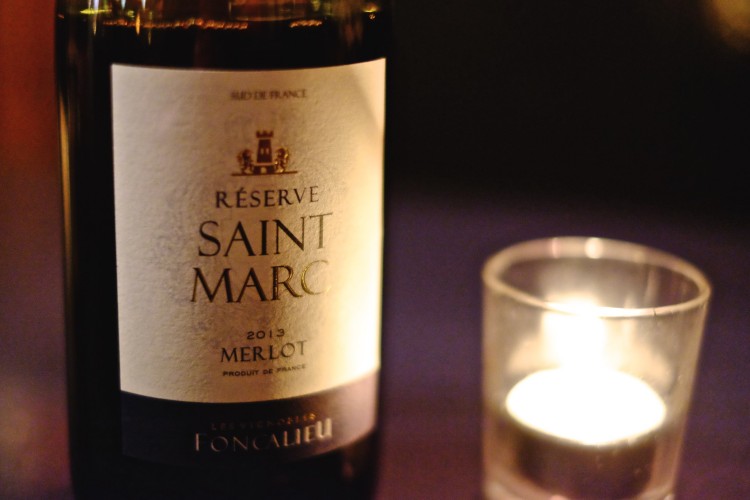 Step in The Goldsmiths Arms and a growing army of revived London boozers. This new breed is leaner, sharper and less patronizing than its predecessors. I visited The Goldsmiths Arms on a Saturday evening, it was busy and a lot of the patrons were eating. The simple combination of food and drink should be easy but it’s harder than you think to pull off.

Firstly what this place is doing right is that it’s spacious, plenty of room to move around the tables. Secondly the spaces are separate, one area for eating (although you can just drink there as well) and one for drinking. It’s kind of intimate in a vast sort of way. This once enormous London pub is now ringing to the sounds of draft beers being pulled and cool retro trendy music wafting through the airwaves. 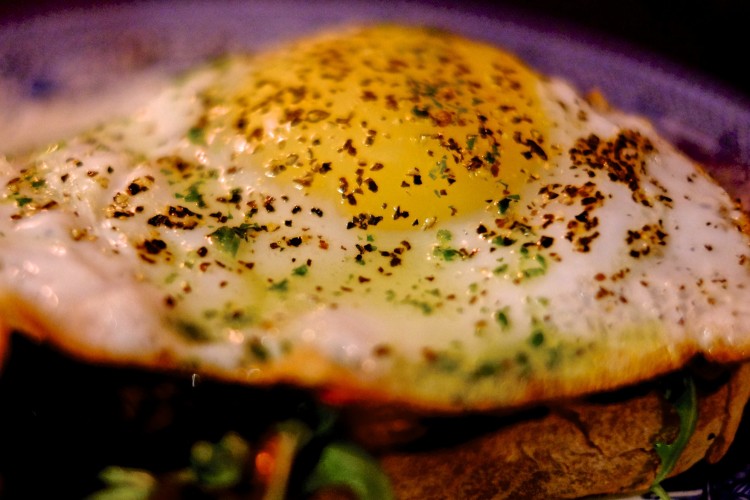 The menu is smart and covers most bases. M had field mushrooms, sourdough toast and a fried duck egg. Essentially mushrooms on toast with an egg it had been raised to a new level because of the quality of ingredients. The mushrooms were outstanding and the rich egg made this more of meal than a starter.

The manager, Adam has overseen the pub’s resurrection a few months ago and the introduction of the kitchen more recently. He recommended the grilled black pudding, potato cake and ale braised onions as a starter that wouldn’t overwhelm. He was right, a full award winning black pudding from Oakwell sat on a light crispy potato cake was a hit. Large enough to make an impact but not enough to fill you before the main arrives. 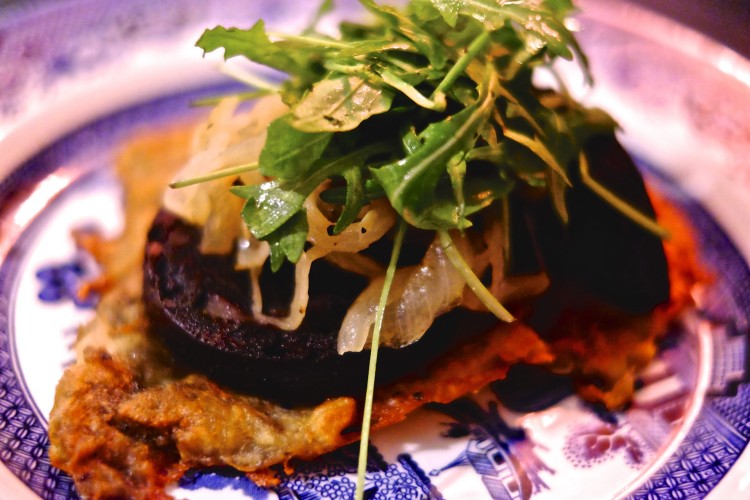 My slow cooked pig cheeks, potato dumplings and salsa verde was only put on the menu by chef Andre when he realised that they didn’t have a pork dish. My gain, it was superb, pretty looking and full on flavour made this stew-like bowl of goodness a winner. 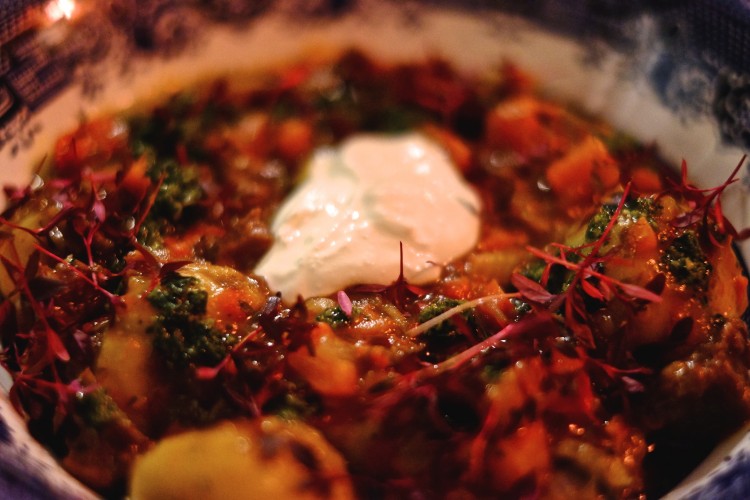 M’s char-grilled Hereford sirloin although tasty and cooked perfectly (rare just as M had asked) it was a bit chewy. I wonder if this type of restaurant within a pub should stick to the more creative deep flavoured old school cooking that it does so well? Why chase the steak market when you don’t have to? The fries were good and crispy and the meat did benefit from the generous Stilton butter lashing around. 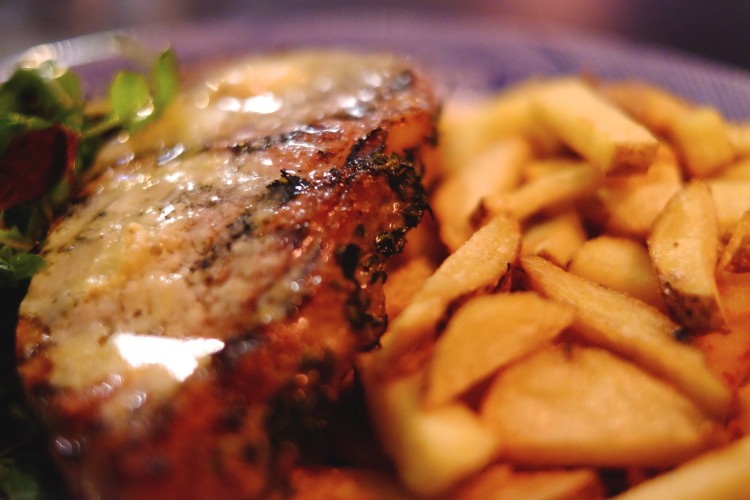 A good cheese board of the king of Cheddars, Mongomery (how often do you see this in a pub?) a triangle of Brie and perfect Stilton with grapes and sound chutney sealed the deal. The relaxed pace of Goldsmiths starts to rub off you and by now we felt we had moved in. The music wasn’t too loud and the light wasn’t ridiculous. We were beginning to really like this place. 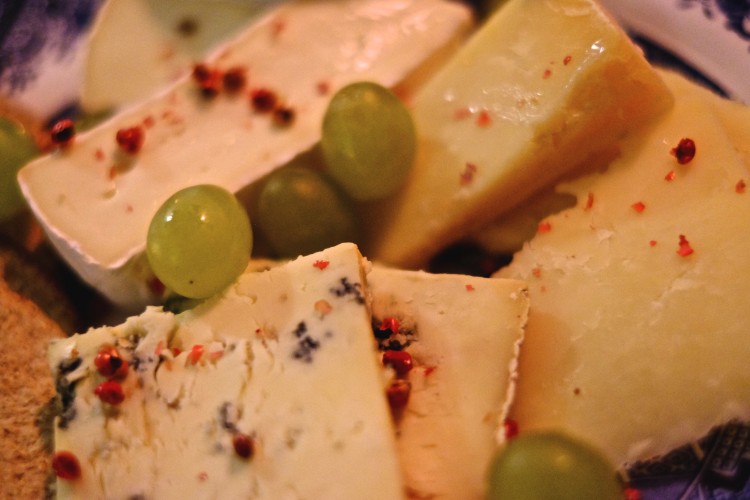 My stomach said no but my professional head said a pudding was a must. I thought I’d keep it simple and chose apple pie with custard. It came with a sliced strawberry on top. Old school and unashamedly not fancy all the effort had been put into the taste. It had a good sprinkling of cinnamon to help it on its way, a good ending to a good meal. M had similar thoughts about being full but was eventually tempted by the warm chocolate pudding and raspberry ripple ice cream. This was rich and powerful. I couldn’t have eaten it after my meal but it did taste good, one for the many chocoholics out there. 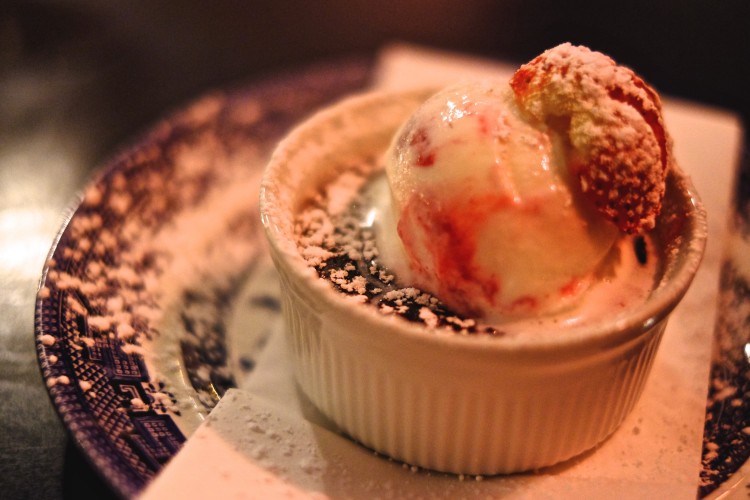 With draft beers like Ruck ‘n’ Roll and Mad Goose it’s no surprise local and not so local breweries are part of the make up here. Put in a few good wines, a beer garden and stacks of child seats for those weekend moments and you’ve got a cocktail of drinks success and considered food. The quirky decor adds to the charm, there are interesting pictures and trinkets adorning the unmodernised walls and ceilings. 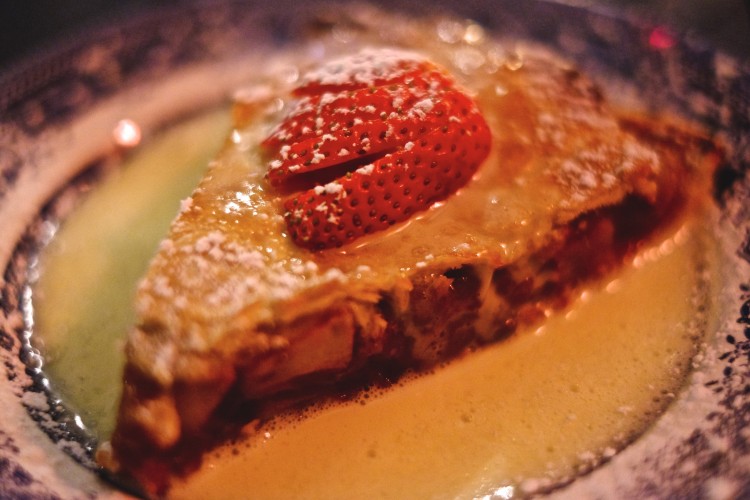 We were there the night before Mothering Sunday. I asked Andre how busy it was going to be, he calmly said there were 170 bookings over three sittings between 12 noon and 7pm when the kitchen closes on a Sunday. That’s a pretty busy service for a pub with a restaurant that’s only just opened. I’ve got a feeling this is only the beginning of its new life. 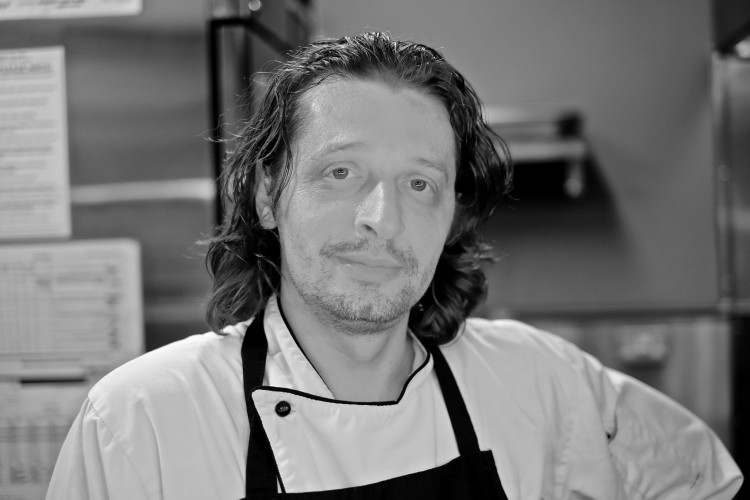