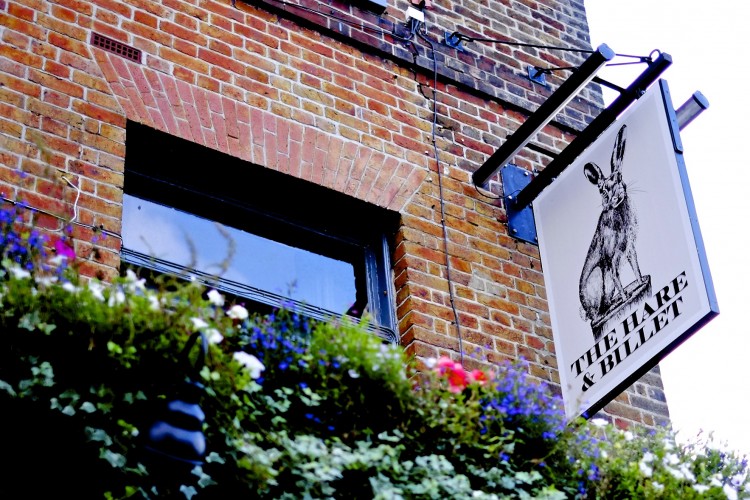 The Hare and Billet

1a Hare and Billet Road 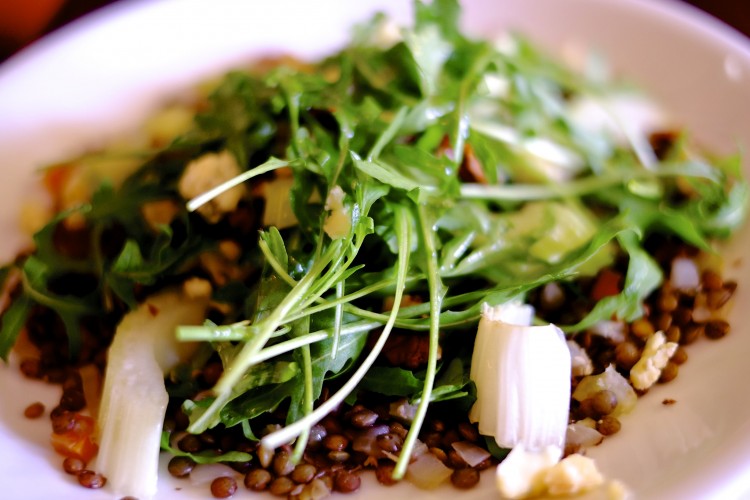 Being invited out to lunch by a friend is always a good thing, being invited out and then they pay for it is even better.  That’s what my lunch companion W did for me recently.  We visited The Hare and Billet midweek and all was quiet.  All the better to catch up and have a natter in peace. 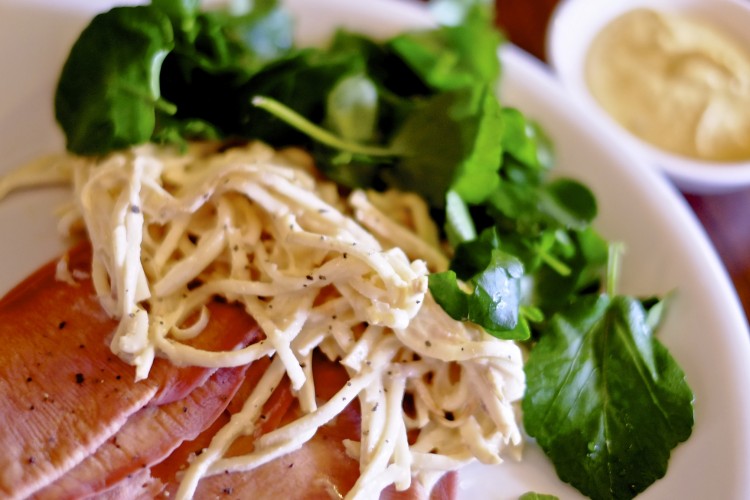 The Hare and Billet has undergone a facelift and expansion earlier this year.  The kitchen has been subsumed upstairs leaving a good-sized dining room in its wake.  The walls are panelled in oak and given a dull natural finish; the painted surfaces are more Farrow and Ball than Dulux.  I liked the space a lot.  I’d imagine it would be hard to get a table at the weekend. 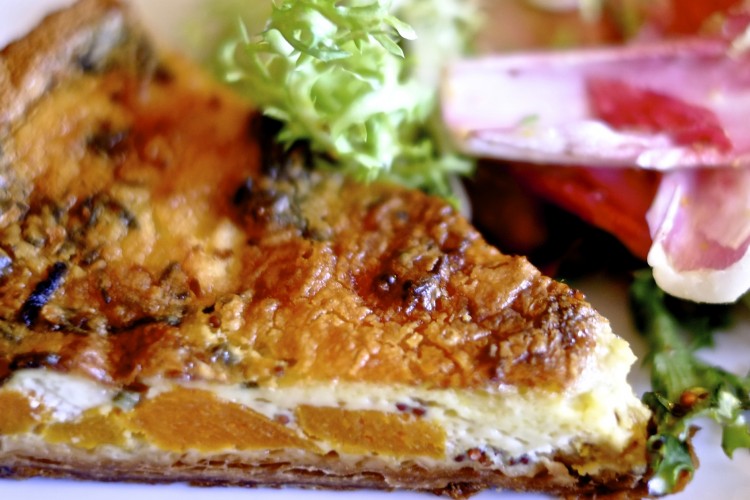 We chatted about a recent wedding that we had attended and decided it was perfect in every way; Georgian Country House tick, lots of Champagne tick, great food tick, brilliant and emotional speeches tick and hilarious dancing by all ages tick.  Yes it was a fine wedding indeed. 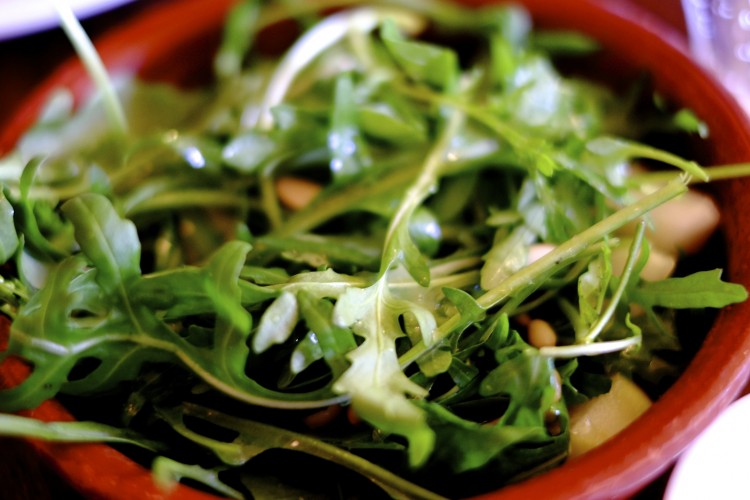 The food here is gastro simple by that I mean that it is certainly not ordinary, W put it splendidly “It’s not chicken in a basket with chips sort of pub grub is it? ” But it is food that has aspiration but not pretentions.  Mushroom soup was there, perfectly in season, a mackerel salad of potatoes and crème fraîche could have tempted but I plumbed for ox tongue, rémoulade and rocket.  The three worked well together but in hindsight I should have asked for some sort of dressing other than the mustard I was given.  The texture of the rémoulade worked a treat with the ox tongue.  W had an altogether better idea and chose warm puy lentil, blue cheese, celery and hazelnut salad.  A massive portion for a starter and it had great flavour and solid texture. 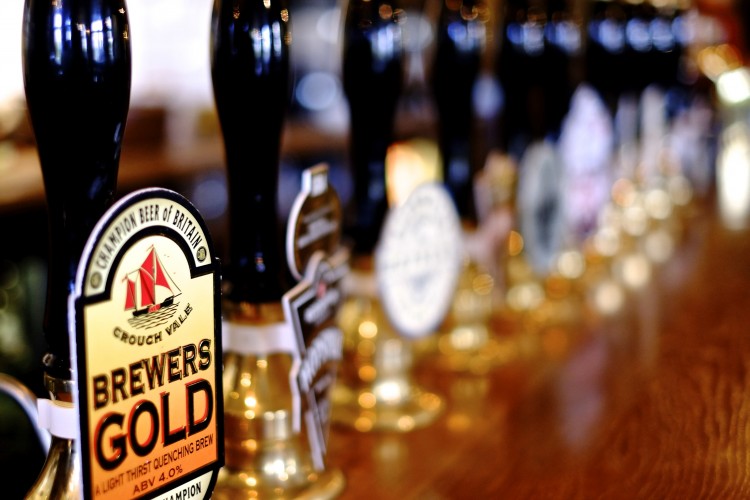 There was more talk of the dynamics of wedding dancing it must be our age, as it seems to constantly amuse us.  W recounted how there were dads doing their ‘best’ and a couple of floor-hoggers who had clearly had some training sweeping around knocking drinks flying.  Children getting in the way and I seem to remember quite a lot of illicit flirting going on, maybe its my age again but I do believe that everybody had a scream.

The mains were delivered with a decent interval and proved good choices.  W elected to go for seasonal butternut squash and Ragstone cheese tart, again a seasonal classic that seemed to fit the sunny autumn day like a glove.  I had orichetti pasta (little cap shaped) with vibrant green Cavalo Nero, walnuts and a healthy (or should that be unhealthy) dollop of Marcapone.  This had for me all I expected, the pasta was to the tooth, the walnuts gave it texture and the Cavalo Nero lent it majesty.  This variety of kale has many names but the most amusing I think is dinosaur kale, it might just be the way to get kids to eat their greens!  W was working her way through the tart, I tasted some and it was lovely, I always forget how good butternut squash can taste when in the right hands.

Up to this point I would say that all the food we had eaten was good but not outstanding.  This changed when my dessert arrived.  It was a quick decision as W was on a timetabled day so had to leave shortly I just picked at random a blueberry tart with clotted cream.  This was outstanding and raised the bar significantly.  It looked like it was going to be a heavy moist experience but it melted in the mouth and was as light as a feather.  Whoever made it should be very proud, a good end to a lovely lunch. 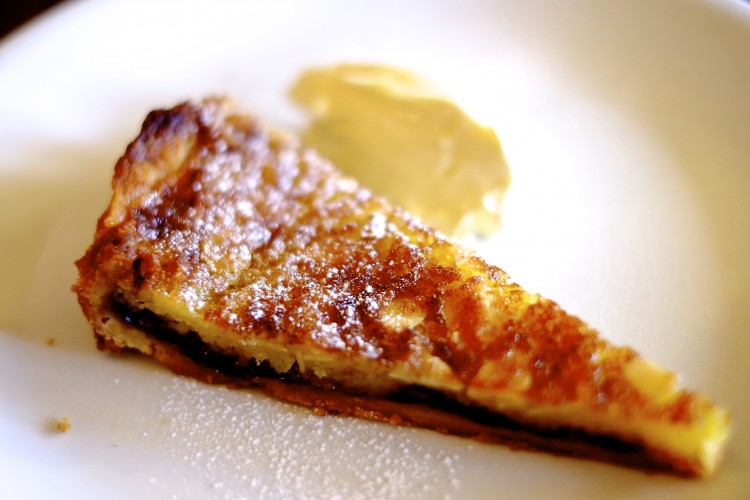 It’s worth saying that The Hare and Billet also firmly stakes its credentials as a pub, they stock at least 10 hand pulled beers at any time, so it’s not just a place to eat.  This is quite hard to get right but I suspect that the refit and solid menu will create many a convert to both making it a regular pub and place to have food.

As we walked back to W’s house and after the few glasses of wine I had enjoyed started to have an effect I was rather tempted to re-enact one of my more daring dancing triumphs from the wedding.  I had a good think about it and realised that my memory was probably not as good as I would have liked, maybe it wasn’t that much of a triumph and after all average dad dancing doesn’t look the same in daylight on Blackheath, it’s probably something to do with my age.