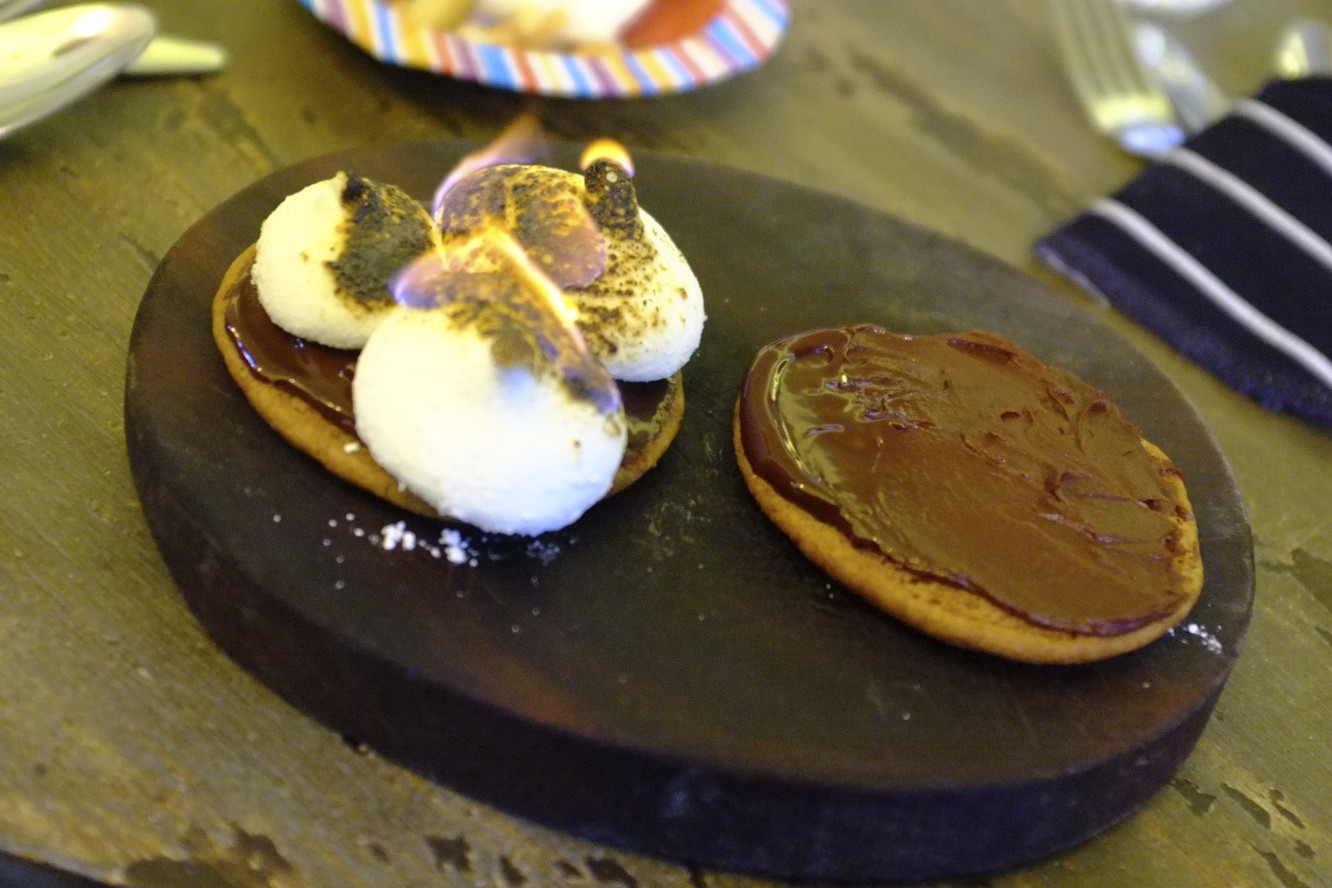 Recently refurbished to create a distinct division between bar and restaurant Jesse Dunford Wood has pulled off a pub transformation yet again.  He started up the much acclaimed Mall Tavern with its own smoke house on the roof and a chef’s table with quite a wild reputation.  This time he has moved location from Holland Park to Kensal Green although my Tomtom calls that part of London north Kensington.  Shouldn’t think the residents will complain too much.

The building was once a beloved London boozer that had gone by the wayside only to be revived and now serving craft beers and superb food.  The renovation has installed shoulder height wooden panels painted in a rich teal and topped off with white tiles above.  It not only looks very fetching but so authentic, I was surprised to find out it had only been there four weeks.

The word parlour has a few of meanings.  It can refer to a sitting room, a shop or business selling ice-cream and a place to milk cows.  The origins of the word come from the old French parlur which means ‘place for speaking’.  I think this is the most appropriate definition.  Sunday lunchtime and it was full to the rafters with families and babies.  In fact we saw no less than seven babies (all beautifully behaved I might add).  These groups were really just chatting and eating and hanging out.  Welcome to the new nappy valley (north Kensington branch).

A lot of the food was familiar, as it is in the same vein as The Mall Tavern.  One of my favourites, cow pie with buttered cabbage has made it north and mushroom and chestnut pate has a place here.  We chose new slopes to graze on with a smashed avocado on lazy toast and hash browns with poached eggs (you can have your eggs any style).  The avocado came with a giant salad and tasted OK, but I would have liked a bit more bite.  The hash browns though were superlative.  If you find yourself there and requiring an all day breakfast then this is the dish for you.  Crispy outer, no oil or grease and firm but with give inside, really it was like a giant rosti with a wisp of salad.  The eggs were textbook poached, yolk gushing forth when cut.  It’s easy to forget the wonderfully simple foods than can come out of a kitchen can be the best.  I could have eaten this plate of food three times over.  It was that good.  It being Sunday, it was roast time.  The beef was good and very tasty.  It’s worth noting that the portions here are fairly gigantic.  Not good if you’re on a diet (so go before Christmas) but just the ticket if you’re hungry.  A smoked salmon fishcake and poached egg with a delicate Hollandaise sitting atop a mattress of steamed spinach was both refreshing and rich at the same time.  The great thing about Jesse Dunford Wood’s cooking is that it pulls off two diametrically opposing forces: strong flavours and subtlety with success.  These mains were £15.50 and £13.50 respectively.

The ease at which you can pass an afternoon here is worth a mention.  Nothing is too much trouble for the attentive staff.  We sat next to a real fire that after a while started to dwindle.  In but a moment a man appeared with a blowtorch and kindling and coal.  In a matter of minutes we were again at one again with our cosy hearth.  Little touches like this add a value that is hard to price.

Deserts a la Jesse, are always interesting.  You can choose from a moist flourless chocolate cake, which I liked very much or a deconstructed mousse that you then assemble yourself with nuts, blackberries, honeycomb, sticky chocolate bits and the like.  Kids love this sort of fun dessert.  It’s as close to playing mud pies indoors as you are likely to get.  There is a close relationship with marshmallows and Jesse.  He does a ‘theatre’ dessert where they get torched at the table while sitting on some homemade cookies and chocolate.  These are priced around the £5 mark.  Not only worth it, but a joyful ending.  For the less sweet toothed they have a selection of well-kept cheeses.

So, would I go again?  Yes I would.  Would I eat the same again? No, simply because I’d like to work my way through the rest of the menu as the food is cooked with care, passion and flair.  That always makes a curious diner hungry for more.  So head off to The Parlour with your friends and family, enjoy the food, ambience and ‘place for speaking’.